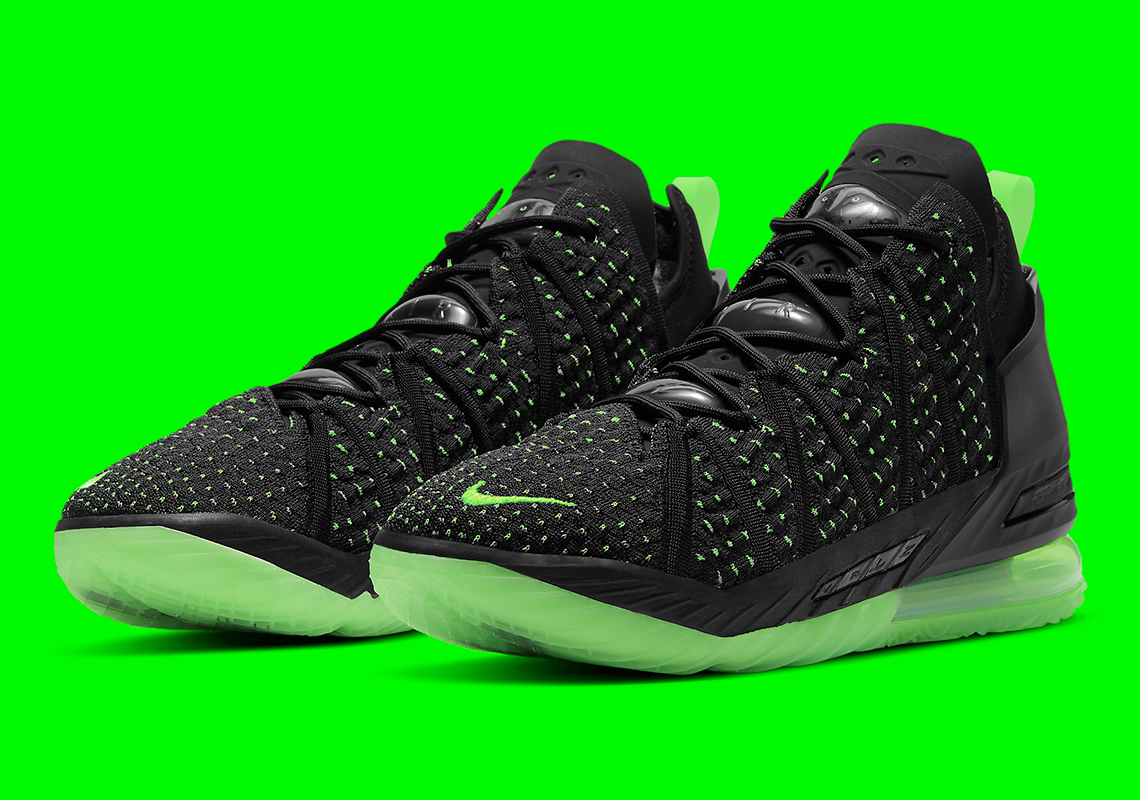 Dunkman Makes A Triumphant Return On The Nike LeBron 18

LeBron James’ high-flying alter ego of “Dunkman” was birthed during his first-ever regular season game against the Sacramento Kings back in 2003. Among the many highlights of that NBA debut was a snapshot of the then-teenaged King soaring to the basket for an easy one-handed flush – and from that moment on the “Dunkman” was born. In fact, it became an ongoing sub-plot in the Nike LeBron series as the signature electric green colorway was attached to the persona through various Player Exclusives and eventual releases, but over the last few iterations of the Nike LeBron signature shoe, the Dunkman took somewhat of backseat.

On January 29th, the Dunkman will make its much-awaited return on the Nike LeBron 18 silhouette, appearing in straightforward Black and Electric mix with the silhouette seen through the translucent neon outsoles. The green also dots the Knitposite 2.0 upper as well as the heel pull-tab and medial Swoosh. This definitely conjures up a bit of nostalgia for LeBron fans, so we expect these to be of high interest once they drop later this month for $200.

In other Nike LeBron news, Nike SNKRS is currently running the LeBron PE Vote Back, allowing fans to choose one legendary PE of the past for a retail release. 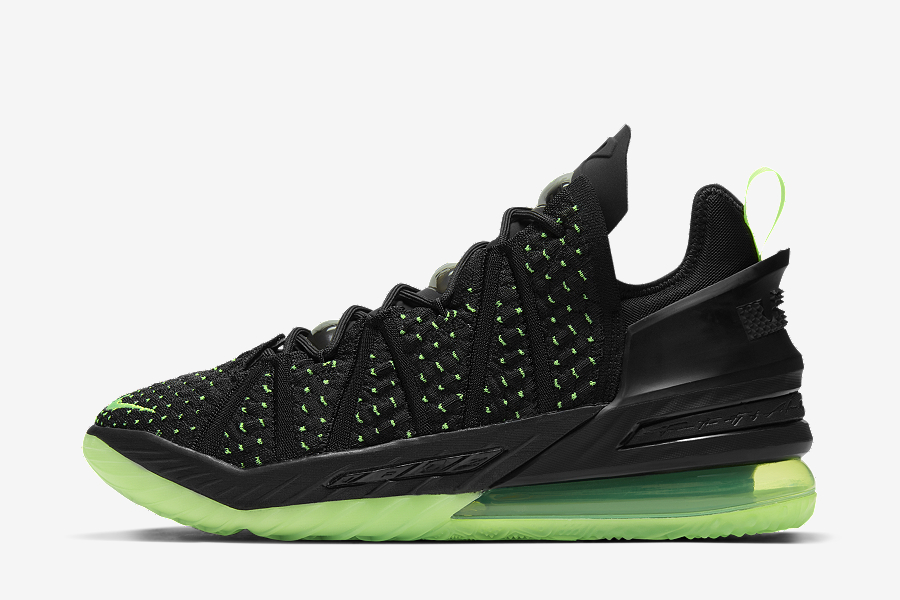 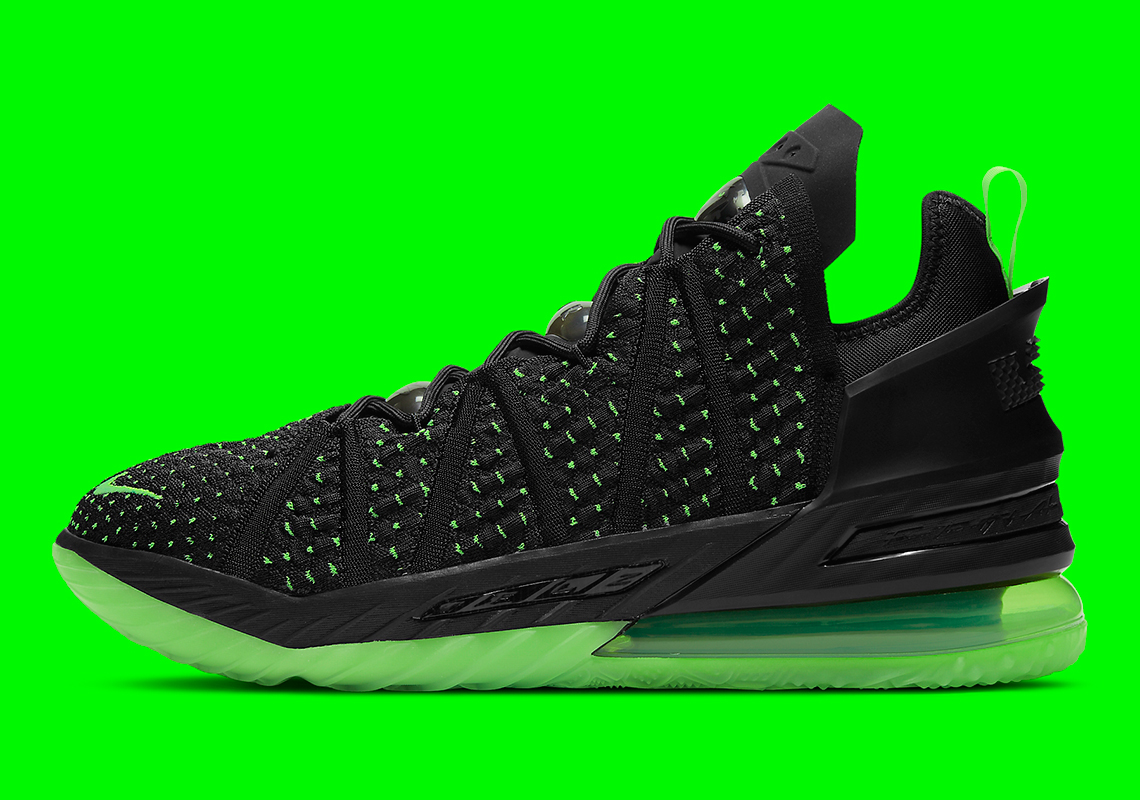 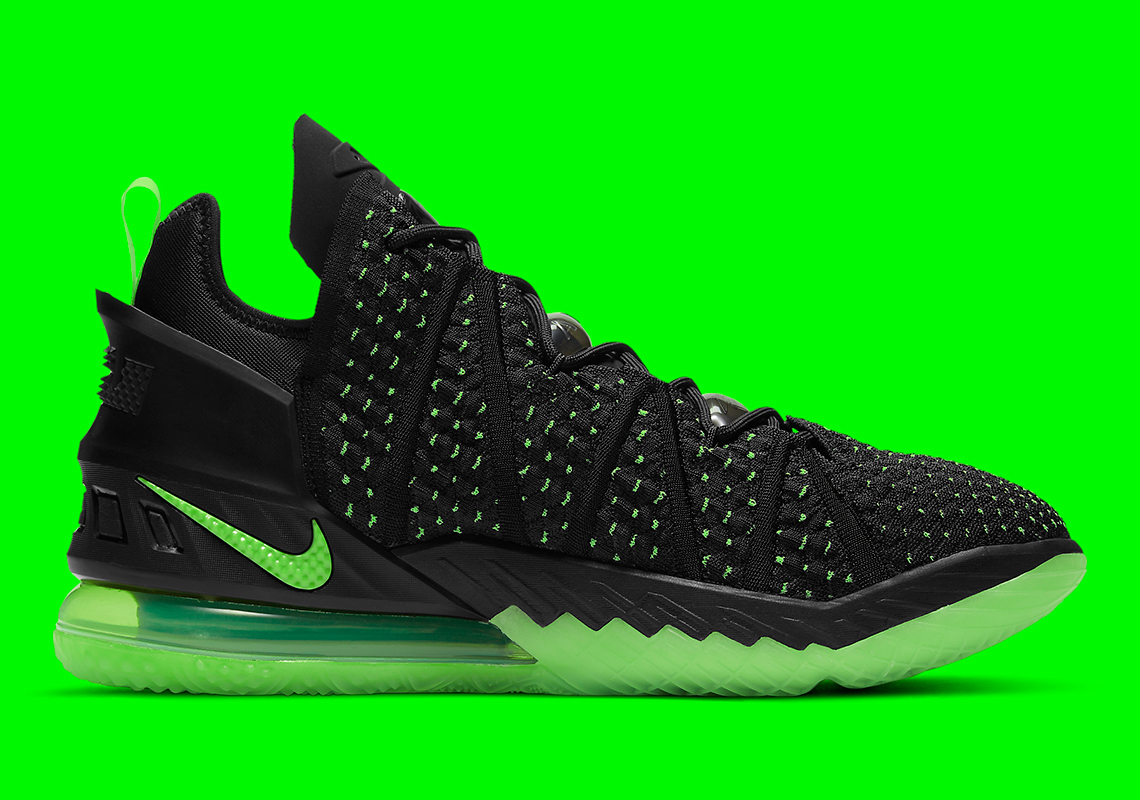 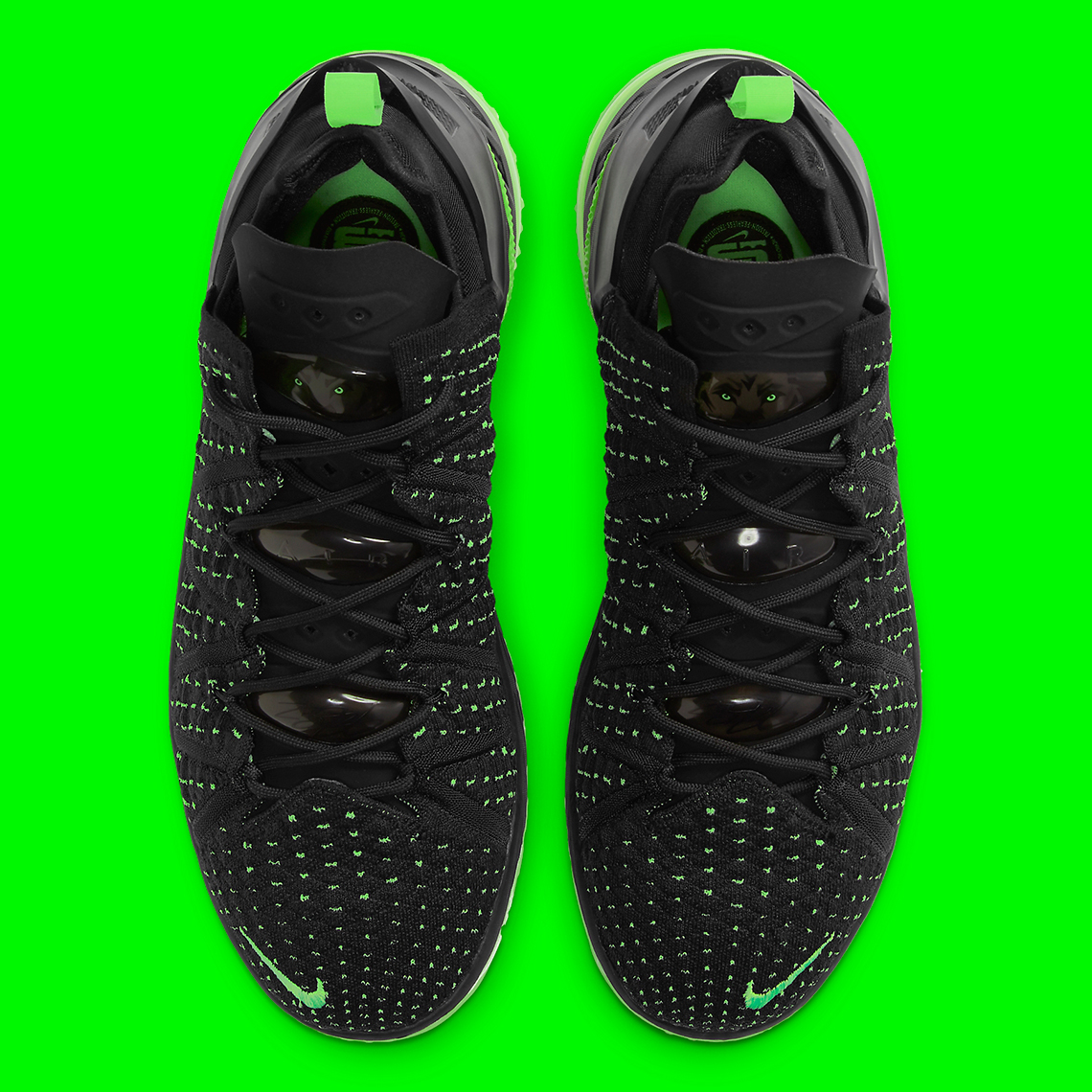 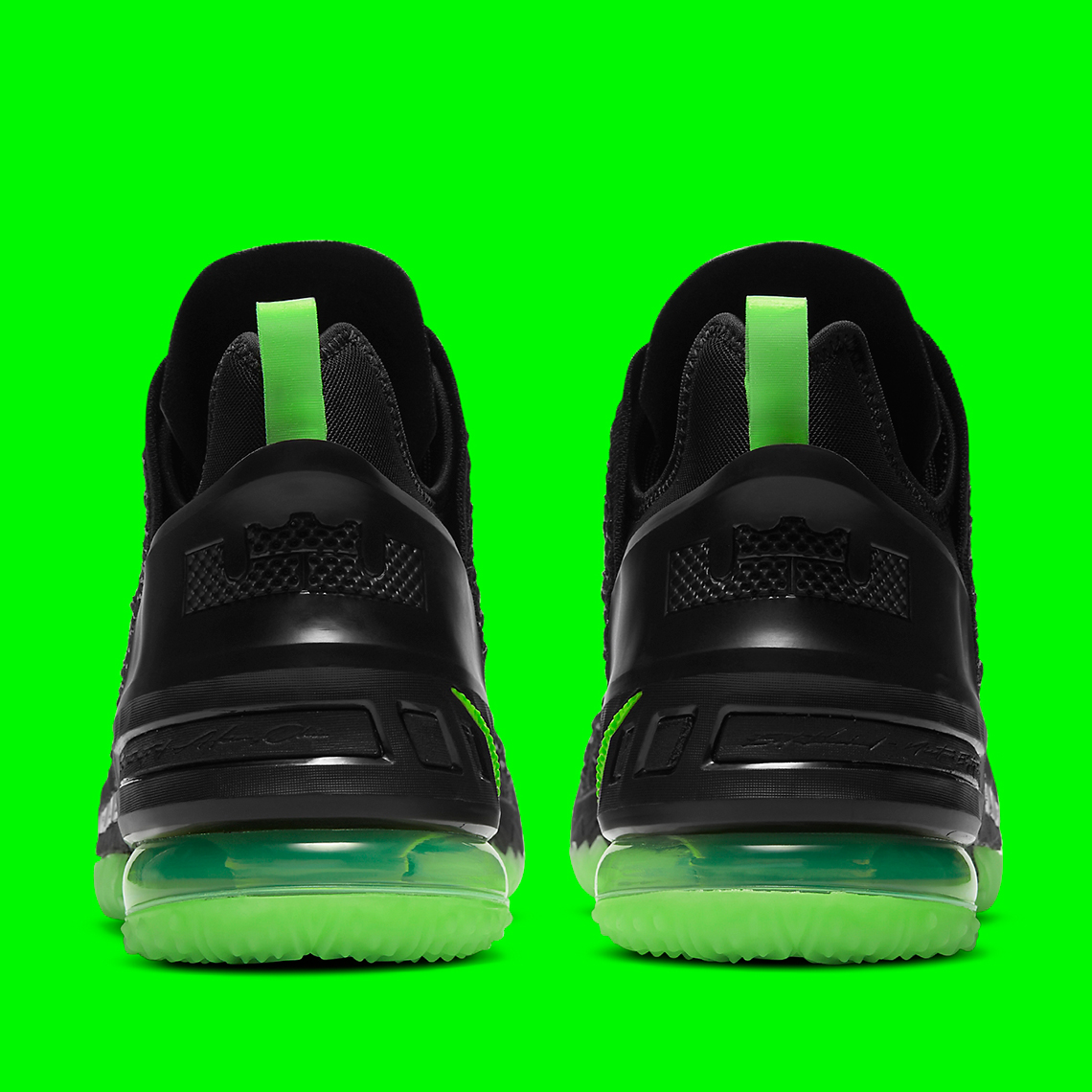 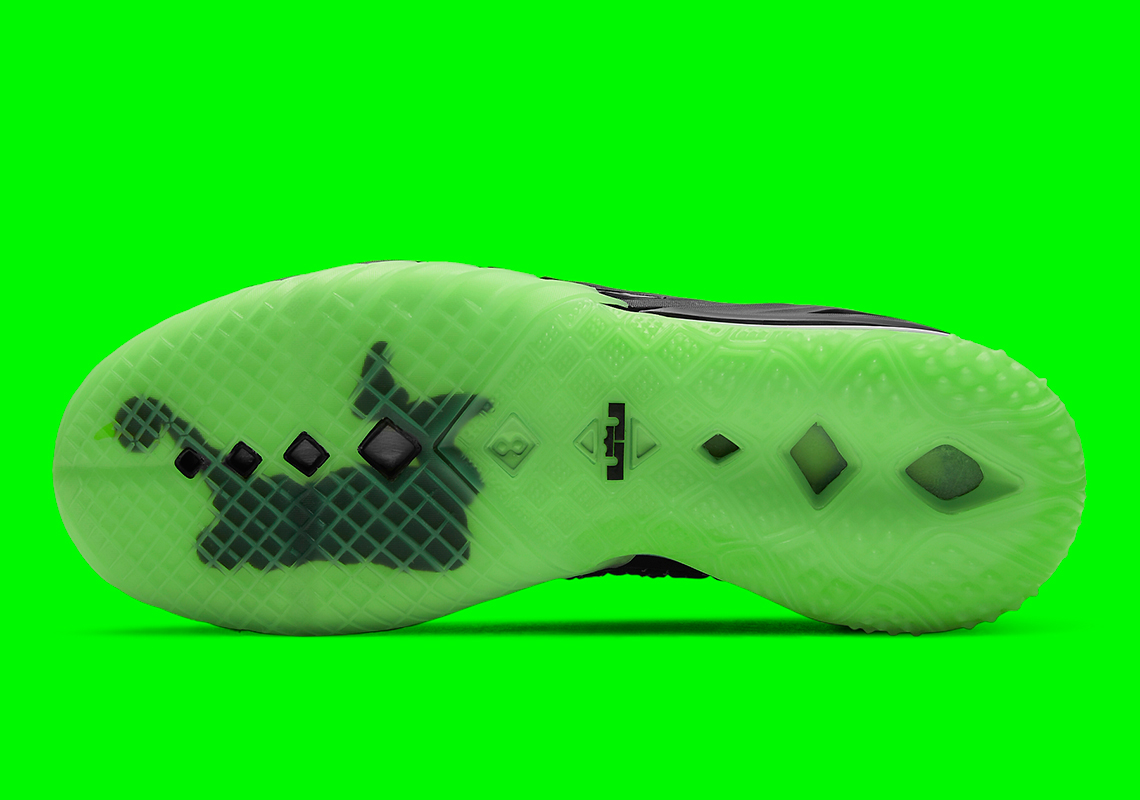 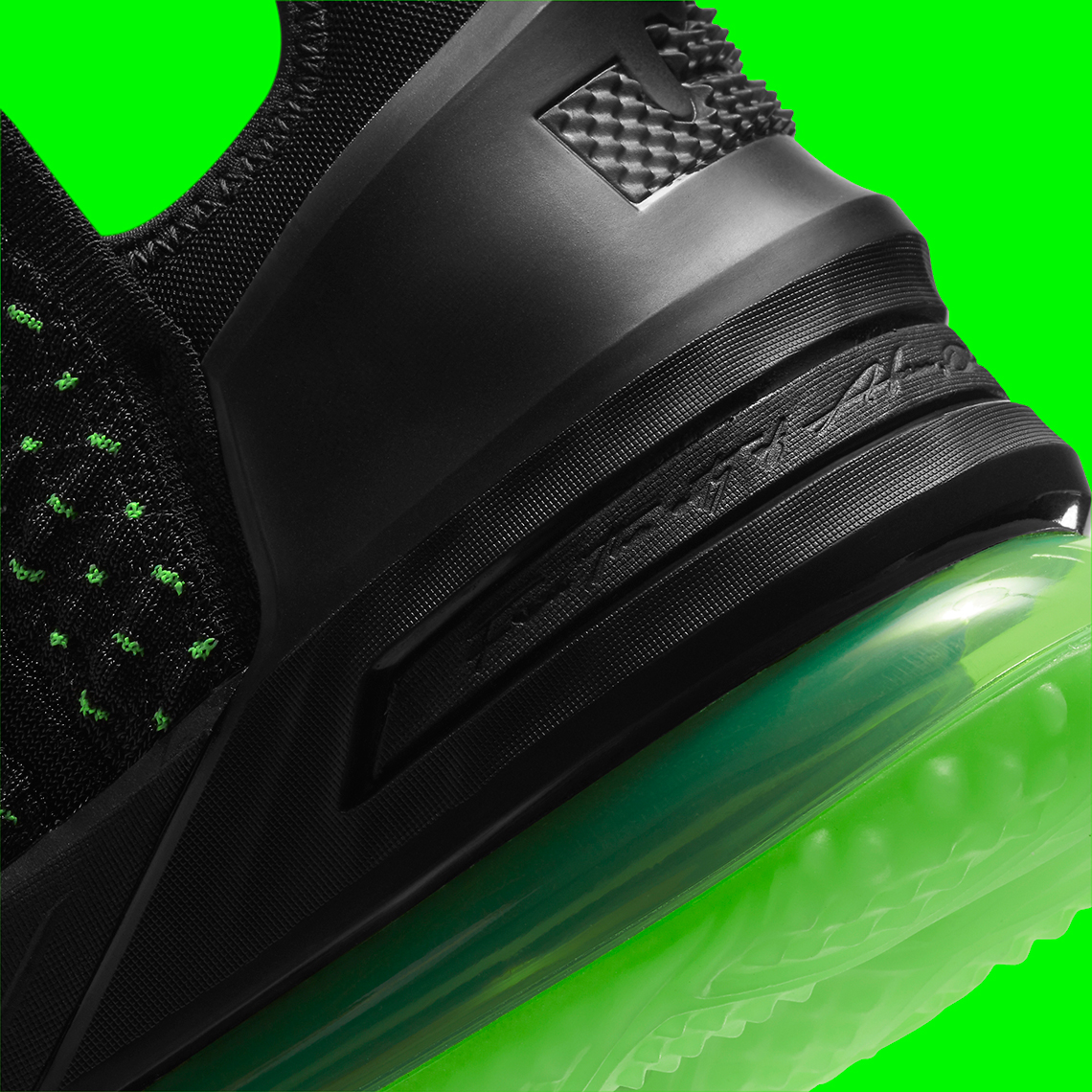 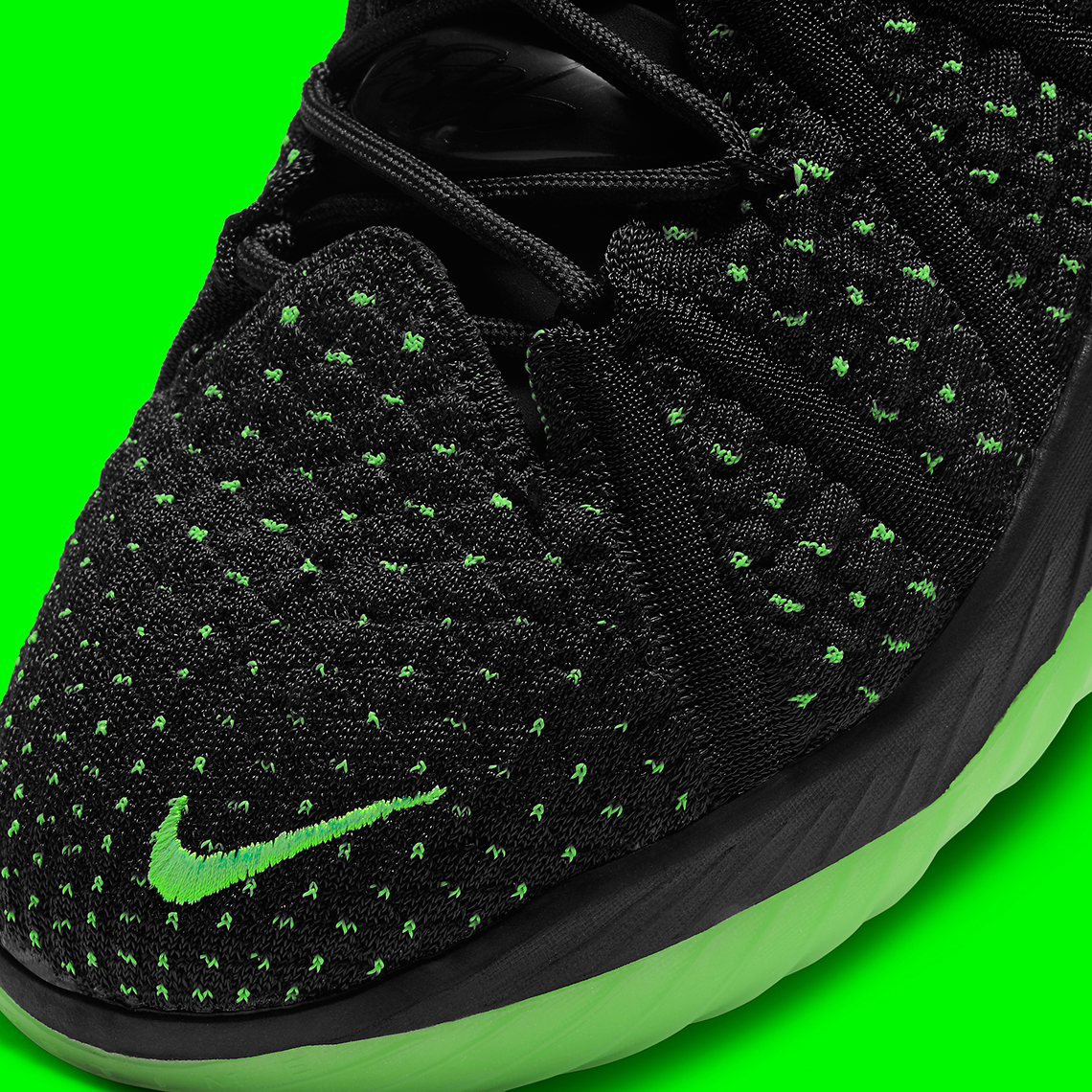