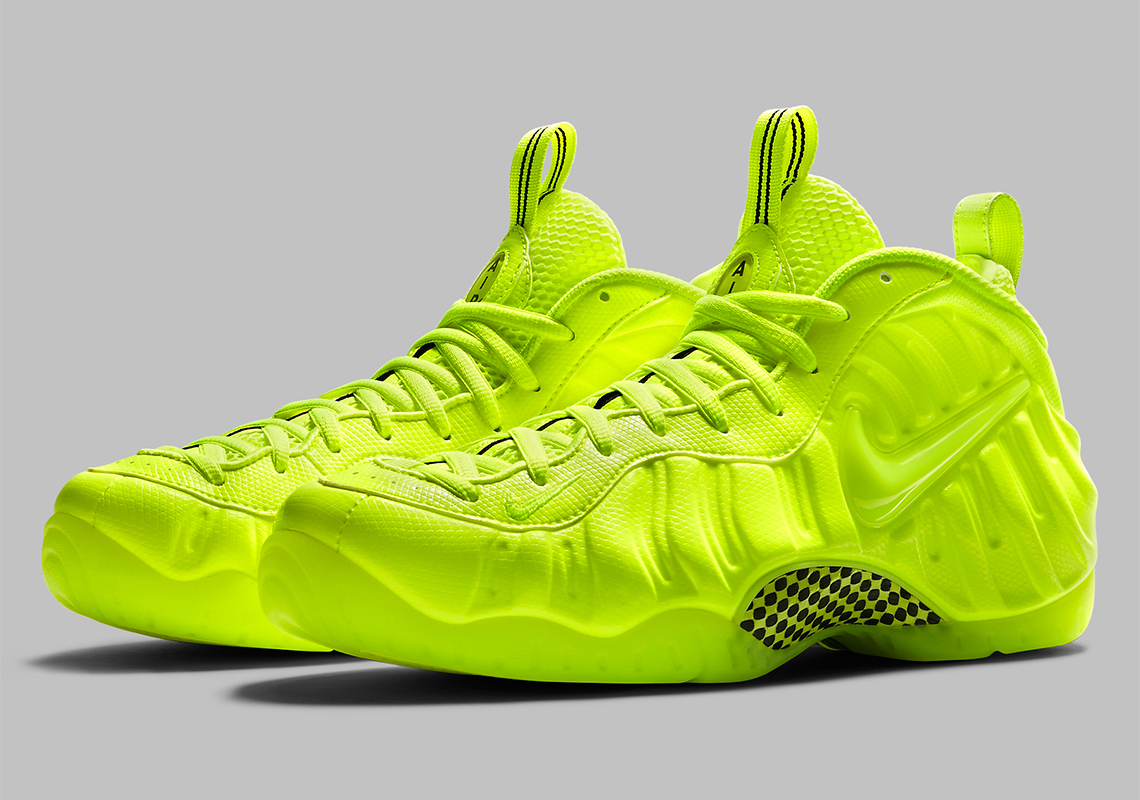 Nike is hitting us a jolt of volt later this month with the release of the Nike Air Foamposite Pro. This classic basketball shoe from 1997, still considered ahead of its time, still owns a strong cult following over two decades since its release, as several different colorways and styles have landed on store shelves – particularly during the model’s heyday in the earlier part of the 2010s. While this flooded neon look might not be for everyone, this type of boisterous coloring is what you’d expect from such as bold design.

Speaking of Volt, these remind us of one of the original colorways of the Nike Air Foamposite Pro – the famed “Voltage” Foamposites that to this day has yet to see a return. That ’97 original featured an all-black upper with the electric hue on the Swoosh and a smoky outsole – a rather simple execution that might fly under the radar considering the demand for attitude by today’s consumers.

Adult ($230), kids, and toddler sizes are confirmed to release on January 27th at the retailers listed below. In other retro basketball news, the Air Raid “Rayguns” release is just days away. 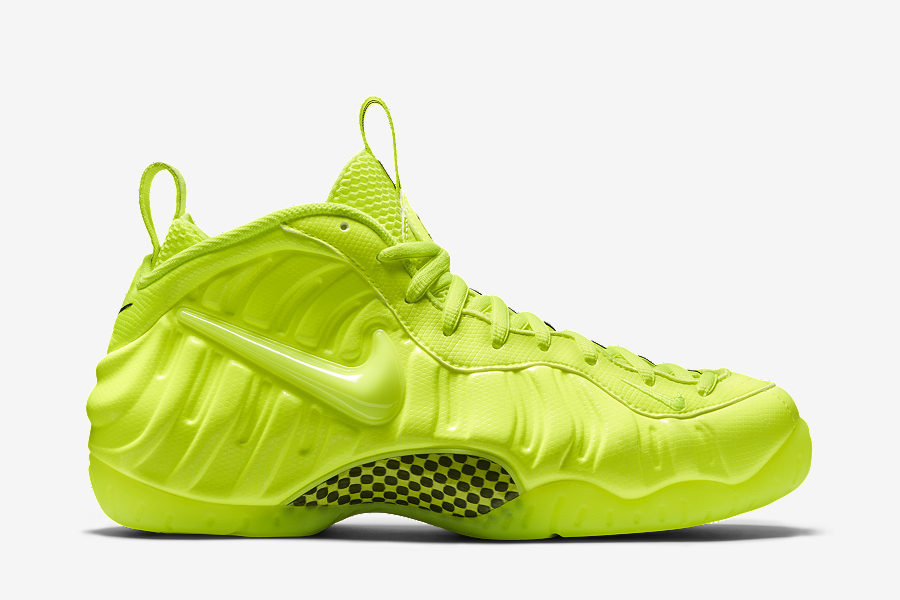 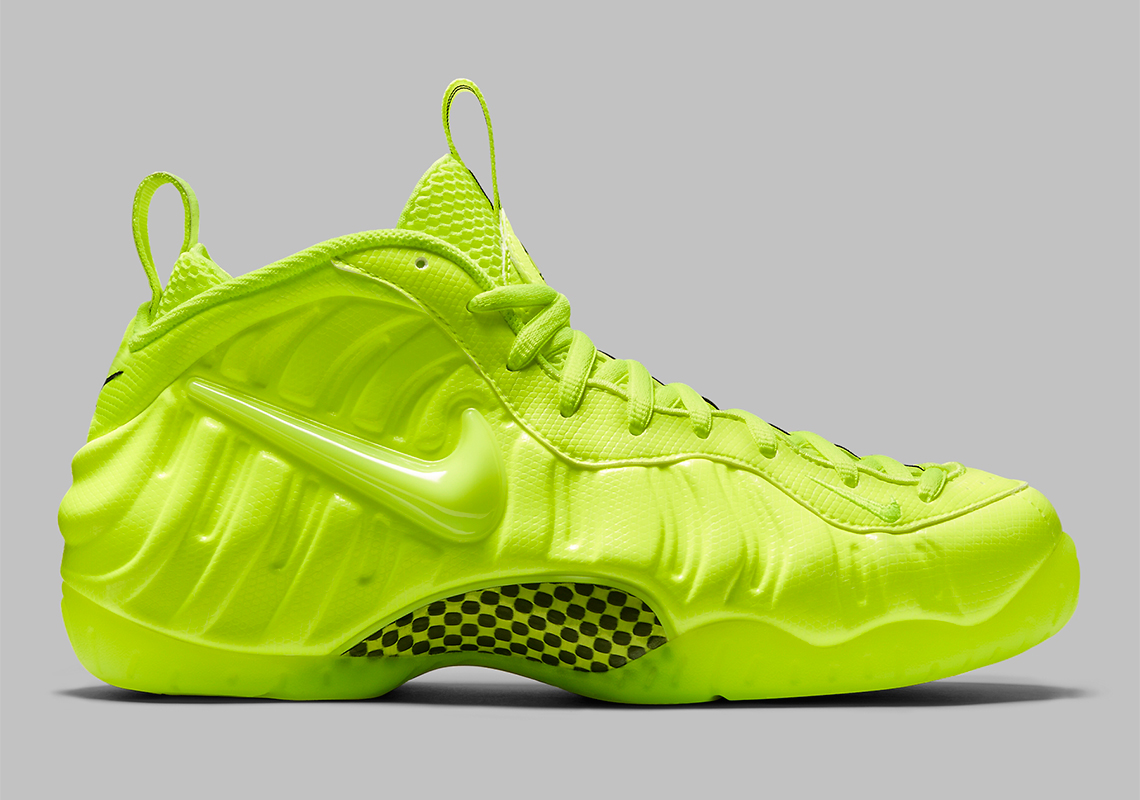 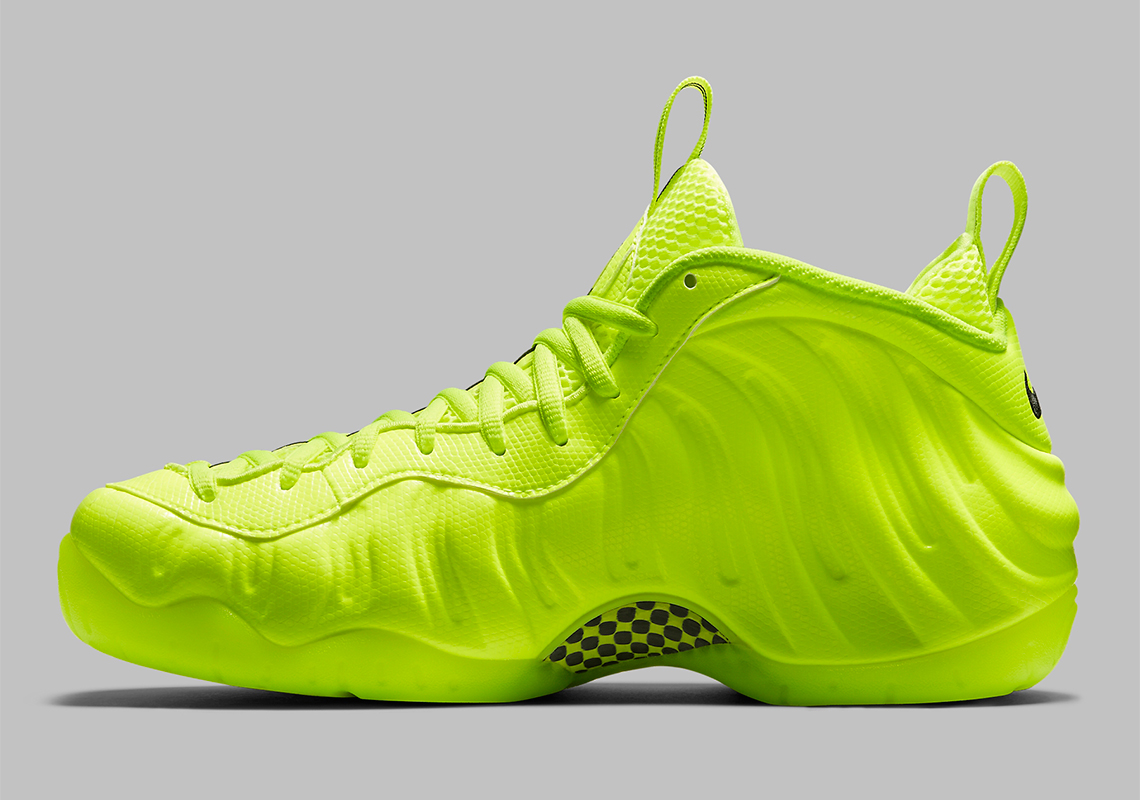 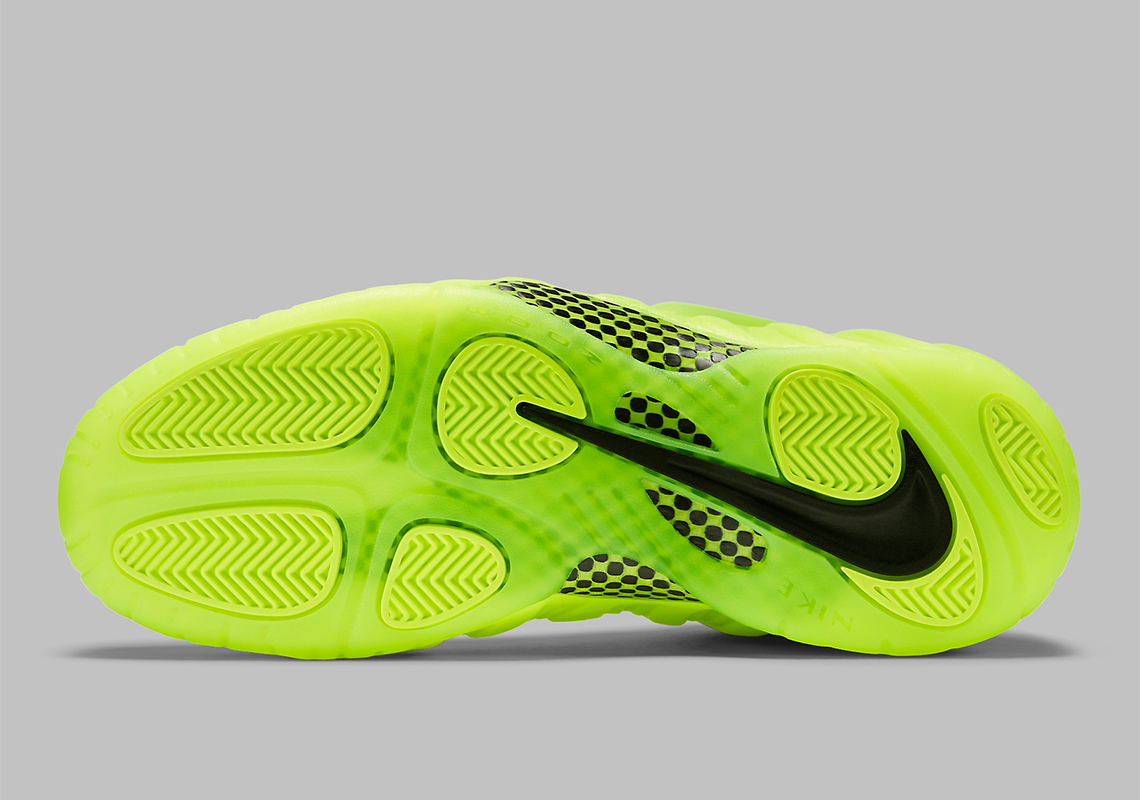 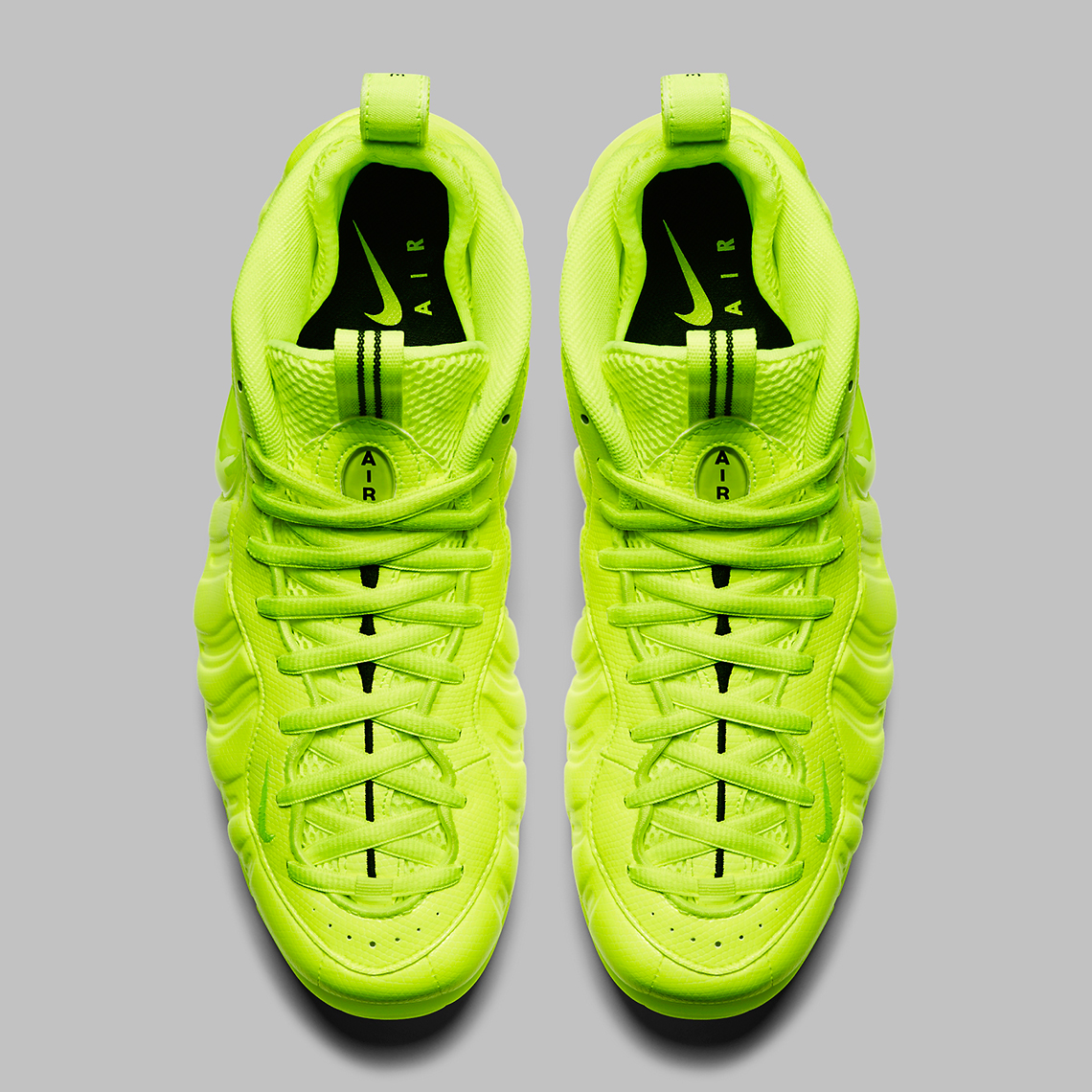 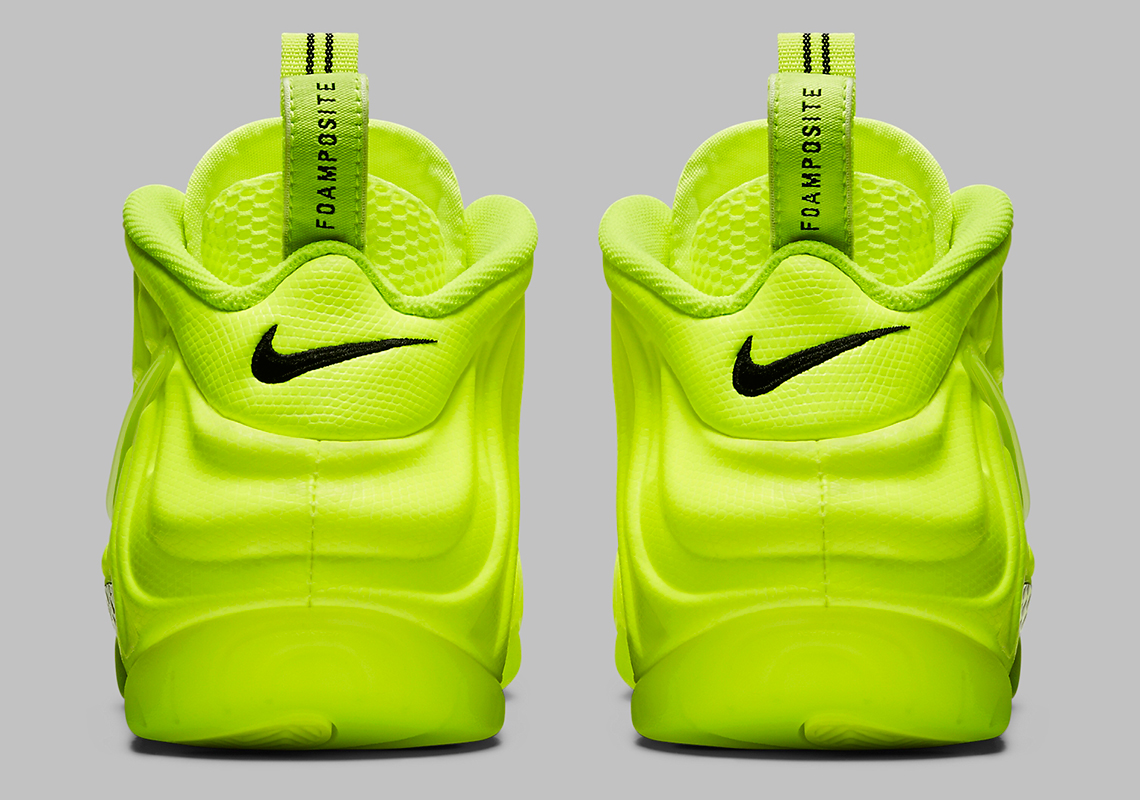