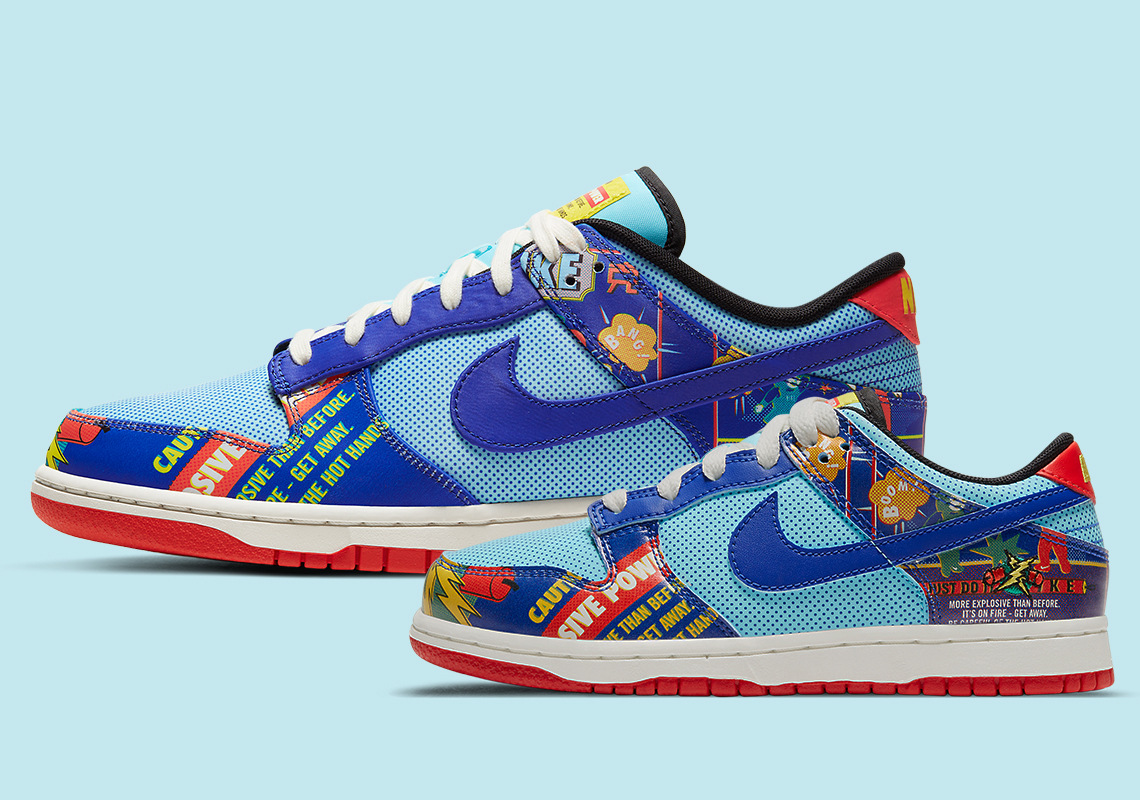 With the release of the Air Jordan 11 “Jubilee,” we were introduced to Nike’s true full family size run, one not only inclusive of GS, PS, and TD but also a rare women’s specific set. And now, for their Chinese New Year celebrations, the brand is bringing the extensive range out once more for the launch of loud, colorful Dunk Low “Firecracker.”

Though it may celebrate the Year of the Ox, the pair blends in some more modern influences. Blues and reds mix together throughout the upper, the former used primarily as it dyes both the leathers of the overlays as well as the dot-patterned panels that line underneath in aqua. The cool tone’s bright complement, though an accent in the grand scheme, steals the eye at quite a few points: it dresses underfoot below the Sail-tinged midsole, it marks across the graphics in the form of the titular fireworks and block text, and it even brings attention to the scattered Chinese characters. What’s more, the palette is rounded off with an auspicious gold, one that is used behind the playful onomatopoeias, the sizzle of a fuse, and the branding of the tongue and heel tab.

Grab a detailed look at this inclusive run of Dunks below and sit tight as we’re sure to see this “Firecracker” sequel at Nike SNKRS very soon; it’s already confirmed for a January 28th release in Asia.

In other news, the Notre Dunks are coming this January 21st. 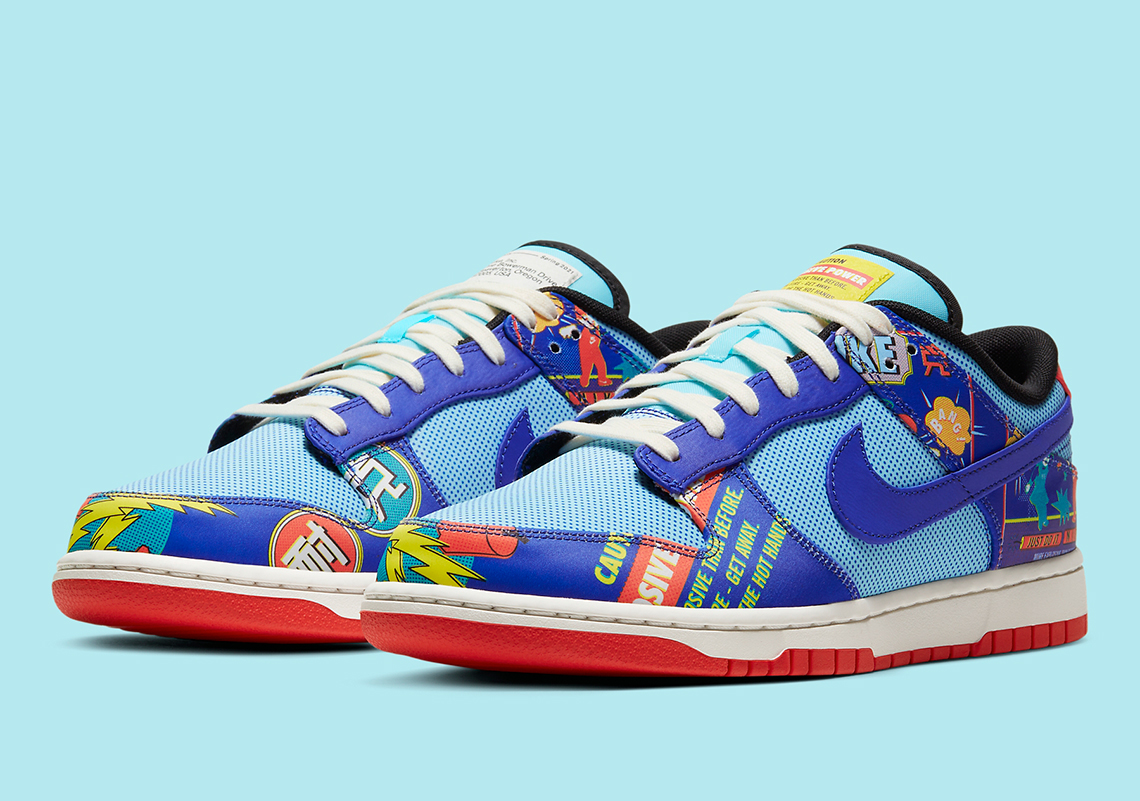 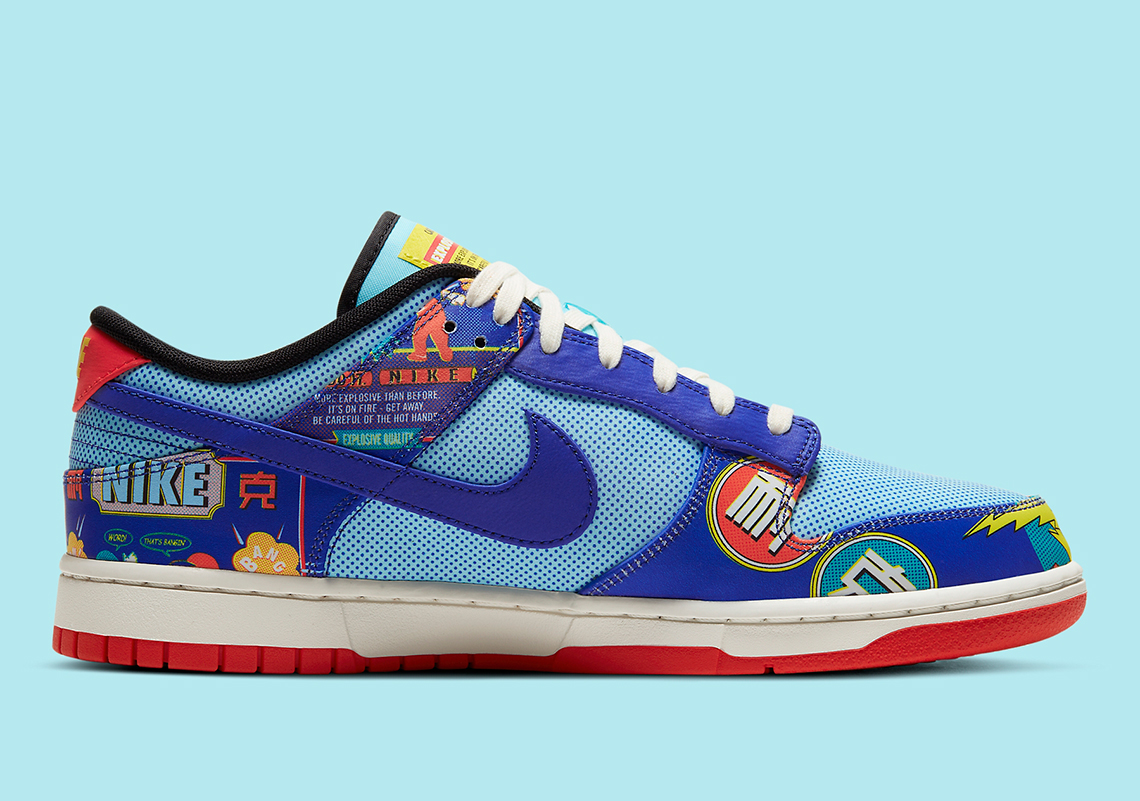 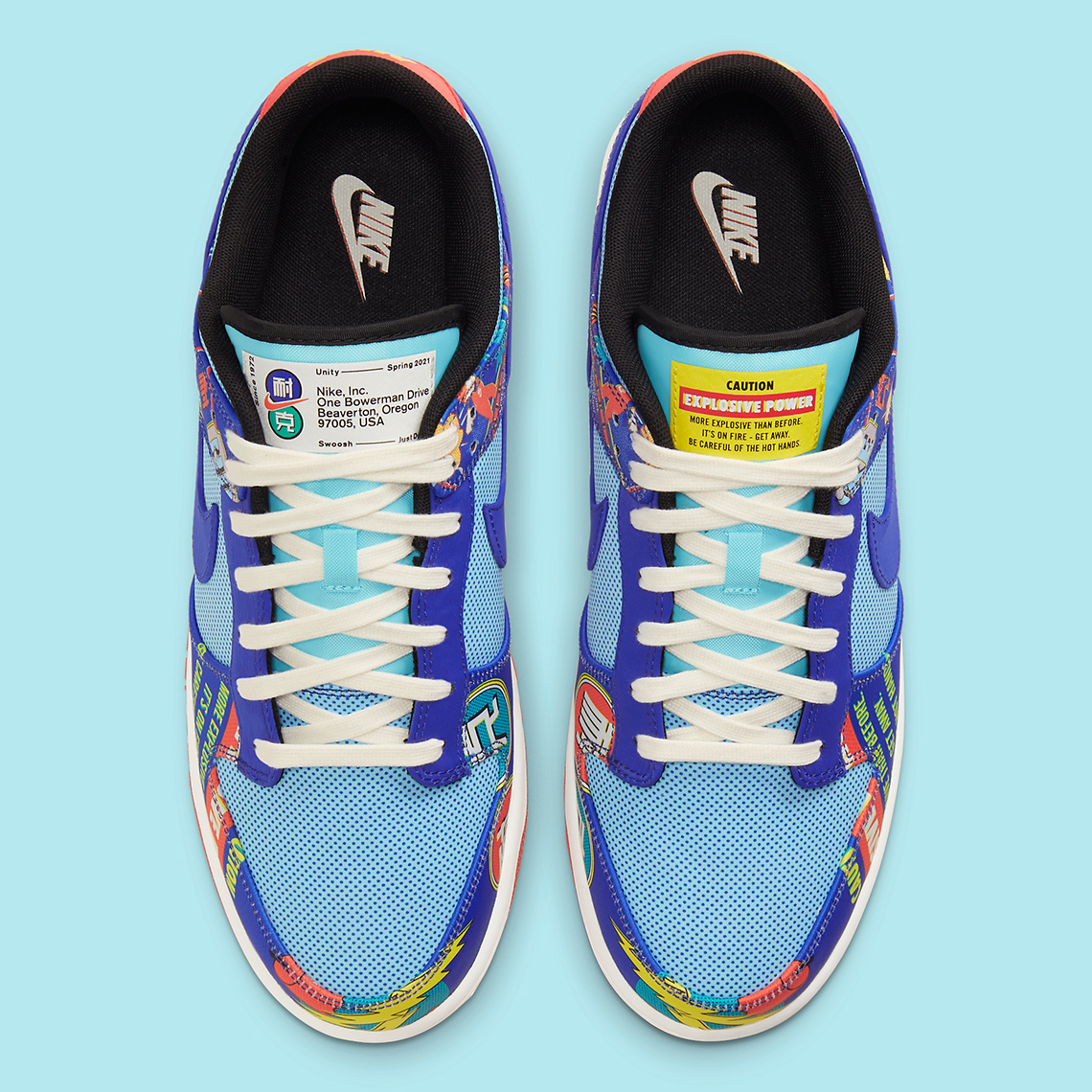 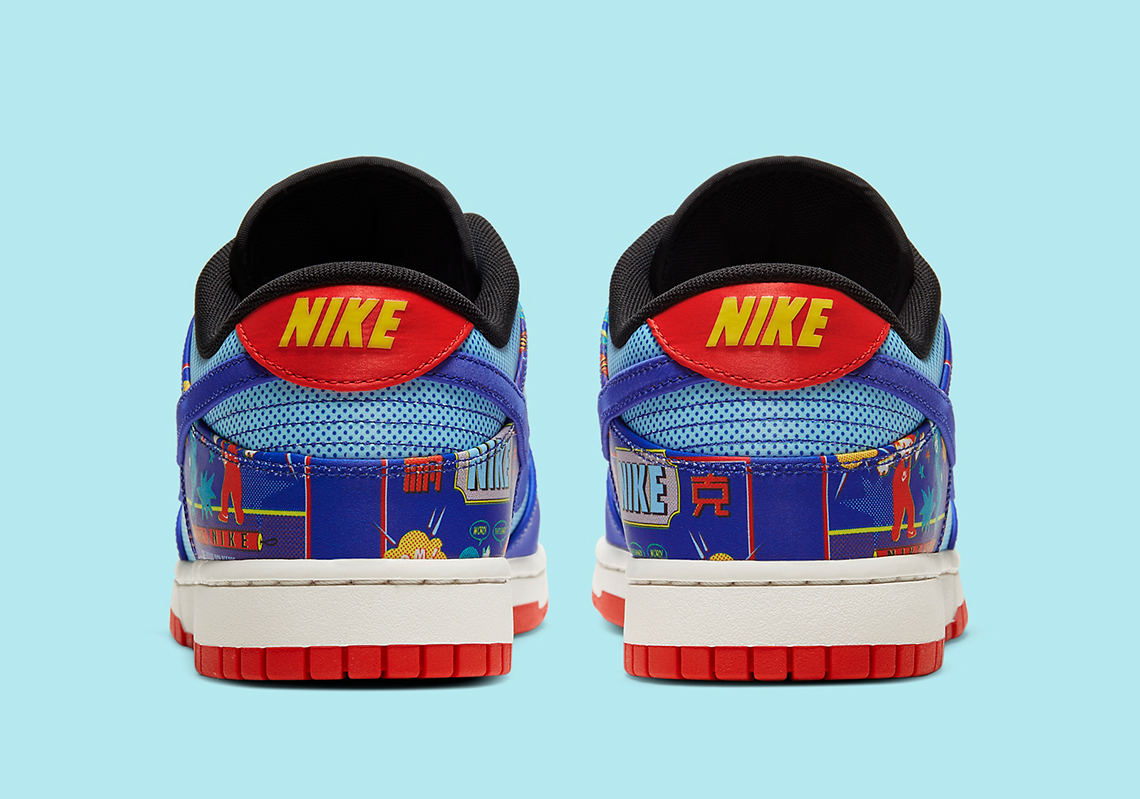 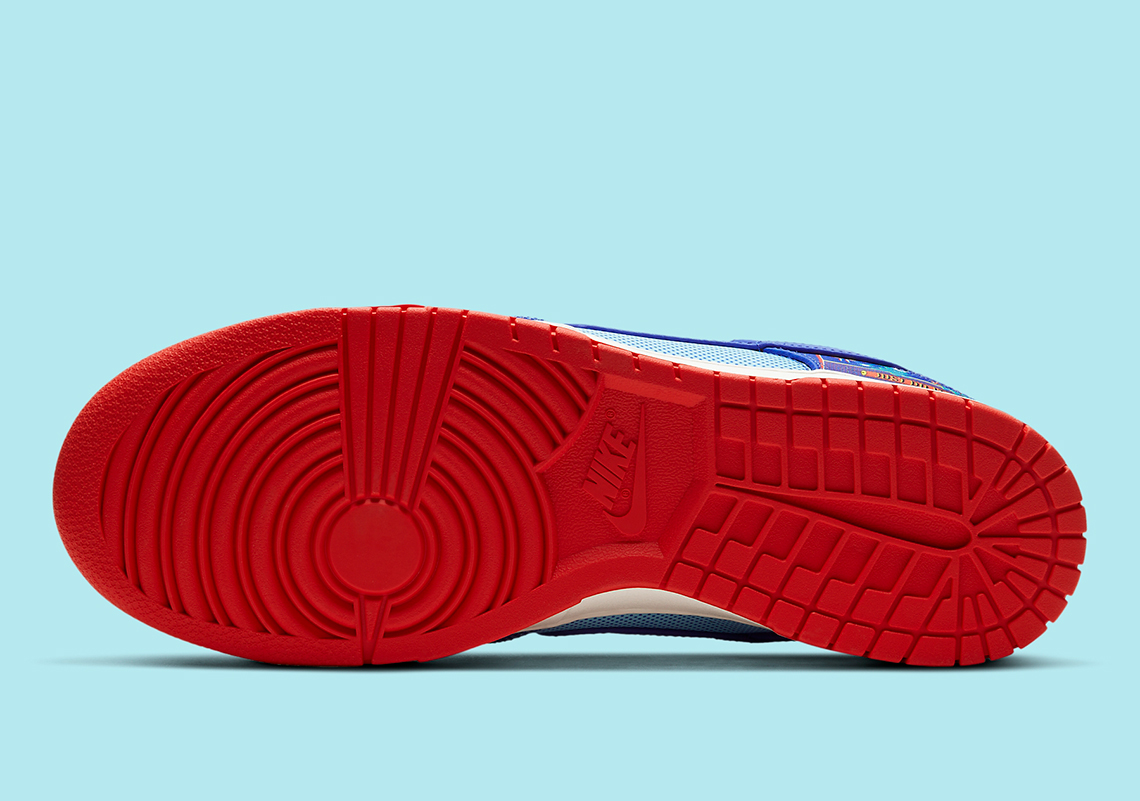 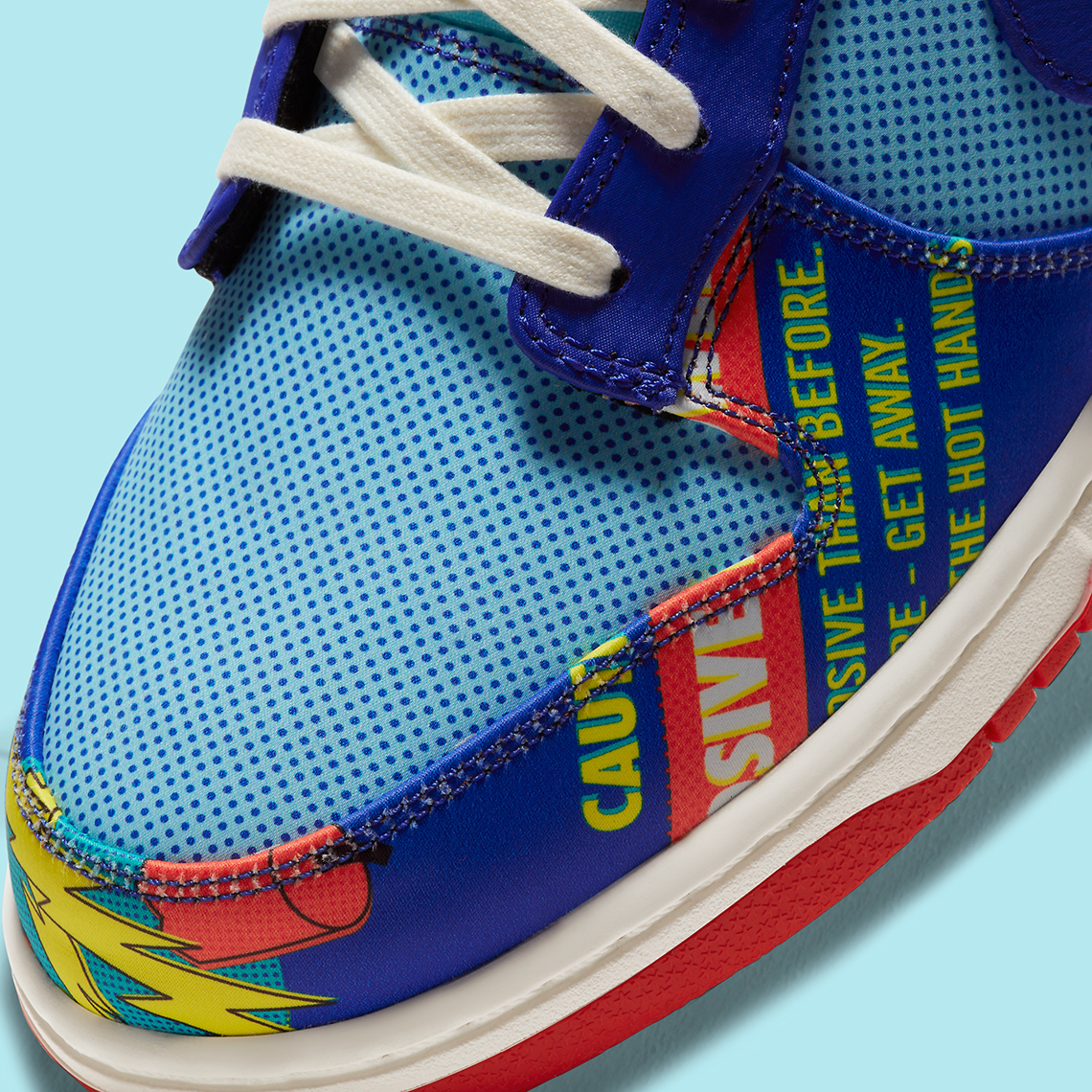 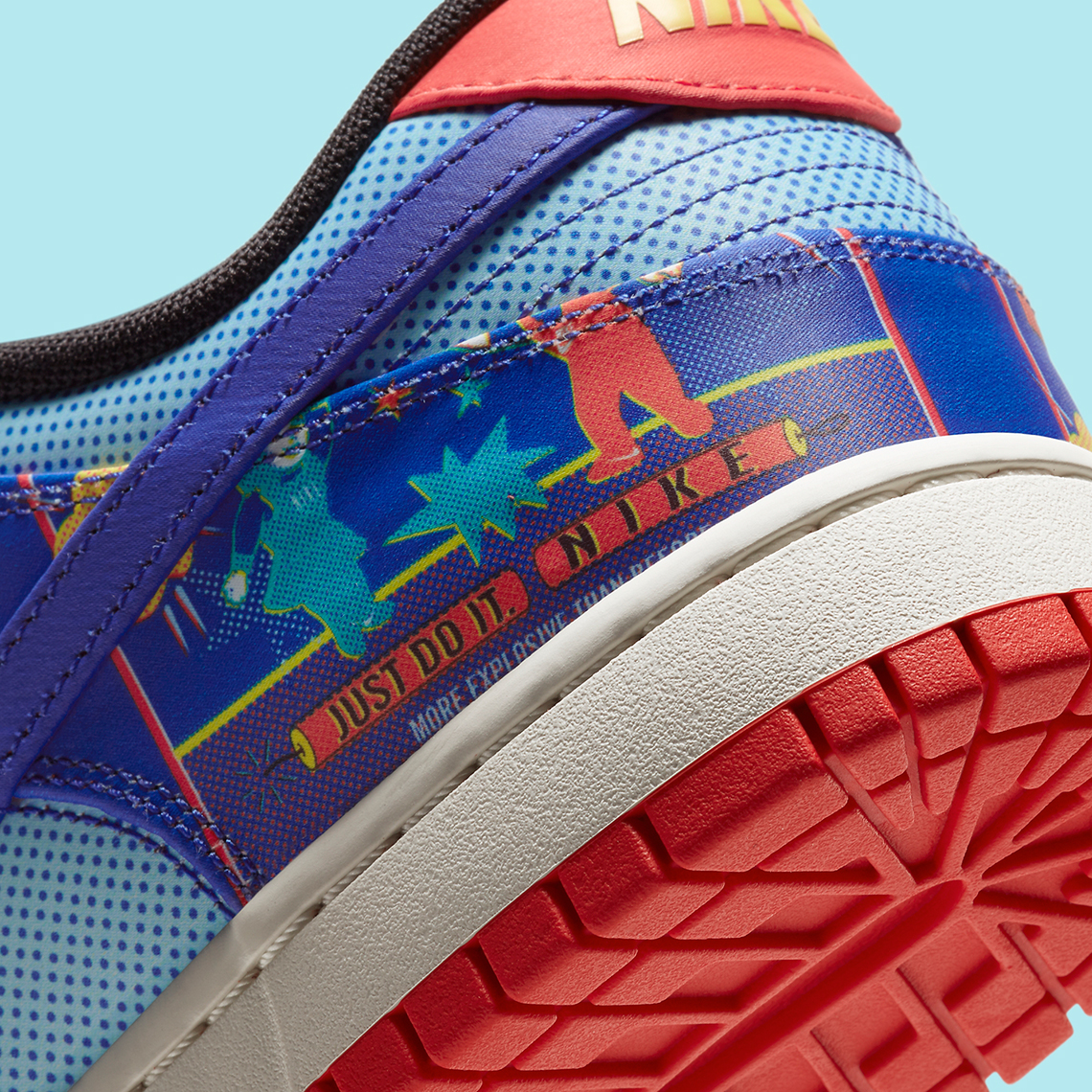 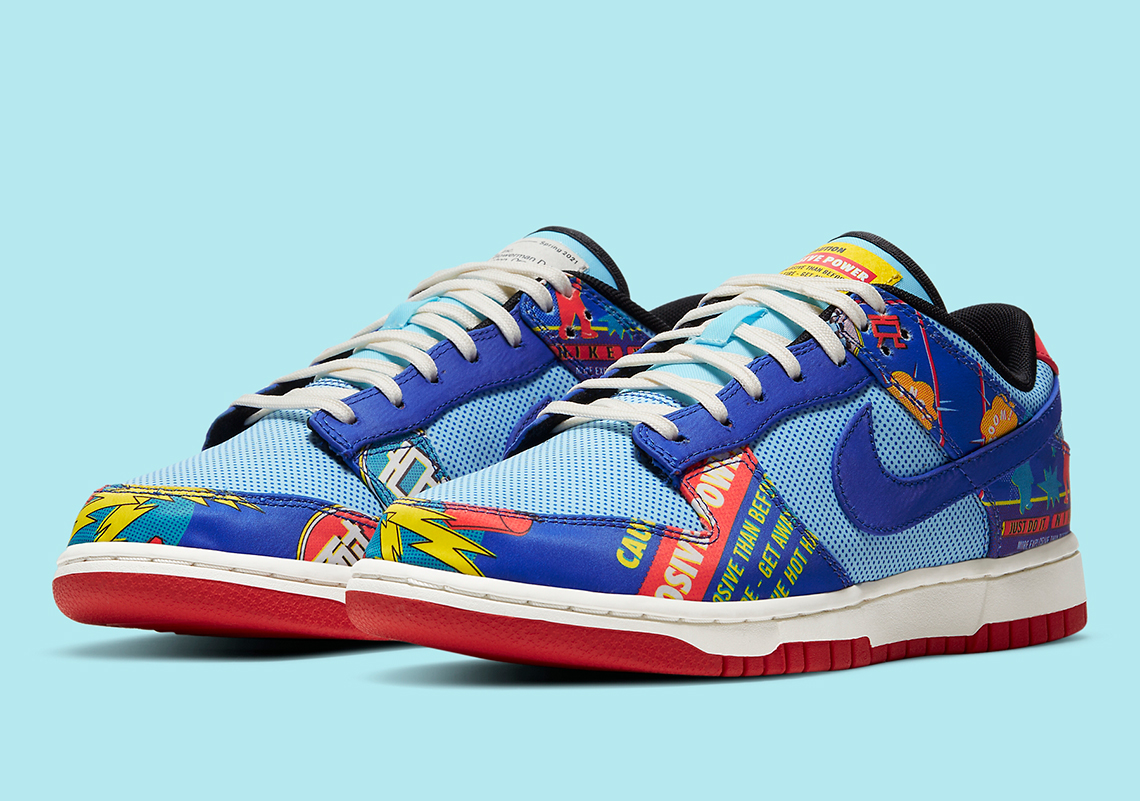 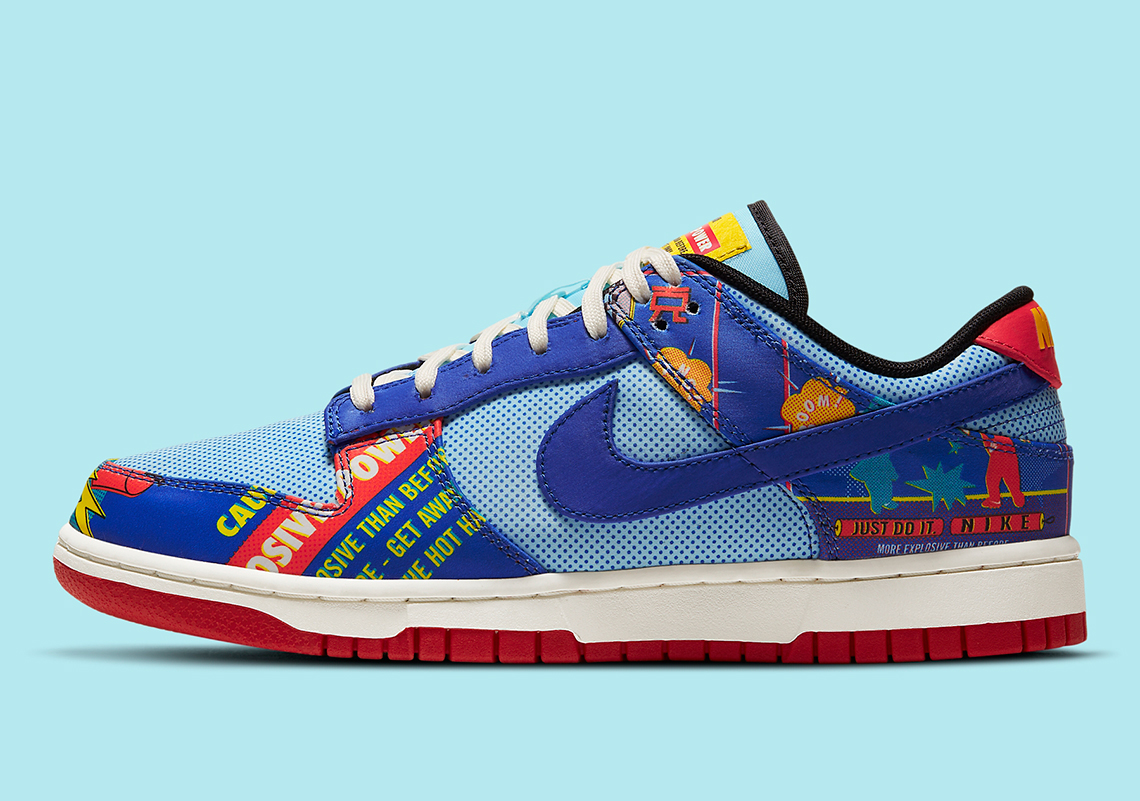 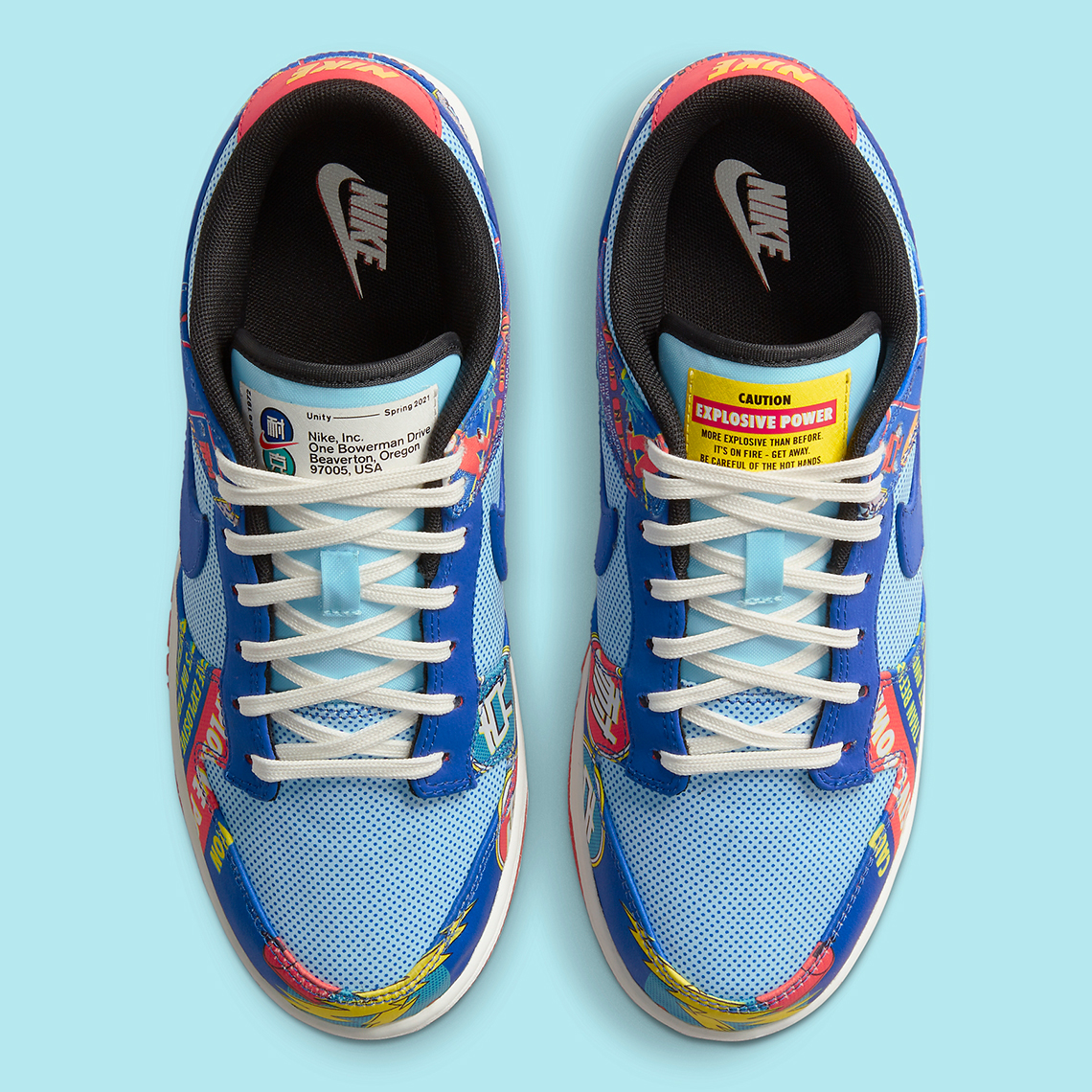 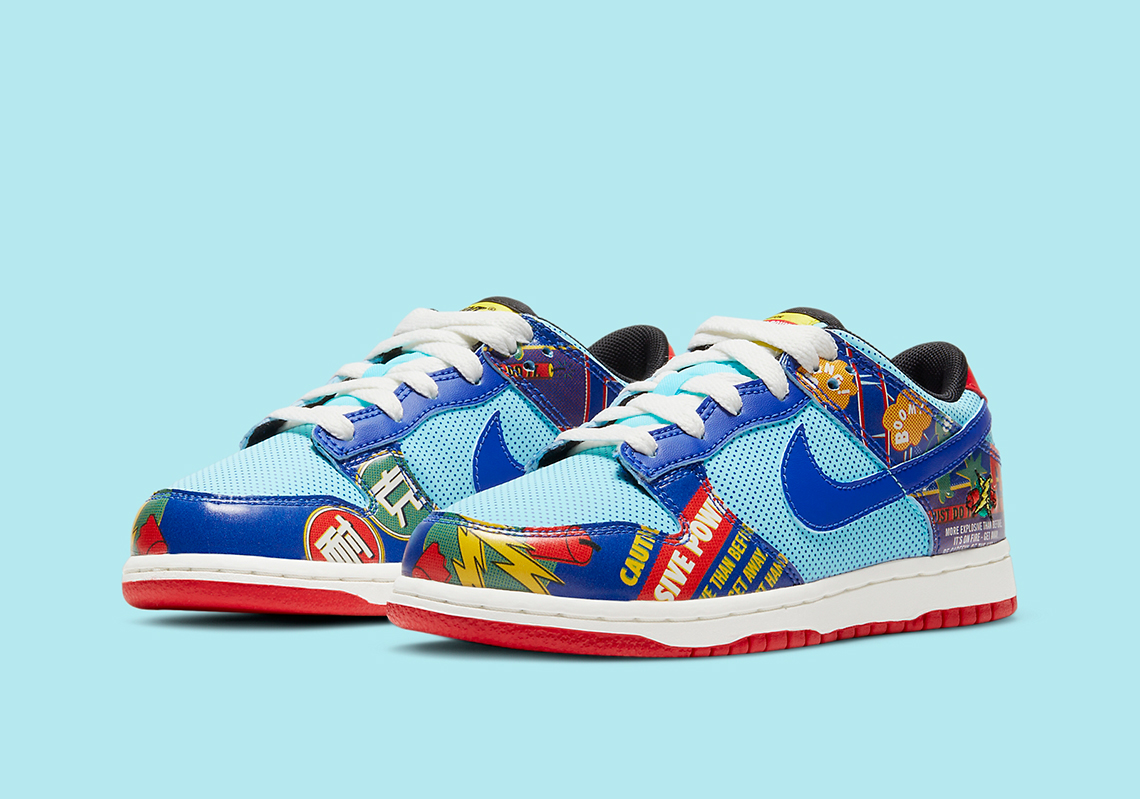 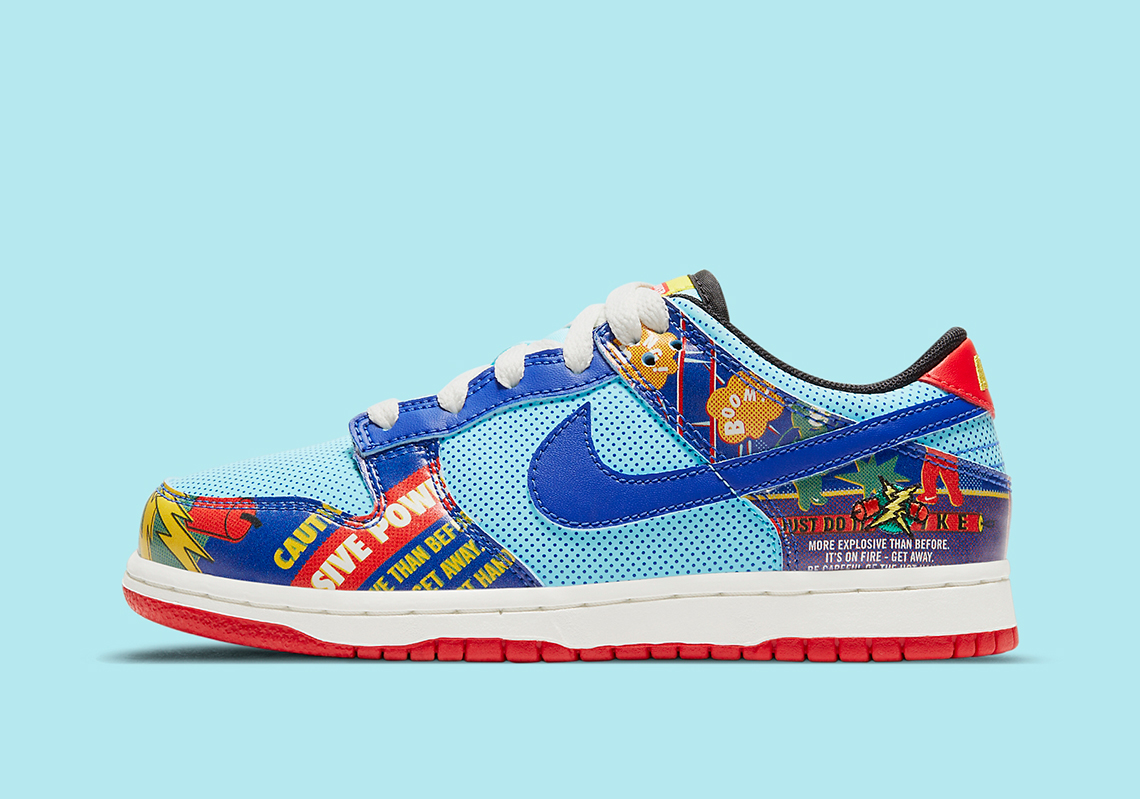 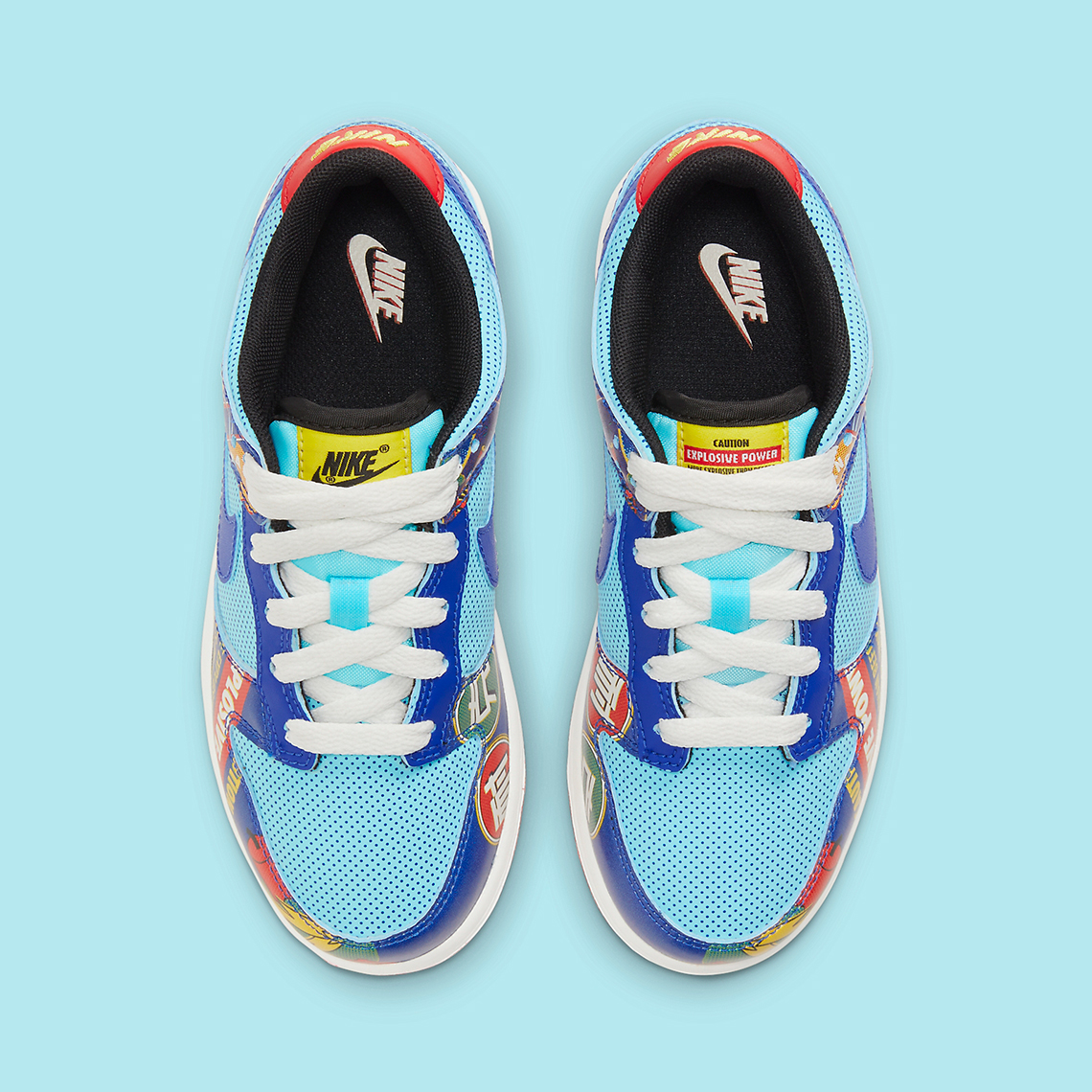