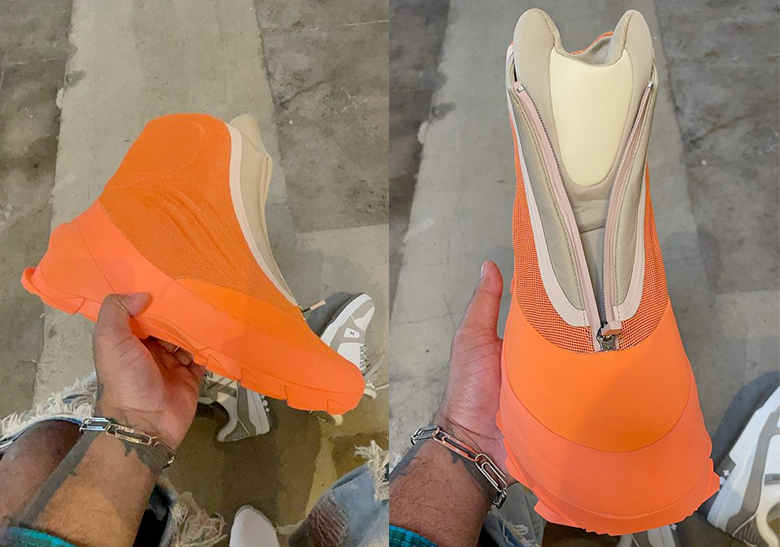 Back in October of last year, reveals of forthcoming Yeezys began to boil to the surface. Alongside new color schemes for Boost models already well-known, we were fortunate enough to bear witness to new creations like the updated 1050 v3 and the accompanying 1020 boot. And the latter, though teased in seldom prior, may just be nearing its official release as @younglord (ASAP Bari as he’s commonly referred to) has just teased the silhouette in-hand.

Similar to most of the existing line-up, the 1020 is informed by both militaristic and futuristic influences. Most of the design leads with a vibrant orange colorway, one much more sportswear-inspired than its 1050 counterpart. Atop the entire lower half, which is grounded in a tooling robust and ostensibly fit for the trail, the warm tone coats throughout in a synthetic polish; above, the upper is far more textural as it makes use of the same hues though with a ballistic mesh. Chiseled indents, shapes, and the like then form the general guise of existing motifs, while the tongue, in its tanned nylons, adds utility via a convenient midfoot zipper.

Grab a close-up peek at these right here and expect to learn more about their release very soon. 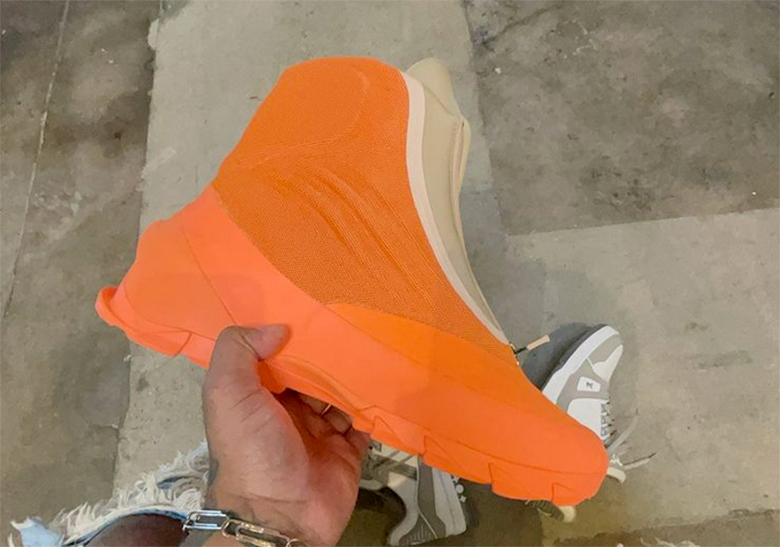 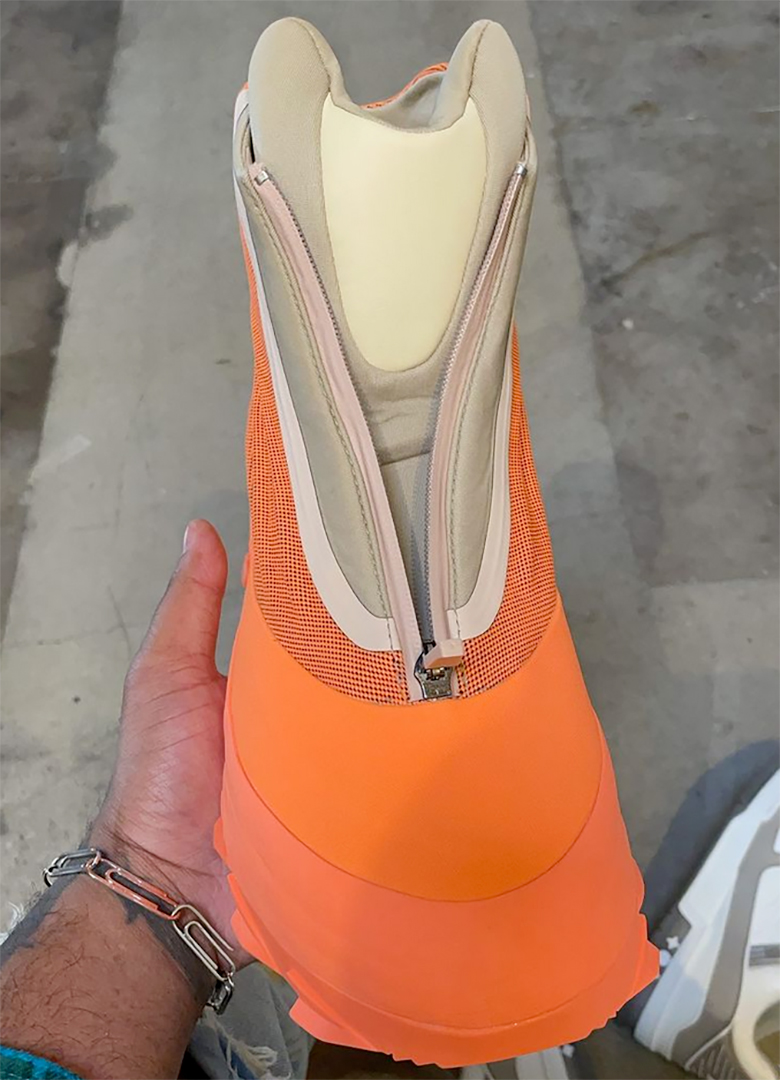