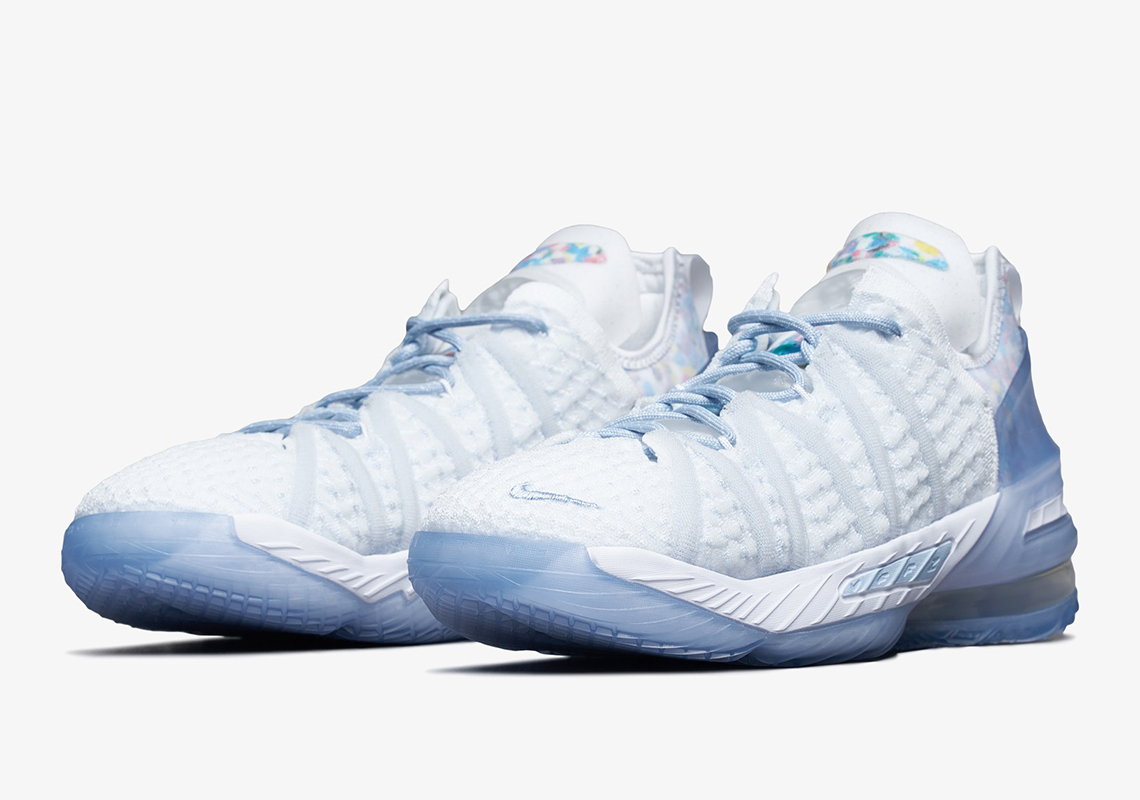 The Nike LeBron 18 NRG Gets A Frigid “Blue Tint” Colorway

LeBron James’ footwear is always at the center of conversation. Whether it be through immersive consumer-driven “Vote Back” experiences, or through scintillating upcoming drops like the  LeBron 18 Dunkman theme and the February release of the LeBron 18 Low, the King’s kicks will always be at the forefront of consumer interest. Adding to that is a brand new “Blue Tint” color arrangement that drops fittingly during the coldest months of the year.

As suggested by its name, the pair sees translucent “Blue Tint” accents on the sole unit, heel, and laces. These “icy” details sit atop a white base for a clean, two-tone look. Unlike most silhouettes that also use this color offering, it also incorporates a spotted, tie-dye print that sees numerous vivid shades to disrupt the otherwise minimalist style. The patterns are found on geometric elements on the tongue as well as the heel, where it appears to be more muted due to a white overlay. Although the pair will be offered in kids sizing, an adult size run could be possible in the future.

The LeBron 18 iis available now at Nike Korea; as for US Nike fans, a release date has yet to be determined, but will most likely be drop at Nike.com for $160.

In other Swoosh-related news, the Little Posite One “All-Star” will be available in full kids sizing. 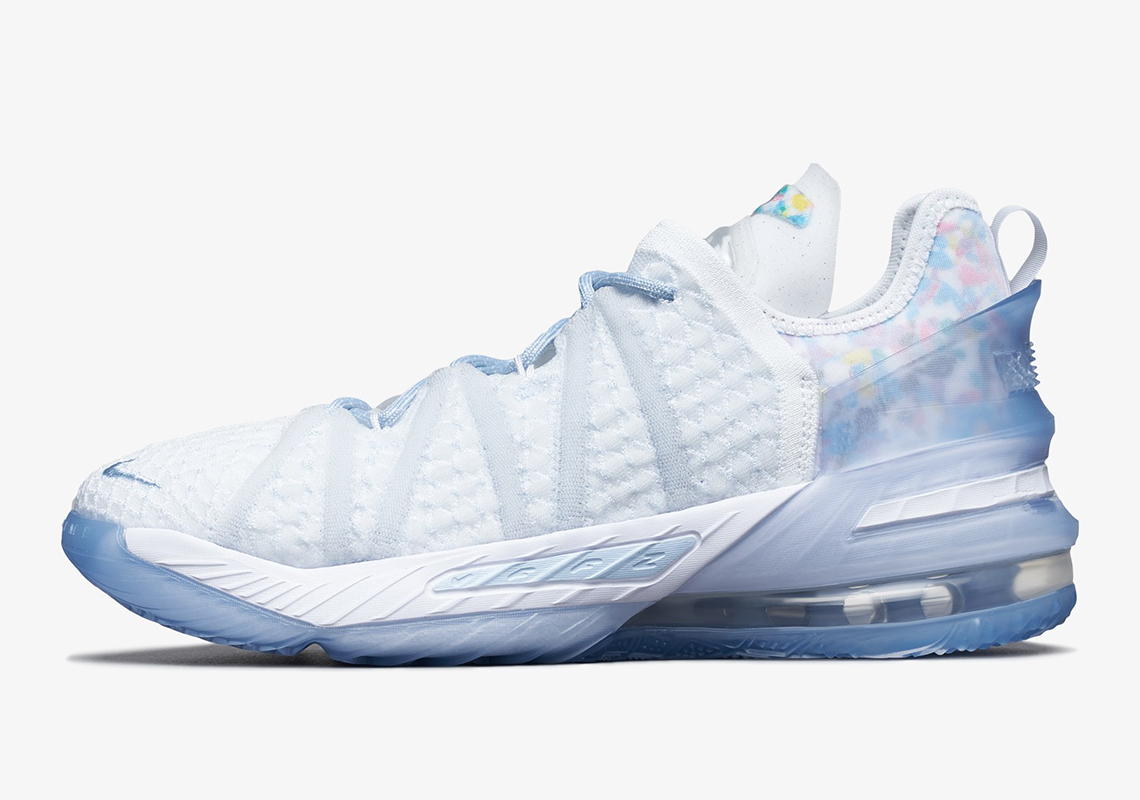 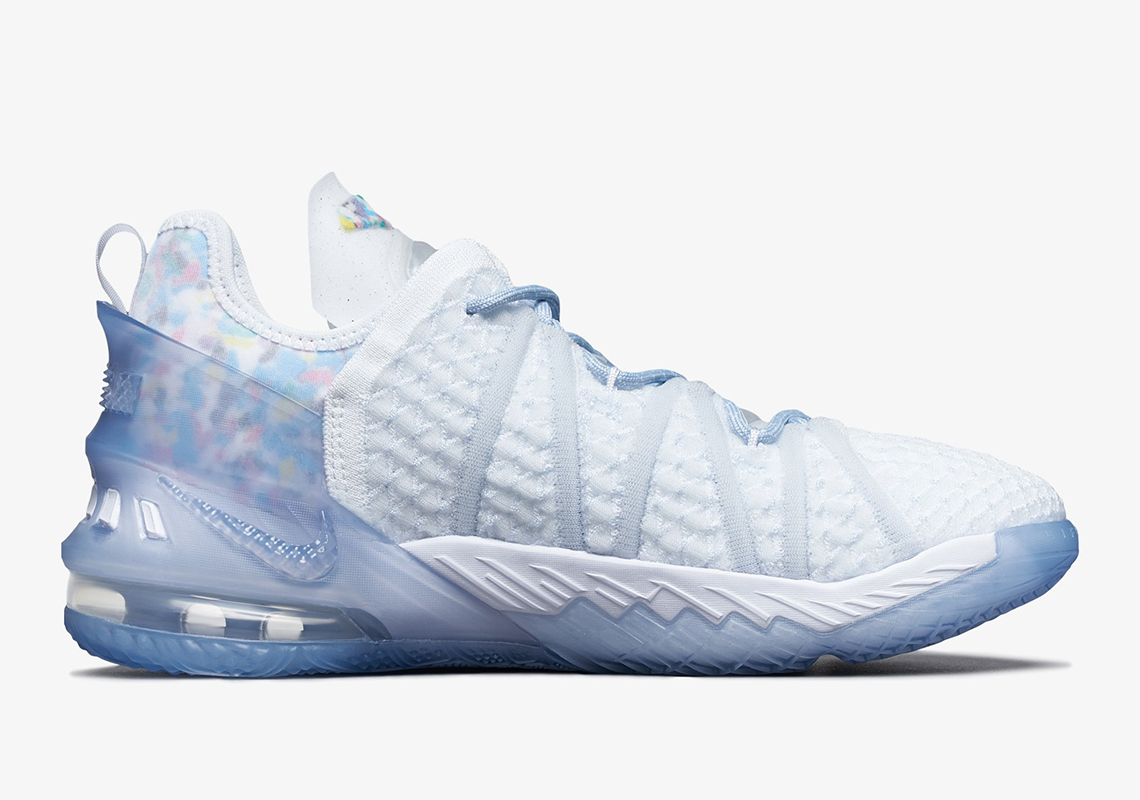 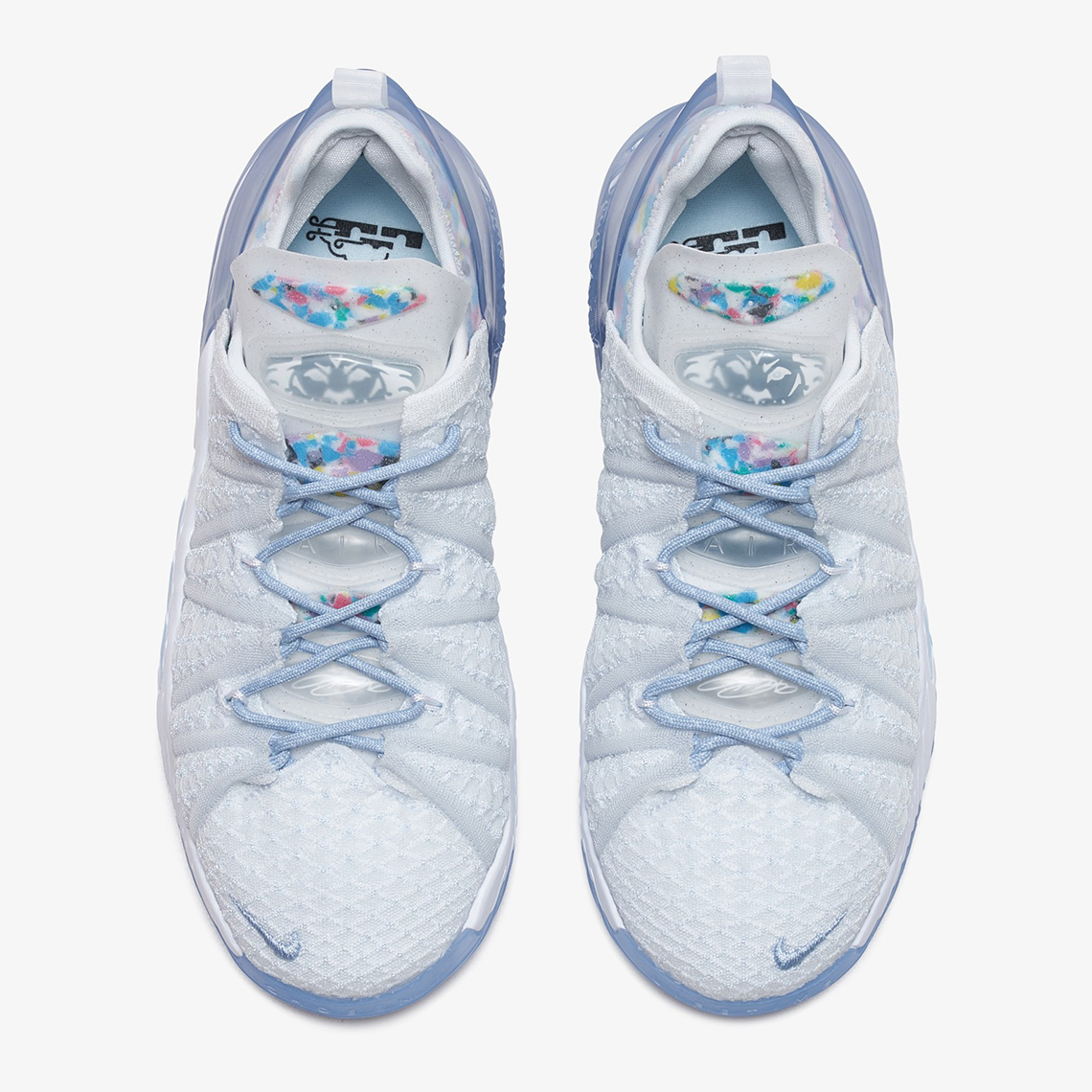 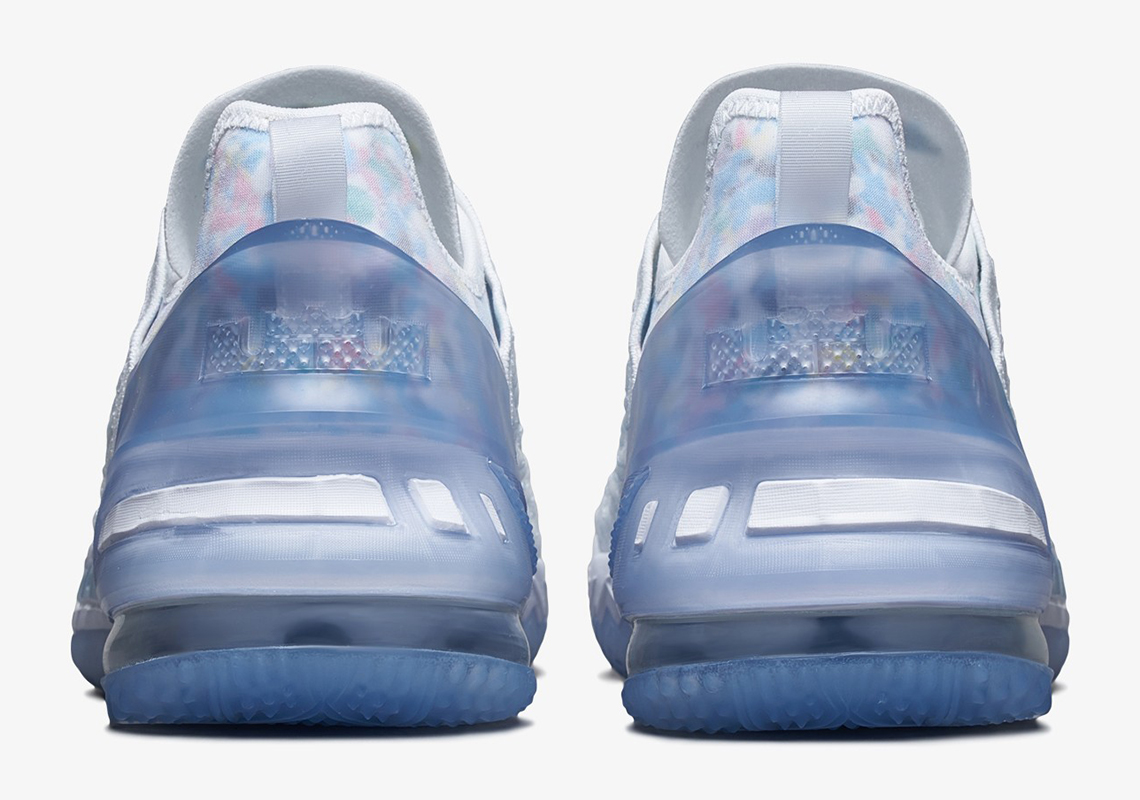 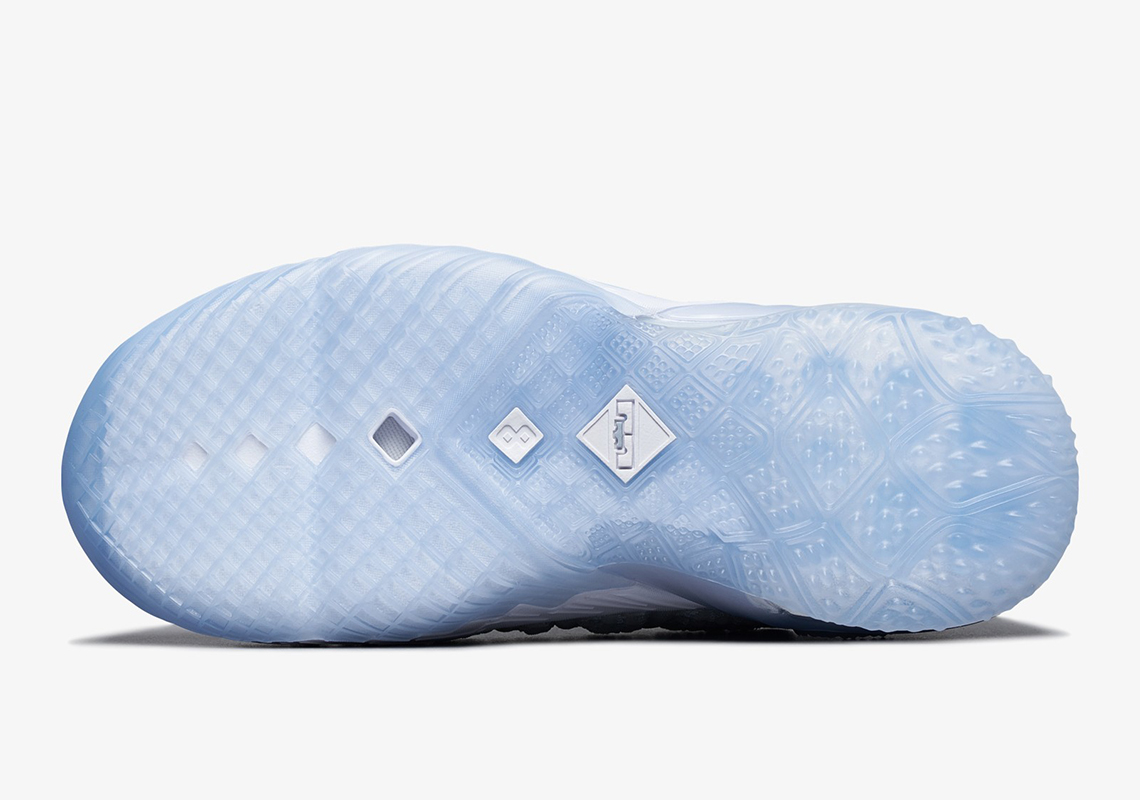