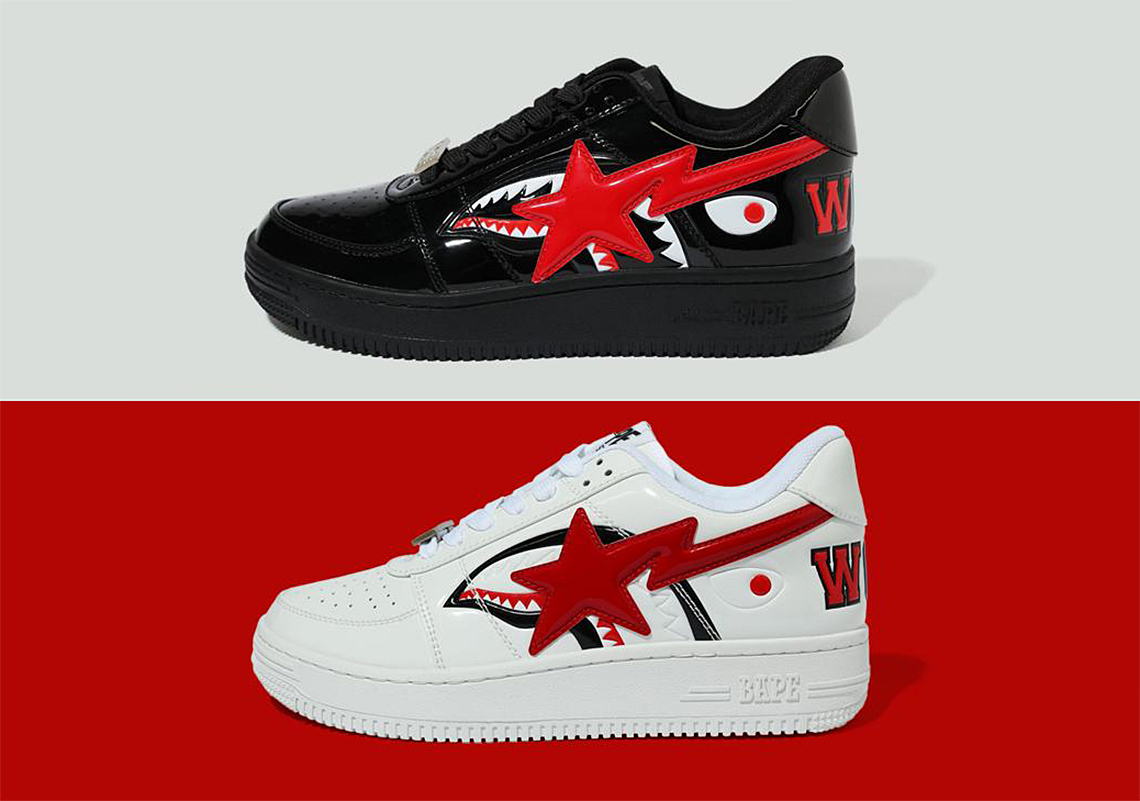 Not too long ago, BAPE began unveiling an extensive roster of new BAPE STAs. Alongside neutral renditions and rehashes of old schemes, the beloved Japanese label combined the Air Force 1 inspired silhouette with their signature shark motifs, thus spawning the aptly named Shark BAPE STA. Soon — more specifically, this weekend — the multi-influenced model is making a return in not just one but two patent-constructed colorways.

Though dominant in two different shades, the dual offerings share quite a few similarities. For example, both of their star-shaped logos are dressed in a bright red shade, matching that of the “WGM” appliques at the heel abd the subtler details of the shark a layer underneath. Alongside, the latter fixture’s teeth, lips, and the like are made identical as well even despite its Triple Black or Triple White background.

Grab a detailed look at these right here and expect a release to hit BAPE stores on January 23rd.

In other news, have you seen the Dunk Low FREE.99? 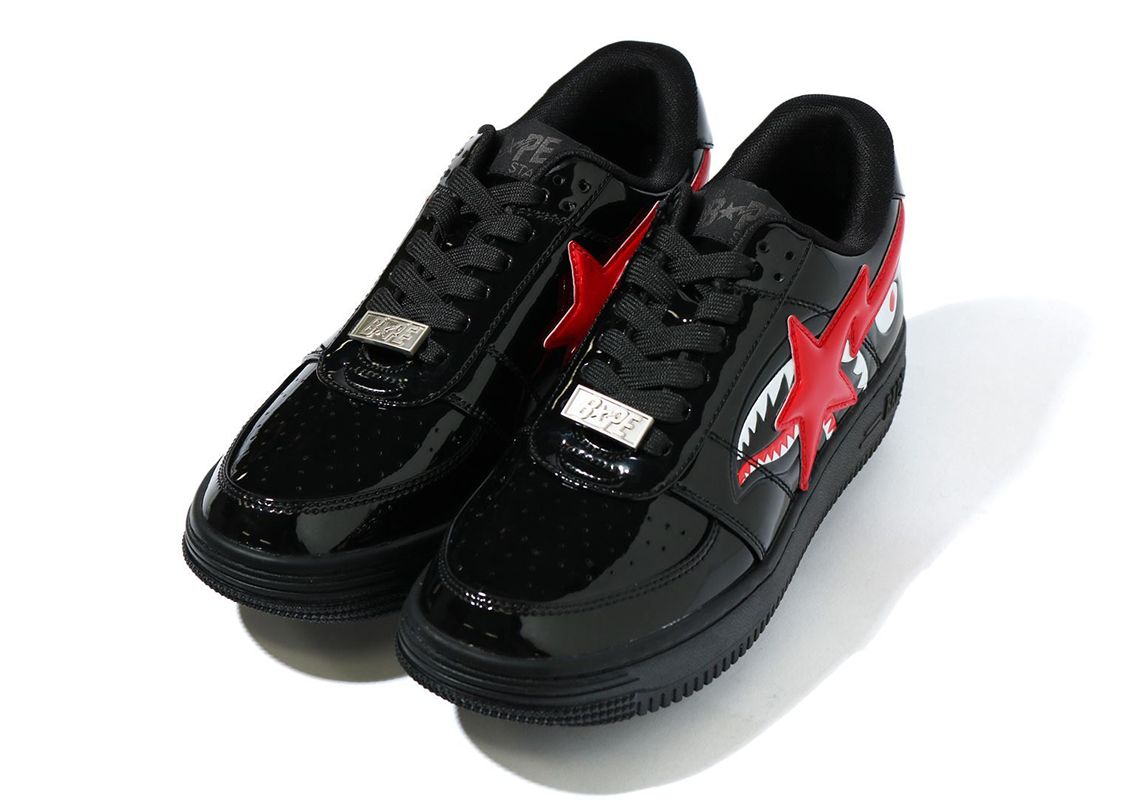 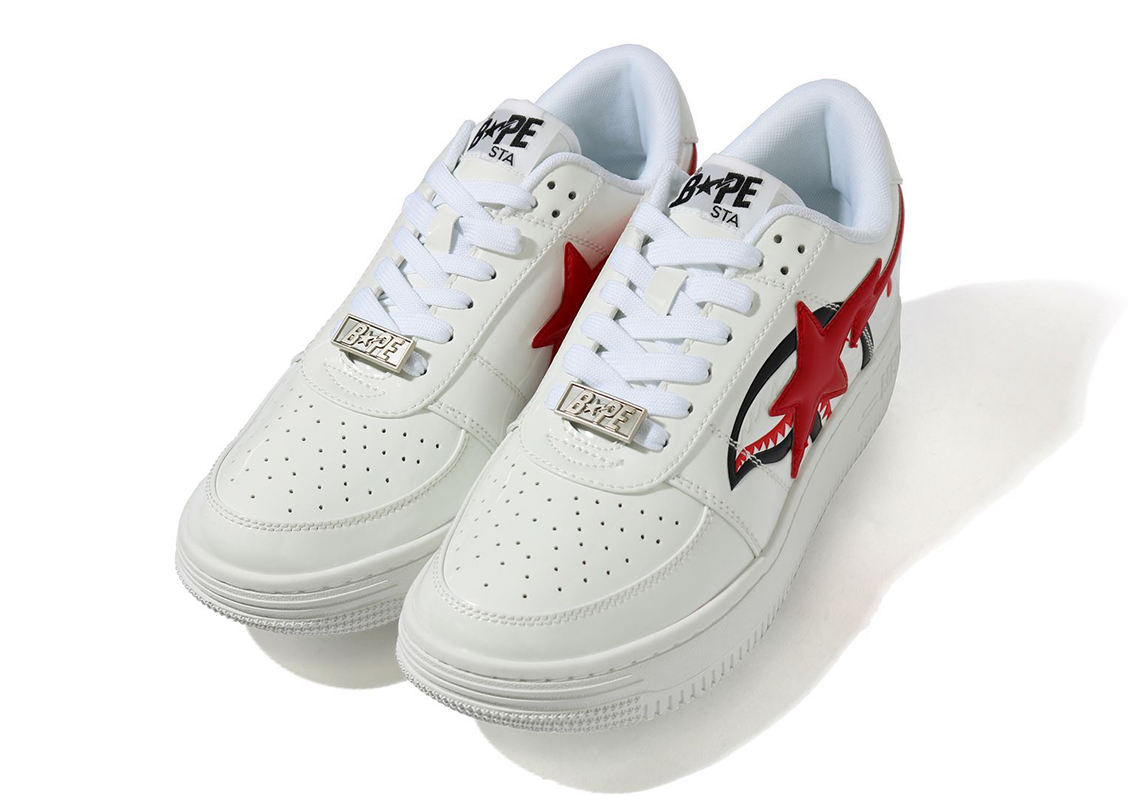