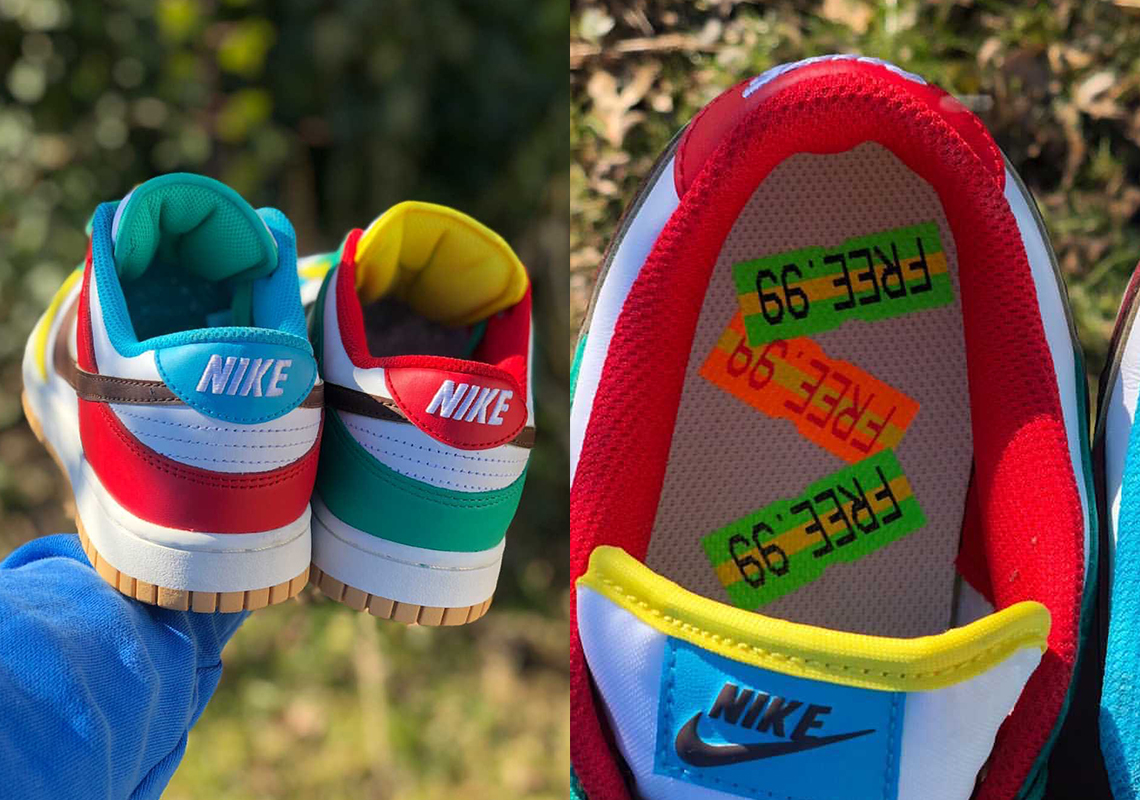 The Nike Dunk Low has garnered quite a bit of attention in the past year. And for 2021, the brand is not slowing down one bit as they’ve prepared not only an entire slew of Chinese New Year themed releases but also a collection of covetable retros. Alongside, a few one-offs are set to release throughout the year, including this “Free 99” colorway which will be offered in both black and white dominant varieties.

Though the former has yet to be pictured, the latter just appeared by way of insiders, all angles seen in-hand. Its arrangement, which may seem simple if you were to look only at one side, is visually bold, alternating in color as it transitions from the left to right foot. While the execution may seem random, all panels at least borrow from the same six part palette: the base is grounded in white leathers, browned Swooshes, and gum bottoms, while the overlays and branded patches patchwork together shades of aqua blue, bright yellow, light green, and red. Elsewhere, the design is then capped off along the insole as a trio of FREE.99 labels “price” the shoe over top.

Grab a close-up look at the Dunk Low “FREE.99” right here and expect to learn more about its Nike.com release very soon.

In other news, have you checked out the returning Air Max 90 Bacon? 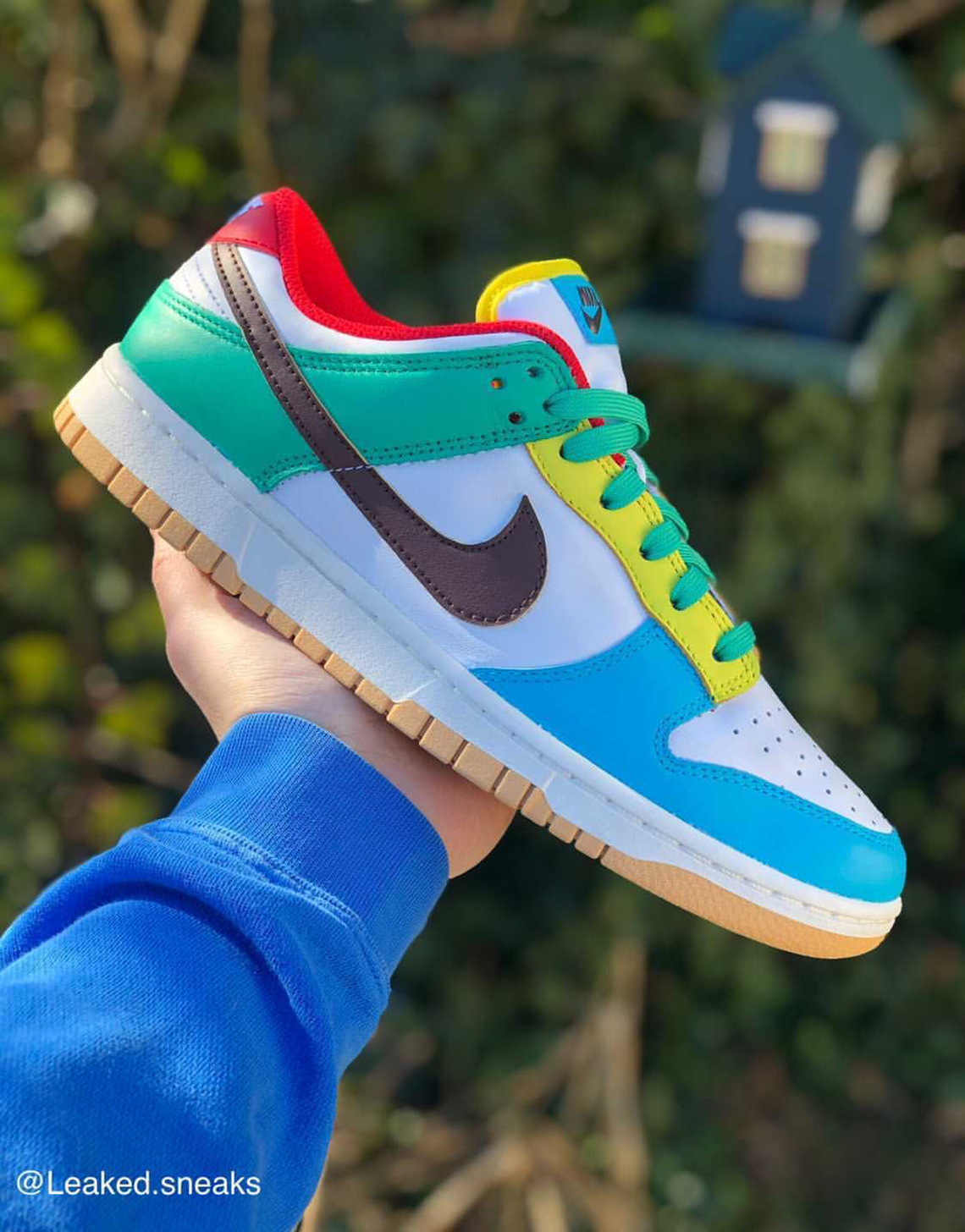 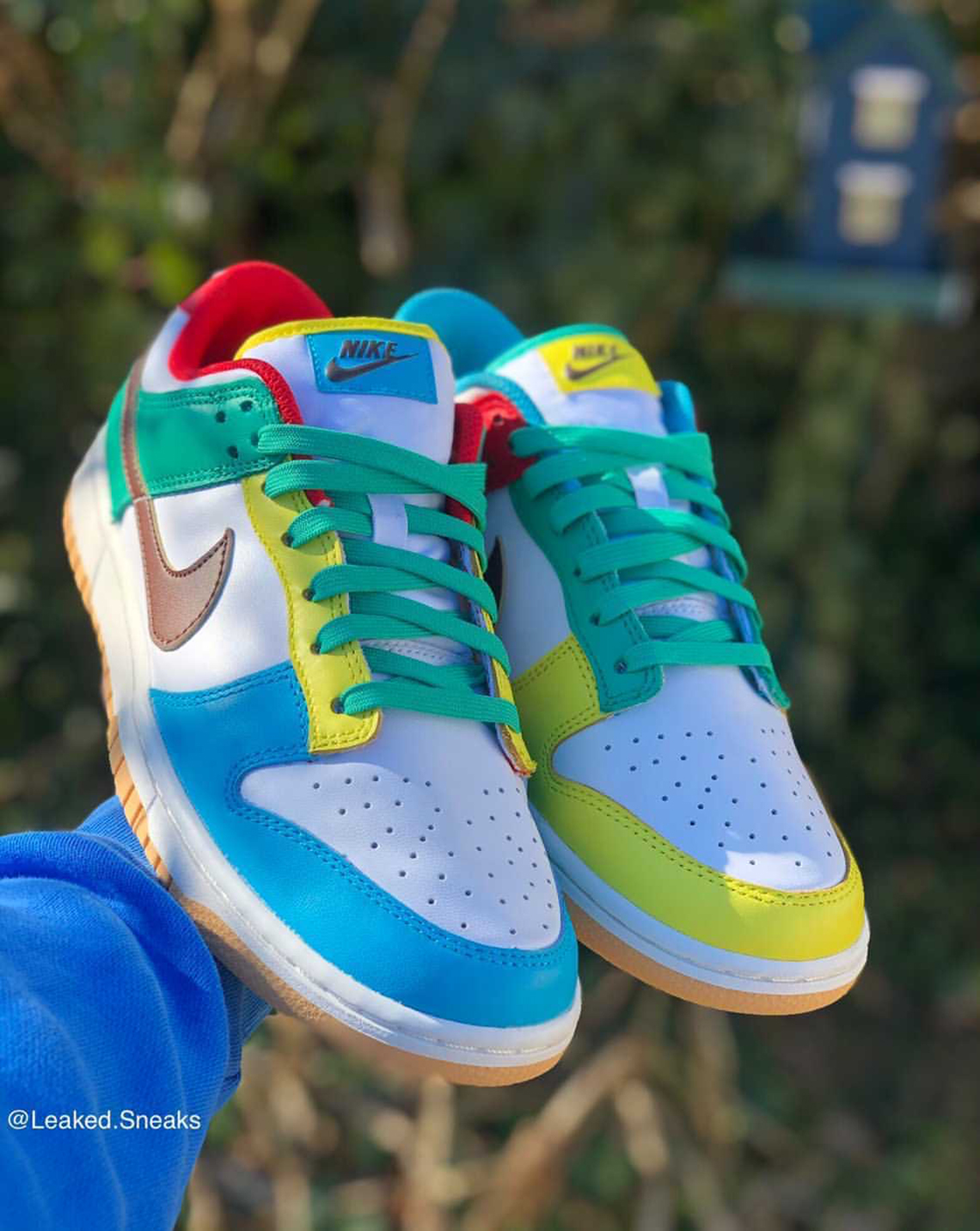 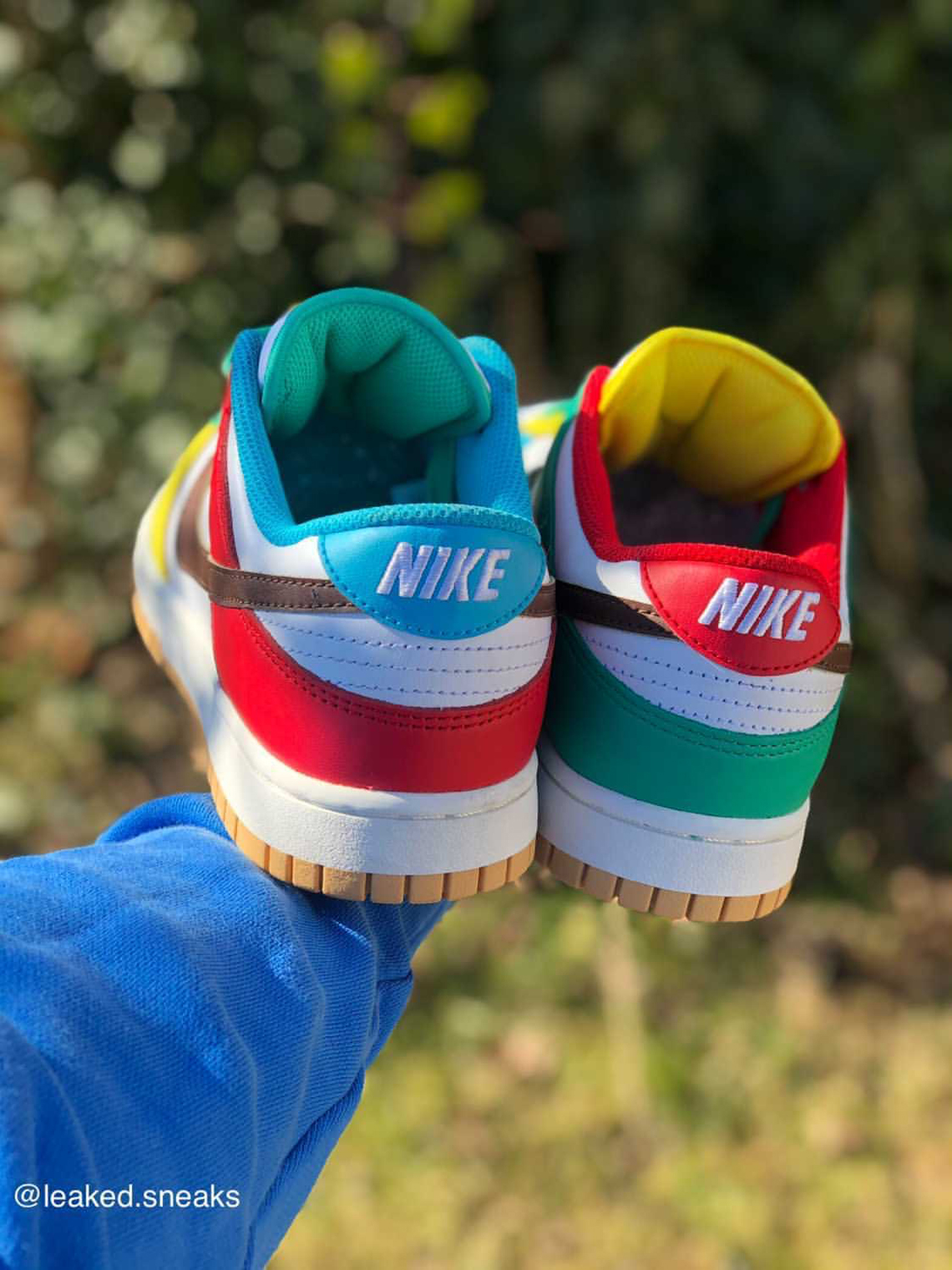 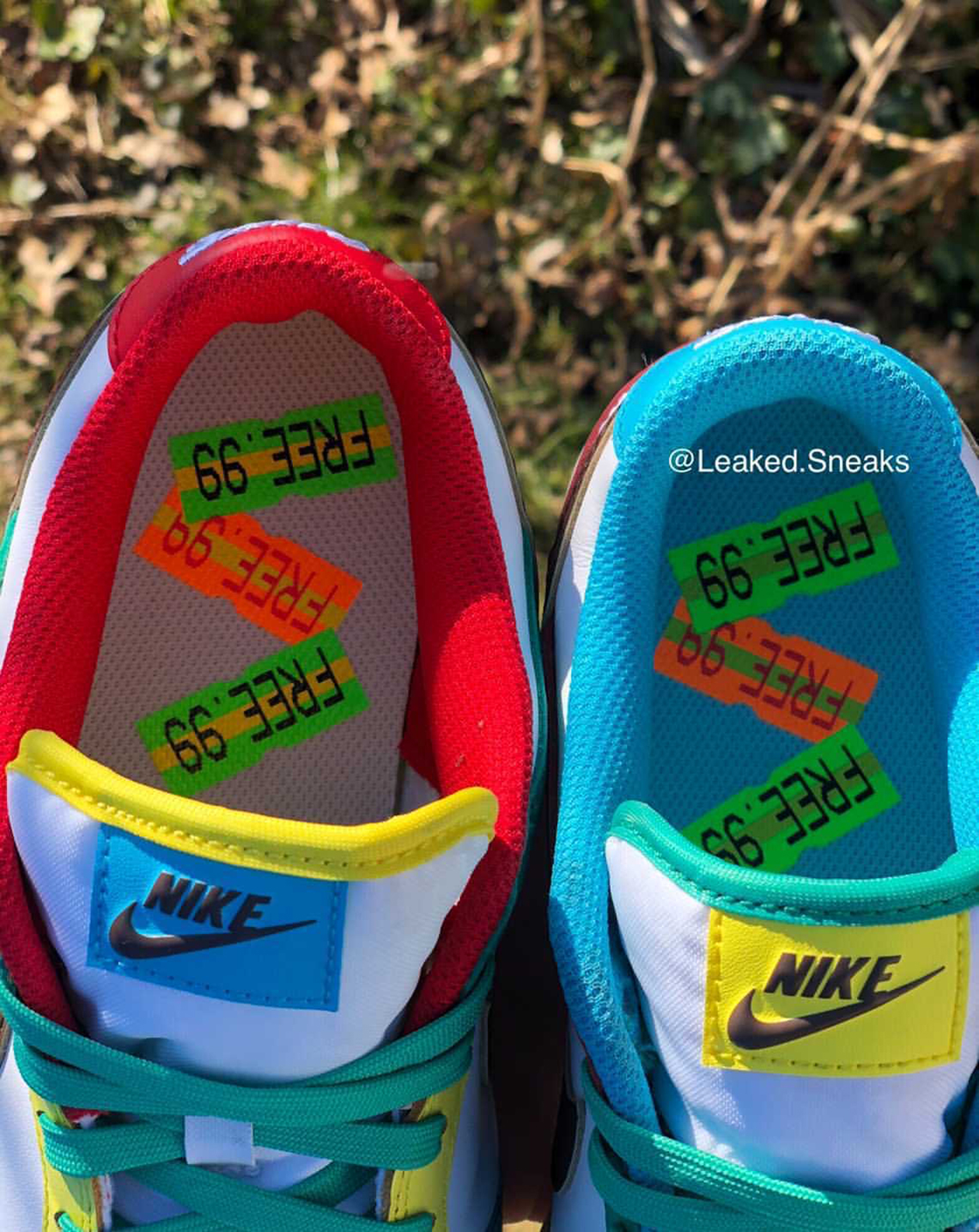 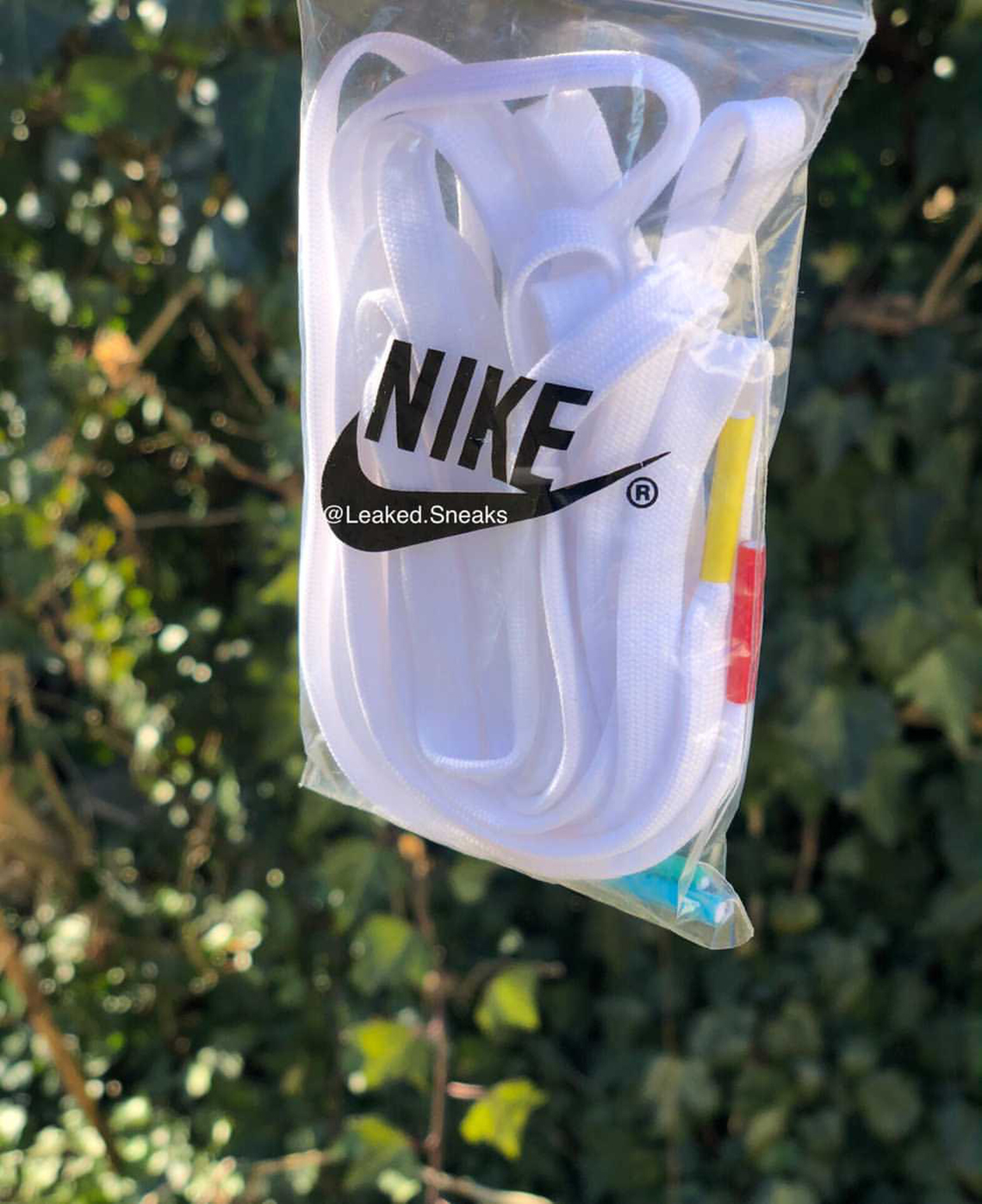