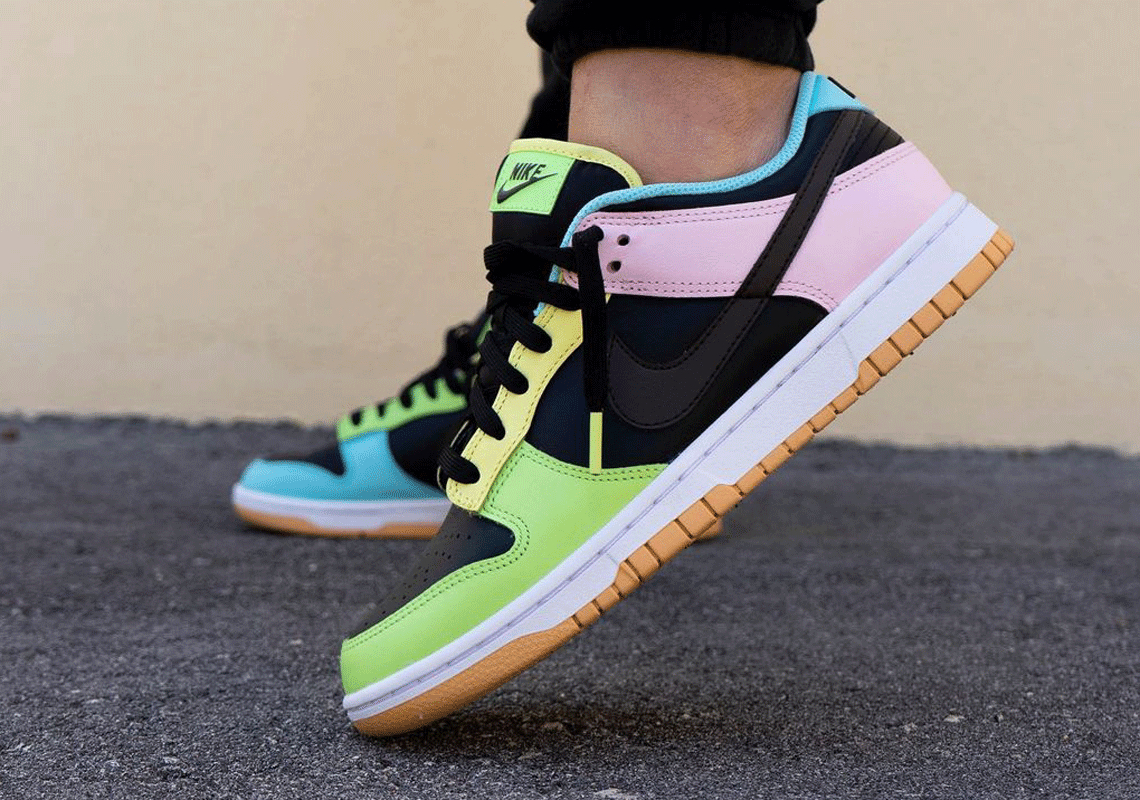 A Second Colorway Of The Nike Dunk Low “FREE.99” Appears

As evidenced by how quick a “SOLD OUT” message appeared on the Nike Dunk By You landing page, interest in the 36-year-old design hasn’t dwindled. The Peter Moore-designed sneaker is sure to garner attention with its next ensemble, especially if it arrives at the price advertised on its sock-liner: “FREE.99.”

The second Nike Dunk Low to recently appear with the unlikely retail theme, the forthcoming pair switches “in-your-face” “Roma Green,” red and yellow tones for softer shades. “Pink Foam,” which previously landed on the Air Force 1, takes over much of the heel, while a vibrant blue animates the branded Achilles panel; right shoes mixed up the arrangement. Profile swooshes, tongues and leather underlays indulge in stark dark contrast, with the iconic logos opting into a “Dark Chocolate” makeup. Insoles follow suit, but they feature neon-colored pricing stickers suggesting an MSRP of “FREE.99.”

An official Nike SNKRS release date is still unknown, but this colorful pair is likely to launch before summer begins. In the meantime, enjoy a detailed look at the shoes ahead.

For more from NIKE, Inc., check out the latest from the Air Jordan 6, which celebrates its 30th anniversary throughout 2021. 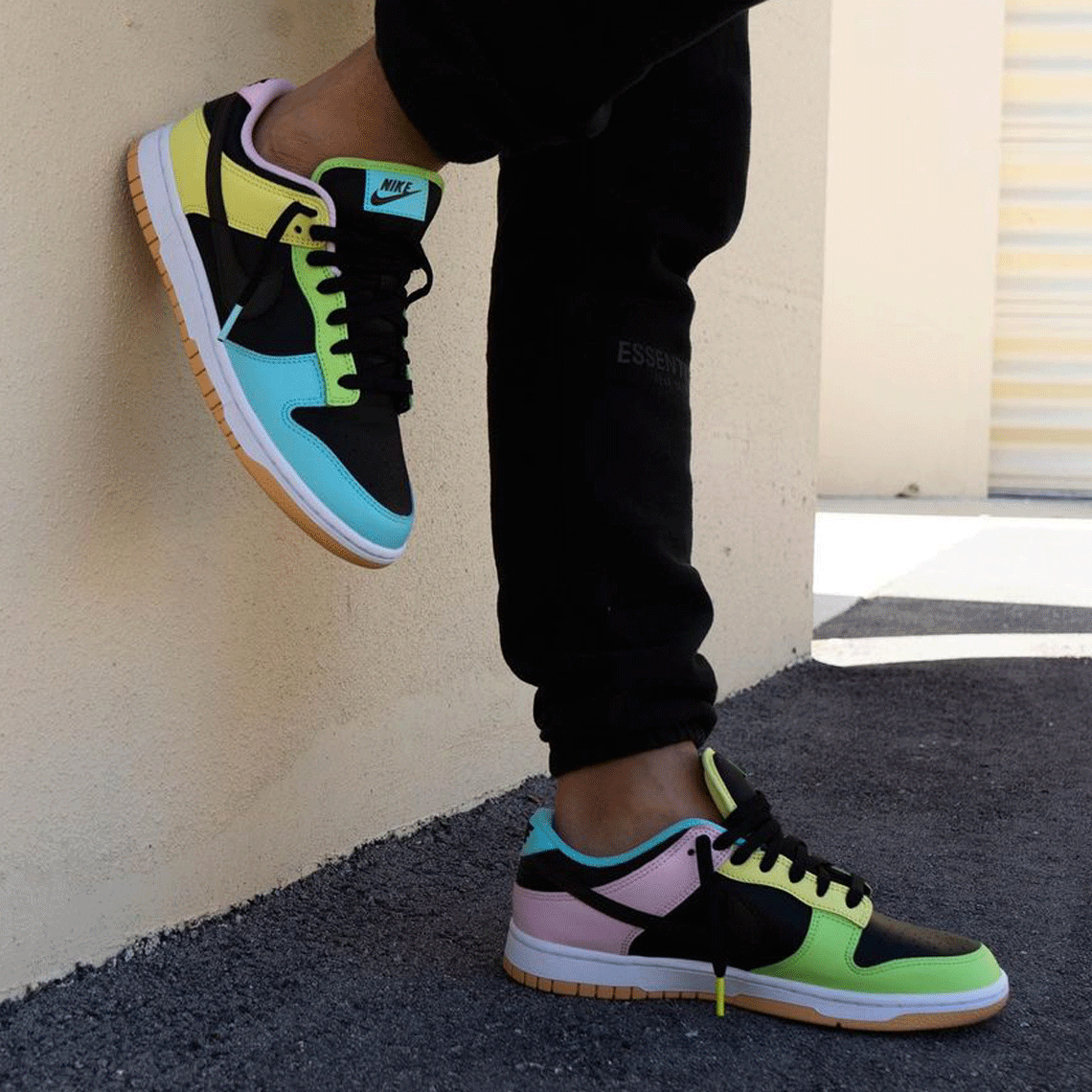 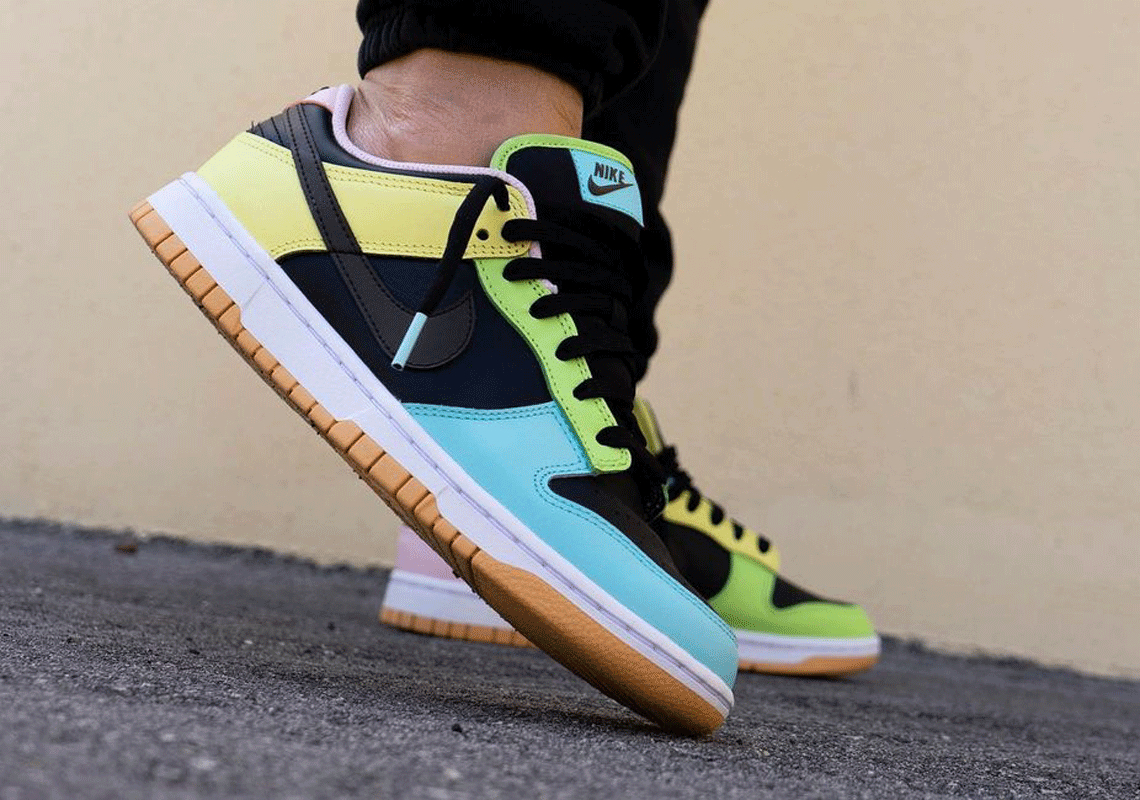 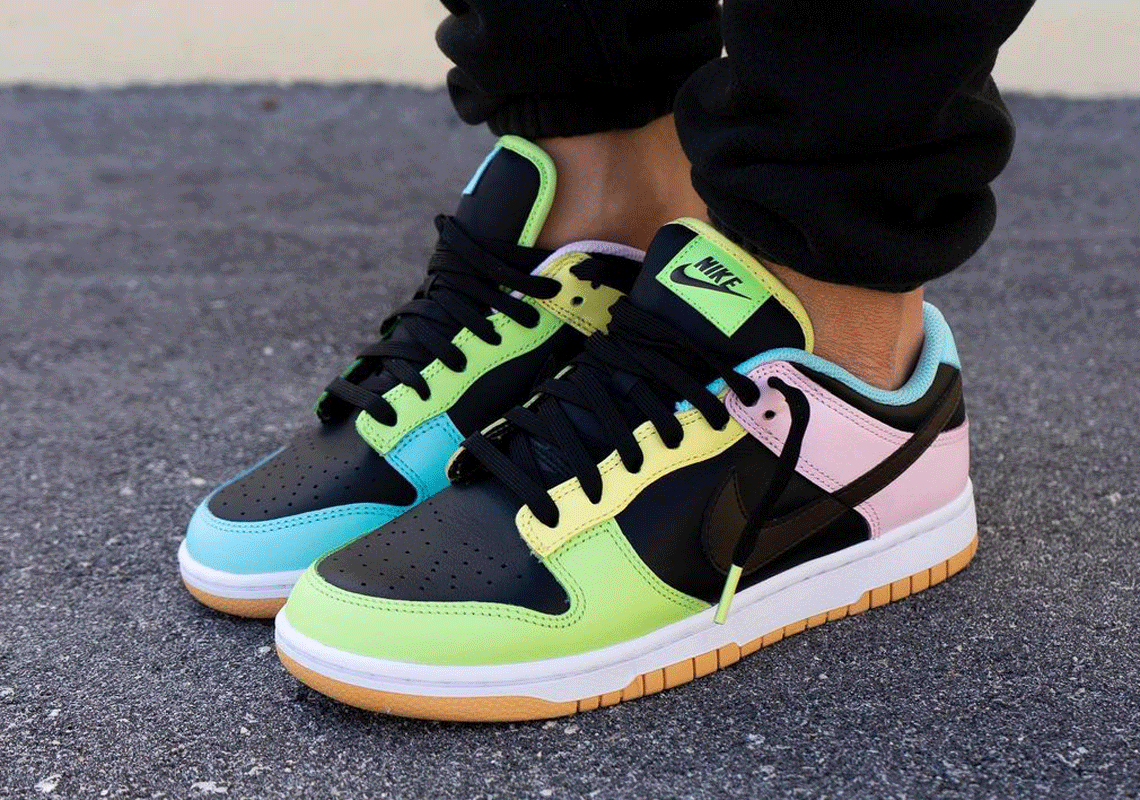 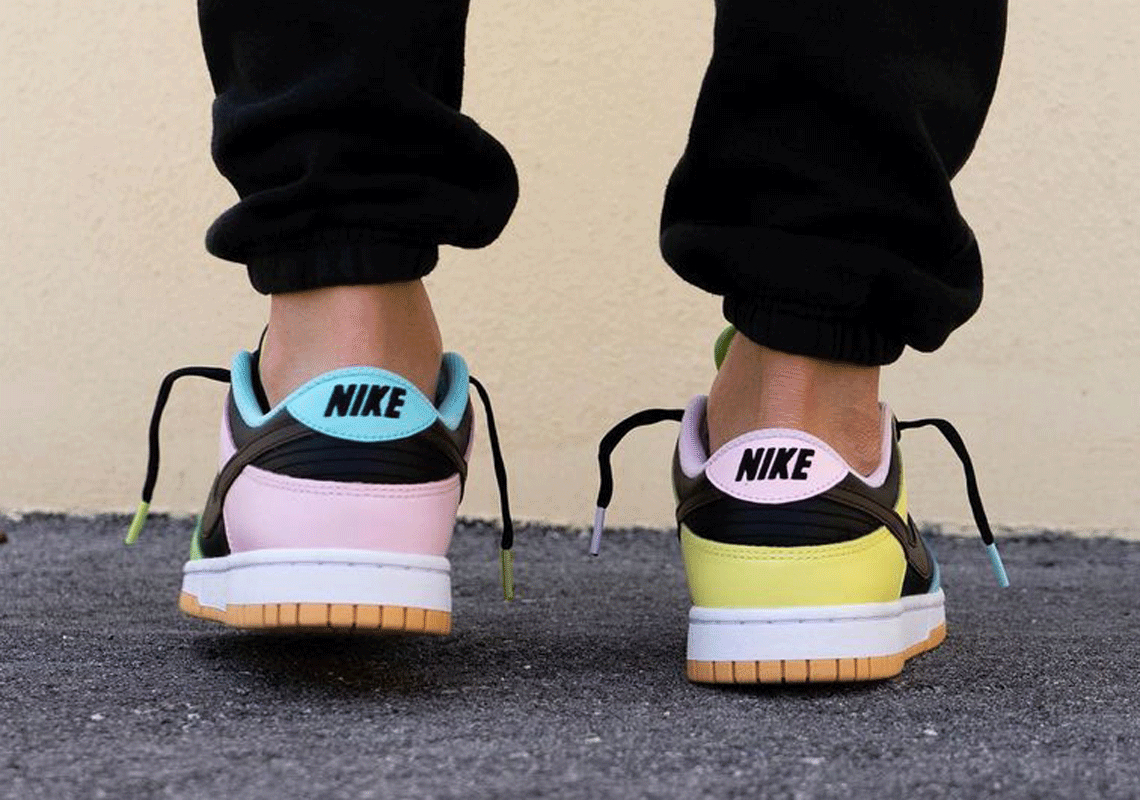 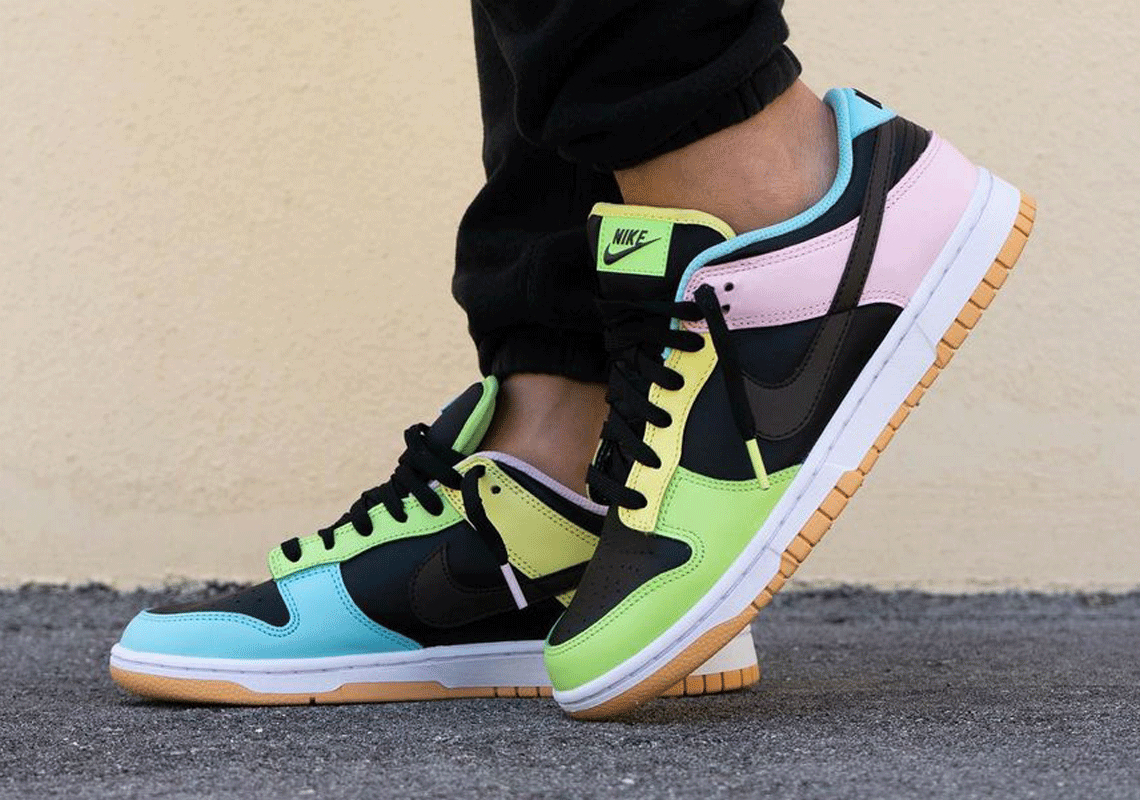 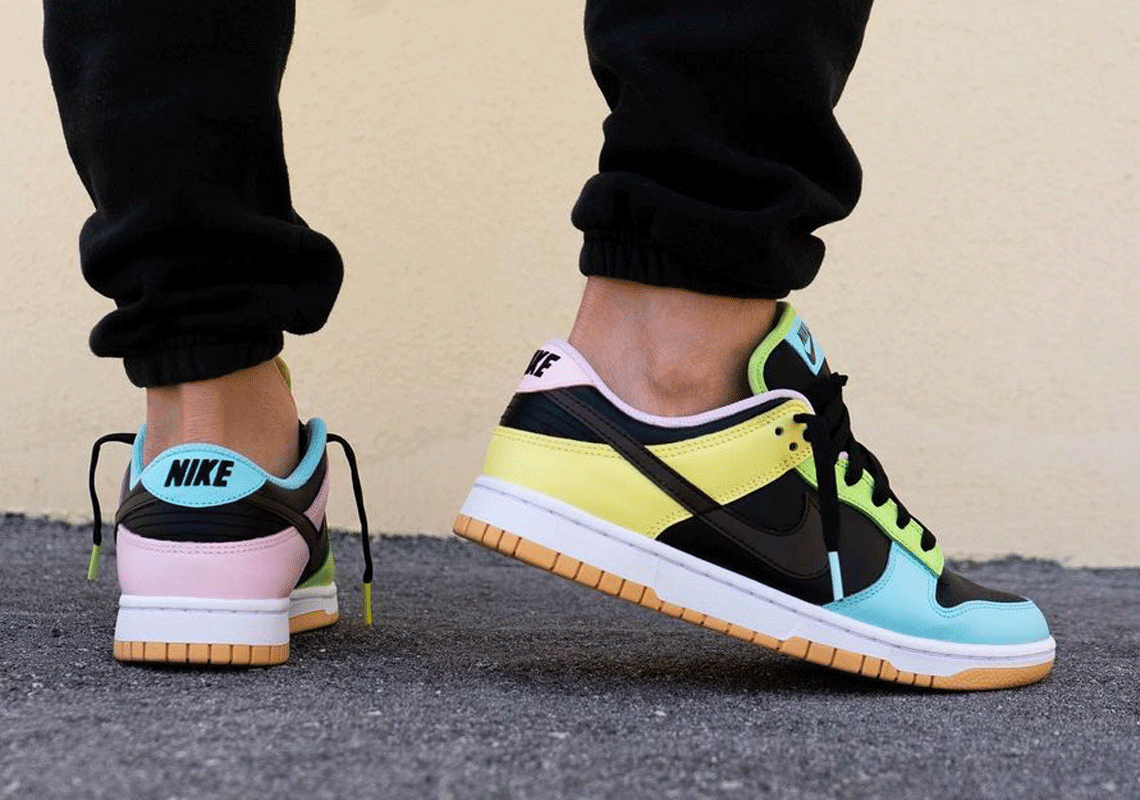 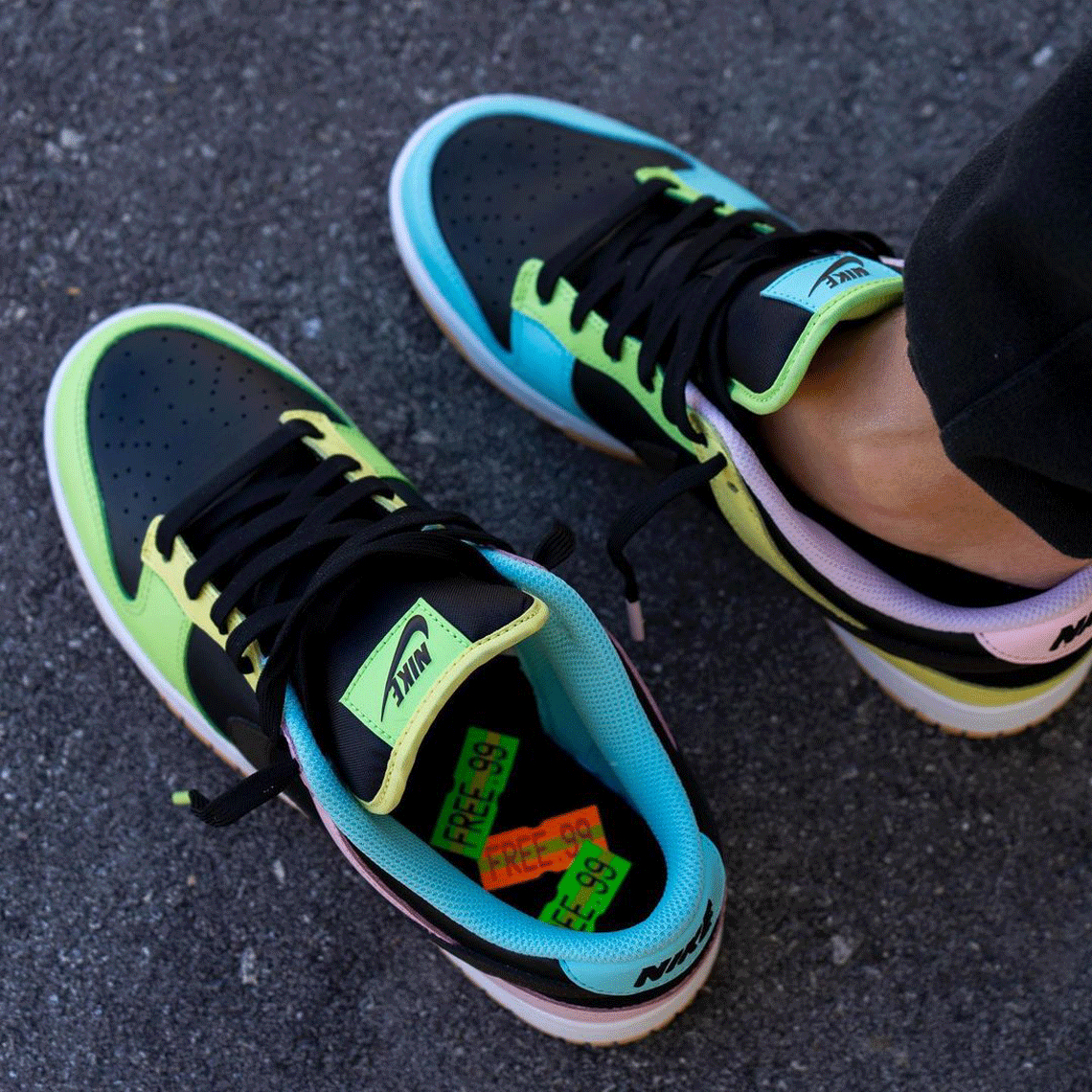 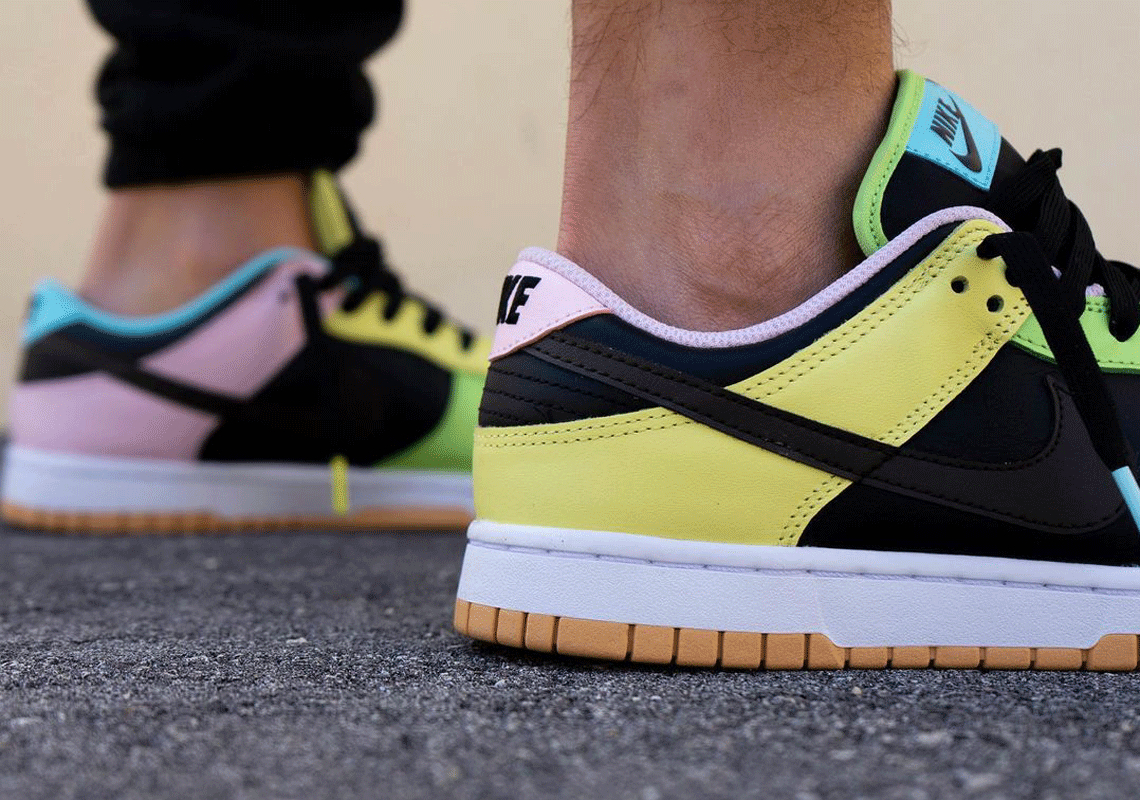 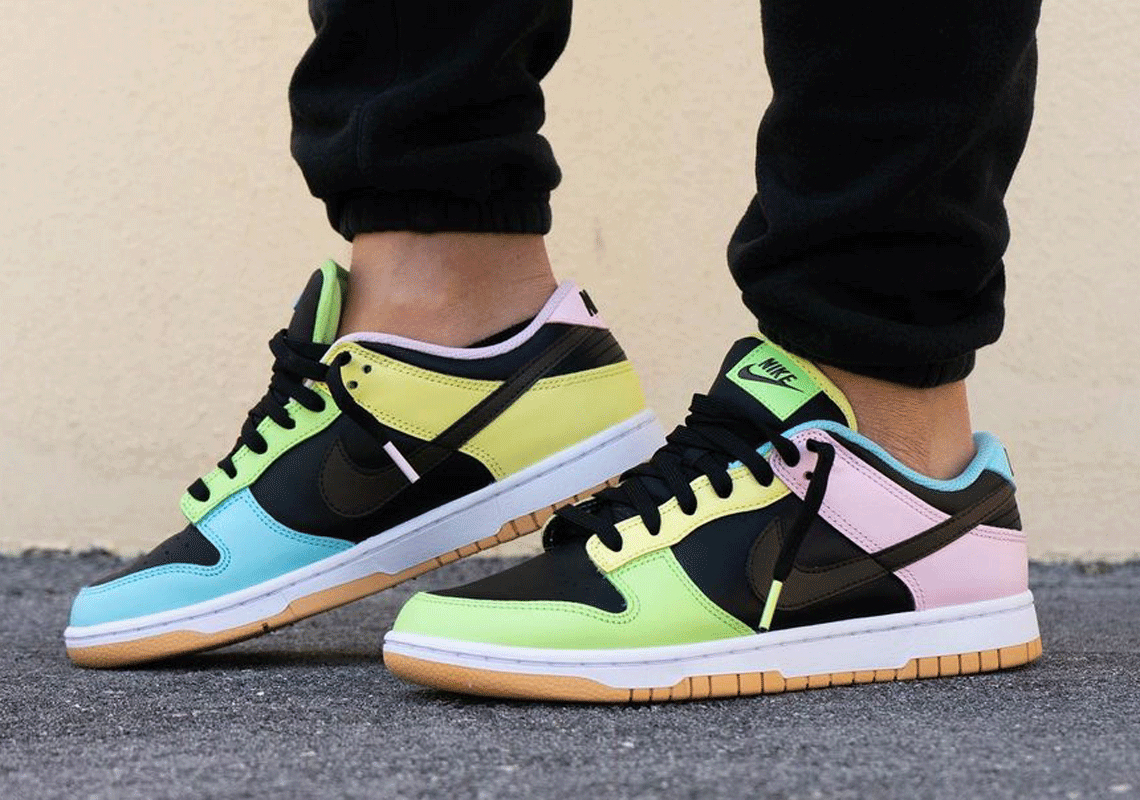