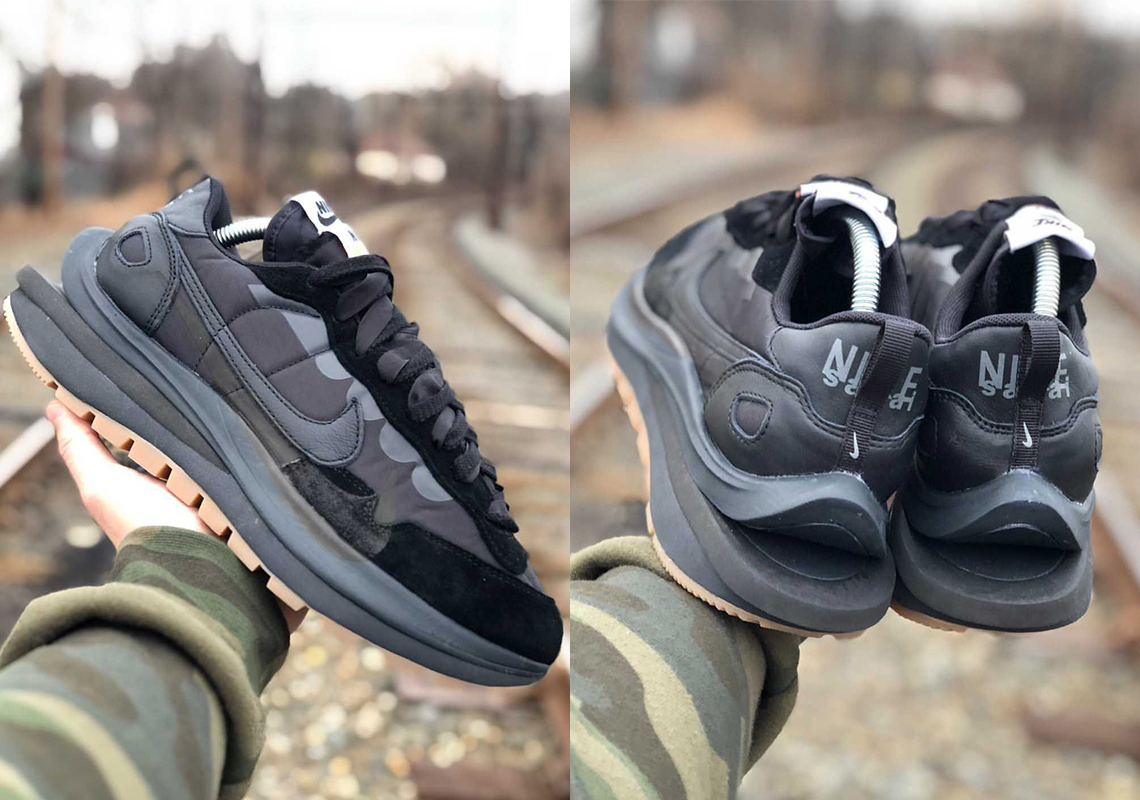 After walking the runway pre-COVID, sacai‘s Nike VaporWaffle released in four different arrangements. And though surely a sizable selection, this was but a small teaser of what’s to come, as the collaborative silhouette is soon to expand with not only SS21 options and a Jean Paul Gaultier three-way but also a brand new Black and Gum colorway.

Pictured extremely close-up via insiders, the offering is a stark departure from its FW20 counterparts. It’s more accurate to say that this Vaporwaffle closely resembles the neutral LDWaffles released early 2020, as it employs both the very same ribbon-like laces and nylon-constructed base. Over top, however, there are a few distinctions: though leather still does dress the Swoosh and heel counter, it shares real estate with the extremely darkened, velvety suedes of the toe cap and eye stays. Below, the stacked midsole opts for an understated palette the same as the upper, with gum accenting underfoot.

Grab a detailed look at these upcoming VaporWaffles here, and though a release date is unconfirmed, it’s likely we’ll be see a launch before the end of 2021.

In other news, official images of the Jordan 1 Silver Toe have surfaced. 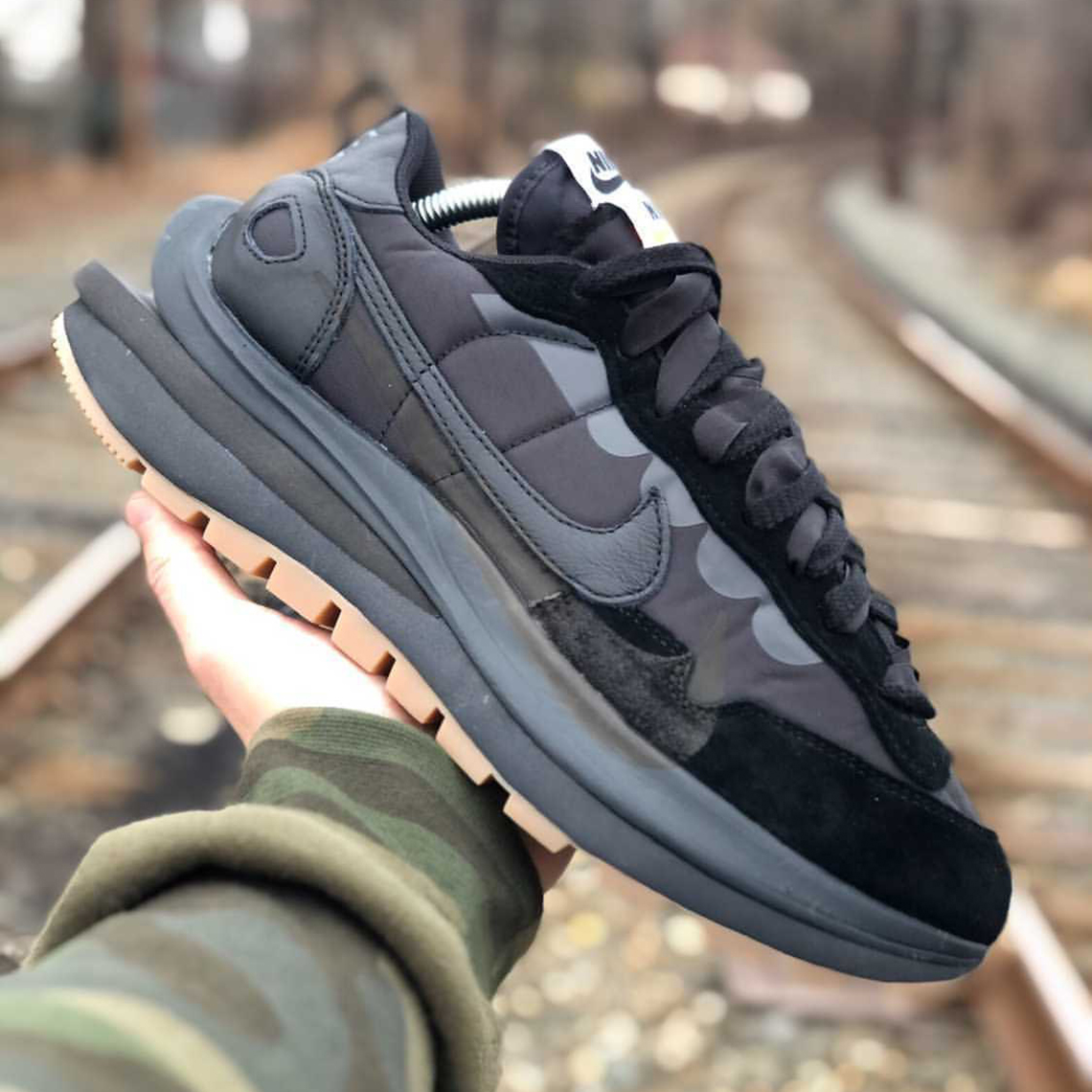 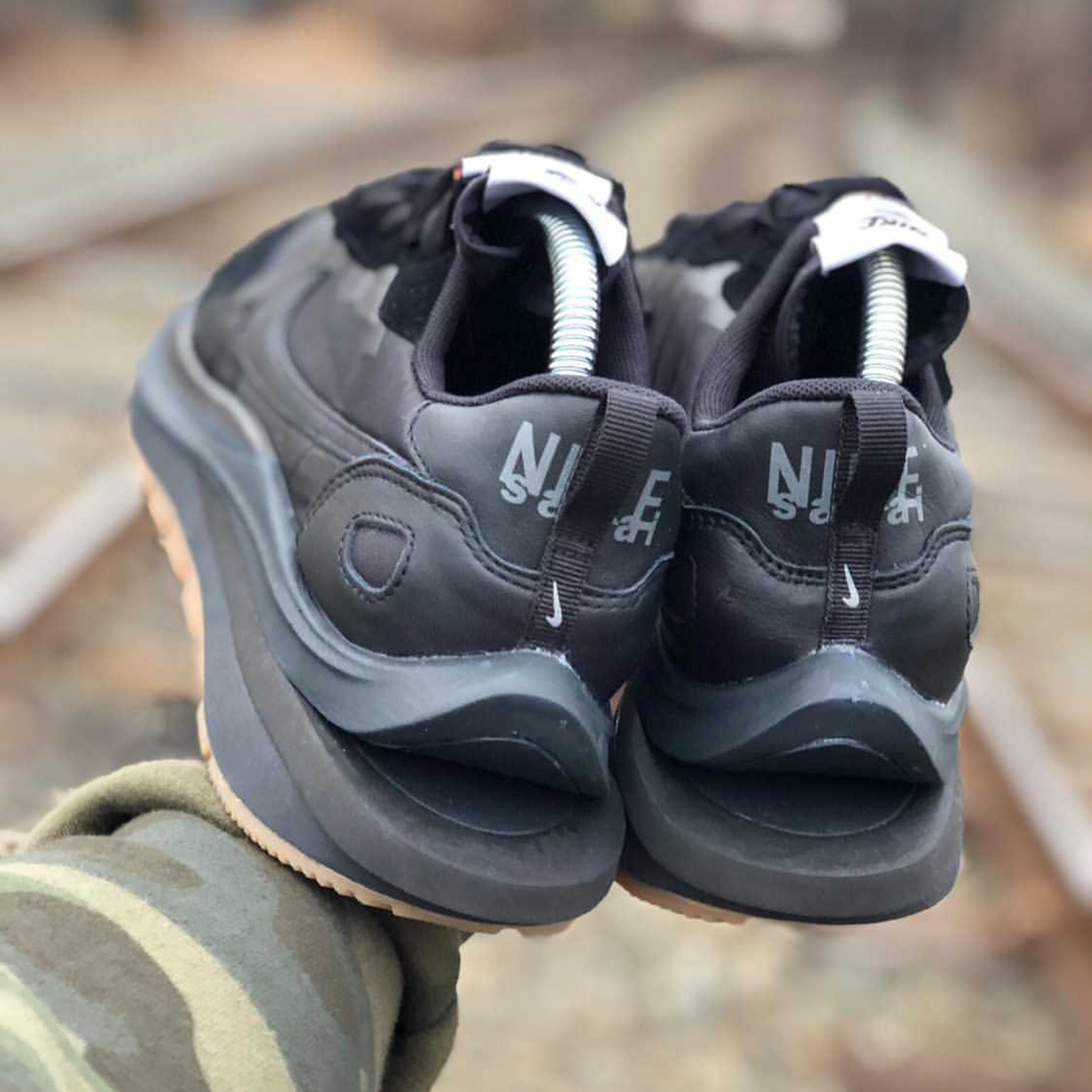 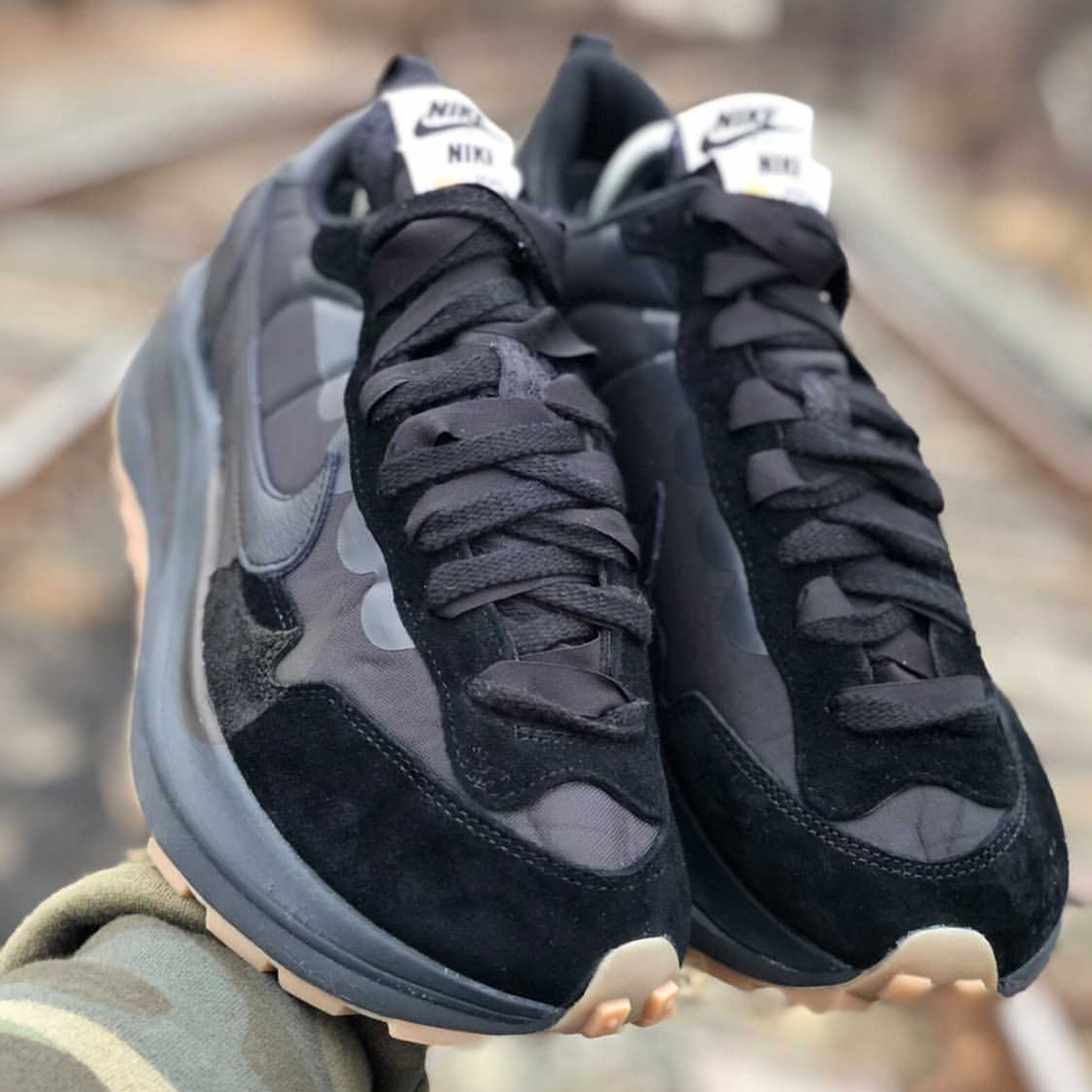