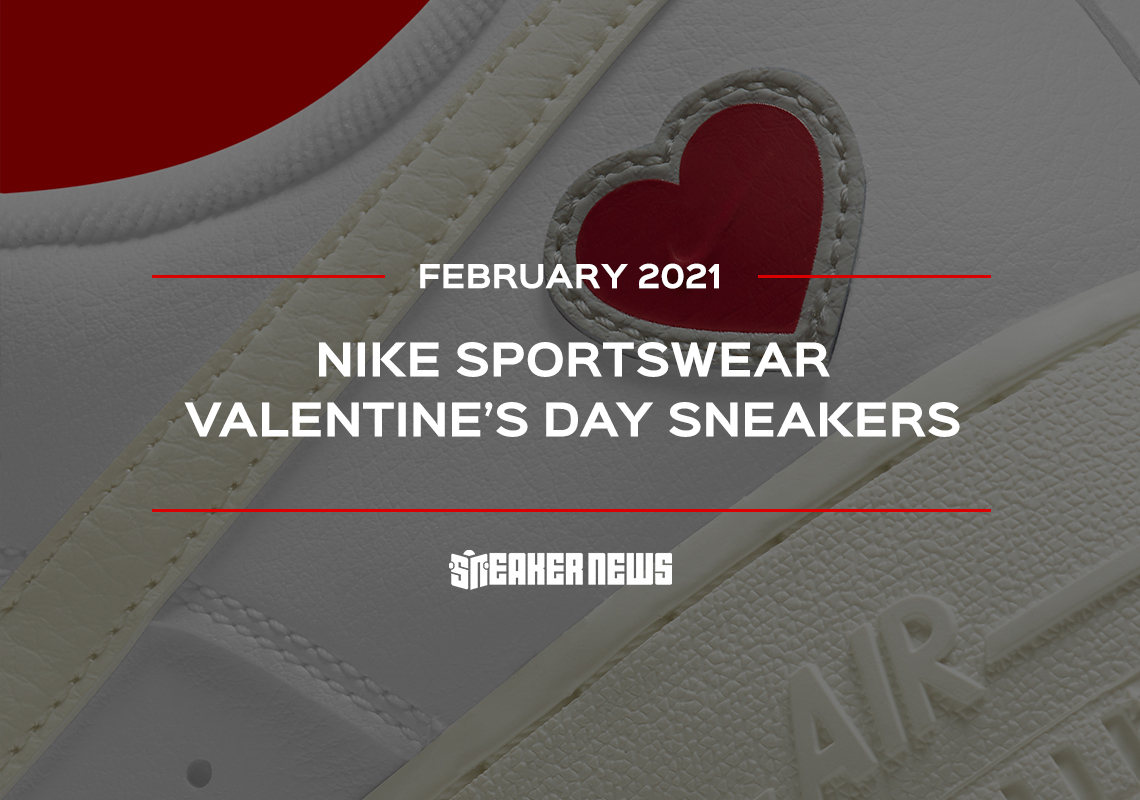 Where To Buy The Nike “Valentine’s Day” Sneaker Releases

It may not always trend on social media or appear on news tickers, but love always wins. This month, NIKE, Inc. has delivered reminders to everyone via an assortment of two Nike Sportswear classics: the Air Force 1 and Air Max 90.

Clad in pink and red color palettes and laden with heart-shaped accents, each sneaker adds to the brand’s extensive Valentine’s Day catalog. Although all pairs are slated to launch in North America, release dates are still to be disclosed – likely because of logistical delays. Several of the Air Force 1 Low options, however, have either already launched across Asia and overseas regions, with the lone Air Max of the bunch arriving to them on February 6th. In either case, stay tuned here for new details, and follow @kicksfinder on Twitter for live updates. 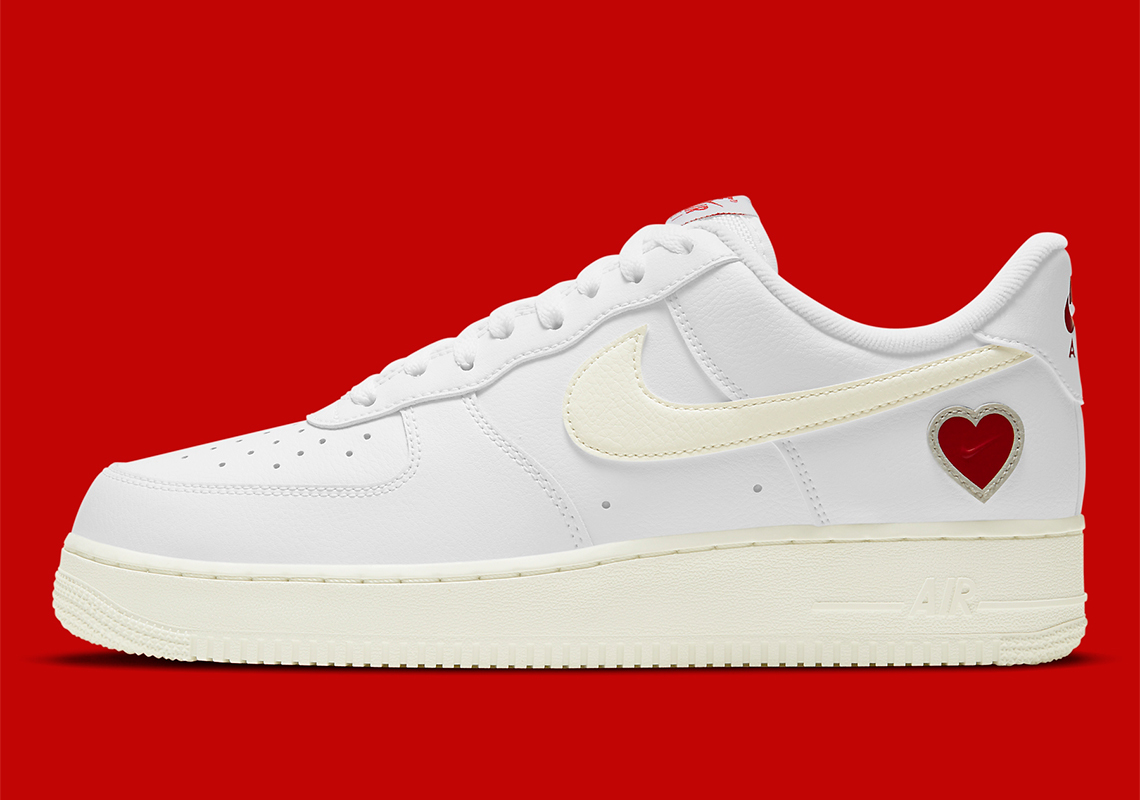 READ MORE: Valentines Day Nike Air Force
(Style Code: DD7117-100)
Heading to European retailers sometime in February, this pair indulges in an understated “White/Sail” color scheme. “NIKE AIR” branding on the tongue and heel deviate from its plain surroundings with a rich red hue. Yet, the heart ornament on the lateral heel steals the show. 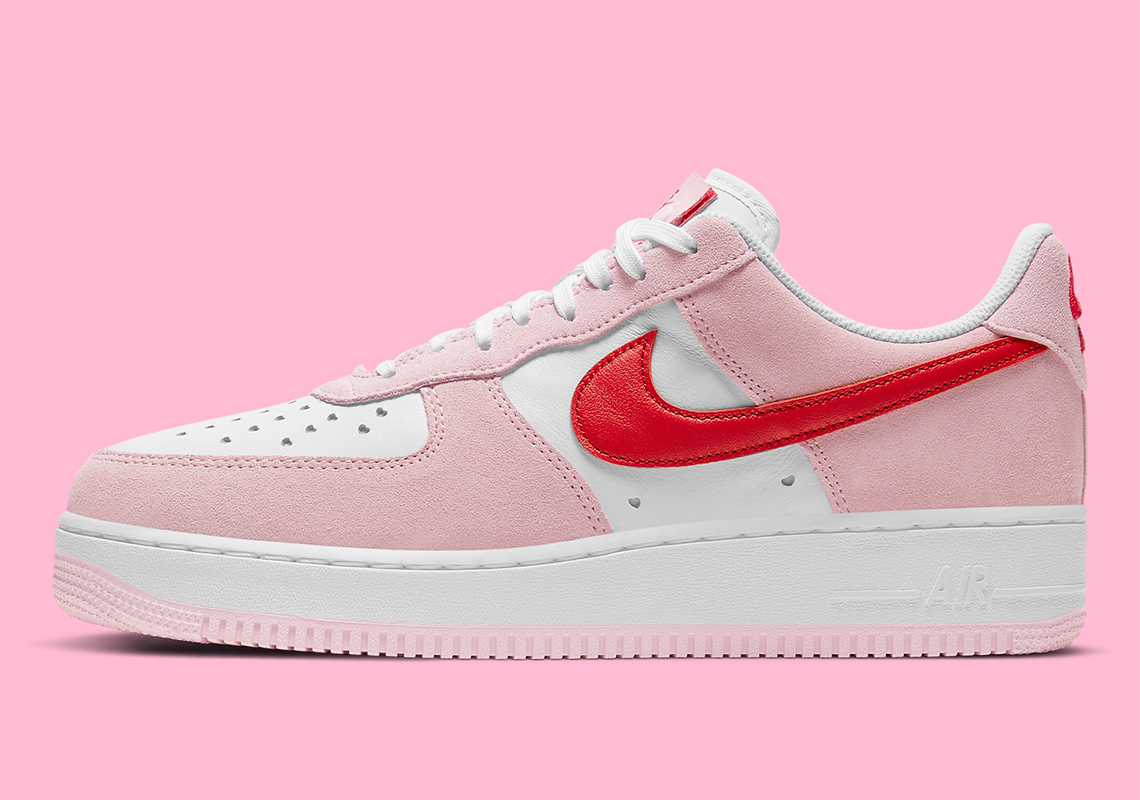 READ MORE: Nike Air Force 1 Love Letter
(Style Code: DD3384-600)
Landing in both Asia and Europe beginning on February 6th, this tri-colored option ostensibly borrows its design from festive sneakers of yesteryear. The color-blocking, suede materials and heart-shaped perforations throughout the toe box have all been enlisted by the Swoosh before. Tongue labels, however, offer a new playful spin to Valentine’s Day footwear: a “love letter” to one of Nike’s greatest shoes ever. (The pair has been confirmed to launch stateside on February 13th.) 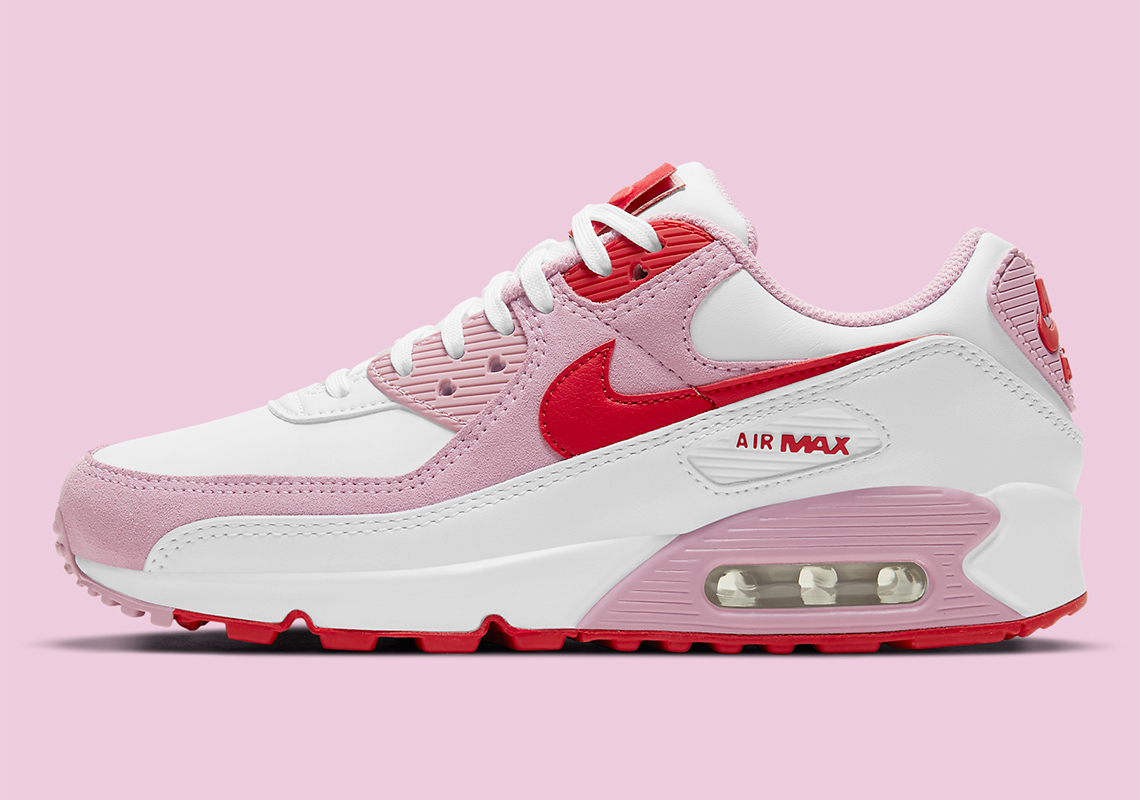 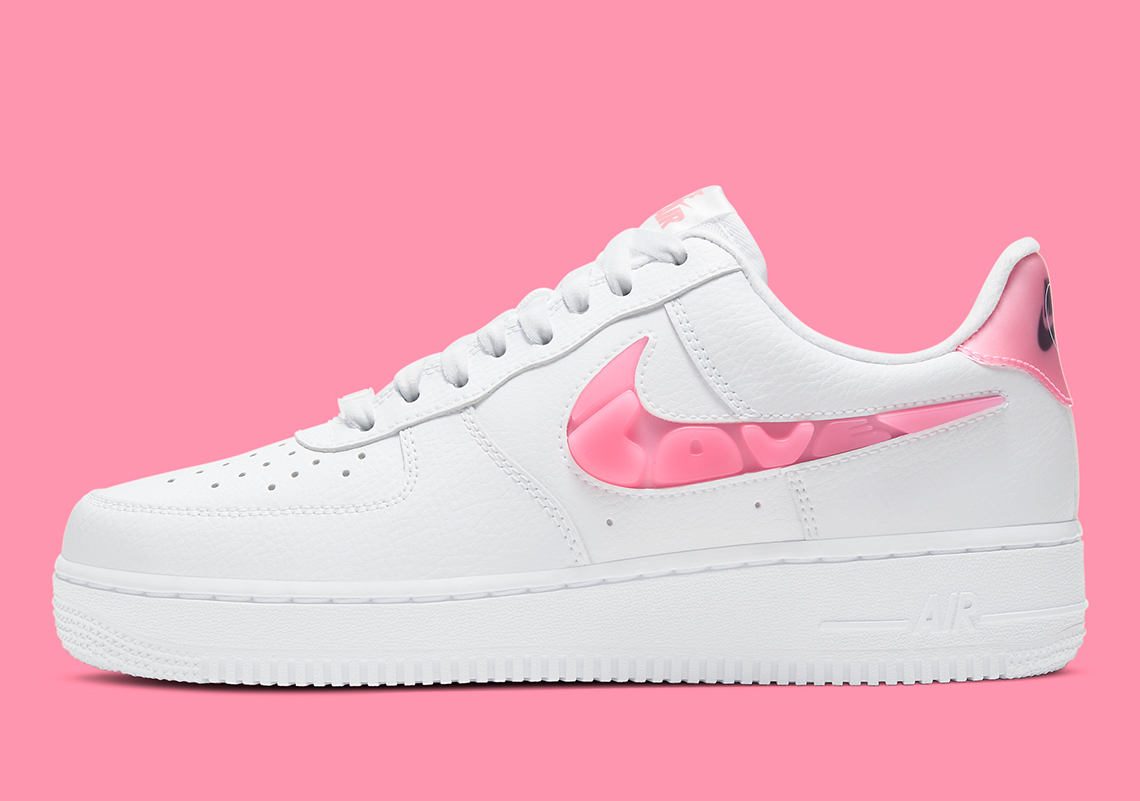 READ MORE: Nike Air Force 1 Love For All
(Style Code: CV8482-100)
Ahead of its 40th anniversary, Bruce Kilgore’s 1982 design has emerged in stylings for all tastes. This take’s “White/Pink” arrangement isn’t new to the model’s storied catalog, but its swooshes’ designs are. Carved out, standard leather is replaced with molded lettering that send two messages: “LOVE” and “LOVE FOR ALL”. 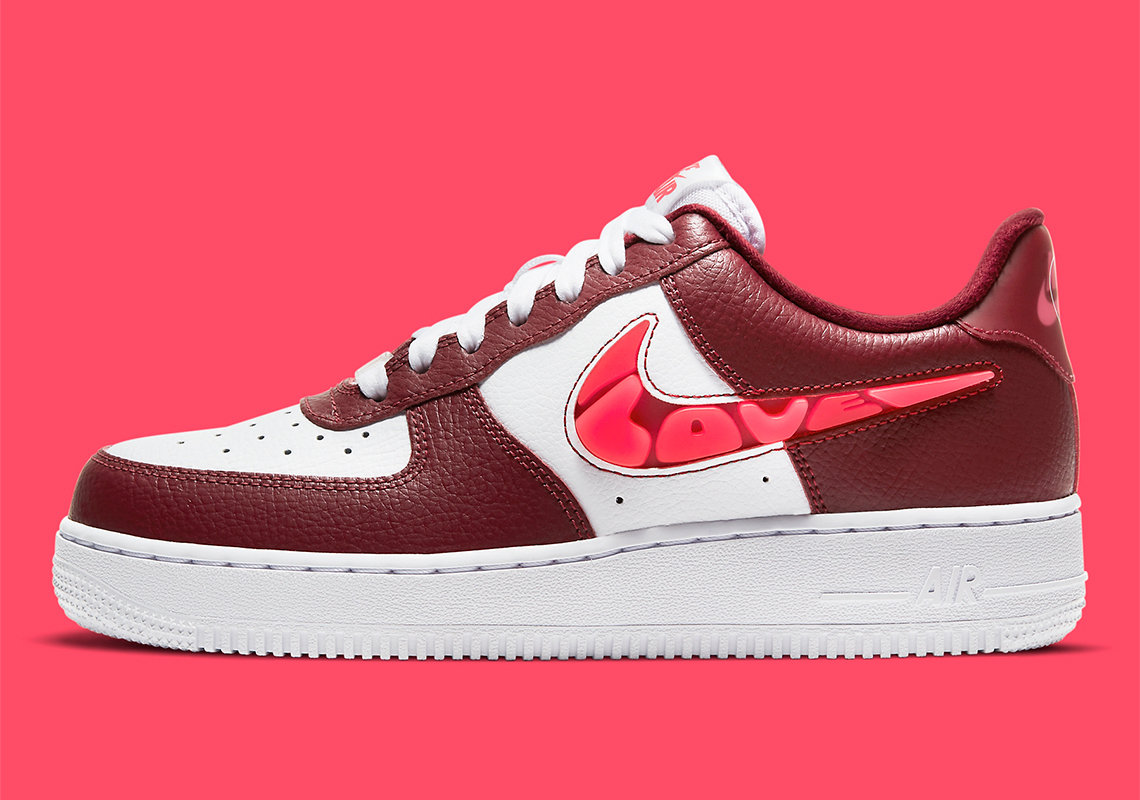 READ MORE: Valentine’s Day Nike Air Force 1
(Style Code: CV8482-600)
Like its plainer counterpart, this pair has already launched in Asia and other regions. Profile swooshes feature “LOVE” and “LOVE FOR ALL” messages, but complement them with a maroon color that’ll make the sneakers wearable all-year round.