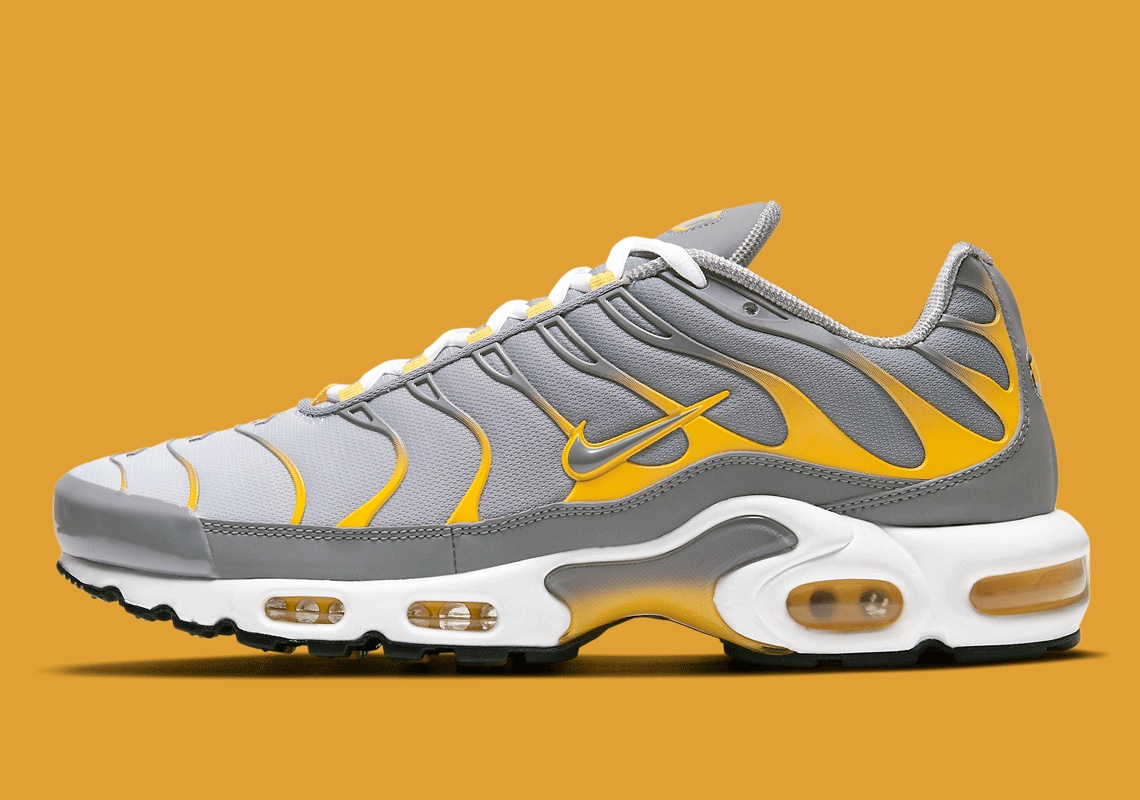 The Nike Air Max Plus has recently emerged in arrangements contributing to the brand’s “Move to Zero” campaign via Nike Regrind material. For its latest proposition, however, the Sean McDowell-designed silhouette has forgone the up-cycled material in favor of a standard build clad in a “Particle Grey/Dark Sulphur/White” palette.

Mesh bases on the forthcoming pair indulge in a greyscale gradient, which is undeniably overshadowed by the yellow TPU overlays atop it. Lace loops, whale tail-shaped mid-foot shanks and Tuned Air units underfoot all indulge in “Dark Sulphur,” which allows the “Tn AIR” badges throughout the shoe maintain their iconic color scheme. Air Max units at the forefoot also follow suit, while tread mostly partakes in a black arrangement.

Enjoy official images of the Air Max Plus here below, and expect pairs to hit Nike.com soon.

Elsewhere under the Swoosh umbrella, the Air Force 1 has been celebrating its 39th anniversary in style. 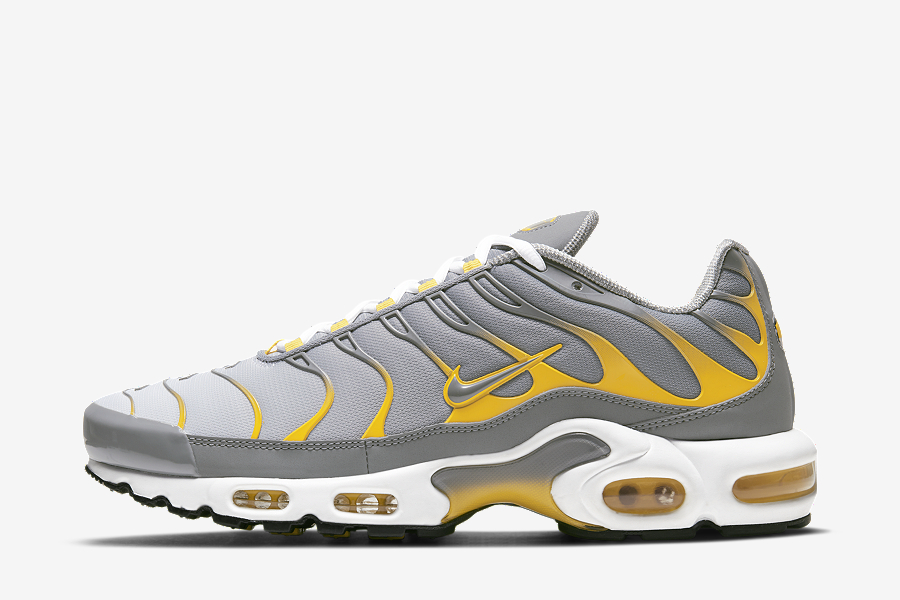 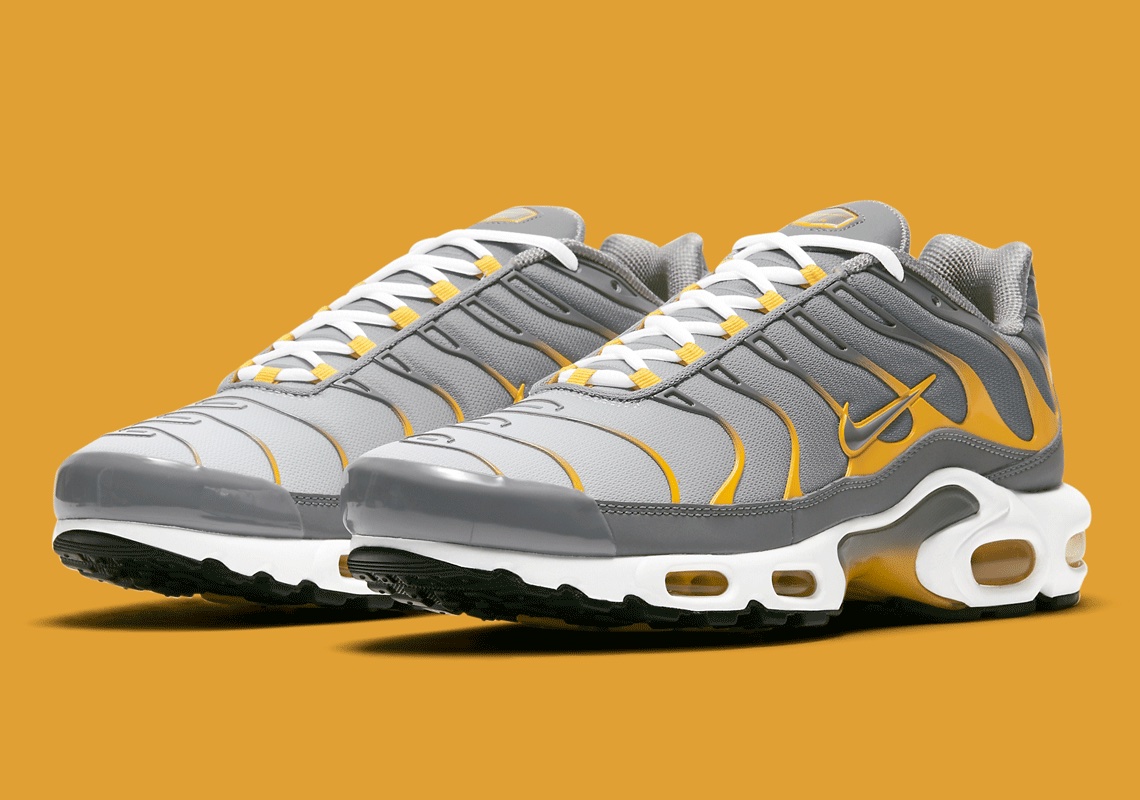 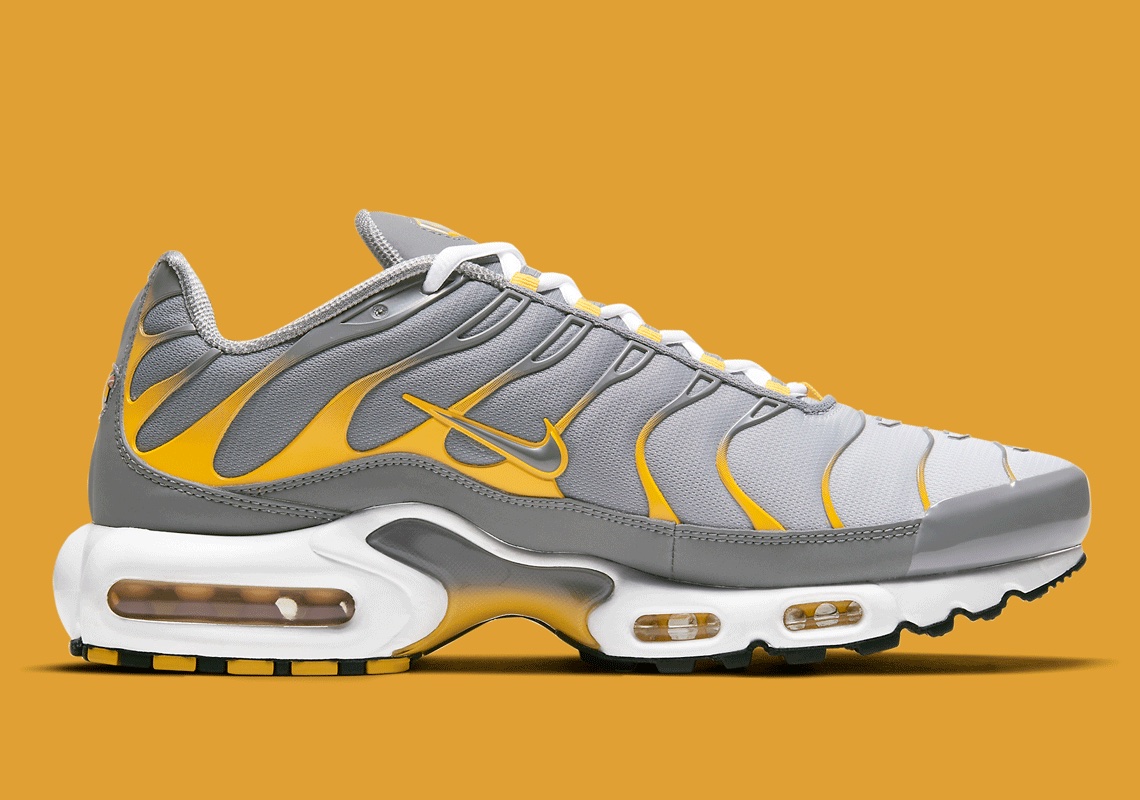 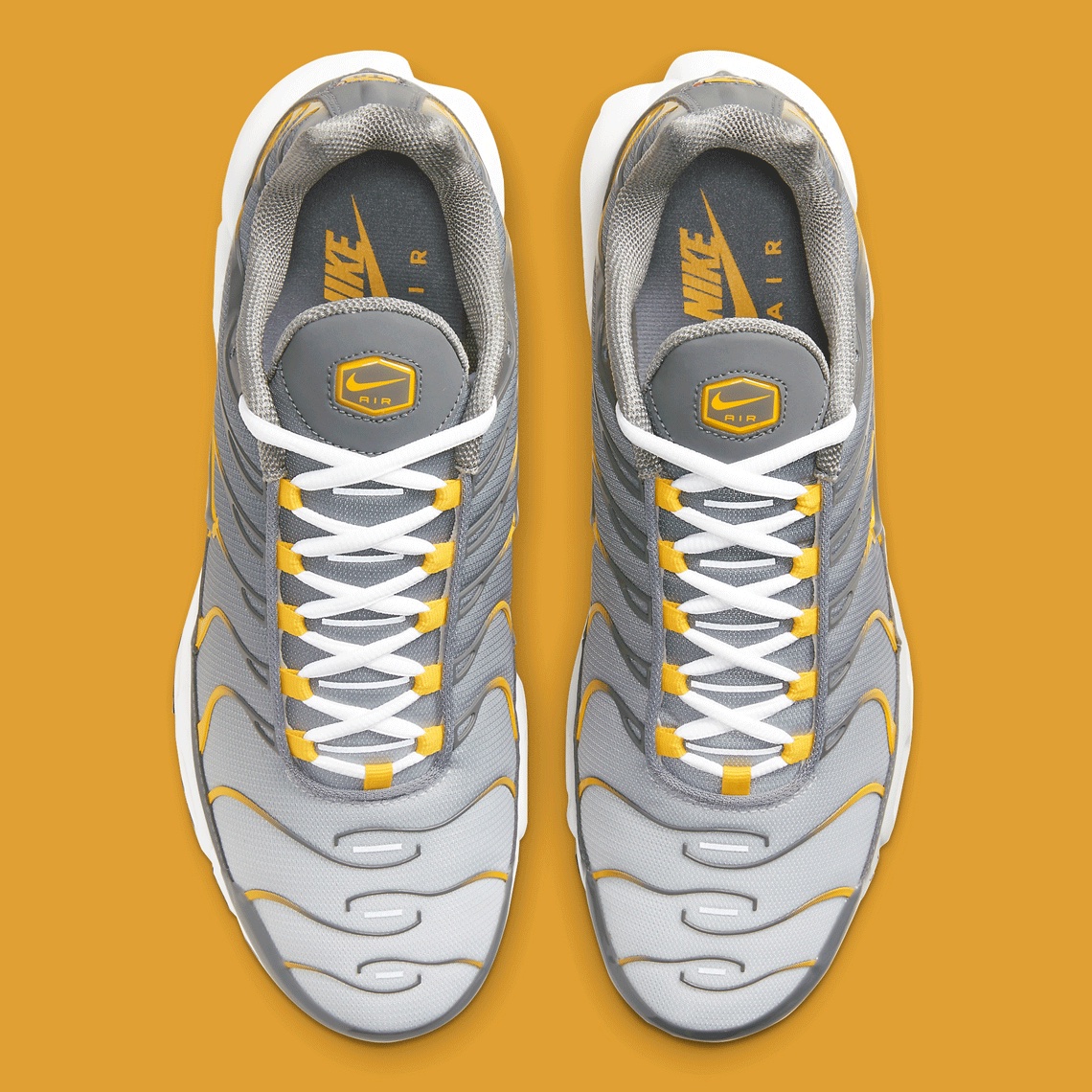 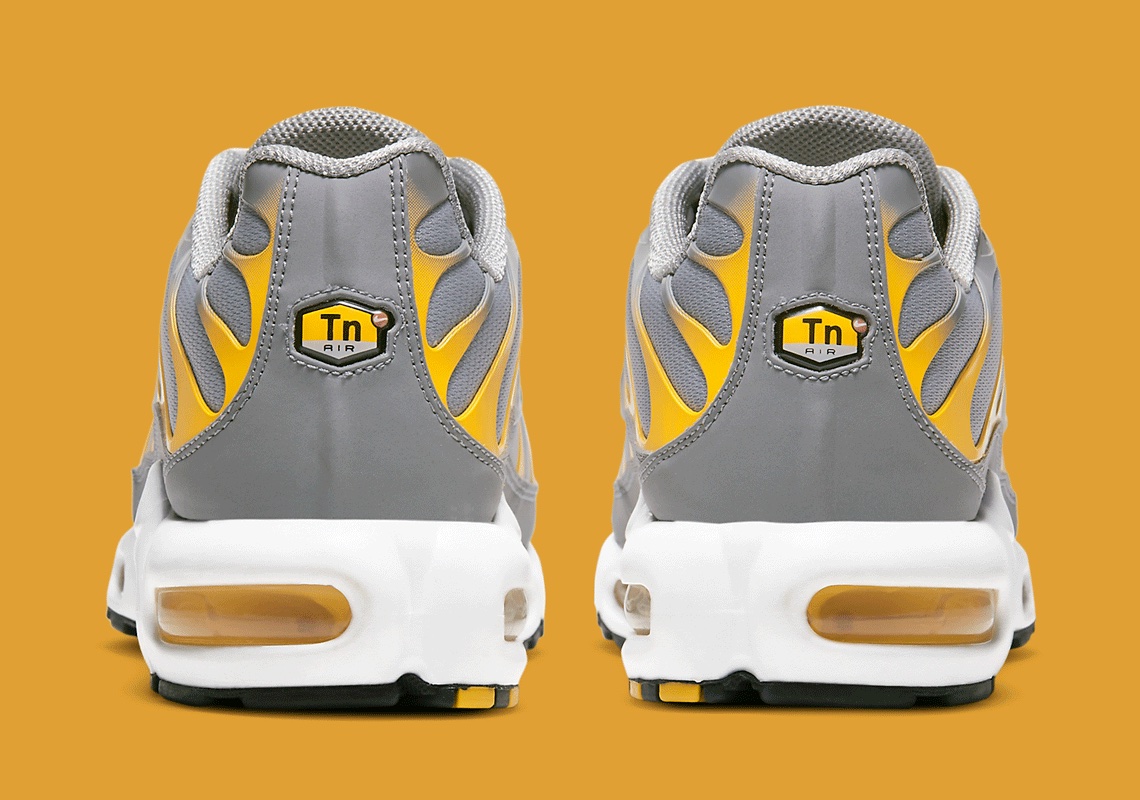 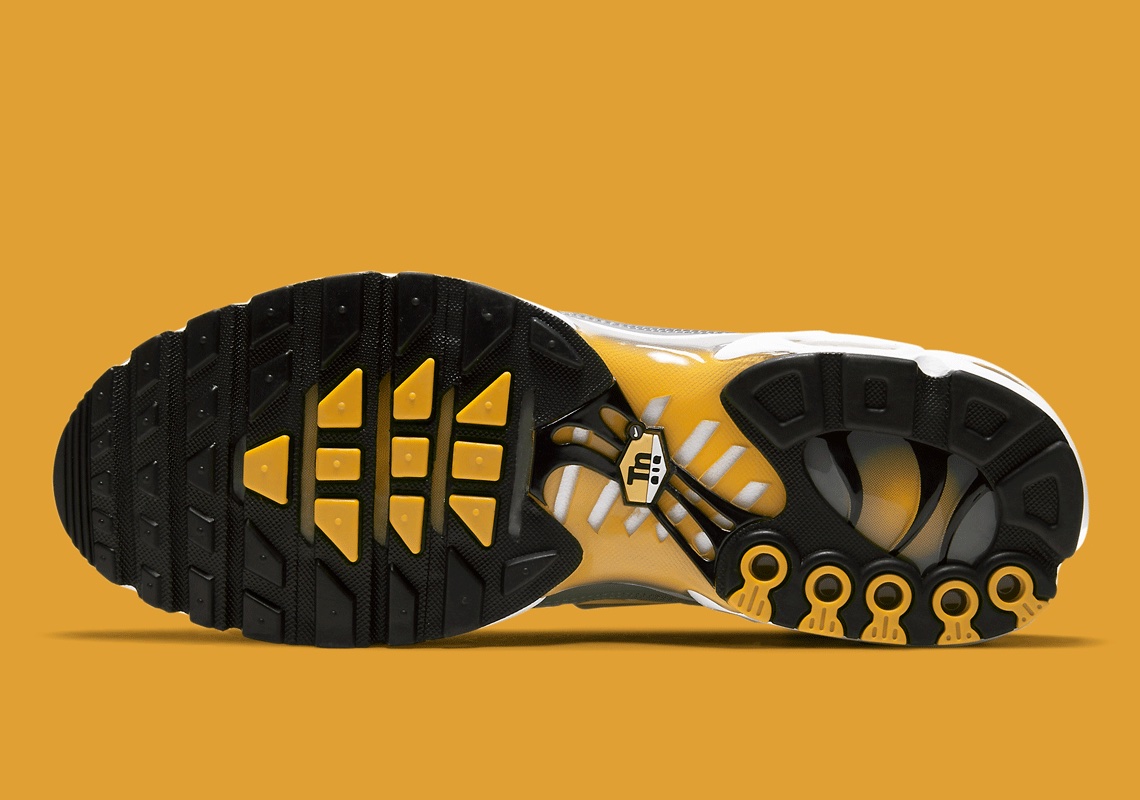 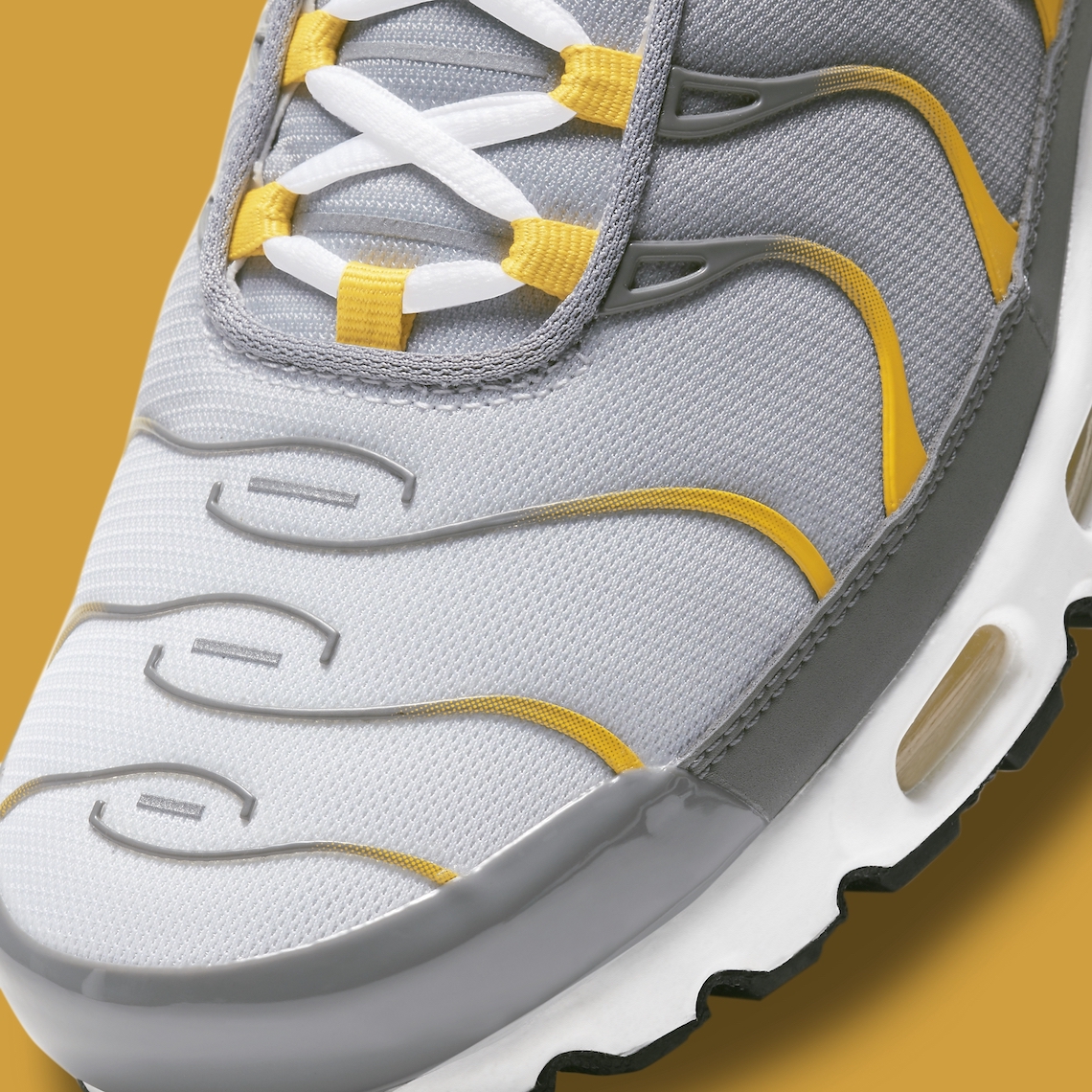 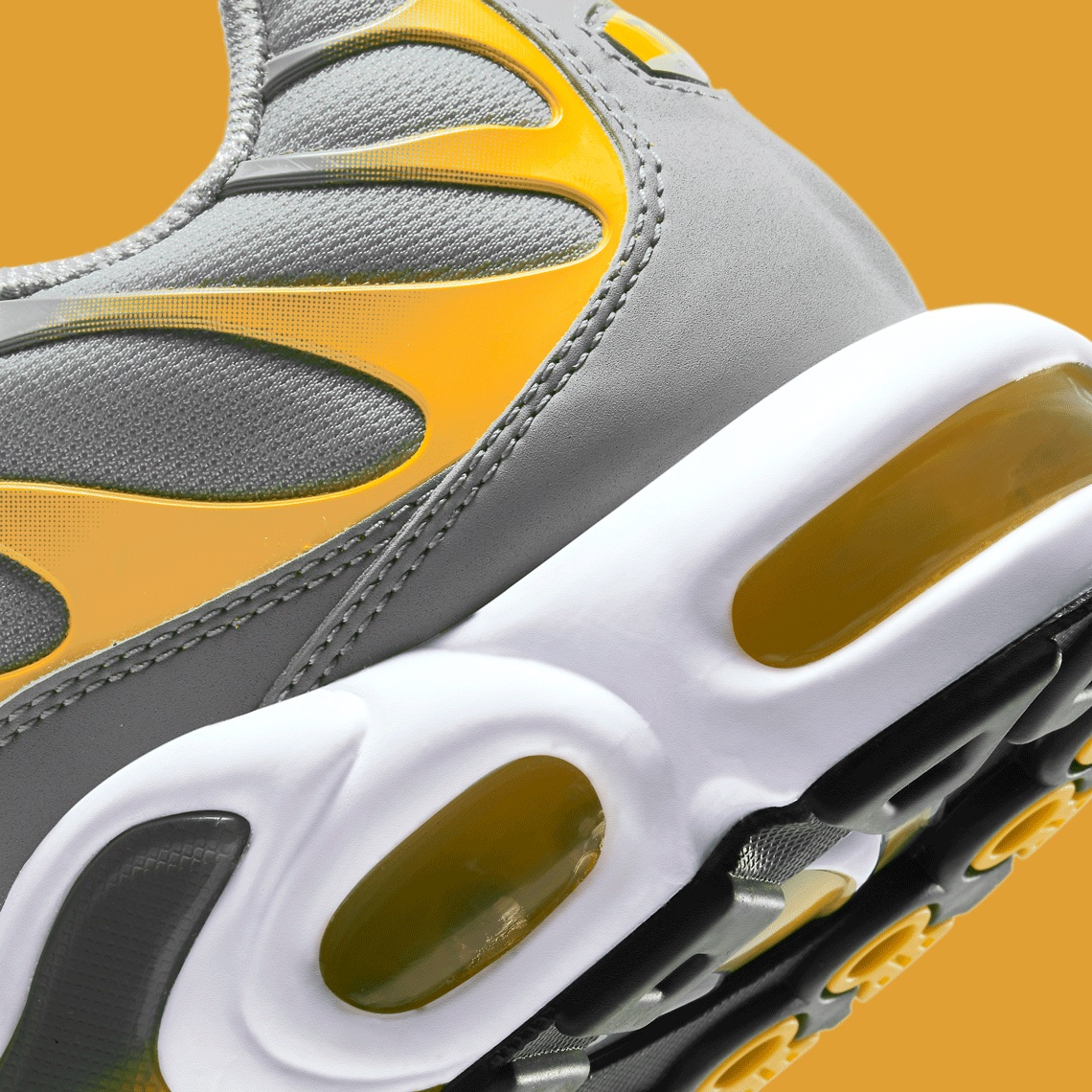