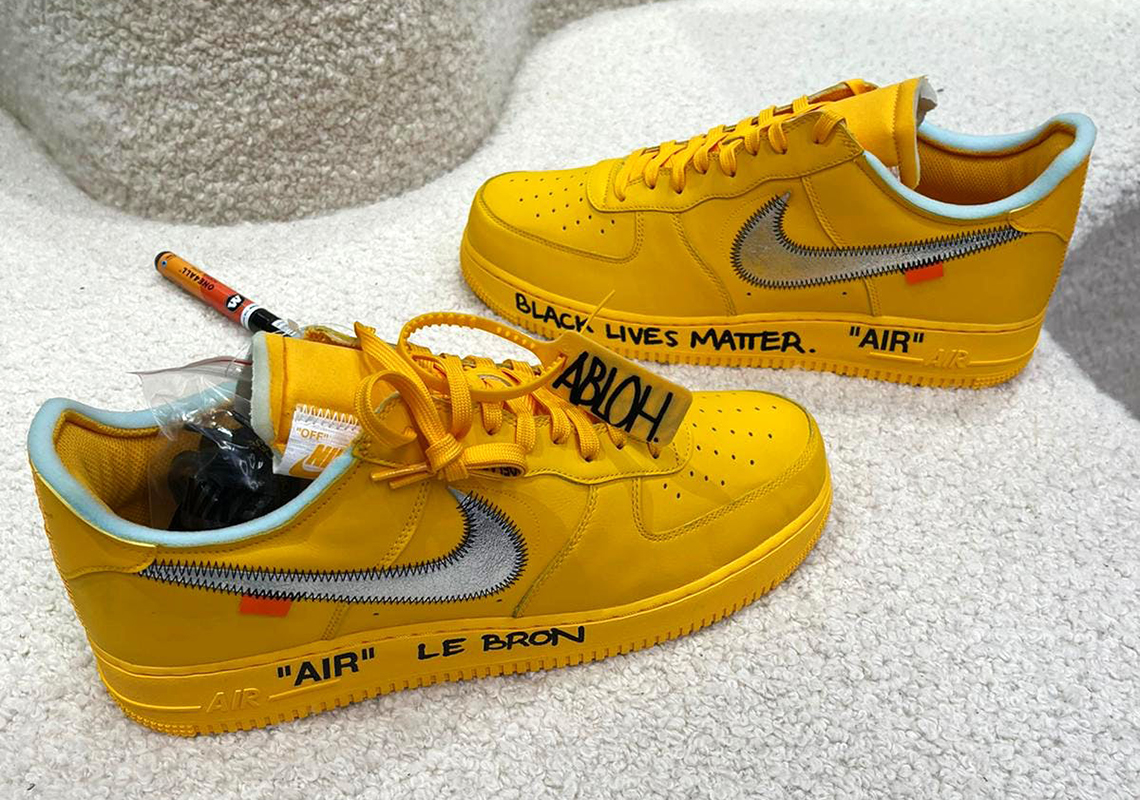 Similar to 2020, Virgil Abloh is ending All-Star Weekend with a high level performance of his own. Shared via social media as well as the designer’s “PUBLIC DOMAIN” website, a pair of special, yellow Off-White x Nike Air Force 1s were unveiled in the flesh for the very first time.

Proof of its impending release, the pair is pictured in the middle of being signed specially for LeBron James himself. Abloh, with Sharpie in hand, is seen meticulously writing atop the laces, a finishing touch meant to complement the “BLACK LIVES MATTER,” “LE BRON,” and “VIRGIL WAS HERE” markings that dress the midsole. Elsewhere, the construction is rather familiar, its features identical to the collaborative colorways before it. Swooshes are cast in metallic silver, and accented with black, contrast stitch, while bright “University Gold” tones run throughout the upper with baby blue linings and Helvetica type adjacent.

Grab a detailed look at these right here. A release — sans the hand-done embellishments — is expected to arrive later this Summer in July. 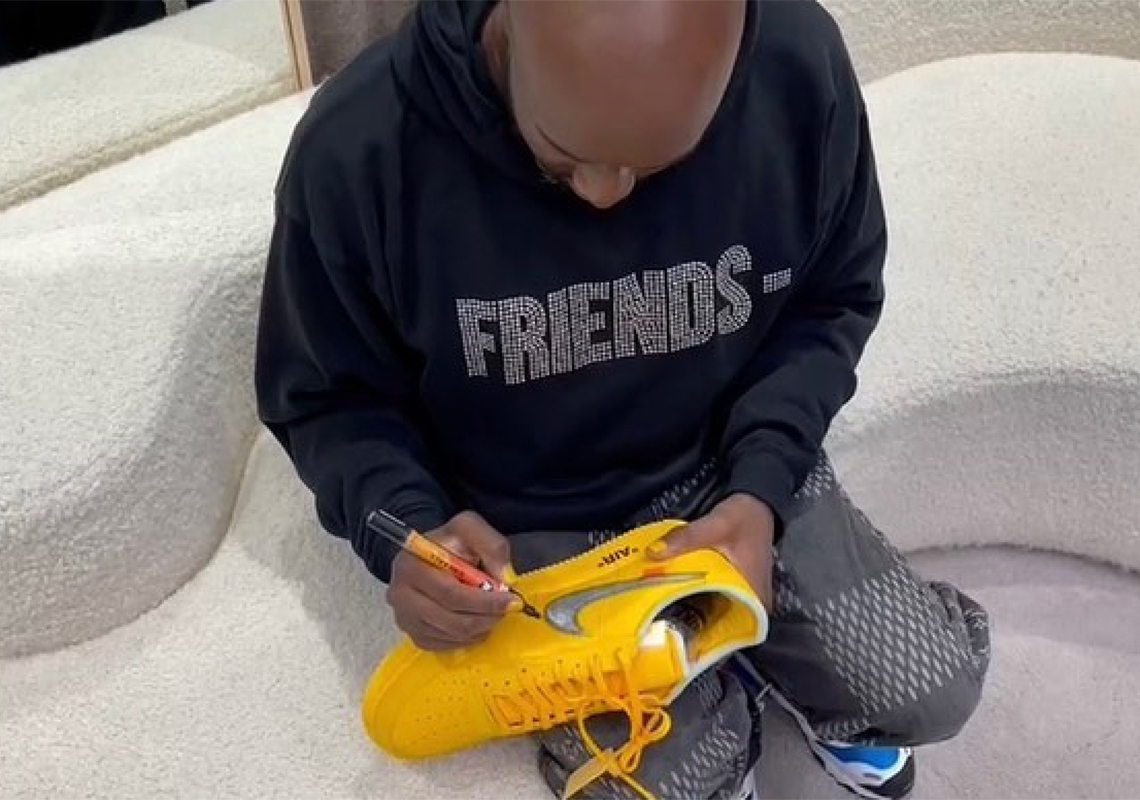 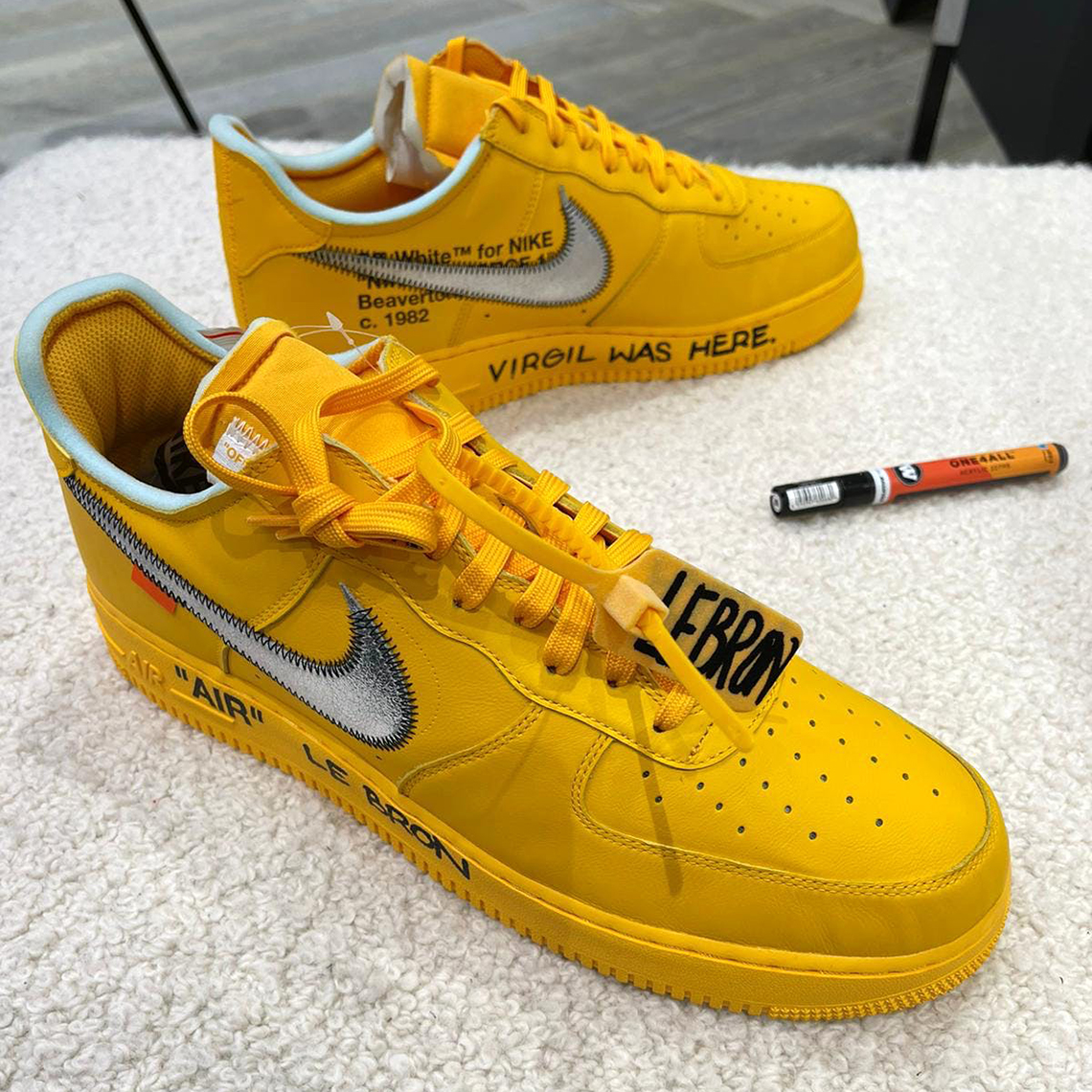 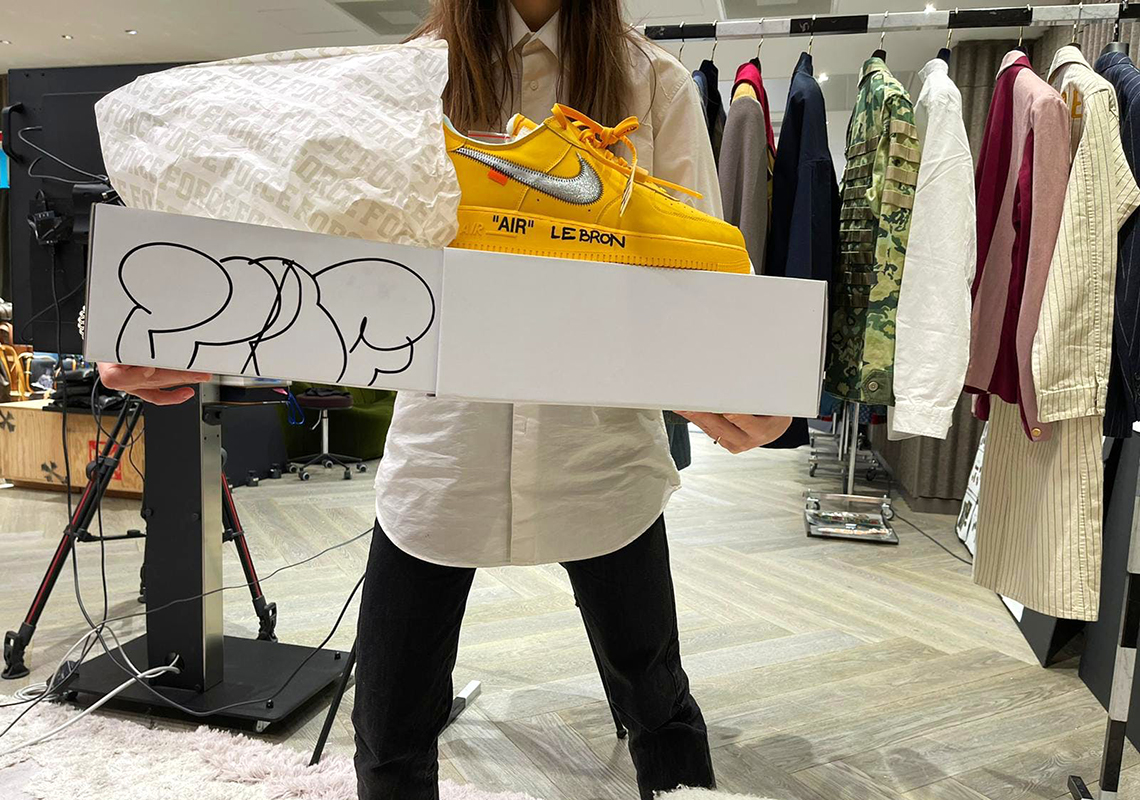