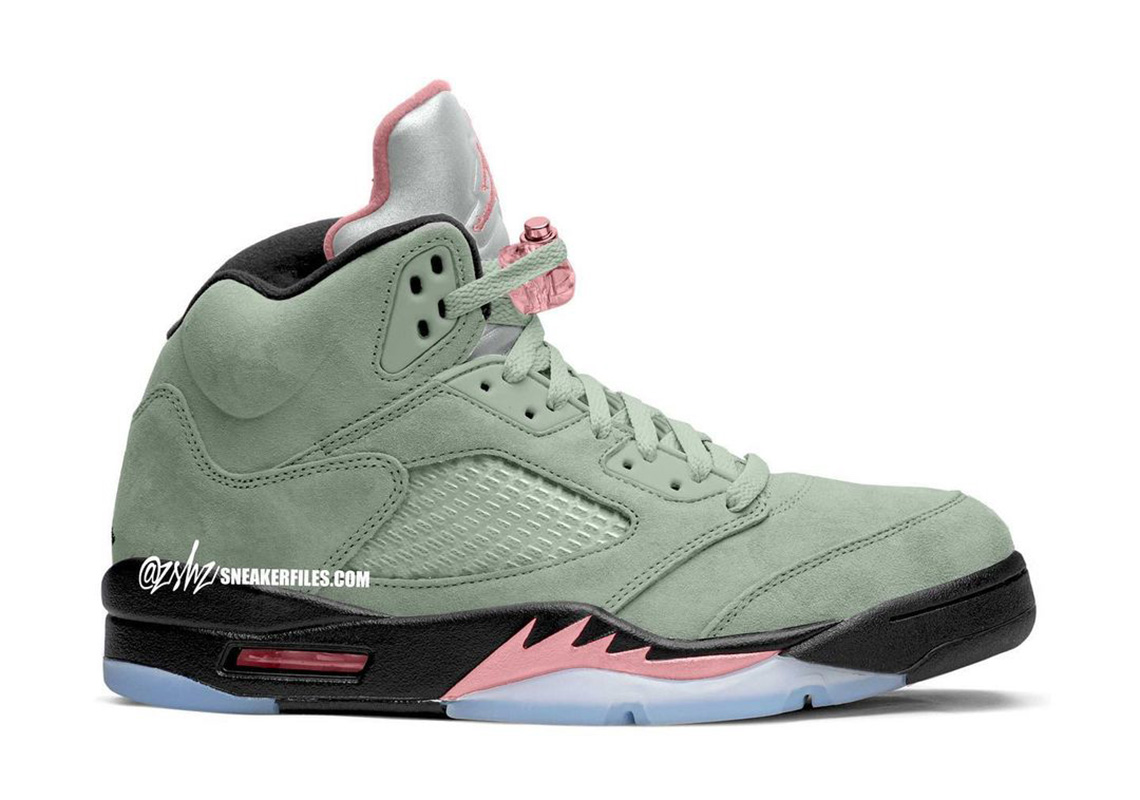 The Air Jordan 5 To Release In “Jade Horizon” This December

Jordan Brand pulls no stops during both the Spring/Summer and Fall/Winter seasons, often predating them with a lengthy, standout-replete preview. And though the next is still months away, we’re able to catch glimpses of far off releases via insider mock-ups. Here, the Air Jordan 5 is the latest to hit the stage, bearing a “Jade Horizon” colorway that is due to launch this December.

Starting from the ground up, the sole bears an aesthetic relatively similar to the “Fire Red” colorway’s own. Black paint covers much of the midsole, while the tread accents in an icy blue finish; the only main difference is at the Air Unit and cosmetic molds, both now opting for pink instead of the aforementioned red. Above, this connection to the OG classic is completely lost. The upper, which dresses near entirely in suede, displays the titular green shade throughout its paneling, netting, and its laces. The tongue, however, contrasts in its use of metallic silver and its pink lace lock and Jumpman embroidery.

For a look at what to expect, see the mock-up above. The “Jade Horizon’ is expected to release later this Holiday season on December 4th.

In other news, official images of the Air Jordan 6 Electric Green have appeared.