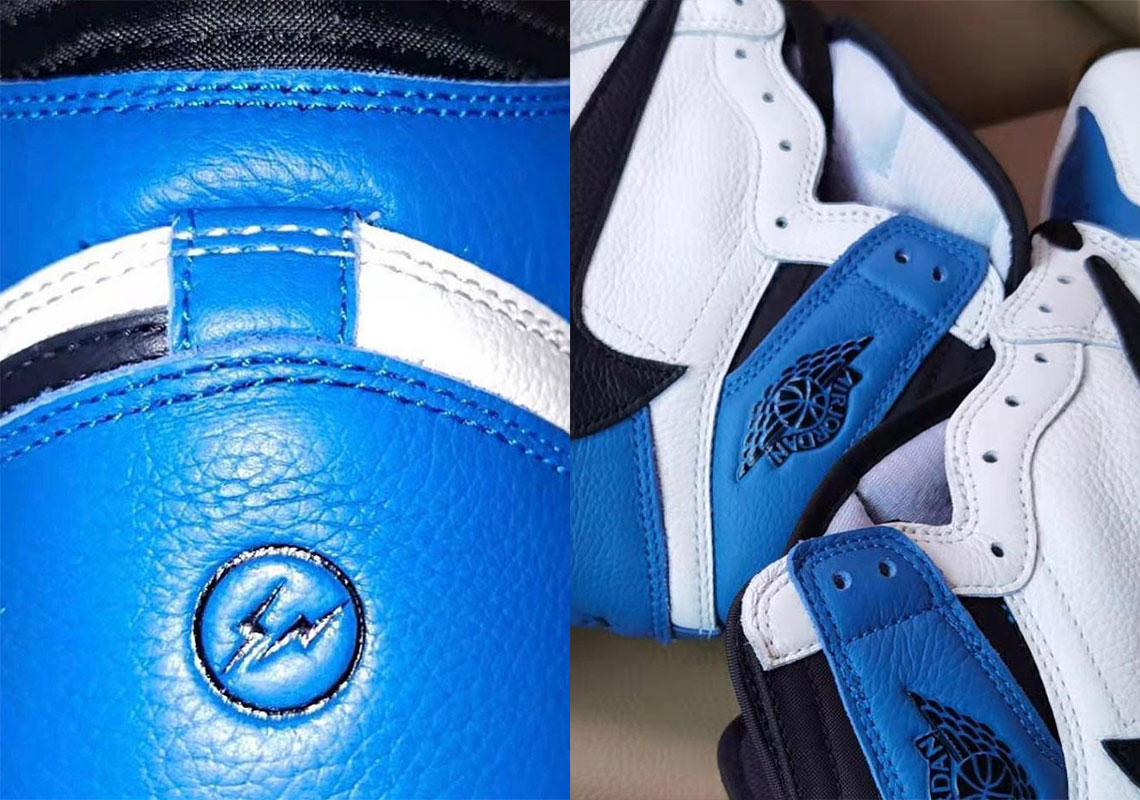 Travis Scott has teased a number of yet-to-release collaborations in the past few months. Among them, one Air Jordan 1 stands out far above the rest, its design featuring not only the artist’s backwards Swoosh but also the ever-iconic Fragment lightning bolt.

Teased in-hand for the first time since its on-foot unveil, the pair both color blocks and brands in notable ways. Aside from the signature logo flip, the heel alternates between Cactus Jack and Fragment insignia, a touch that was surely at Hiroshi Fujiwara’s behest. Elsewhere, the colorway retains a loose connection to heritage palettes, choosing shades of black, white, and Royal Blue. The latter dons the ankle flaps, counter, and toe, contrasting the dark neutrals that dye the tongue labels, check, and collar. Elsewhere, the lighter white shades fill in the blank, found in nylon as well as tumbled leather materials.

For a zoomed-in look at the upcoming collab, see the images below. As of writing this, a release date is unknown, but it’s likely they’ll launch before the end of the year.

In other news, official images of the Air Jordan 7 PSG have appeared.

UPDATE (03/12/2021):
More images of the shoes have been added below, courtesy of @spicychickenwings.

UPDATE (03/11/2021):
A better look at the Travis Scott x Fragment x Air Jordan 1 has been revealed courtesy of @zsneakerheadz.

Based on a loaded product page, there's speculation that a raffle/draw will be available on Travis Scott's online shop. 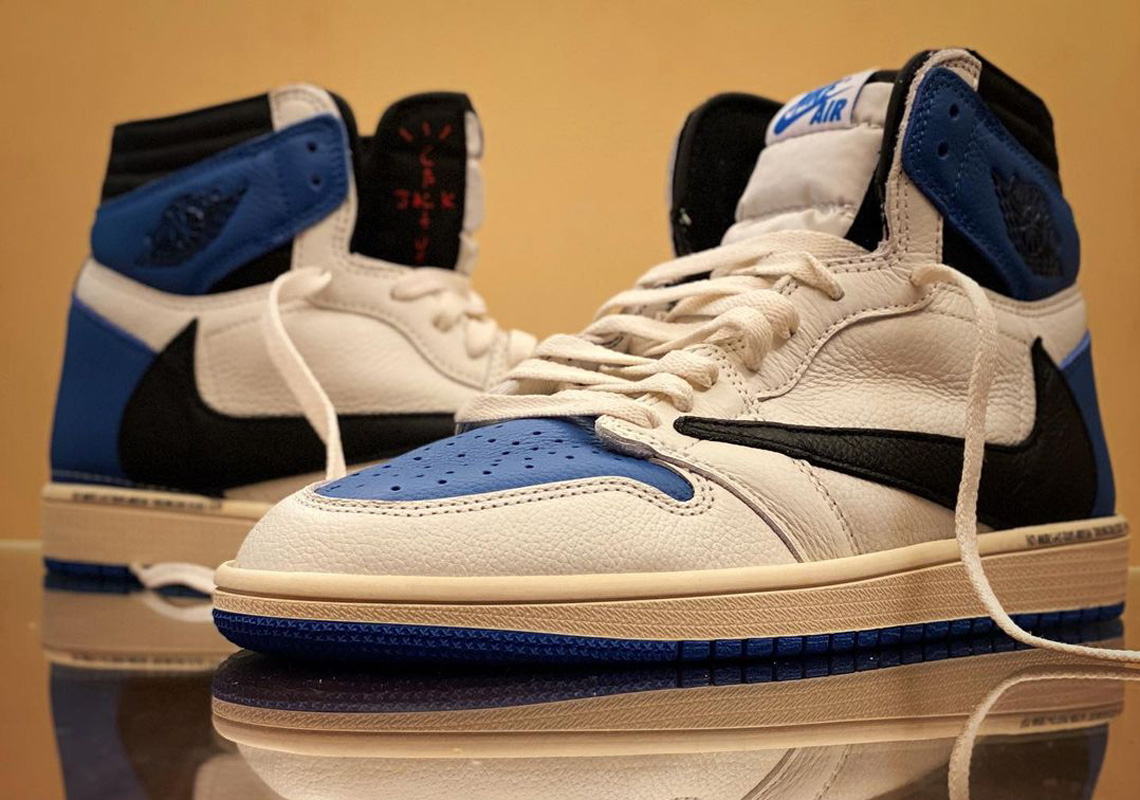 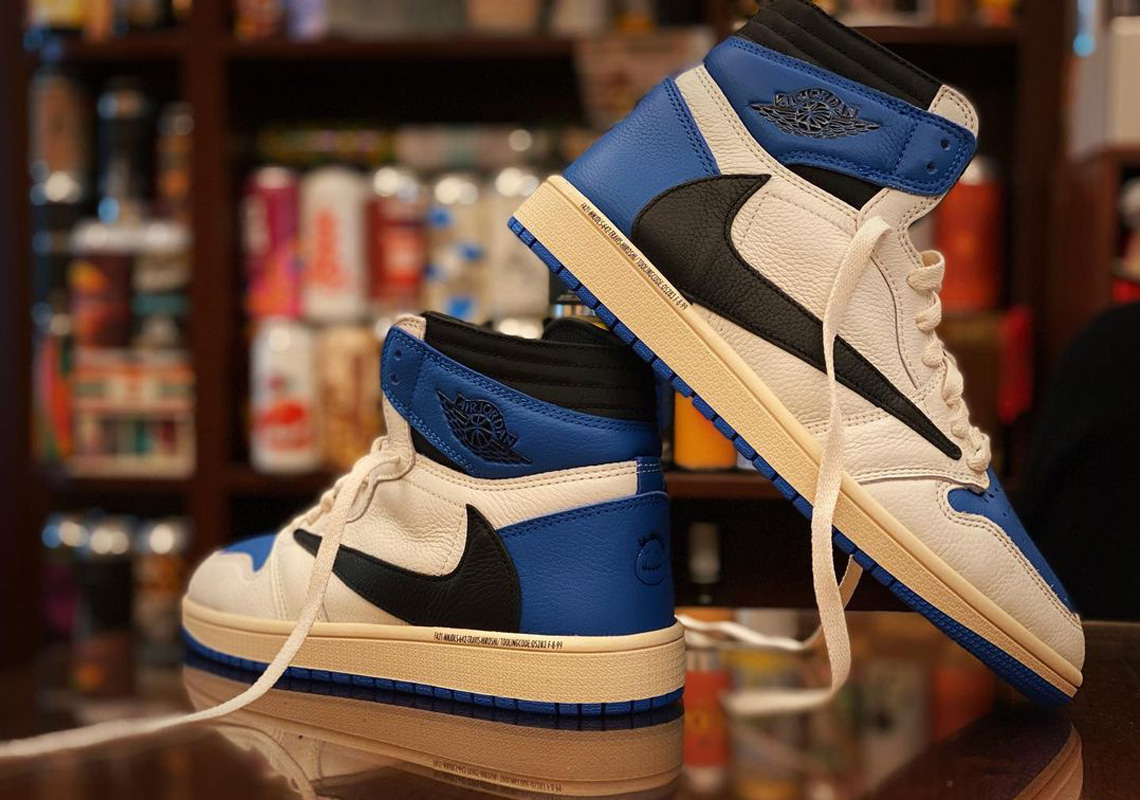 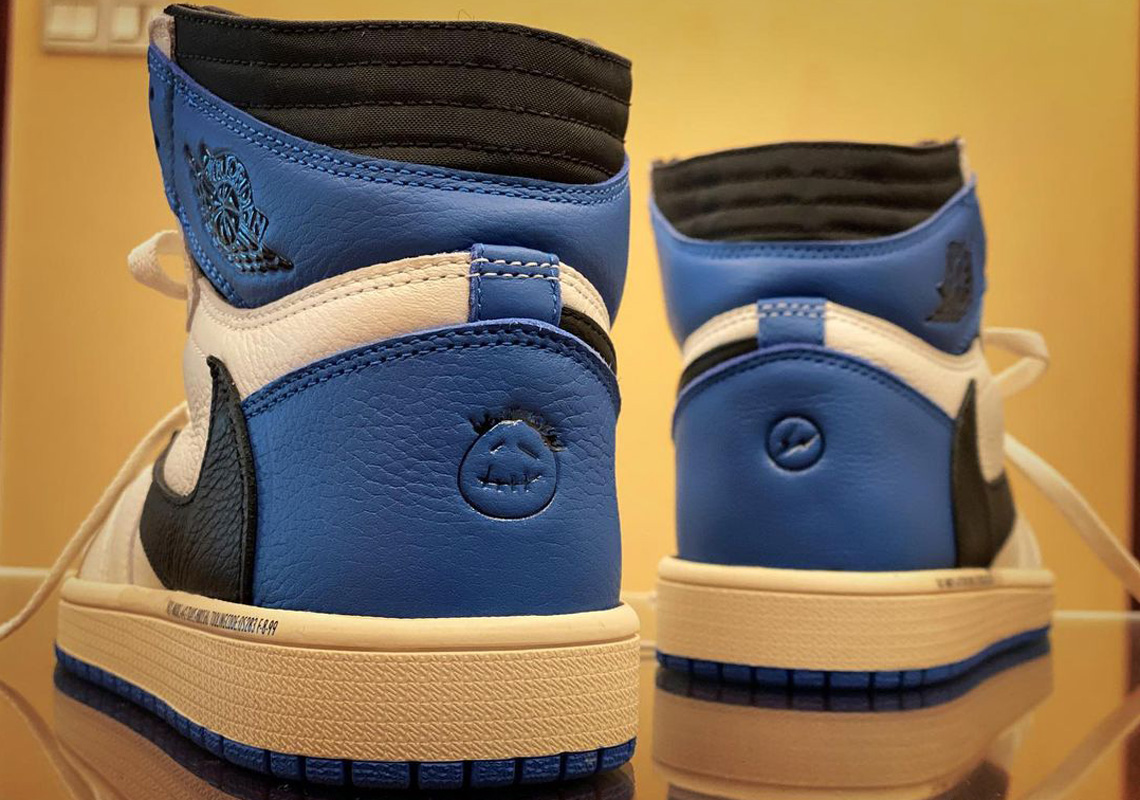 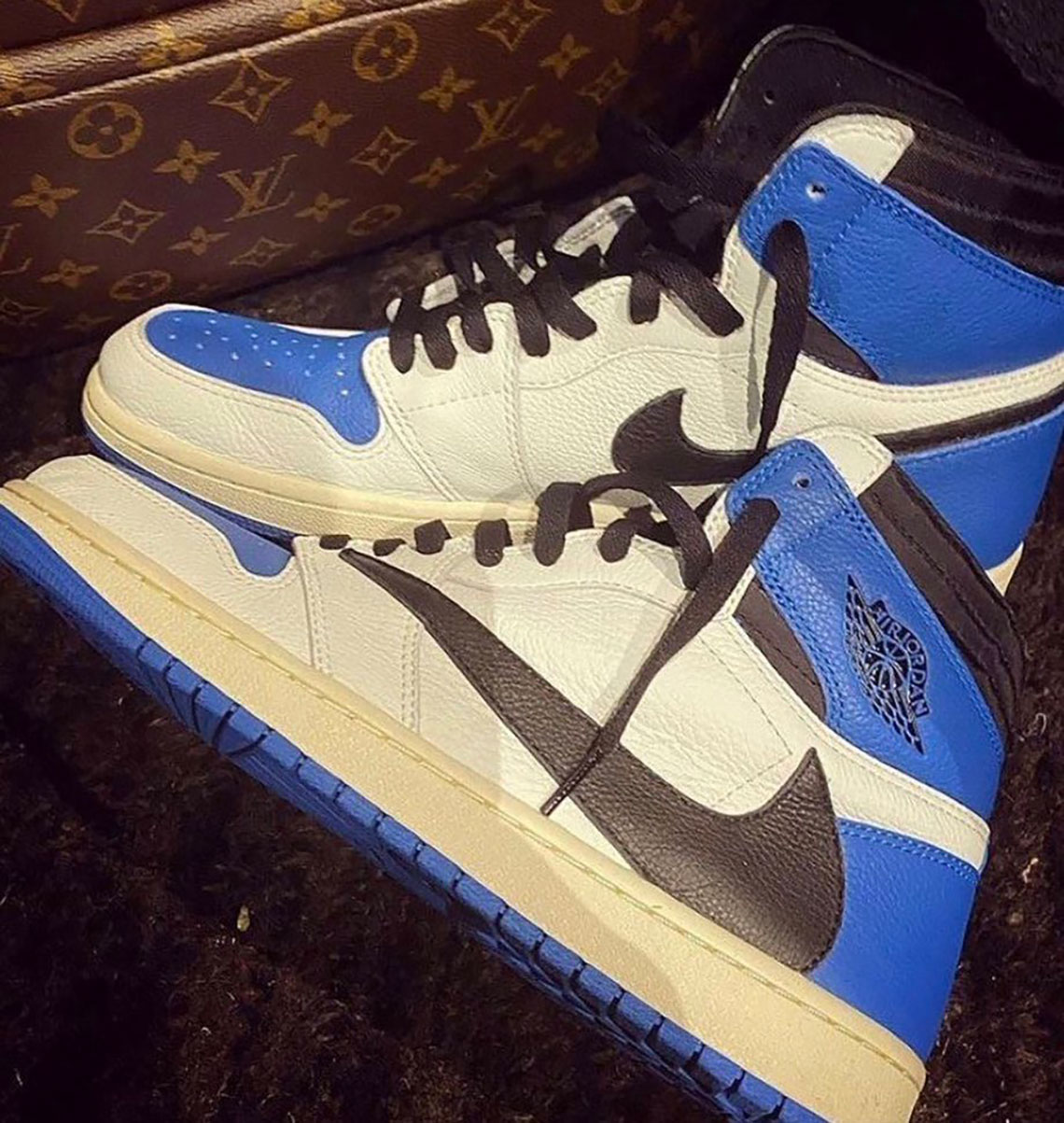 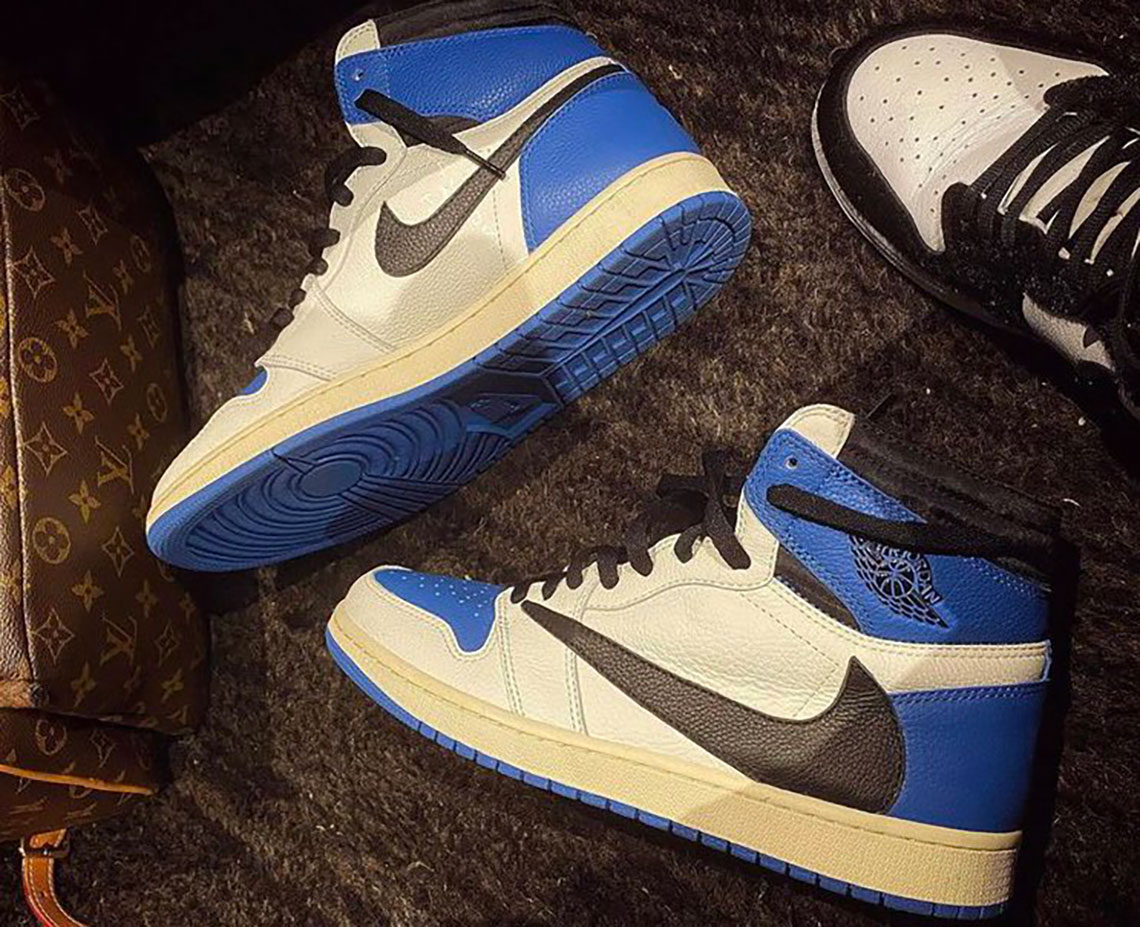 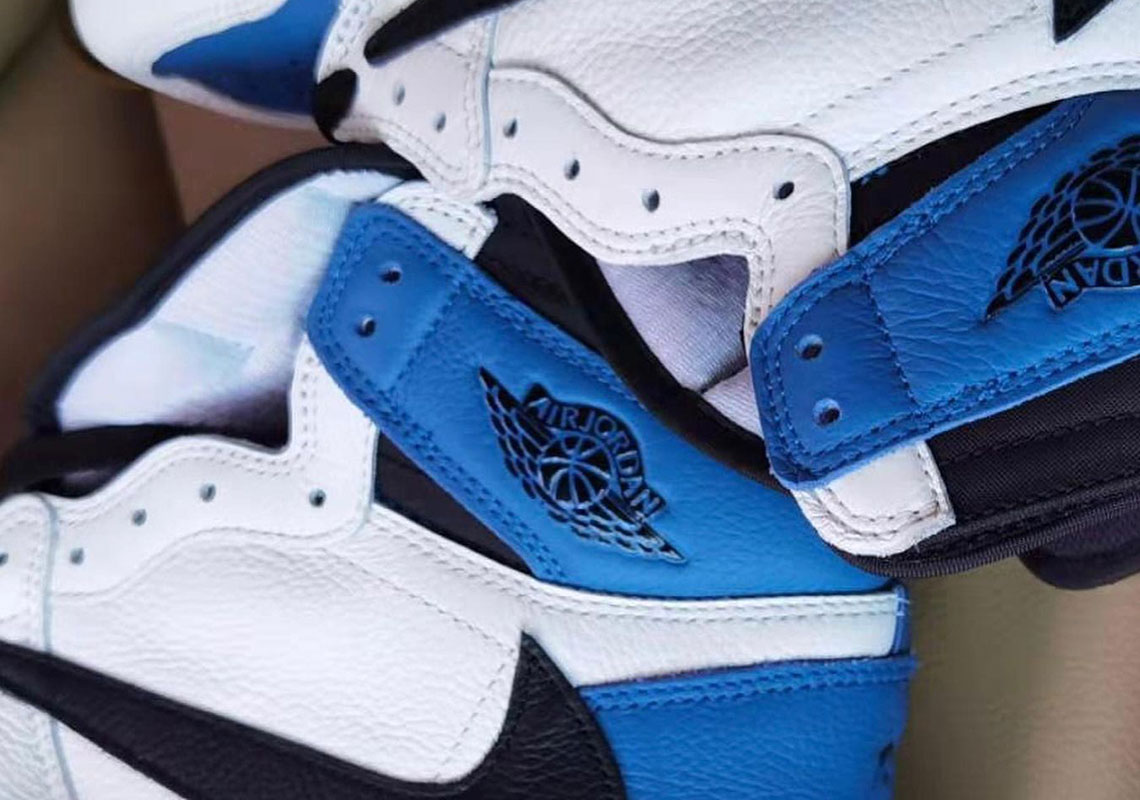 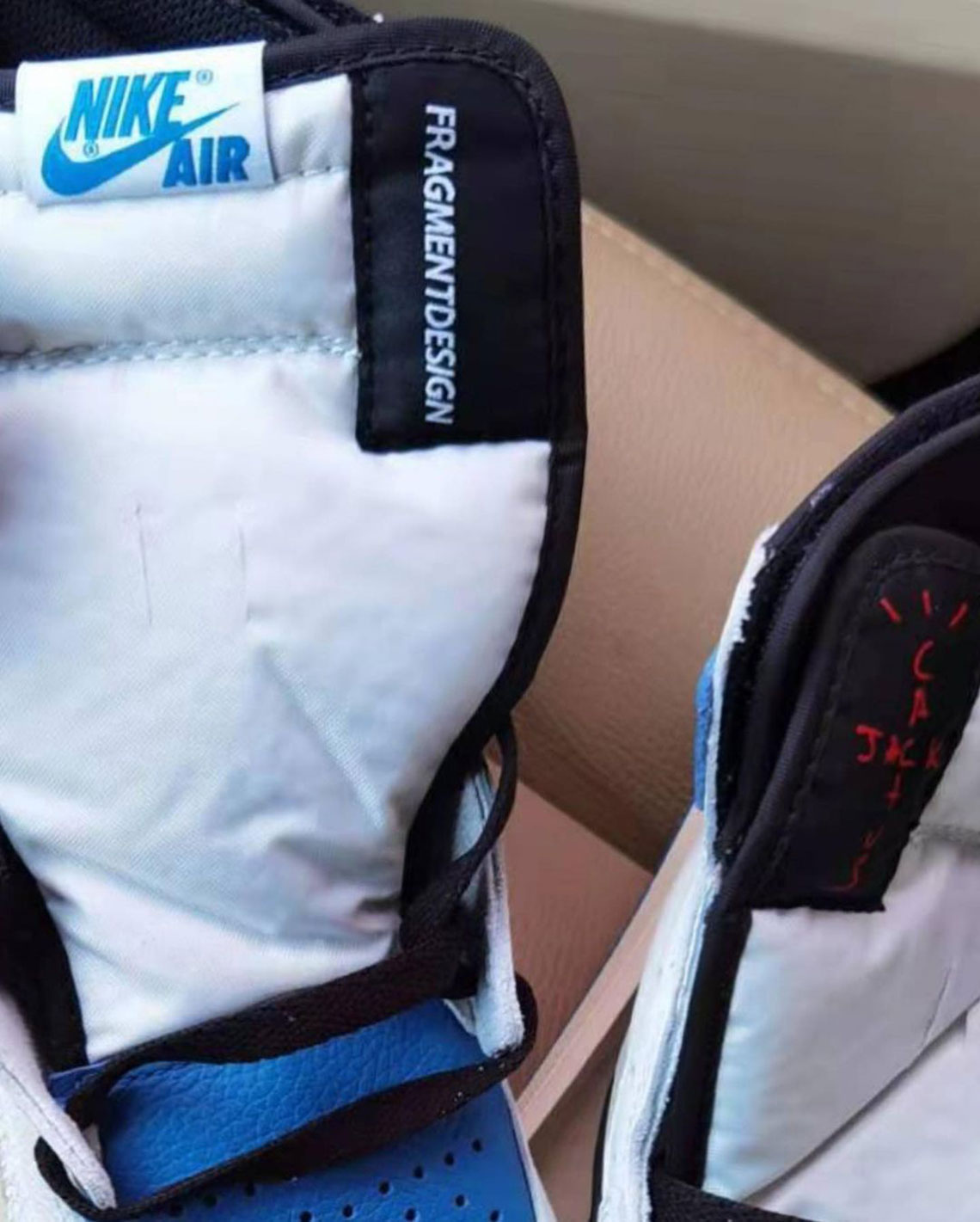 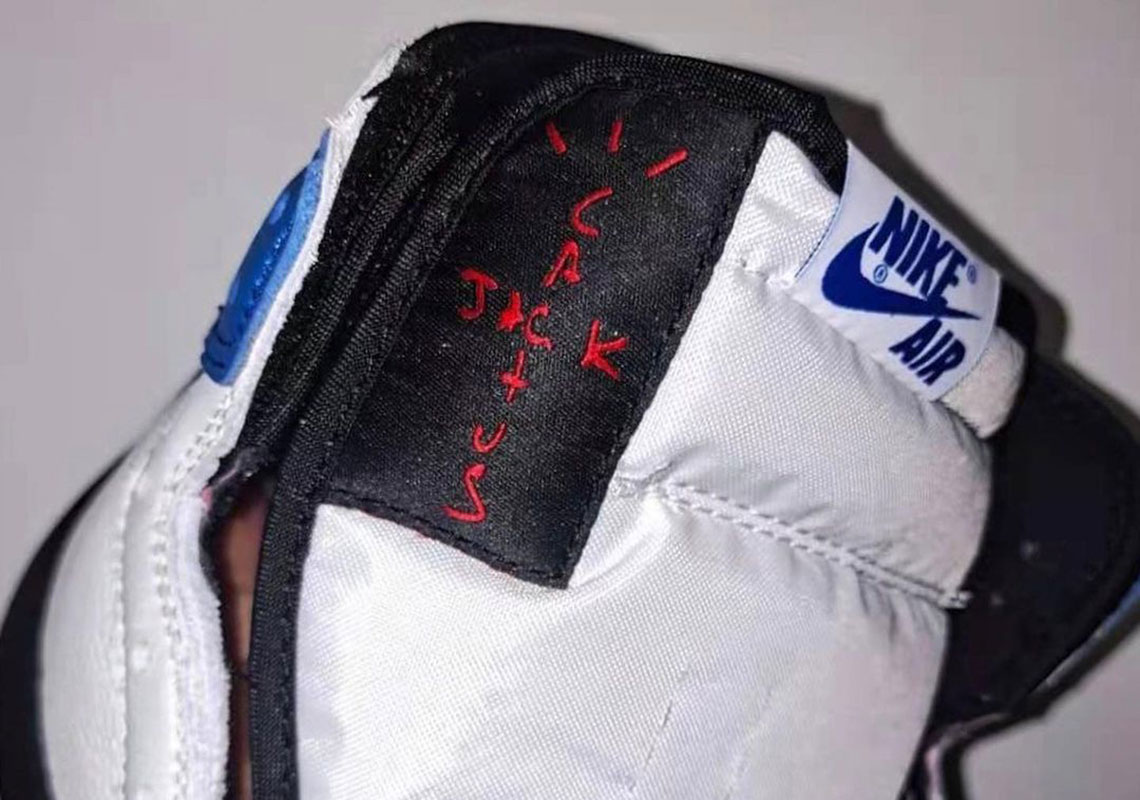 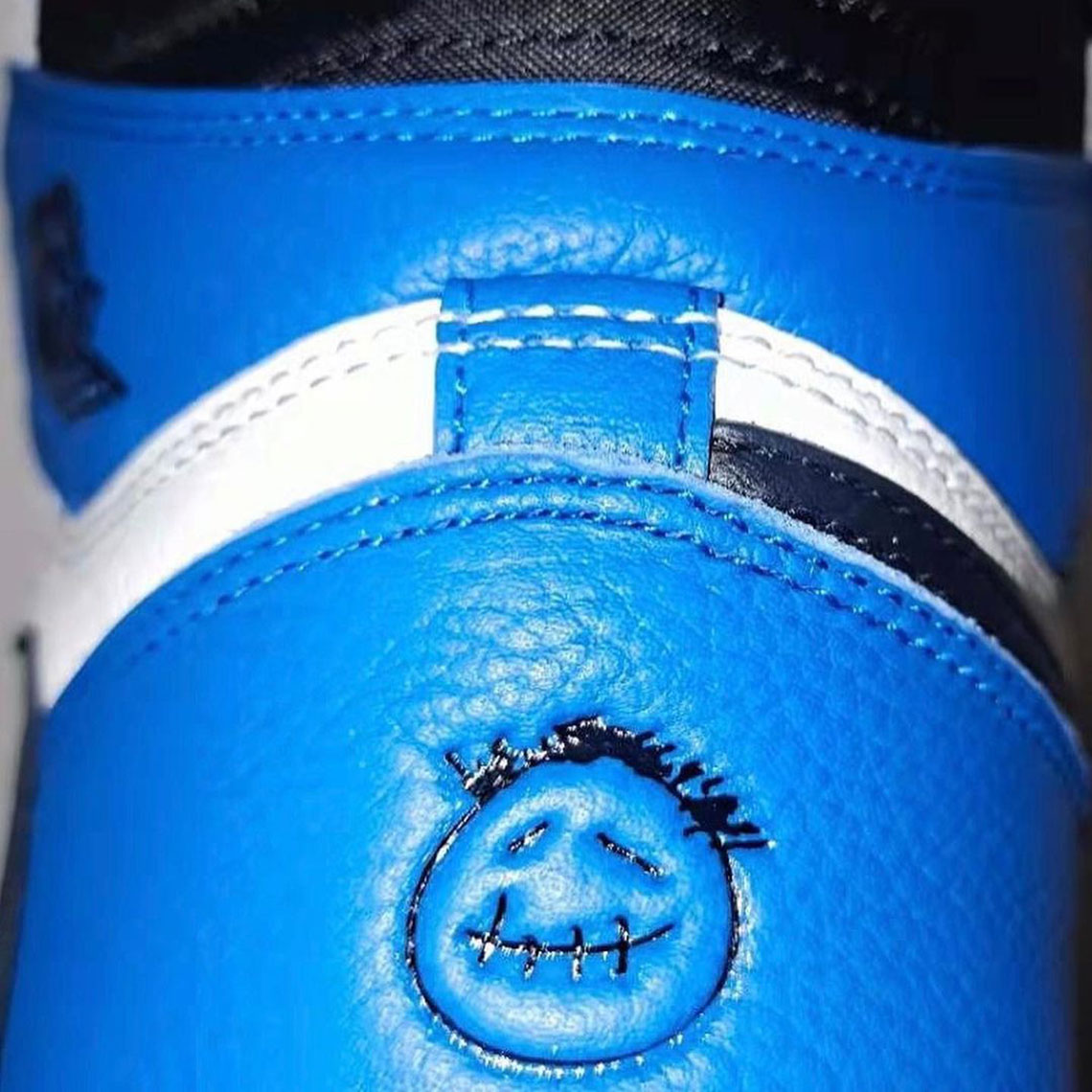 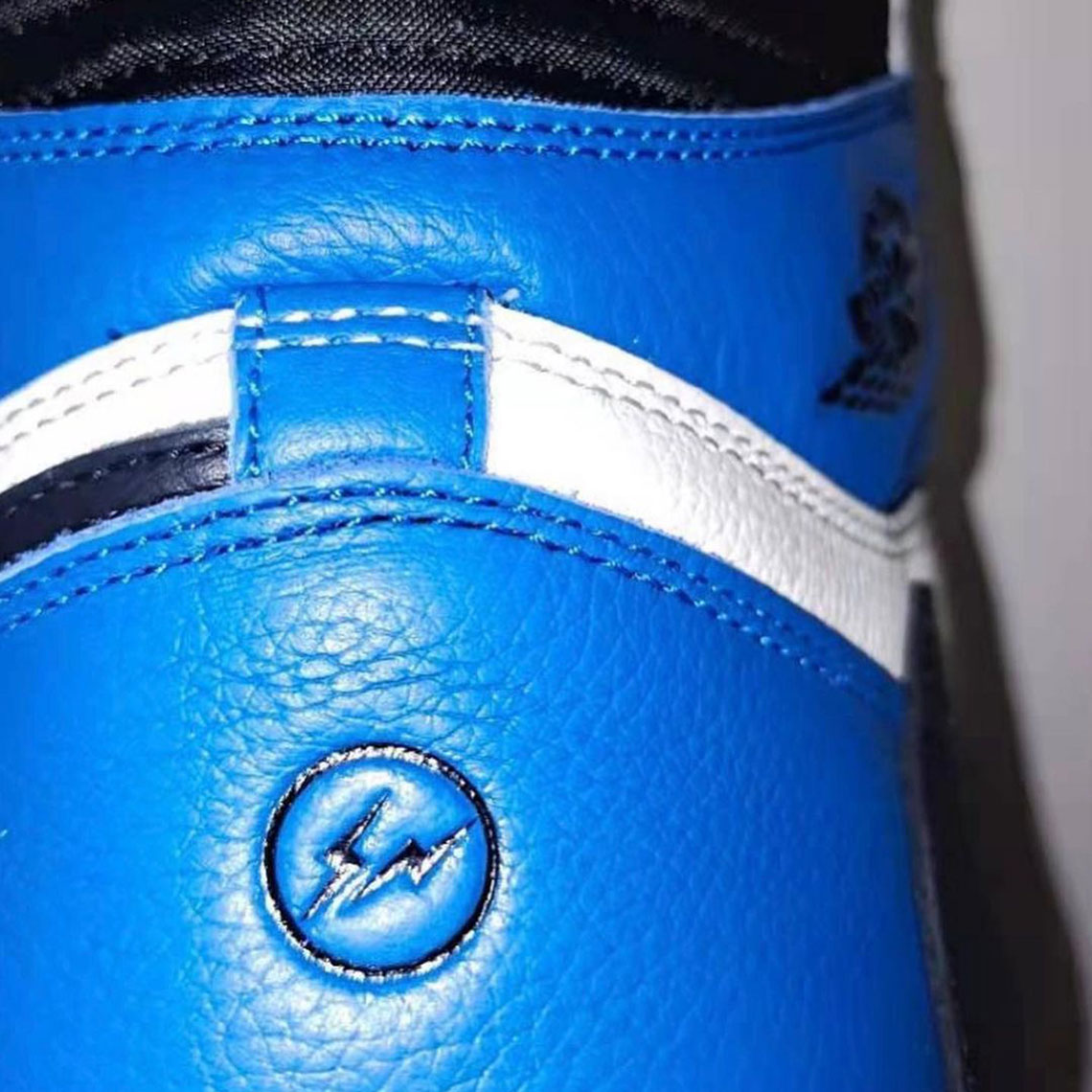