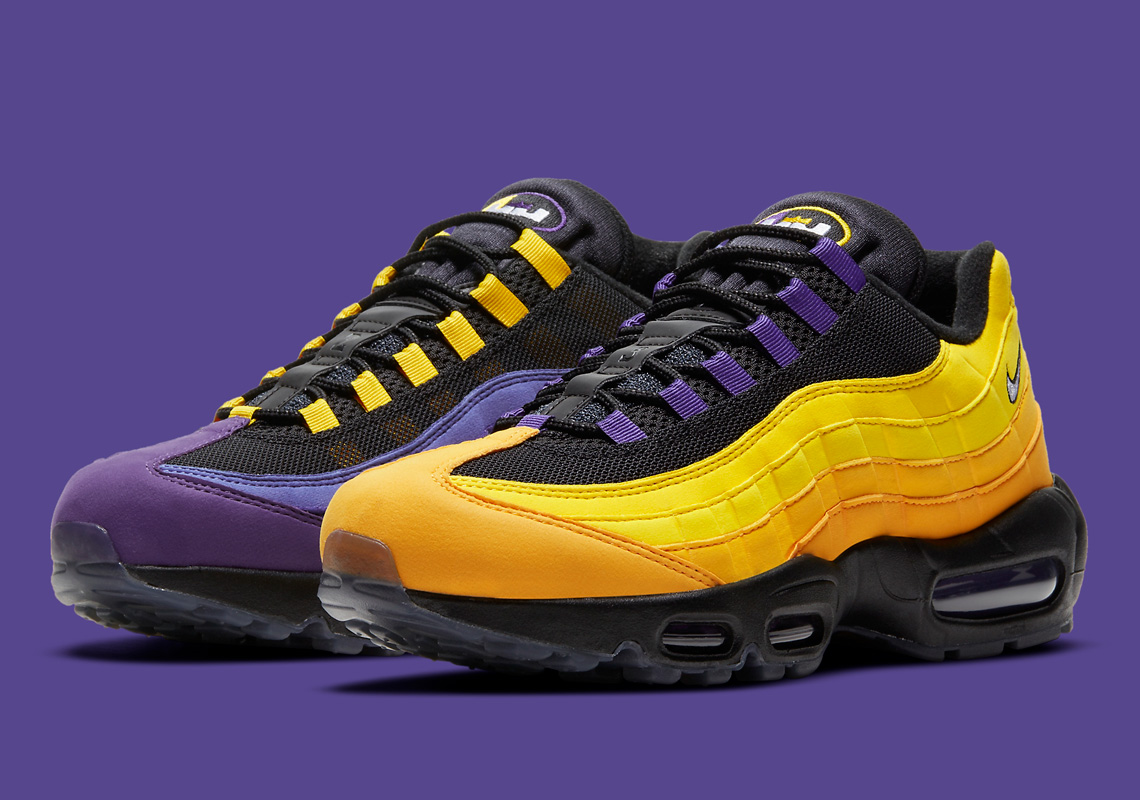 The NBA achievement-listing Nike Air Max 95 dedicated to LeBron James‘ career has recently surfaced via official images, ahead of its anticipated release on March 30th.

While reportedly different from the month’s #LeBronWatch pair, the forthcoming proposition features a special arrangement that might have once been exclusively ideated for the current Los Angeles Laker. “Amarillo” and “Court Purple” tones animate Sergio Lozano’s 26-year-old design, with each hue taking over left and right shoes, respectively. James’ jersey number is also split up across the outsoles, which feature an Air Jordan 10-reminiscent list of the 36-year-old’s accolades – including “ROOKIE OF THE YEAR” and “4X FINALS MVP”. Air Max cushioning above delivers a cushioning solution that the Ohio-native has publicly shown his affinity for, while simultaneously adding yet another compelling tally to footwear in the storied purple and gold combination.

Enjoy official images of the Air Max 95 “LeBron” here below, and find pairs arriving to Nike.com on April 6th.

Elsewhere under the NIKE, Inc. umbrella, detailed pictures of a PSG Jordan 7 have recently emerged. 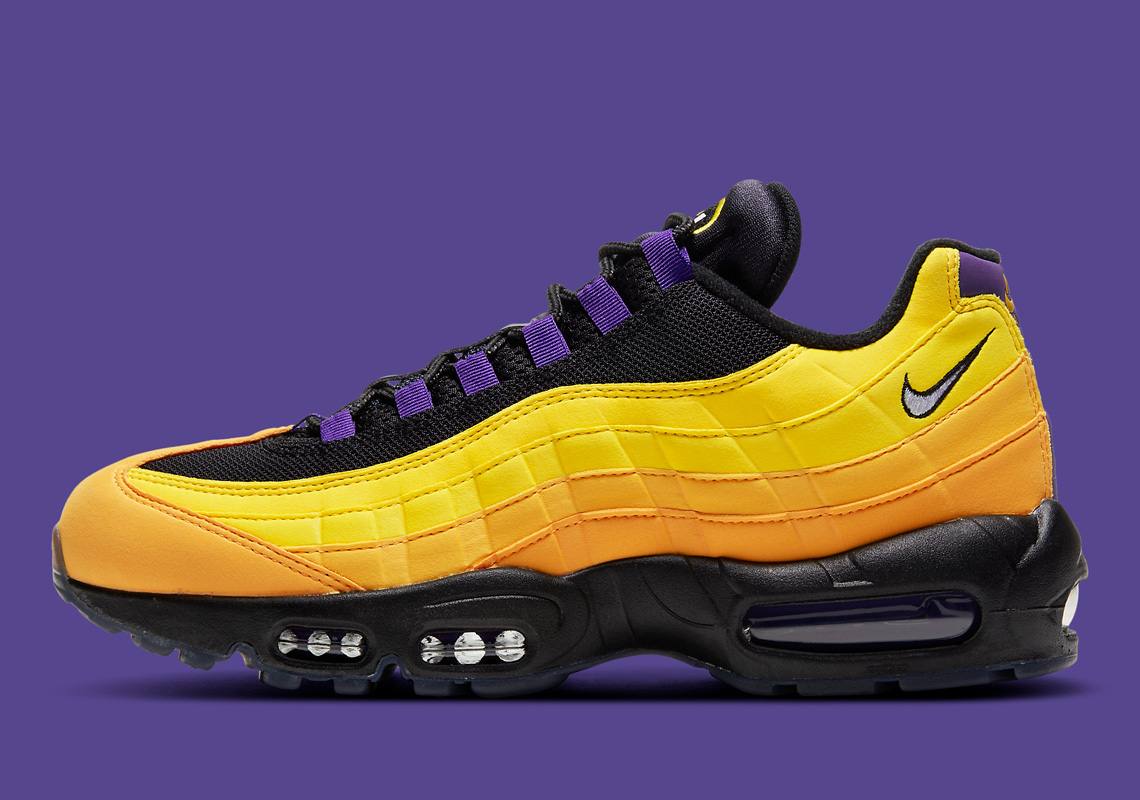 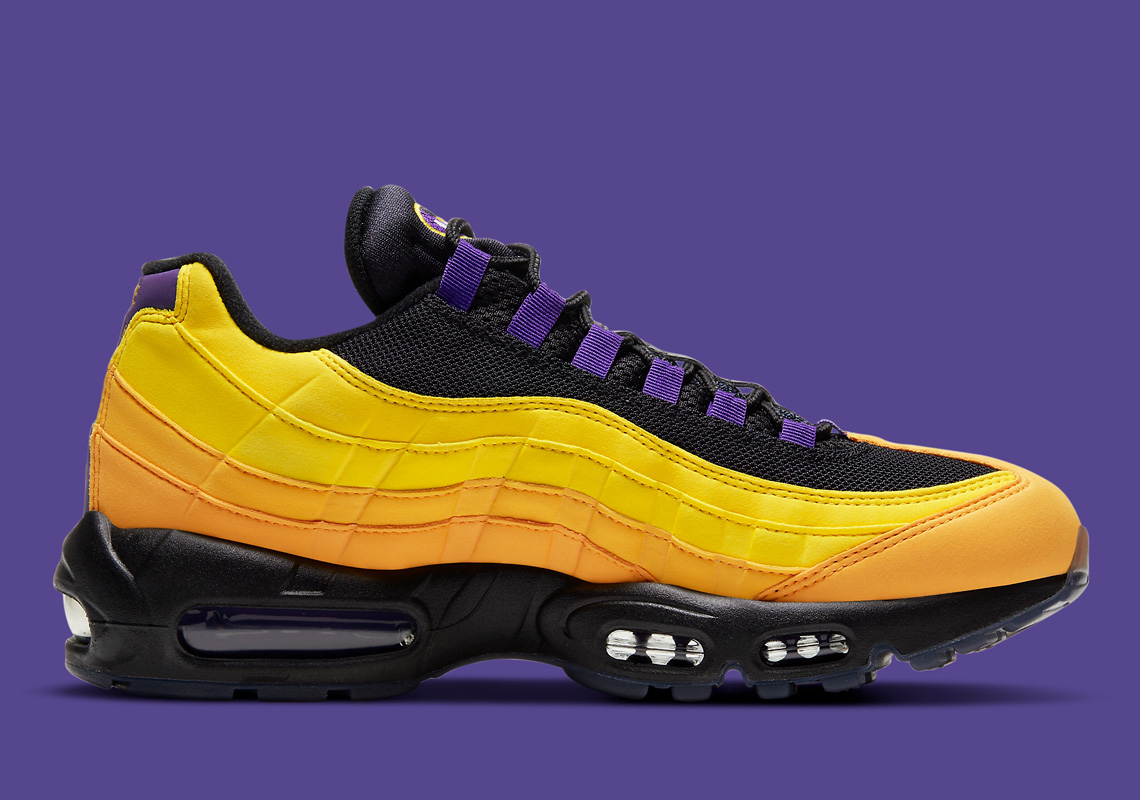 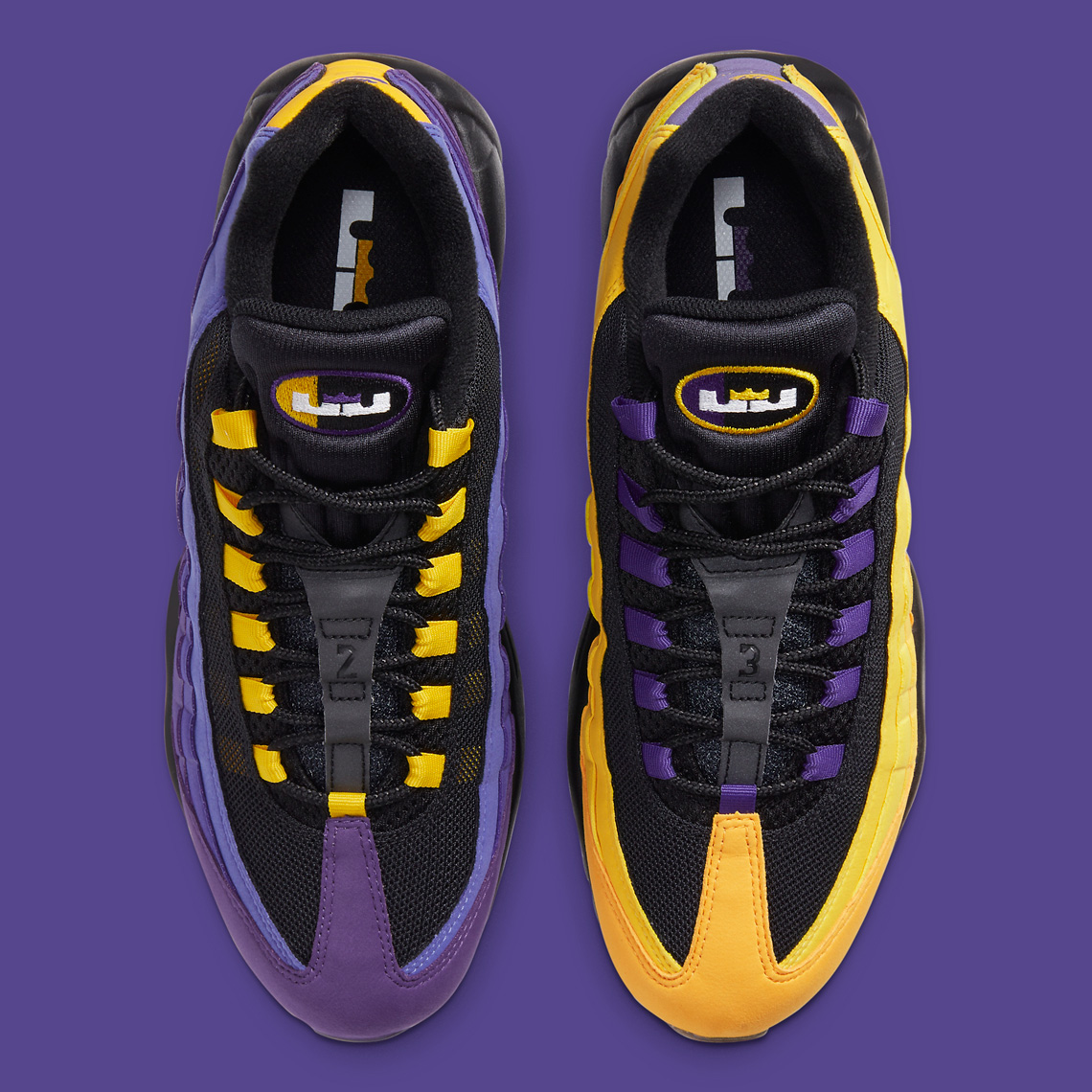 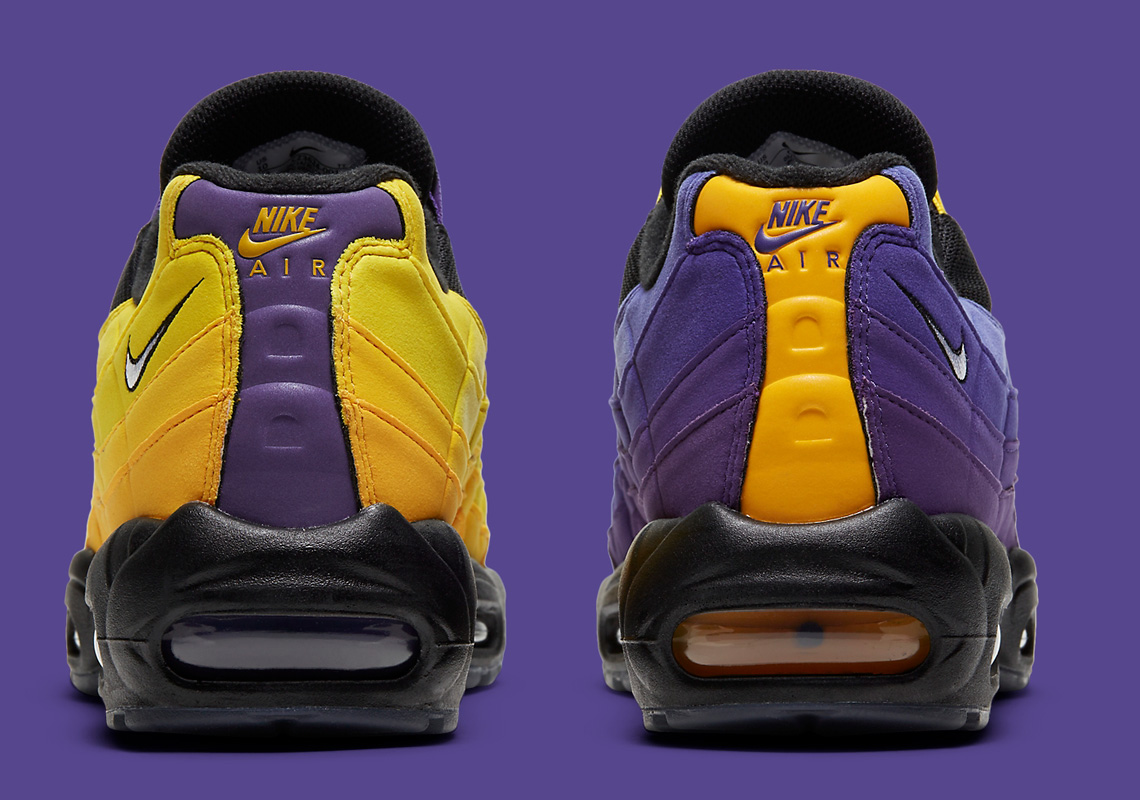 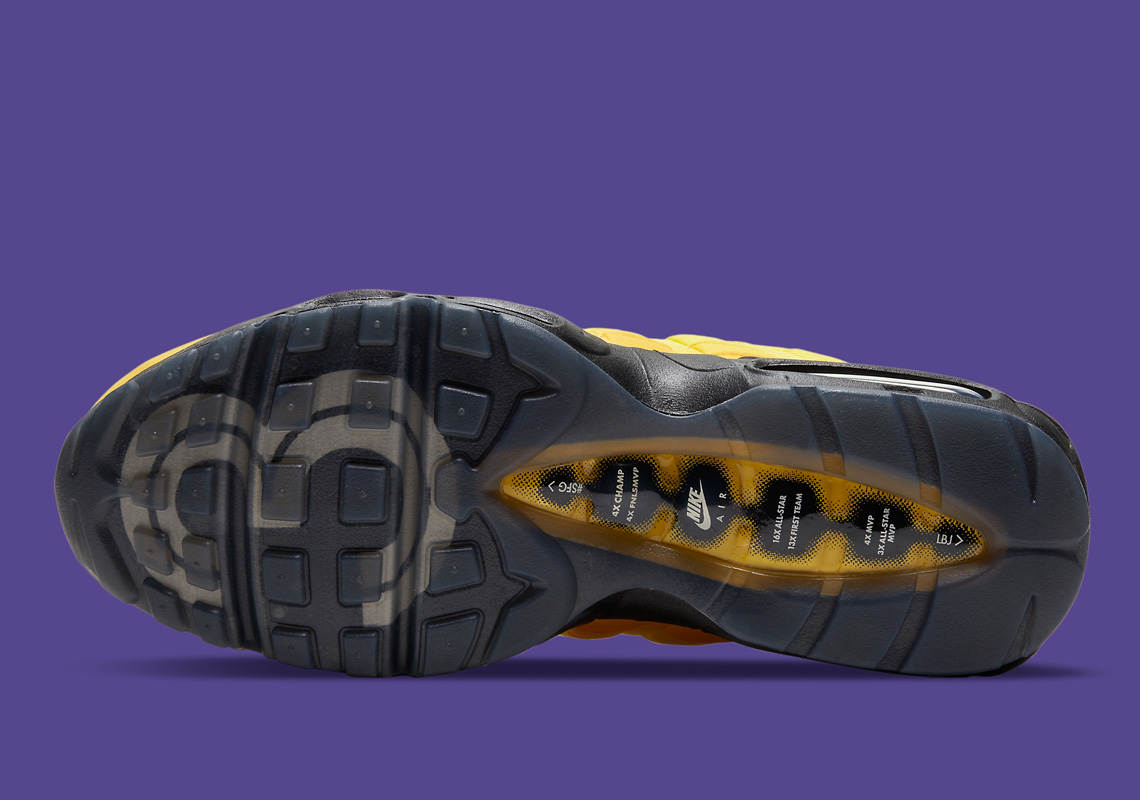 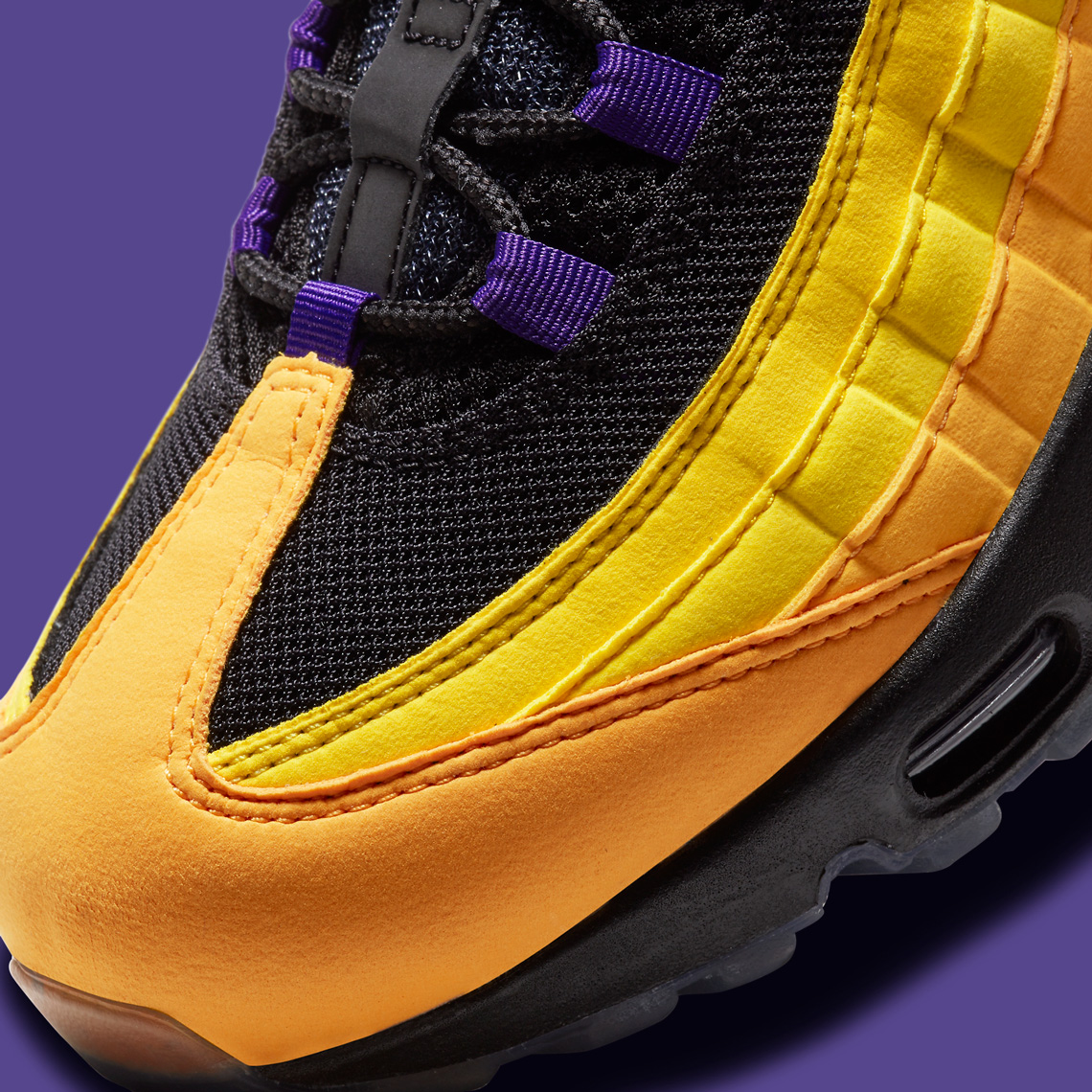 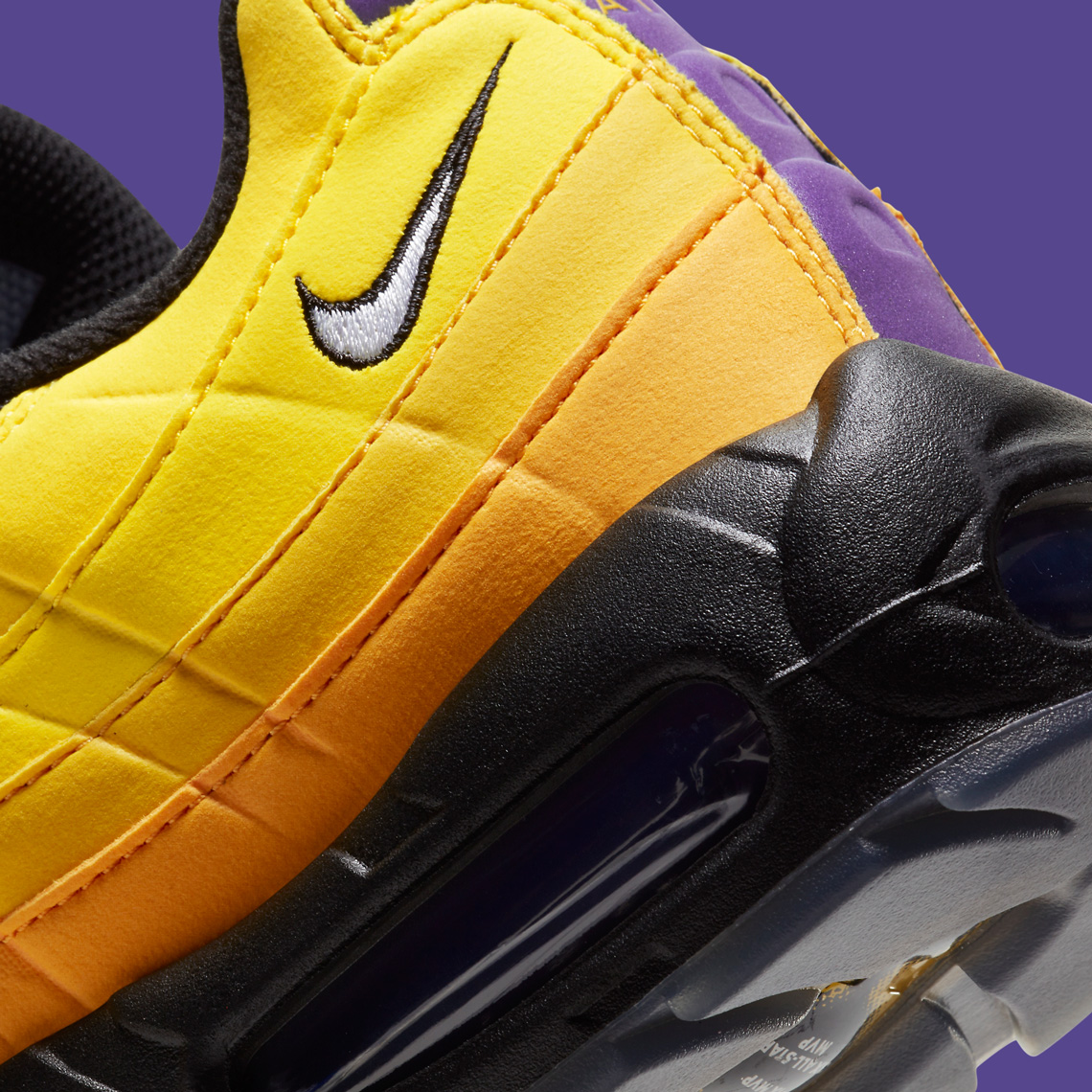 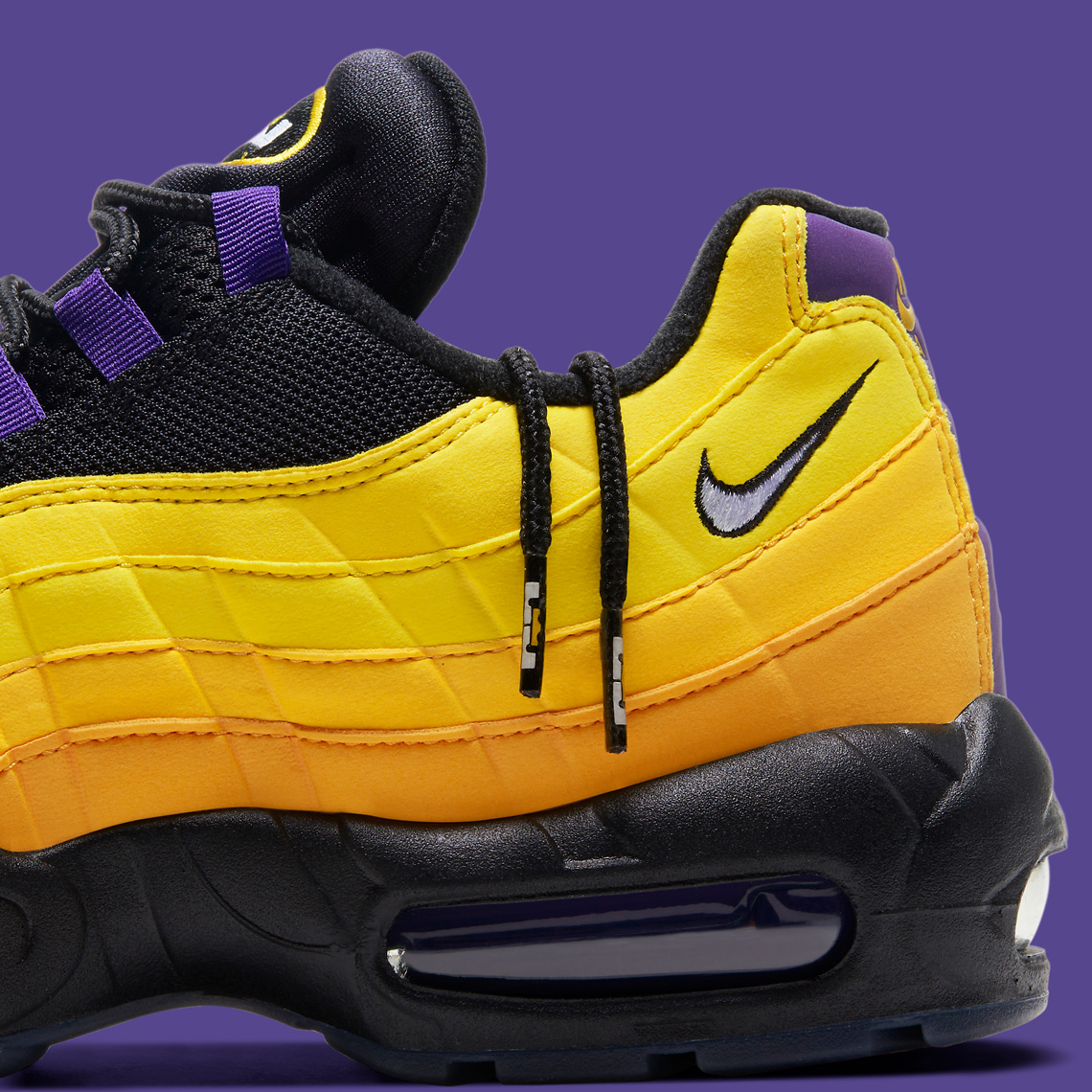 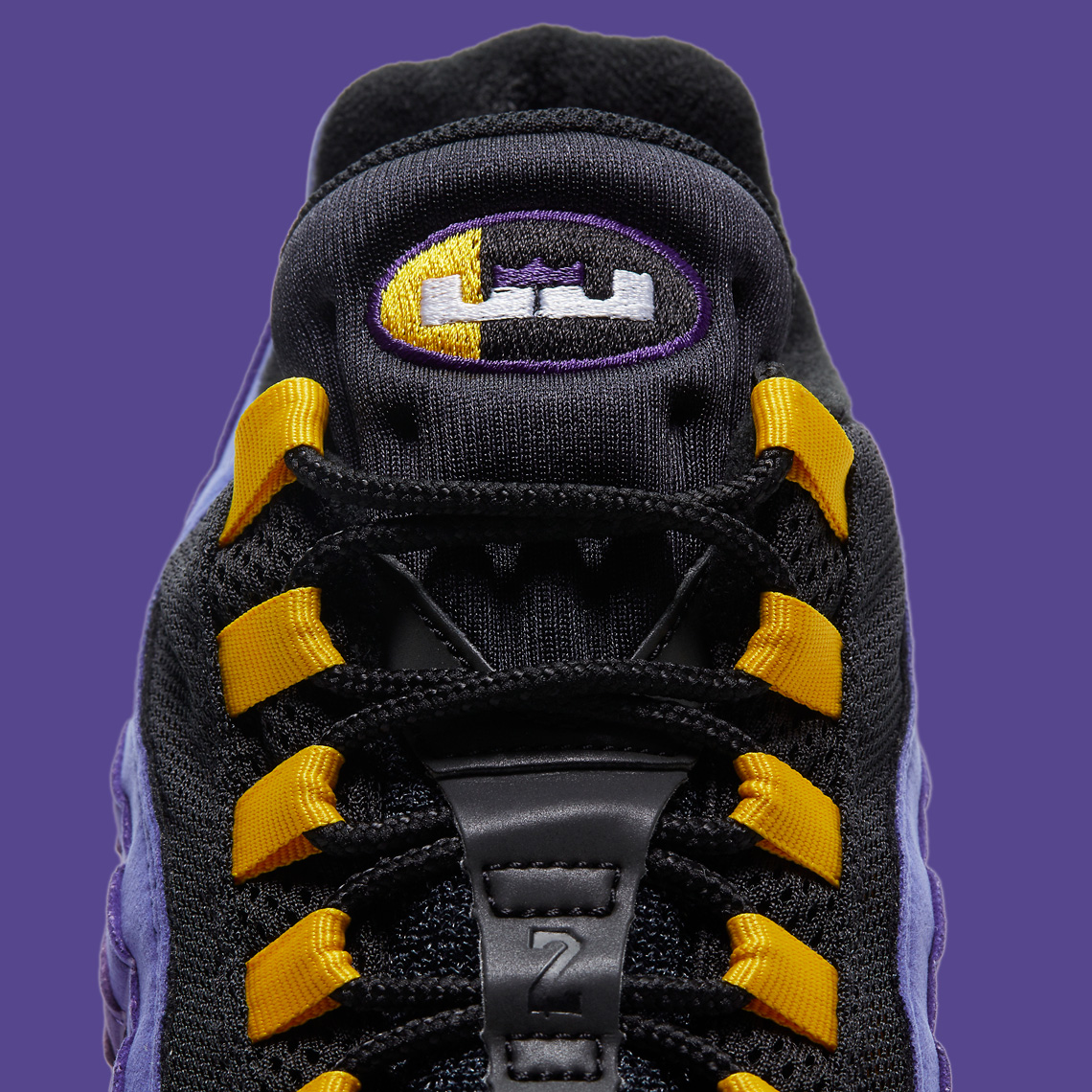 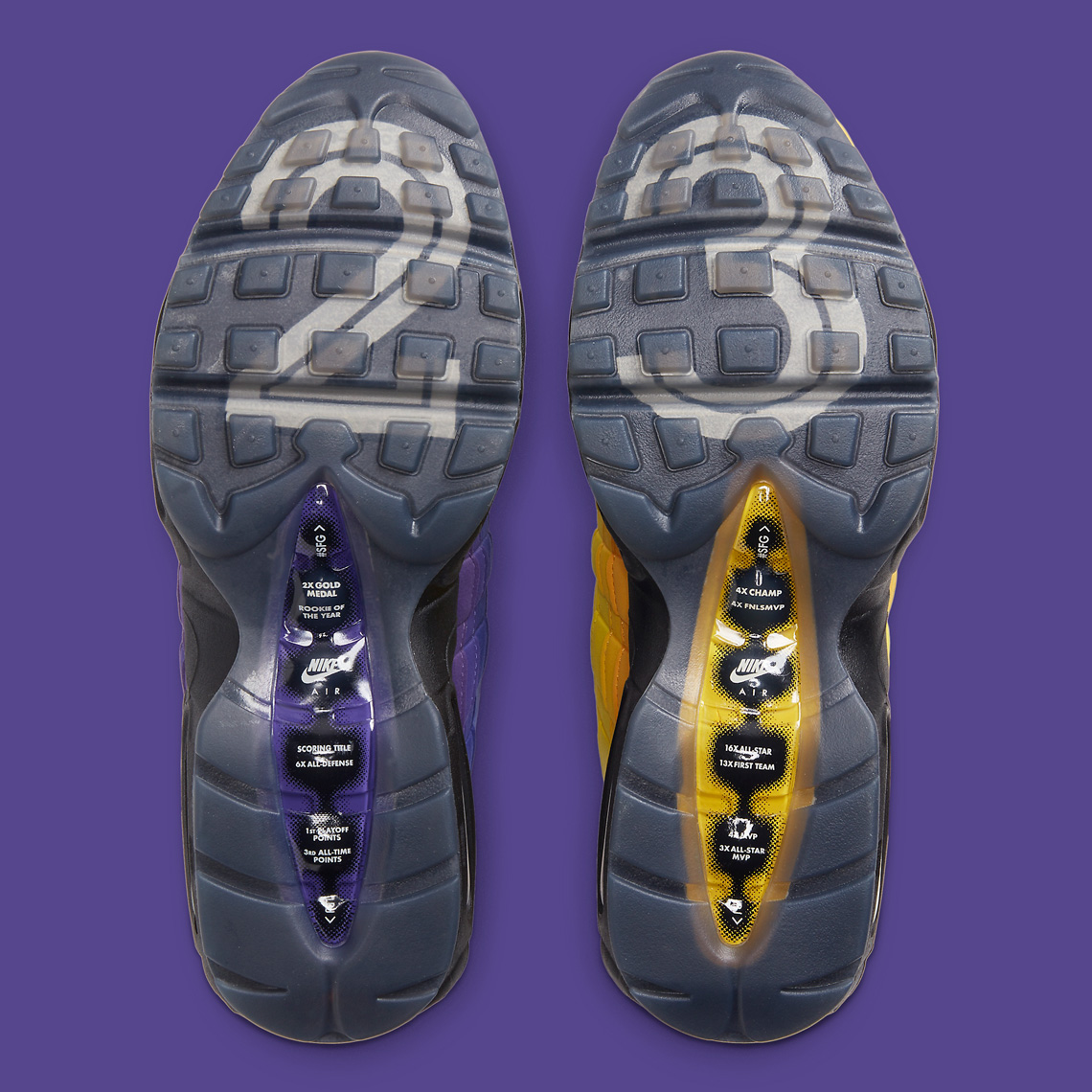