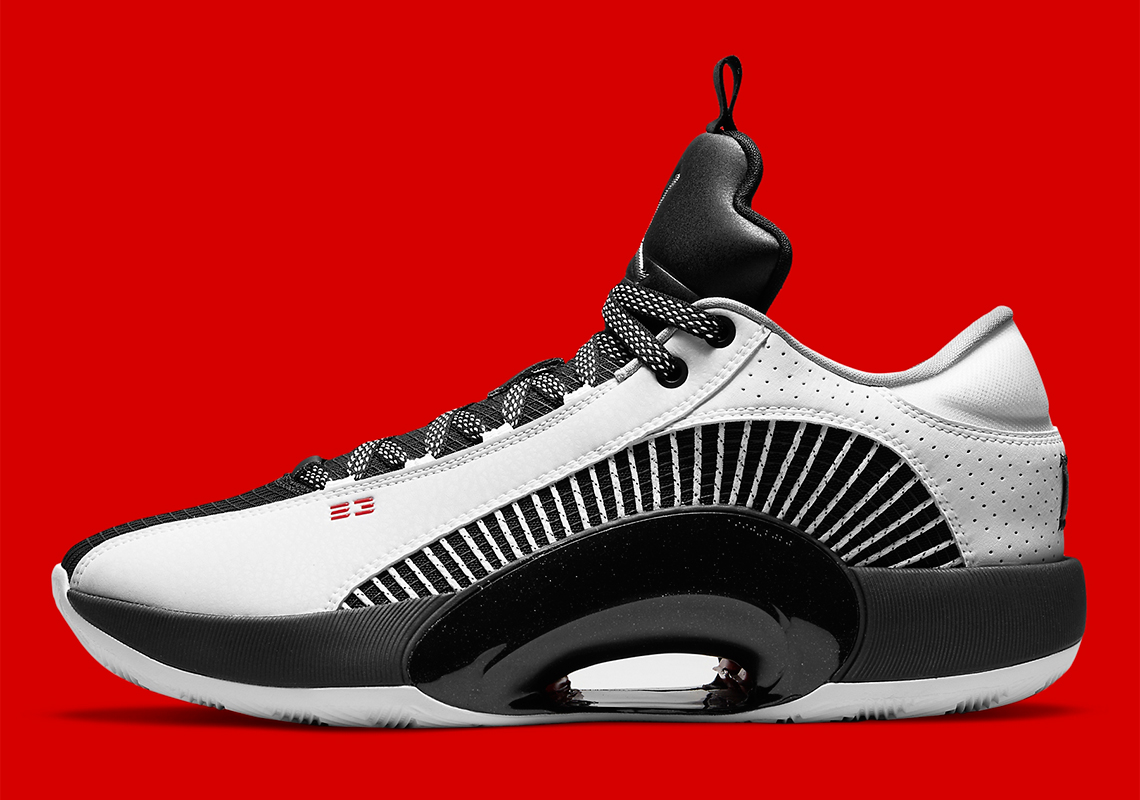 The Air Jordan 35 Low hasn’t spent as much time in the spotlight as its taller counterpart, which appeared throughout the 2021 NBA All-Star Event in an assortment of colors, but it’s emerged in a handful of compelling arrangements. For its latest proposition, the basketball-ready sneaker has indulged in a tried-and-proven “White/Black/University Red” colorway applied similar to how it appeared on 2006’s Nike Air Force 1 “Scarface”.

A bevy of materials across the upper deliver performance benefits in the realm of breathability and durability while simultaneously proffering predominantly “yin-and-yang” flair. Minute detailing on the lace-guards introduce rich scarlet into the mix, while the all-“Black” tongue’s Jumpman branding indulges in an eye-catching, shimmering silver. As with the aforementioned Nike Sportswear classic (and the iconic “Scarface” movie poster it’s reminiscent of), much of the low-top Jordan 35‘s medial side is overtaken by “Black”; mesh sidewalls on the lateral side follow suit, but their synthetic leather surroundings boast stark “White” contrast that creates a split combination. Underfoot, the Eclipse Plate 2.0 and accompanying midsole cushioning works in tandem with the predominantly-herringbone-patterned outsole in bringing the Chicago Bulls-friendly color palette to the shoe’s bottom-half.

Enjoy official images of this Jordan 35 Low ahead, and anticipate pairs to arrive to Nike.com before 2021 concludes. 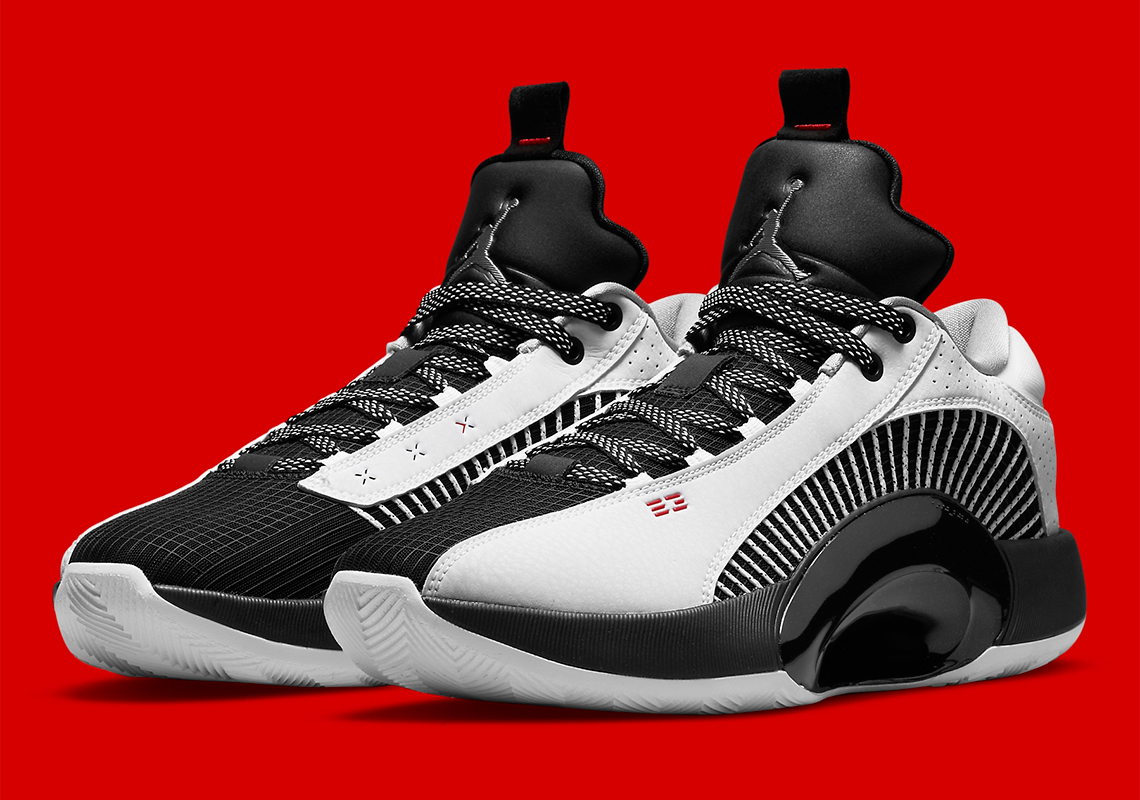 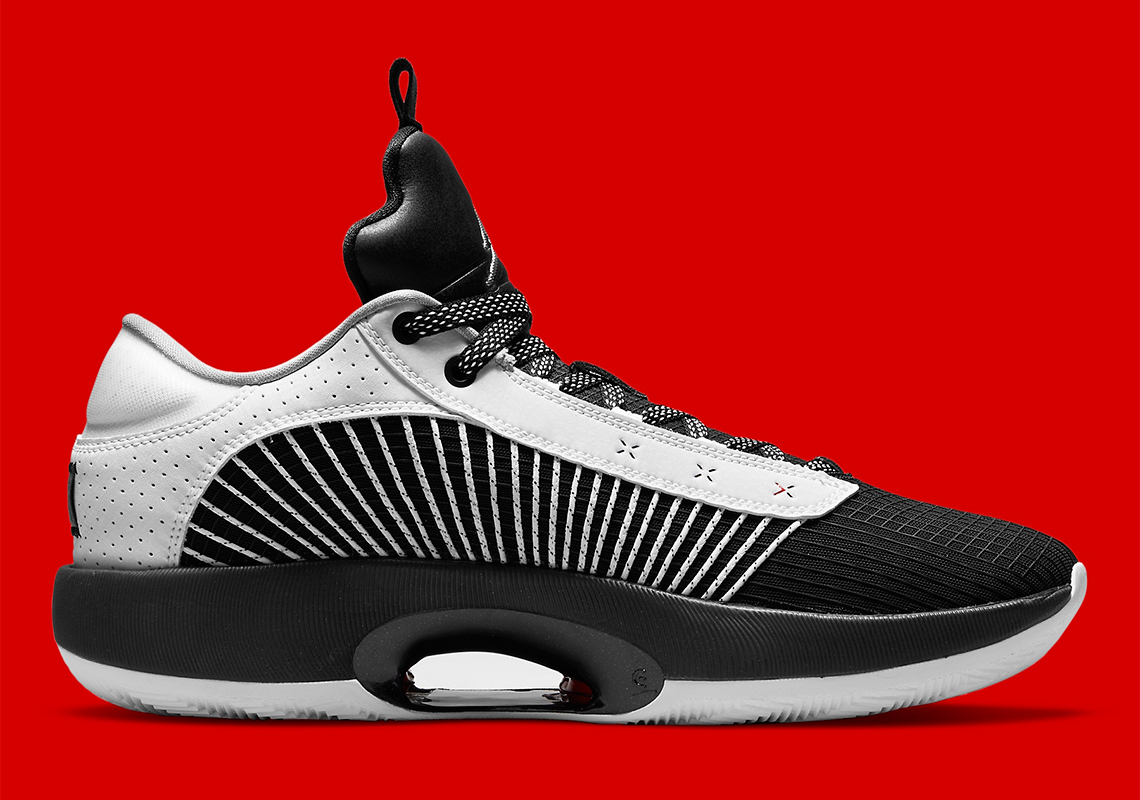 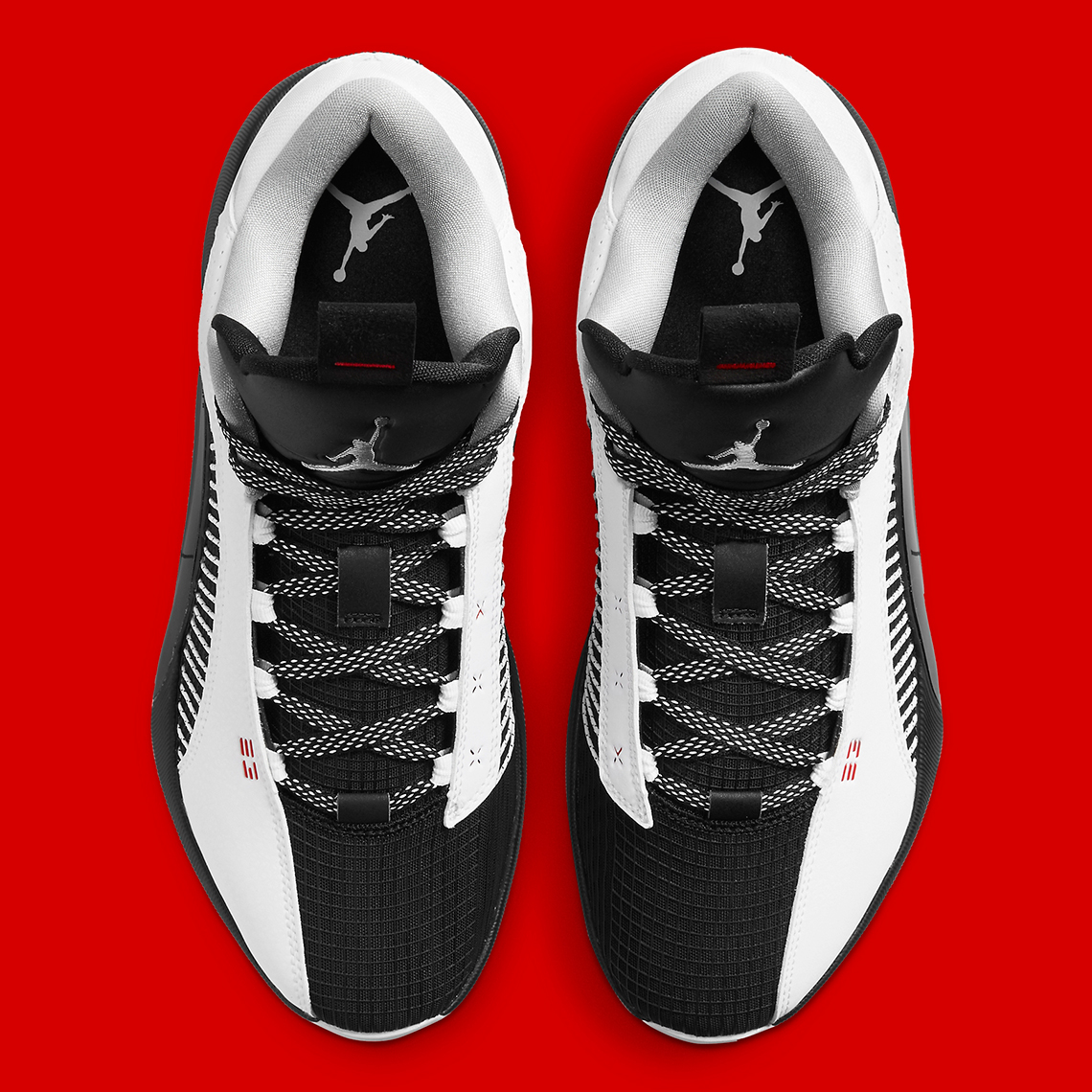 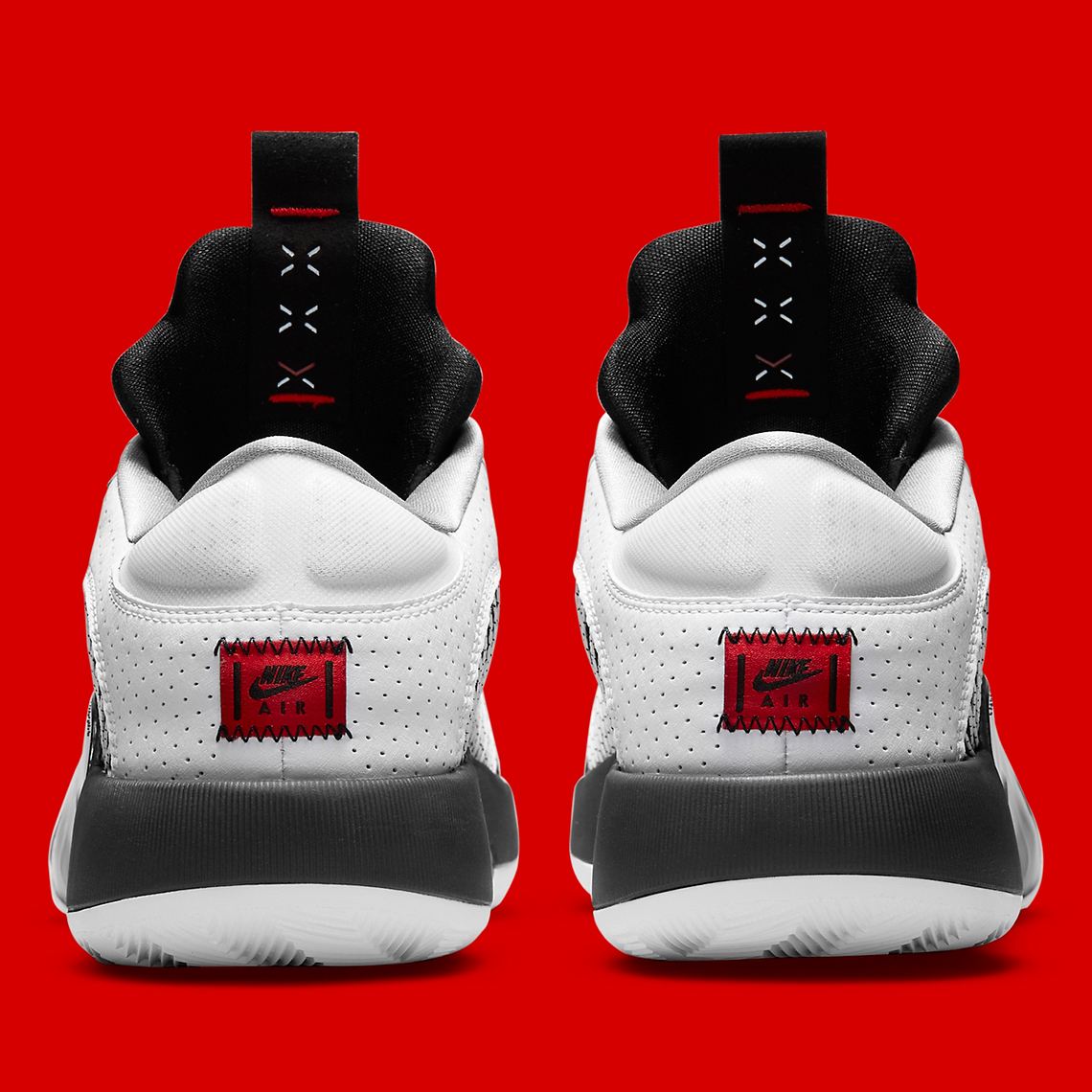 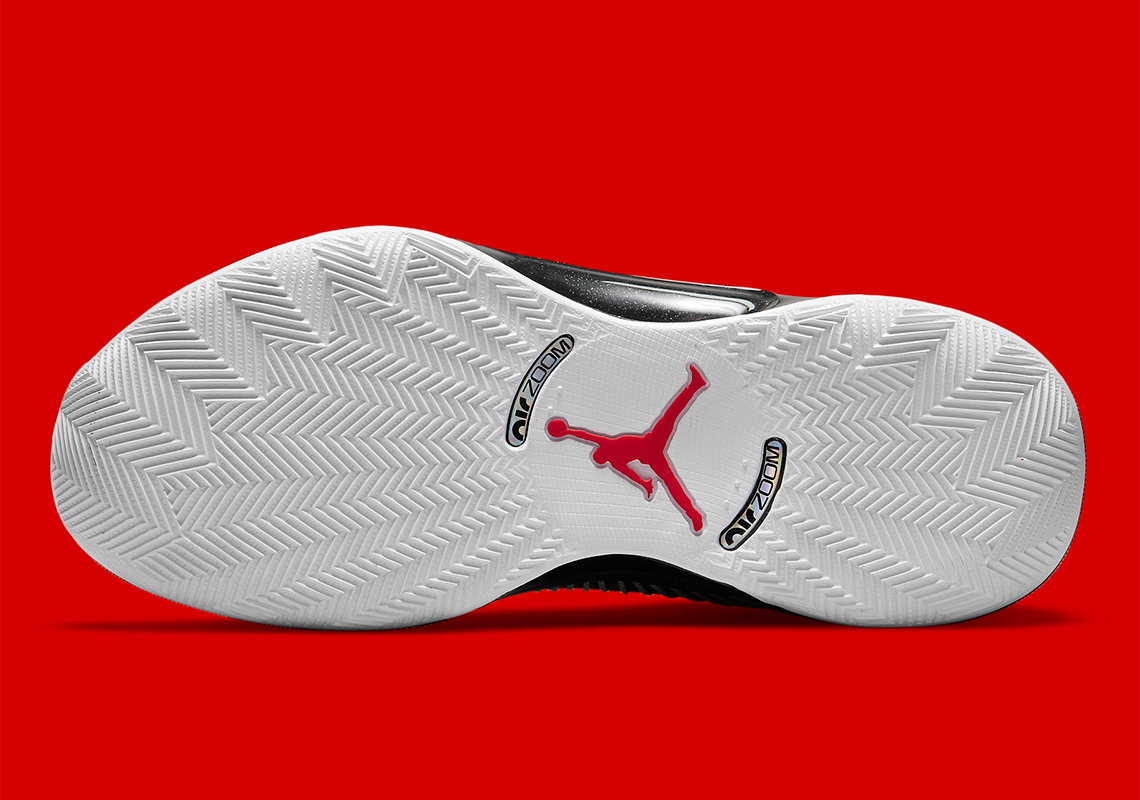 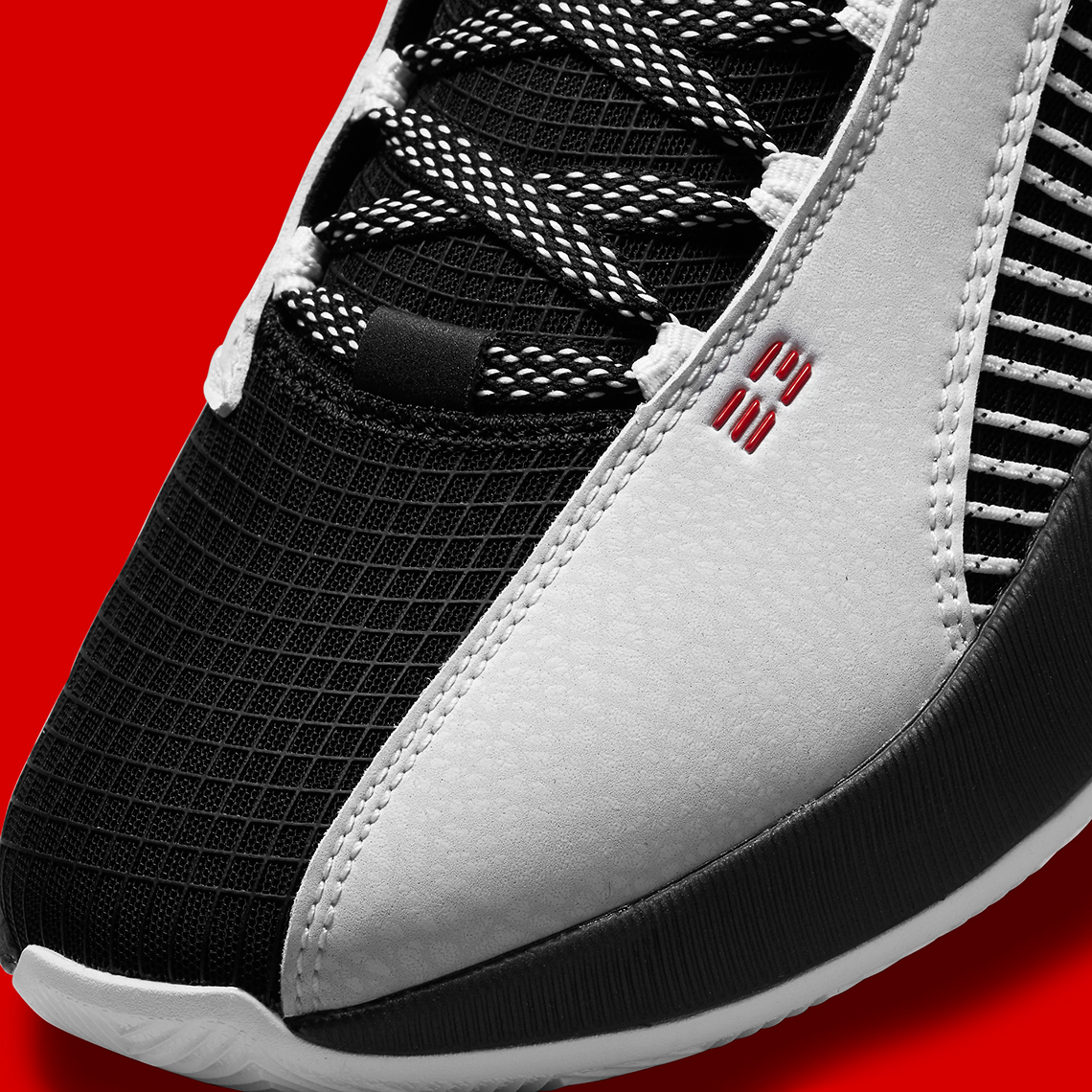 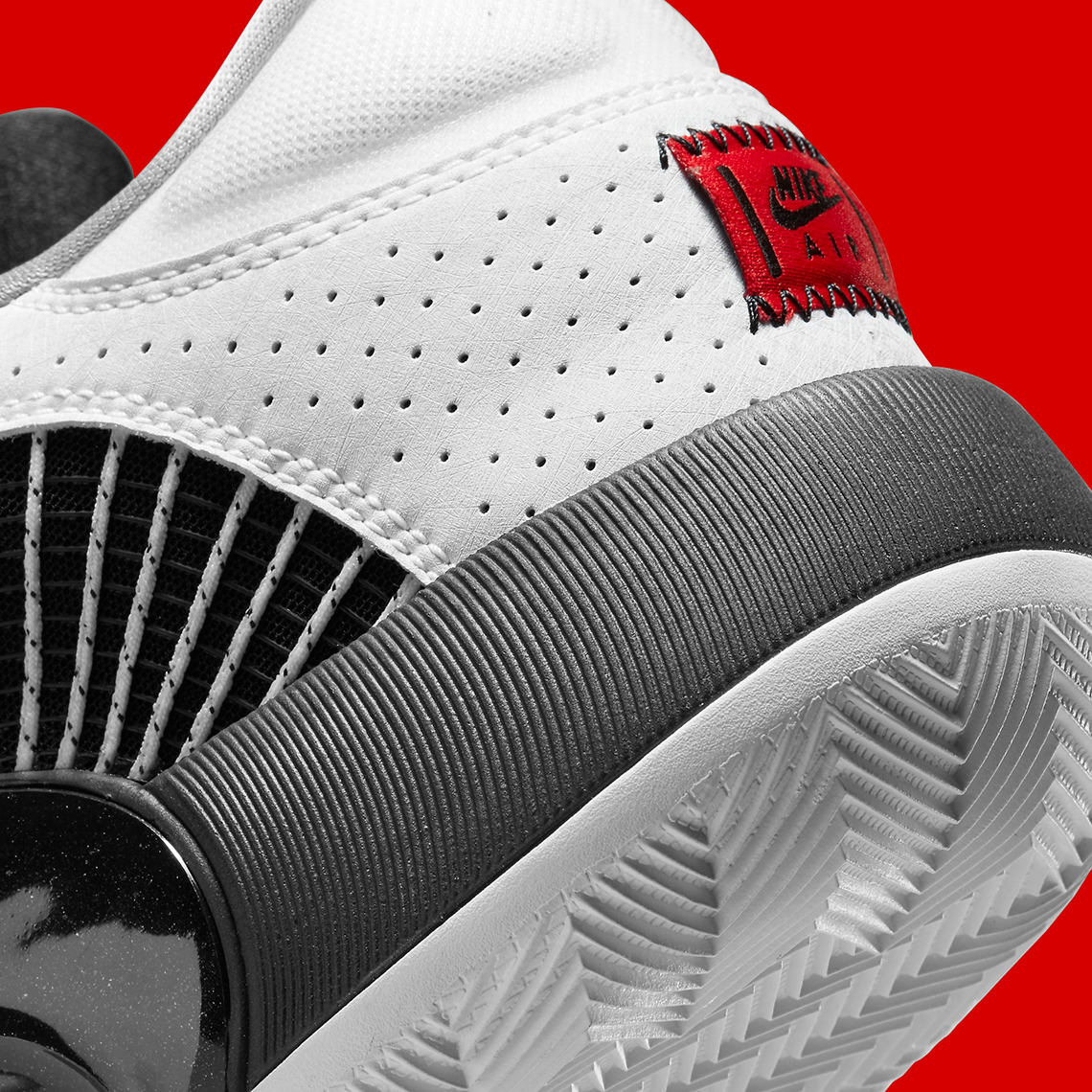