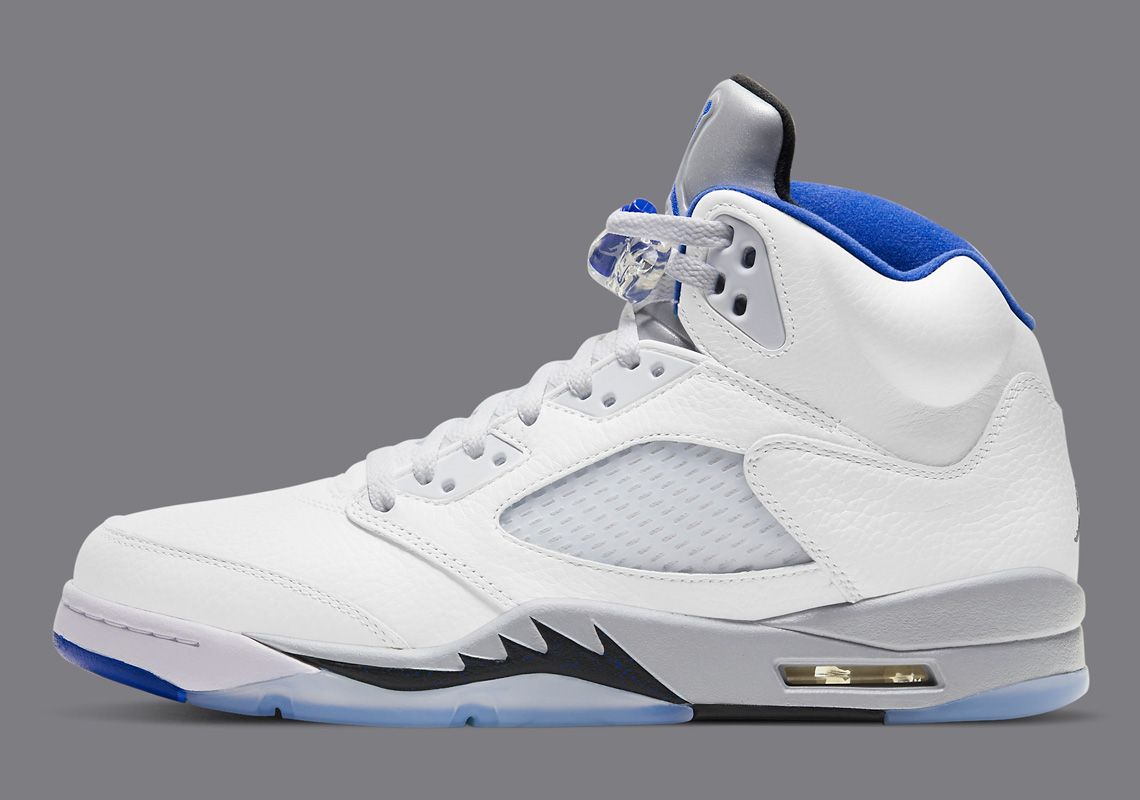 Where To Buy The Air Jordan 5 “Stealth”

First teased via mock-up in June 2020, an Air Jordan 5 “Stealth”-variant was confirmed by NIKE, Inc. in November of that year. Ahead of its stateside release on March 27th (overseas on March 20th), the retro has emerged via official images.

While reminiscent of a pair that dropped in 2006, the forthcoming Air Jordan isn’t a one-to-one reissue. Instead, it rearranges the original’s iconic “White/Stealth/Black/Hyper Royal” colorway in a familiar, but refreshing way. Fighter jet-inspired serrated detailing on the midsole exchange its eye-catching “Hyper Royal” flair for an understated “Black” tone. Collar lining and branding on the tongue maintain the bold blue hue, but the tongue’s underside deviates in the aforementioned dark color, just as the Jumpman logo on the heel. Construction elsewhere – mesh windows on the profiles, upper eyelets, sole units – nod to 15-year-old Jordan 5, but boast modern-day spins that address issues like outsole yellowing via an icy finish, for example.

Enjoy official images of the latest “Stealth”-accented Jordan 5 ahead, and anticipate pairs heading to Nike SNKRS EU on March 20th before arriving stateside on March 27th.

For more confirmed Jordan release dates, check out the the Jordan 1 “Hyper Royal” set to launch on April 17th. 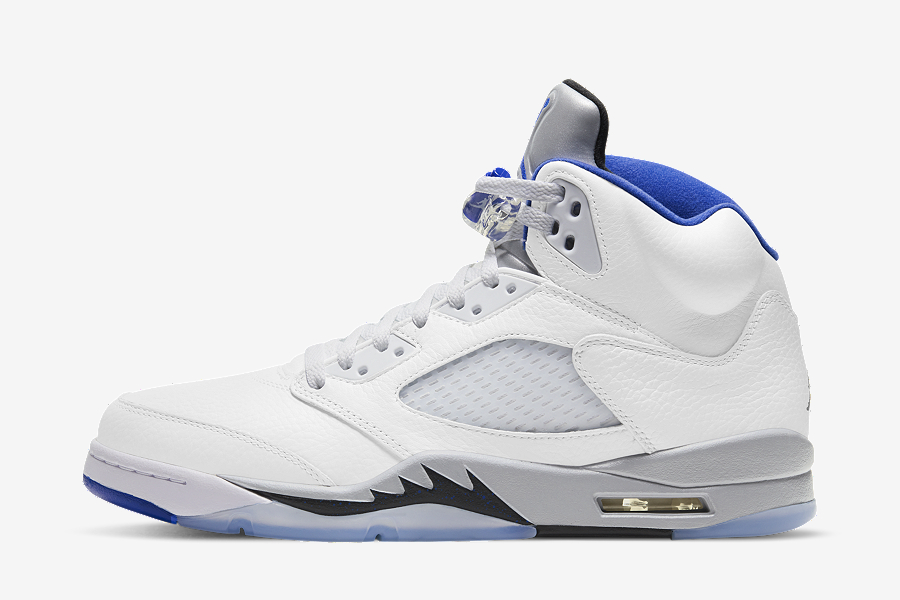 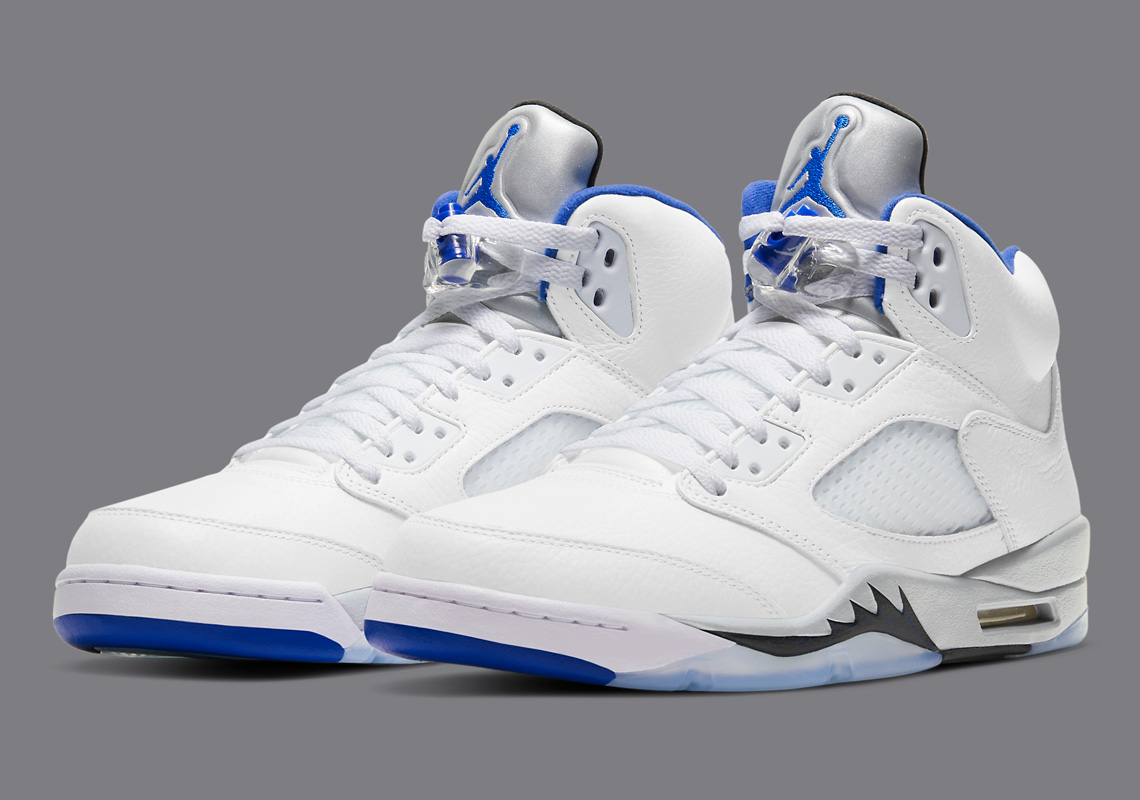 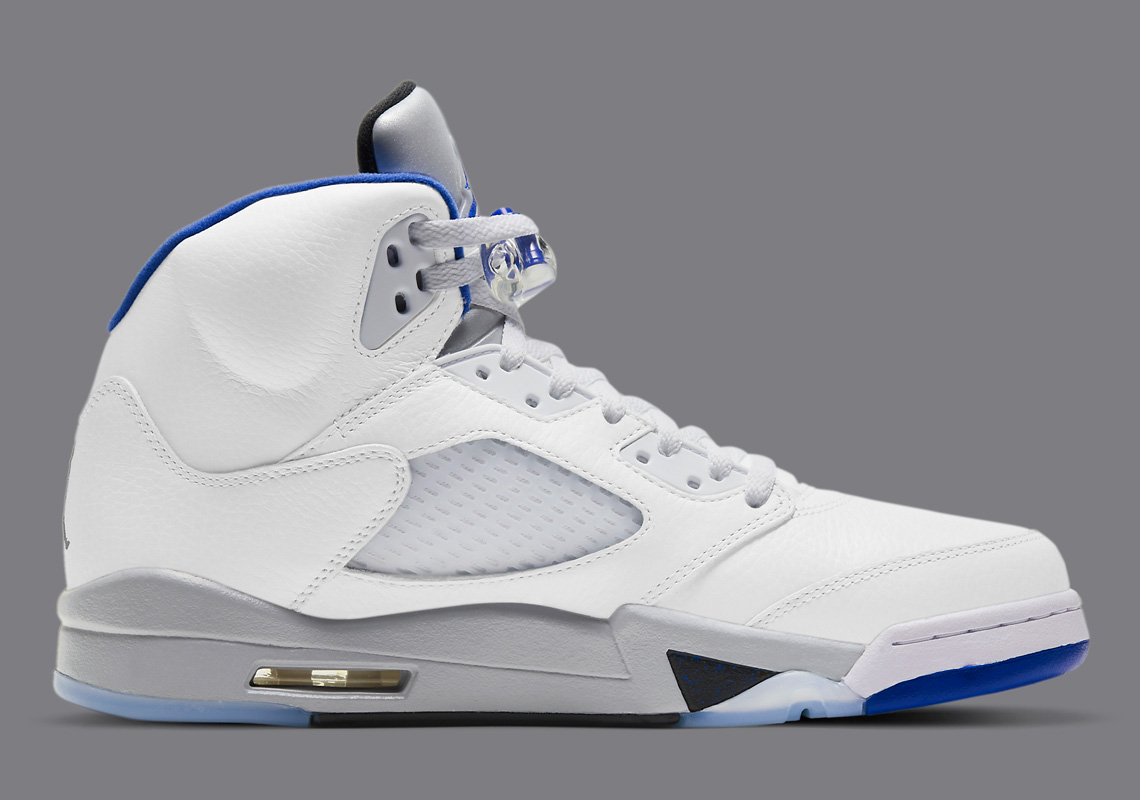 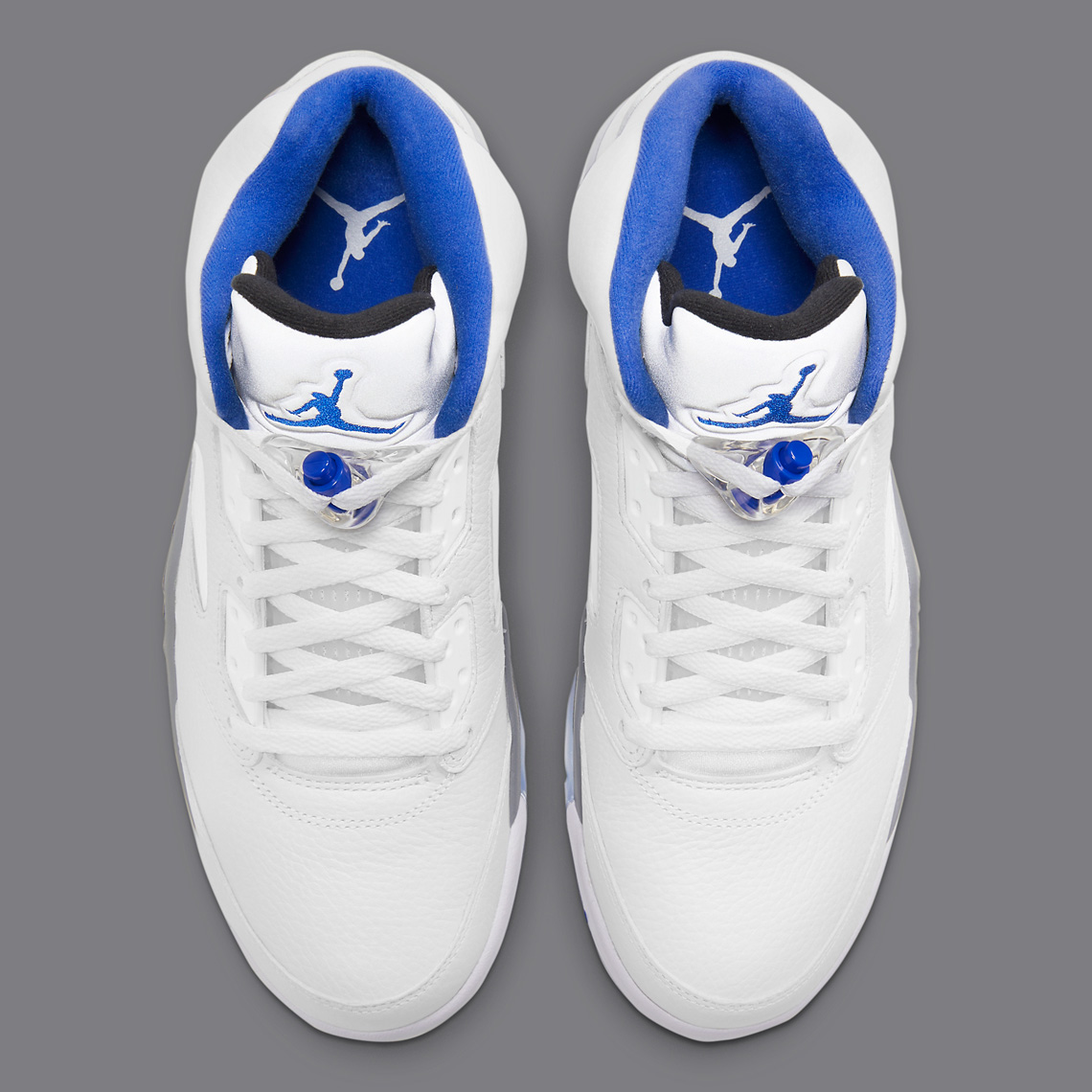 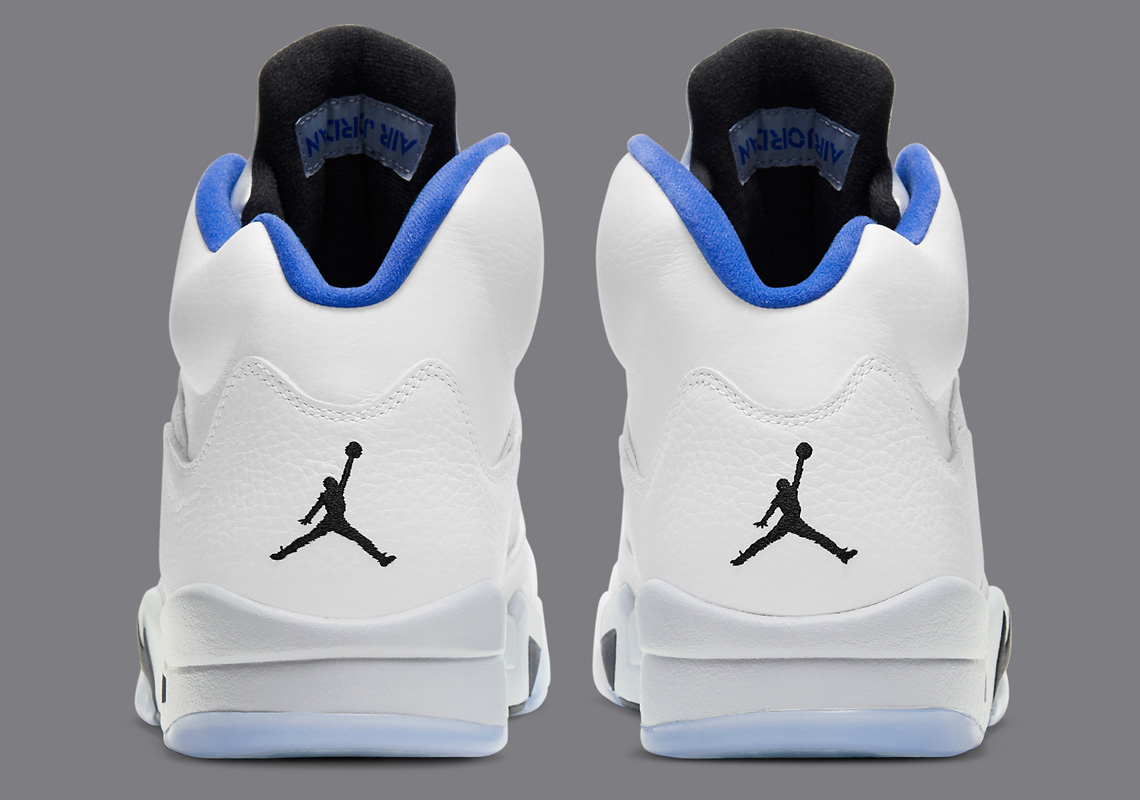 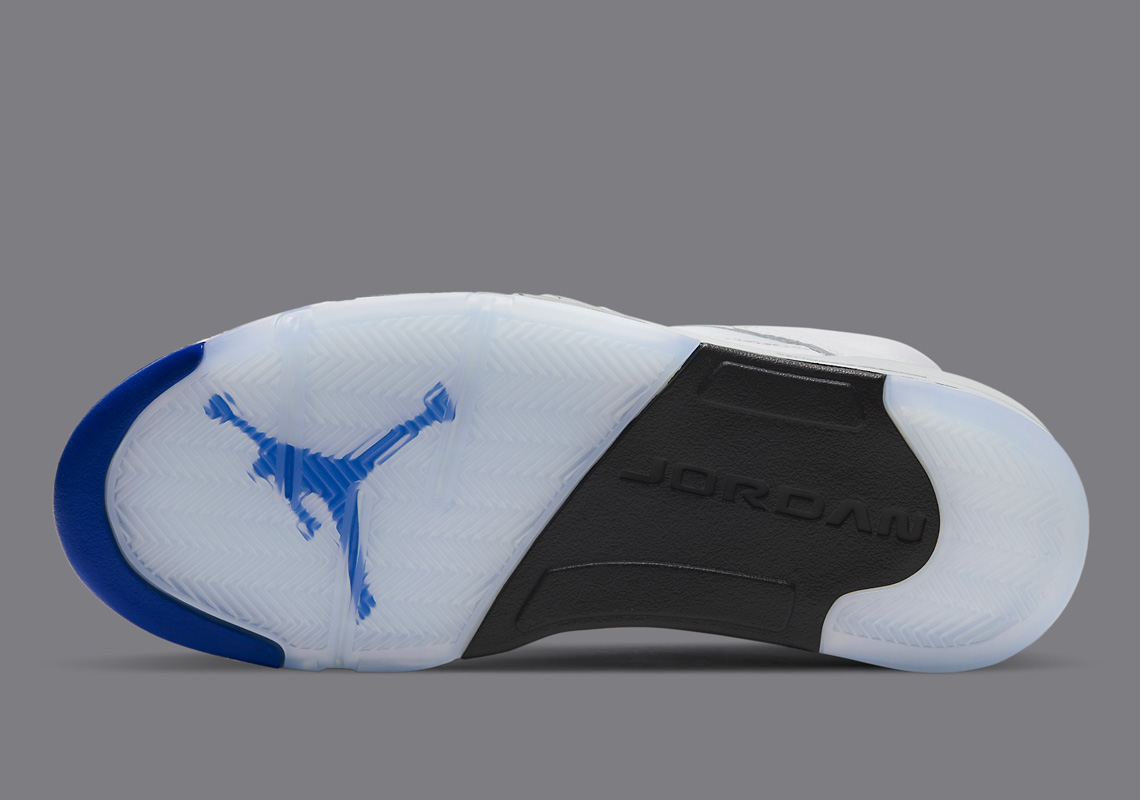 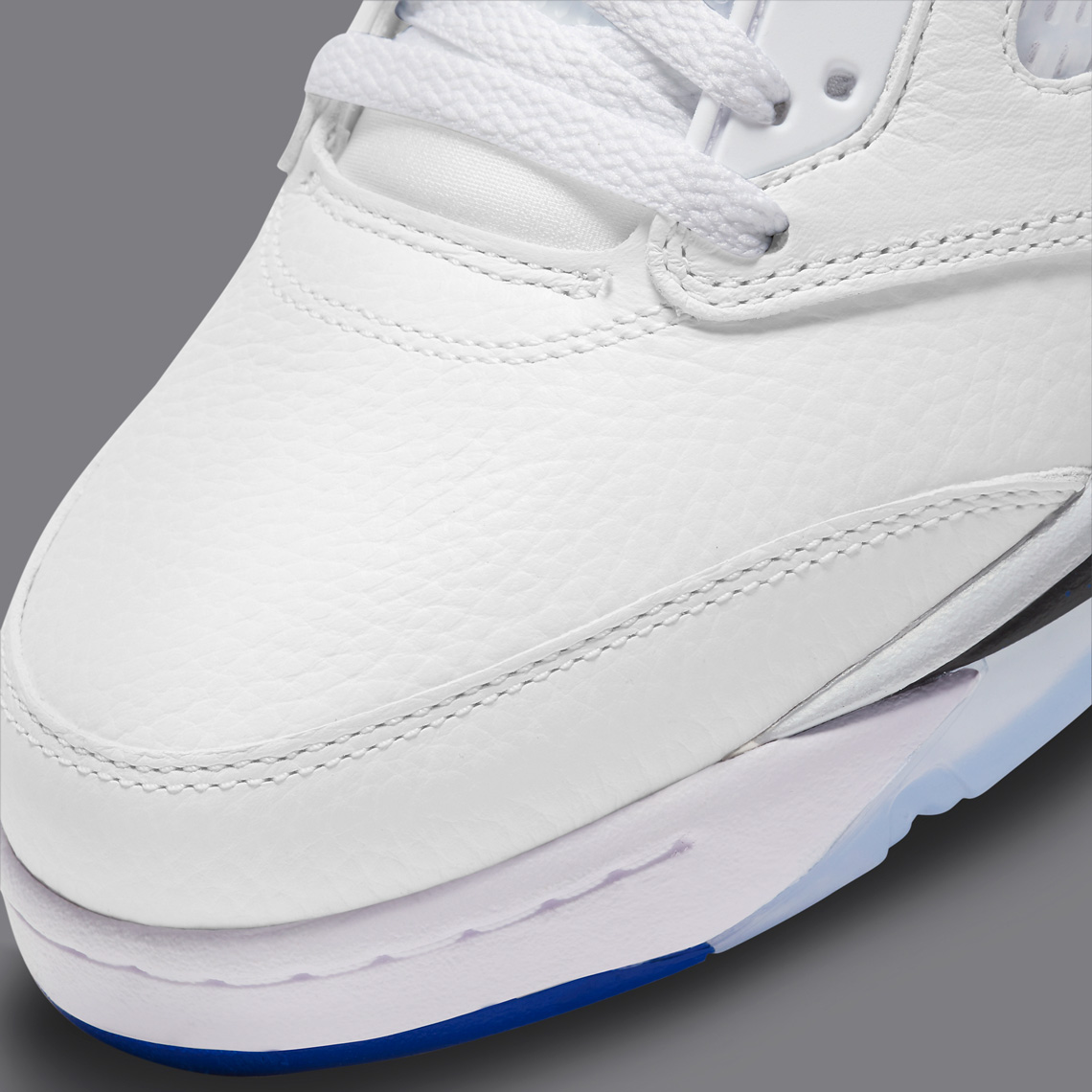 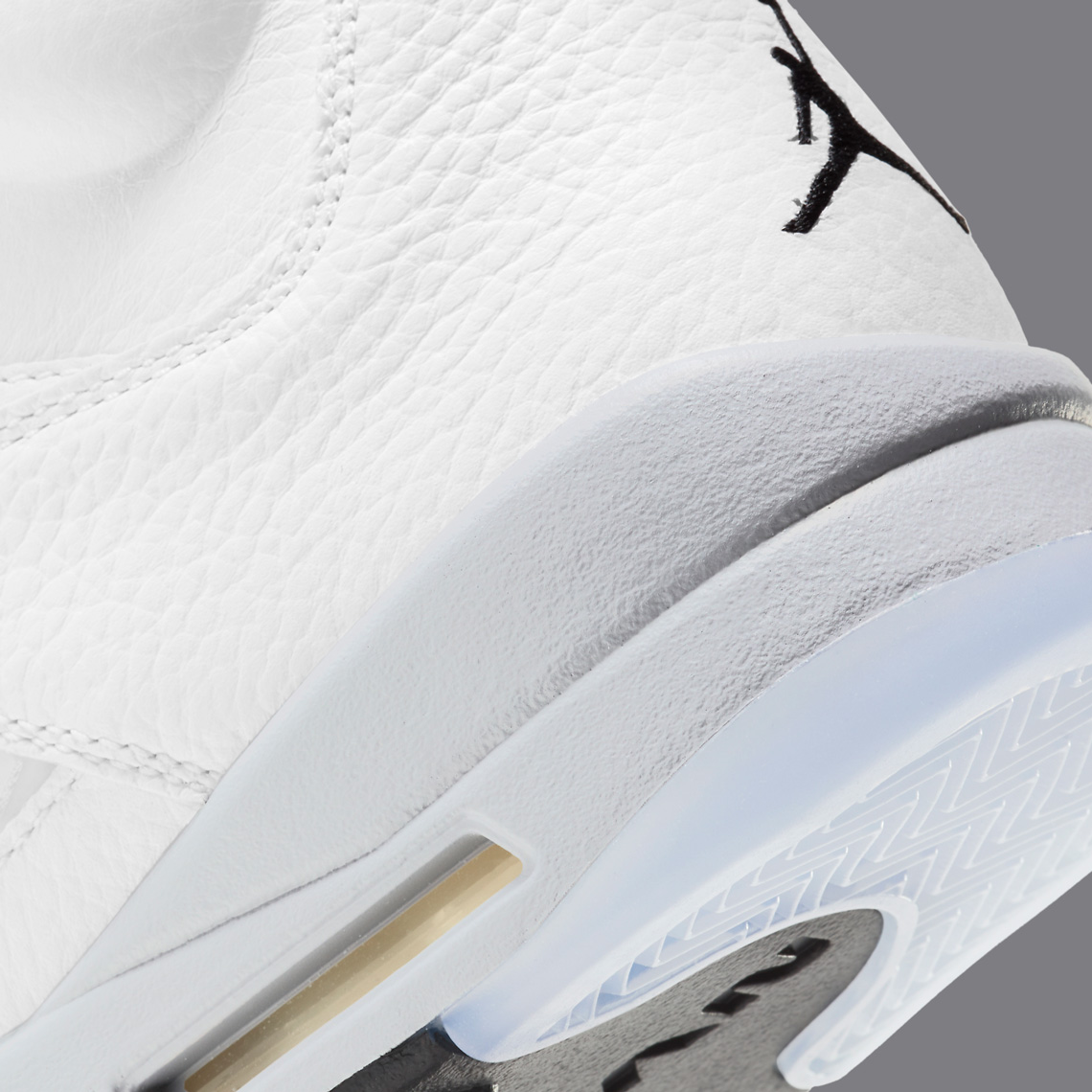 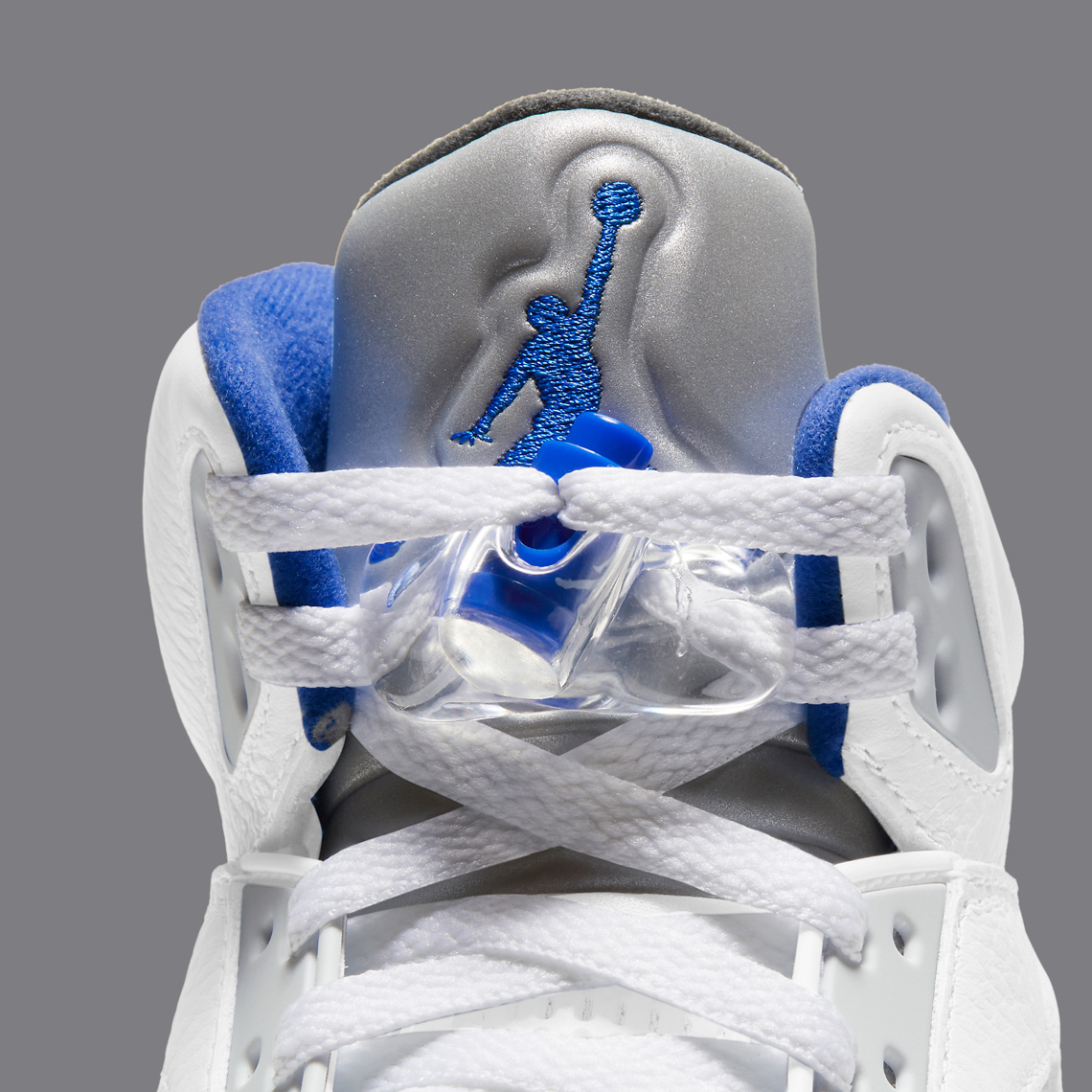 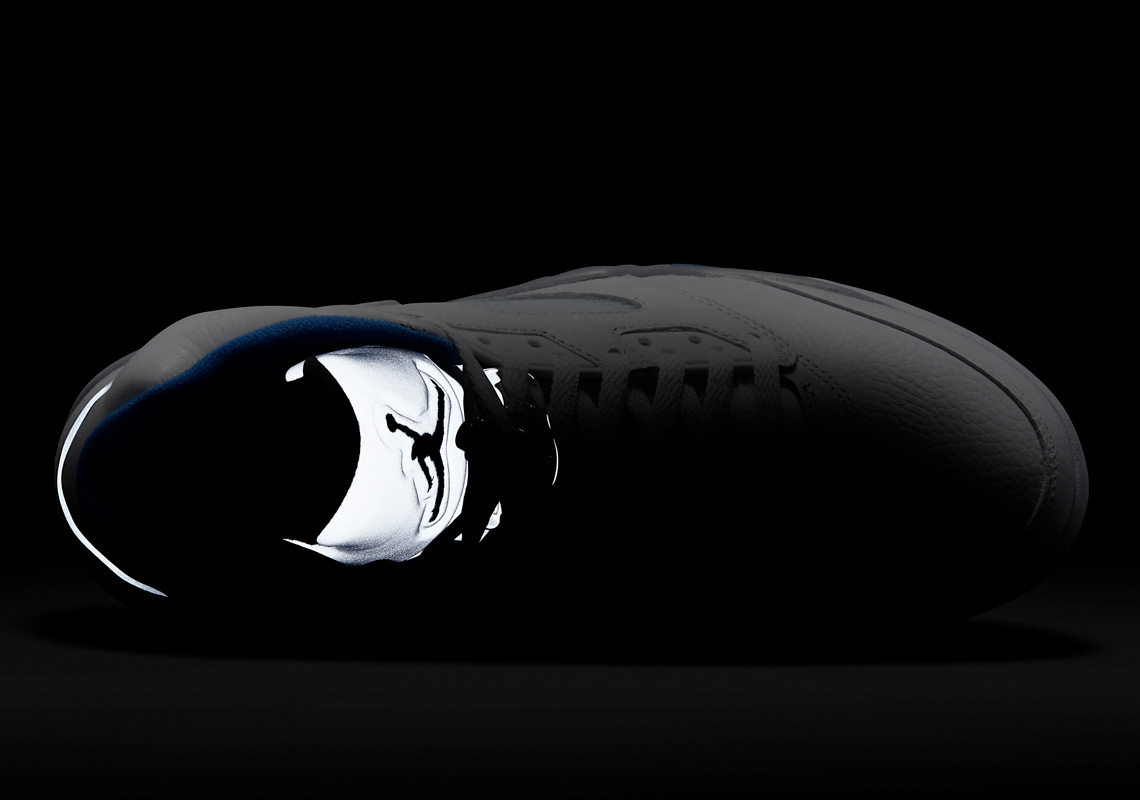