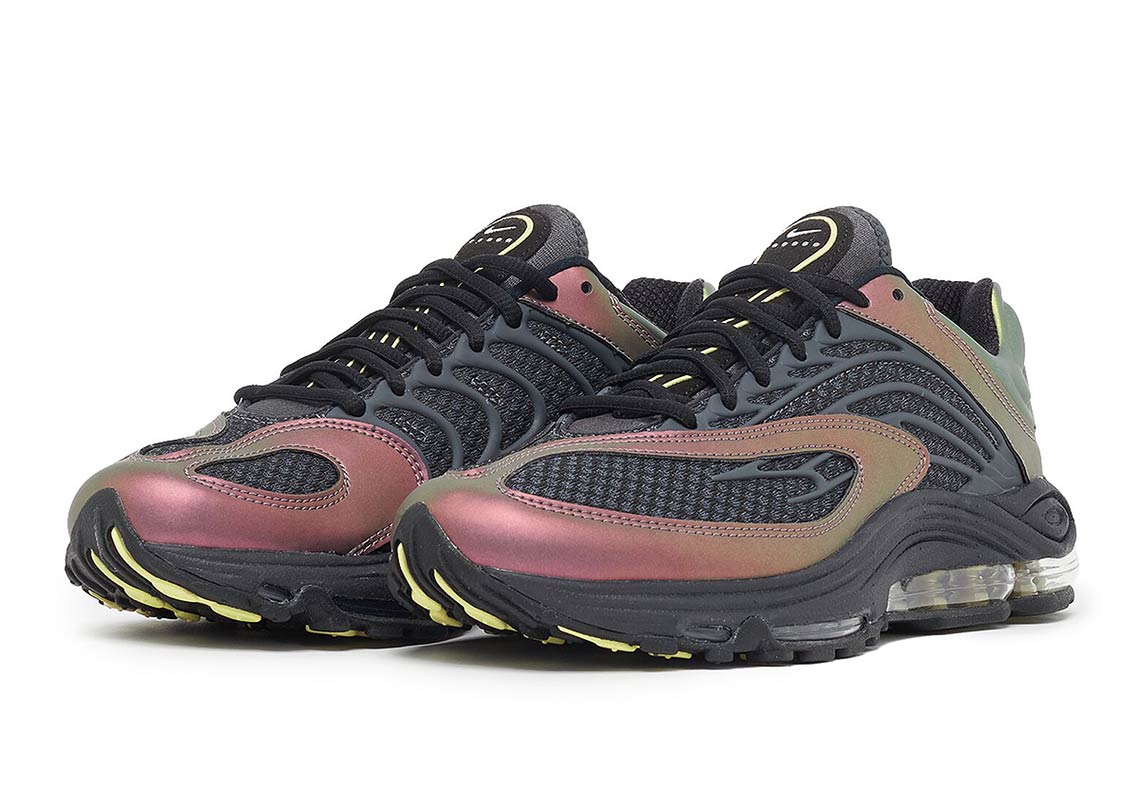 Where To Buy The Nike Air Tuned Max OG “Celery”

In just a couple more days, the Air Tuned Max “Celery” will have officially returned for the first time since its debut in 1999. Releasing in different regions at different times, the Retro delivers a true-to-form recreation that will induce quite a bit of nostalgia for those familiar. Even the uninitiated have shown quite a bit of interest, some keen thanks to Skepta’s reference to the “Celery” colorway during his first-ever collaboration with the Swoosh.

Retrofuture in its design, the pair offers a construction rather sleek, removed of many elements now signature to the Nike brand. For example, the Swoosh is almost entirely absent save for its miniature appearances at the tongue and heel. Elsewhere, thick mesh bases dress underneath, matching that of the laces as well as the tongue. TPU cages add both supportive and cosmetic touches to the mid-panel, their molds complementing the shape and arc of the chiseled midsole underneath. Elsewhere, the overlays tinge with bolder, iridescent finishes: the forefoot and counter lean towards “Saturn Red,” while the collar prefers the titular green.

For a better look, check out the detailed imagery below. A release is set for March 16th in the EU, March 19th in the US, and March 22nd in Asia. See more details and our store list below.

In other news, the Air Max 90 Bacon is also re-releasing this month.

UPDATE 3/18/2021:
The Nike Air Tuned Max “Celery” has been removed by retailers’ release calendars. A US drop is now likely postponed. 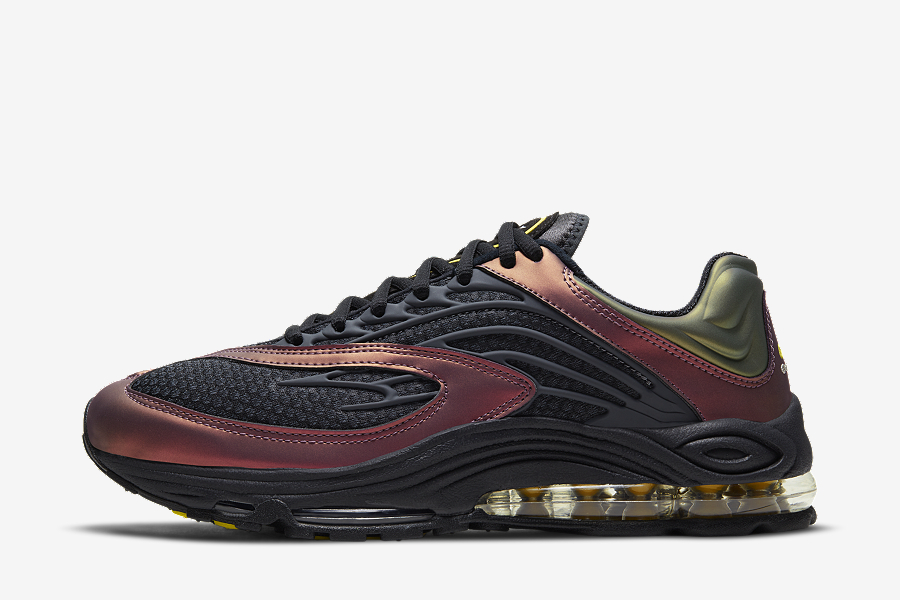 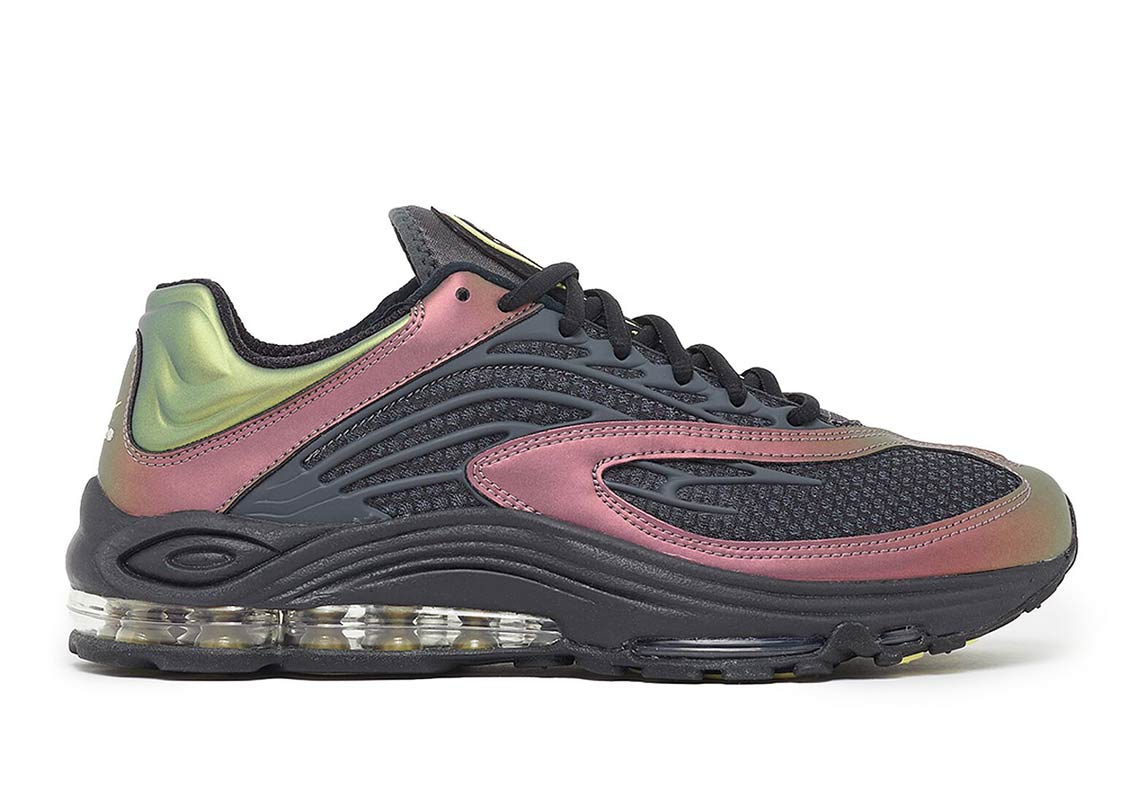 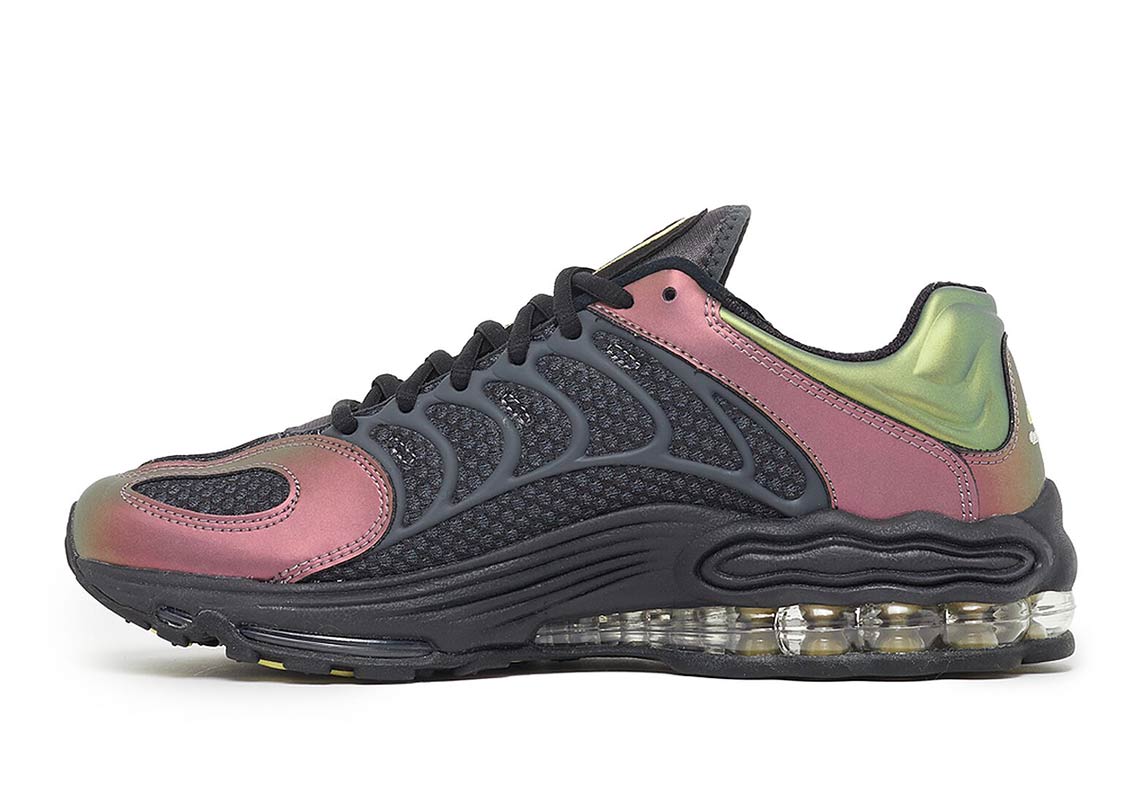 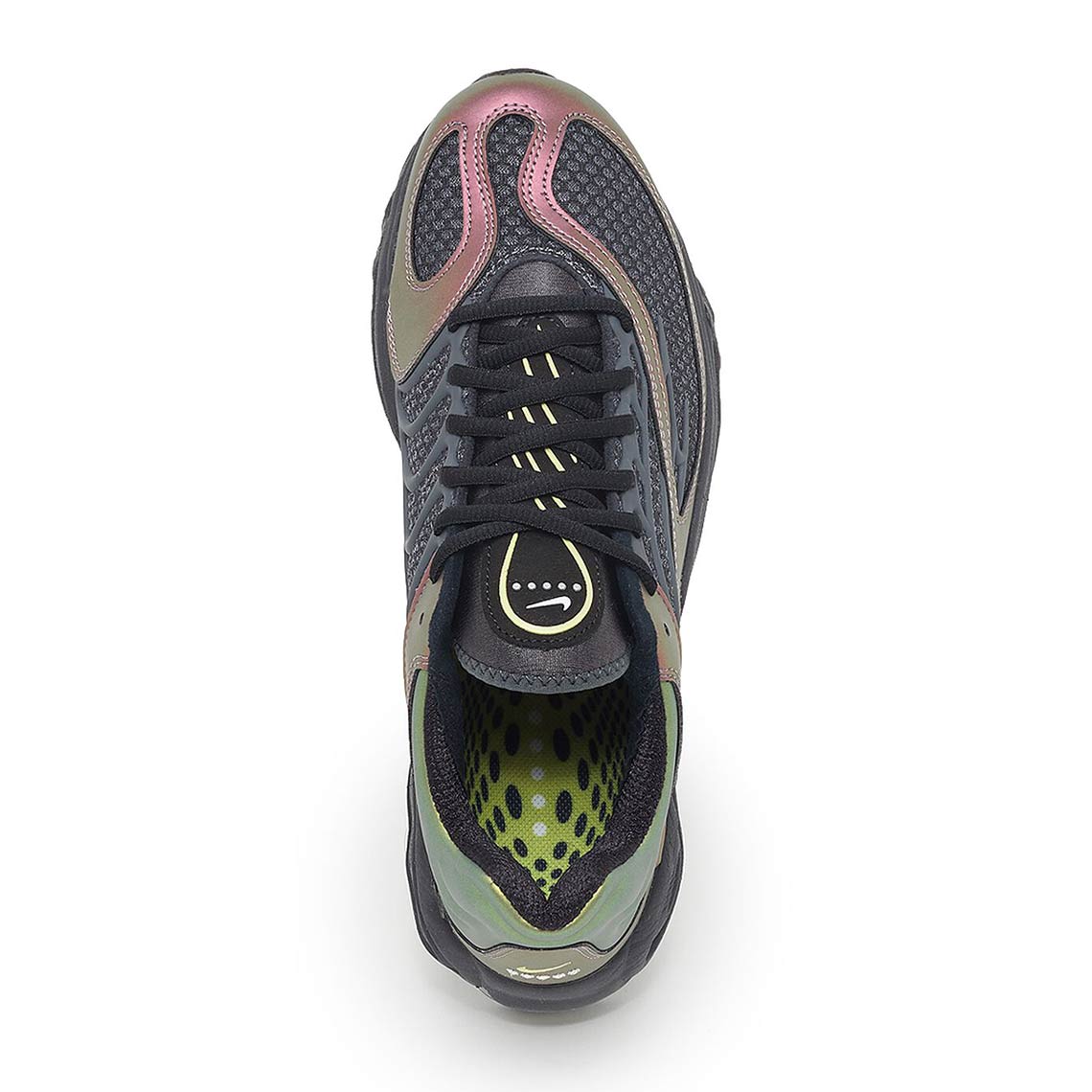 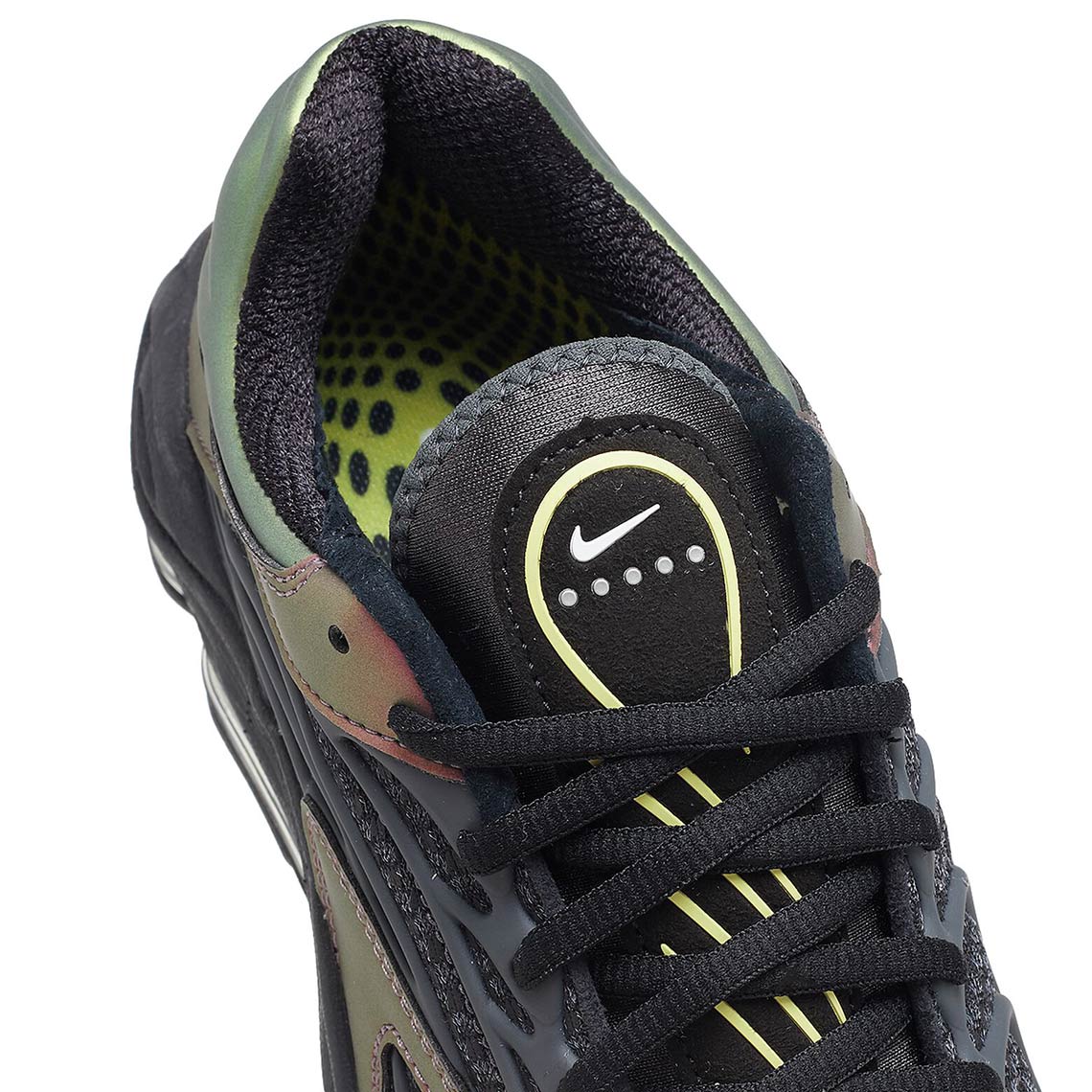 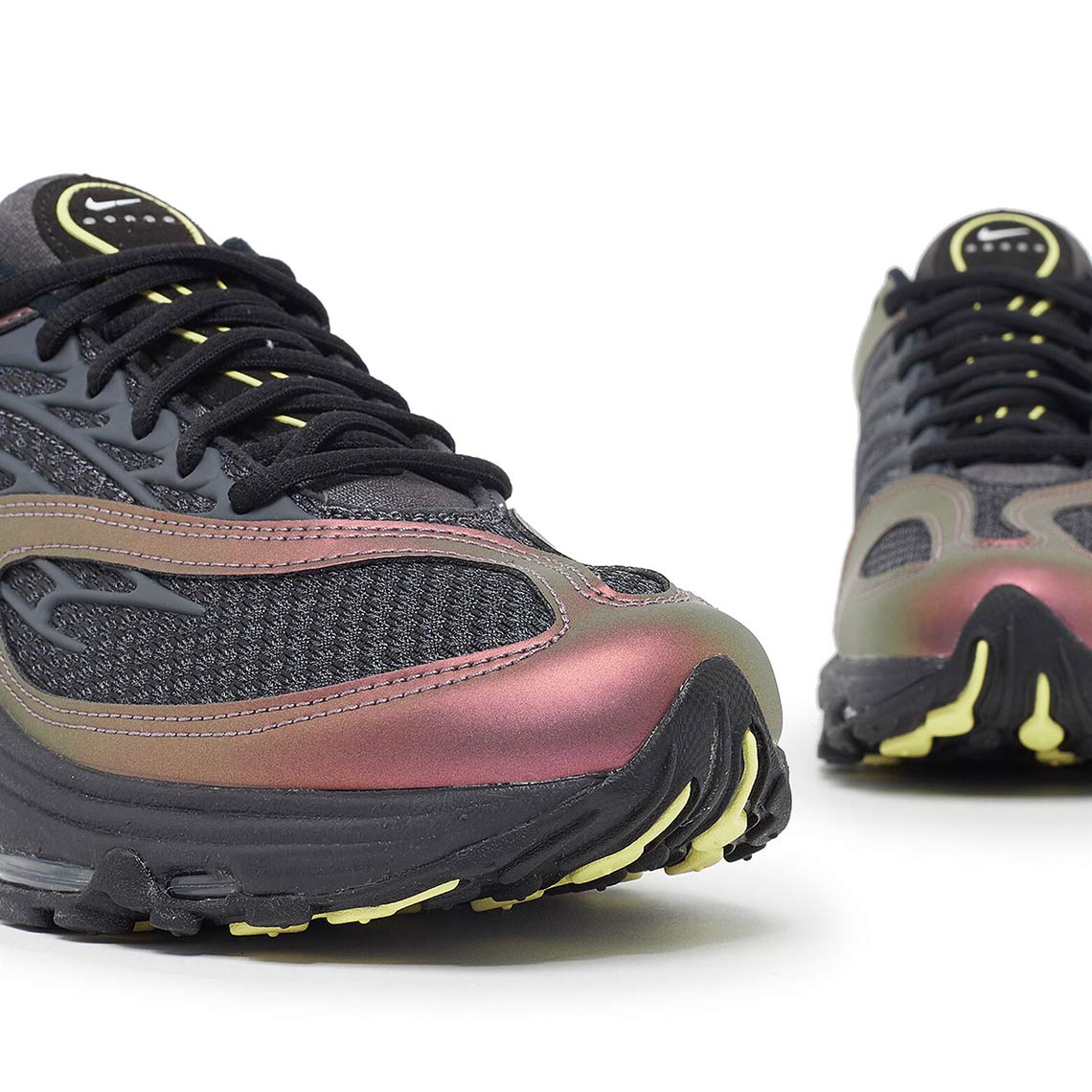