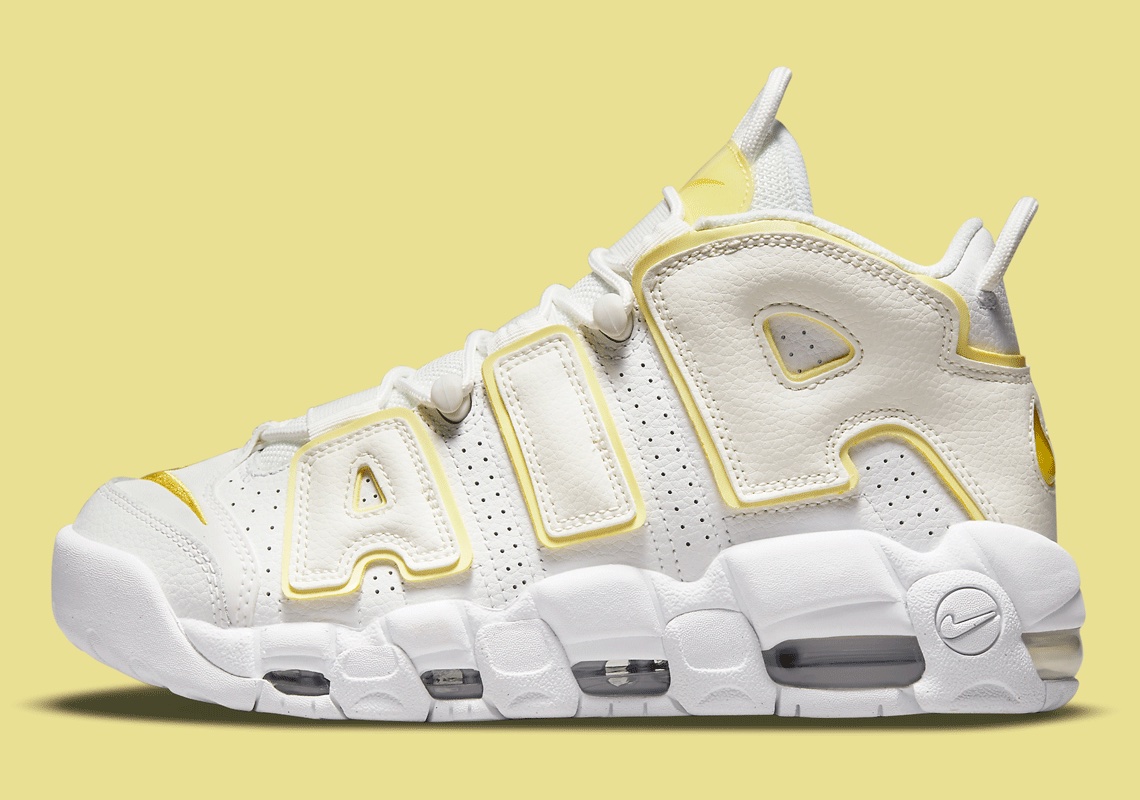 Although the Nike Air More Uptempo has had countless sneaker collectors setting aside money as it’s appeared in original colorways, the basketball icon has also emerged in a dozen retro, yet impressive arrangements throughout the last year. Ahead of spring, the 25-year-old design has surfaced in a two-tone “White/Light Citron” option.

Akin to some of the model’s most popular styles, the forthcoming pair features a “colorless” synthetic leather base that sets the stage for pops of color across the upper. Enlarged “AIR” branding on the profiles is inherently bold, but its yellow detailing delivers yet another eye-catching element to the shoe oft-associated with Scottie Pippen. Accompanying branding at the forefoot, heel and on the outsole follows suit, but it’s arguably overshadowed by the TPU variant at the top of the tongue; most iterations of the Air Max-cushioned sneaker don’t include molded accents near the collar.

Enjoy official images of the spring-ready Air More Uptempo ahead, and expect pairs to hit Nike.com before summer ends.

Elsewhere under the Swoosh umbrella, the Dunk Low “Lemon Drop” is set to launch soon. 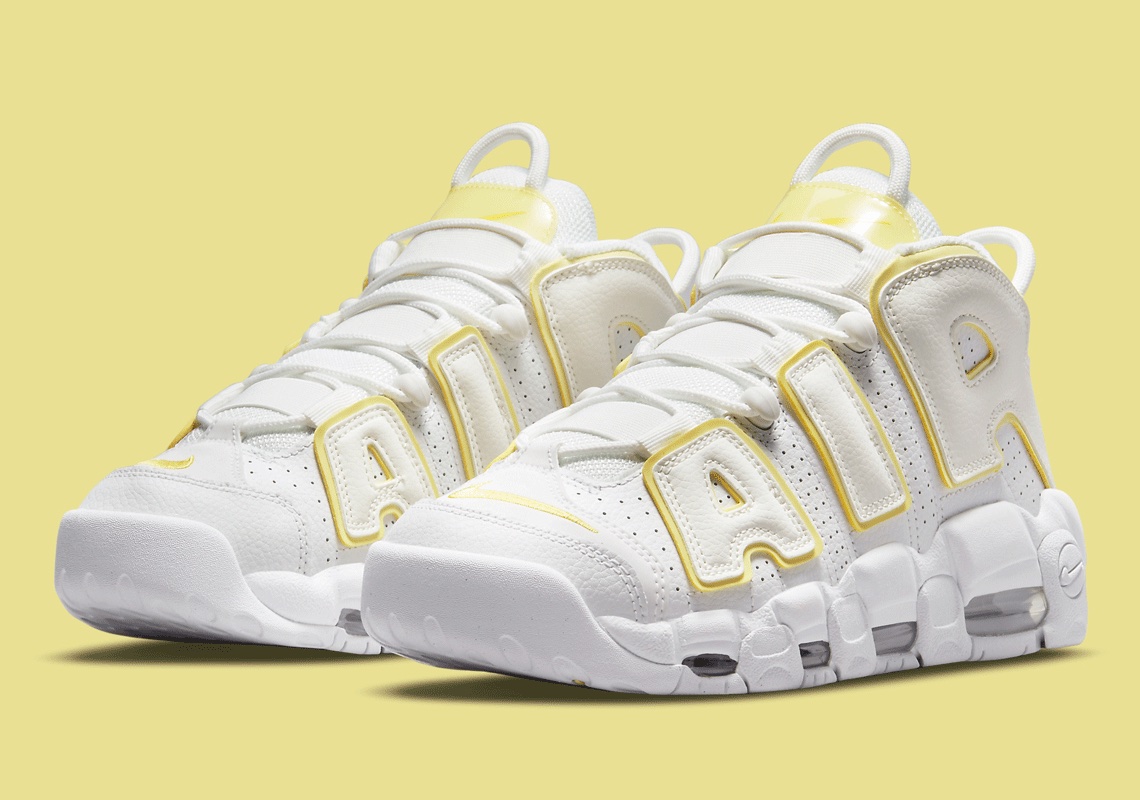 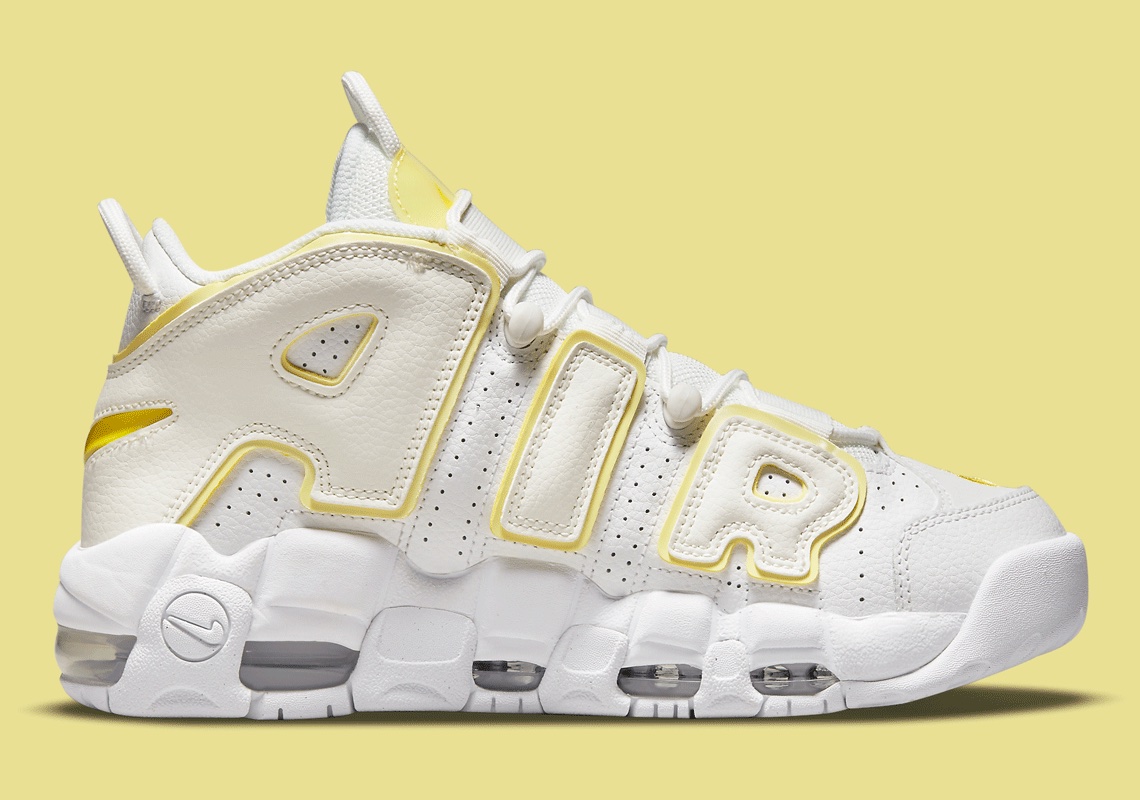 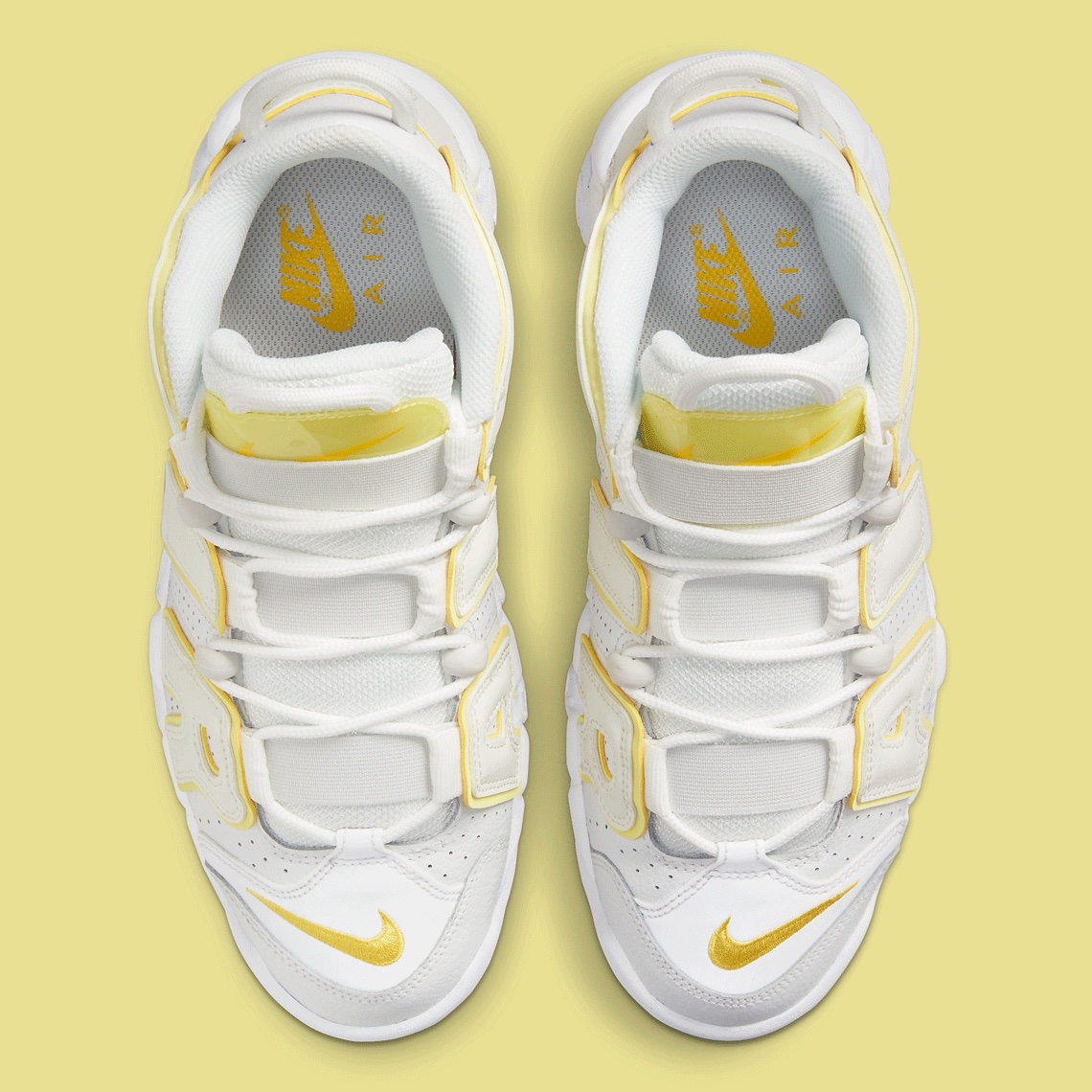 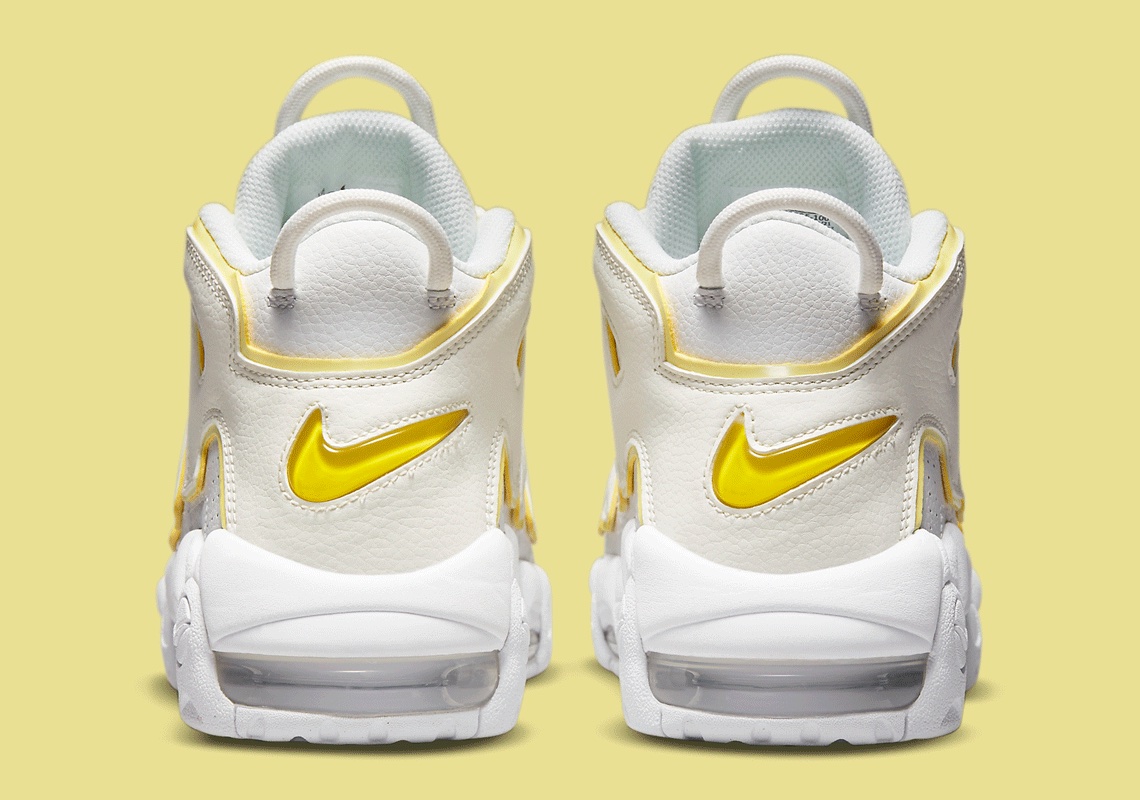 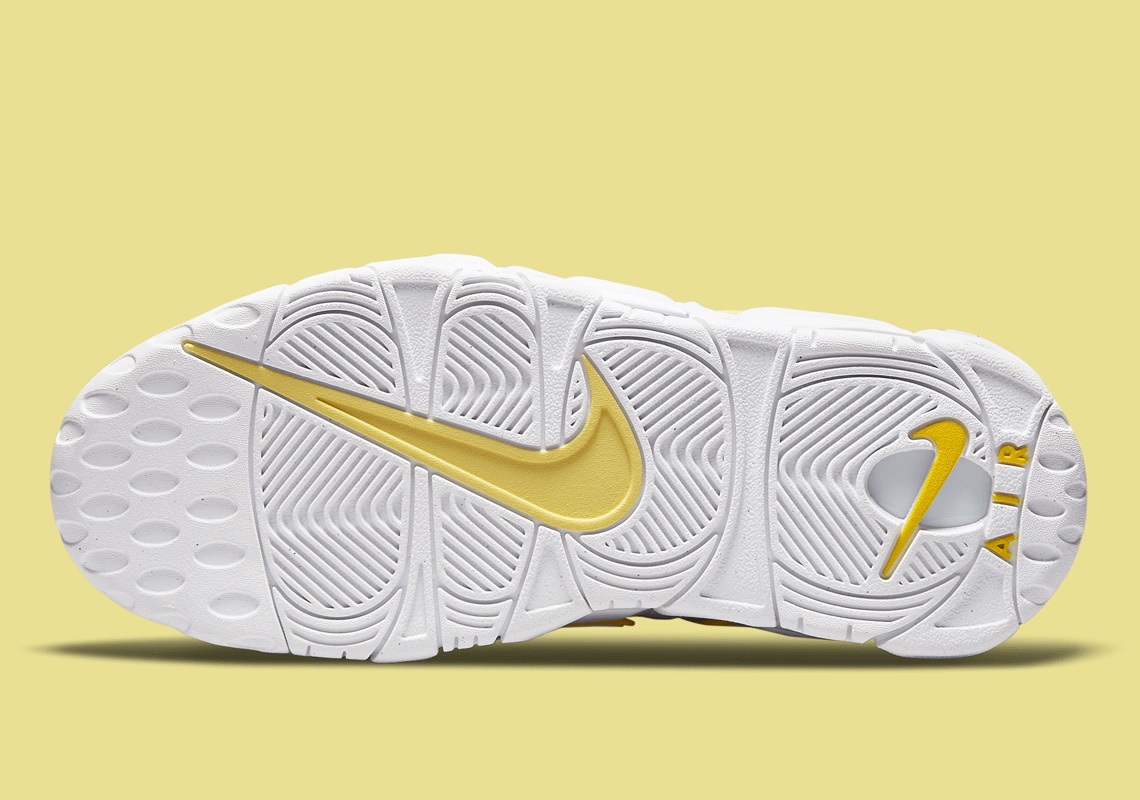 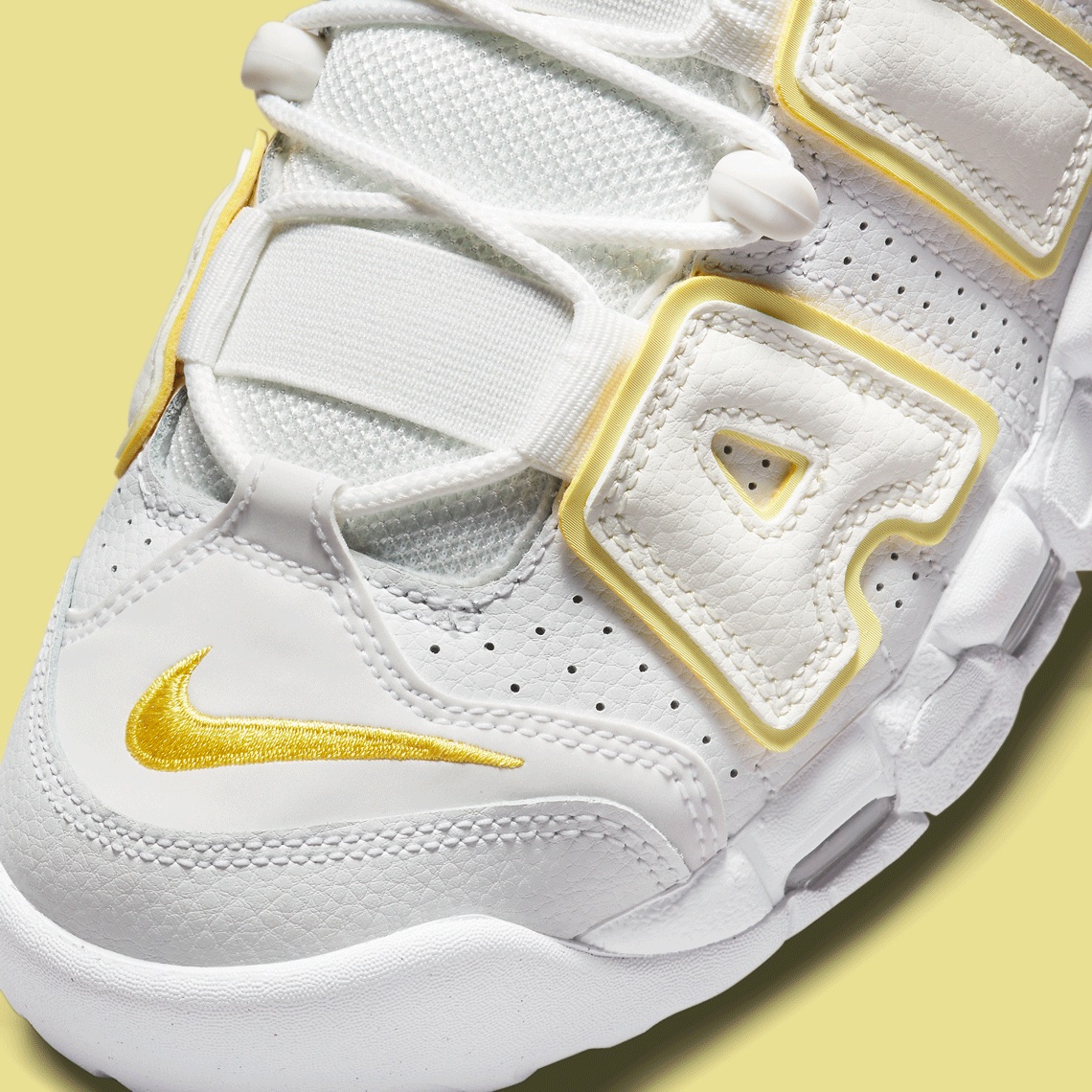 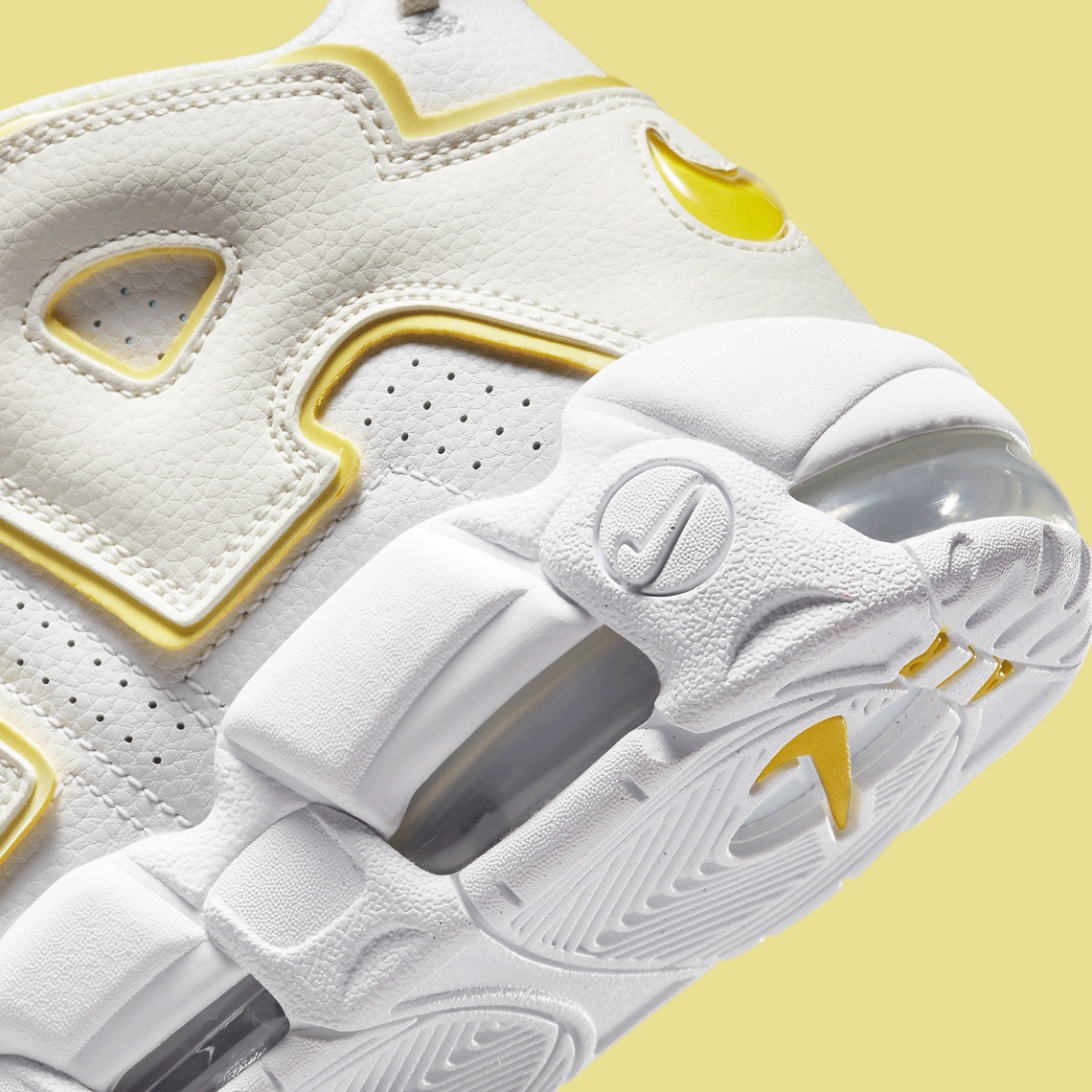