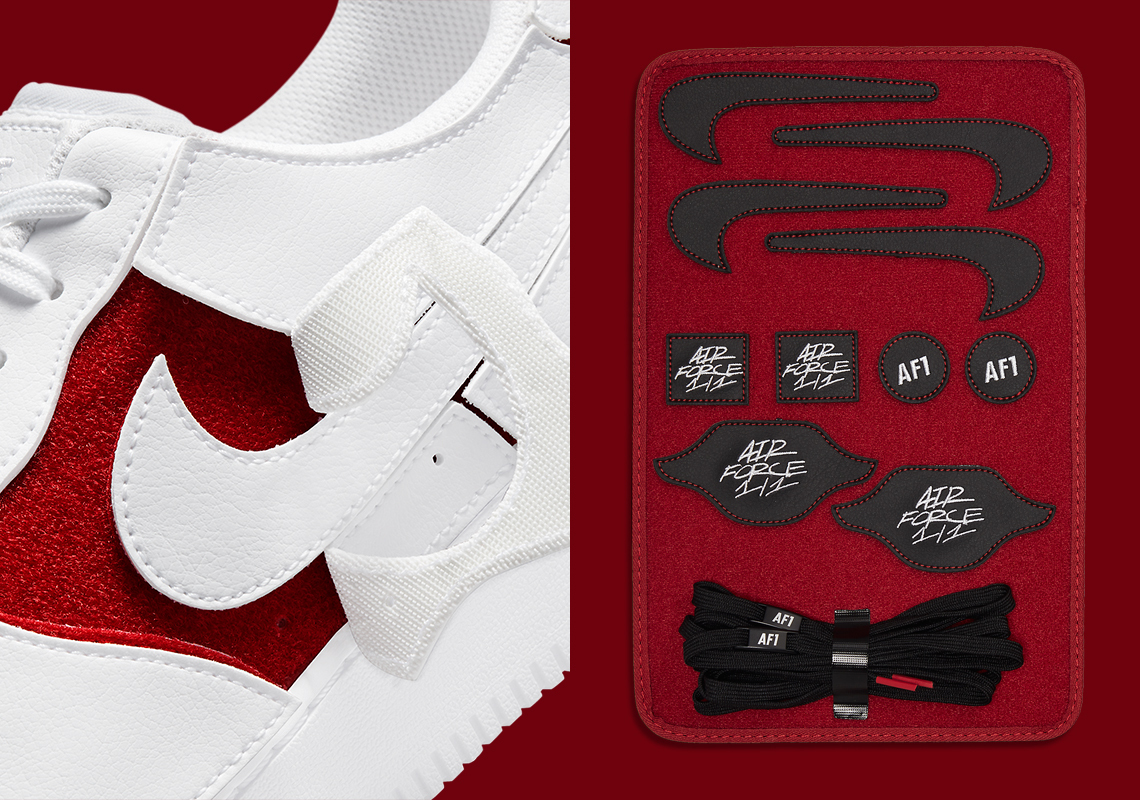 The Nike Air Force 1/1 Hides A Red Layer Underneath

While sneaker customization isn’t a new concept, many can admit that they don’t possess the artistic skills, materials, and the luxury of time to bring their design visions to life. Nike has seemingly picked up on the customization trend to craft the Nike Air Force 1/1 to allow for quick and mess-free custom looks for wearers. Only days after images of an animal print-themed pair had surfaced, the silhouette is already rolling out new colorways including a “White/Red” option.

At first glance, the pair seems to be a conventional, triple-white AF1. But a closer look reveals how the entirety of the uppers–with the expectation of the eyestays—is actually composed of white overlays atop a red velcro base. As demonstrated by the handy assembly manual included, these overlays can be removed to showcase the underlying red or swapped out for black velcro patches to create various “1-of-1” looks. These add-ons include Swooshes, two options for Air Force 1/1-branded tongue labels, and branded heel tabs—although wearers are free to place these overlays elsewhere throughout the model. A pair of black laces with red tips act as the final touch for the DIY design.

Get a closer look at the Nike Air Force 1/1 below while waiting for the pair to arrive at Nike.com in the near future.

In other news related to the Beaverton-based brand, a Travis Scott Air Max 1 could be on the way soon. 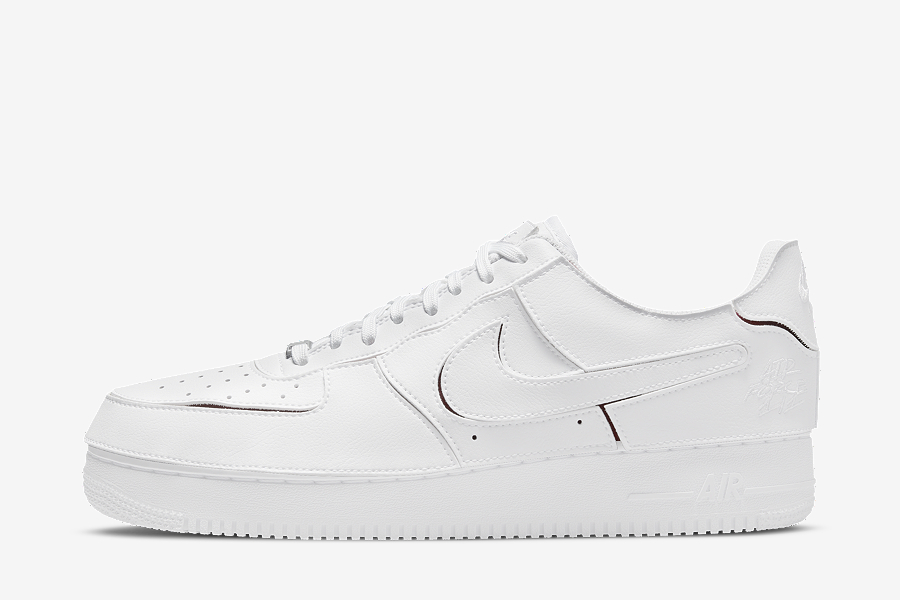 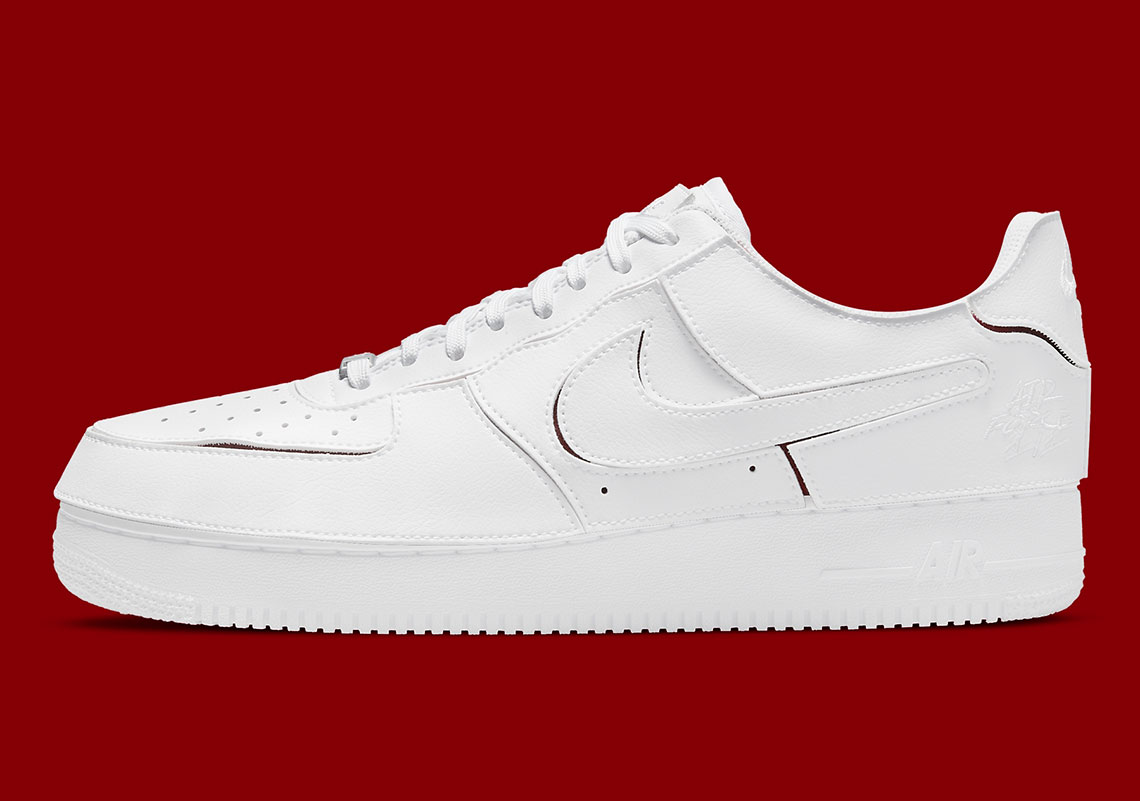 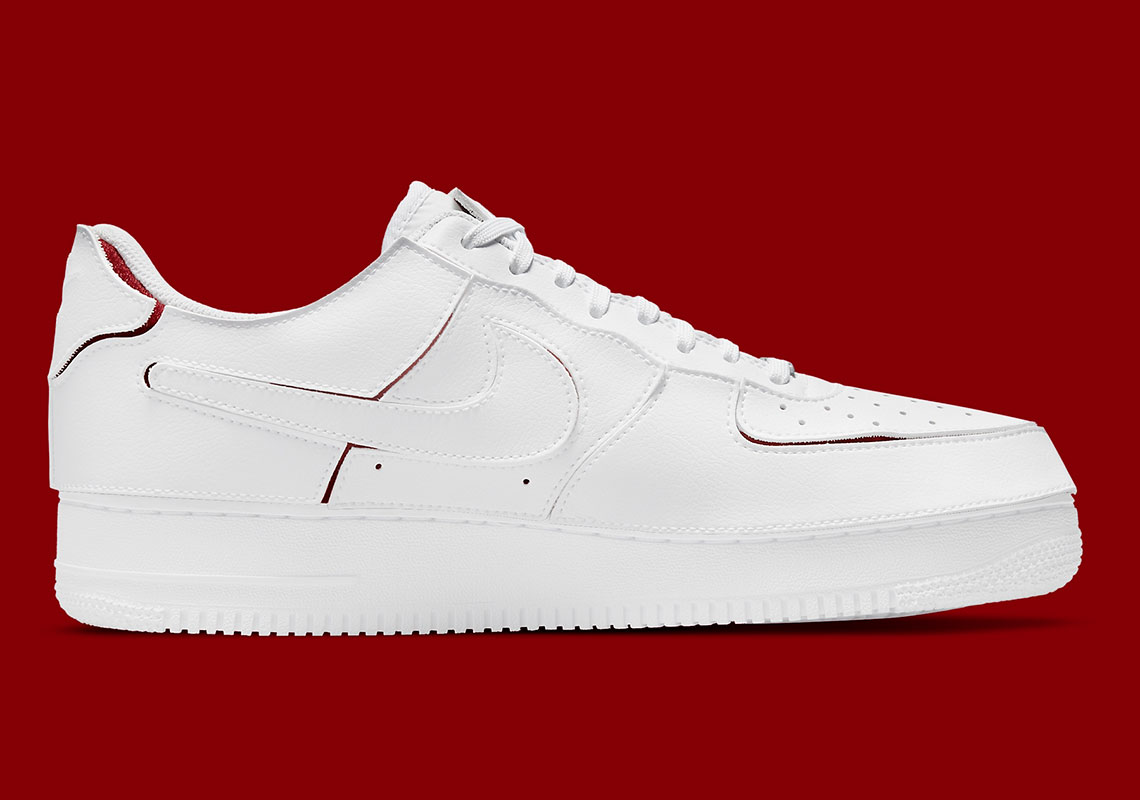 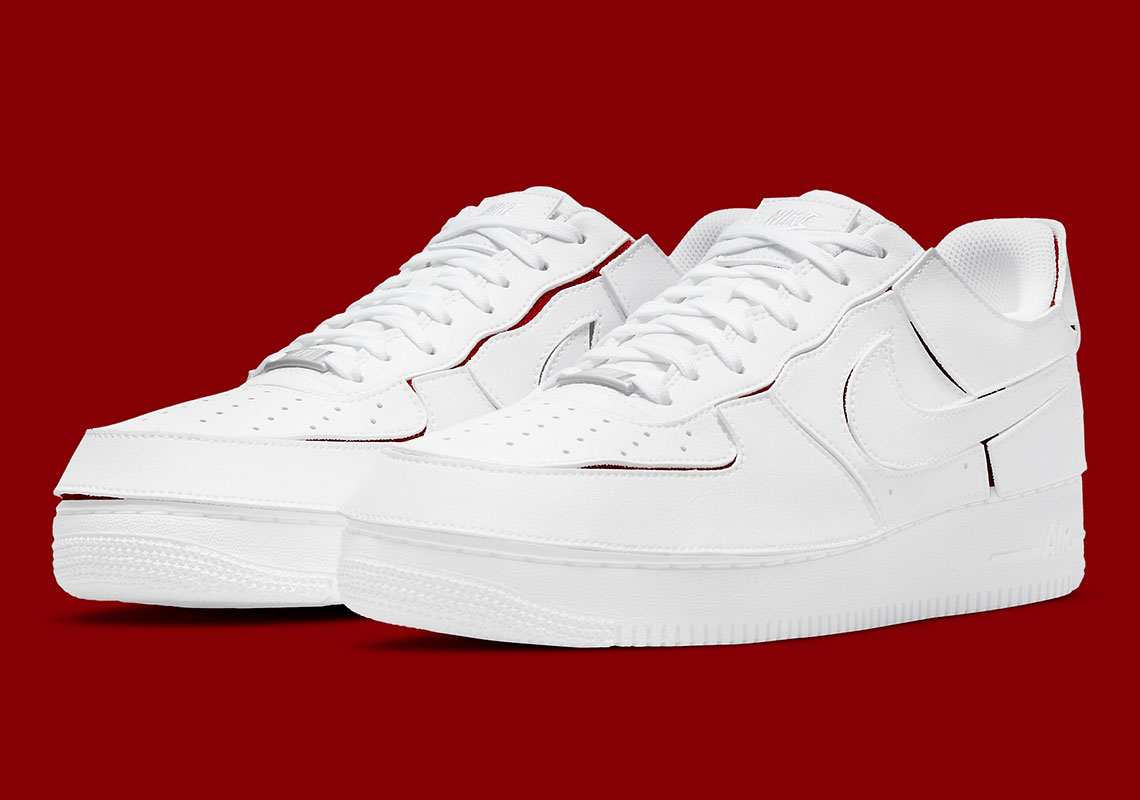 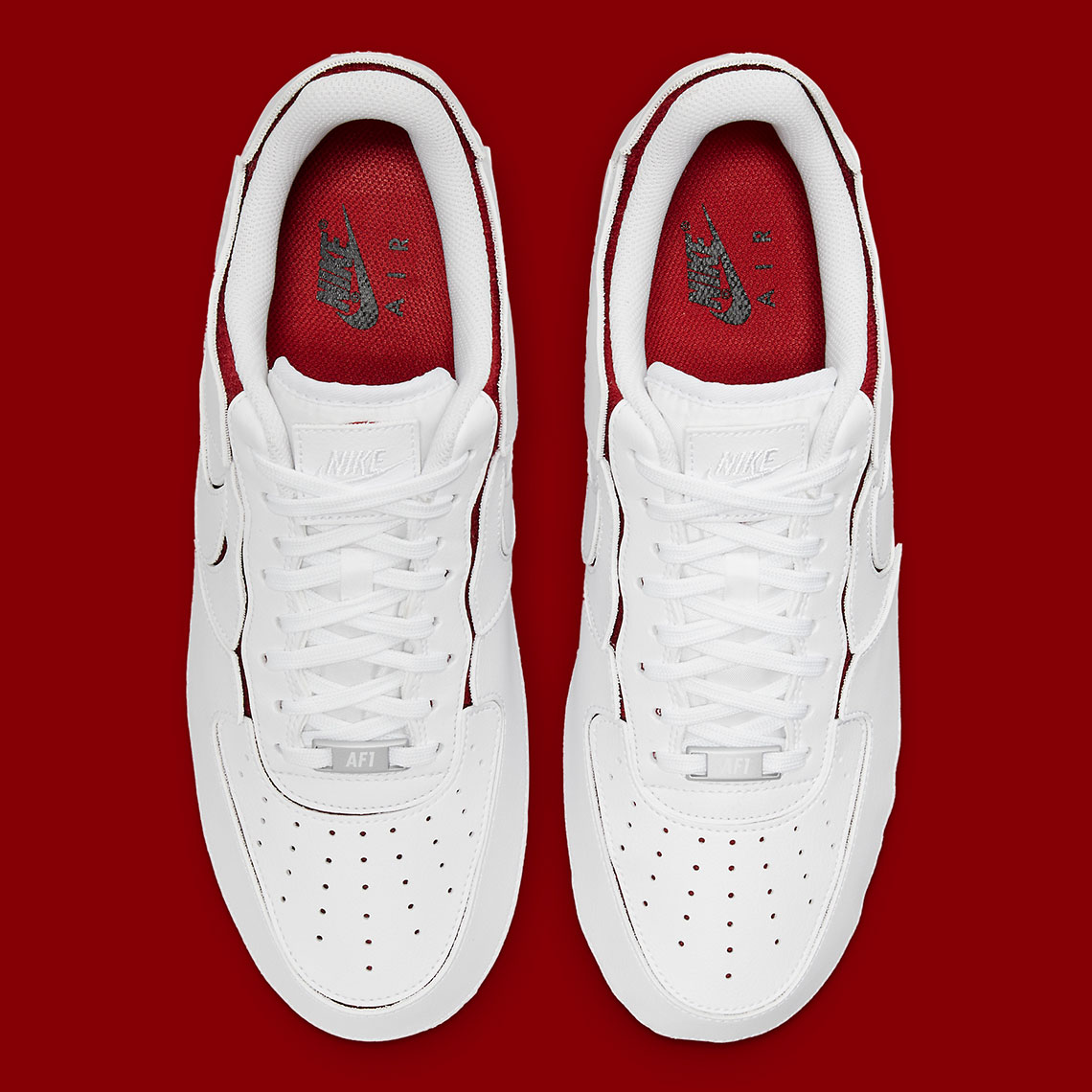 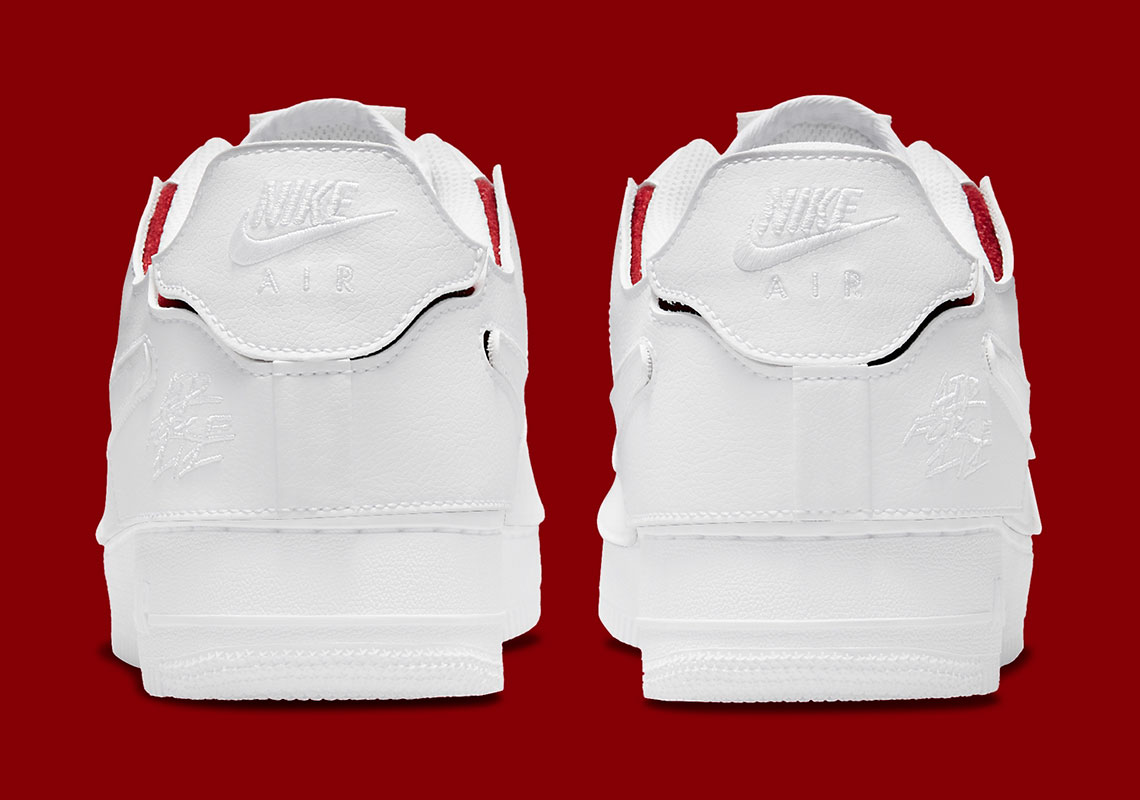 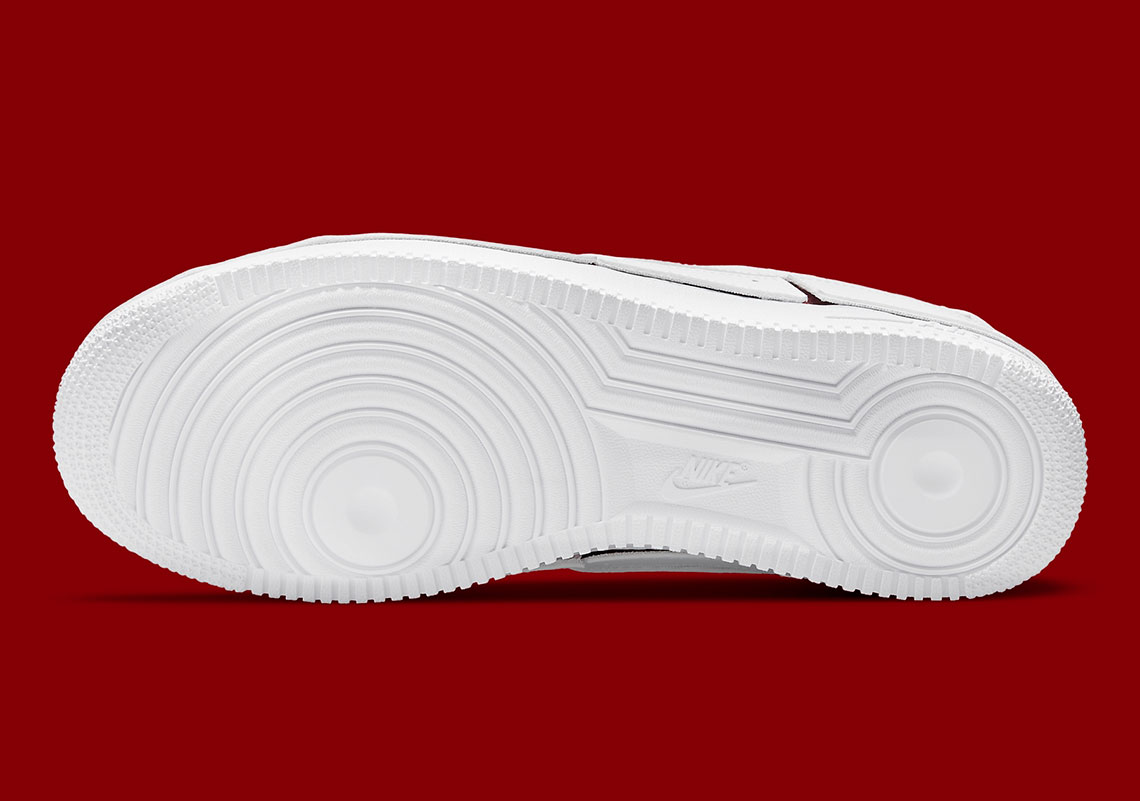 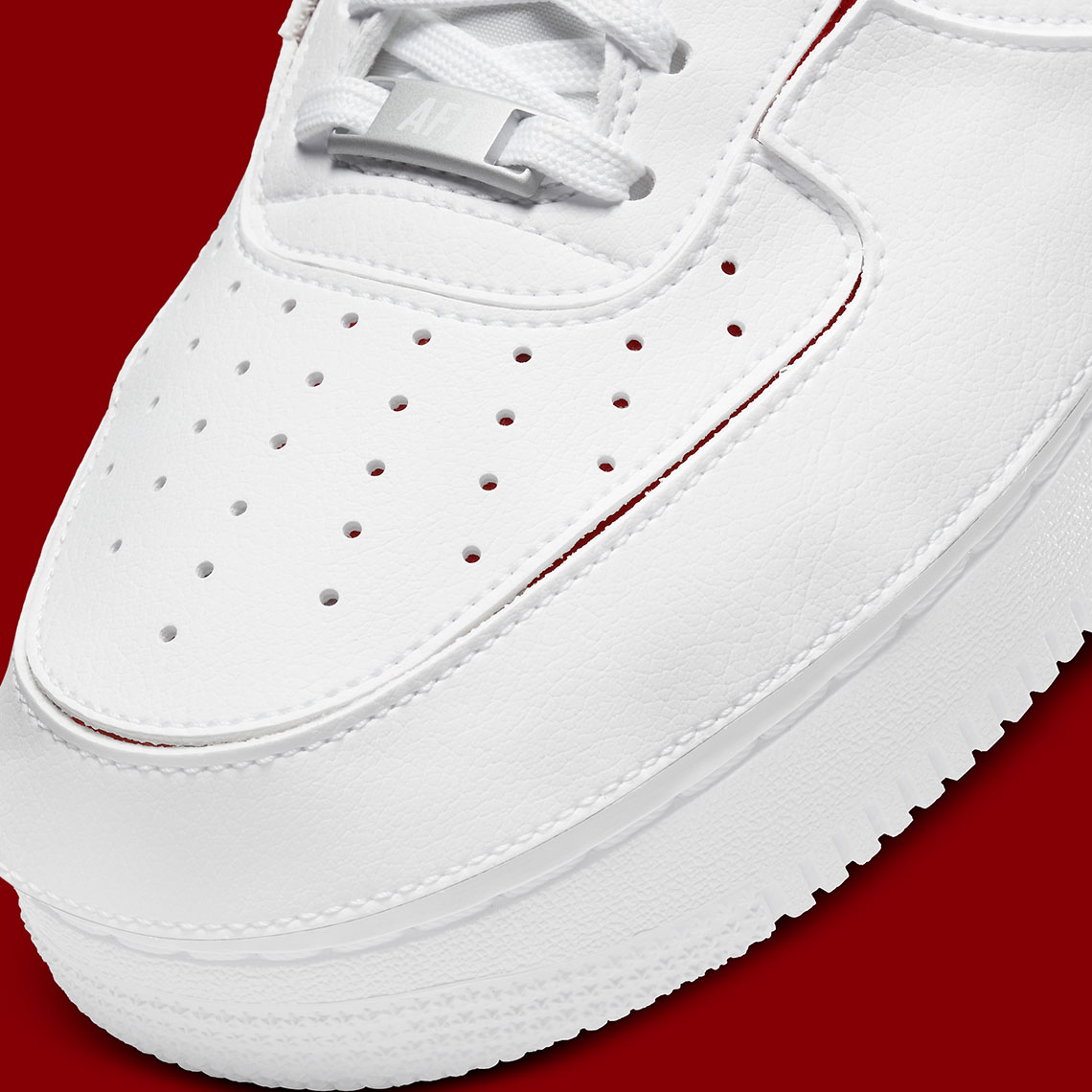 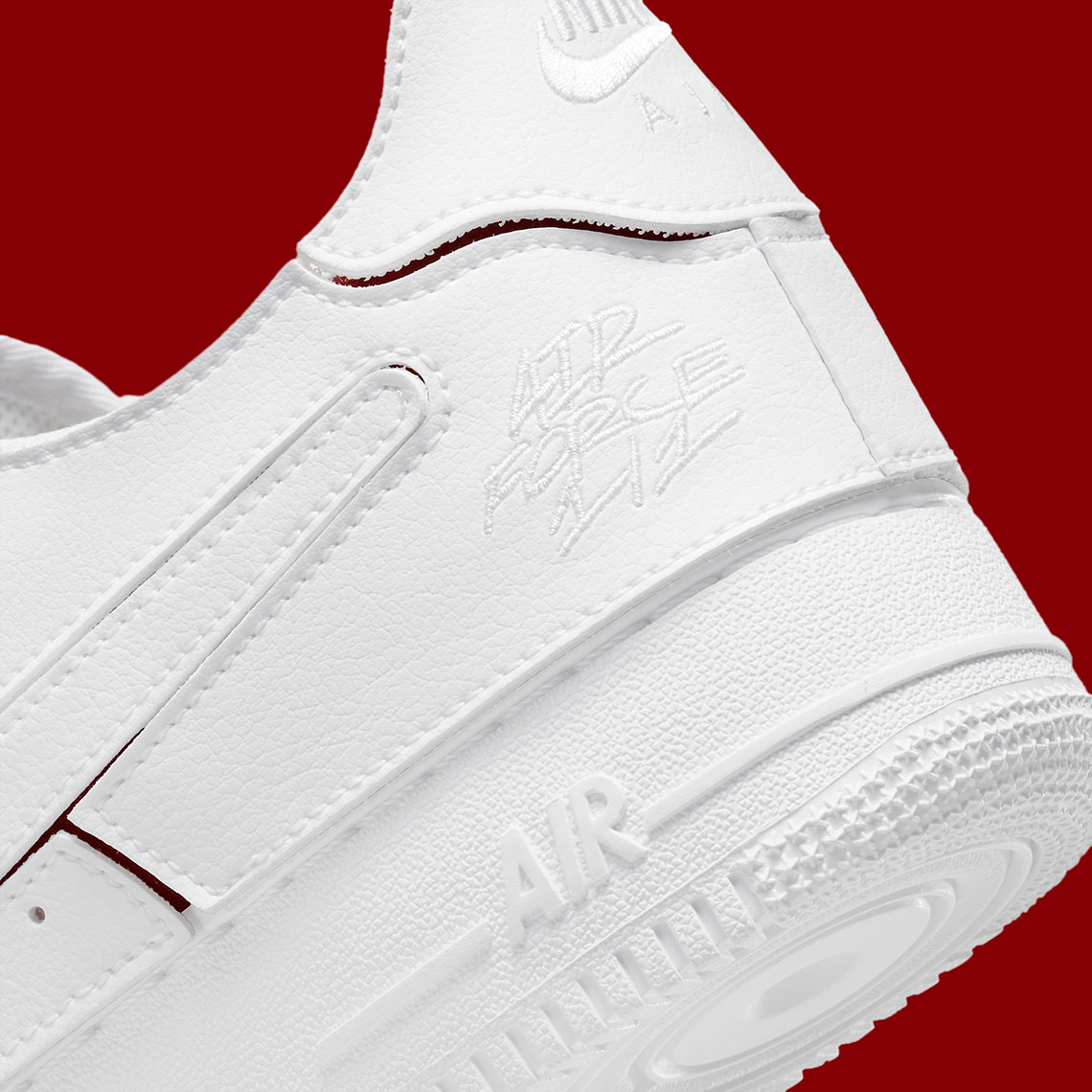 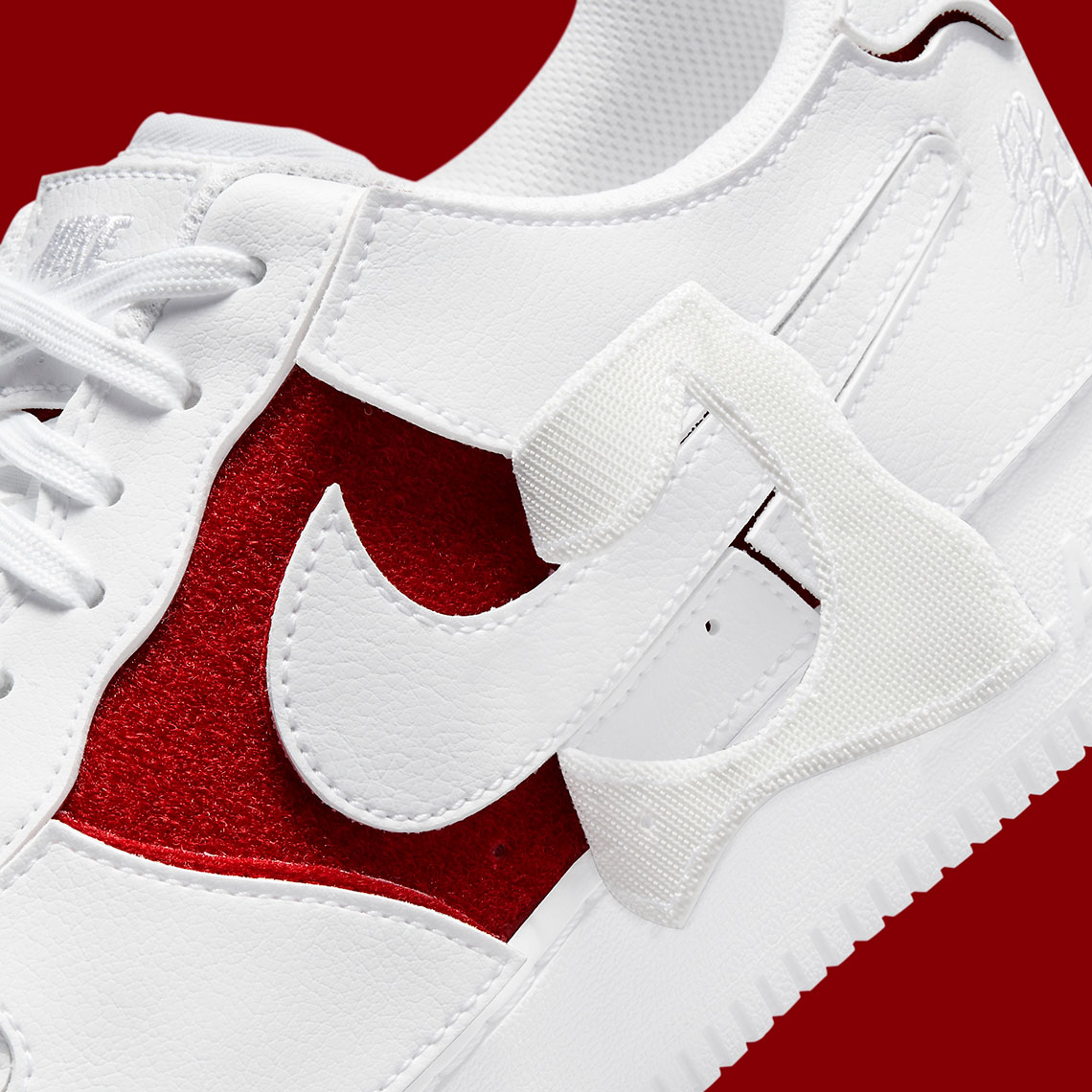 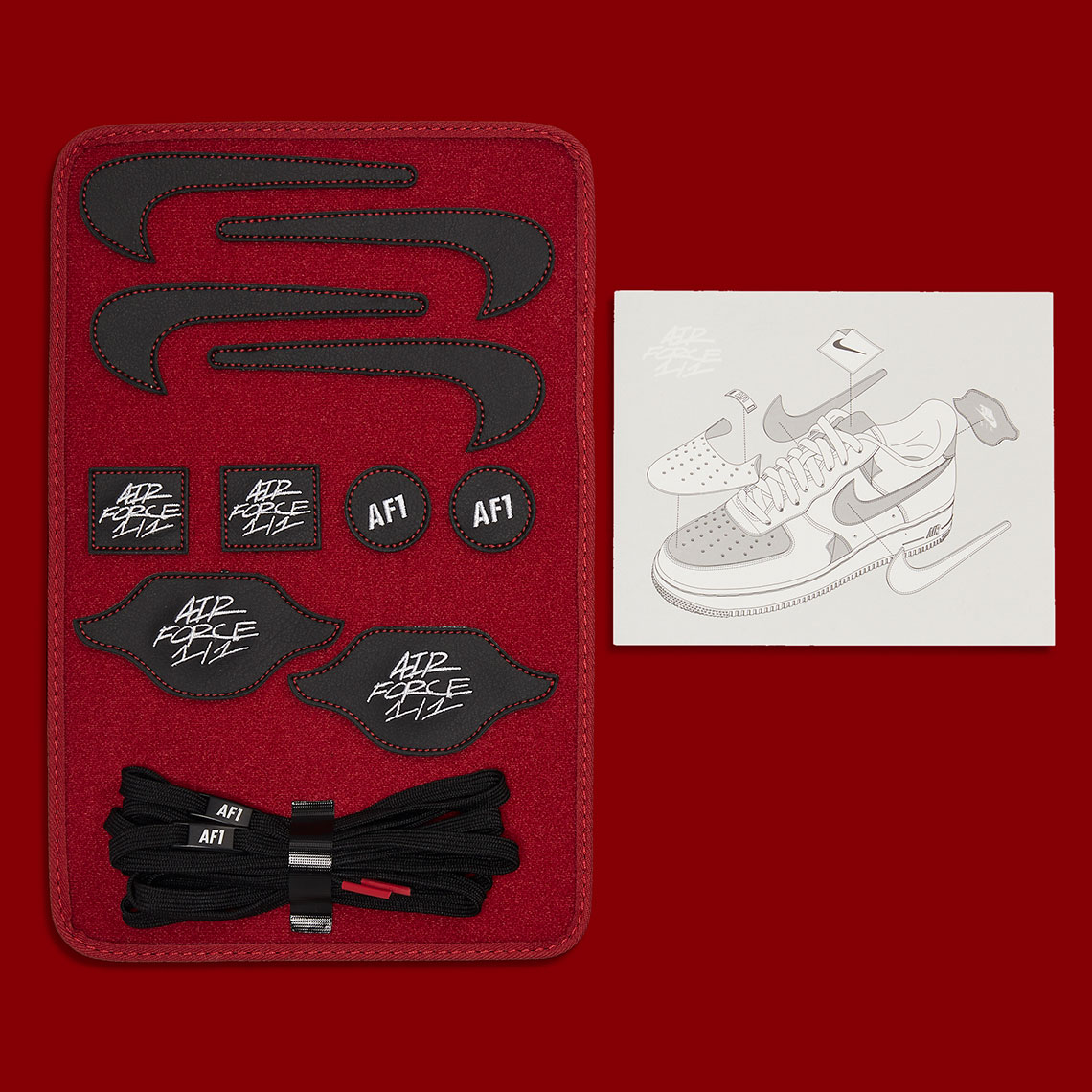