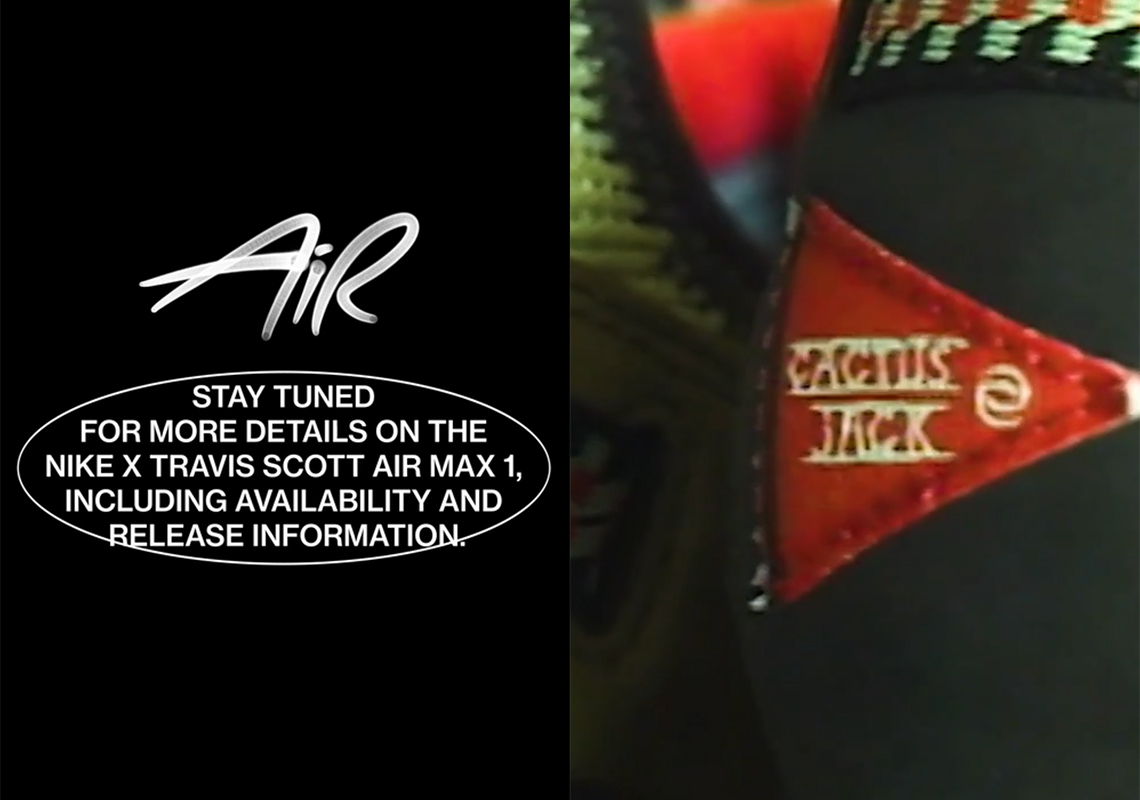 With March 26th marking the eighth overall Air Max Day observance since its founding in 2014, you can certainly expect a lot of hot drops and surprises from the Swoosh  today as they continue their “Max”-imum efforts to make Air bubbles the hot accessory of the season. And surprise they did, as the brand and Travis Scott have officially leaked their next collaboration – the Travis Scott Air Max 1. Revealed through a series of short flicks on the SNKRS App, this upcoming release captures that familiar Travis Scott essence made up by brown, earthy tones, thick rope laces, and a circus-like “Cactus Jack” banner on what appears to be the heel.  Overall, it doesn’t sound much different from the Travis Scott Air Max 270  \React, but we suspect it’ll look entirely different.

While no release information has been displayed, the final frame of the video reads “Stay Tuned for more details on the Nike x Travis Scott Air Max 1, including availability and release information”. So, it’s just a waiting game at this point, so stay tuned and see the full video on  SNKRS here.