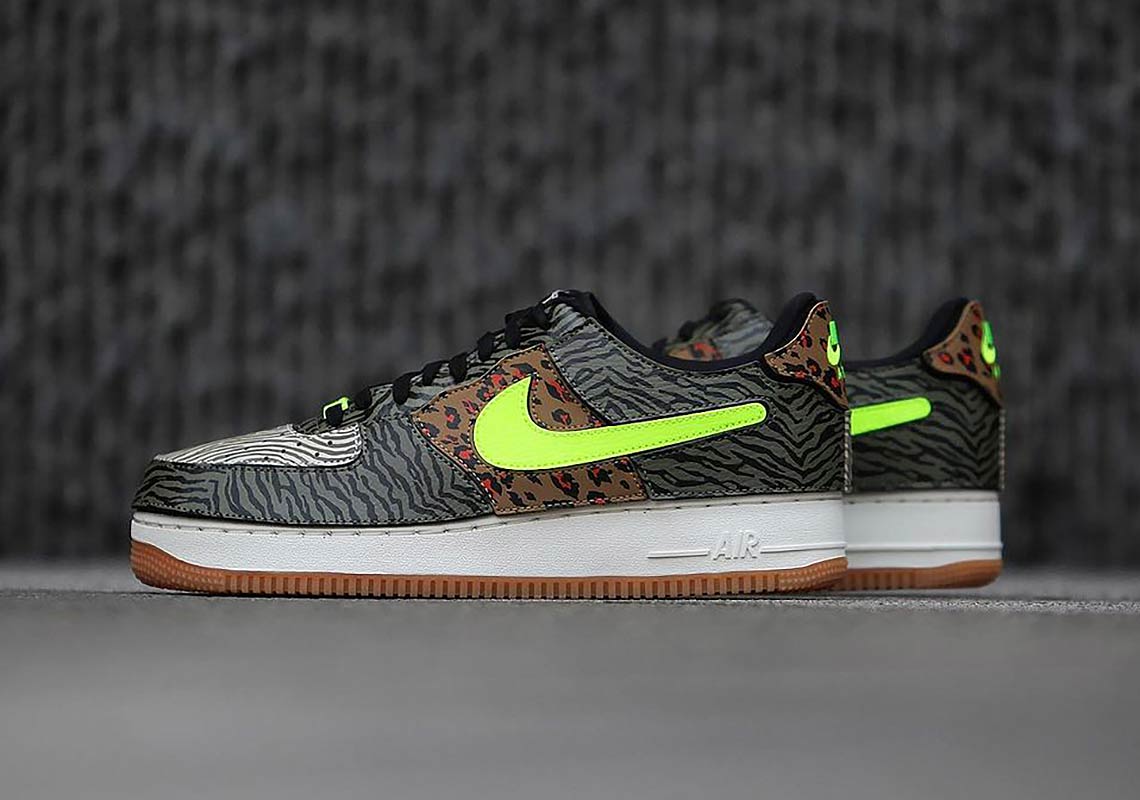 Newly introduced, the Nike Air Force 1/1 takes the beloved icon and turns it modular. Every one of the exterior panels can be removed and replaced, with multiple options arriving right in the box. And following a rather simple, colorless debut, it seems the model will soon embrace its “Animal Instinct” through a number of vivid patterns.

The overlays — i.e. the eyestays, toe cap, and counter — are kept rather muted. Superimposed with tiger stripes, each bears an ostensibly camo-inspired black and green that contrasts heavily against the adjacent features. And though quite stark in its difference, the Zebra prints along the forefoot and rear keep up this neutral execution with black and grey shades. But elsewhere, vivid colors begin to come into play, with “Volt” dyeing both the side Swoosh as well as the branding along the tongue and heel tab. What’s more, the latter as well as the mid-panel match one another in their use of Cheetah, a graphic that pairs brown, black, and deep reds.

For a look at this upcoming Air Force 1/1, see the images below. A release should hit Nike.com and select retailers soon.

In other news, the Air Max 90 Bacon is finally releasing this week. 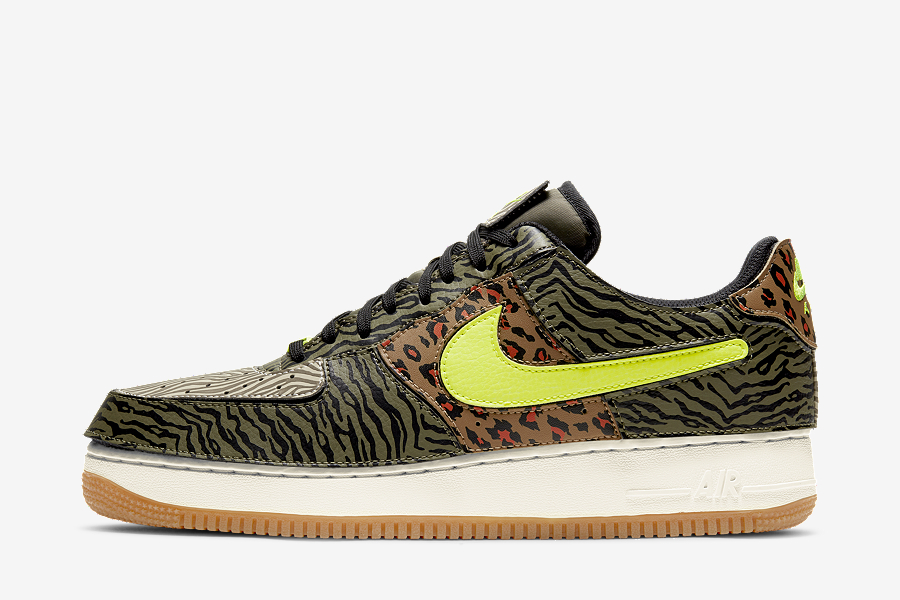 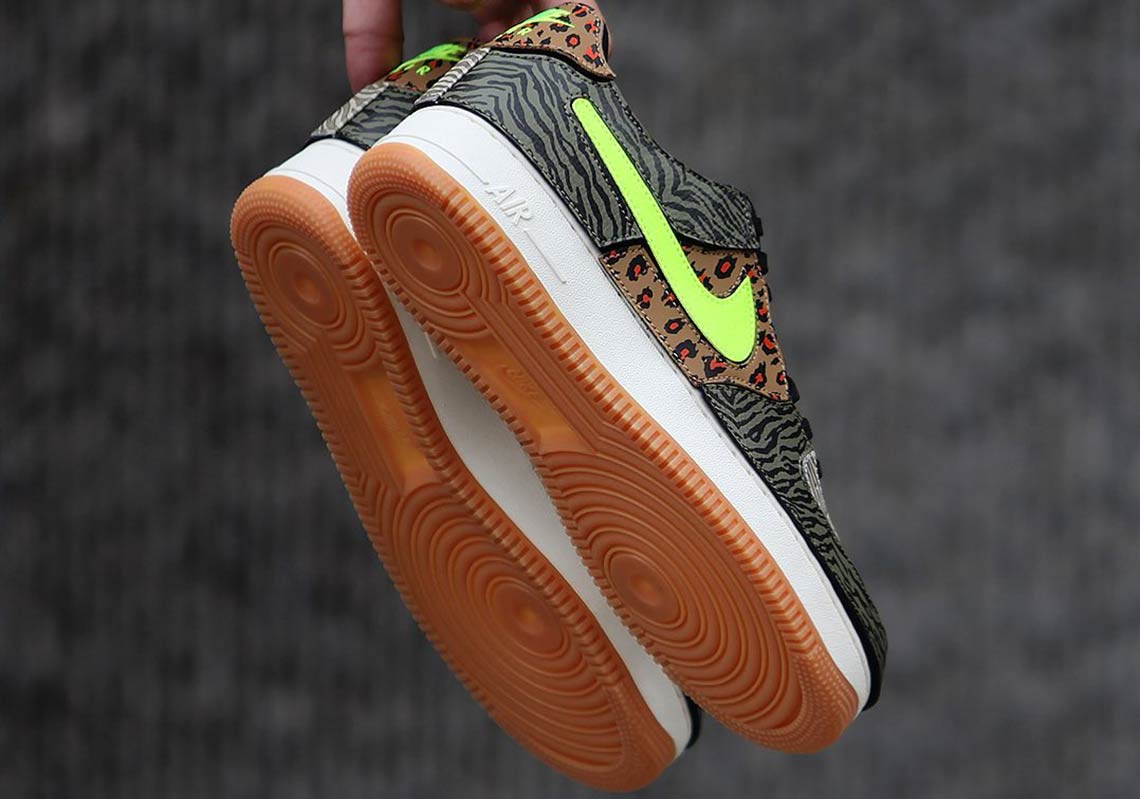 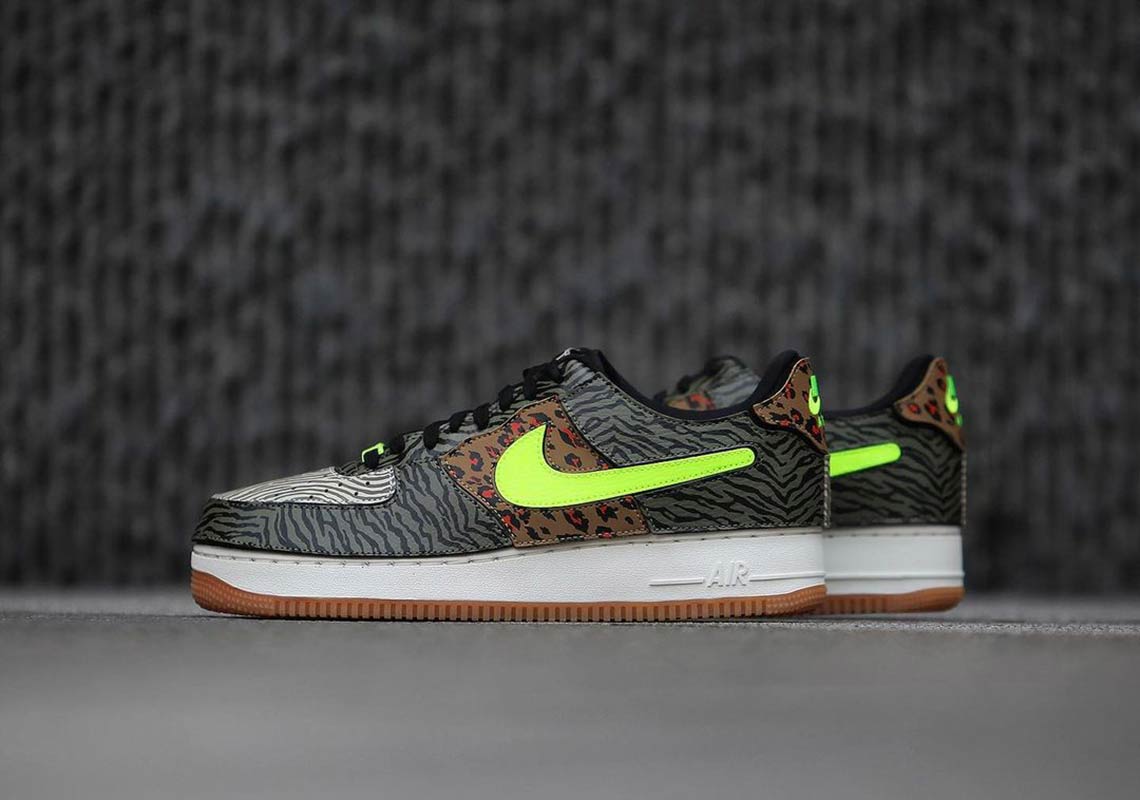 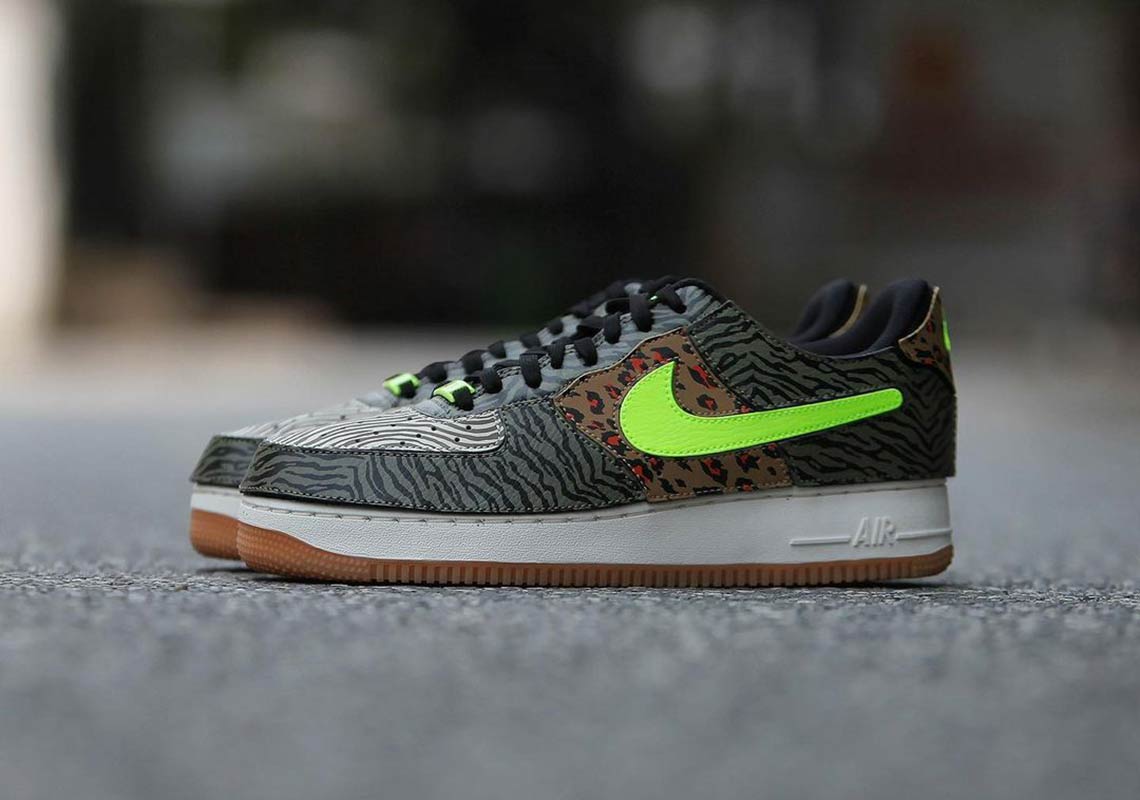 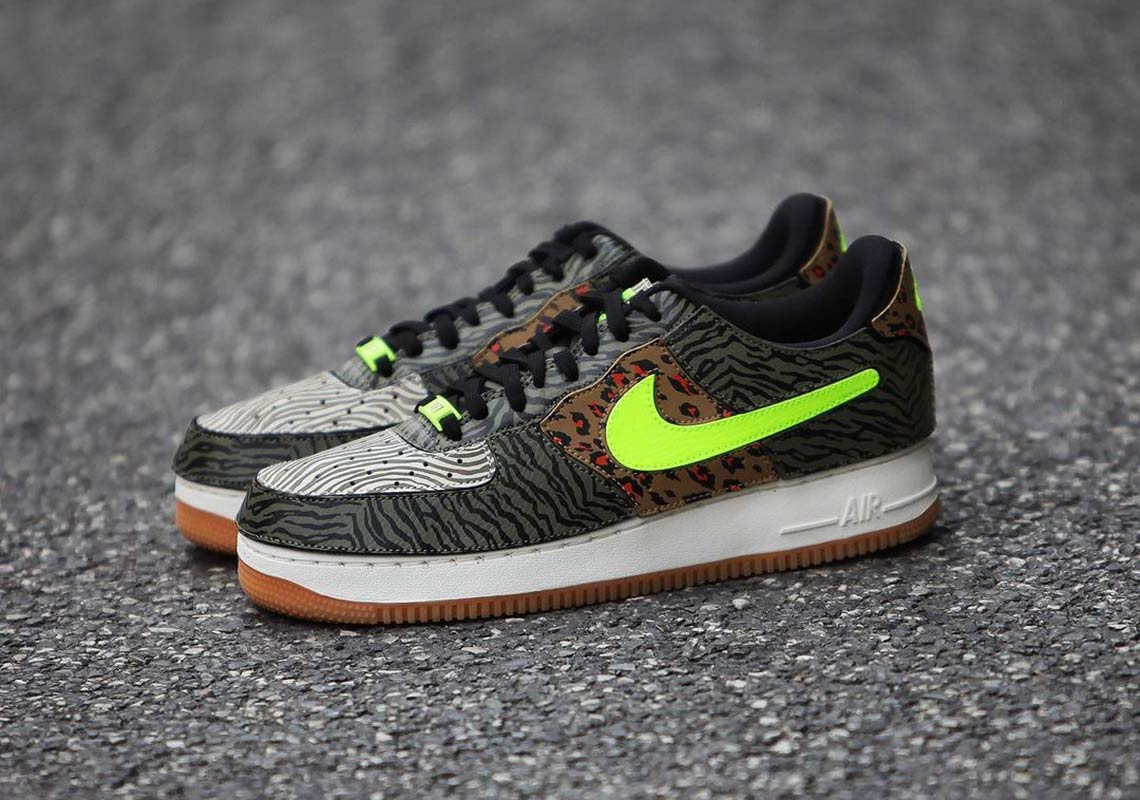 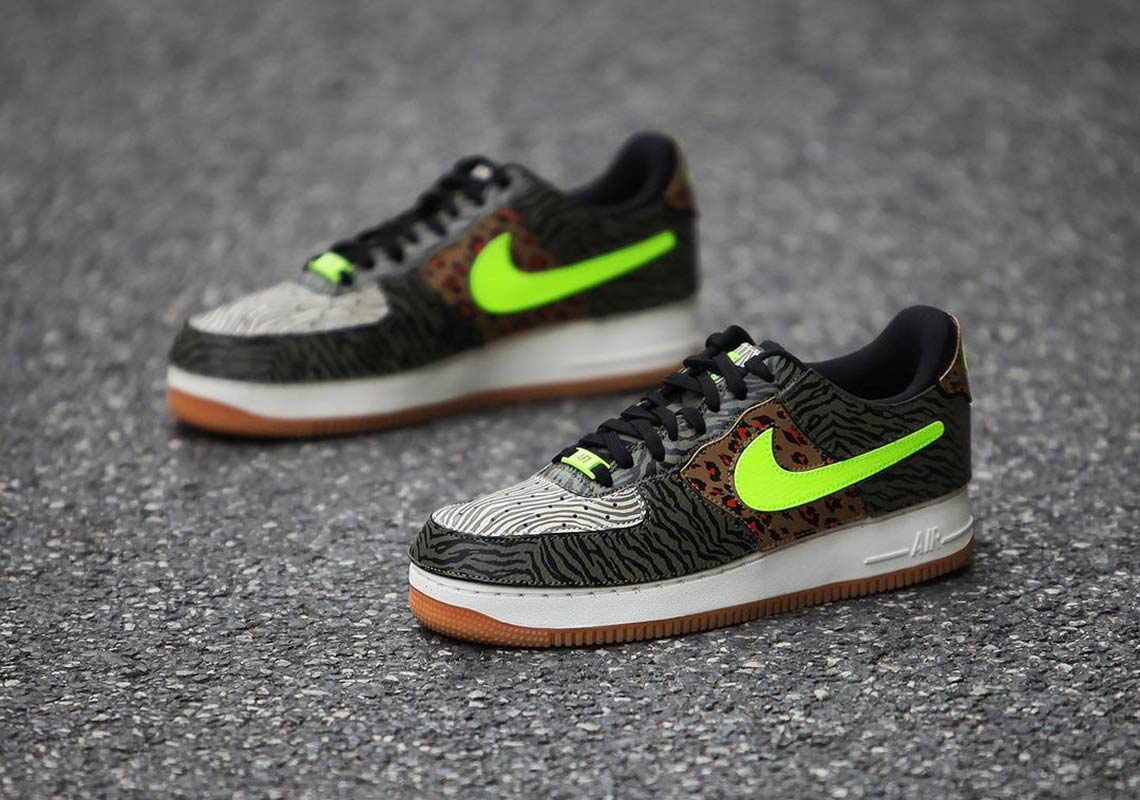 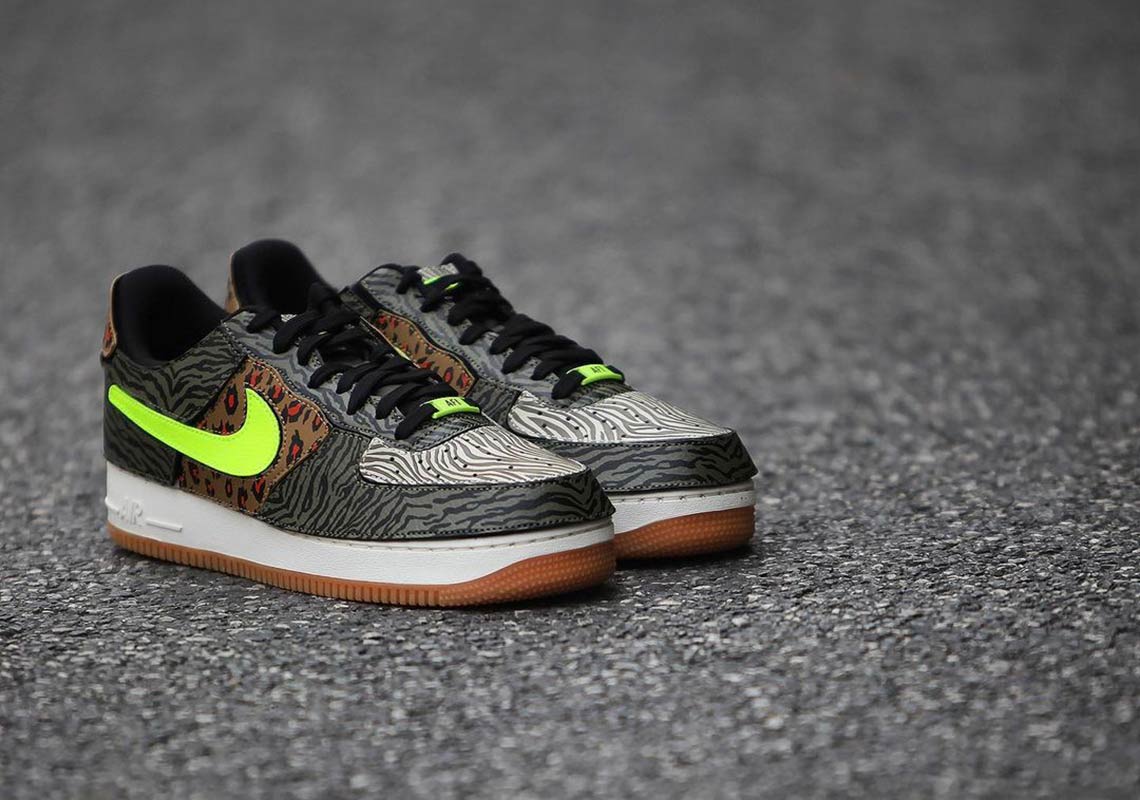 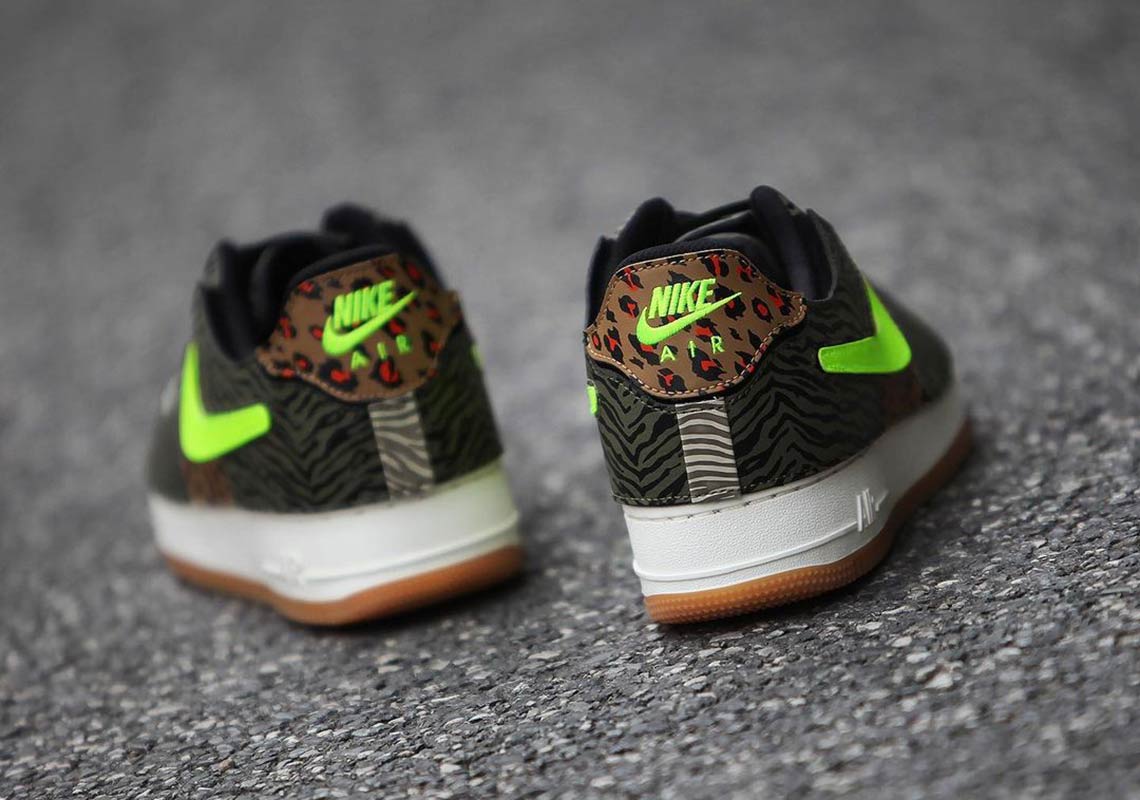 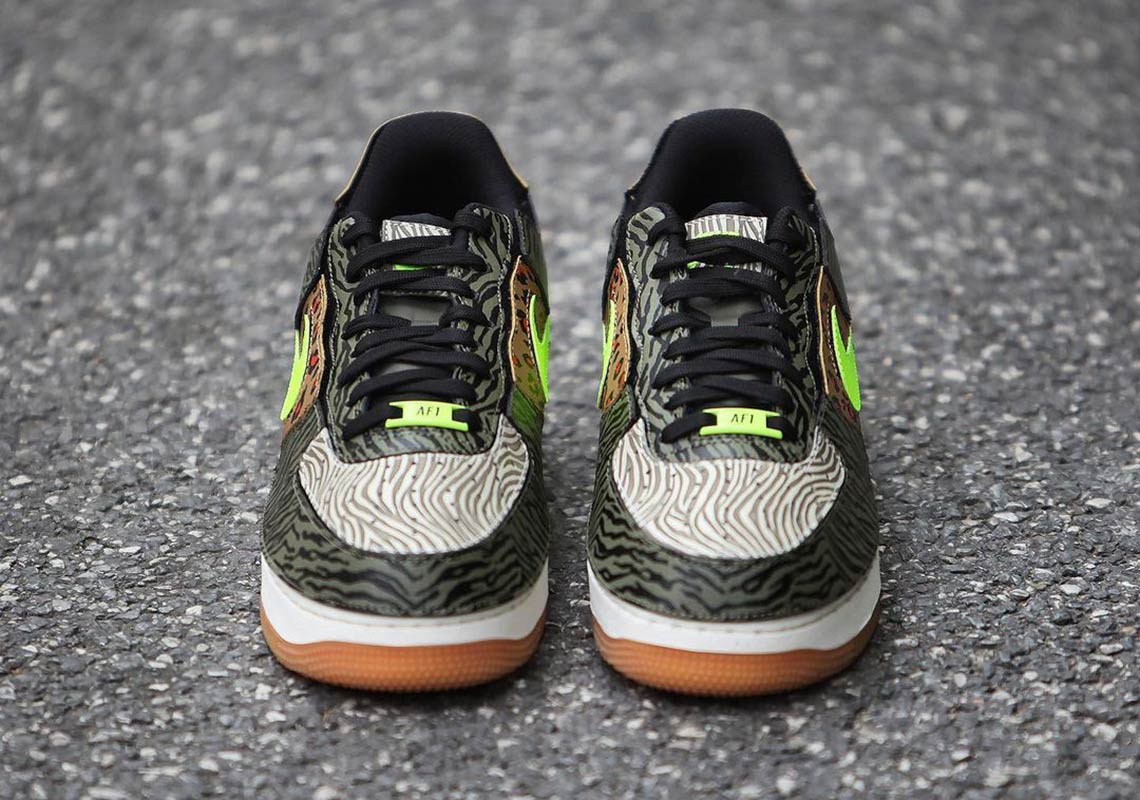 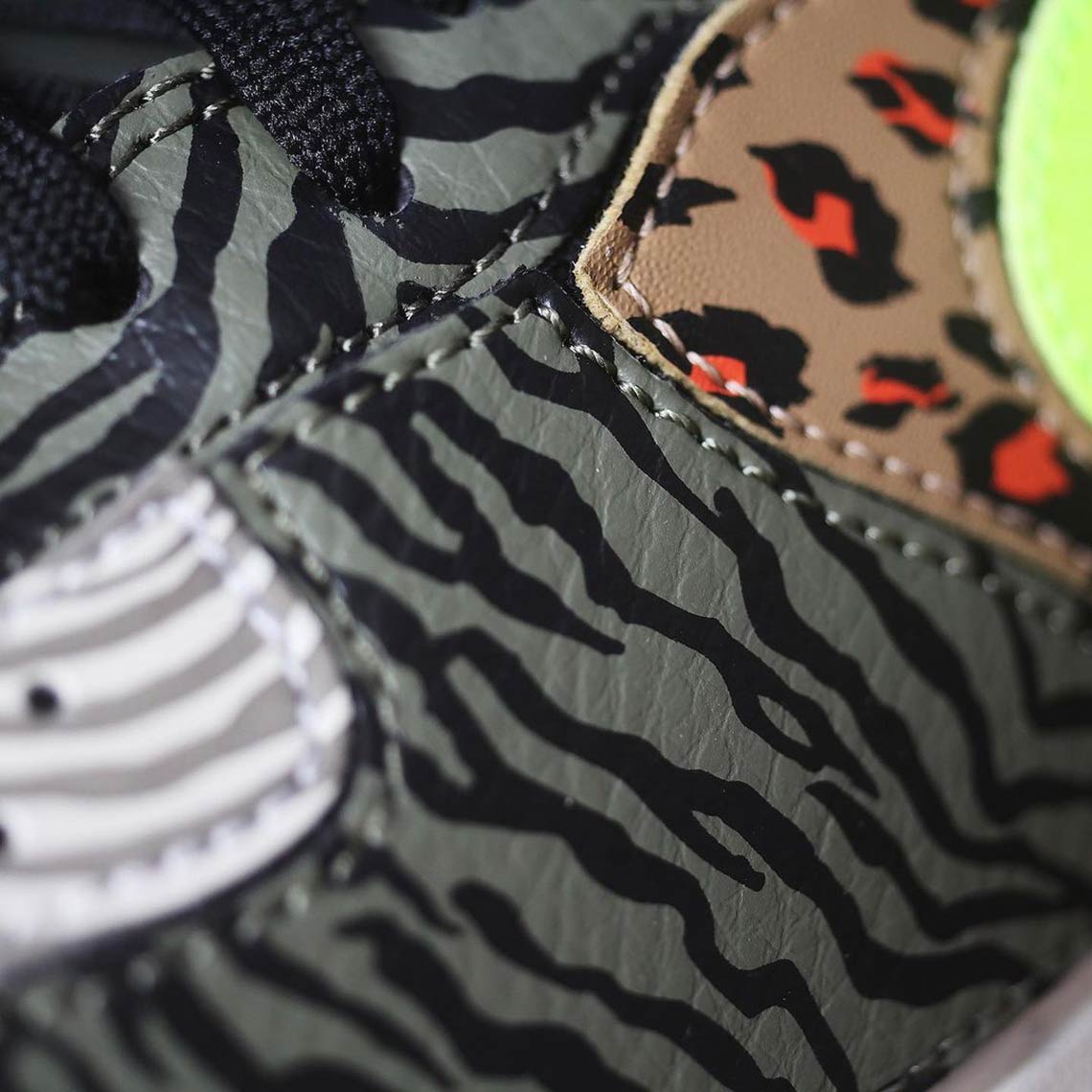