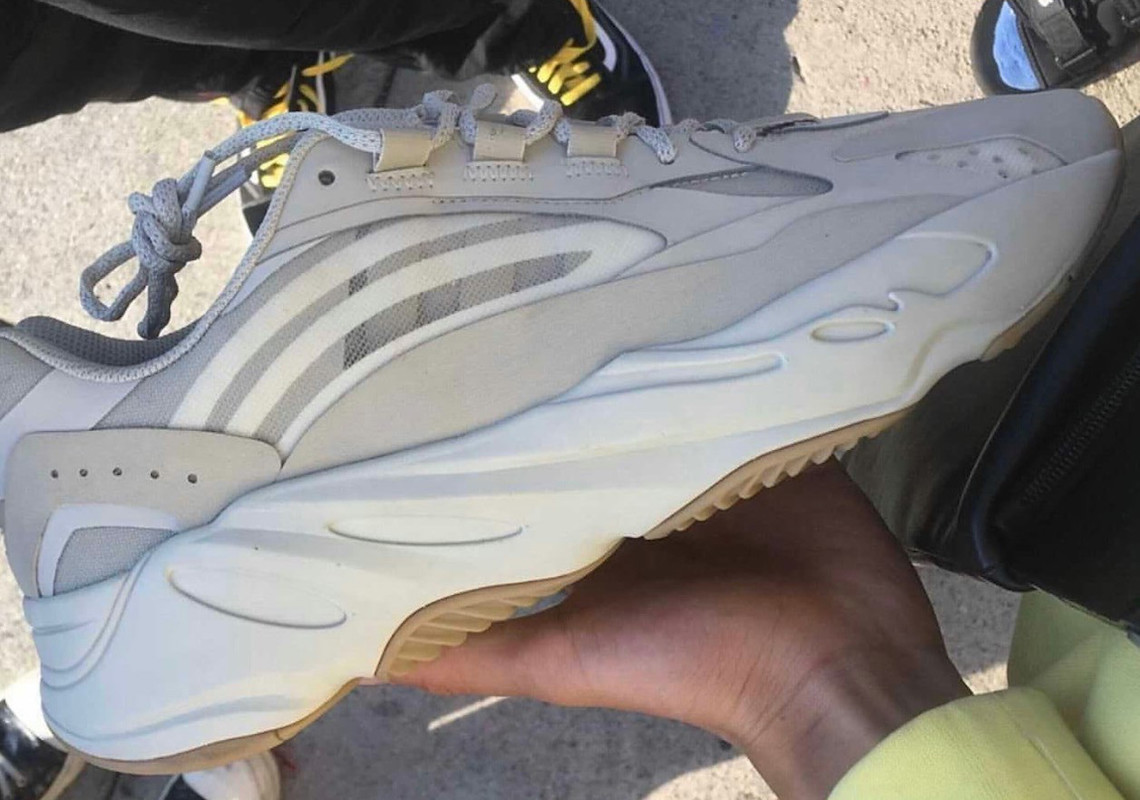 After sporadic releases throughout the first two months of 2021, adidas Yeezy closed out March with a handful of drops, including the debut of the long-teased Yeezy 450. As Kanye West’s empire heads into the second quarter of the year, it seems prepared to deliver more of what collectors want, while still experimenting with new design choices.

Having launched in a “Cream” colorway on March 12th, the Yeezy Boost 700 V2 has recently surfaced in more shades of off-white. Unlike previous propositions, however, the newly-previewed pair boasts a transparent base. Overlays across the BOOST-cushioned silhouette maintain their traditional curved shapes, but the textile underlay has been replaced with a synthetic. Perhaps taking a note out of the Prada Luna Rossa 21‘s book, the new material may be adidas‘ innovative PRIMEGREEN, which delivered 50%+ recycled construction without sacrificing durability to the aforementioned sailing shoe. With the attention given to the Yeezy Foam Runner, it’s obvious Mr. West wants to participate in the sustainable footwear space, and this forthcoming “dad” shoe may be the next step in doing so.

Enjoy a brief look at the new Yeezys here below, and hold tight for updates.

For more from the Three Stripes-backed unit, check out the Yeezy 1020 “Orange”. 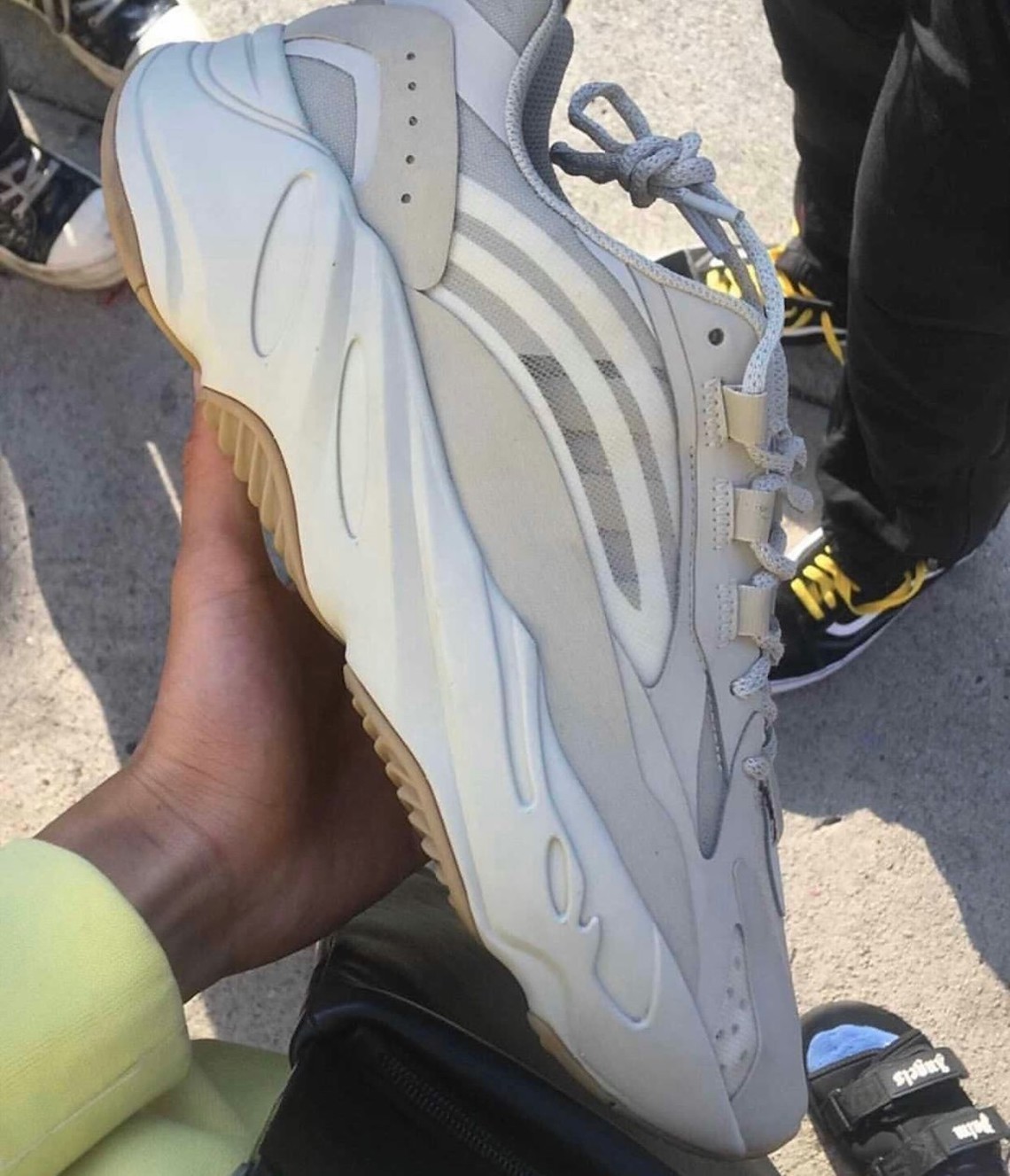