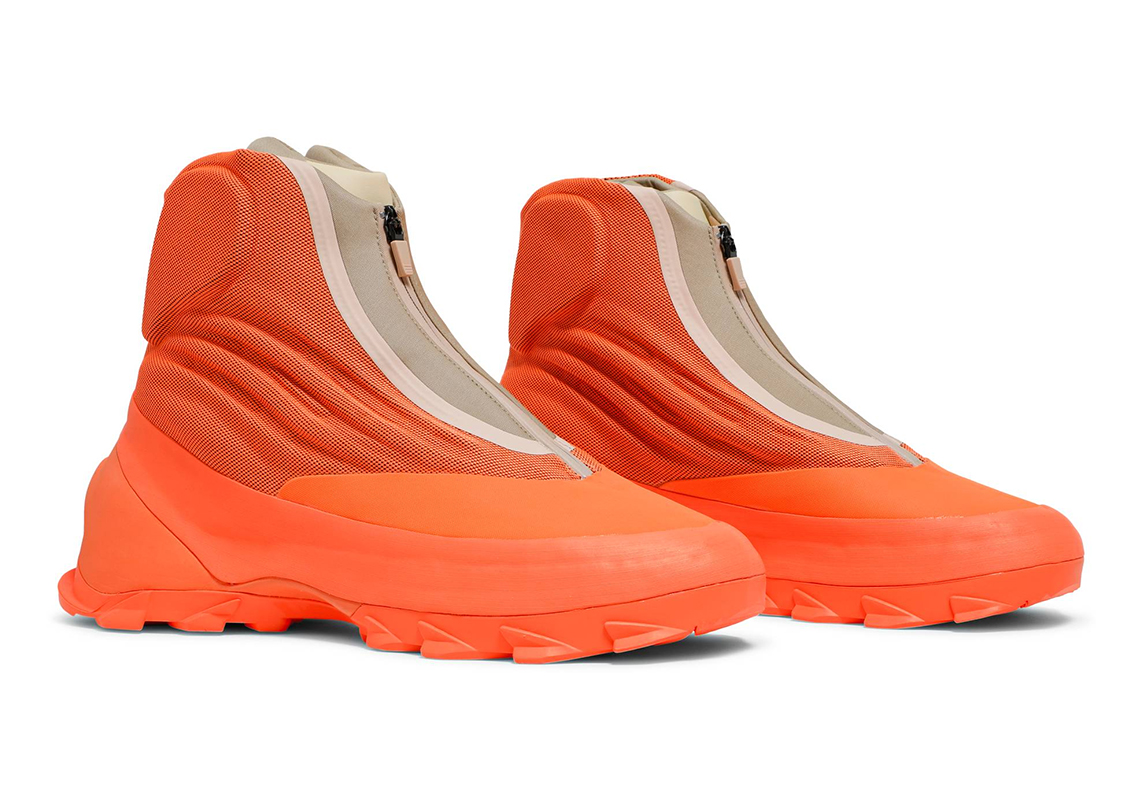 Though certainly not as well-received as, say, the 350 v2 or the 700, Kanye West‘s line-up of boot silhouettes definitely had their own following as they seamlessly blended with the artist-turned-designer’s mainline Yeezy collection. And now, after finally setting up his own HQ in Wyoming, West is trying his hand yet again as reveals of both the Yeezy 1020 and Yeezy 1050 V3 can attest.

The latter, though certainly nothing new, has just been updated like that of the aforementioned 700; but while this would usually bring about sweeping overhauls, the 1050 v3 seems to appear as it did prior, a militaristic frame treated to on-brand neutrals. Here, the upper is coated in a dark, subtly earth-tinted grey that turns light as it hits the laces and tongues as well as the entire bottom half. Toe caps sweep back towards the heel in this brighter shade, bringing along the sole whose outsole extends just a bit farther out than it would ordinarily.

In departure, the 1020 seems far more involved, built with a language visually reminiscent of the rest of the Yeezy umbrella. Side profiles, which deliver ballistic-like textures and neon orange hues, are sculpted with arc’d lines and circular molds in a fashion somewhat similar to the Quantum. Elsewhere, the tooling contrasts just a bit brighter as it takes up a good deal of the model’s bulk in its trail shape. Then, to finish, the midfoot is fastened with a waterproof zipper up to the heavily padded tan tongue.

Grab a detailed look at both offerings right here and expect to learn more about their release hopefully soon. 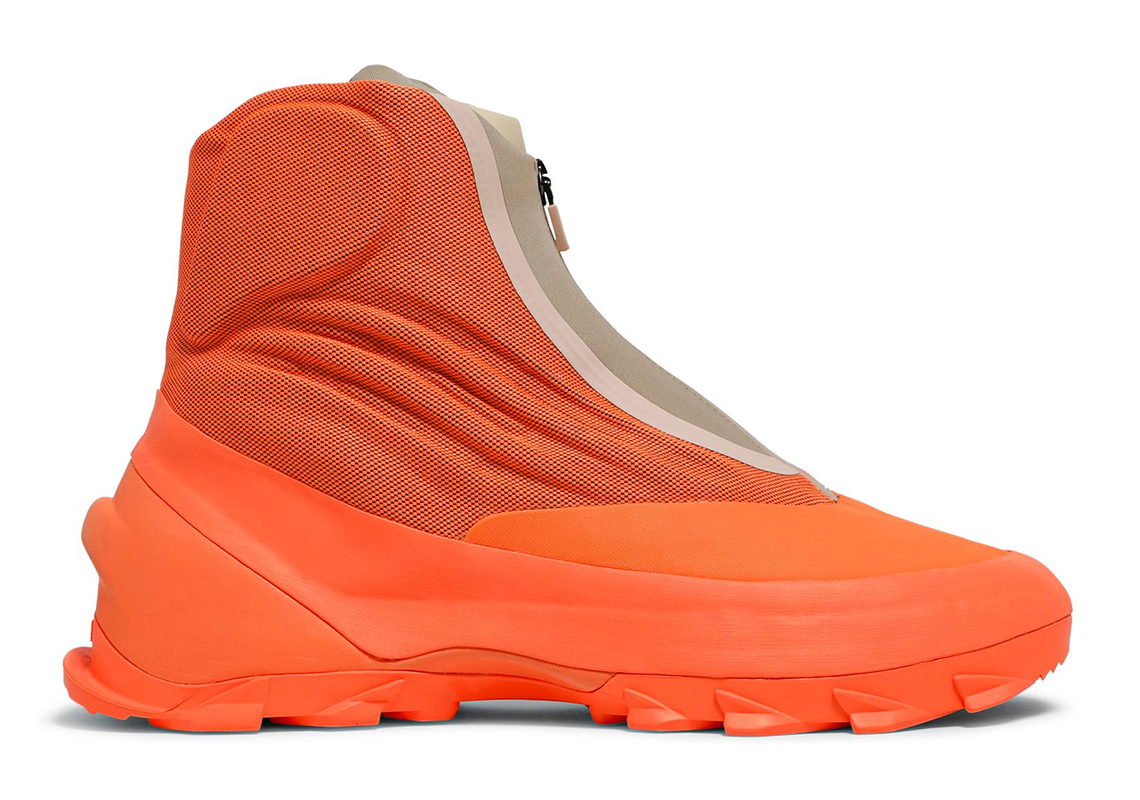 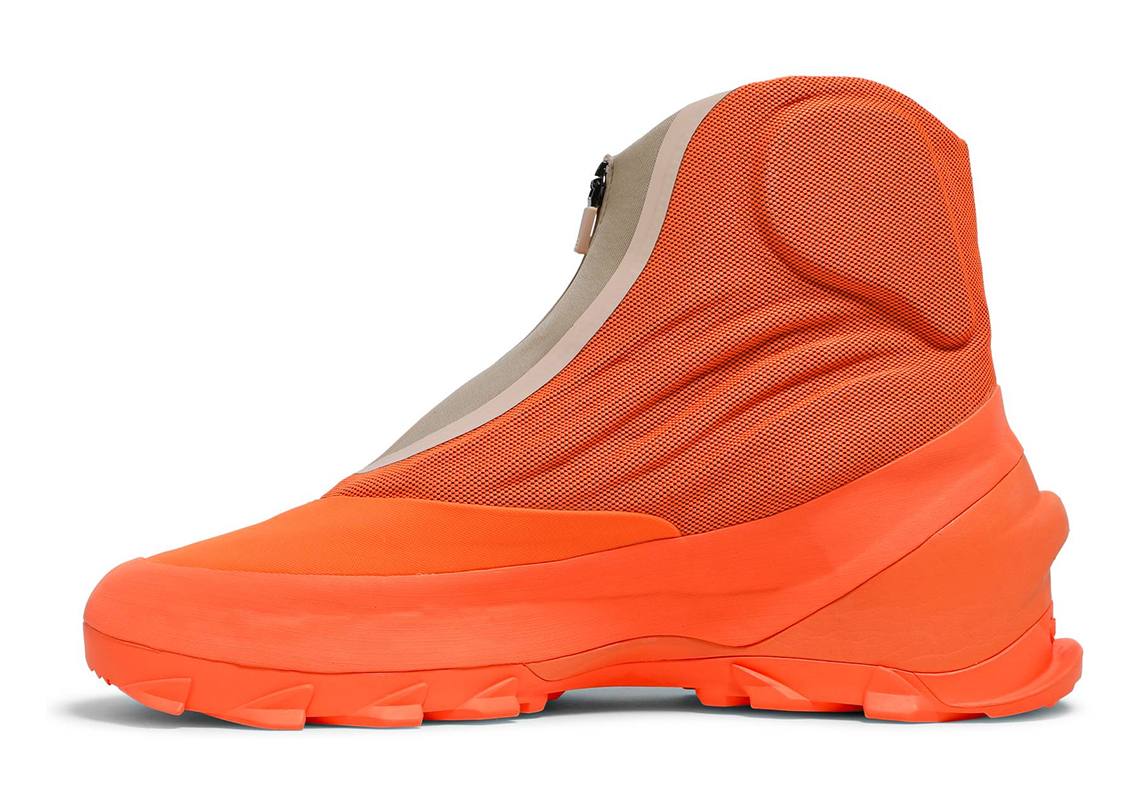 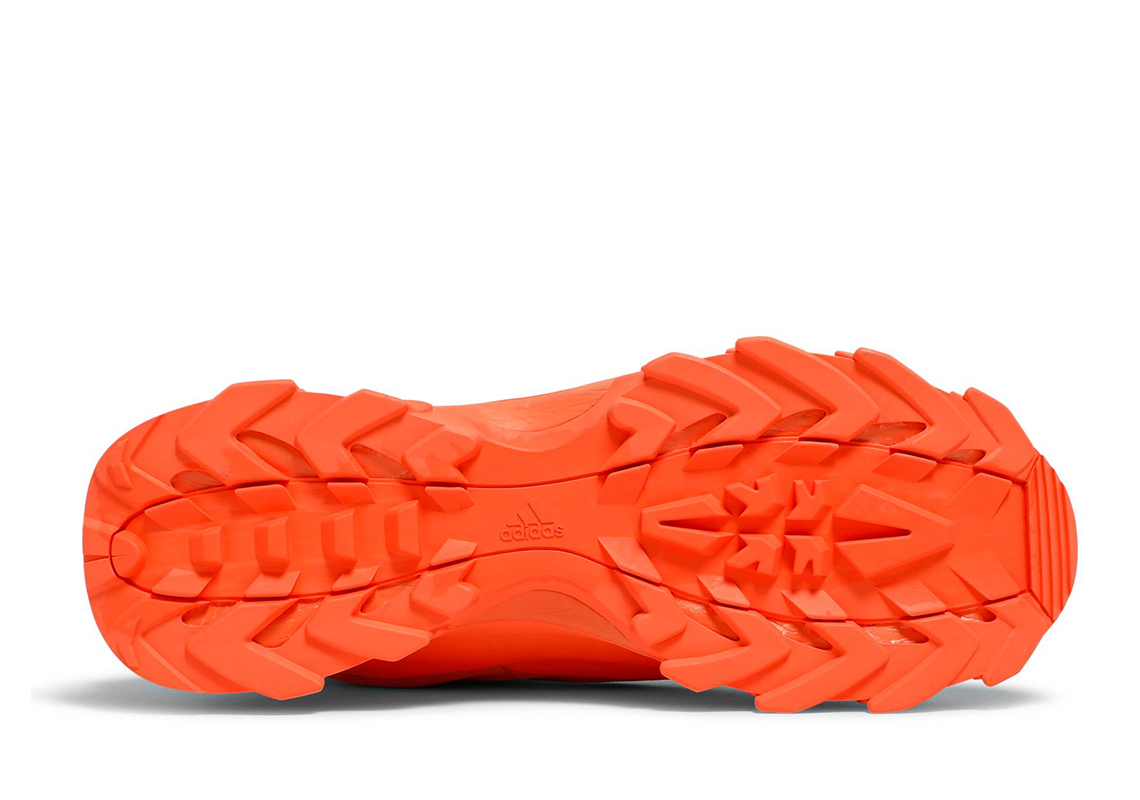 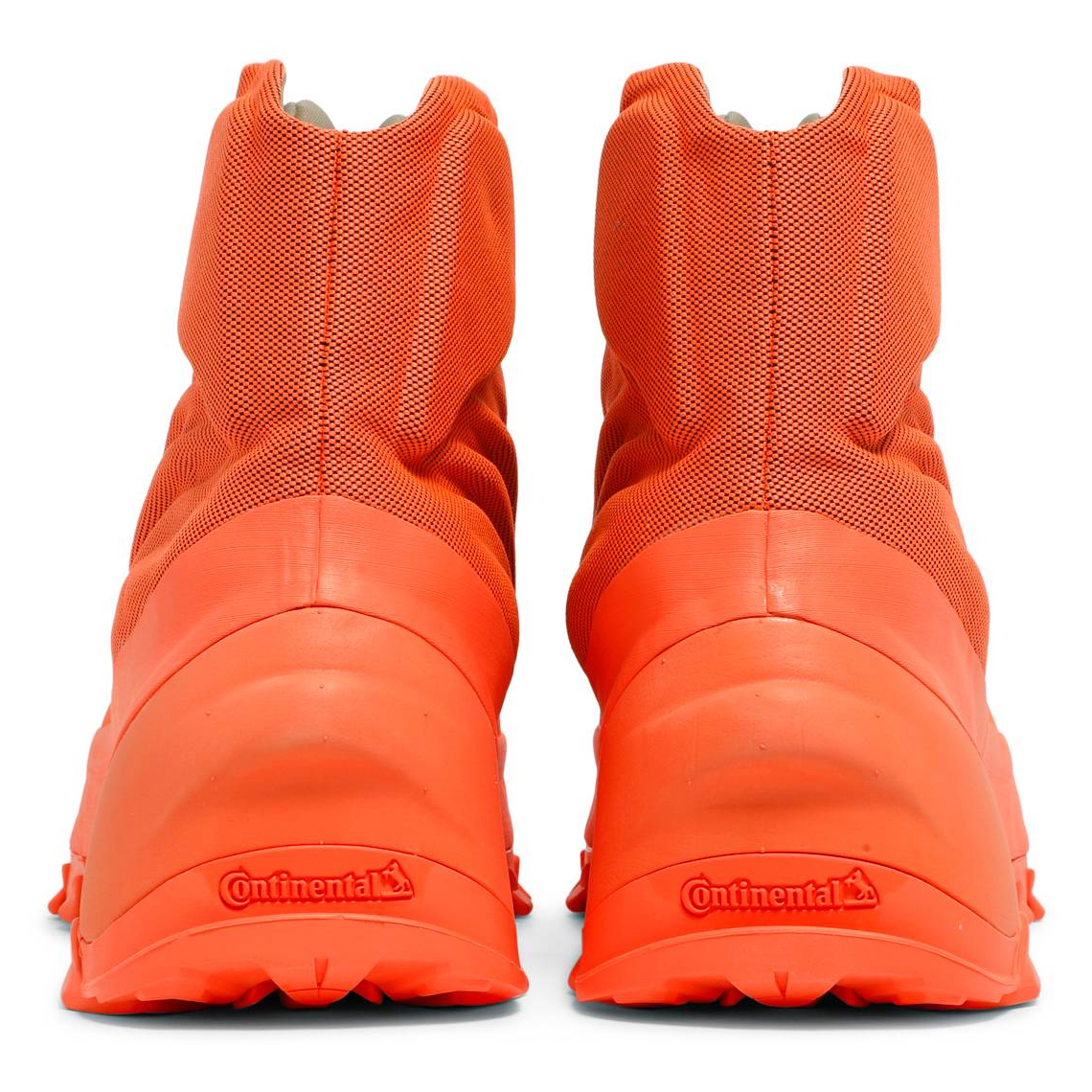 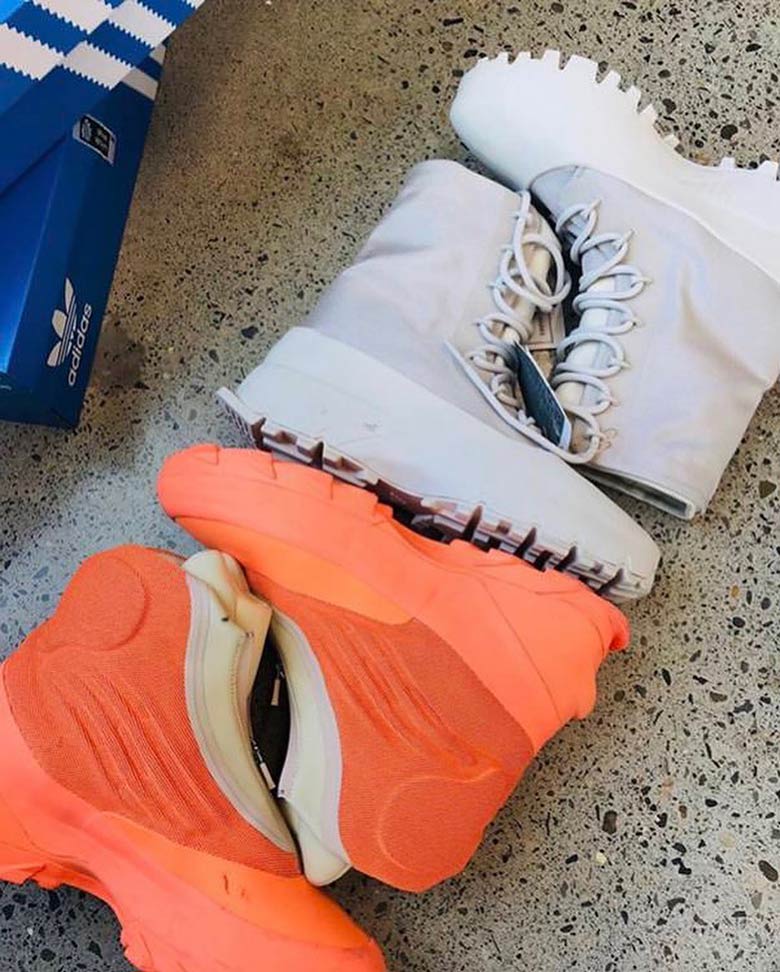 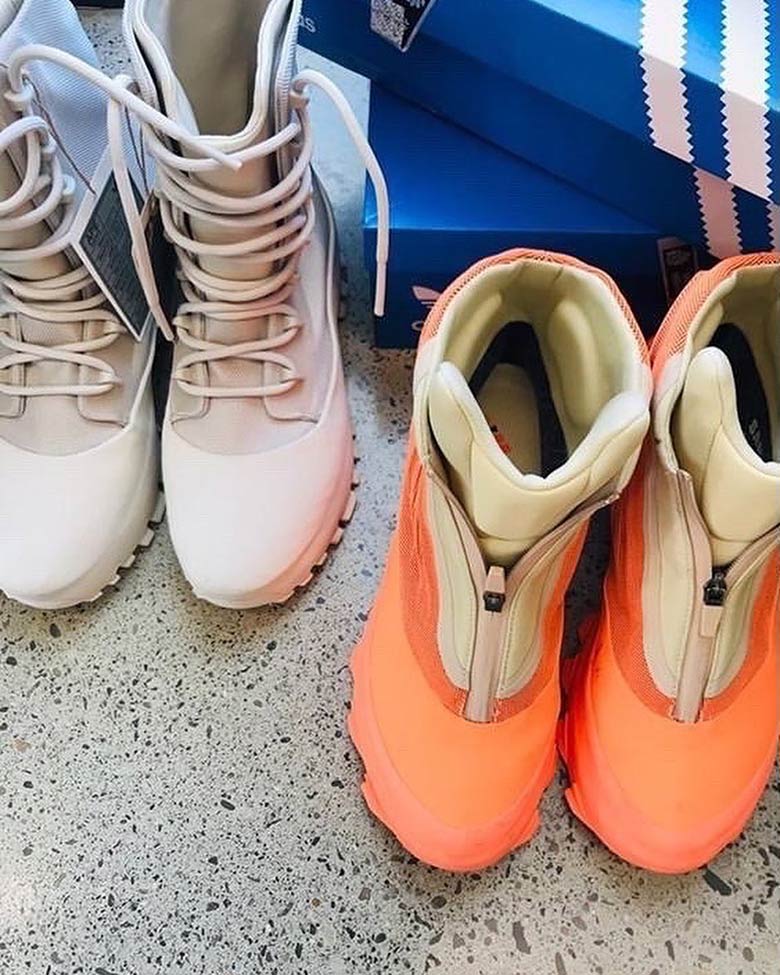 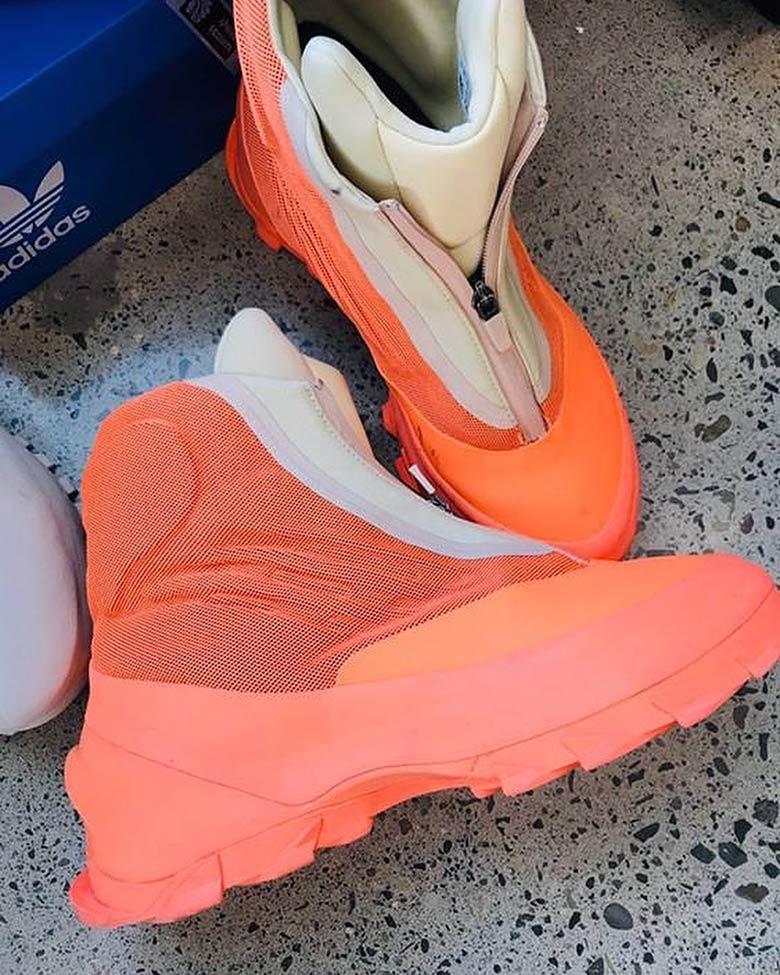