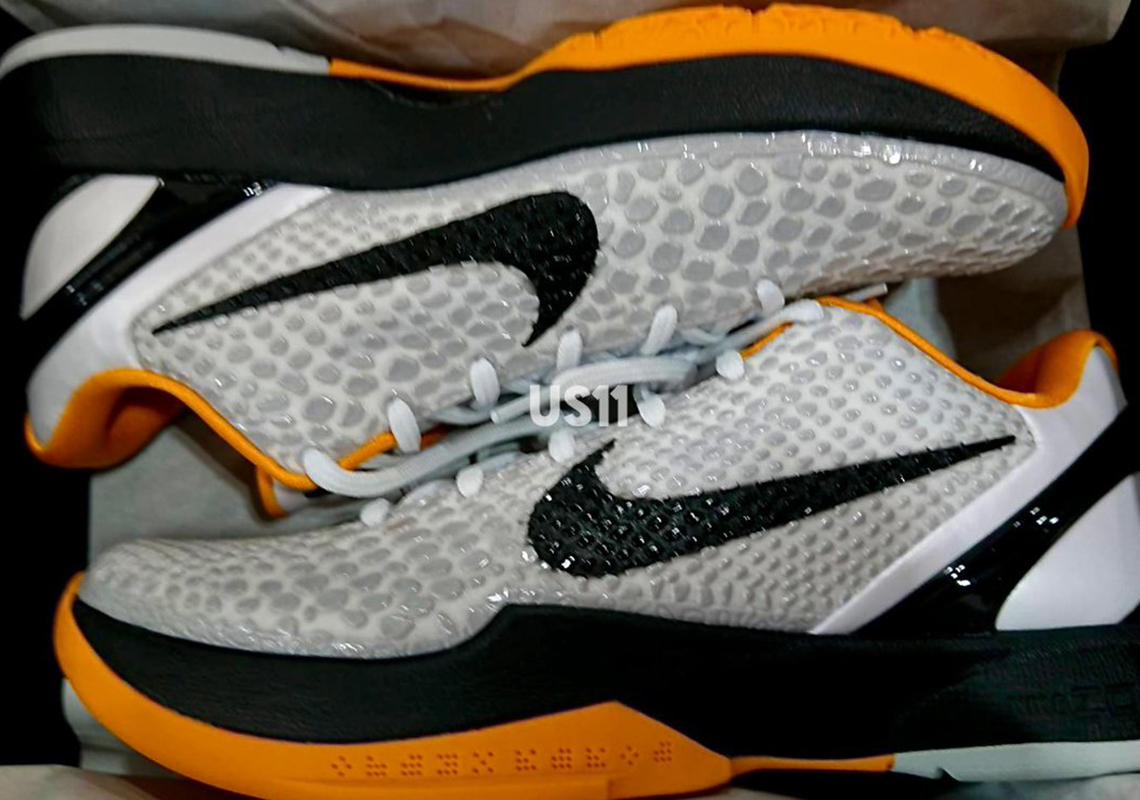 Following Kobe‘s passing, Nike rightly put a pause on all of the athlete’s signature releases. As a result, many a planned colorway was shelved indefinitely until they deemed it appropriate to release. Today, thankfully, the line-up is up and running, and it seems we’ll soon see further retros such as this upcoming Kobe 6 Protro “POP.”

“POP,” for the uninitiated, stands for “Playoff Pack.” Originally released in 2011, the colorway is effectively a “Home” variant of the “Del Sol,” its yellow shade accenting throughout the lining as well as the underfoot of the tooling. Elsewhere, black touches treat the midsole and glossy Swooshes, while white neutrals outfit the snakeskin scales of the upper’s base. For 2021, the offering is staying faithful to every detail, with some likely upgrades to the internals.

Currently, a release date is still unknown. According to rumor, however, its expected to launch later this Spring at a $180 USD price tag. 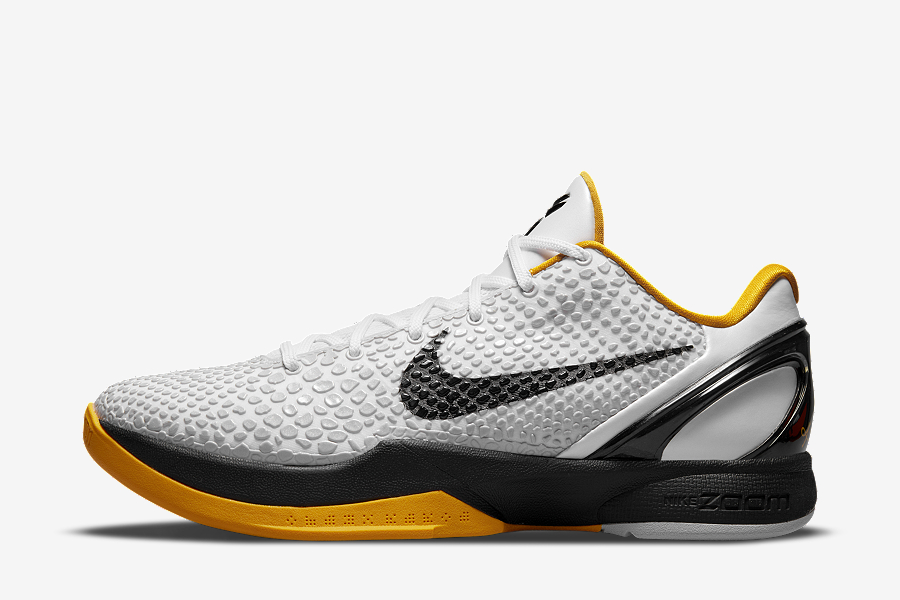