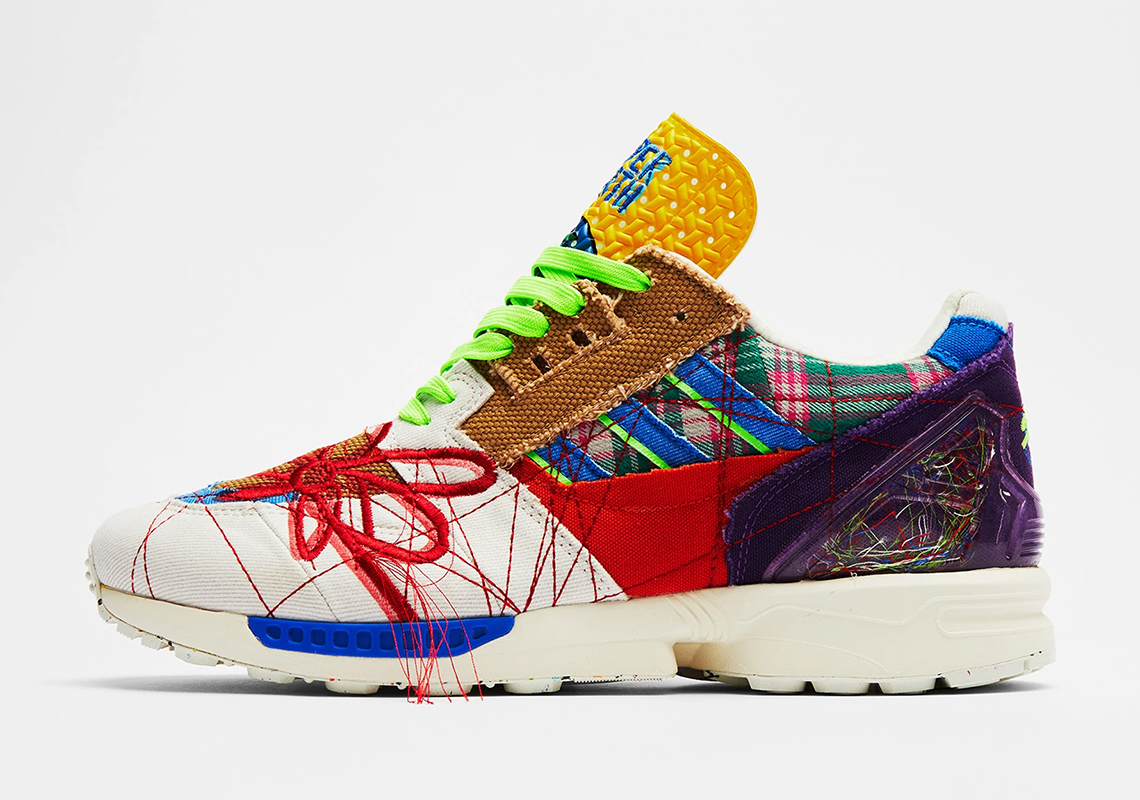 Where To Buy The Sean Wotherspoon x adidas ZX8000 SUPEREARTH

The ambition behind adidas Originals’ year-long A-ZX project reaches an apex with the release of Sean Wotherspoon’s entry into the ongoing series. Created to generate a newfound buzz behind the ZX running series, the A-ZX called upon a broad range of collaborators to inject its icons with some crossover energy. The Round Two founder’s interpretation is undoubtedly one of the more standout inclusions as he infuses a patchwork of materials and patterns while applying a floral embroidery that is both a careful placement and a haywire arrangement. The drooping threads seen in his Superstar collaboration – a nod to Yohji Yamamoto’s design from years ago – also make a return, with the detail being far more prominent on the right shoe.

In continuing Sean’s vegan approach to footwear as well as the adidas brand’s larger scale eco-friendly direction, the ZX8000 SUPEREARTH utilizes recycled materials to construct the upper. This particular collaboration exemplifies how shoes made for the culture can also be responsibly manufactured – kinda like hiding pureed spinach in your child’s fruit smoothie.

An official release is confirmed for April 16th at the retailers listed below, with many shops employing raffles for this coveted release. See below and stay tuned for the official release. And remember, an alternate black colorway of the Sean Wotherspoon Superstars have been confirmed. 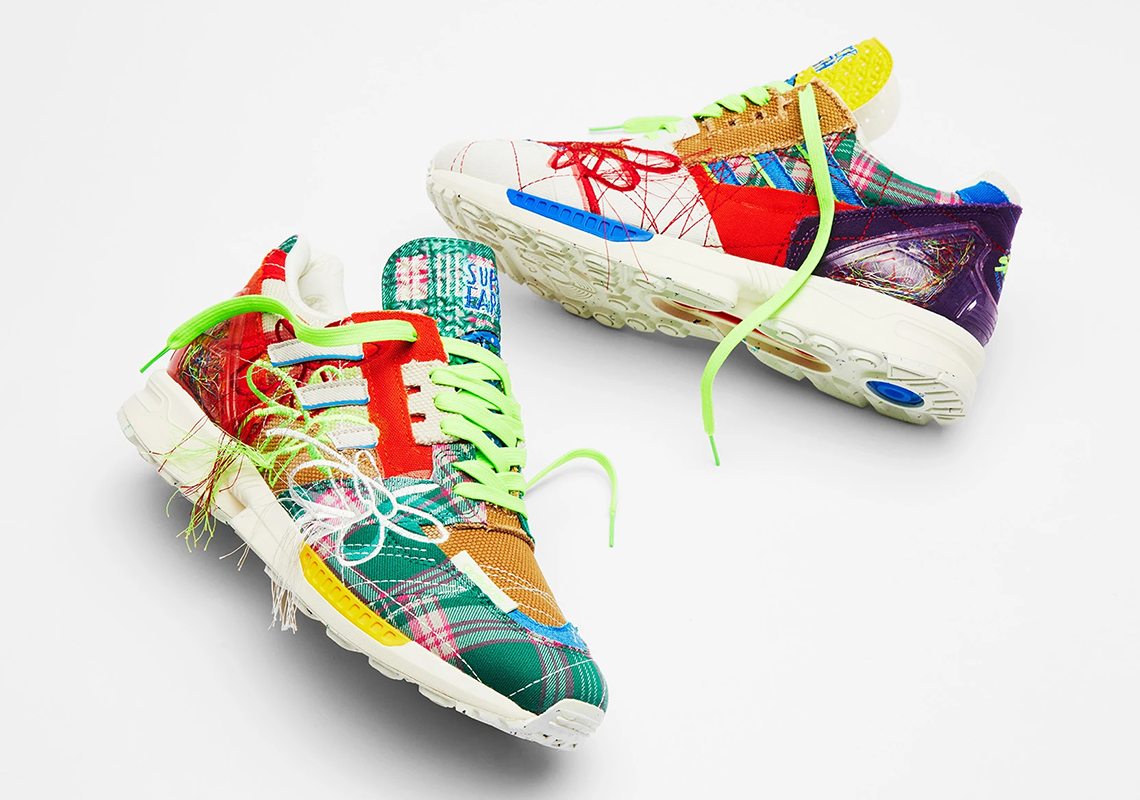 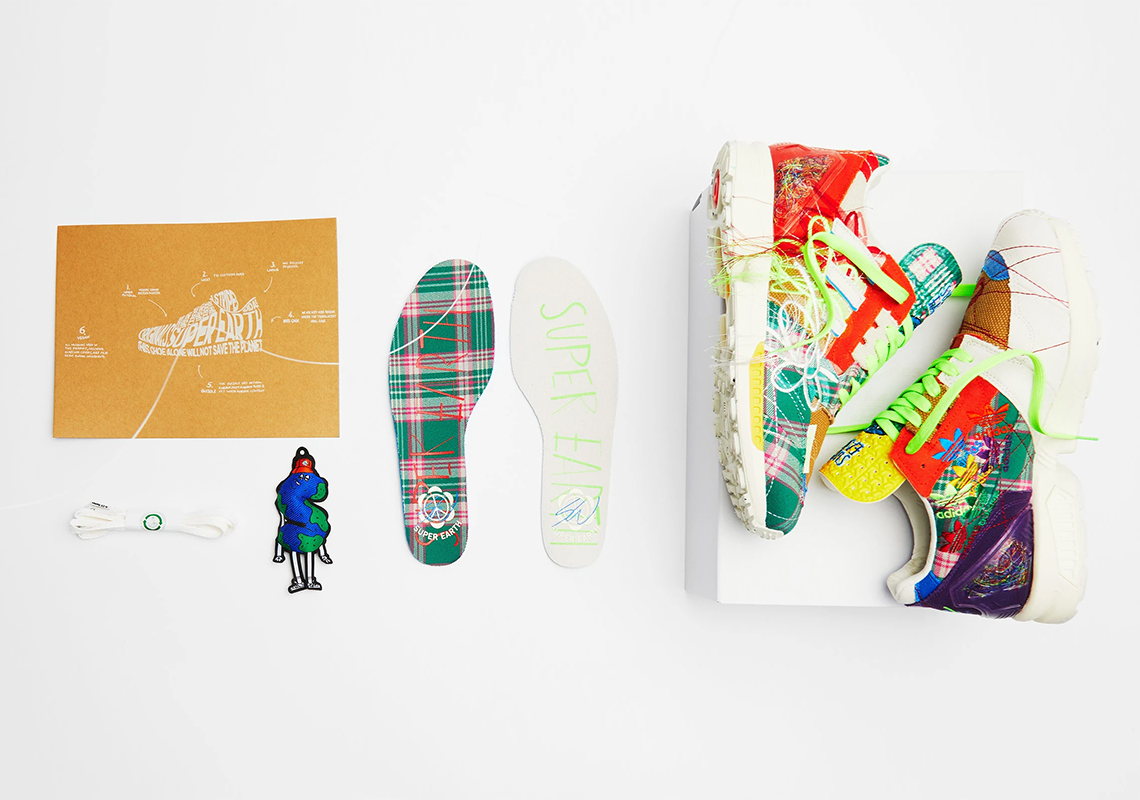 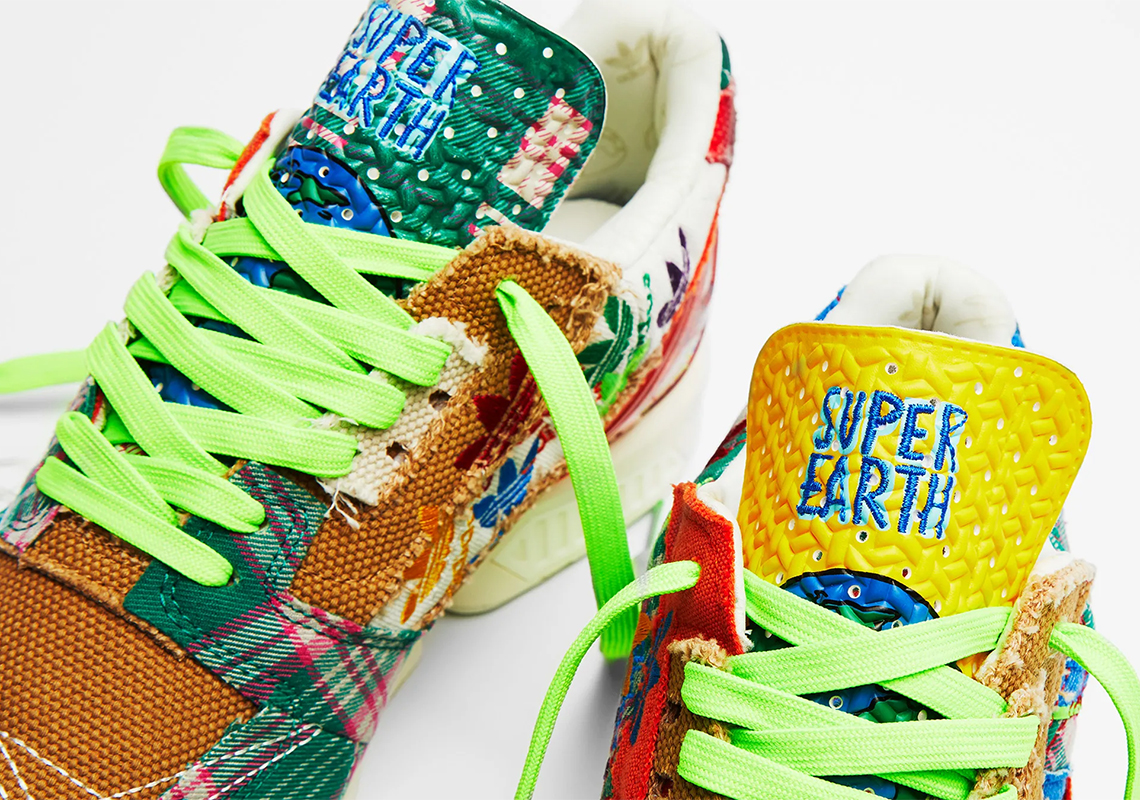 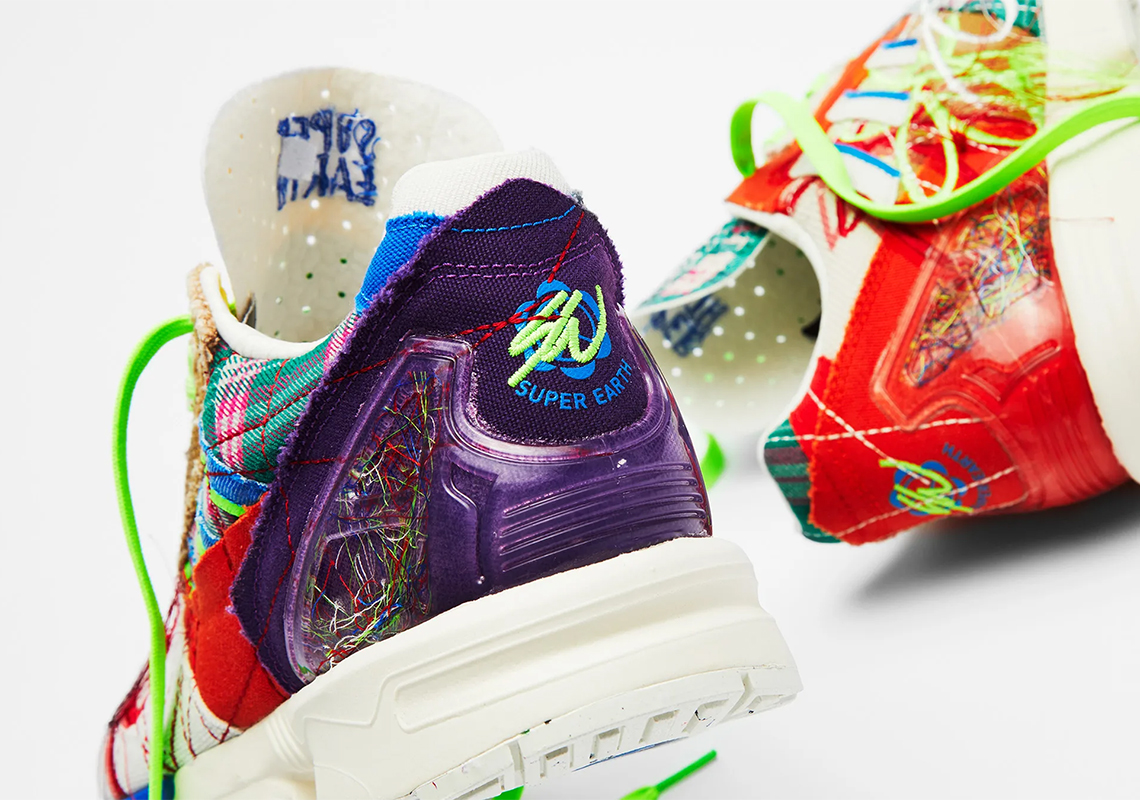 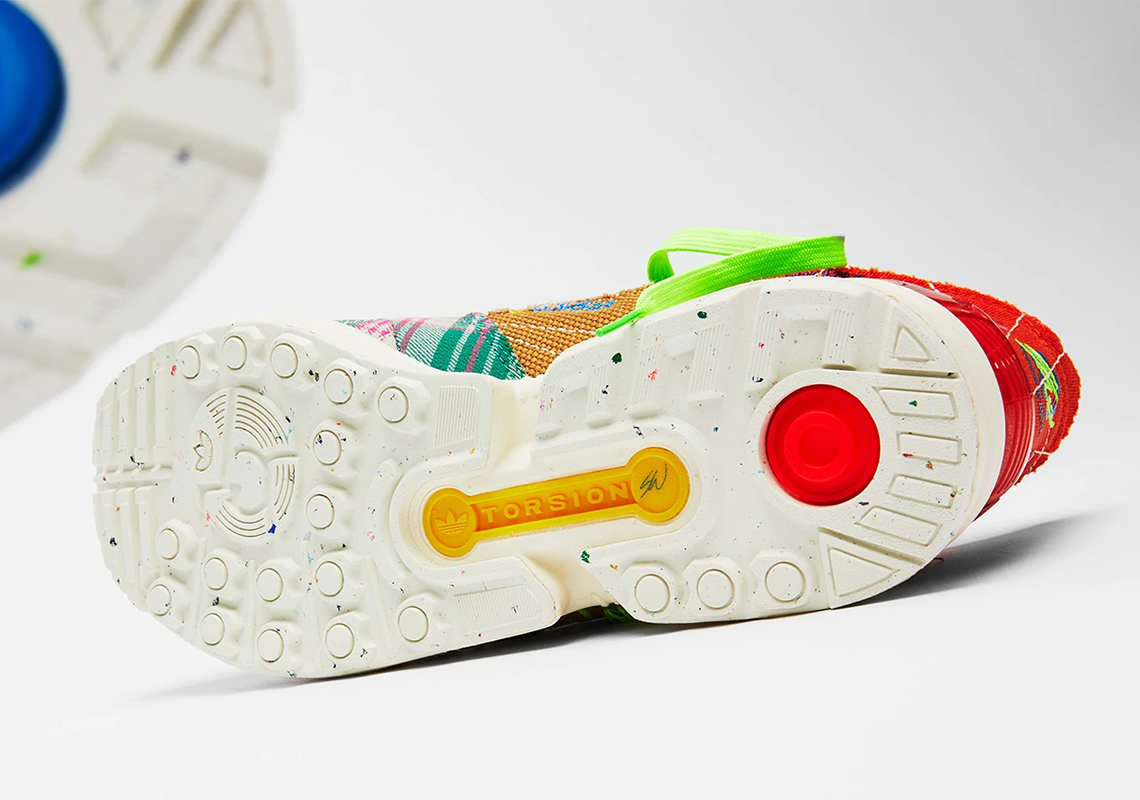 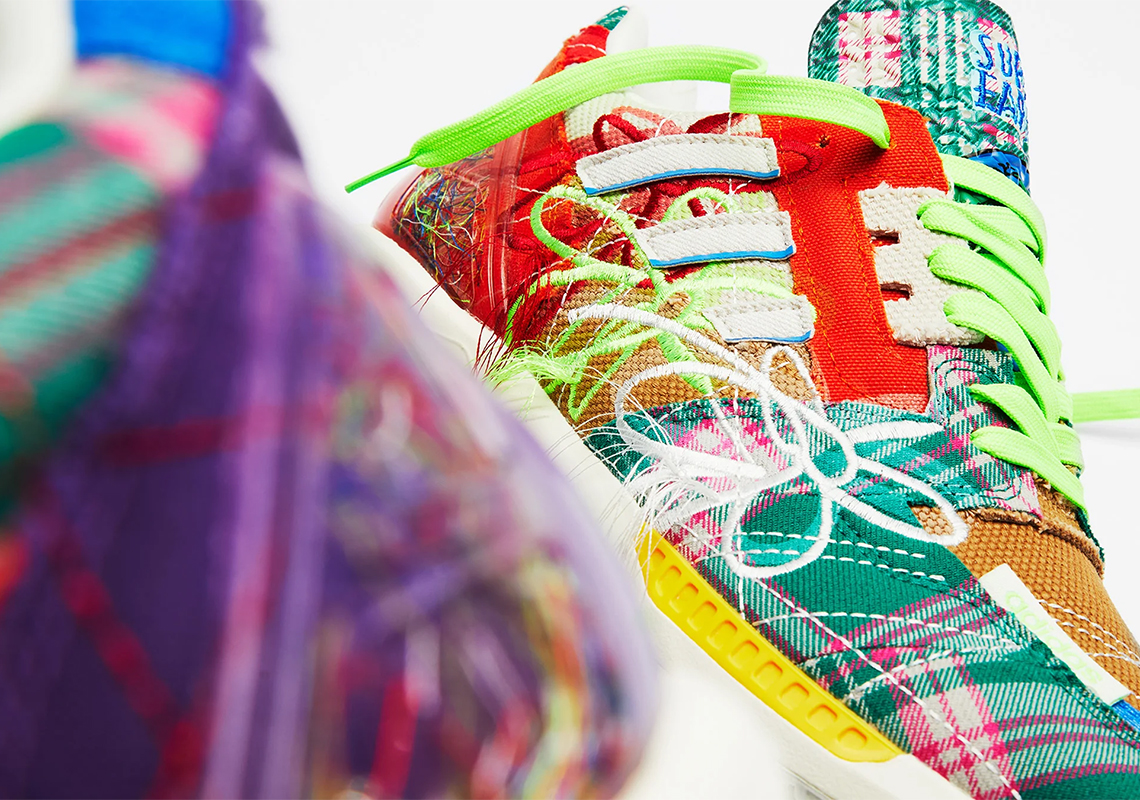