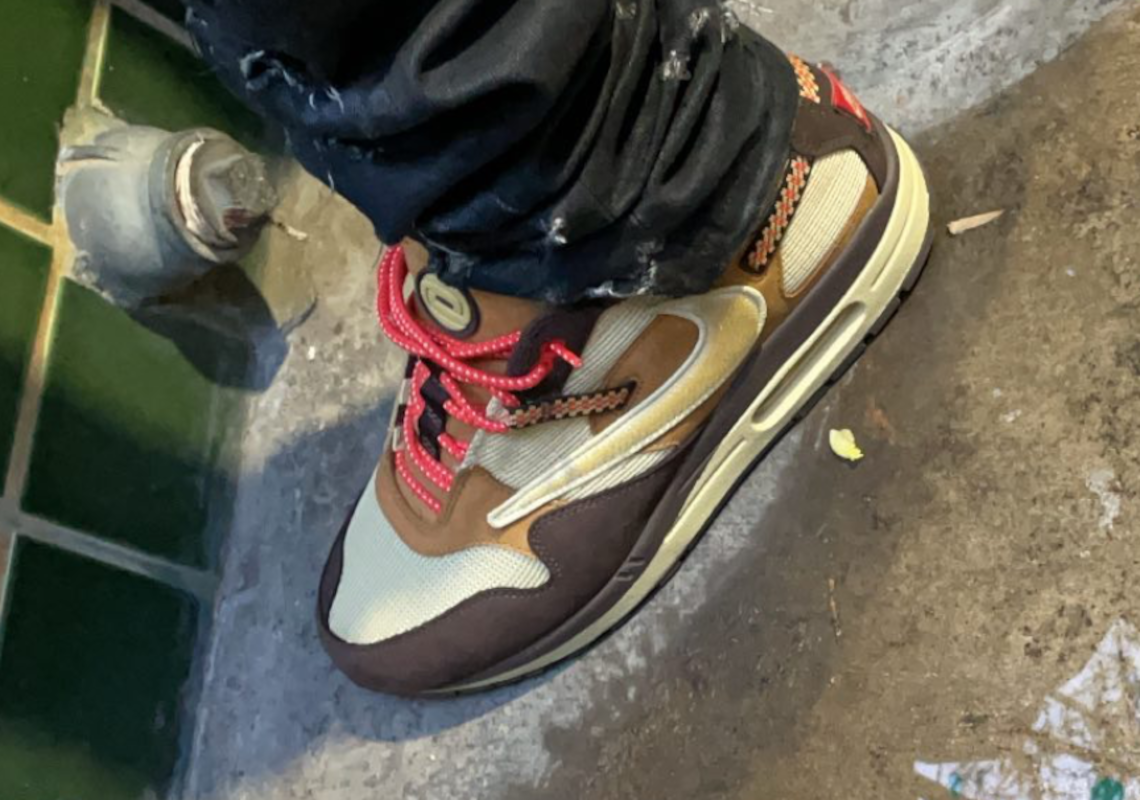 While Travis Scott works on his highly-anticipated “Utopia” album, he’s found time to continue cementing himself as one of the most influential collaborators under the NIKE, Inc. roster. Ahead of the holiday season, La Flame has been spotted wearing his forthcoming Nike Air Max 1.

Set to drop in five colorways ranging from “Saturn Gold” to “Grey Haze,” Scott’s second Air Max collaboration has surfaced on-foot in a familiar “Baroque Brown”. Maintaining a backwards lateral swoosh, the pair features a bevy of modifications from Tinker Hatfield’s original design – namely the FlyEase-reminiscent lacing system visible from mid-foot to mid-foot. Traditional “NIKE AIR” branding is replaced by a red triangular tab boasting “CACTUS JACK” text in a semi-frozen yellow. Midsole components match the cream hue that takes over the ostensibly-mesh base, while waffle-patterned tread indulges in the titular brown that appears in segments across the upper. Lastly, “Wheat” paneling at the quarter-foot, mid-foot and heel further plays into the earth tones that’ve dominated the Houston-native’s NIKE, Inc. collaborations, and reimagines the Air Max 1‘s blueprint given its shape and coverage.

For more from under the Swoosh umbrella, check out the latest Air Force 1 styles. 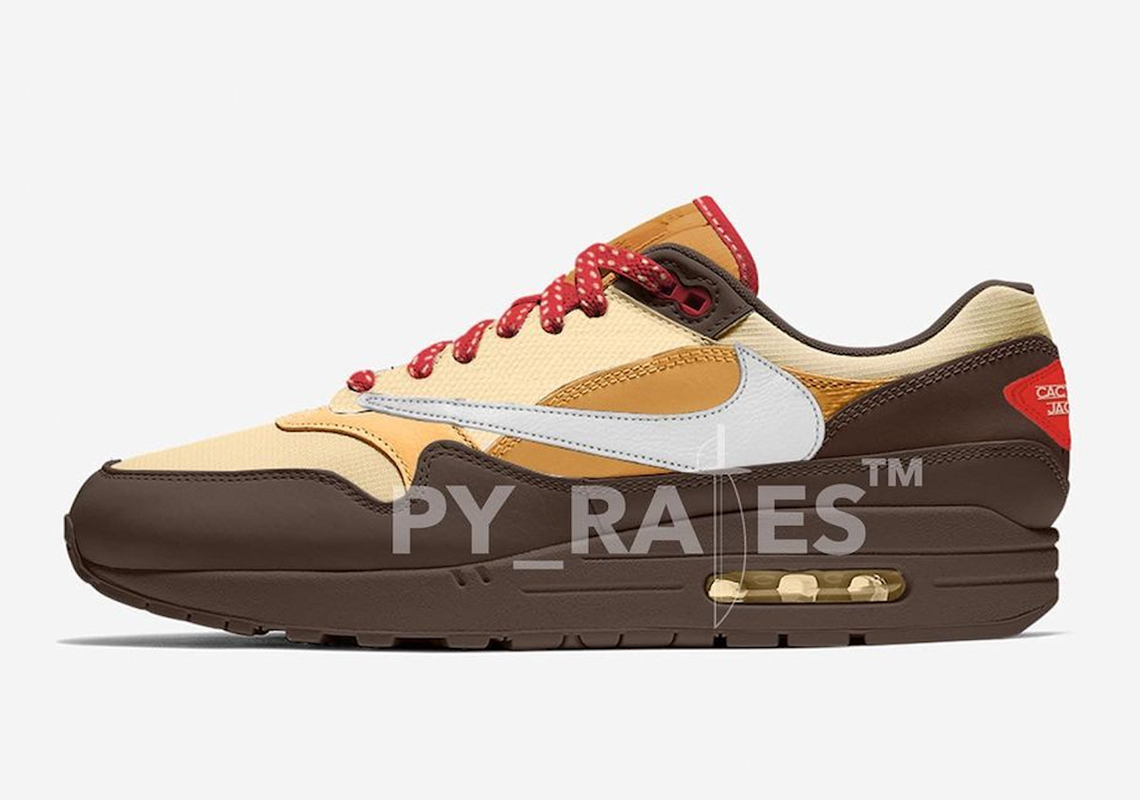 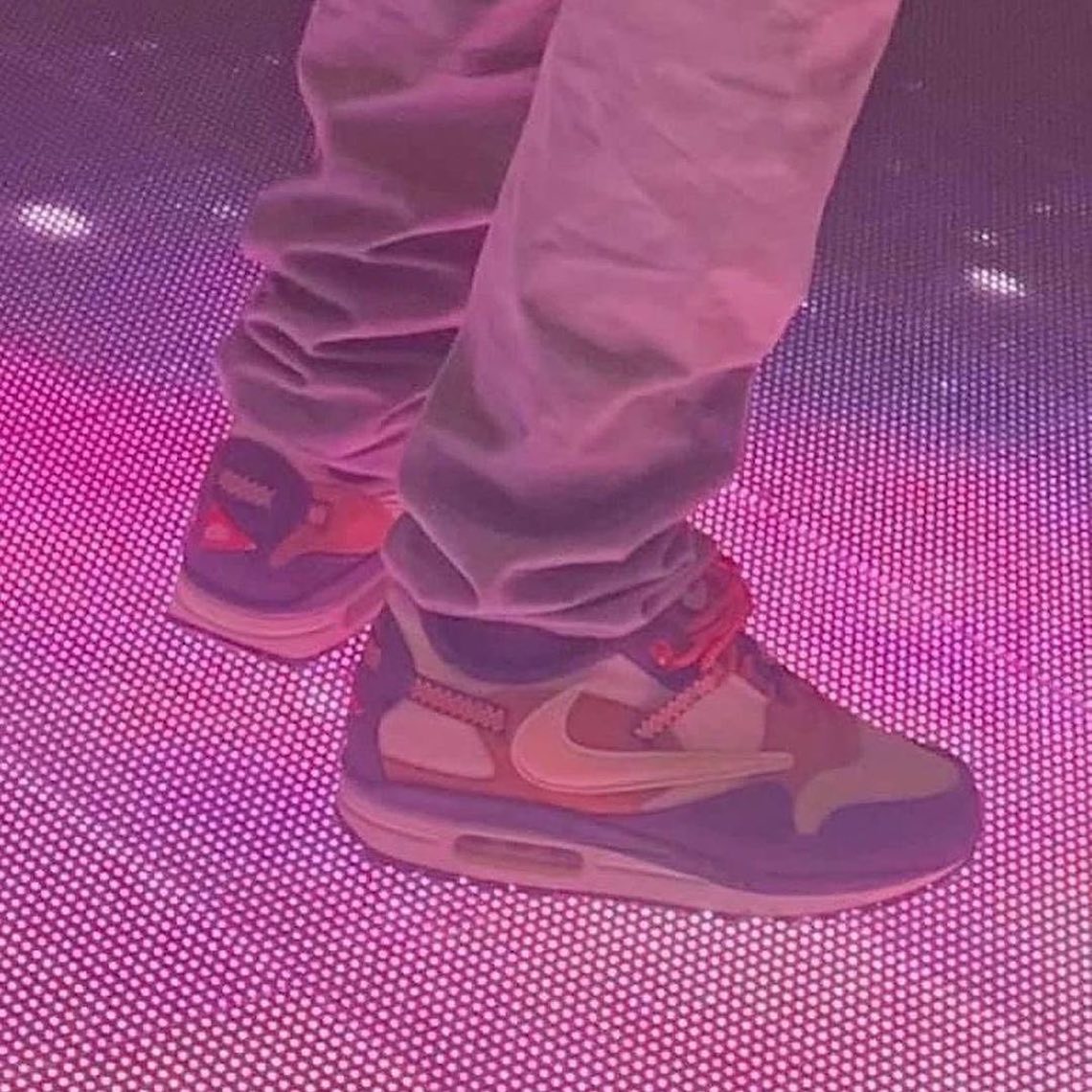