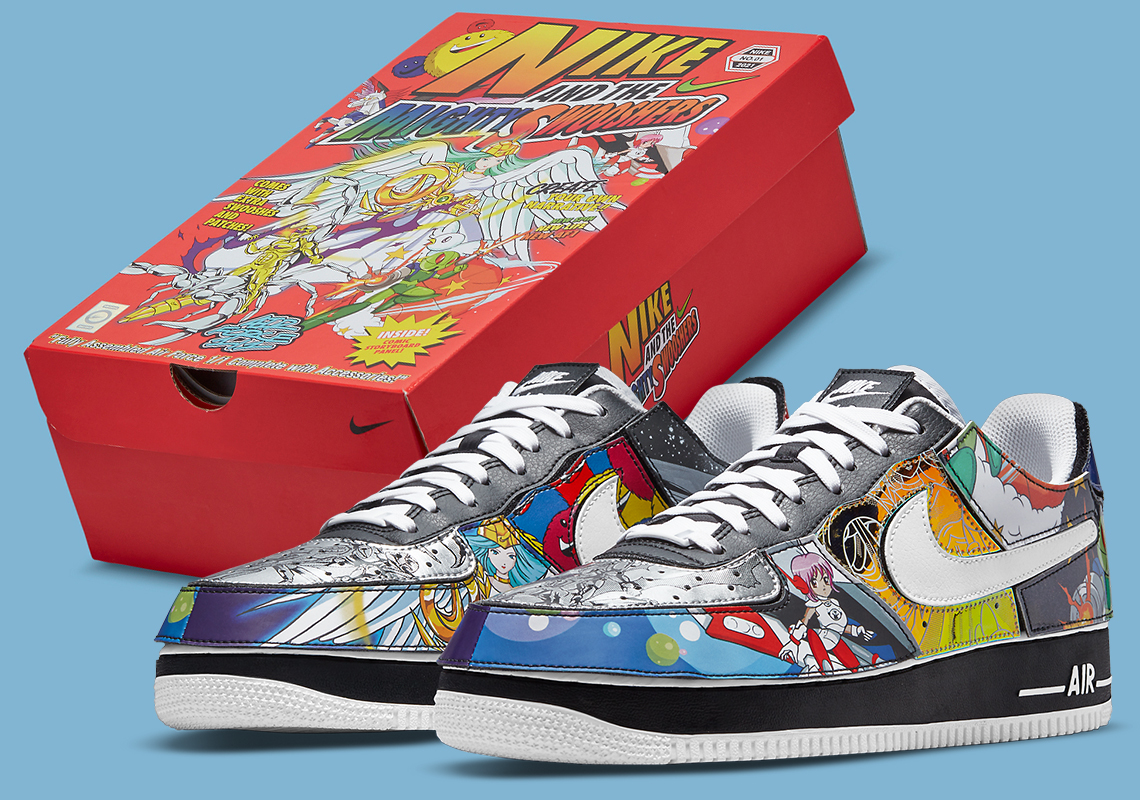 Multi-color approaches and animal prints have appeared on the Nike Air Force 1/1, allowing wearers to create bold one-of-one looks. However, bold seems to be an understatement as an upcoming pair takes the ultra-customizable silhouette to the next level—Outer space, even. The upcoming “Nike And The Mighty Swooshers” offering uses velcro patches to present an action-packed, animated tale to the amusement of anime and comic book enthusiasts.

The style starts off with a black velcro-covered base that is offset by a charcoal tongue and lace stays. As for the patches, the toe sees metallic silver elements that feature alien-like figures and Nike logos illustrated in a comic book or manga style. Patches on the forefoot include an anime-like angel and woman in a spacesuit, similar to a character in the series Astra Lost In Space. The hindfoot also features animated characters, but this time the familiar Roswell Rayguns martian—one of Nike’s famed characters. Swooshes that seem to allude to Gundam and The Thing from Fantastic Four completes the sci-fi style.

A release date for the Air Force 1/1 has yet to be announced, so enjoy the official images posted below in the meantime.

In other Swoosh-related news, a new Nike Air Max 90 is reminiscent of the “Persian Violet” colorway.

Official Images have been added. 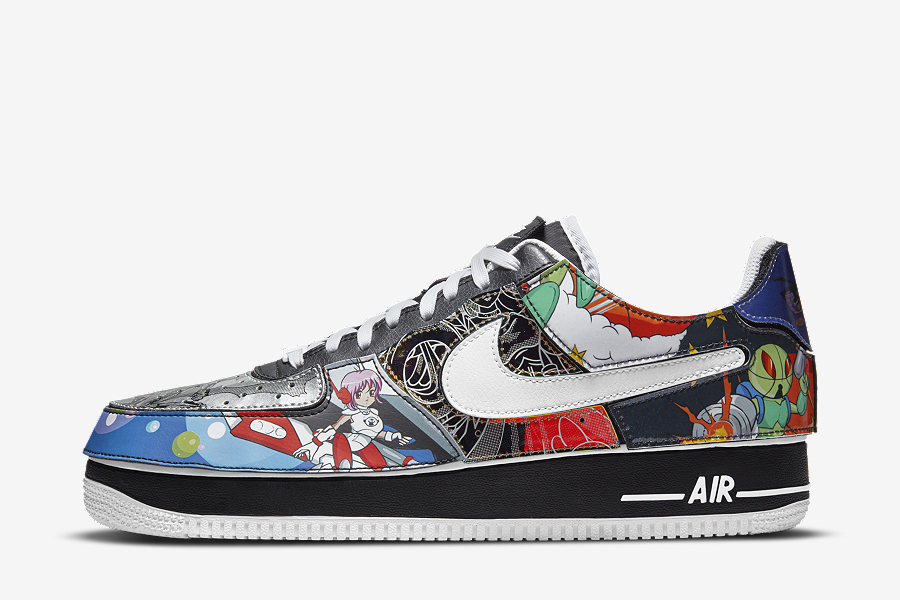 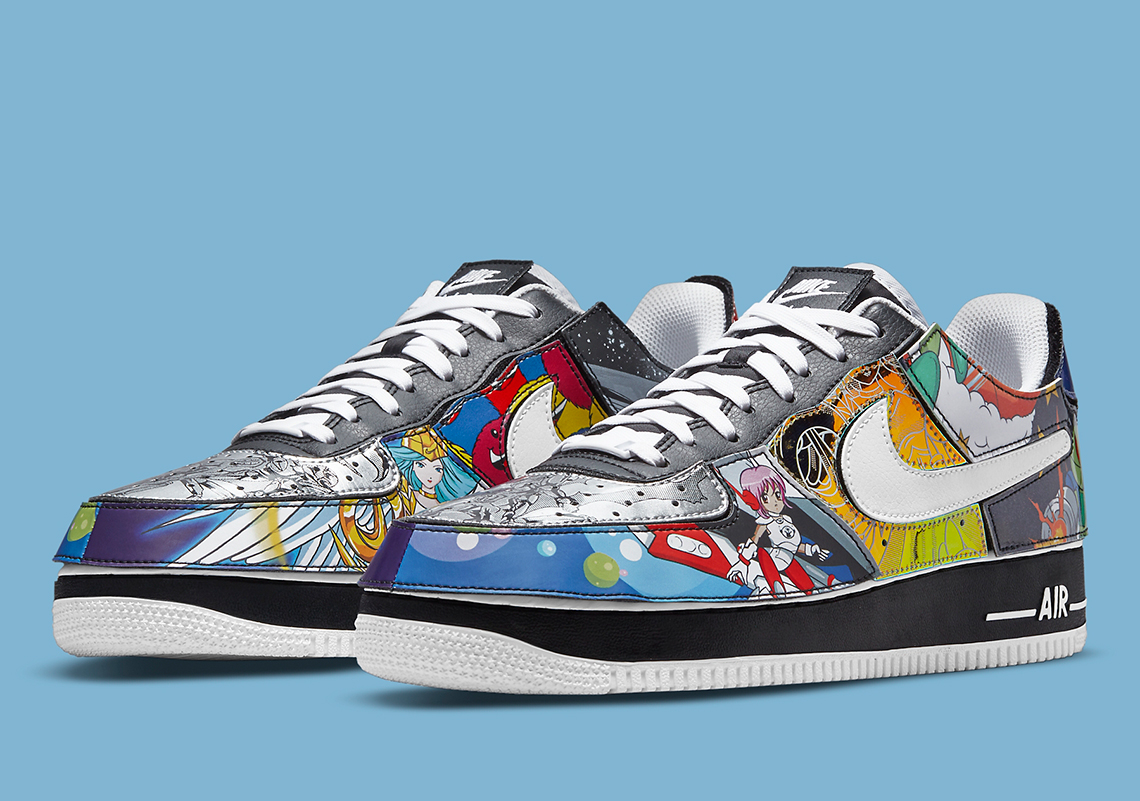 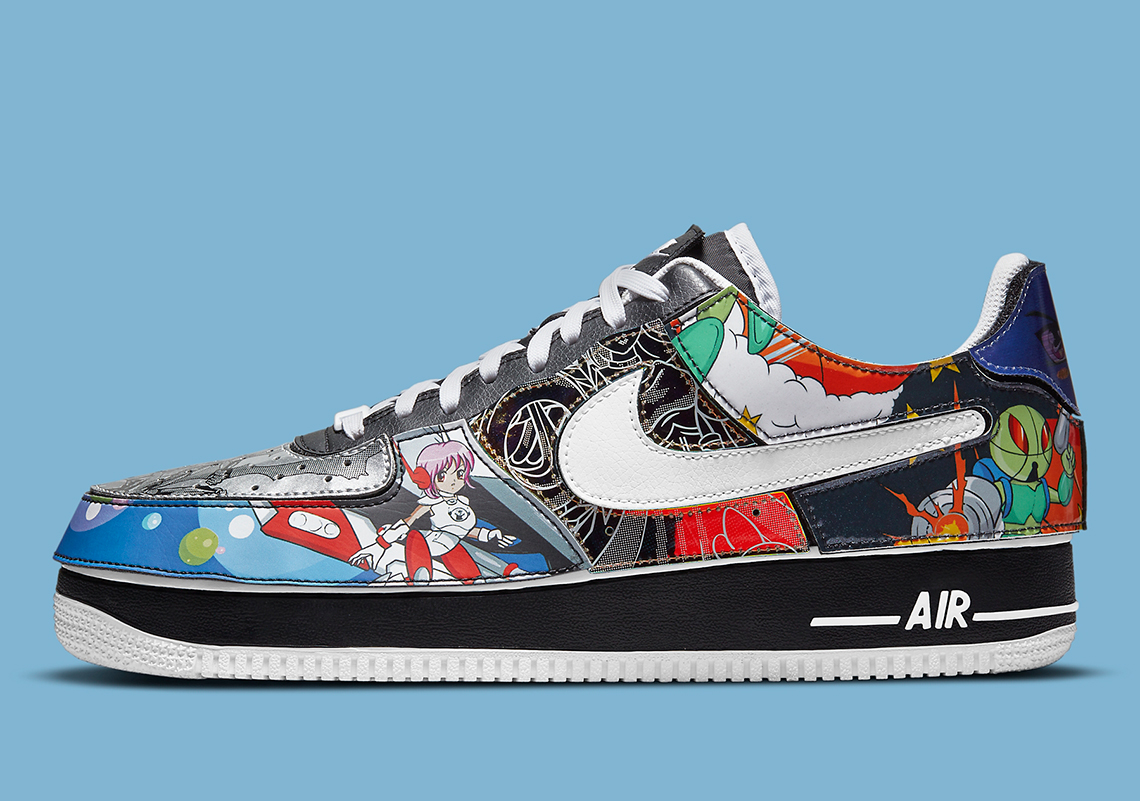 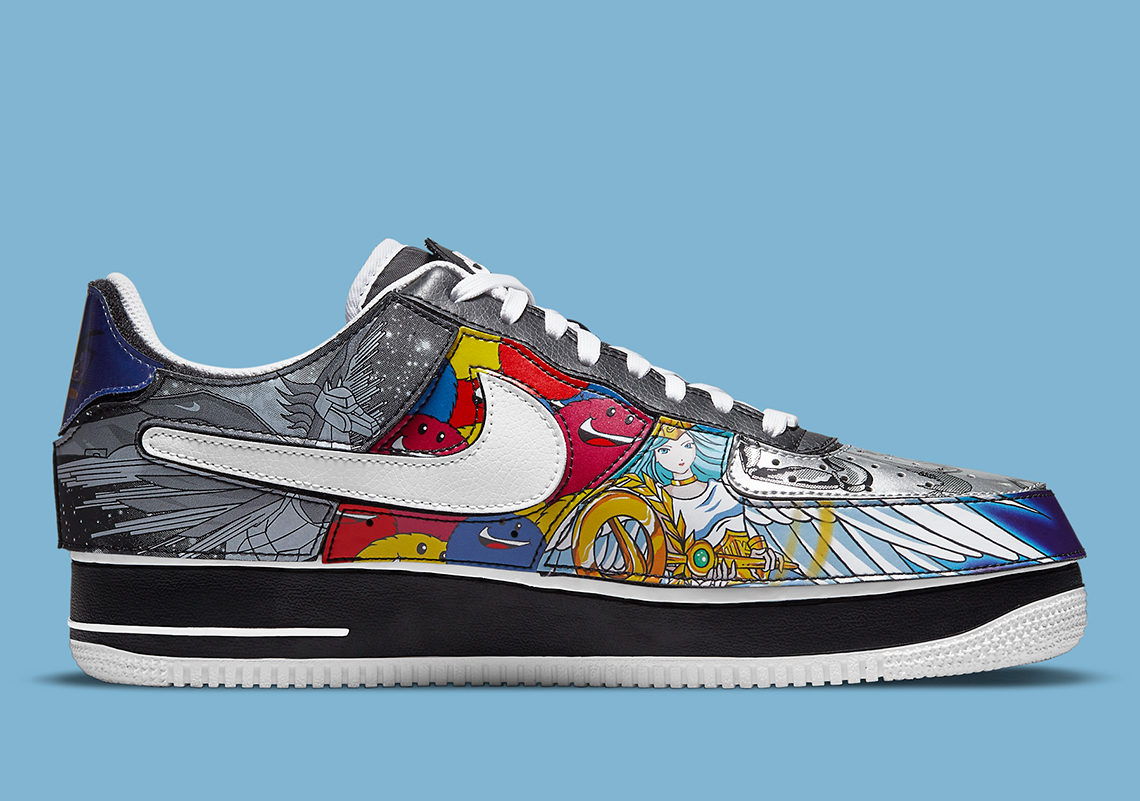 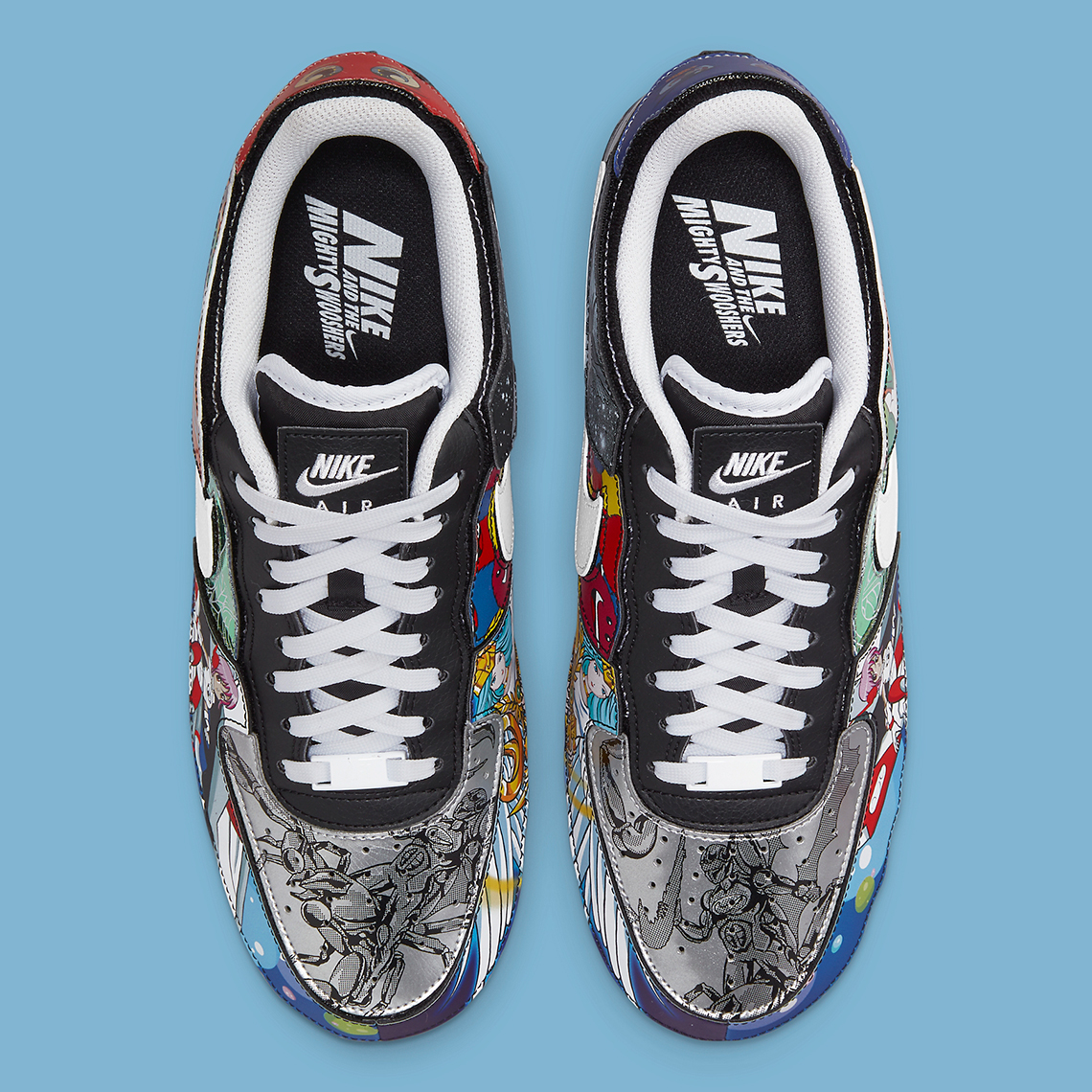 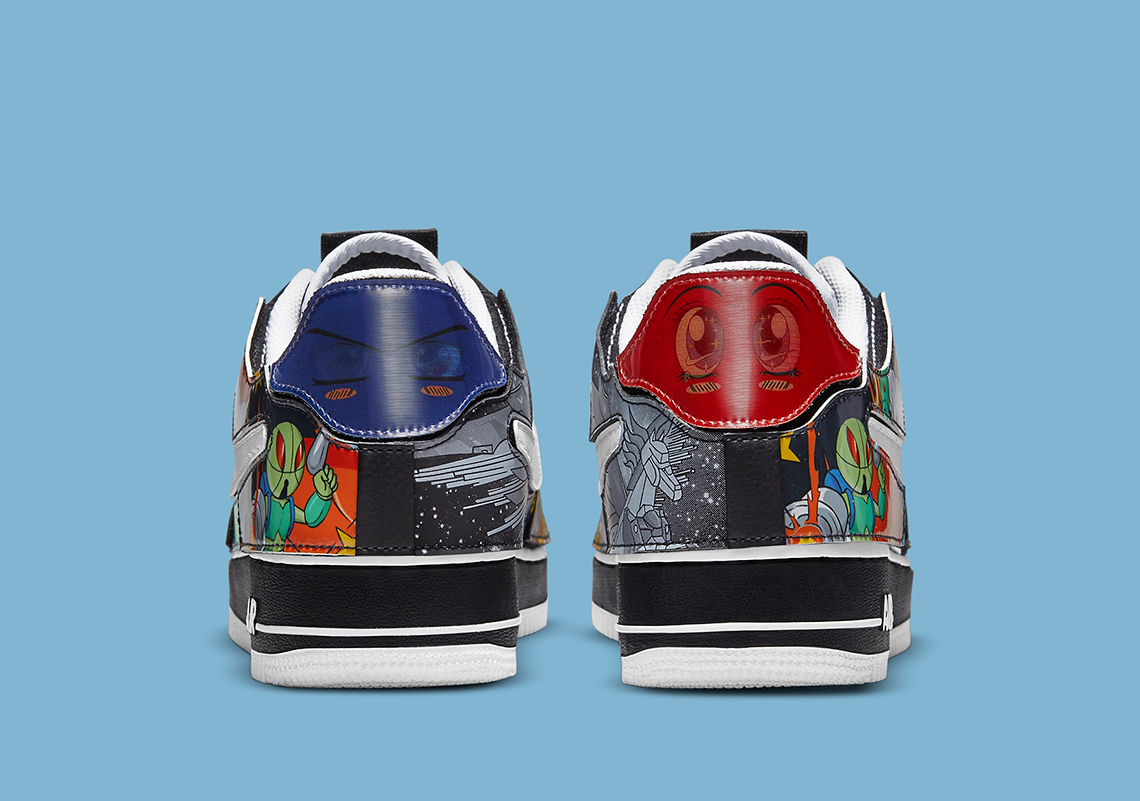 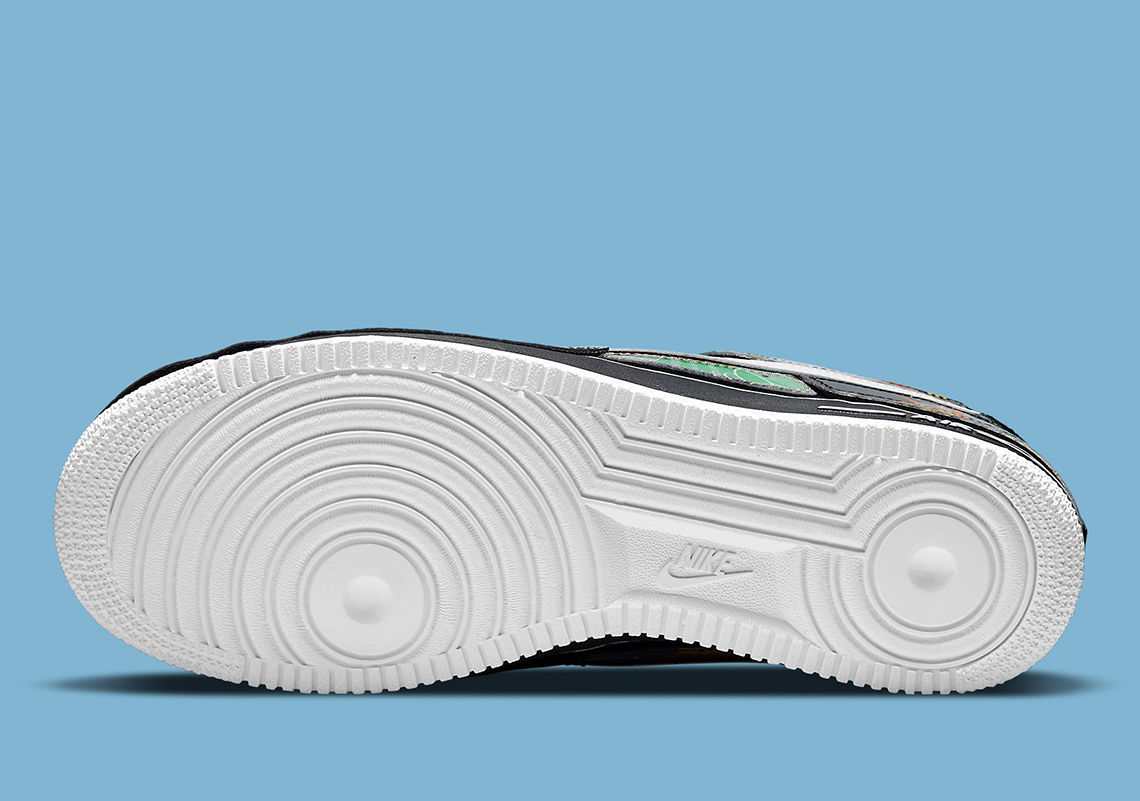 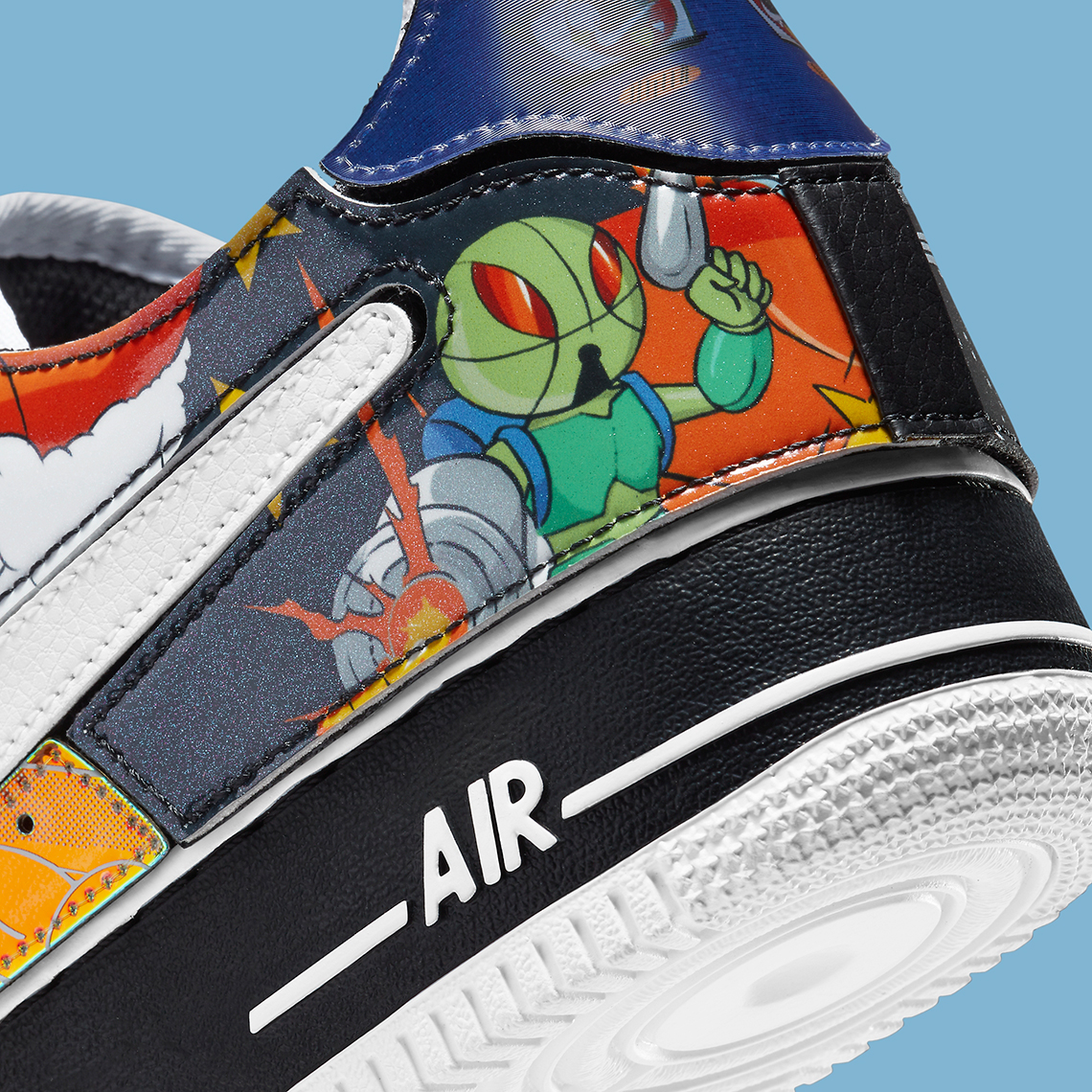 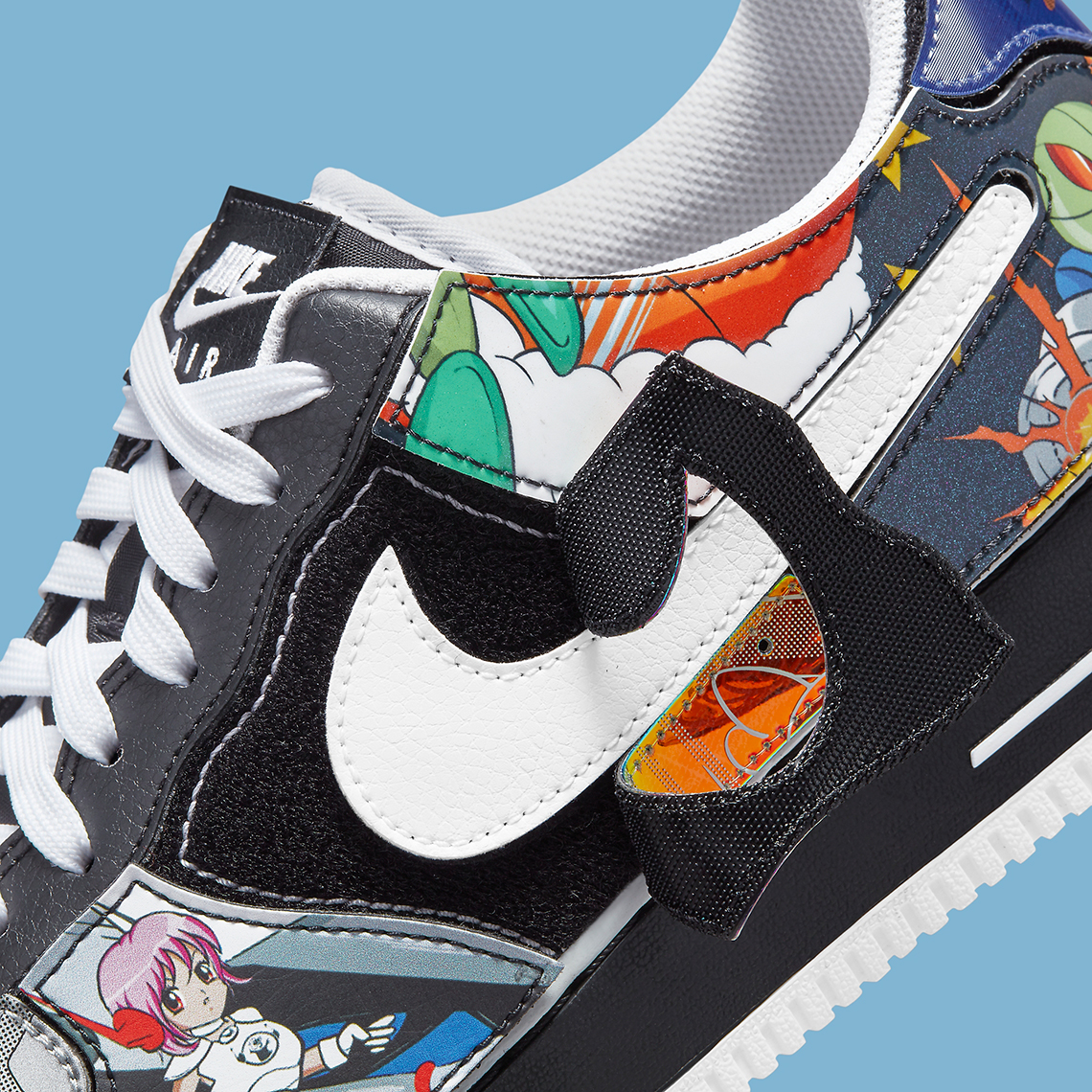 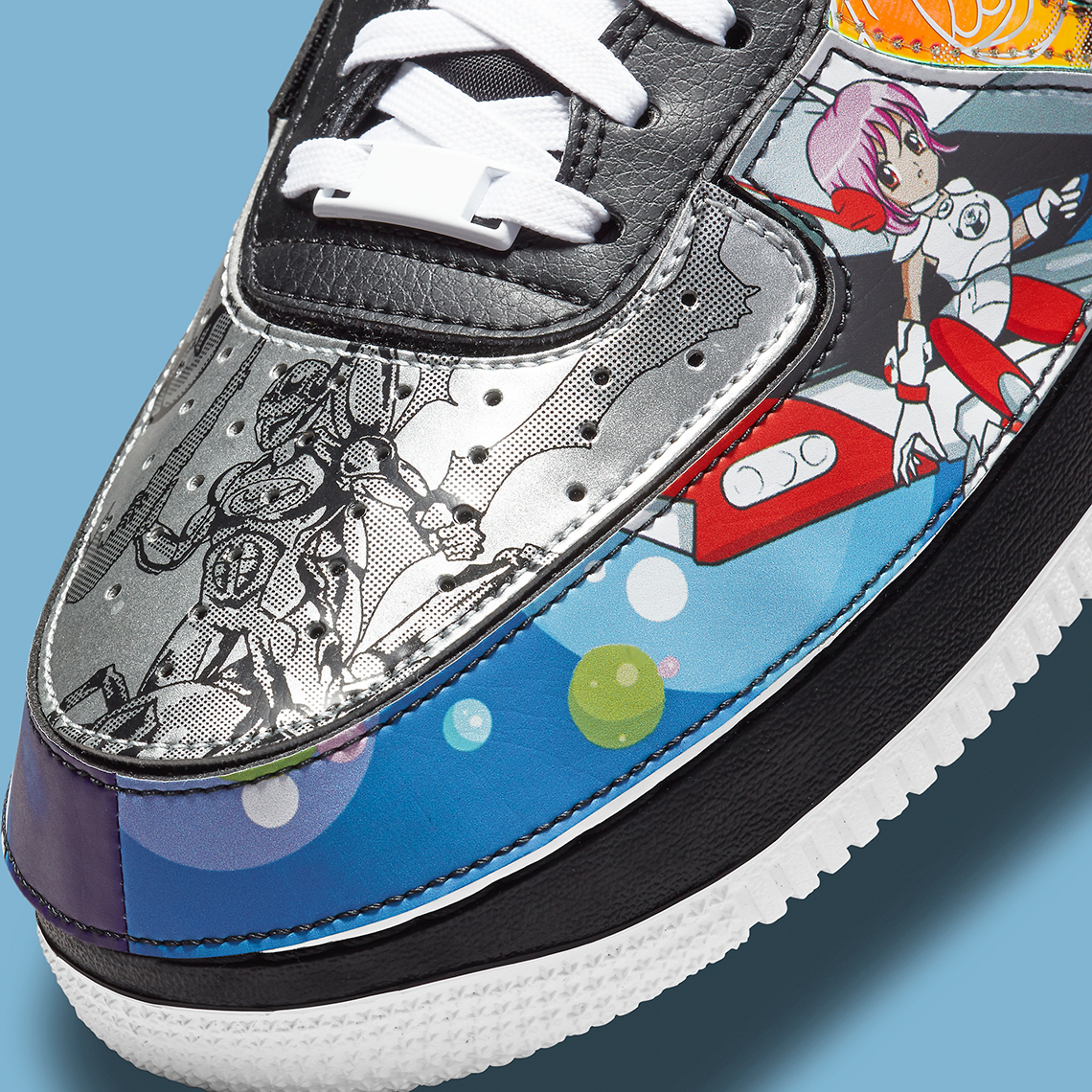 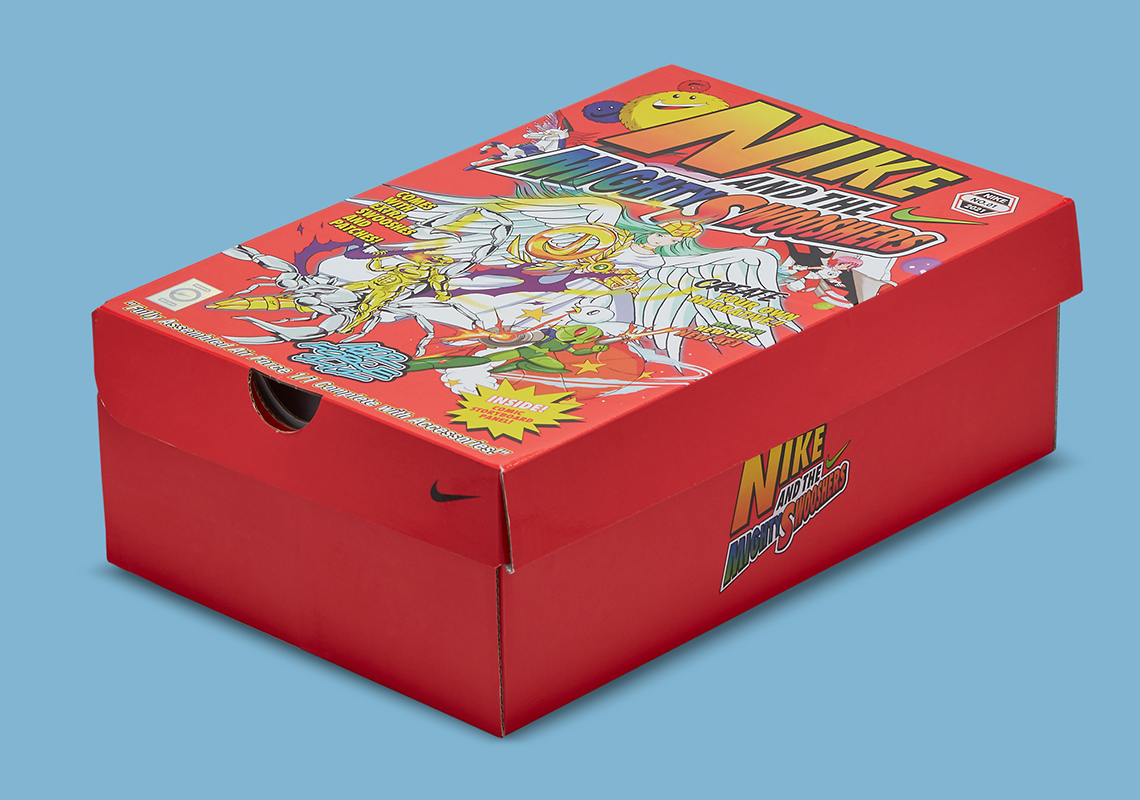 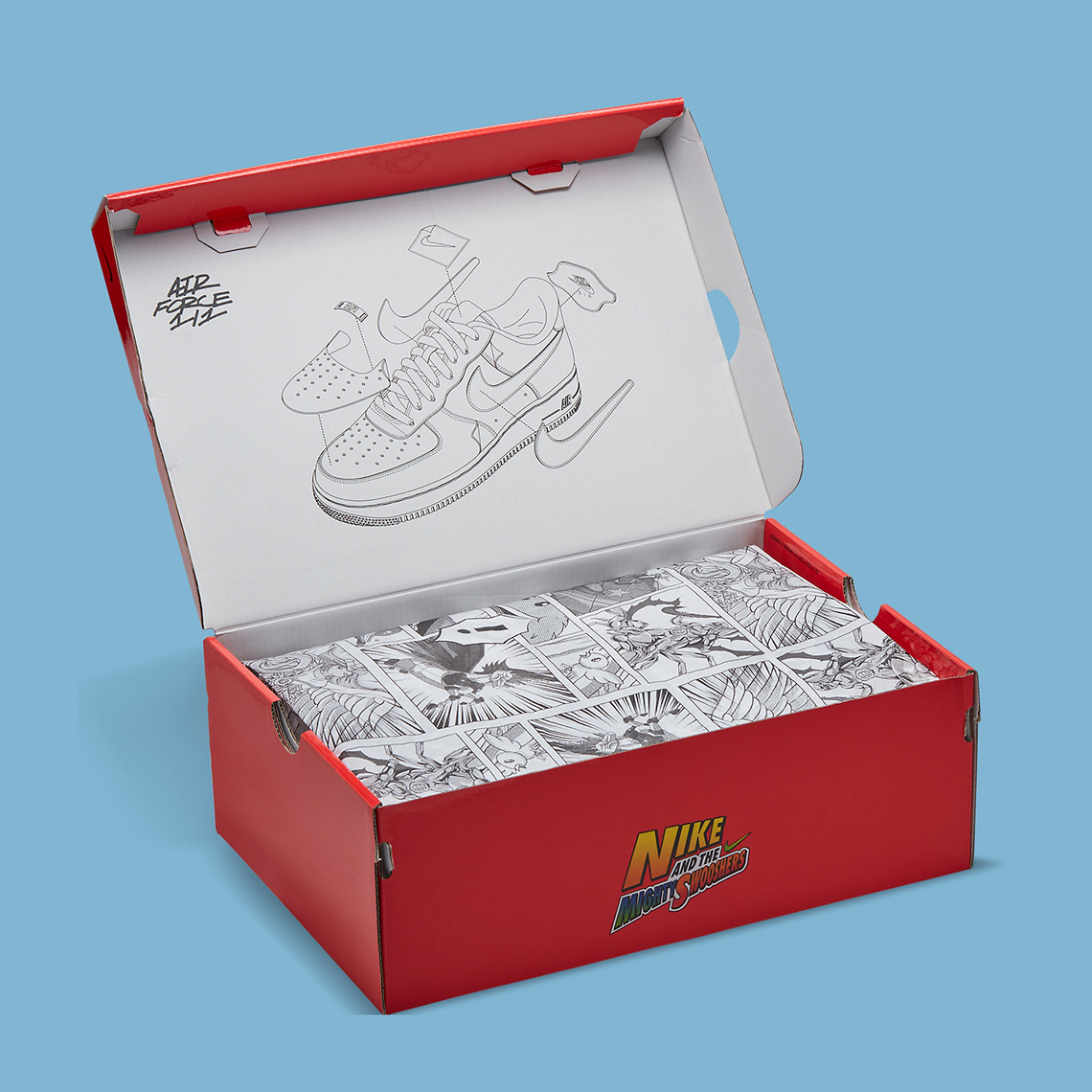 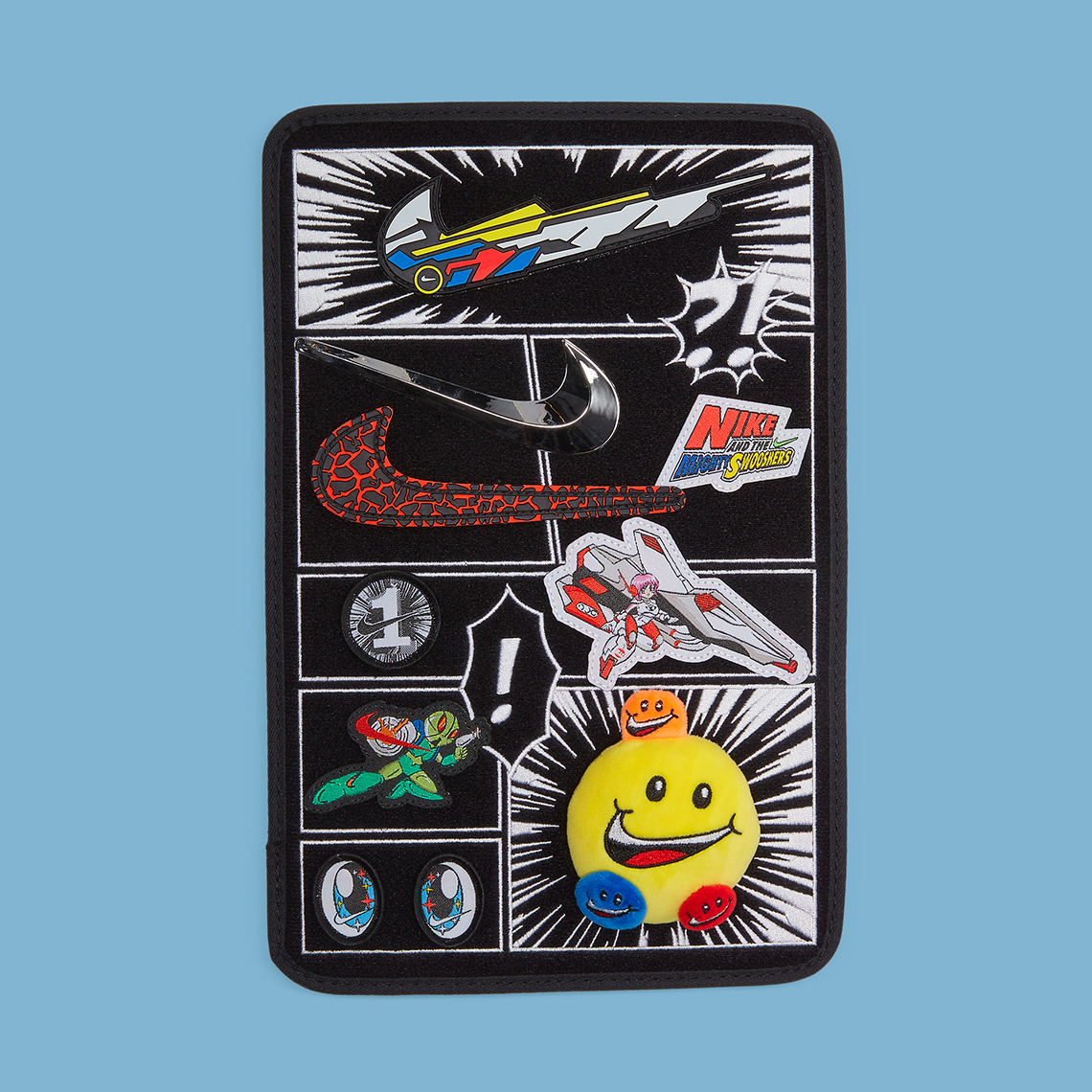 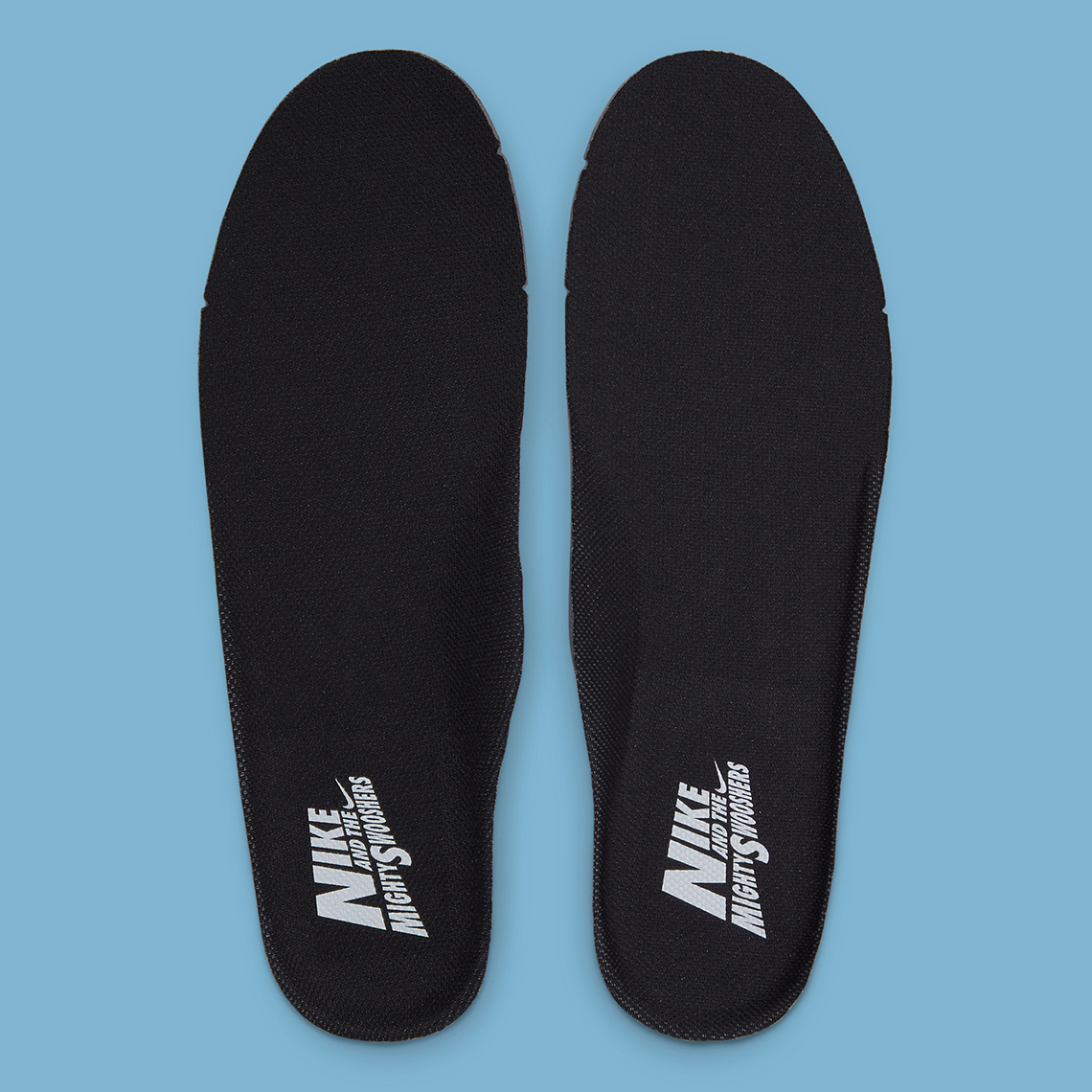