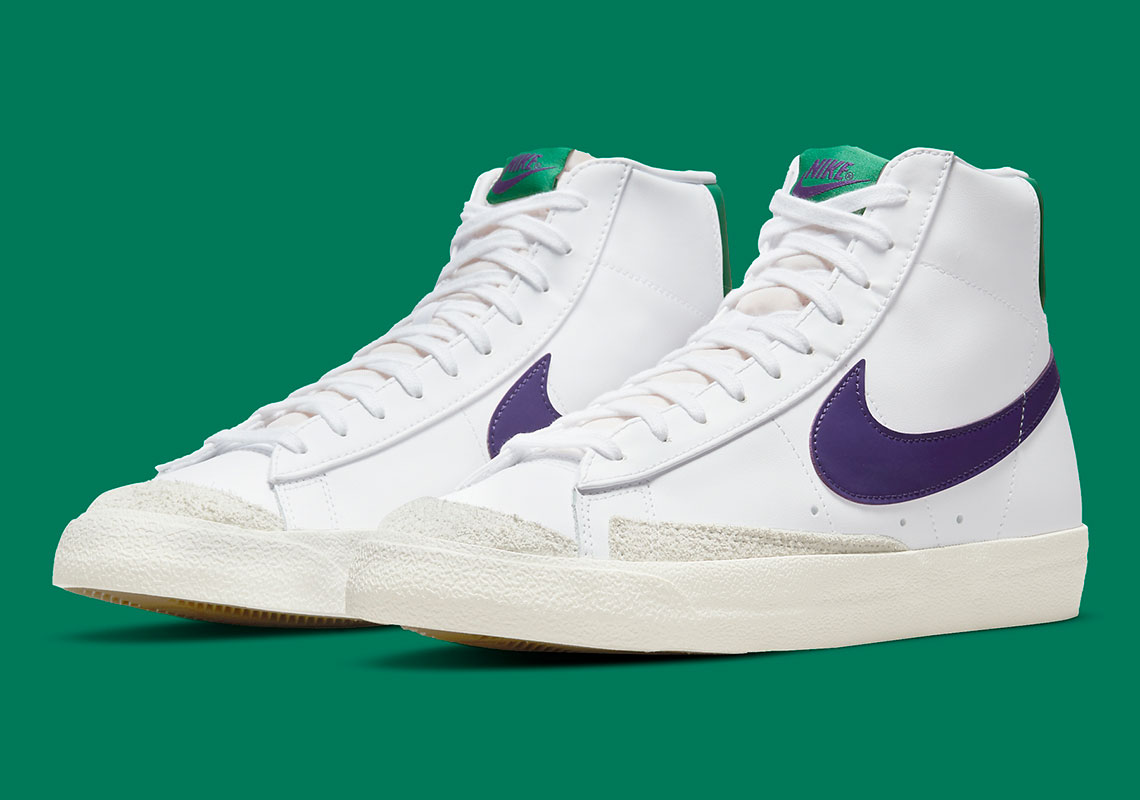 With the success of the 2019 “Joker” movie, it’s already been confirmed that a “Joker 2” is underway. Details about the sequel are still minimal—but Nike does have a release to keep DC fans occupied in the meantime. For an upcoming Nike Blazer Mid ’77, the Swoosh’s design team adds green and purple accents reminiscent of the villainous clown.

The new colorway sports the usual white smooth leather base that is complemented by neutral grey suede overlays on the toe and at the forefoot. Profile Swooshes flaunt a dark purple leather makeup, while the leather heel tab opts for green leather. Similar to the heel tab, the tongue label is also in green and features classic Nike branding in the aforementioned purple. An exposed foam tongue and white rubber midsole are among the standard Blazer Mid ’77 elements that have made their way onto this offering. A gum outsole with a Herringbone tread completes the design, which seems to be a take on a recently revealed Air Force 1.

Enjoy official images of the Blazer Mid ’77 below, which will be available at Nike.com in the near future at a price of $110.

For more by the Swoosh, check out the vibrant orange details of a new Nike Dunk High. 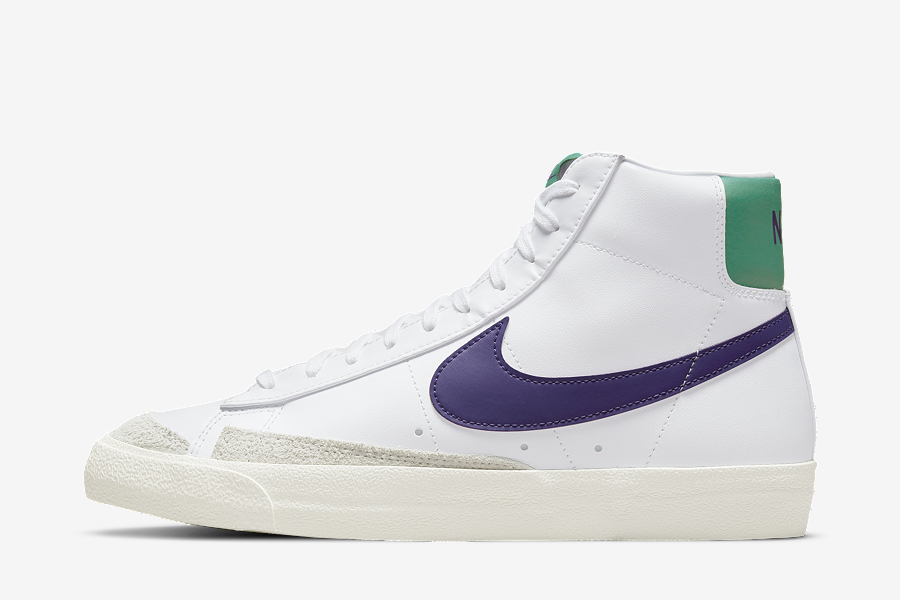 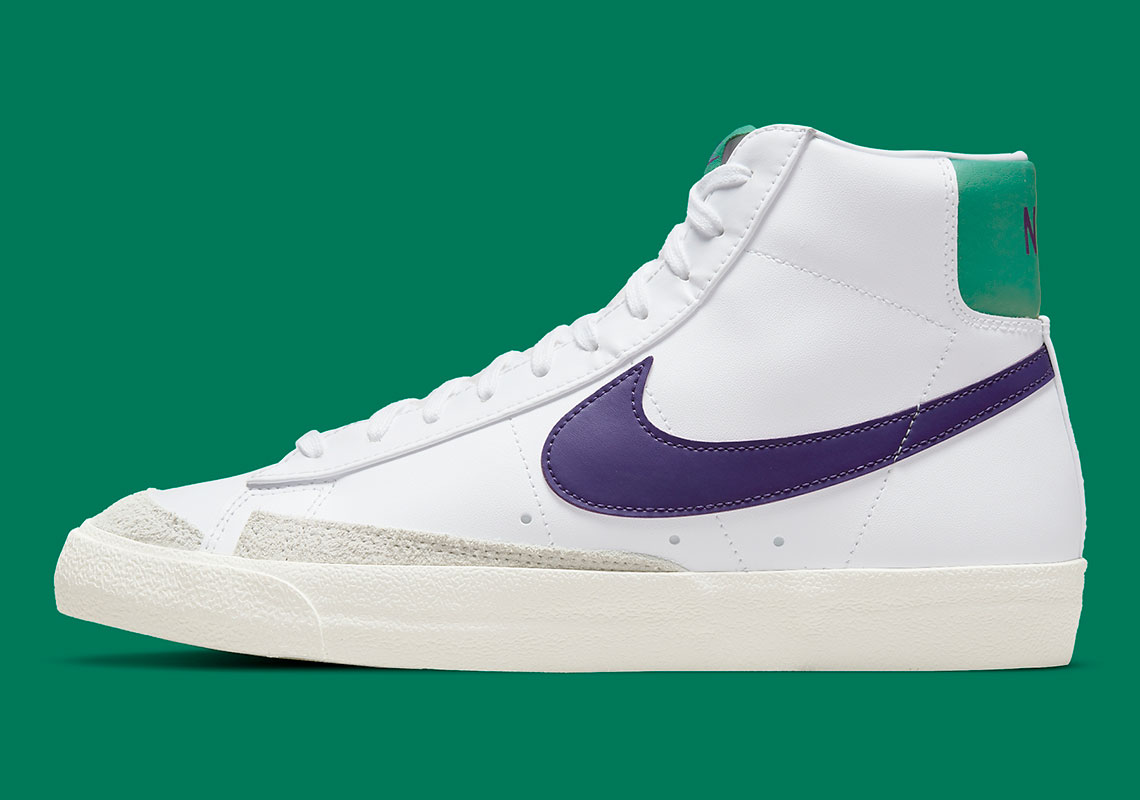 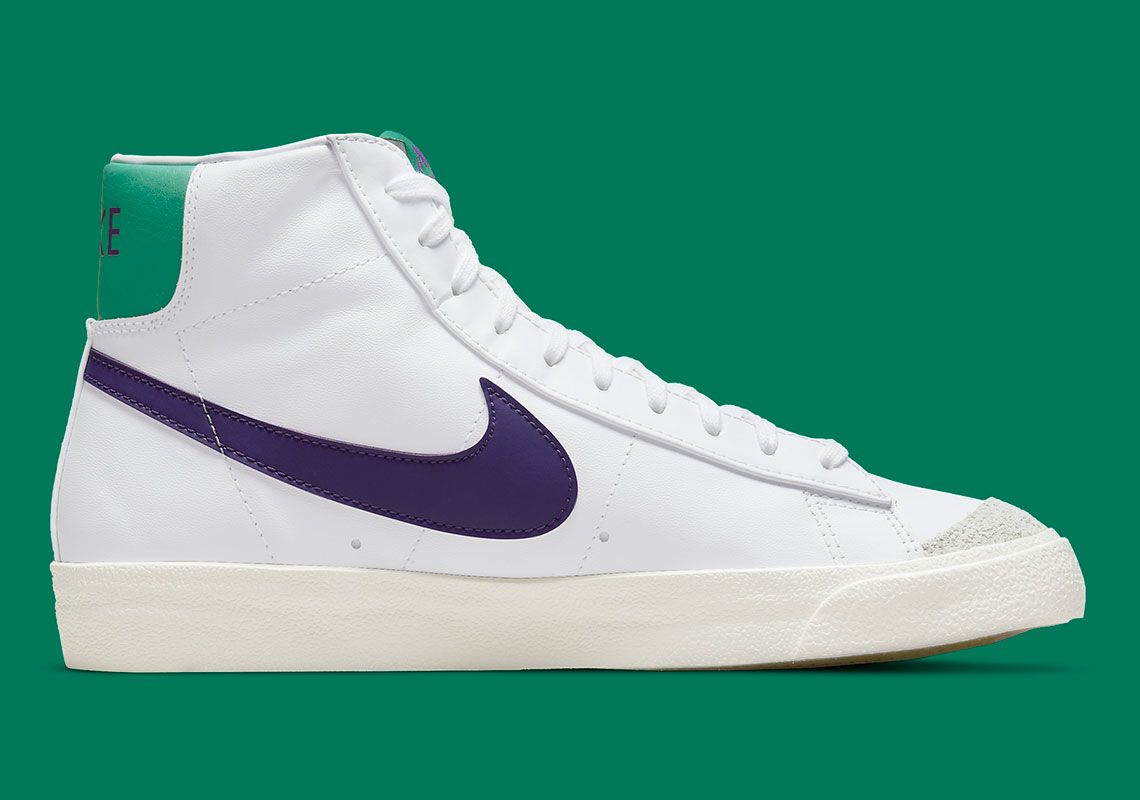 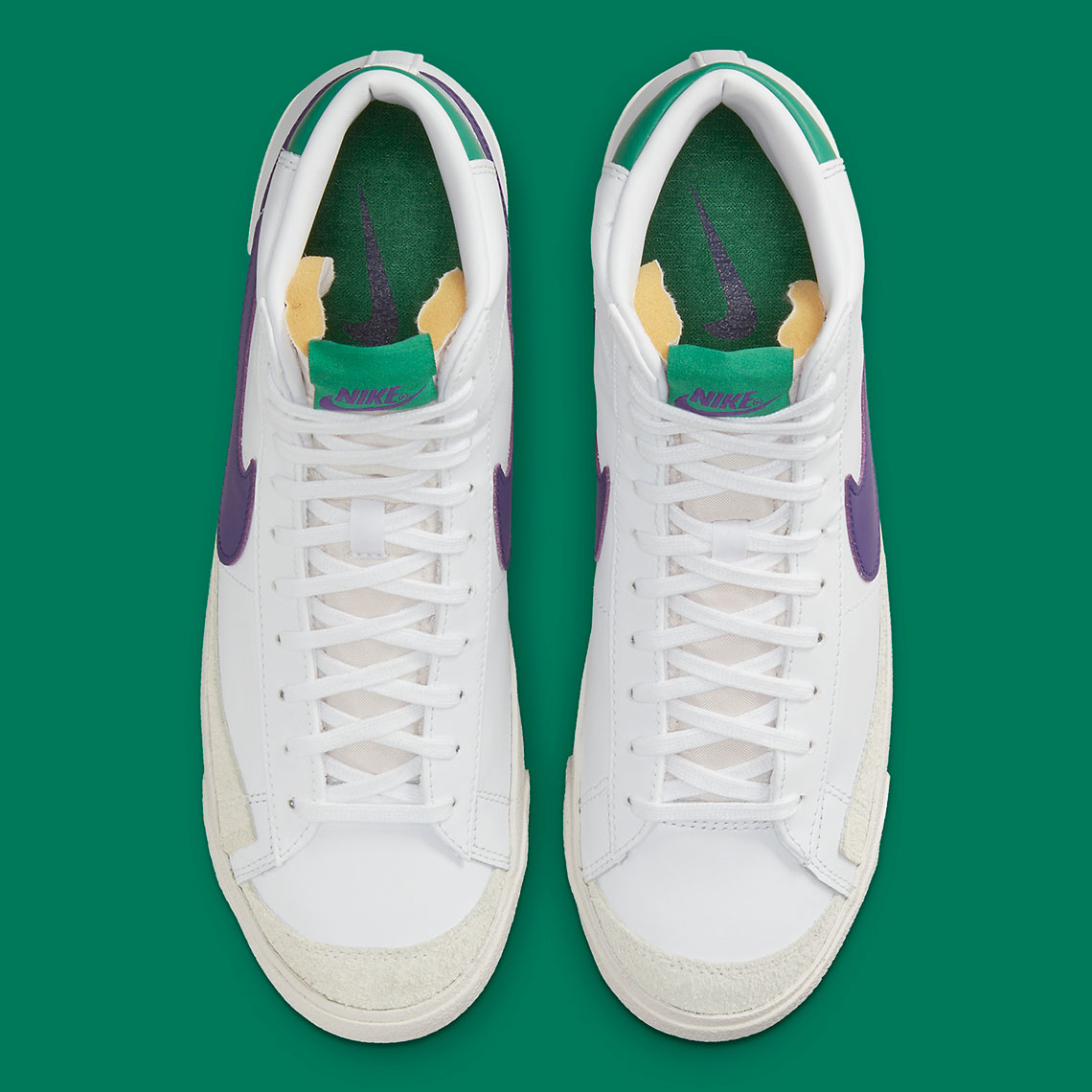 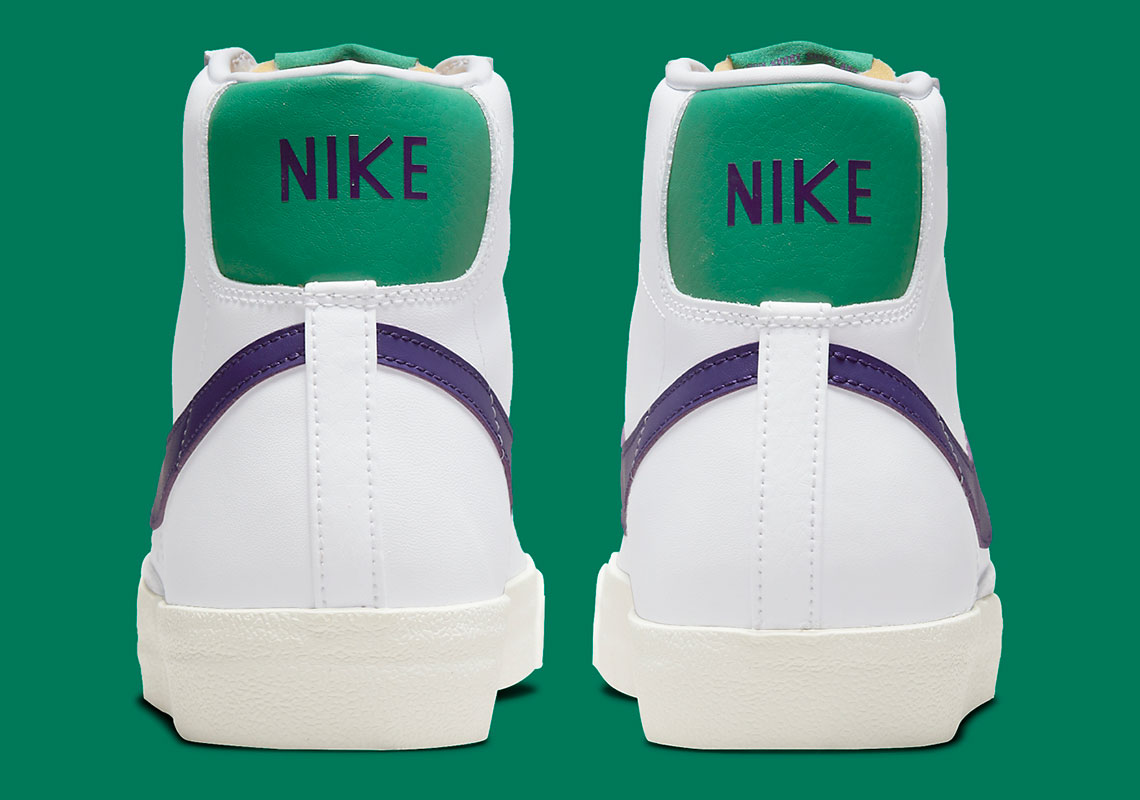 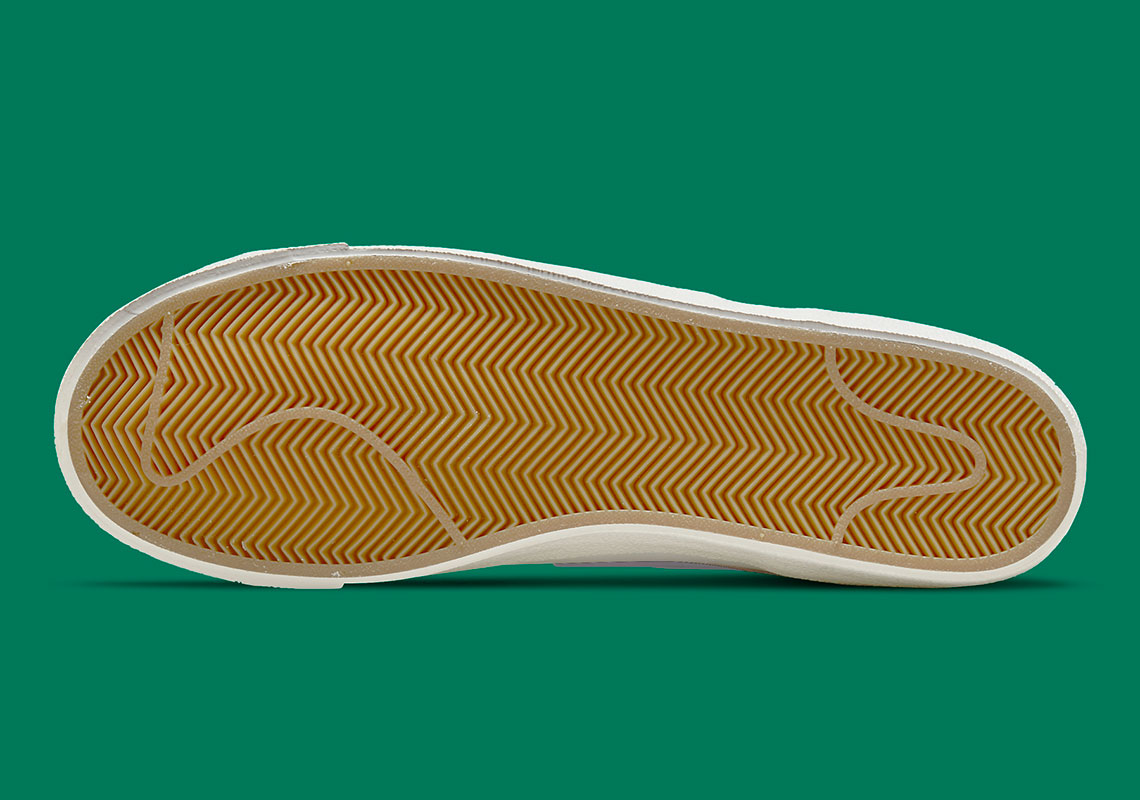 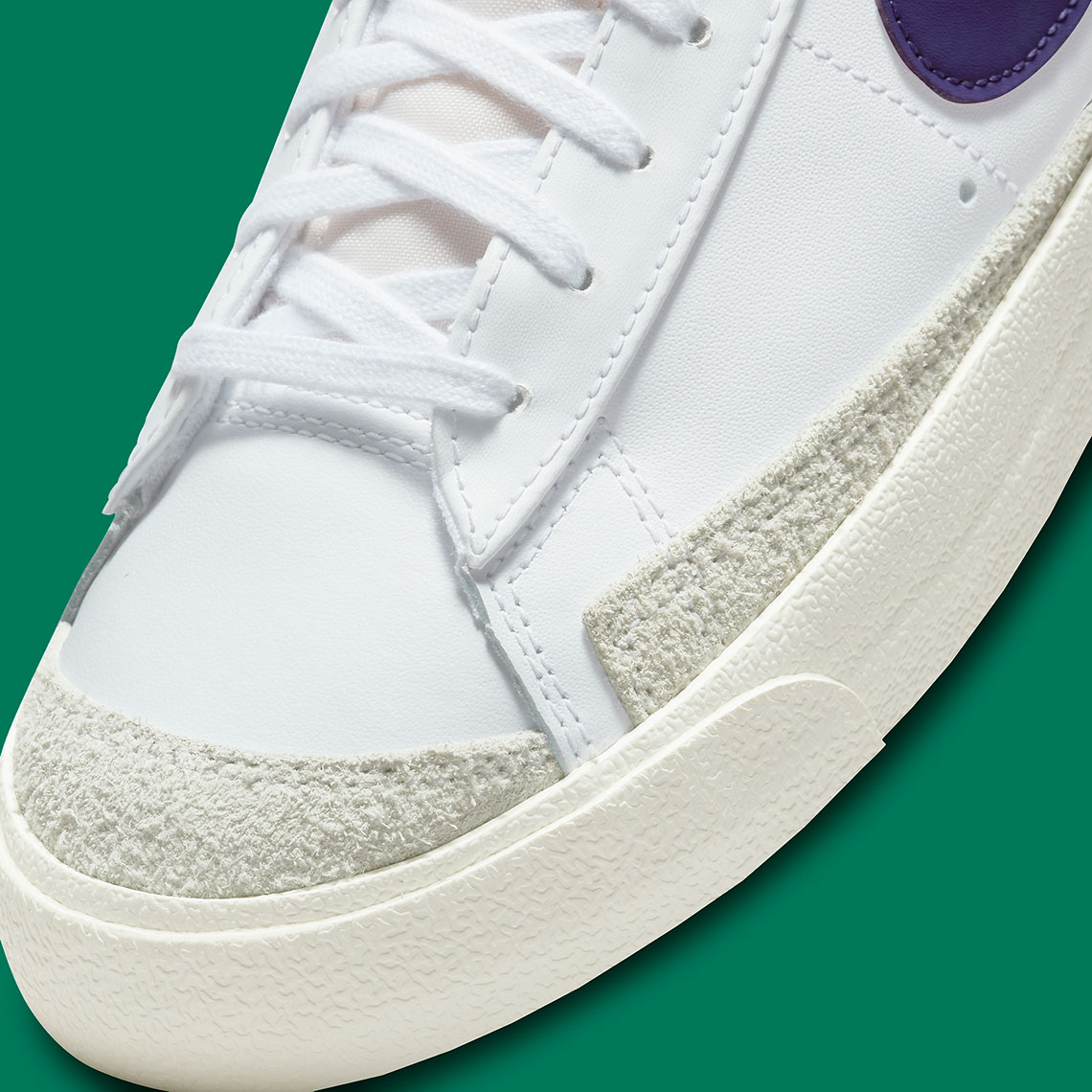 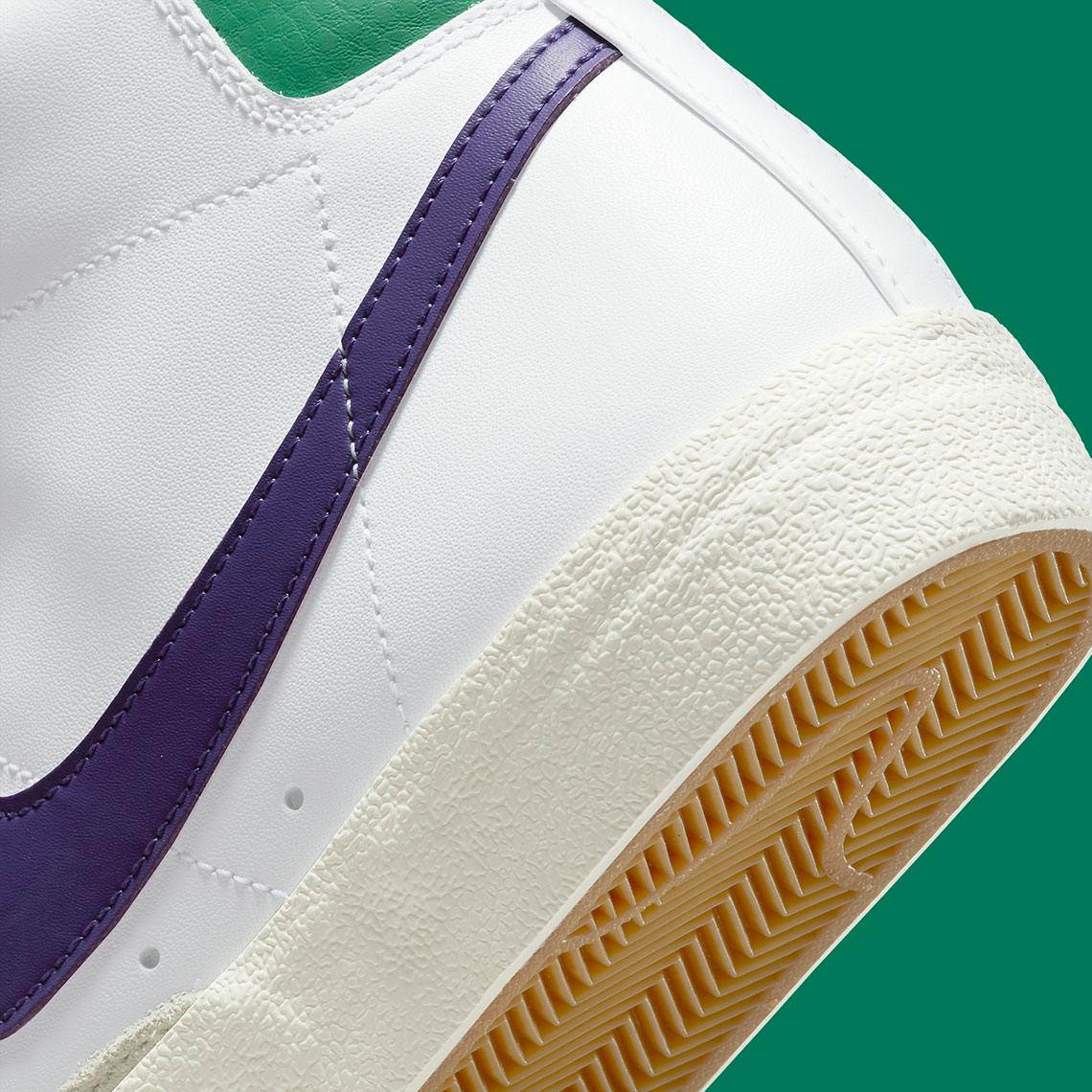