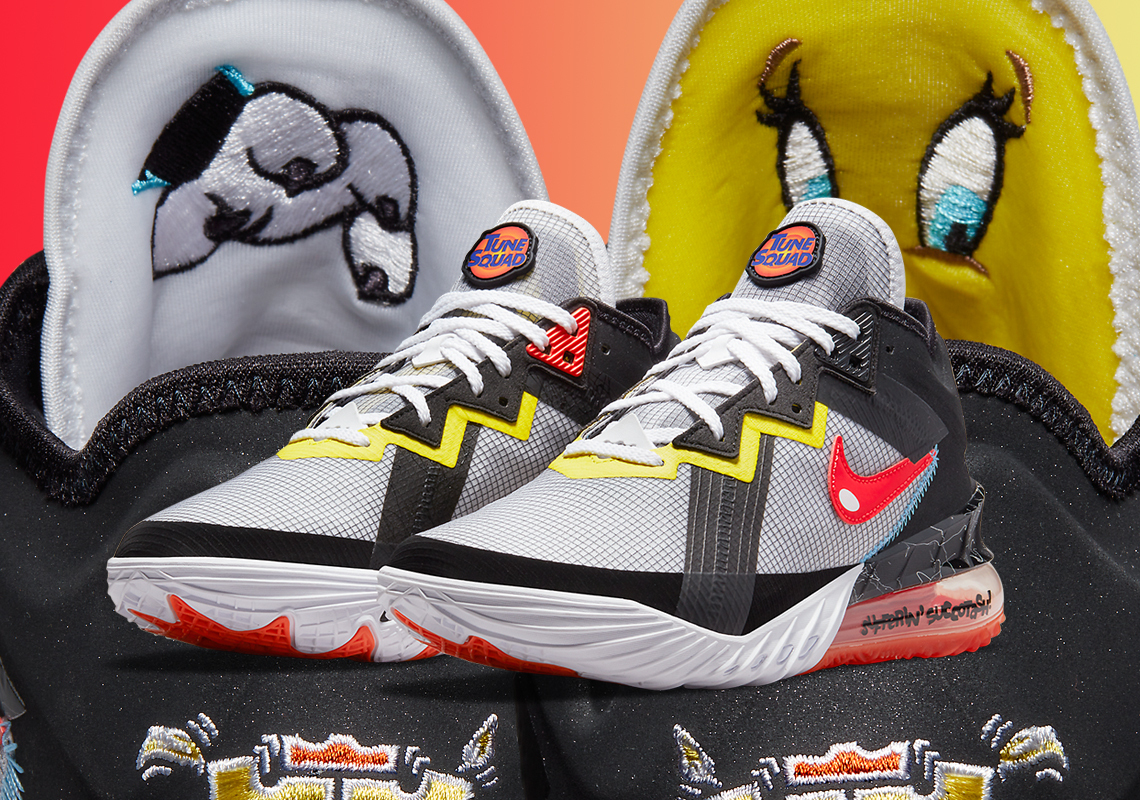 As LeBron James and his NIKE, Inc. family prepares for the official premiere of “Space Jam: A New Legacy” on July 16th, the parties have unveiled more and more footwear inspired by the film. In addition to special collaborations commemorating Lola and Bugs Bunny, Wile E. Coyote and Road Runner, a Nike LeBron 18 Low featuring Sylvester and Tweety has appeared.

Unlike previously-seen propositions under the blockbuster movie’s banner, the upcoming sneaker forgoes a mismatched color palette for an ensemble clearly meant to resemble Mr. Pussycat, Sr.’s “tuxedo” look. The predominantly greyscale makeup that takes over the basketball shoe’s performance upper is complemented by vibrant hits of red, yellow and blue, with the latter two tones nodding to Sylvester’s arch-enemy, Tweety. Tongues’ undersides feature embroidered imagery related to each character; elsewhere, the supporting Tune Squad members land on the sock-liner, while two of their most iconic catchphrases land on the vibrant orange Air Max-unit underfoot.

Enjoy official images of the thematic pair ahead, and anticipate a Nike SNKRS release on July 16th.

For more from under the NIKE, Inc. empire, check out the Air Jordan 1 “Dark Marina Blue” expect to launch in early 2022. 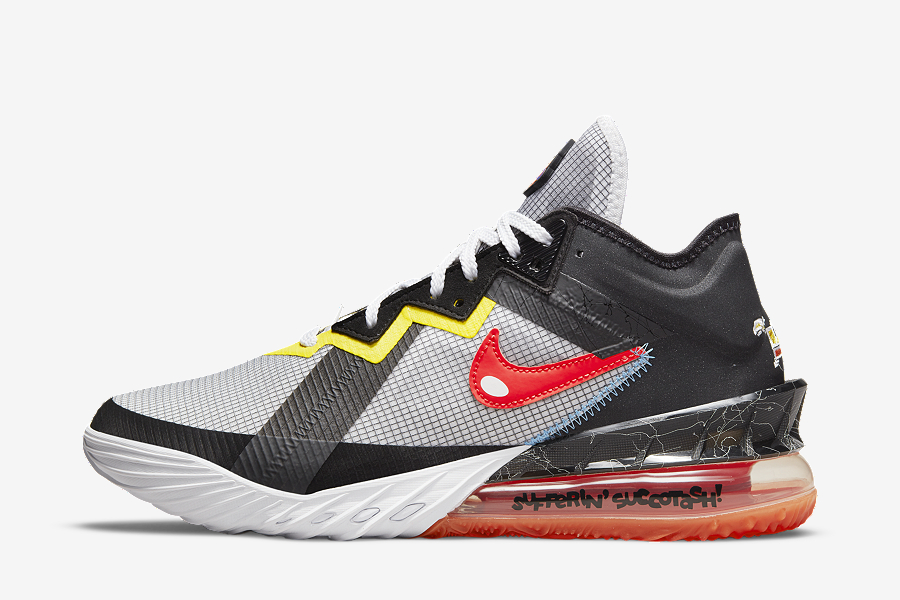 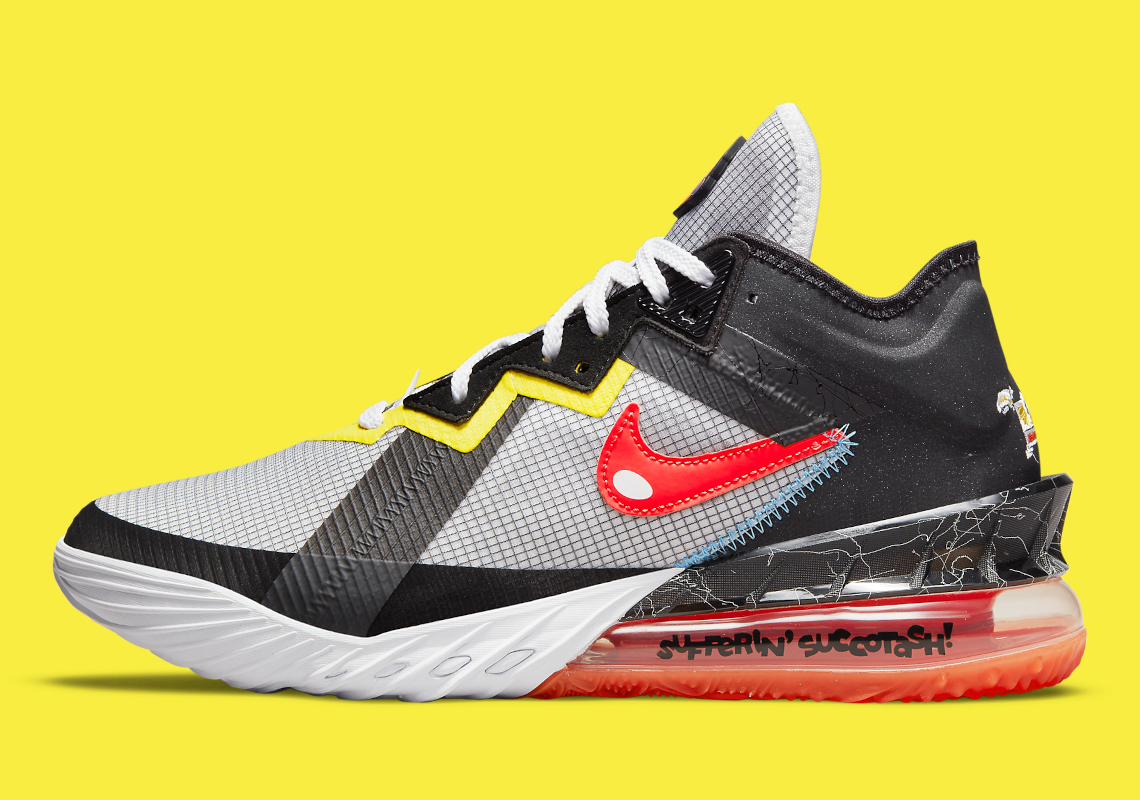 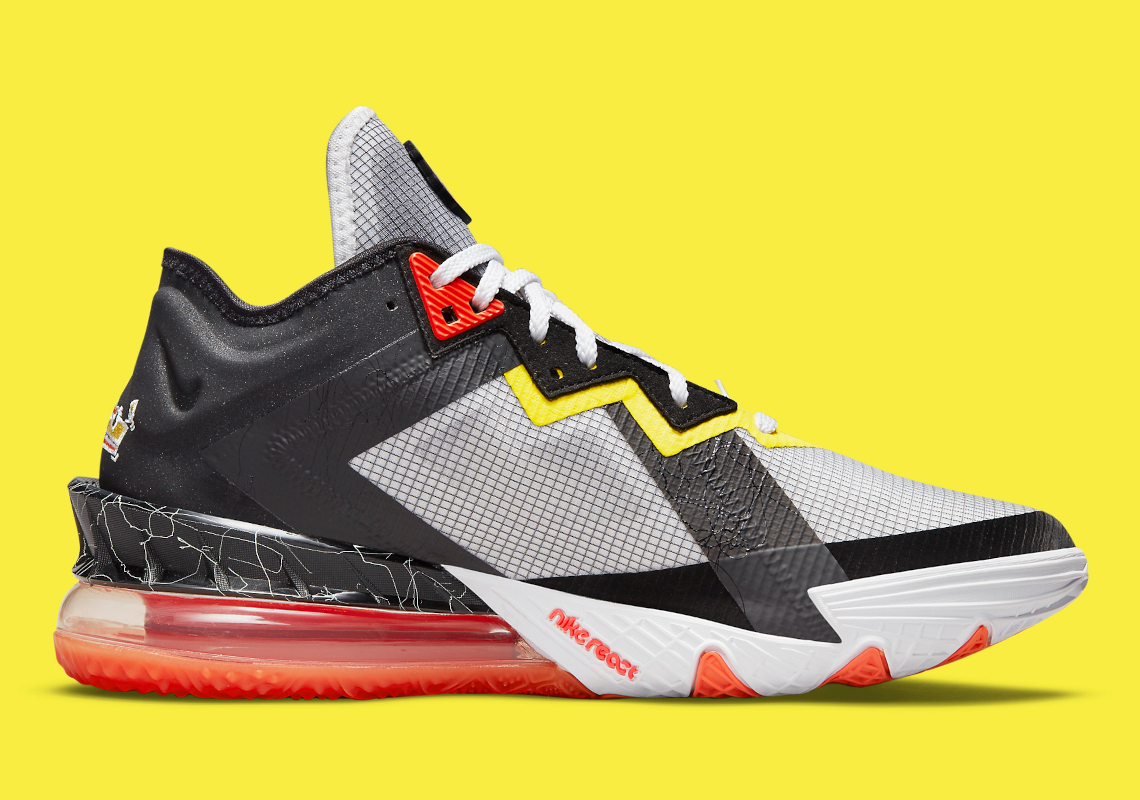 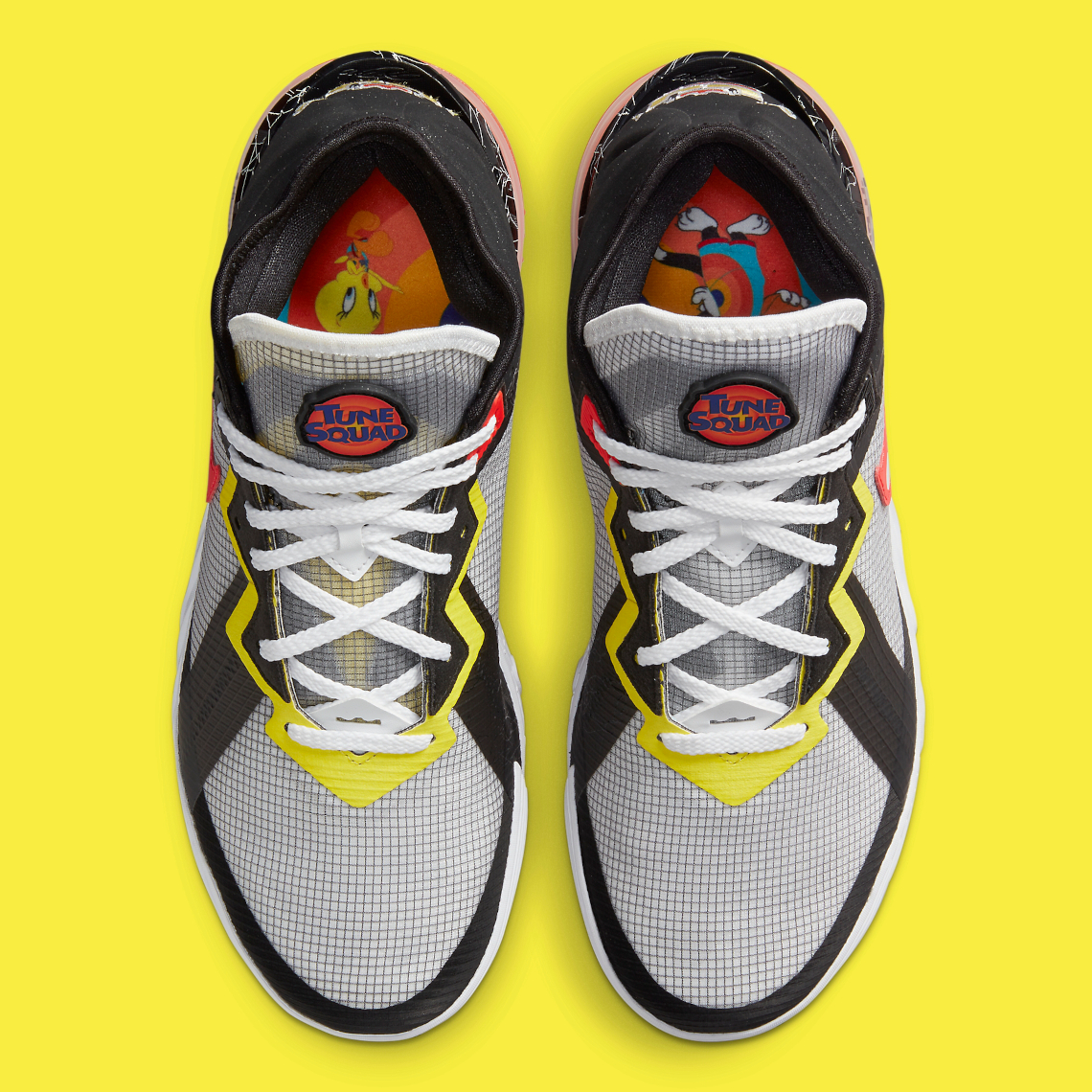 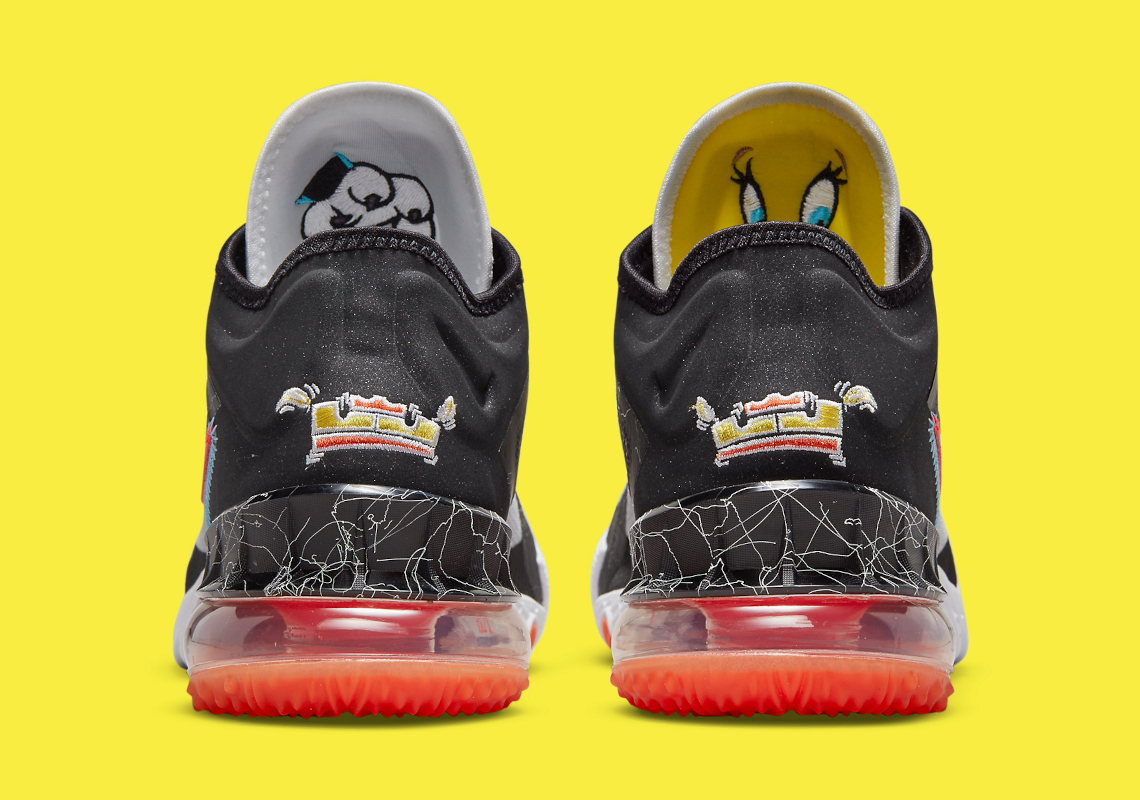 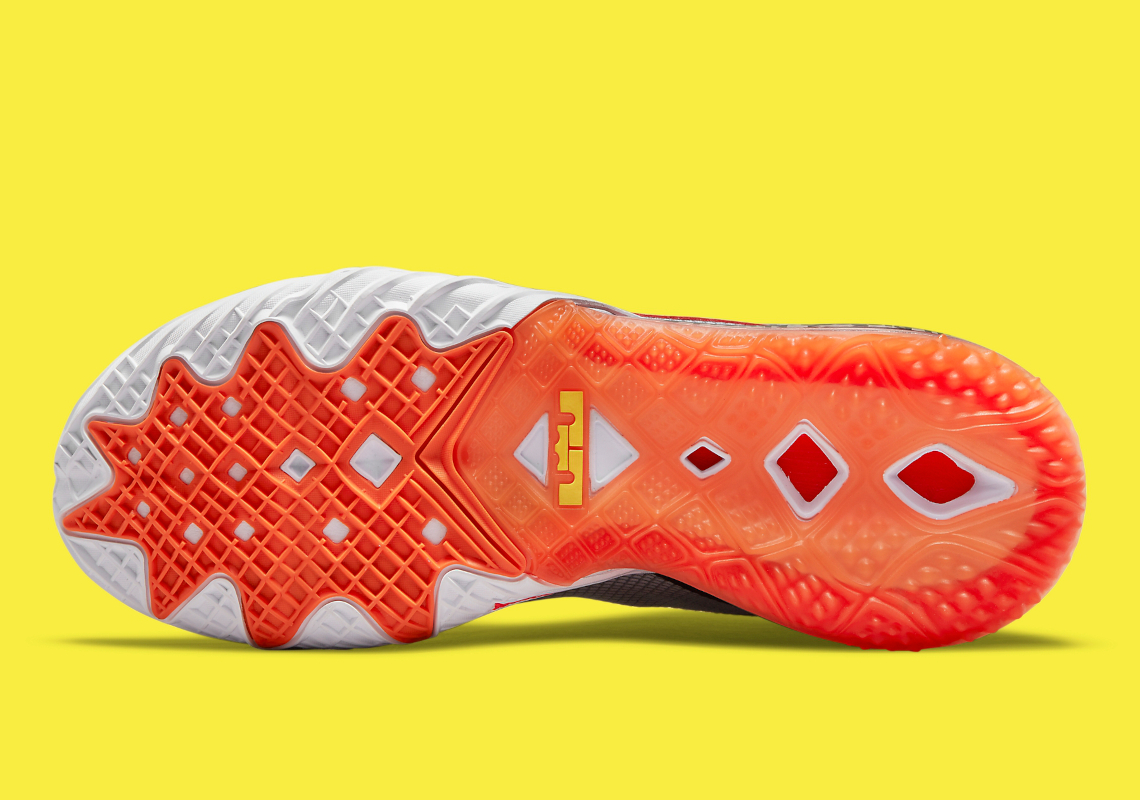 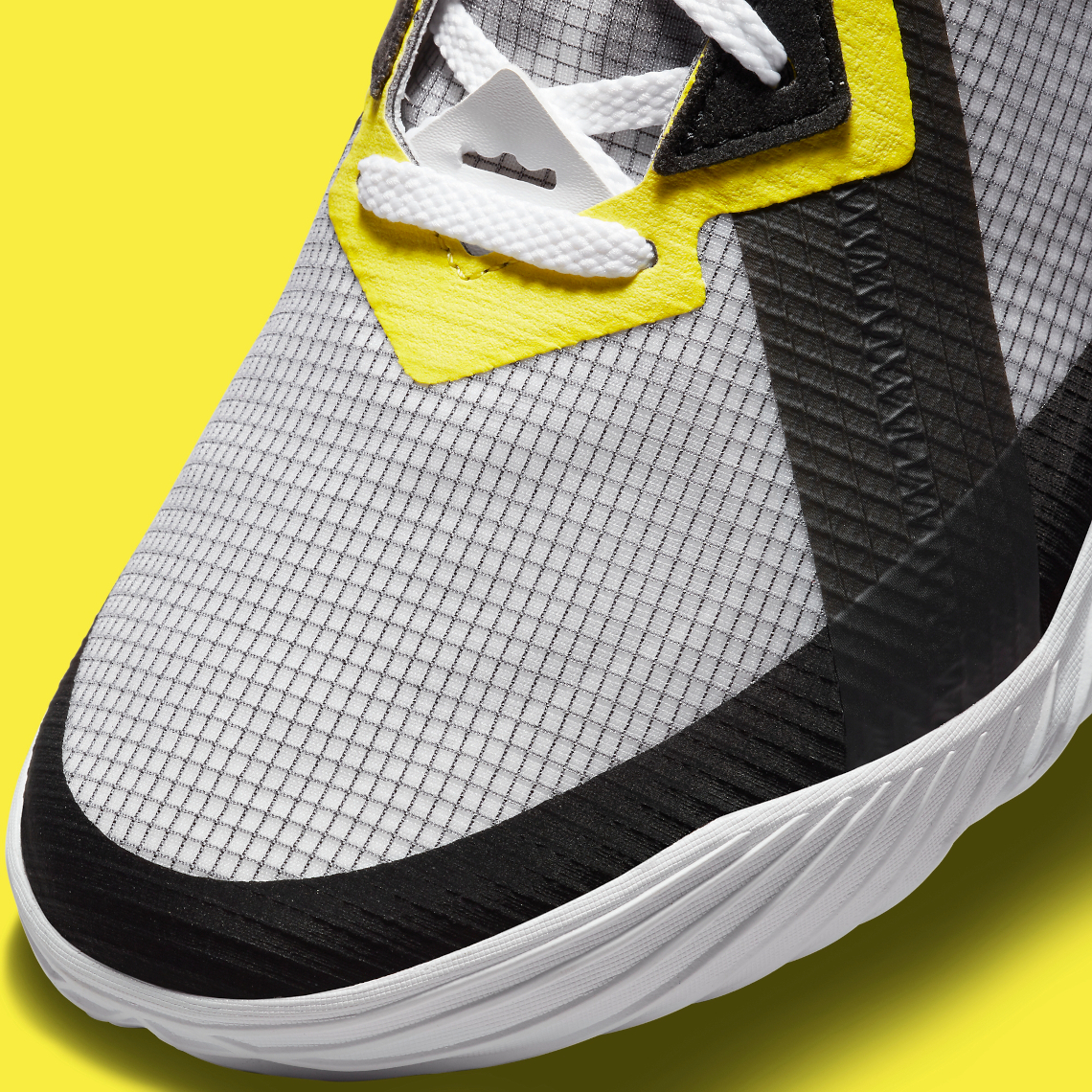 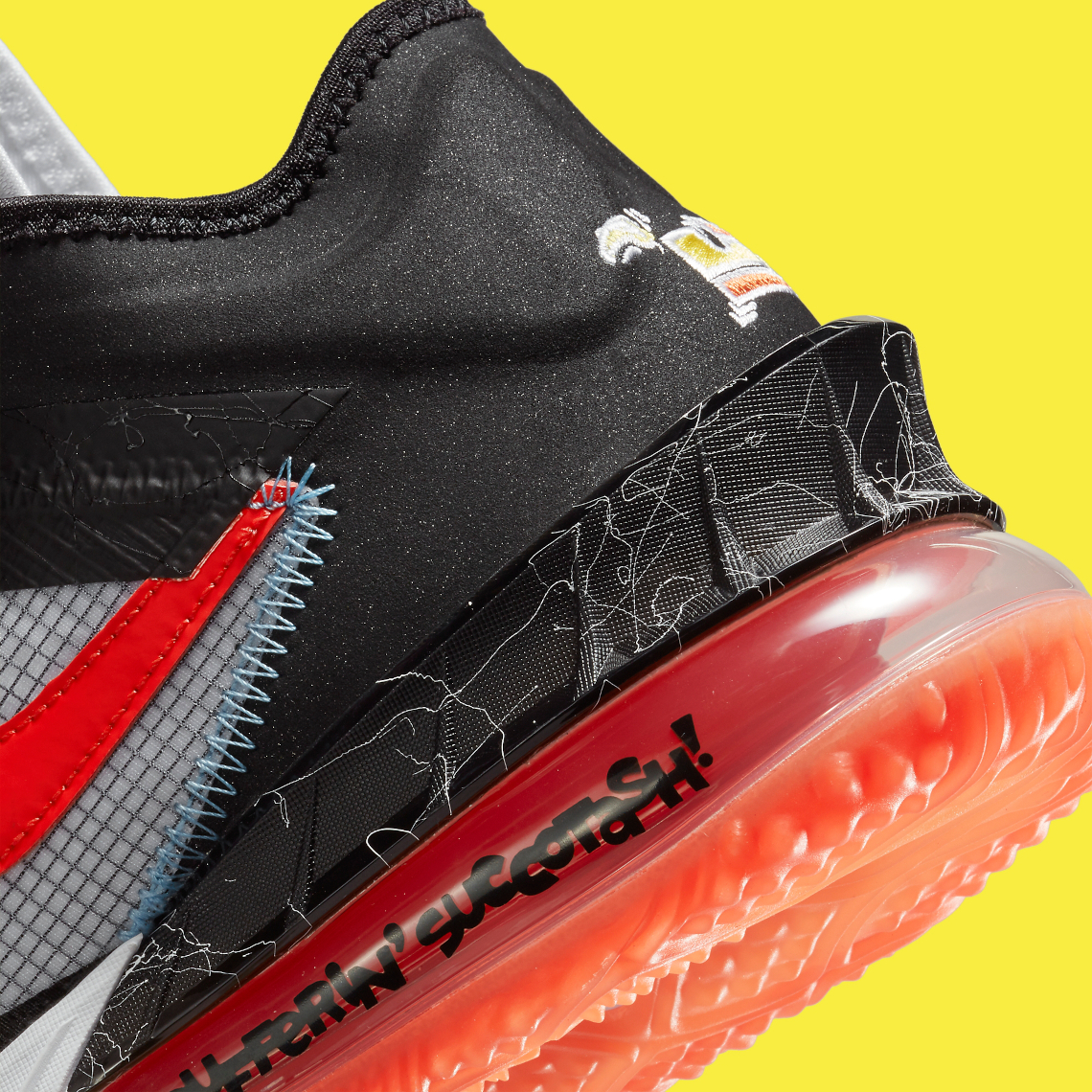 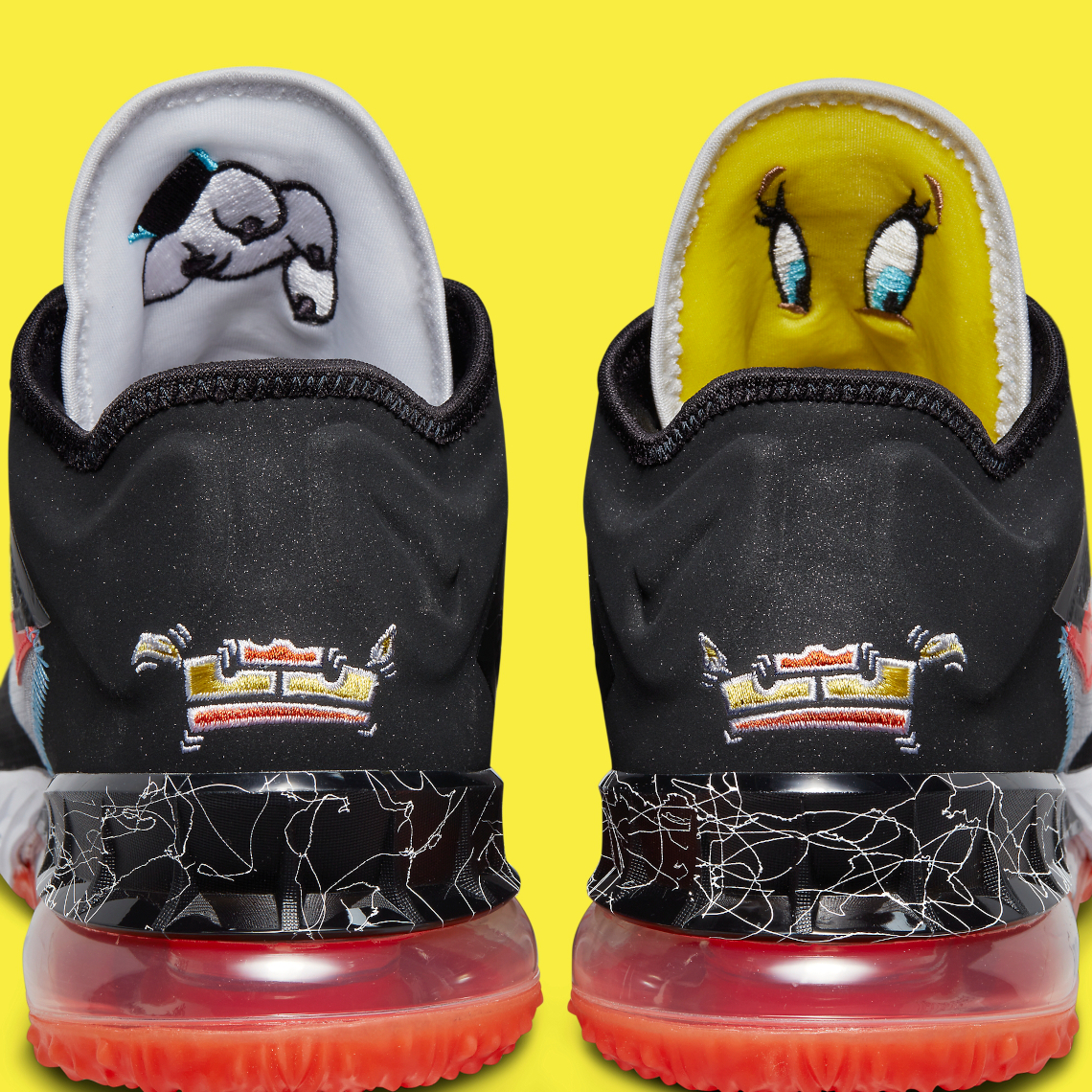 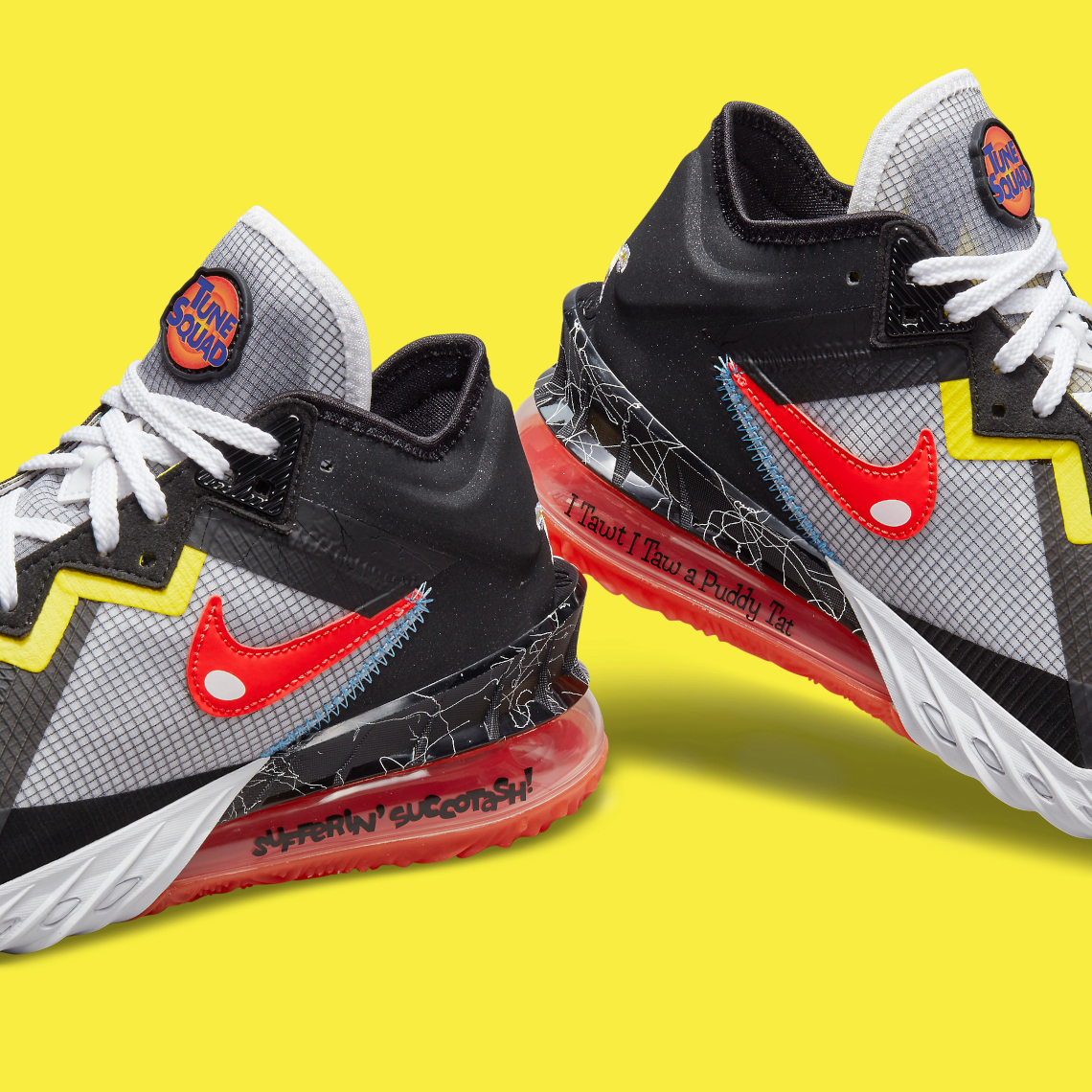 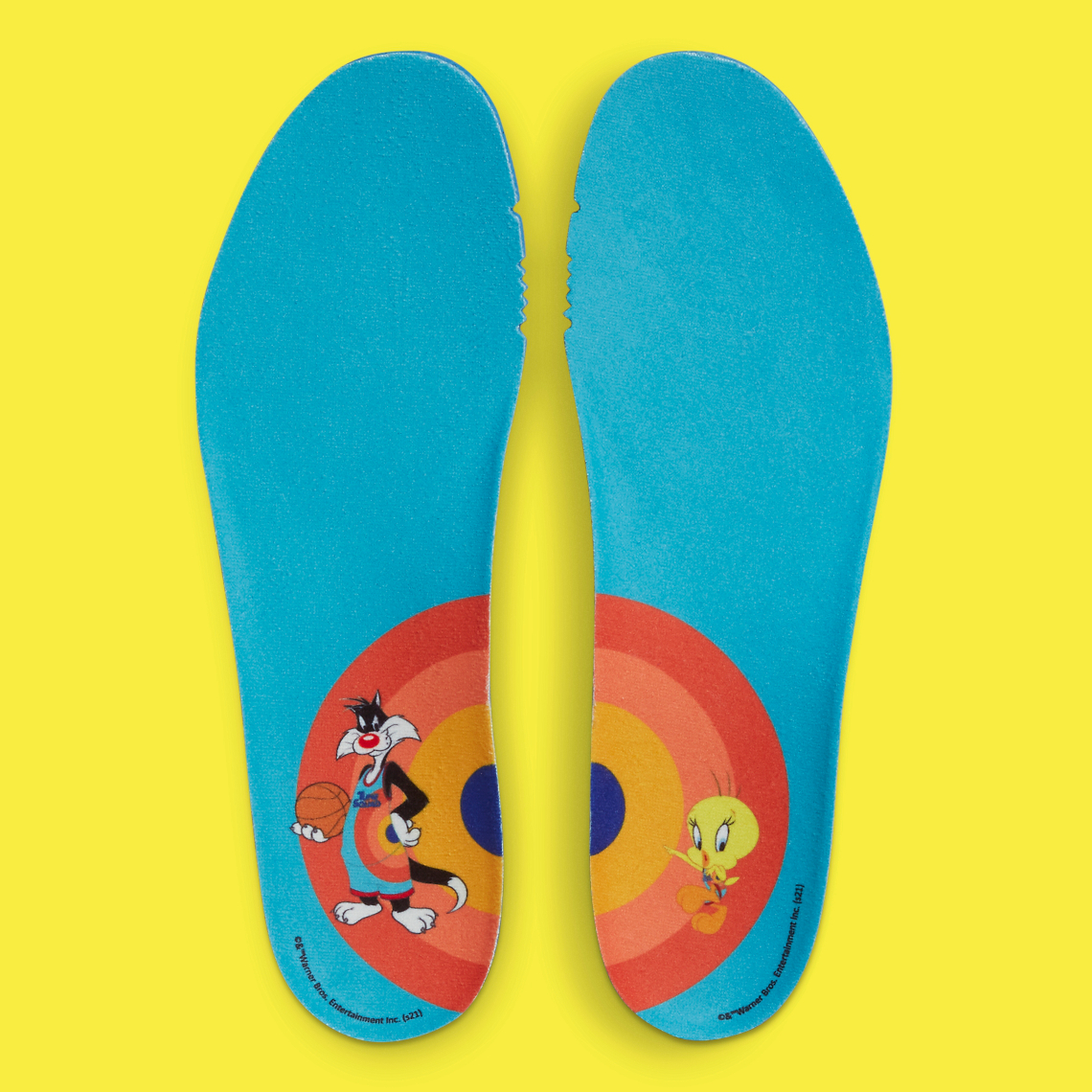