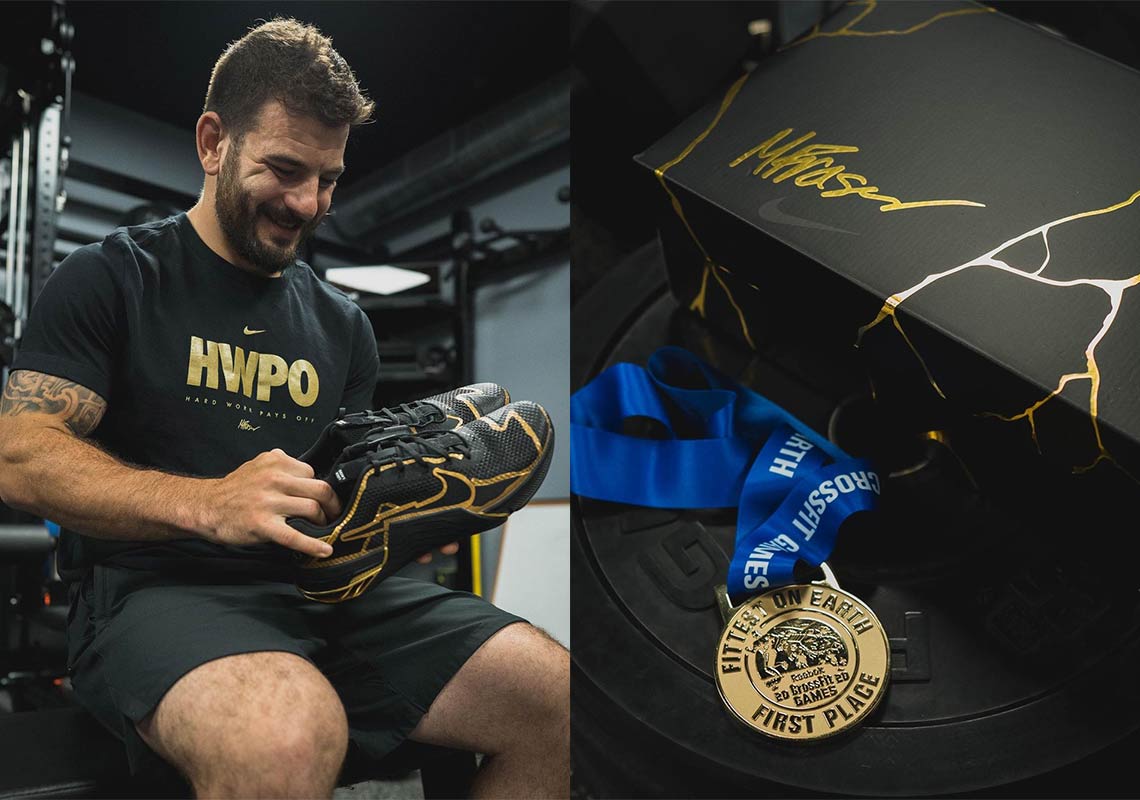 Nike Training has long-endorsed Mat Fraser, the athlete crowned fittest man on the planet a total of five times so far. And with such a title, it’s no surprise the athlete has his own shoe, one the footwear brand has cultivated iteratively since 2018. Today, Fraser’s Metcon 7 was officially debuted, clad in themes commemorative of both his “Broken to Best” story as well as the people who have supported him on that journey.

Fraser’s crowning achievement footwear-wise, this Metcon 7 subtly embodies the “Broken to Best” story, with cracks filled with gold a la the Japanese technique Kintsugi. This inspiration is mirrored even along the box, whose various additions closely mirror the art’s existing works. The shoe itself is similarly treated as the gilded finish embellishes the blacked out upper from the toe through the jagged Swoosh, eyestay, and heel. Moreover, you can find Fraser’s signature along the medial side and two insole prints that likely celebrate the family and friends behind the curtain.

For a closer, official look, peer below. A release is expected to hit Nike.com and select retailers this July.

In other news, the Jordan 4 White Oreo releases this weekend. 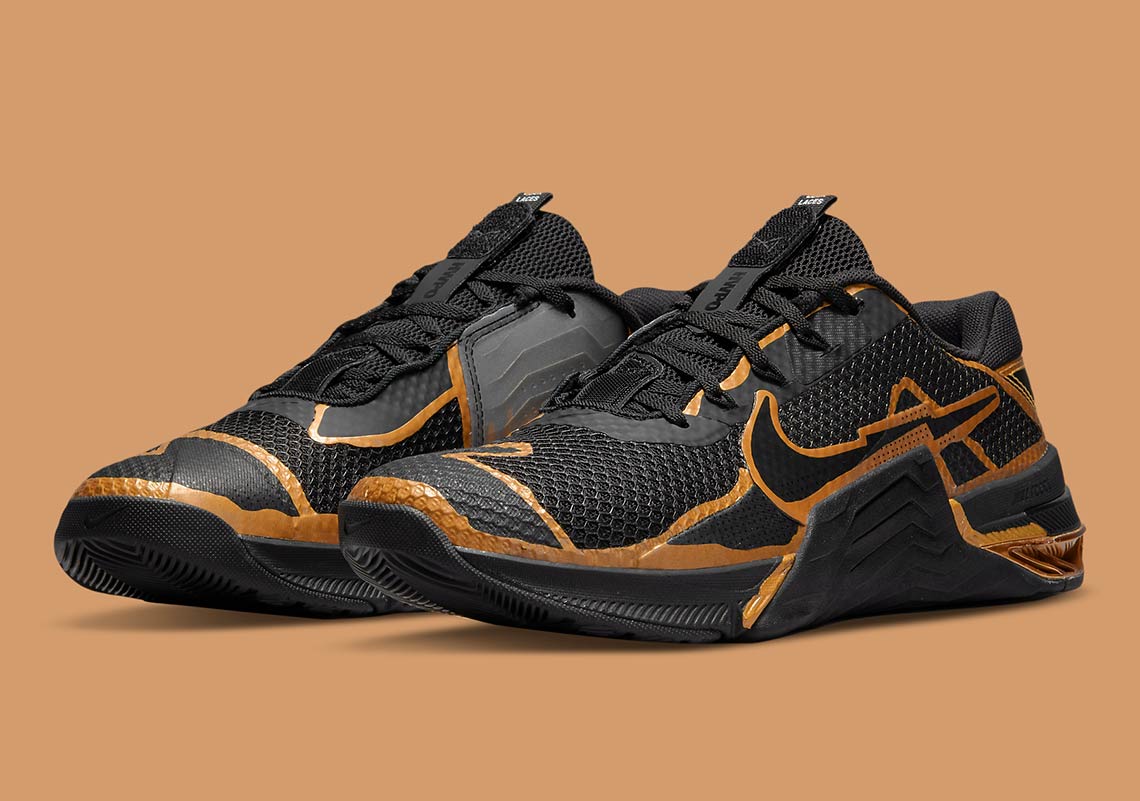 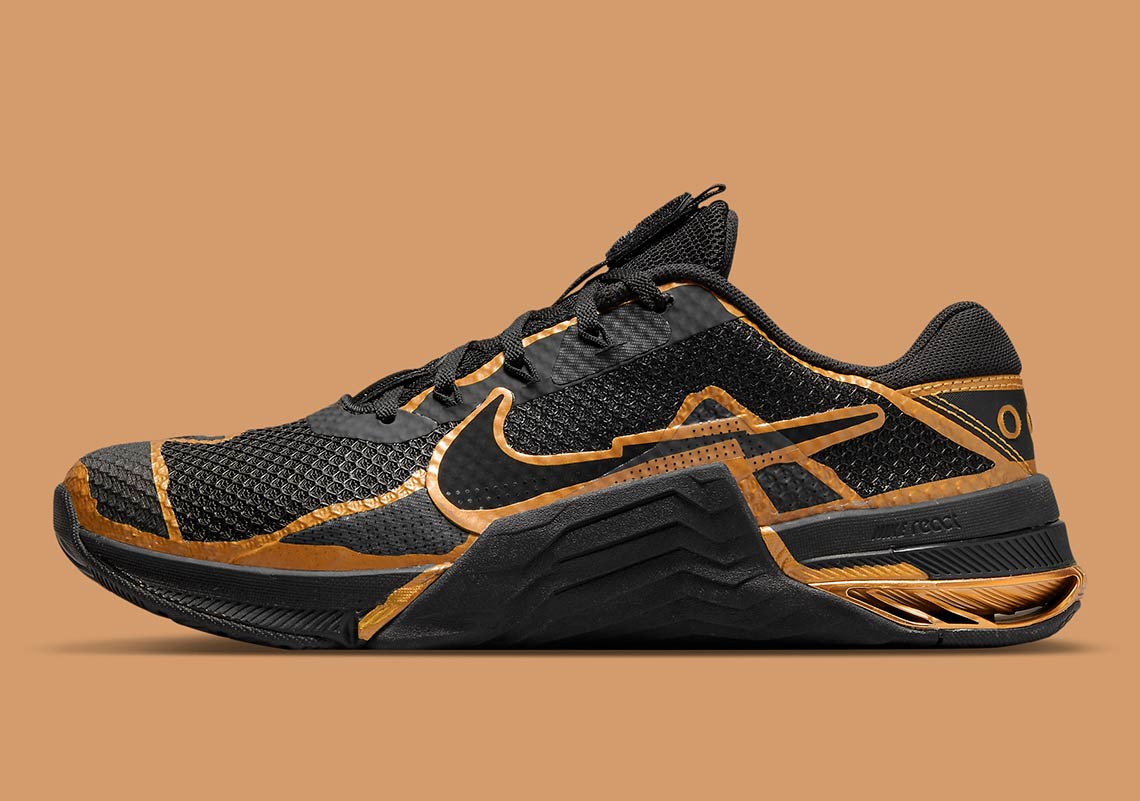 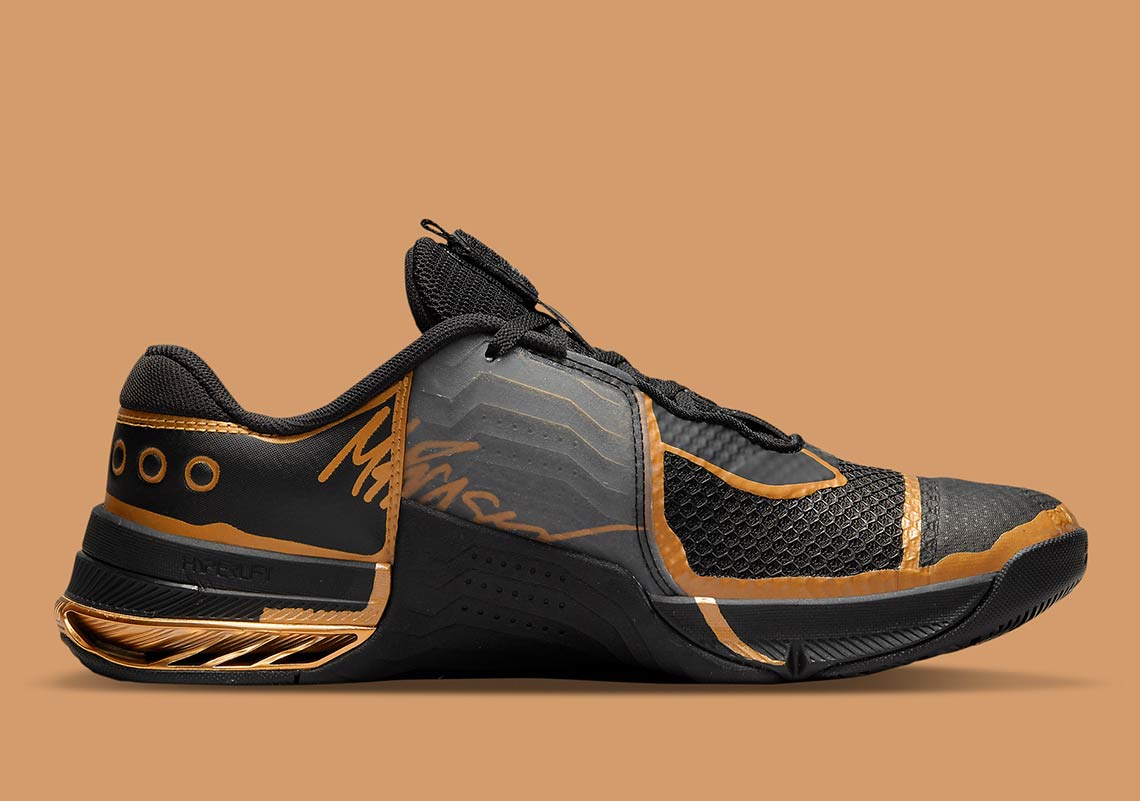 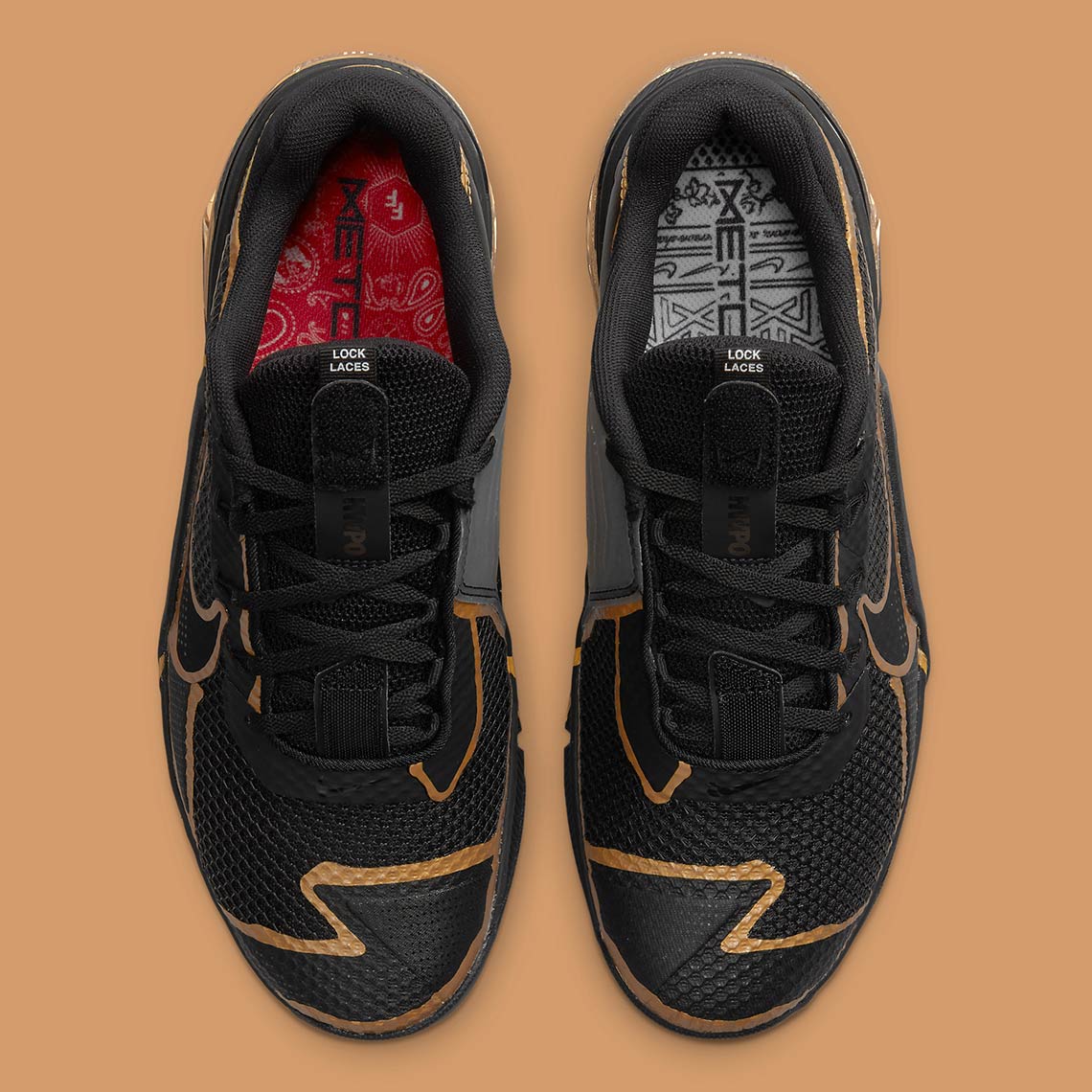 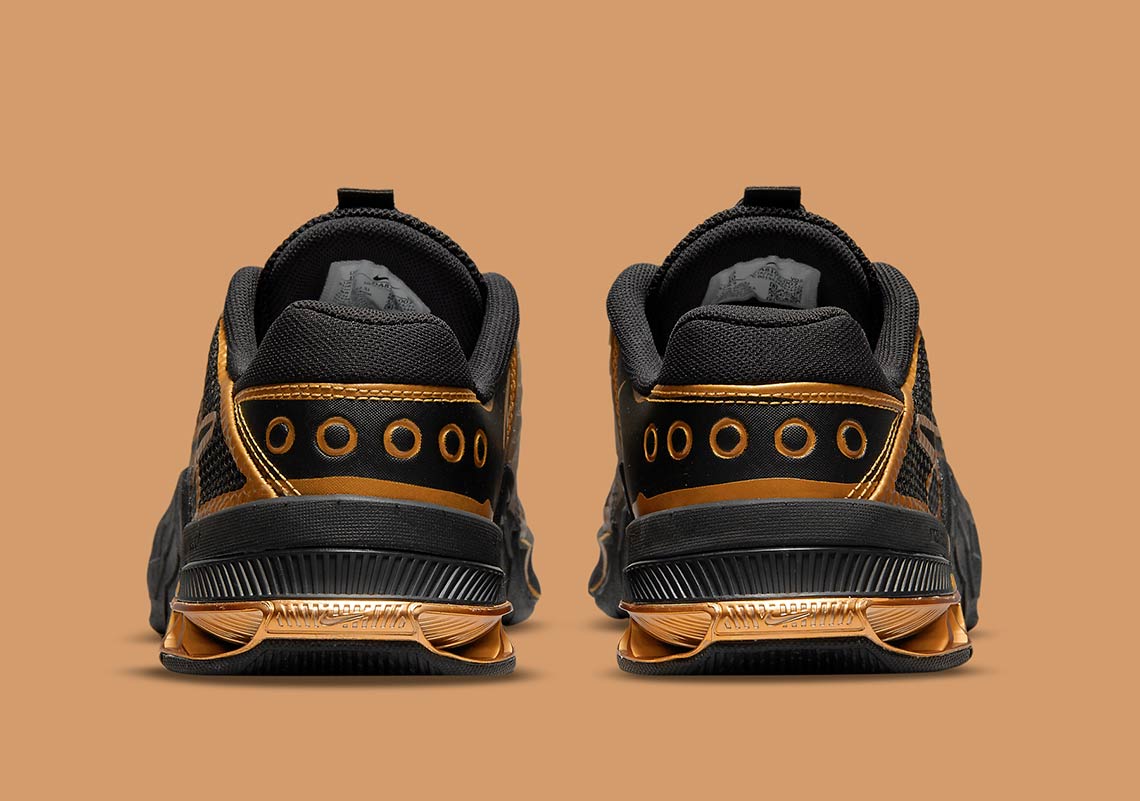 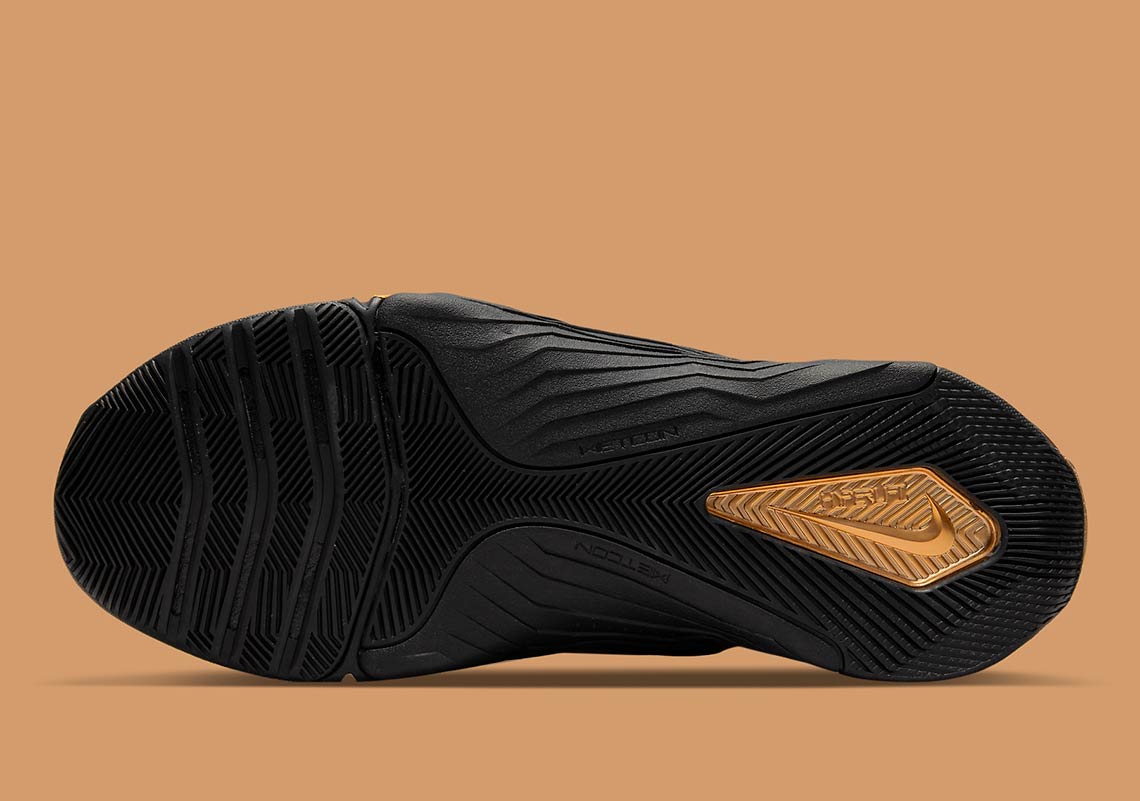 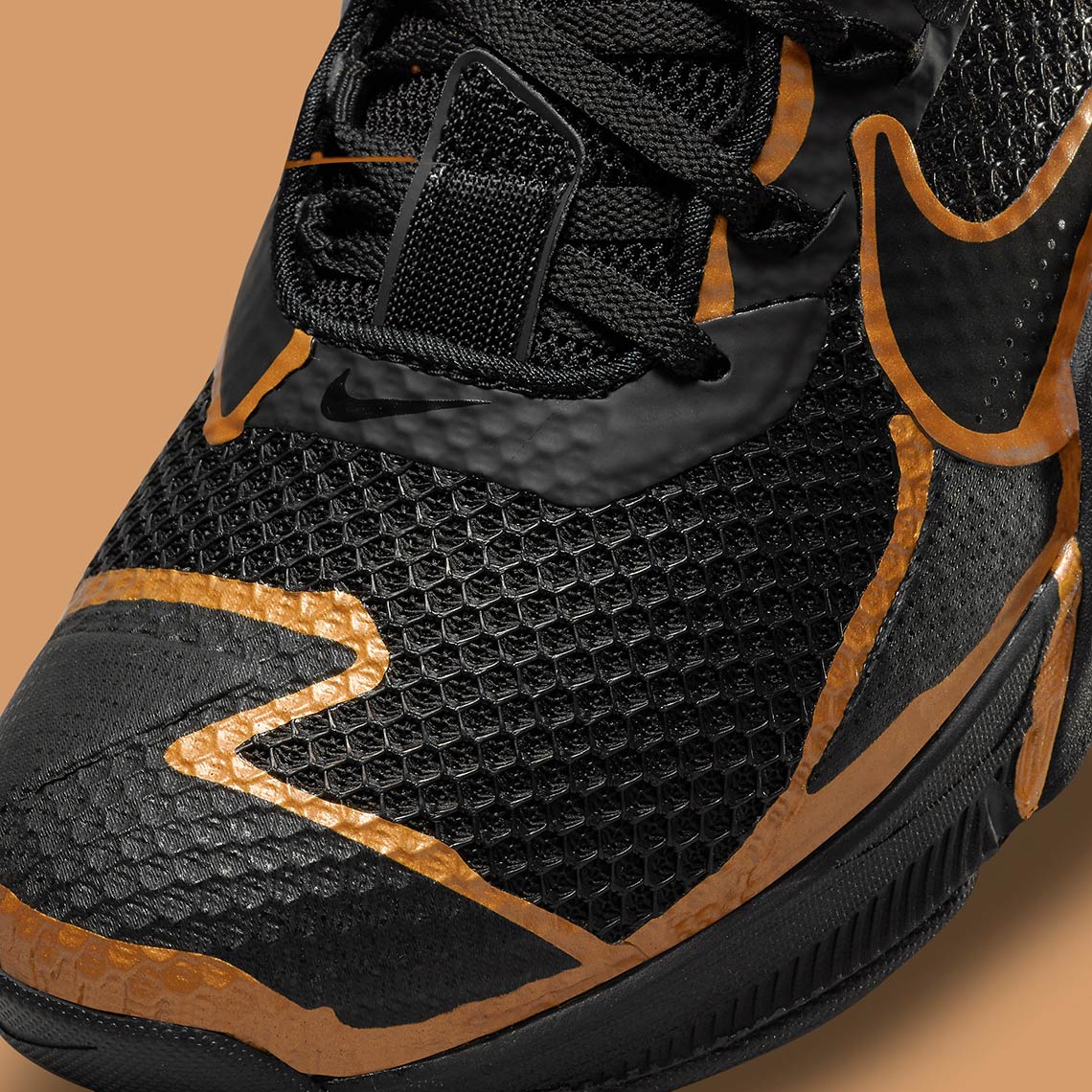 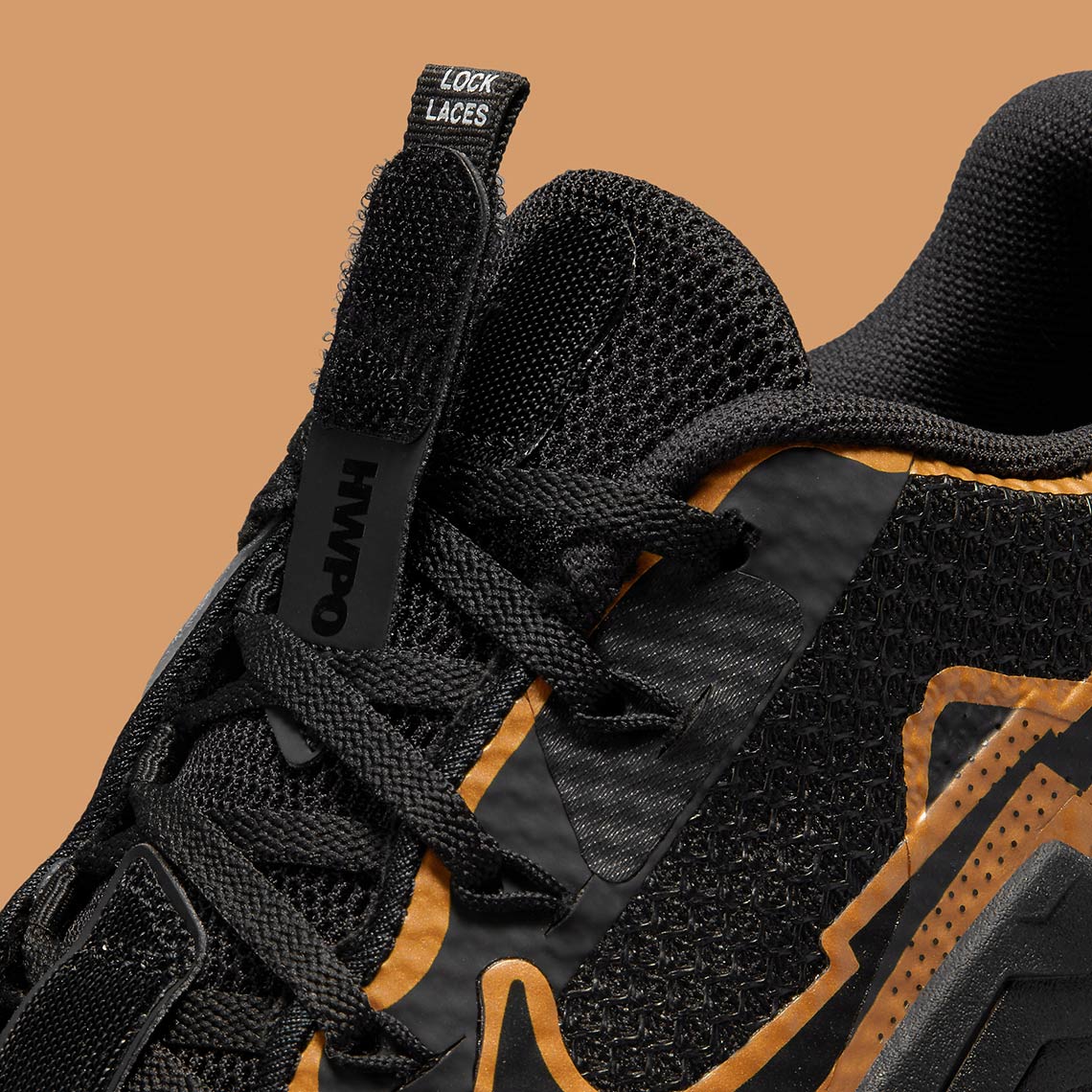 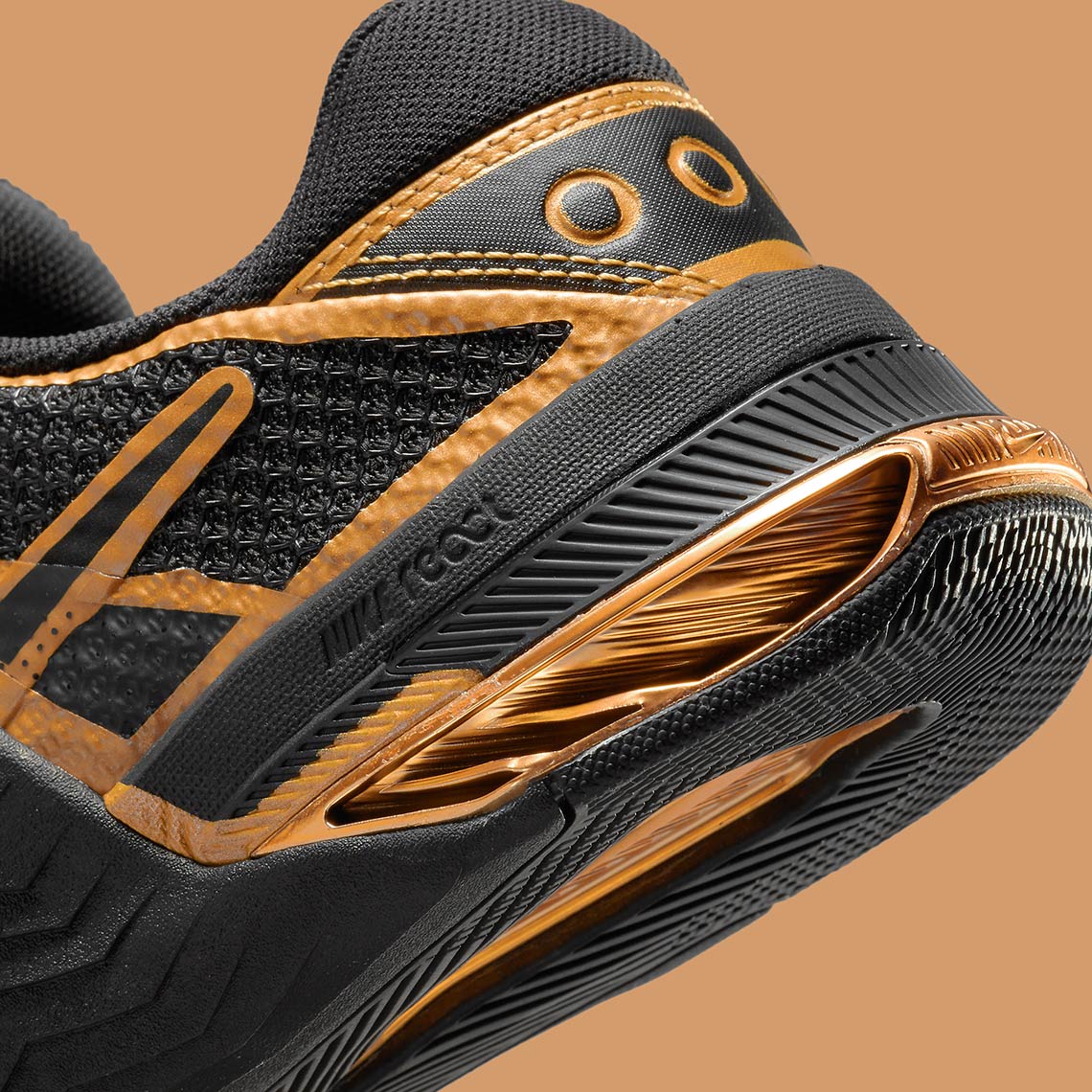 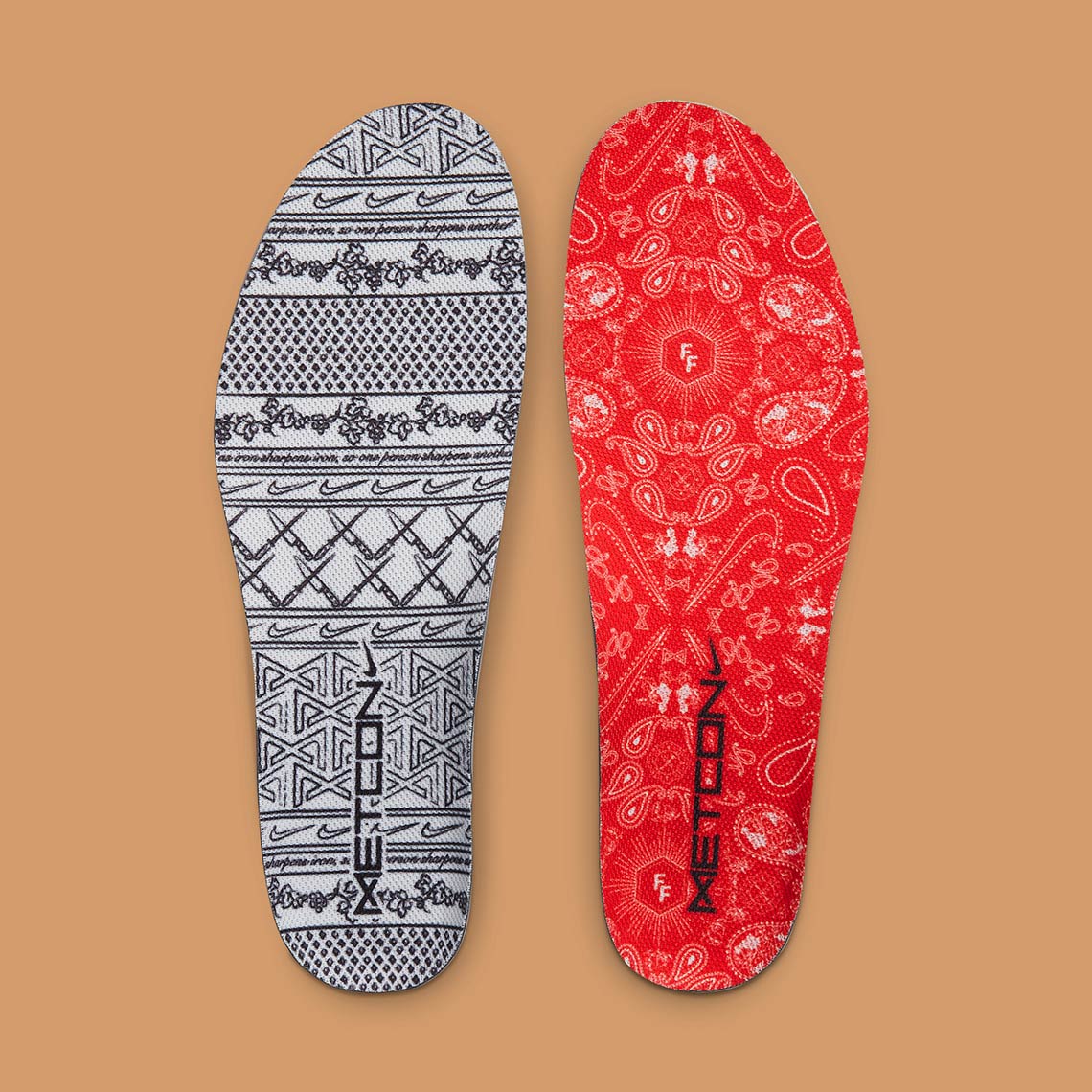