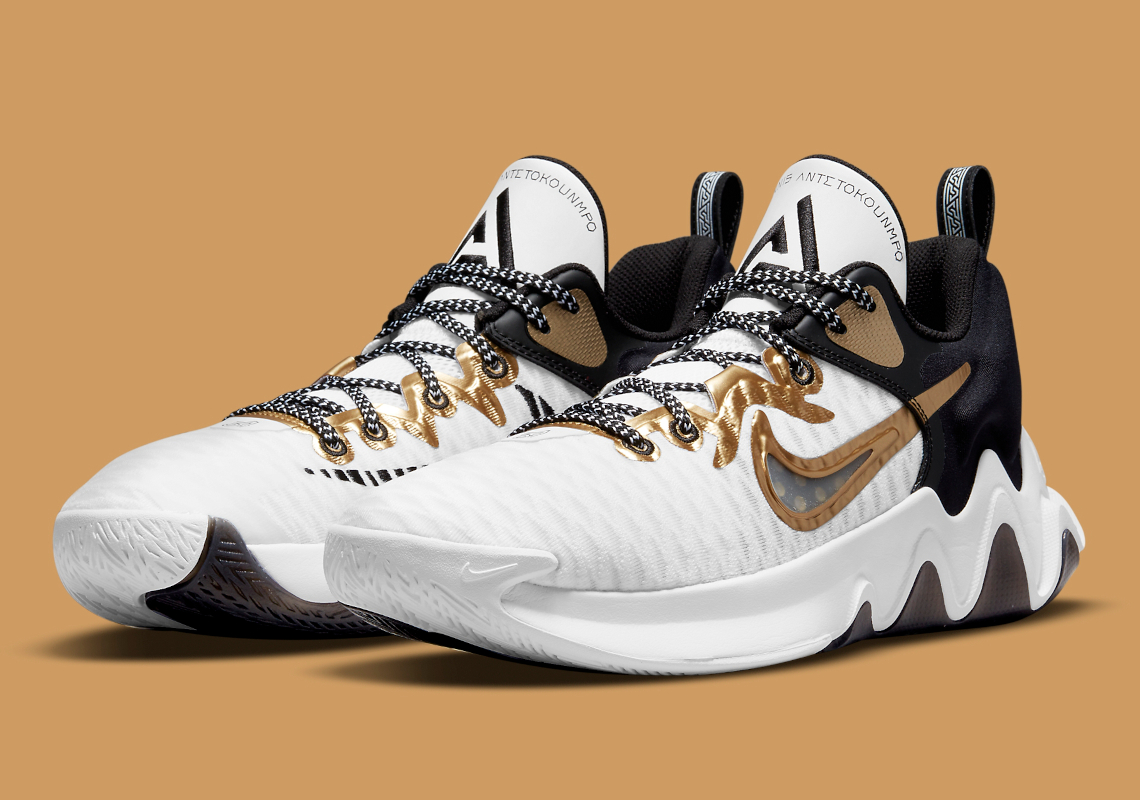 Giannis Antetokounmpo is finally an NBA champion, and went as far as winning NBA Finals MVP for the 2020-21 season. To celebrate, the Greek-native has asked his family at NIKE, Inc. to reimagine the budget-friendlier Nike Giannis Immortality in a colorway appropriate to be alongside both the Larry O’Brien Championship Trophy and NBA Championship Ring.

Akin to previously-seen commemorative iterations from the North American conglomerate, the upcoming sneakers indulge in a clean and regal “White/Black/Metallic Gold” colorway. The textile upper predominantly boasts a “colorless” arrangement that allows for accompanying hues to revel in the spotlight. There aren’t any mentions of a championship on the basketball shoe, but the shimmering golden detailing and the timing of official images surfacing suggest the tri-color style has been produced for the occasion. While history has yet to pan out, it’s unlikely #34’s ring chase stops at his first.

For more from the NIKE, Inc. empire, check out the Jordan MA2, which combines basketball and running heritage.

The shoes are available now at Nike.com. 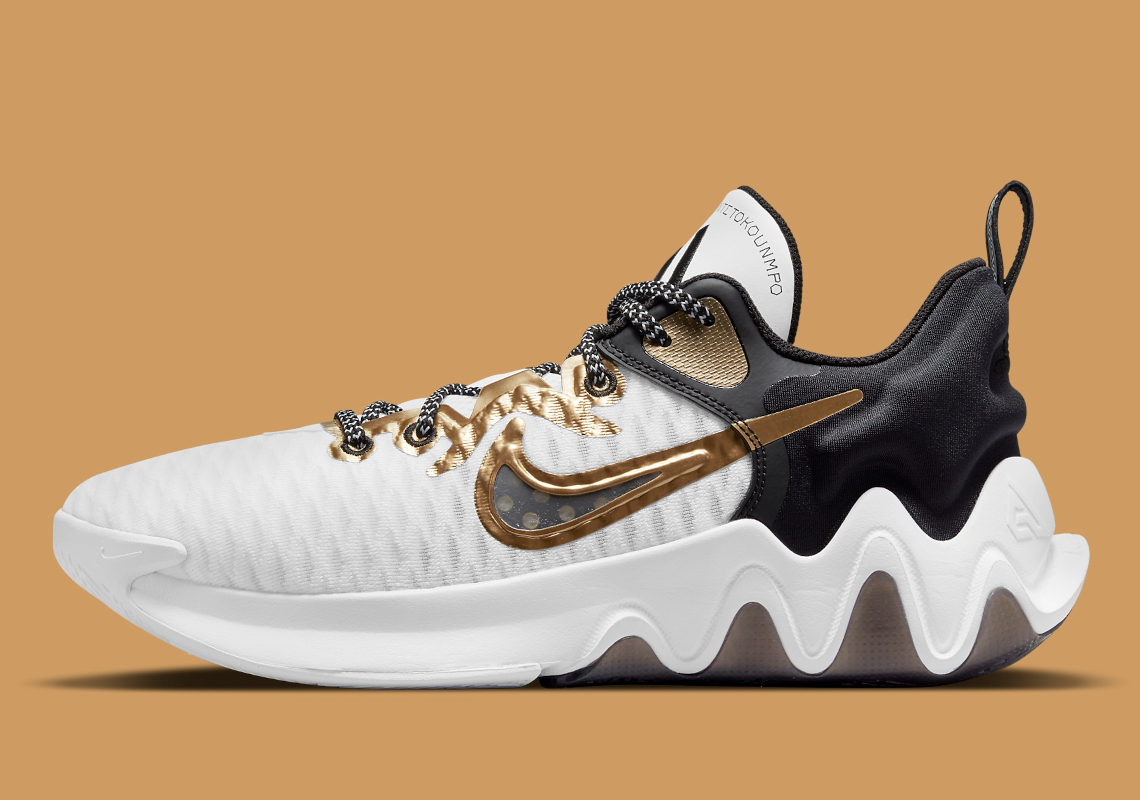 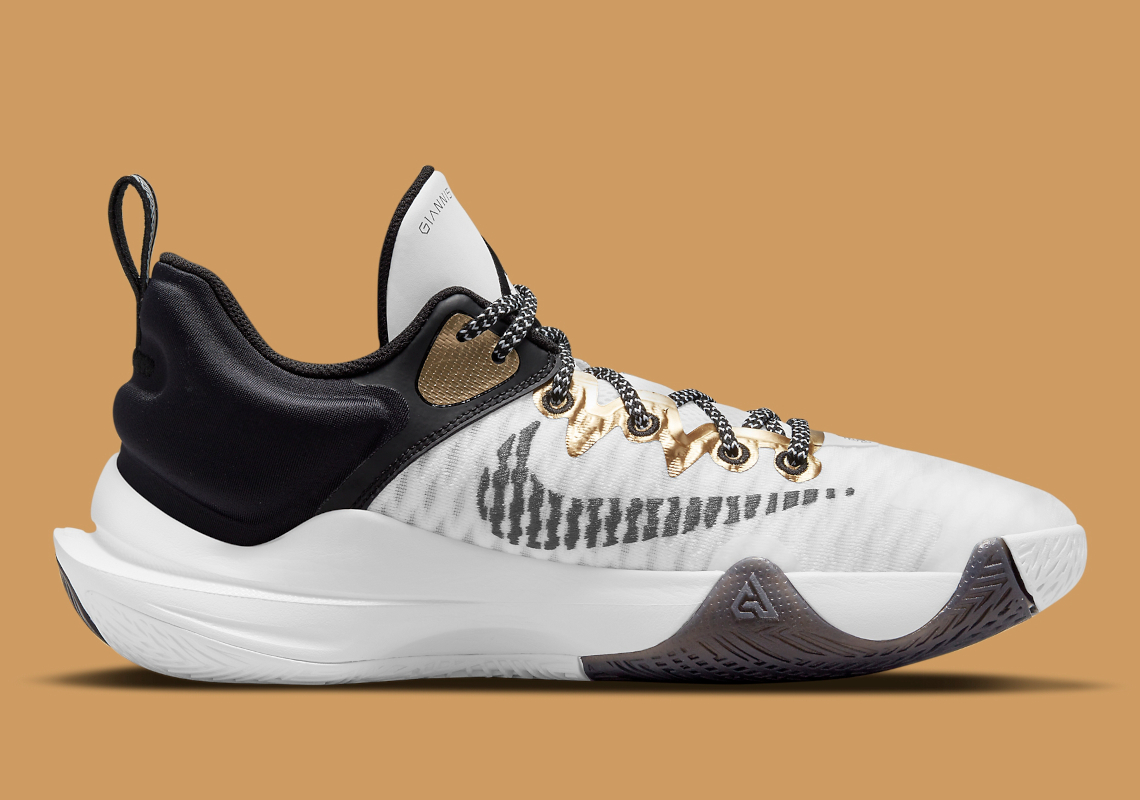 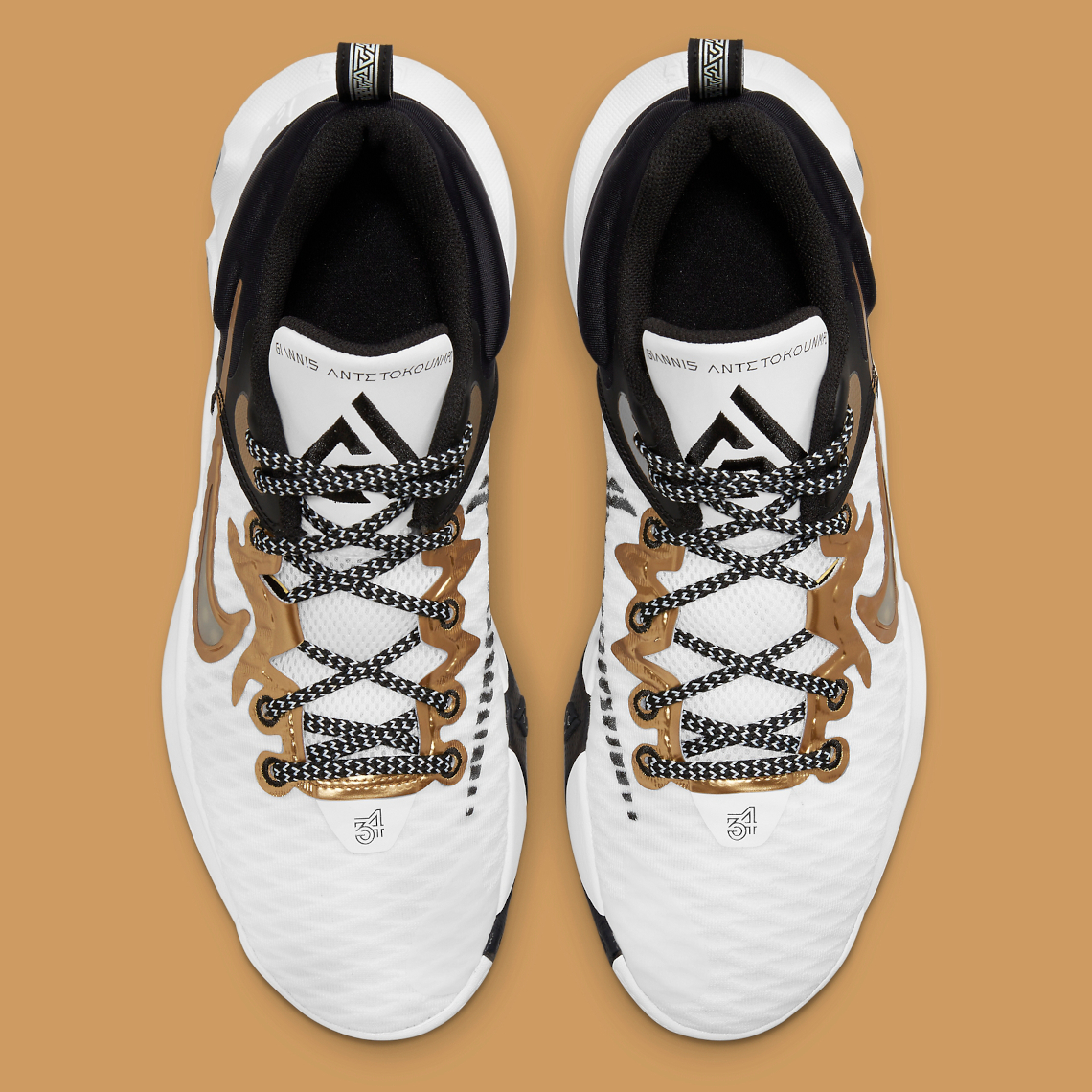 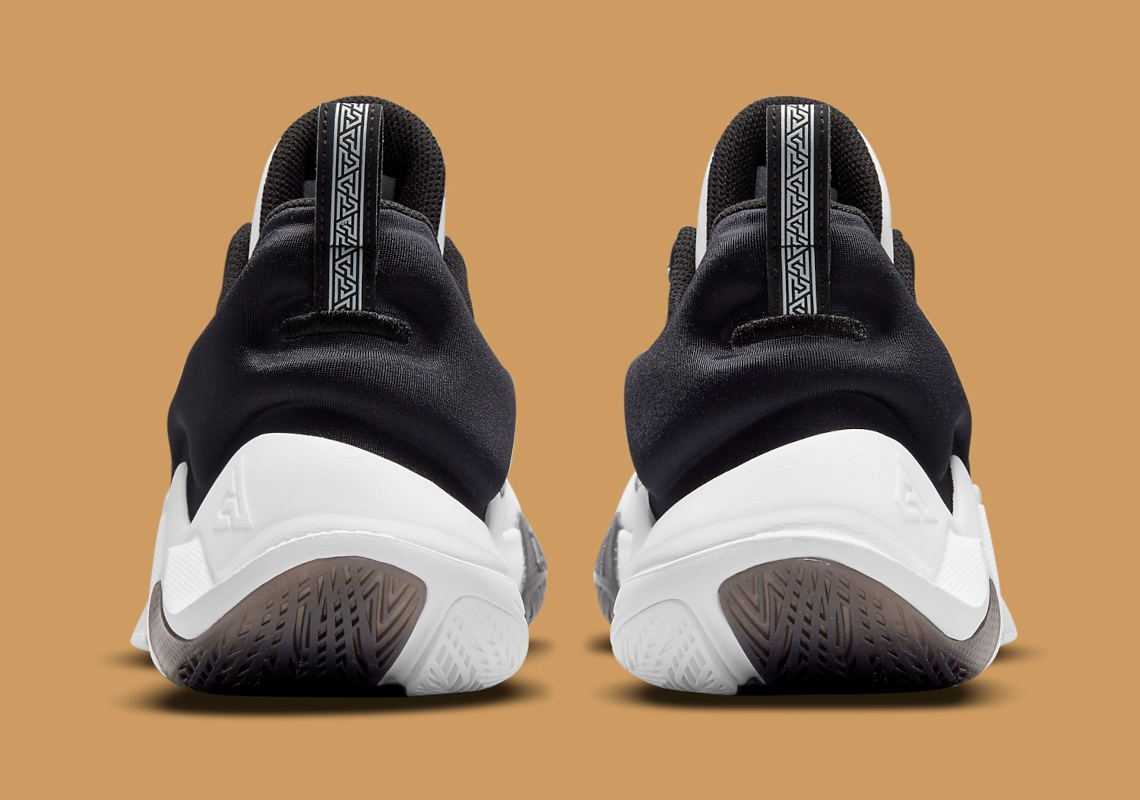 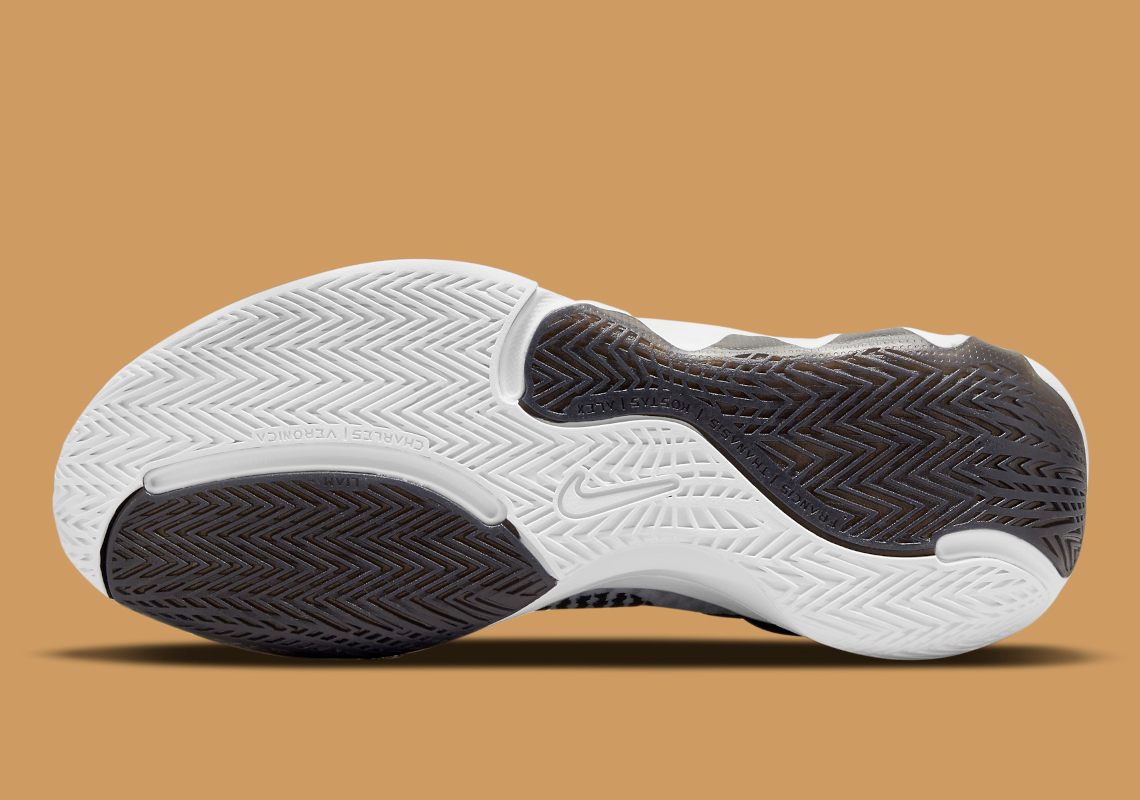 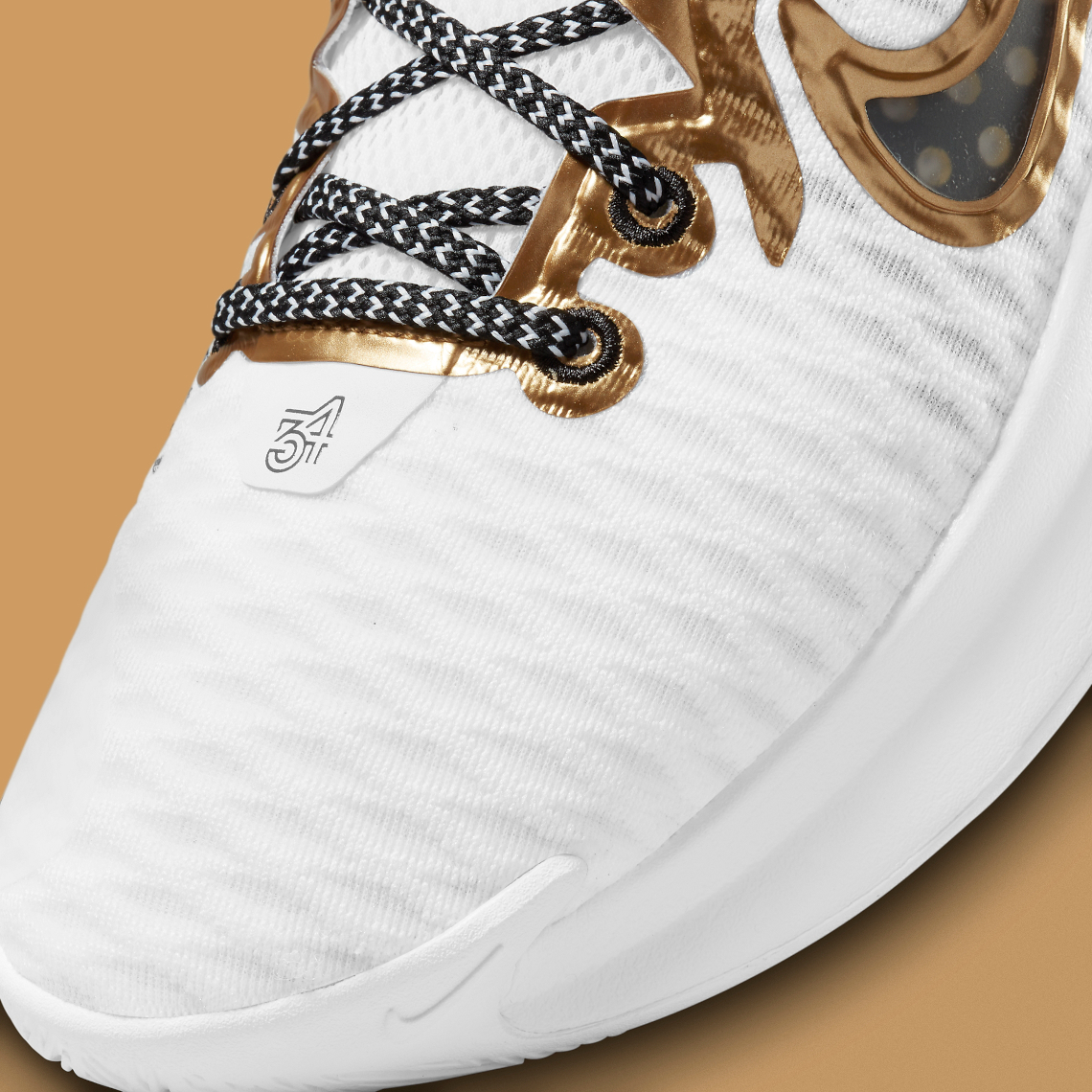 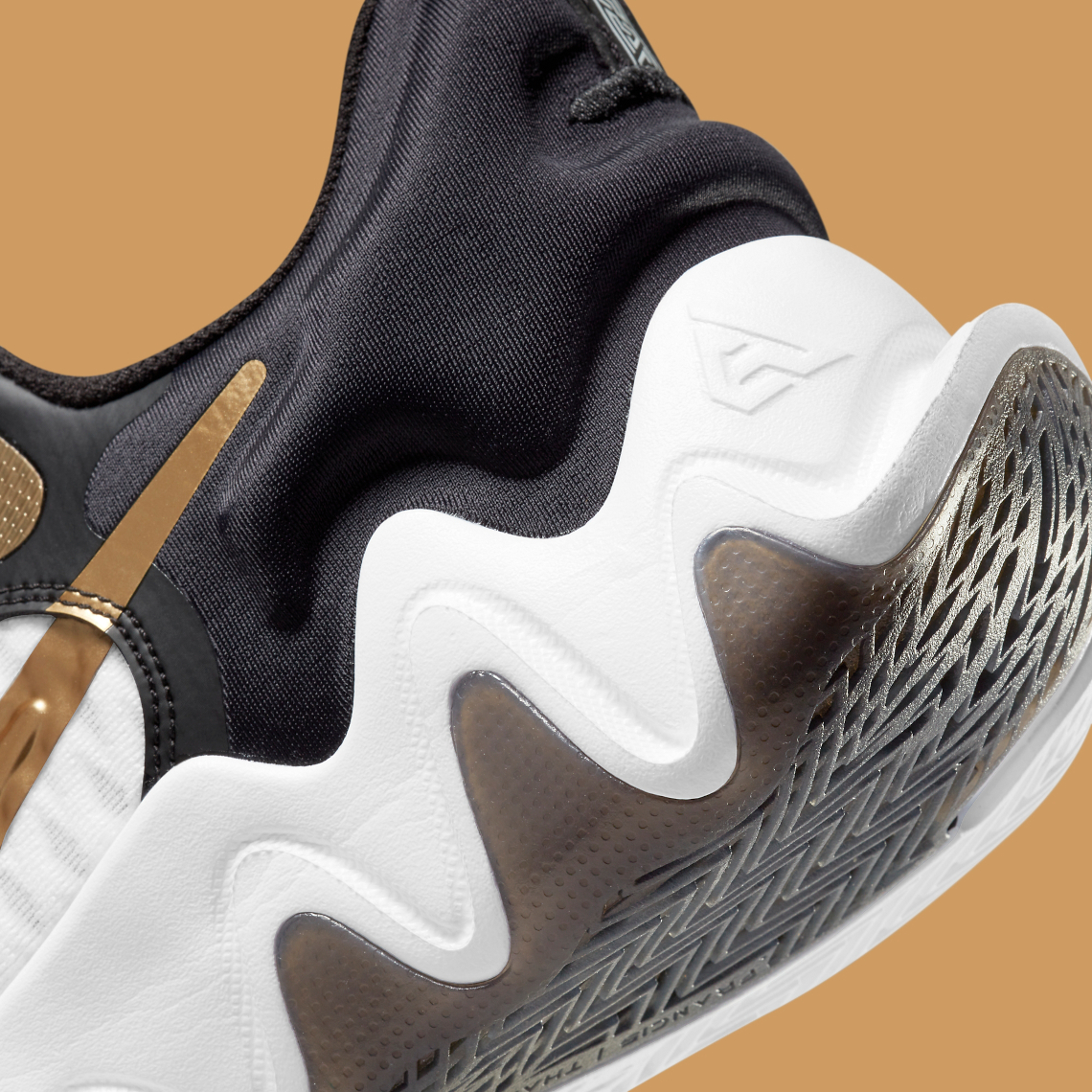