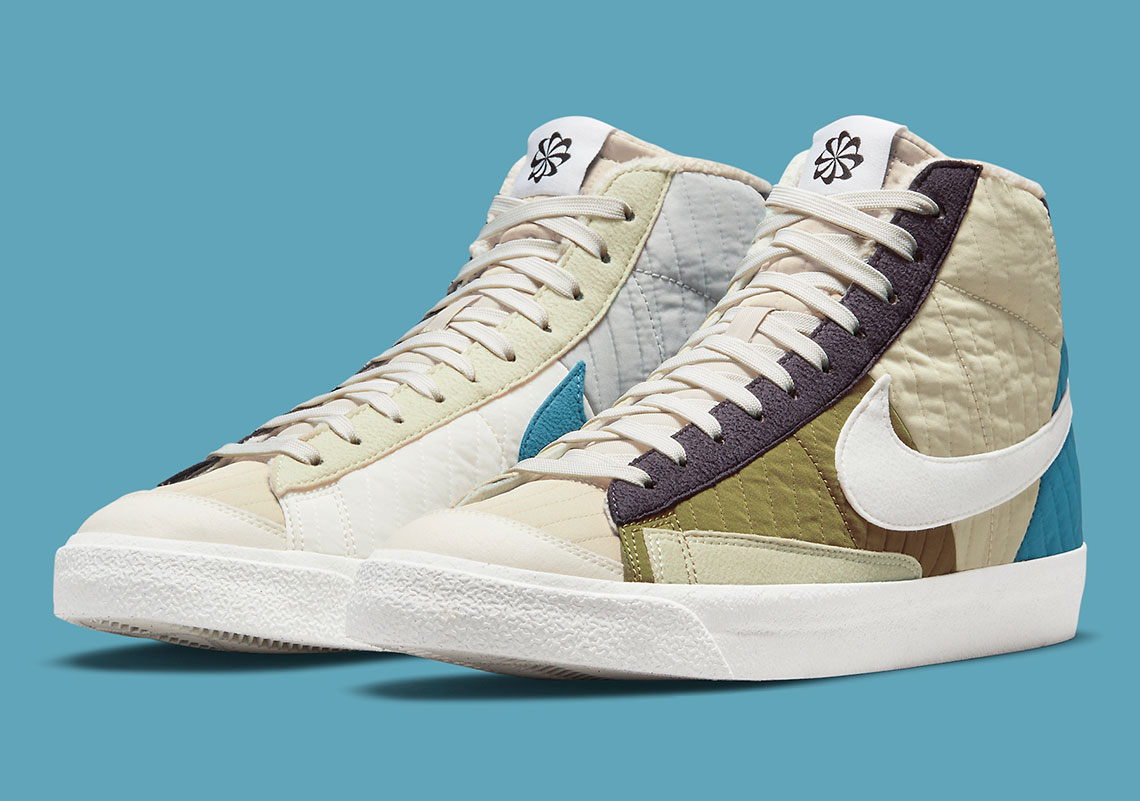 We may be in the midst of the summer heat but Nike is already looking to expand its upcoming lineup of cooler season propositions. The recently-revealed “Toasty” collection, for instance, has been giving the Nike Air Force 1 a winter-ready makeover by utilizing fleeces and quilted textiles. However, things are taking quite a turn as the pack adds a Nike Blazer Mid ’77 Premium that takes on a wilder approach towards the “Toasty” theme.

The unveiled Air Force 1s within the pack resorted to tonal or two-toned colorways that result in rather simple designs. But the collection’s Blazer Mid opts for an experimental style by using a patchwork of quilted recycled fabrics that differed between the lateral and medial sides. A mix of olive, tan, and teal compose the upper on the lateral side while the other side sticks to a greyscale black, grey, and white combo. The suede profile Swooshes also exhibit a mismatched look as they are seen in both white and teal. Instead of its usual exposed foam tongue, the backside of the tongue now reveals cozy fleece, with the soft material also lining the model. As for branded elements, the tongue features the “Move To Zero” campaign’s Pinwheel logo—a hint that sustainable materials have been used in the model’s construction. Additionally, a red label reading “Toasty” is stitched onto the insole to round out the design.

Take a closer look at the Blazer Mid ’77 Premium below, which is expected to arrive at Nike.com in the coming months with a price tag of $120.

For more by the Swoosh, check out the trail-inspired Nike Air Max 90 Terrascape—another “Move To Zero” offering. 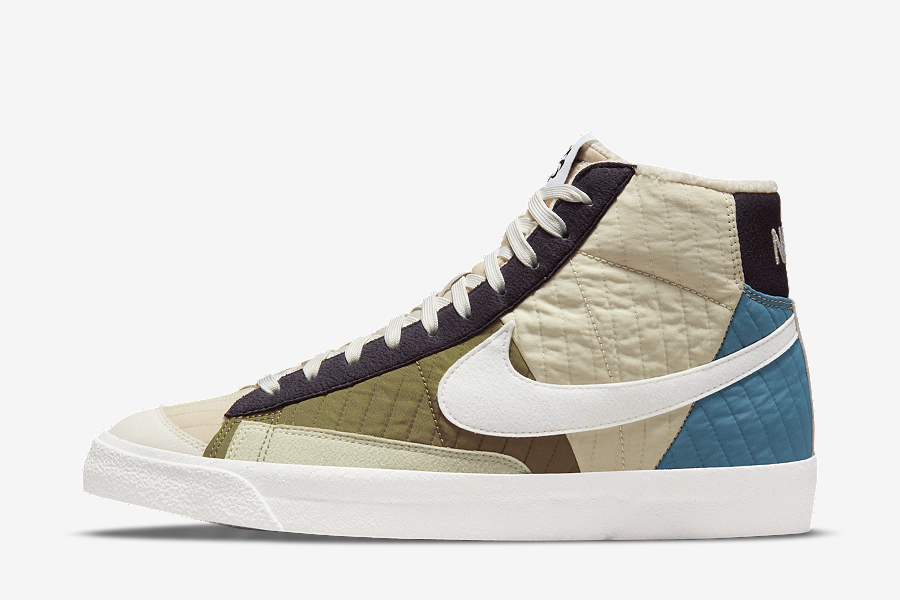 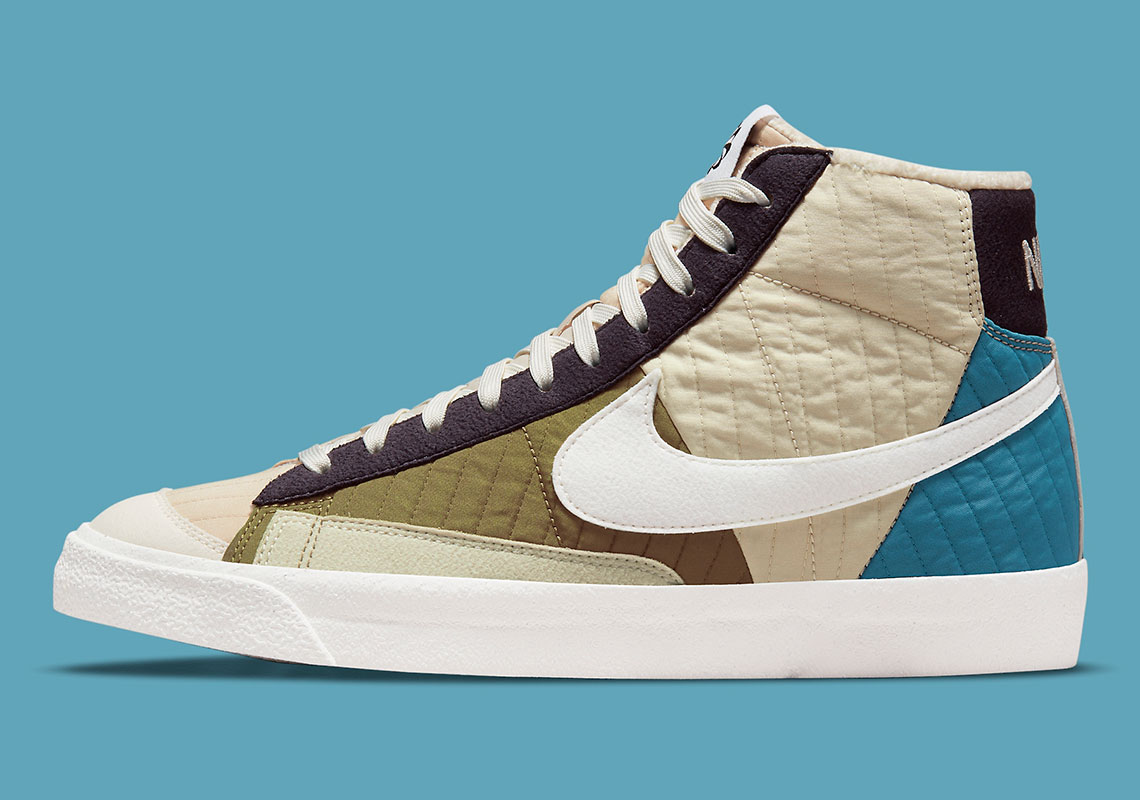 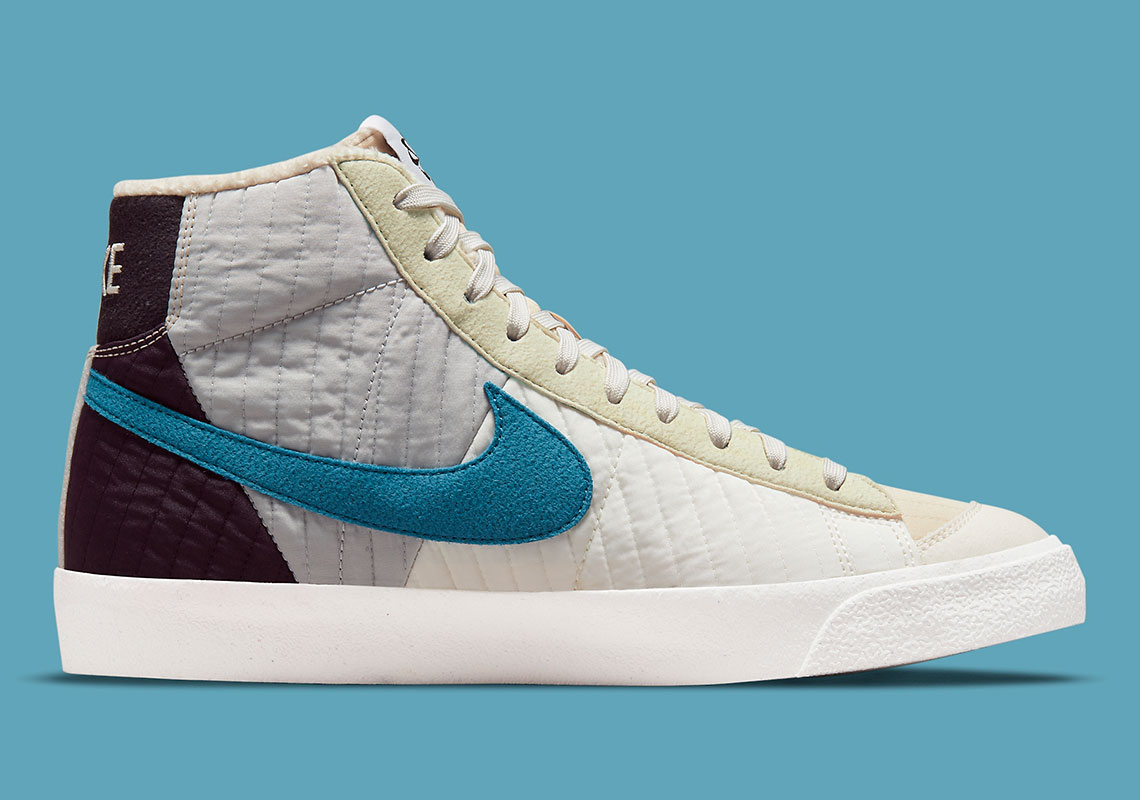 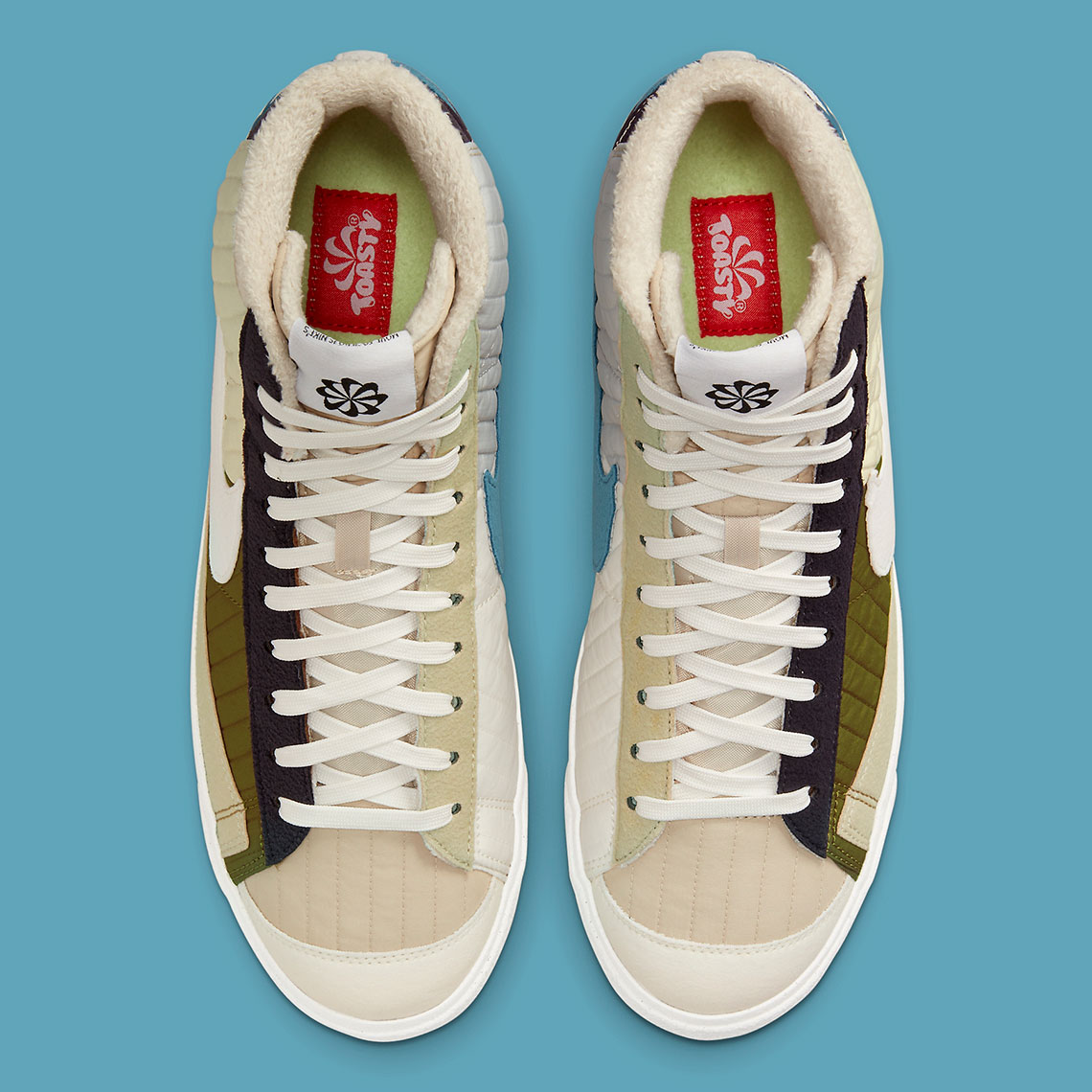 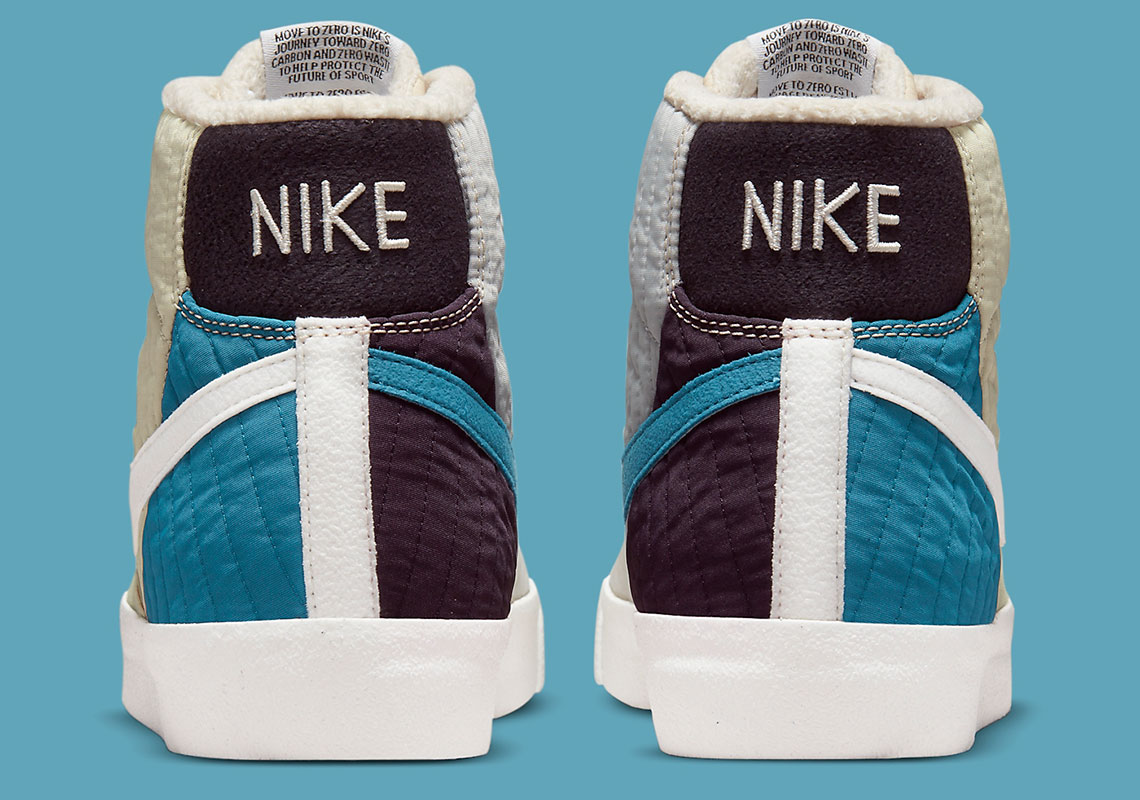 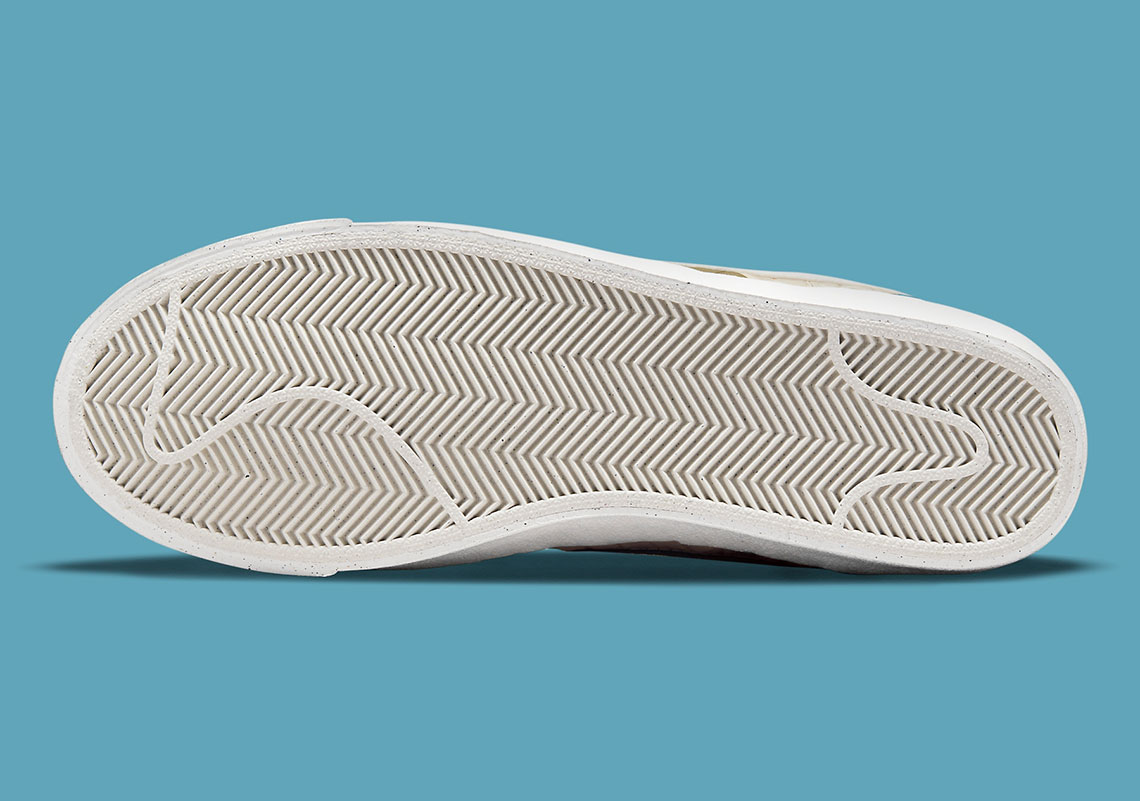 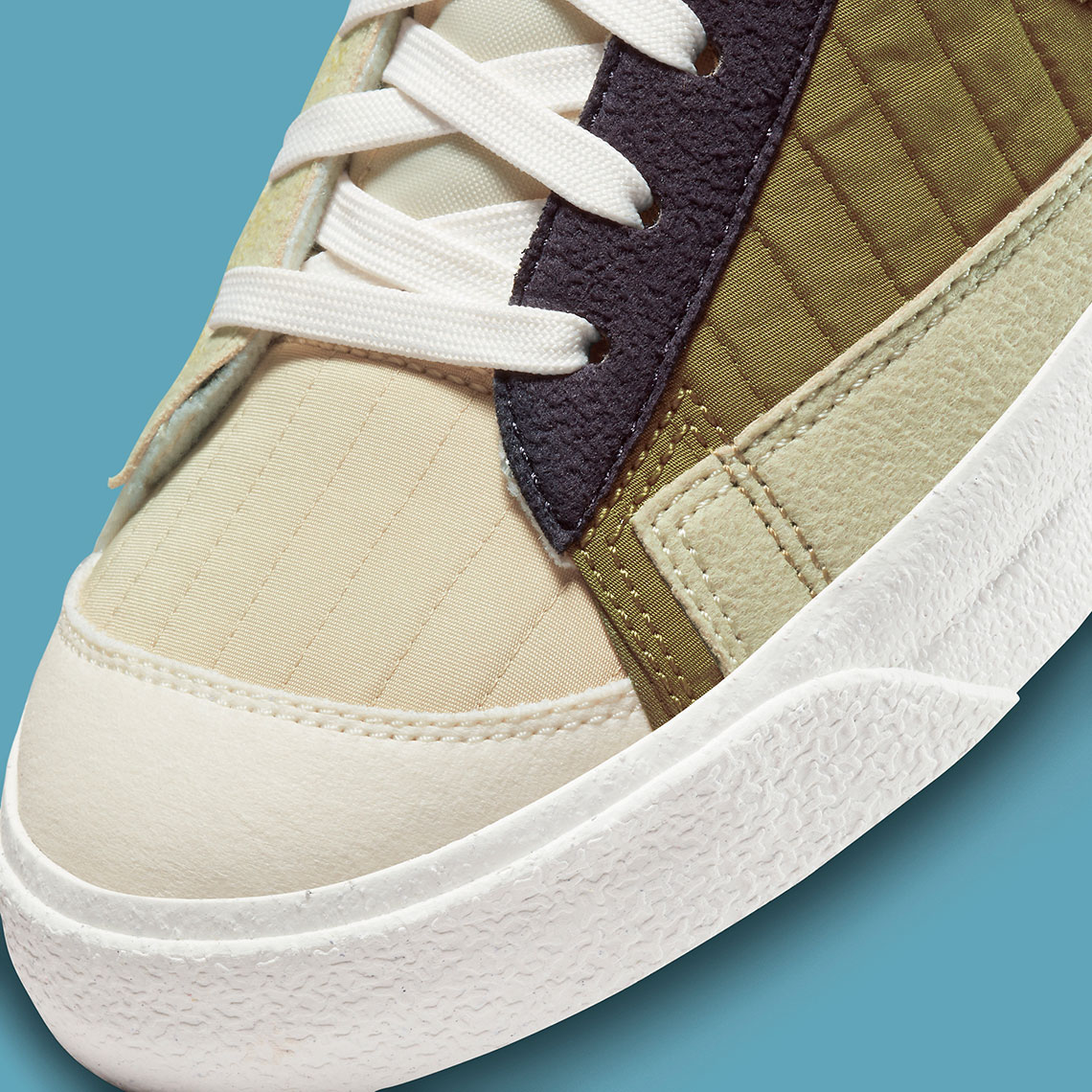 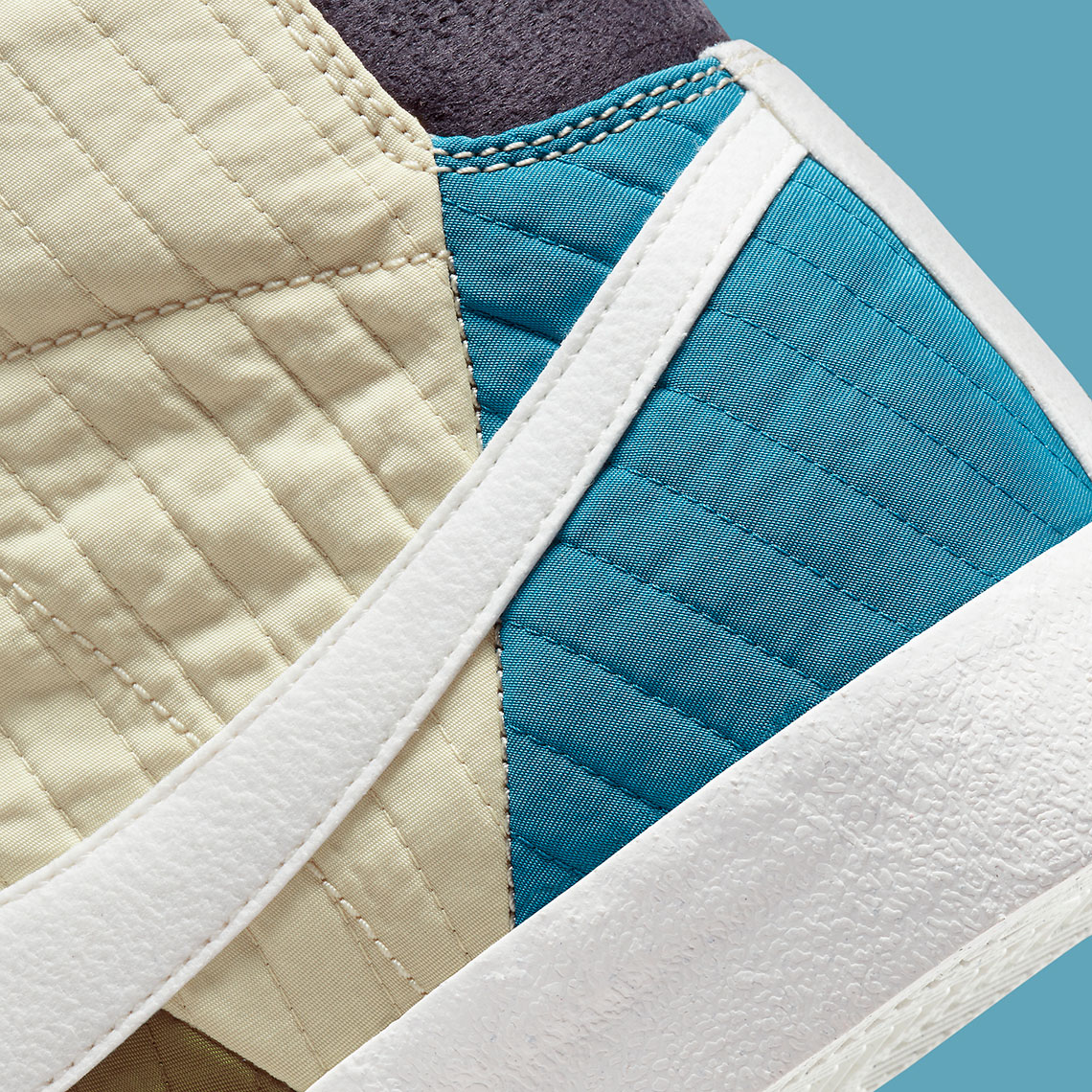