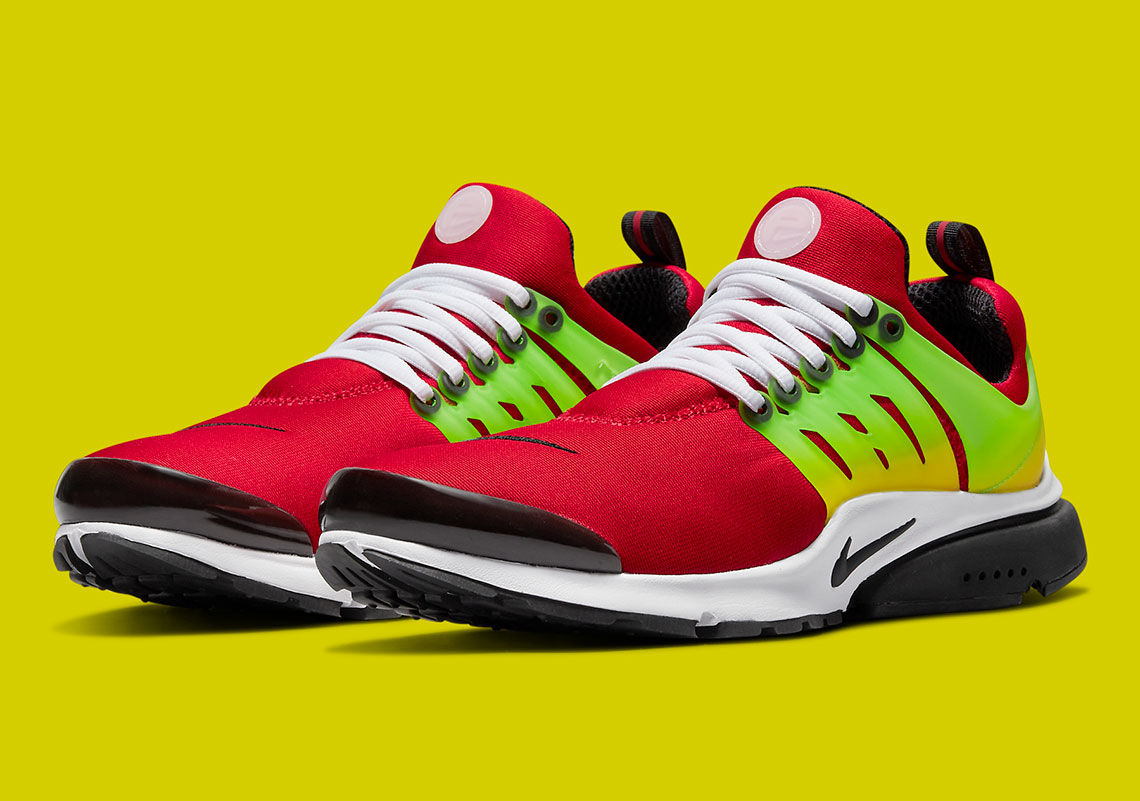 Although the Nike Air Presto isn’t celebrating any sort of milestone this year (its 20th anniversary was in 2020), the comfy running shoe seems to be on a precipice of a comeback. Following up on the unveiling of two new Nike Air Presto Mid Utility offerings earlier this month, a new low-top Air Presto has just been revealed.

The stretchy mesh sleeve that constructs the model’s base is tinted in a bold “University Red.” As if the style wasn’t vibrant enough, the supportive midfoot cage flaunts a green and “Tour Yellow” gradient. The result is a mix of tropical tones reminiscent of the look of a parrot. Playful design cues continue to populate the style as the Nike Air branding on the heel tab opts for a blurred look. To round out the look, a white foam midsole is animated by touches of black applied to the Swoosh piece and the outsole.

Get a closer look at the Air Presto below, which will arrive at Nike.com in the near future with a price tag of $130.

In other news related to the Beaverton-based brand, the Nike Air Tuned Max is getting an understated “Cream” colorway. 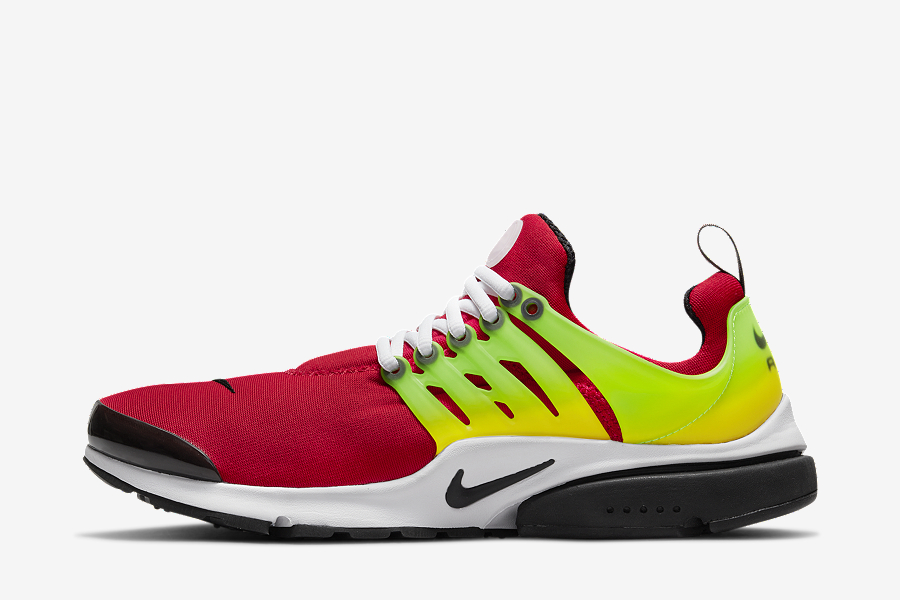 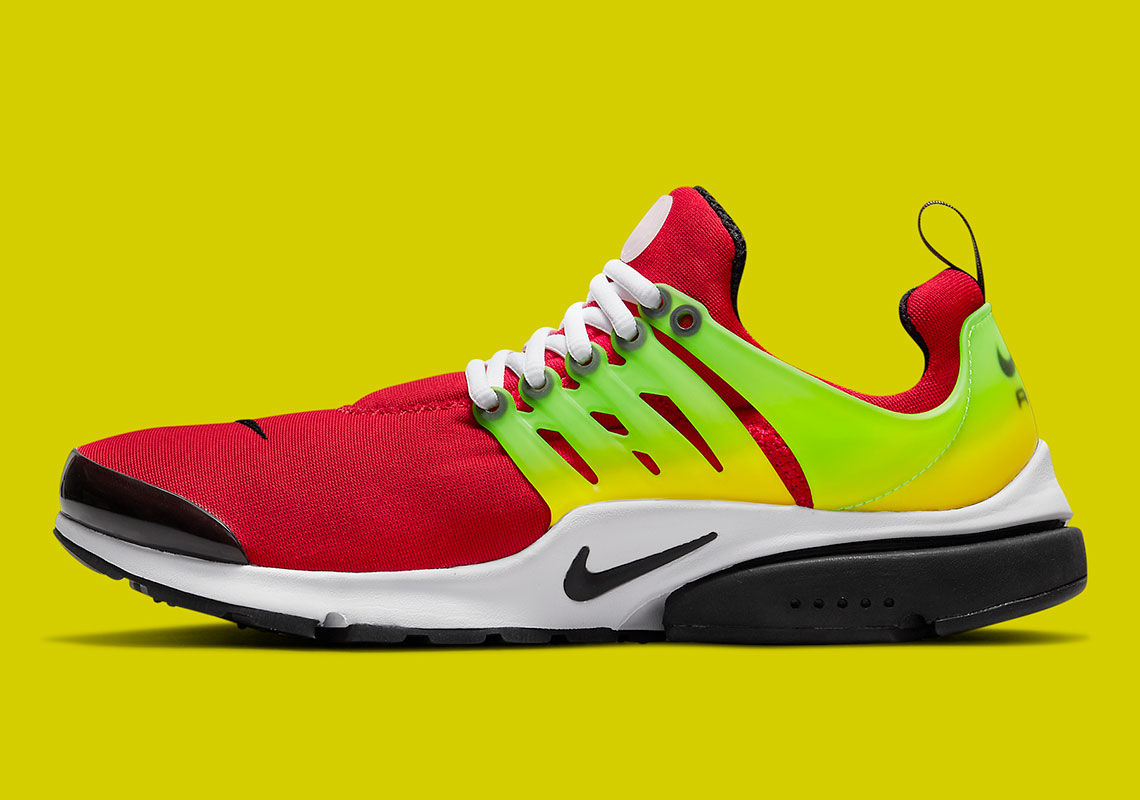 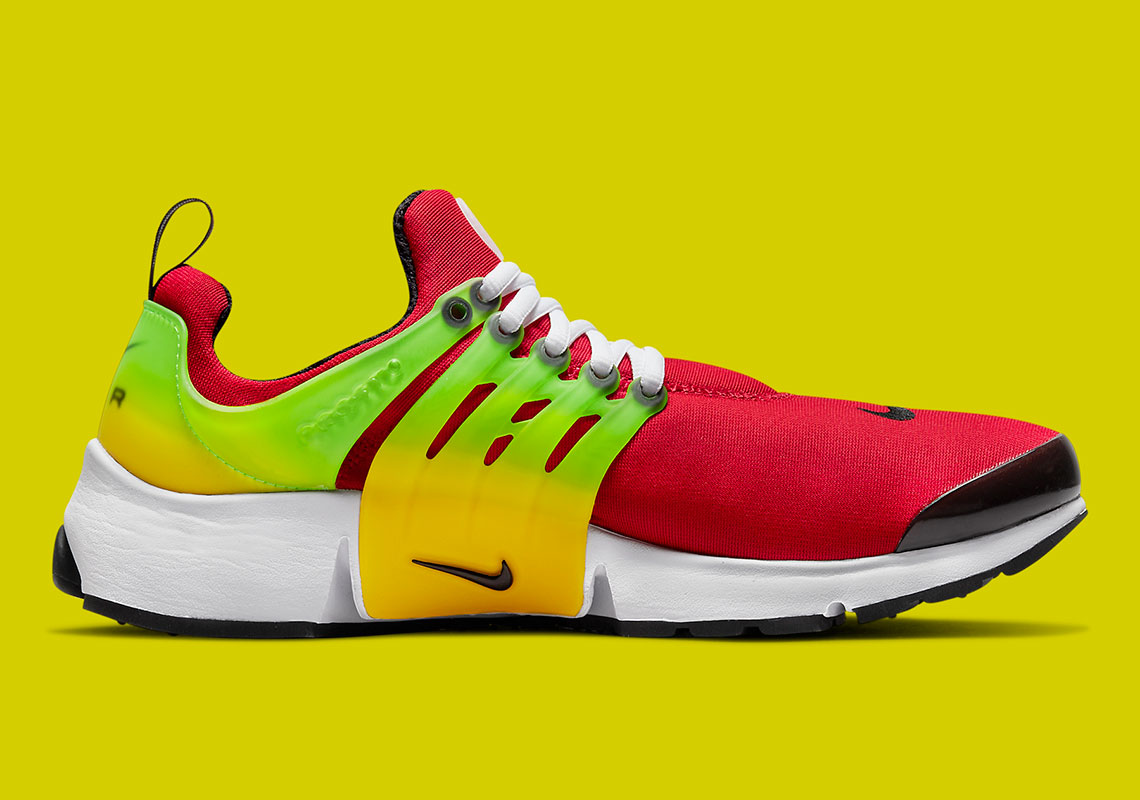 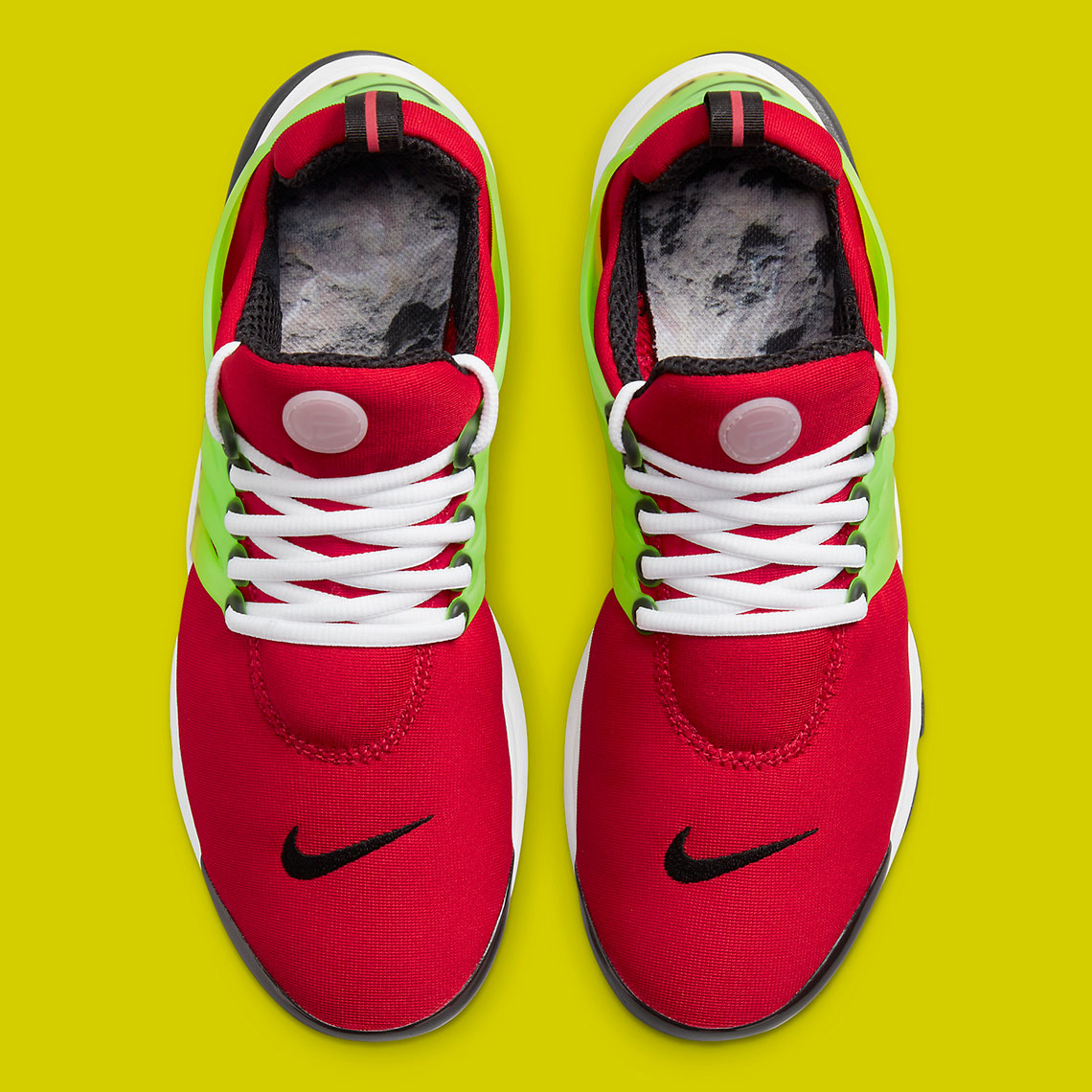 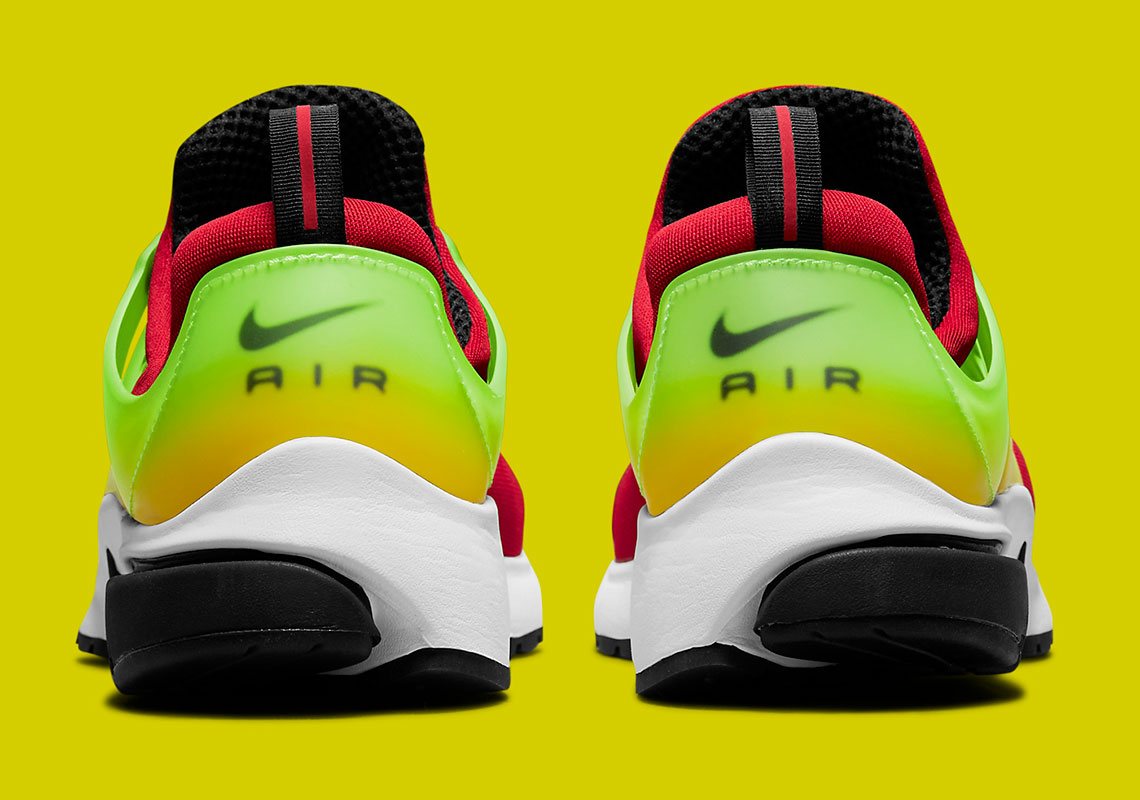 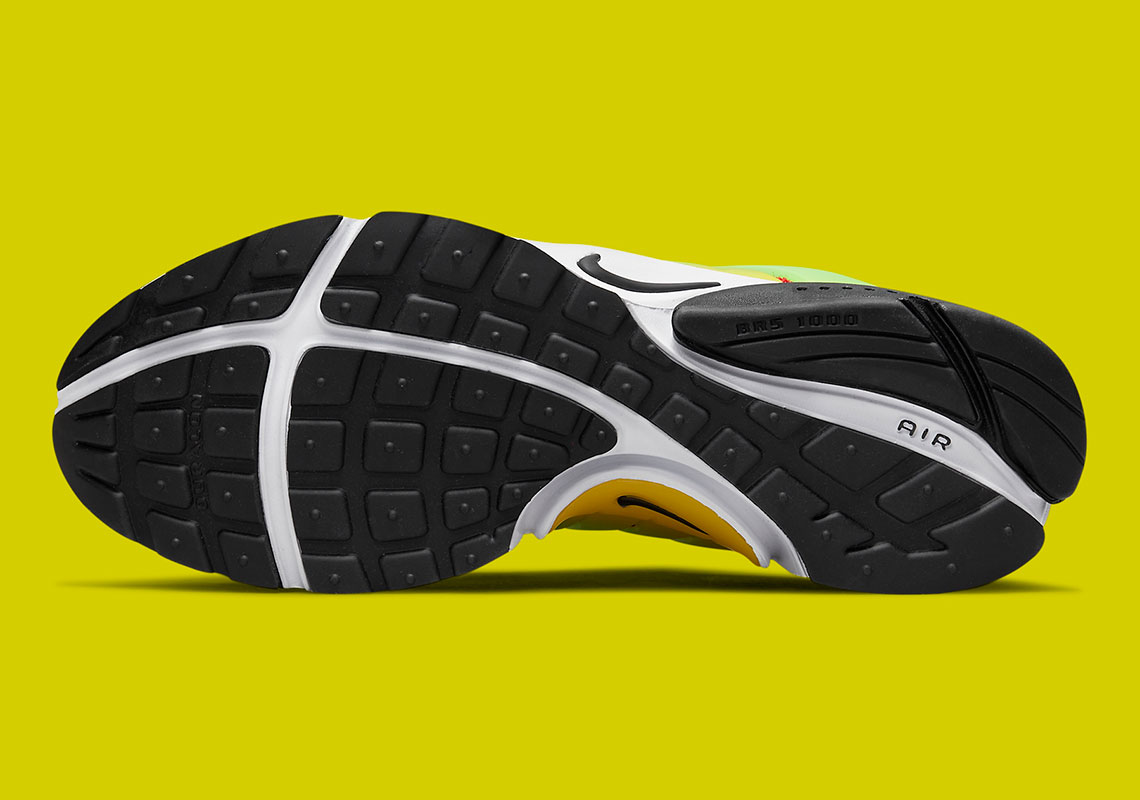 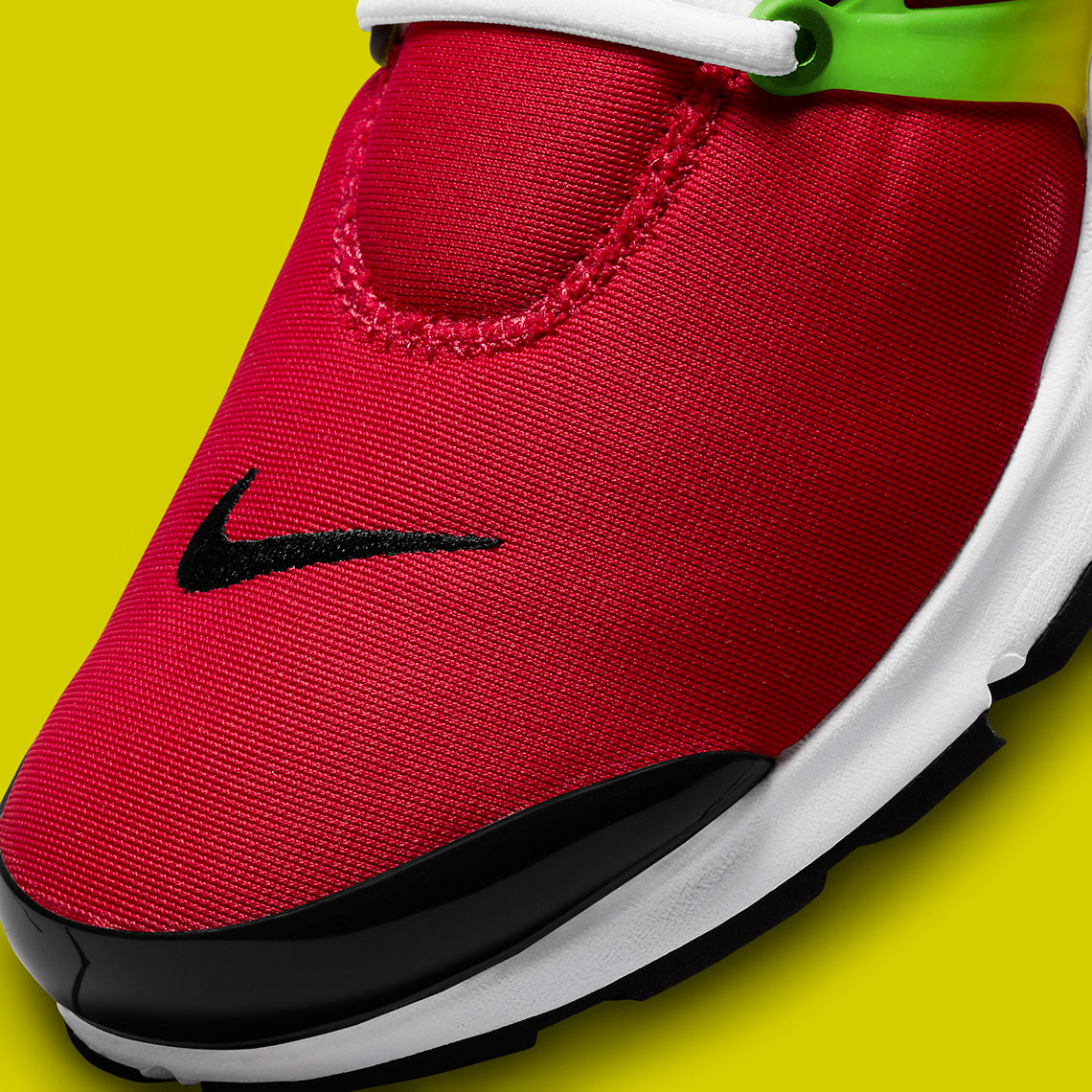 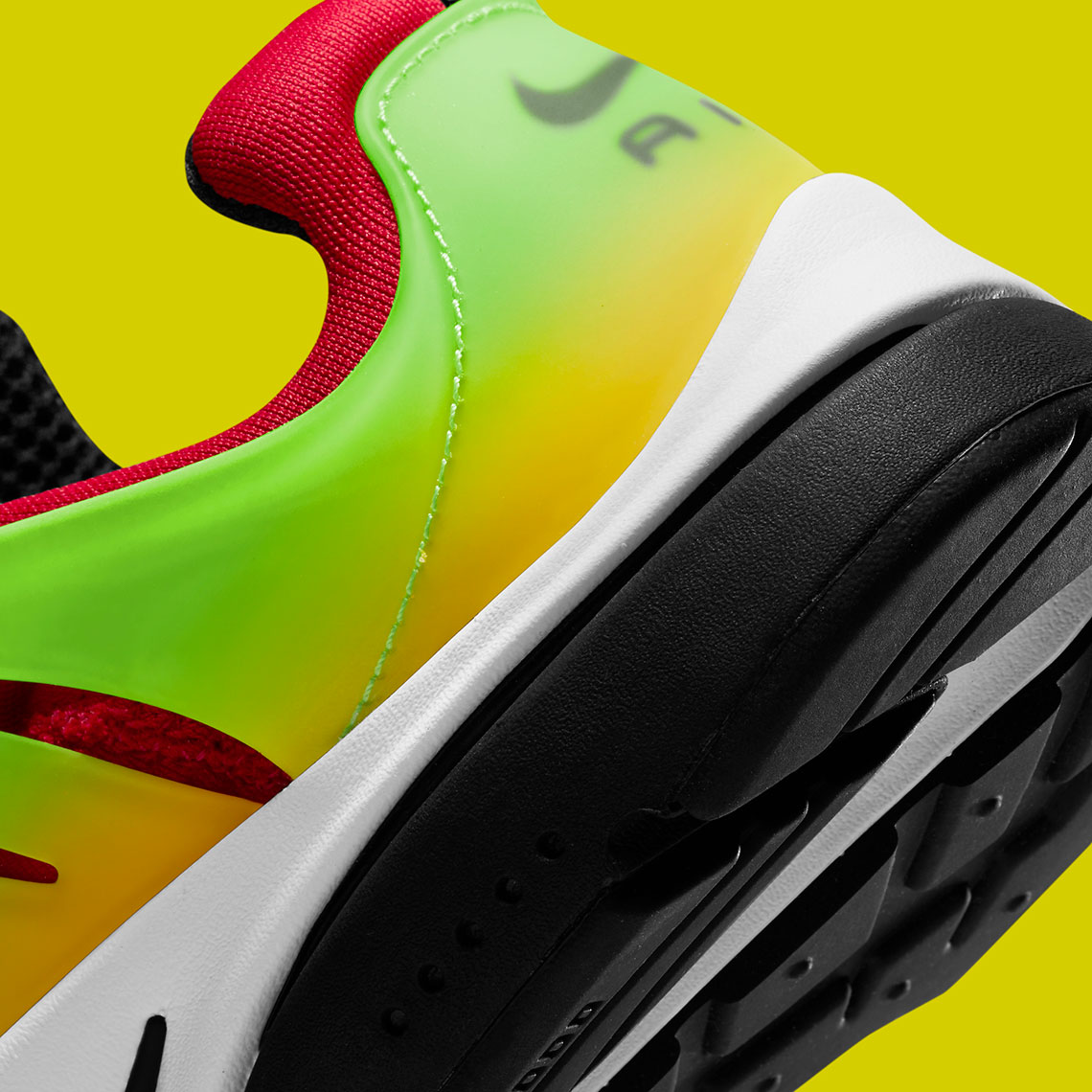 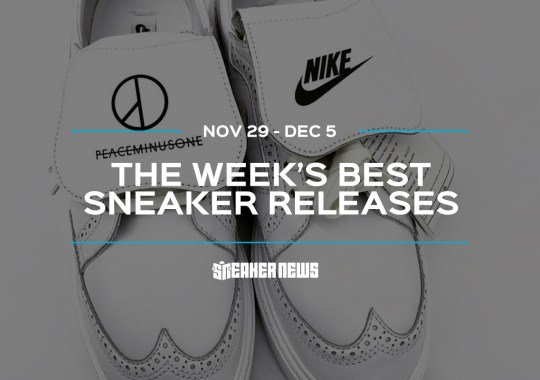 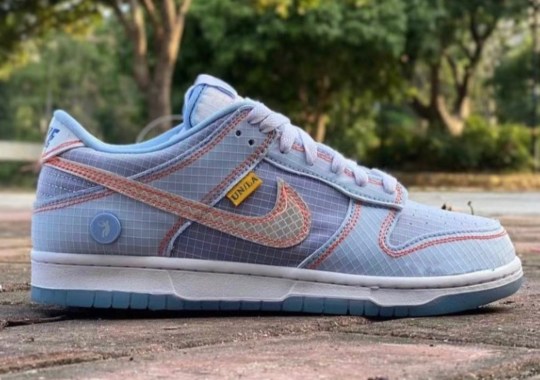