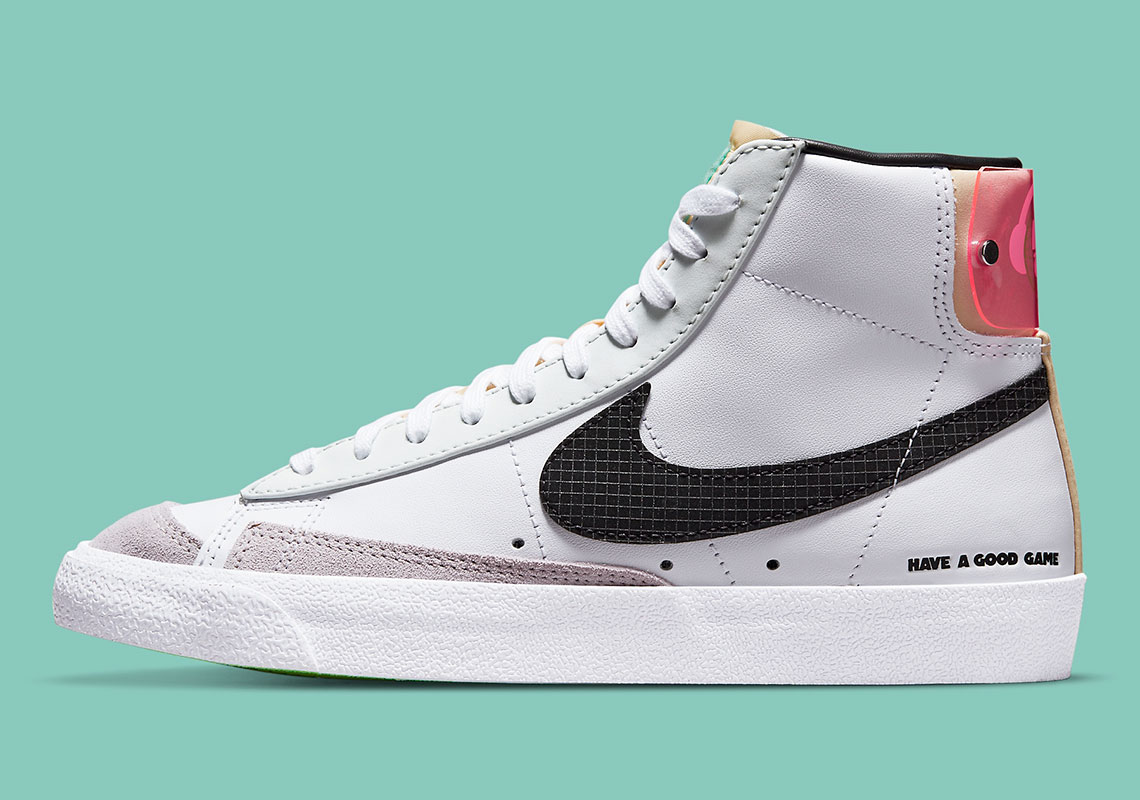 The Nike Blazer Mid Joins The “Have A Good Game” Collection

With the rise of high-profile gaming personalities and global eSports tournaments, the former sub-culture of gaming has risen through the ranks to become much more mainstream. The ambitious crossover between gaming and other industries continues to grow to the amusement of consumers with overlapping interests. At the forefront of eSports and fashion is Nike’s new “Have A Good Game” Pack, which was crafted to celebrate the commencement of the League of Legends Pro League season. In the midst of the tournament, the Swoosh is adding a Nike Blazer Mid to the aforementioned collection.

Similar to the Nike Air Force 1 Pixel revealed for the pack, this pair of Blazer Mids is clad in futuristic, digital-inspired details. Smooth white leather dominates the body, allowing black gridded materials mimicking computer screens to grace the profile Swooshes. Grey suede overlays on the toe and at the forefoot as well as the neutral-toned lacestays and tongue create a rather simplistic color palette that makes the design more wearable. As for more gaming-reminiscent elements, “HAVE  A GOOD GAME” is printed near the heel while transparent neon pink overlays are fixed onto the heel tab. The plastic pink accents on the heel also display graphics such as a globe with a headset on to further the eSports theme. To top it off, teal labels are applied to the exposed foam tongues, which feature the classic Nike logo and text reading “GAME ON, TEAM UP.”

Take a closer look at the Blazer Mid below, which will hit Nike.com in the coming months.

In other Swoosh-related news, an upcoming Nike Dunk Low is composed of recycled materials. 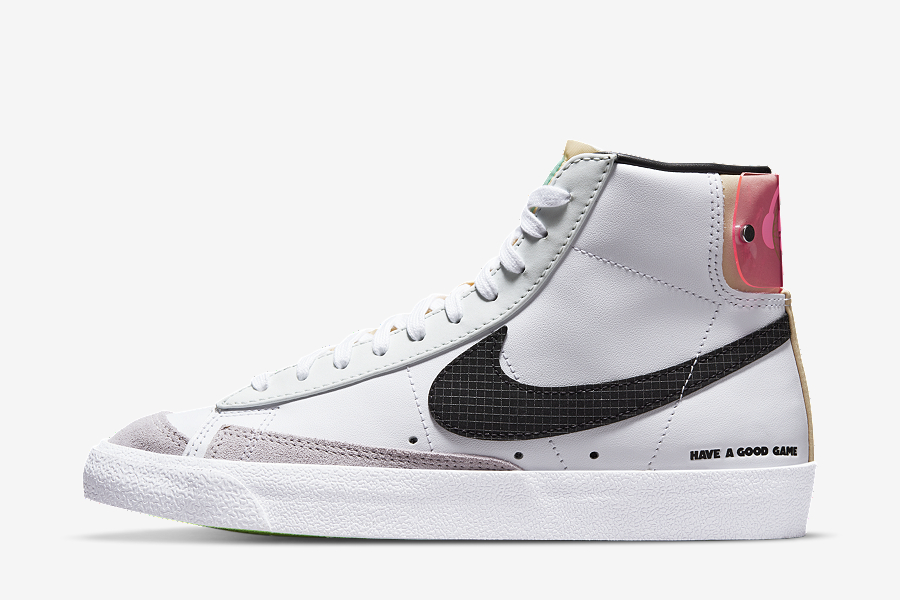 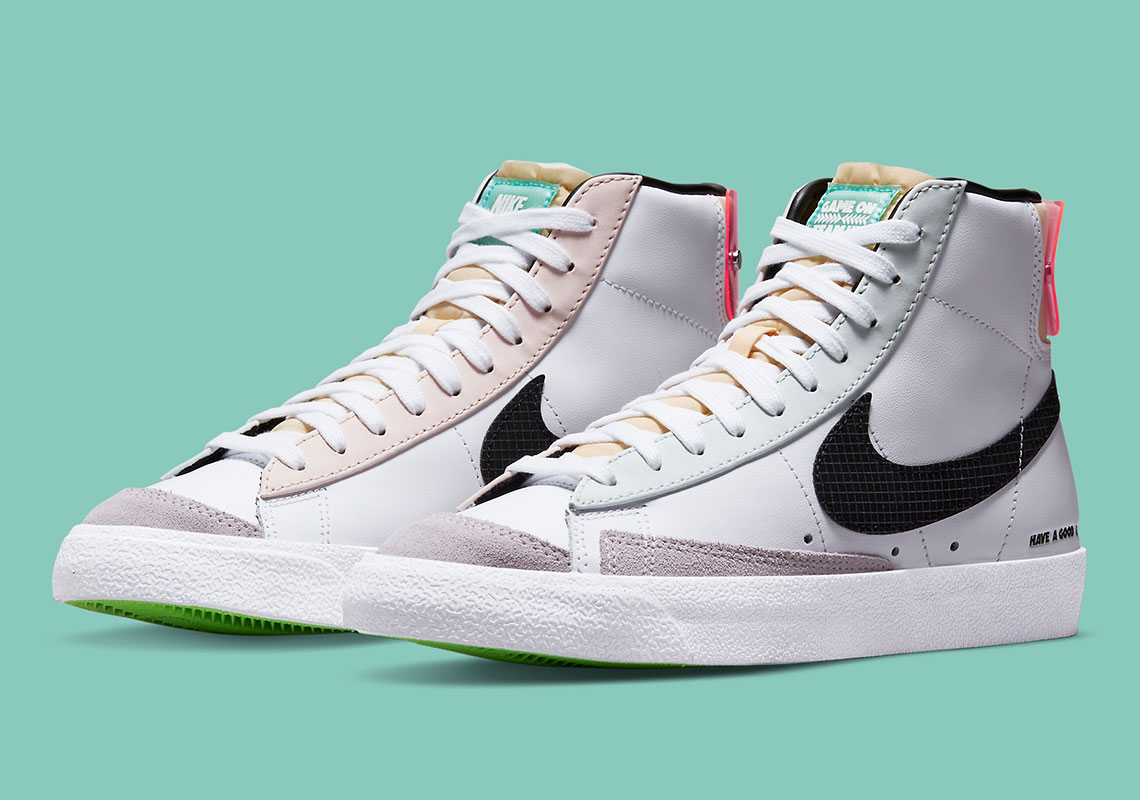 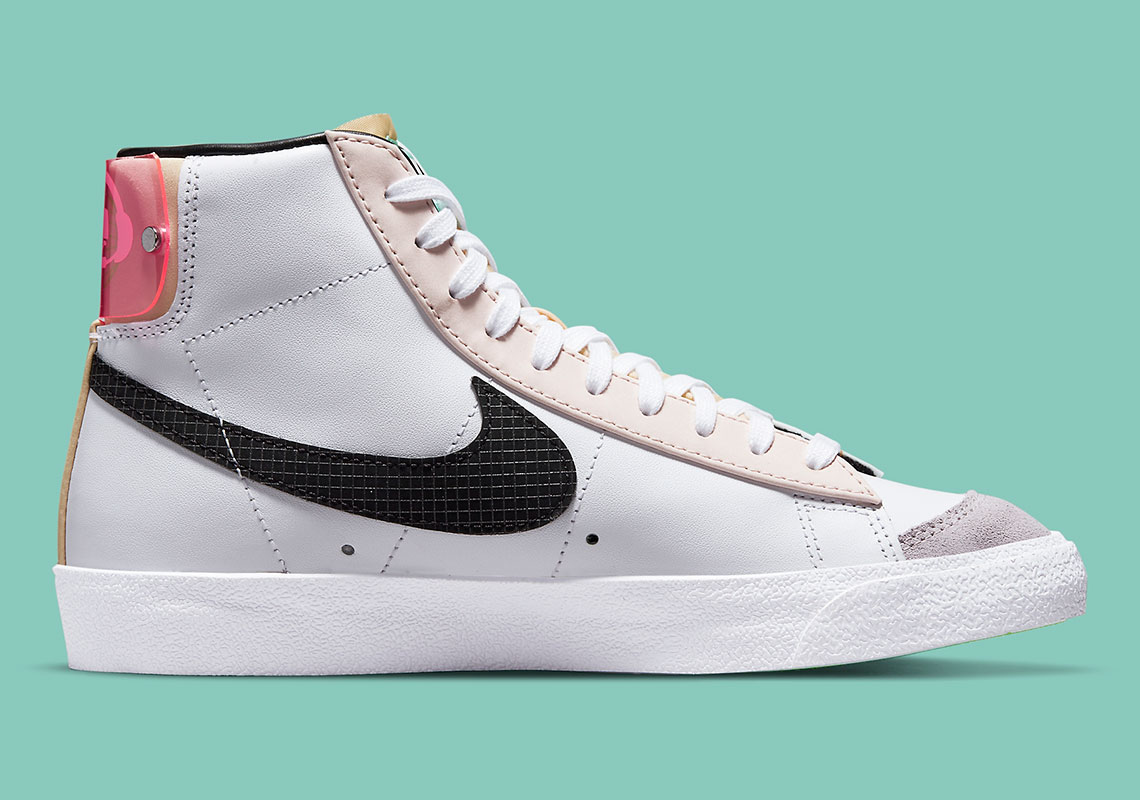 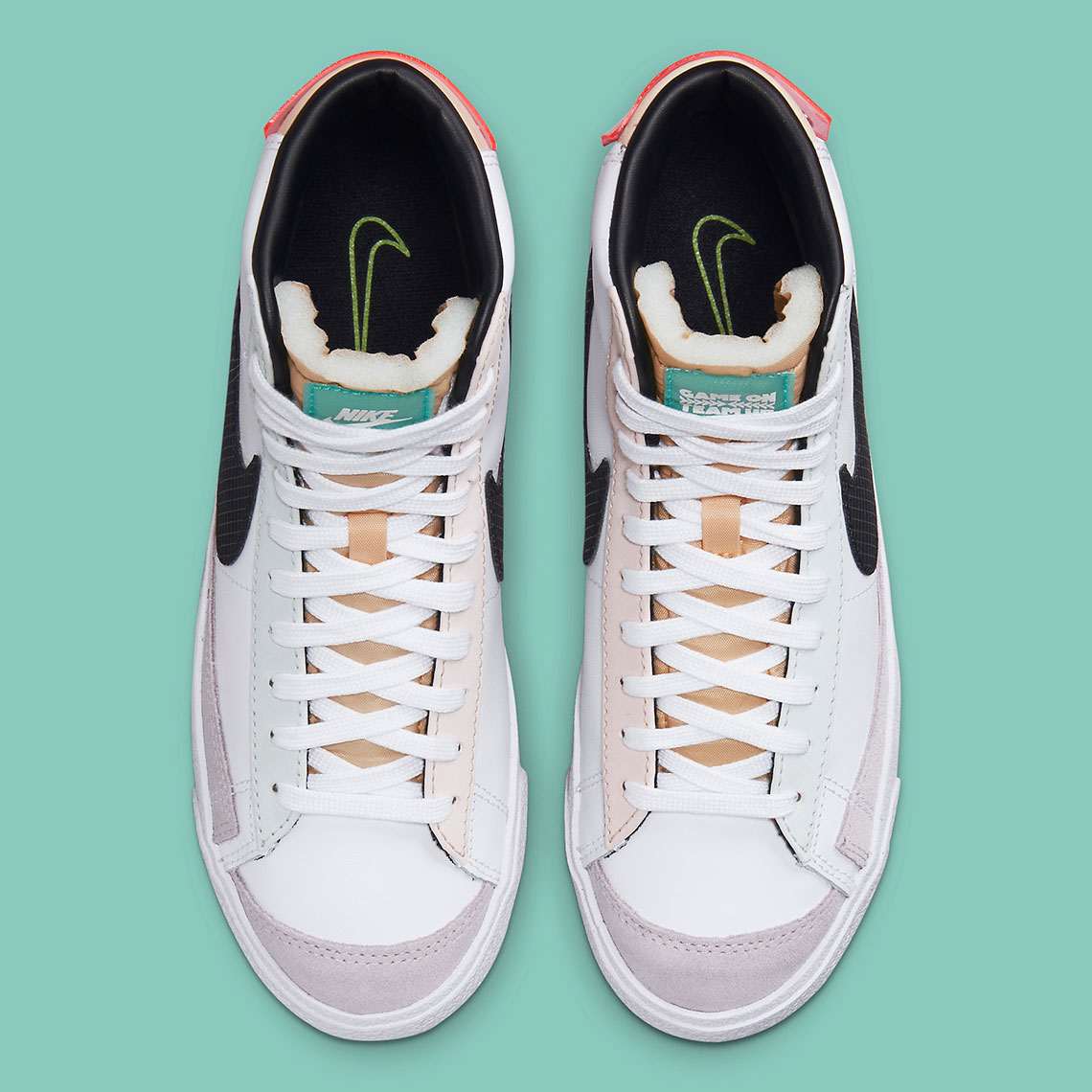 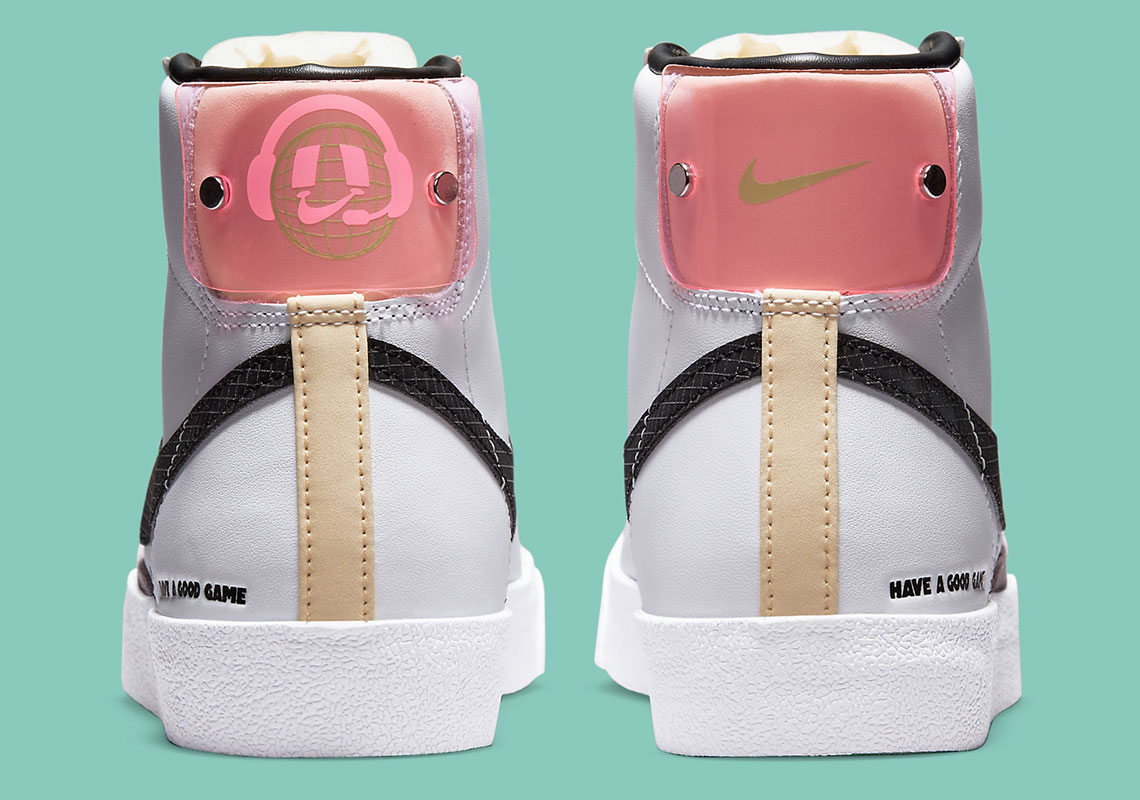 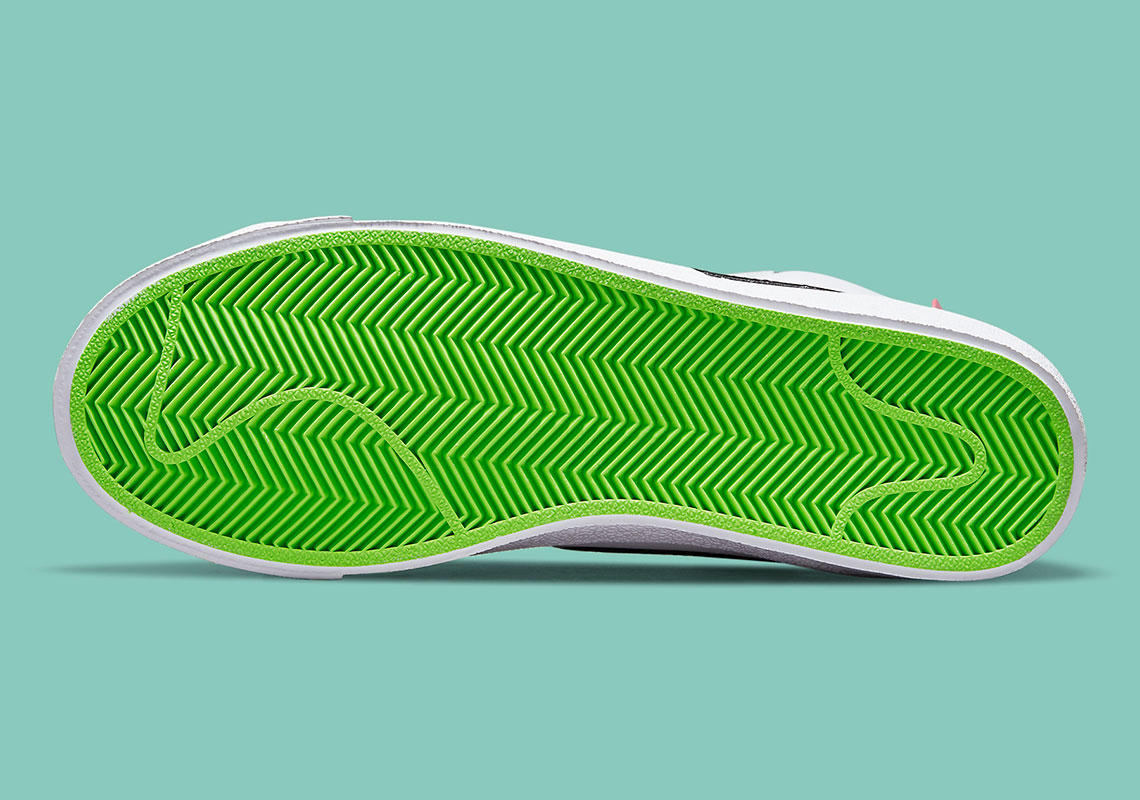 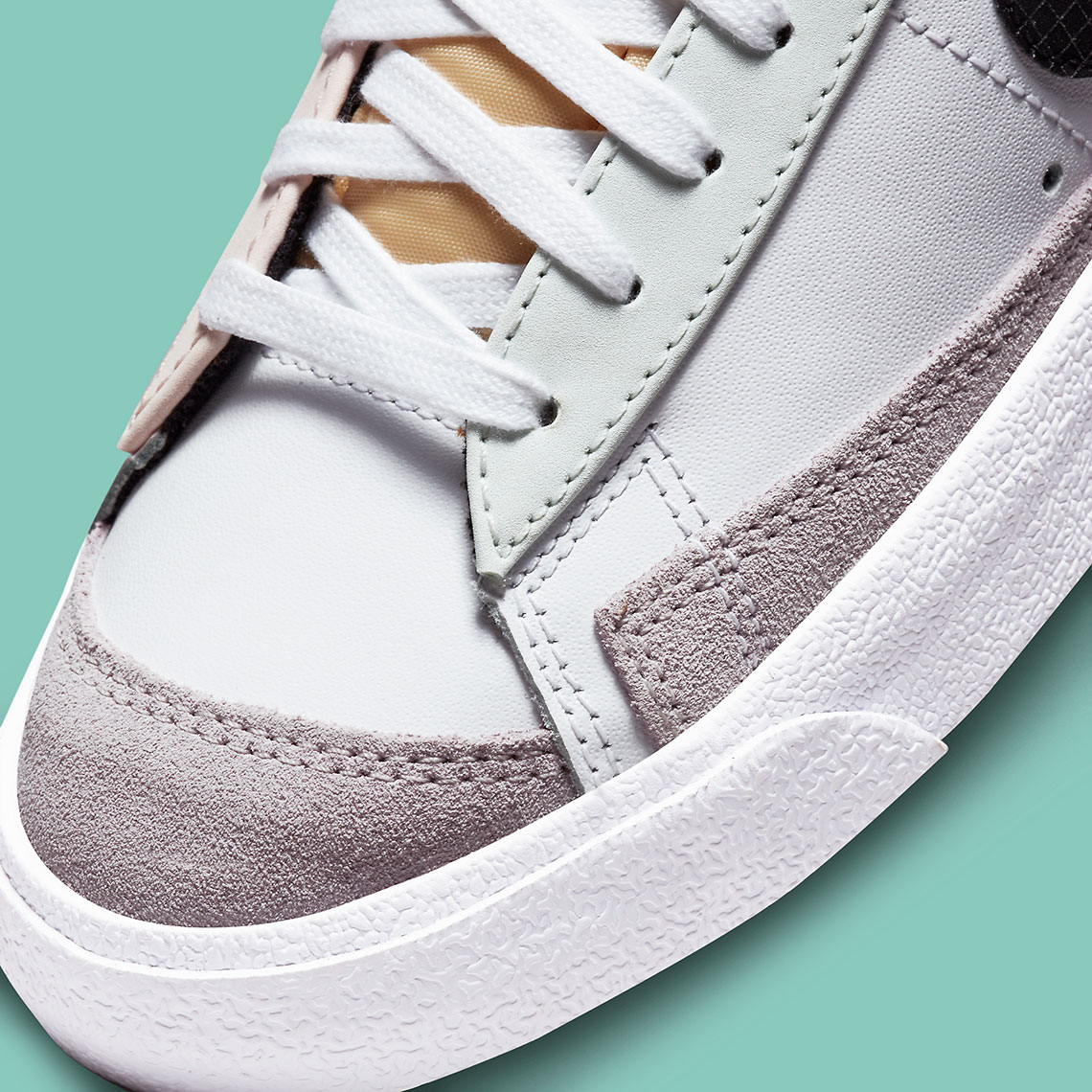 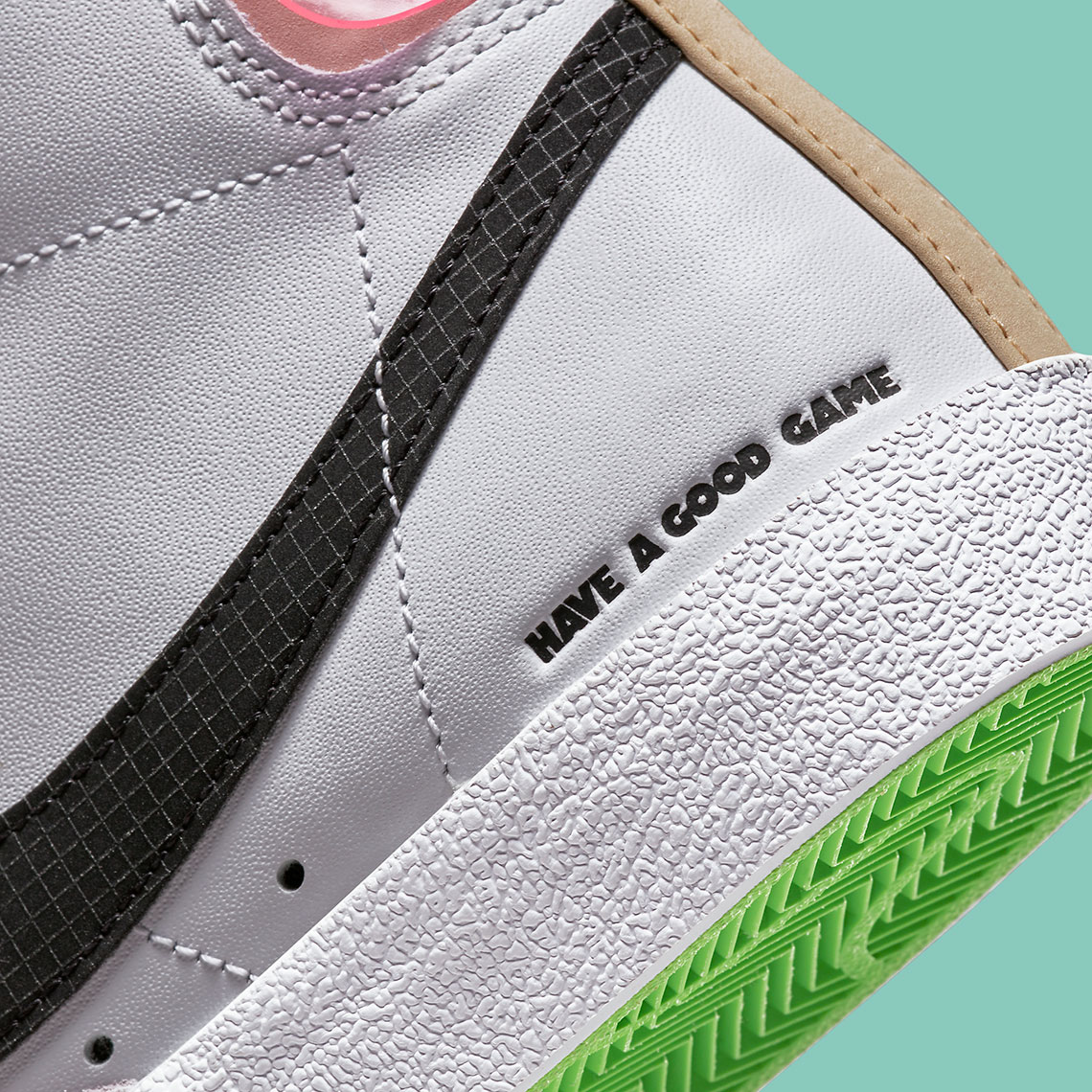