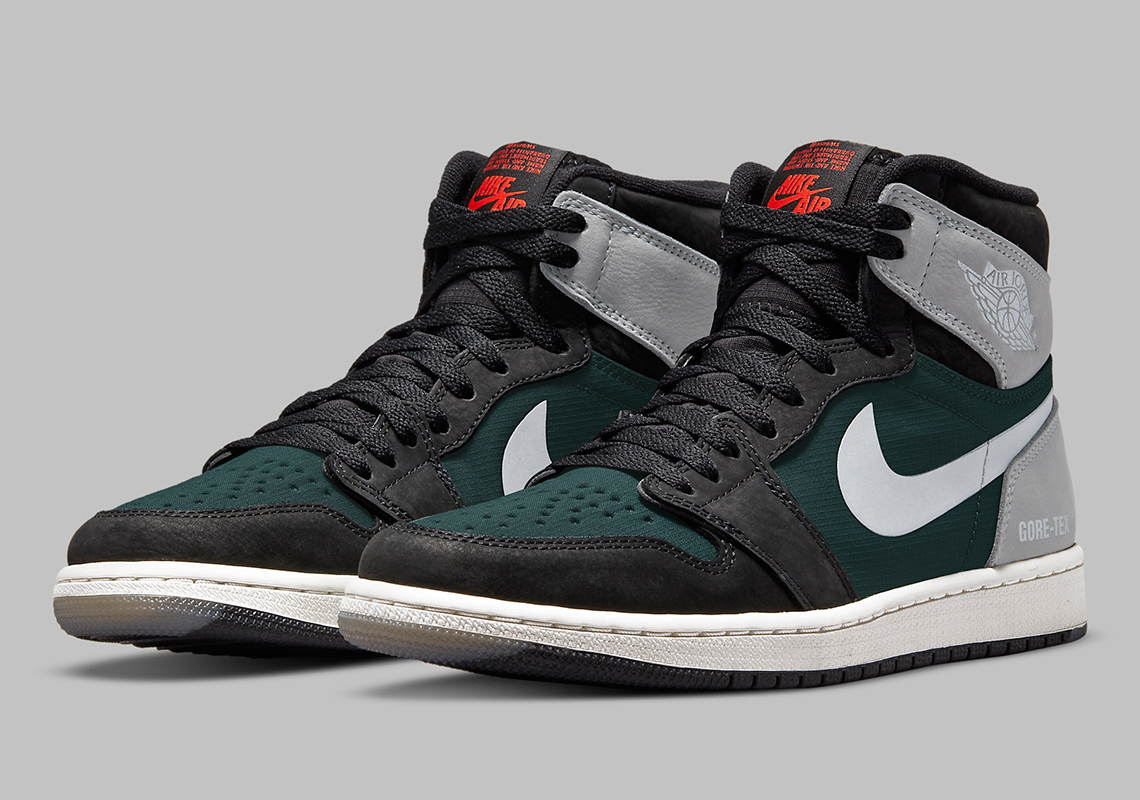 With the rise of Gorpcore came an increased interest in technical fabrications. Materials like Cordura, Thinsulate, and the like have become a big part of fashion today, and these influences are slowly bleeding their way into sneaker culture as well. Case in point: the Air Jordan 1 “GORE-TEX,” a weather-resistant upgrade to a shoe many typically avoid wearing during harsh, tumultuous conditions.

First revealed about two weeks ago, the offering starts with a palatable colorway. Light “Shadow” greys touch up the Swoosh, counter, and ankle flaps — its branding aided by reflective finishes — contrasting against a backdrop made of black ripstop. The midsole, then, dresses up in a slight cream tint that ends underfoot with the dark neutral previously mentioned. And if not for the “GORE-TEX” branding that marks the heel, it would not be entirely apparent that the upper was rain-proof at all.

For a closer look at this upcoming pair, check out the detailed imagery below. A release is currently rumored to land this November.

In other news, the adidas Yeezy Quantum Onyx is coming this week. 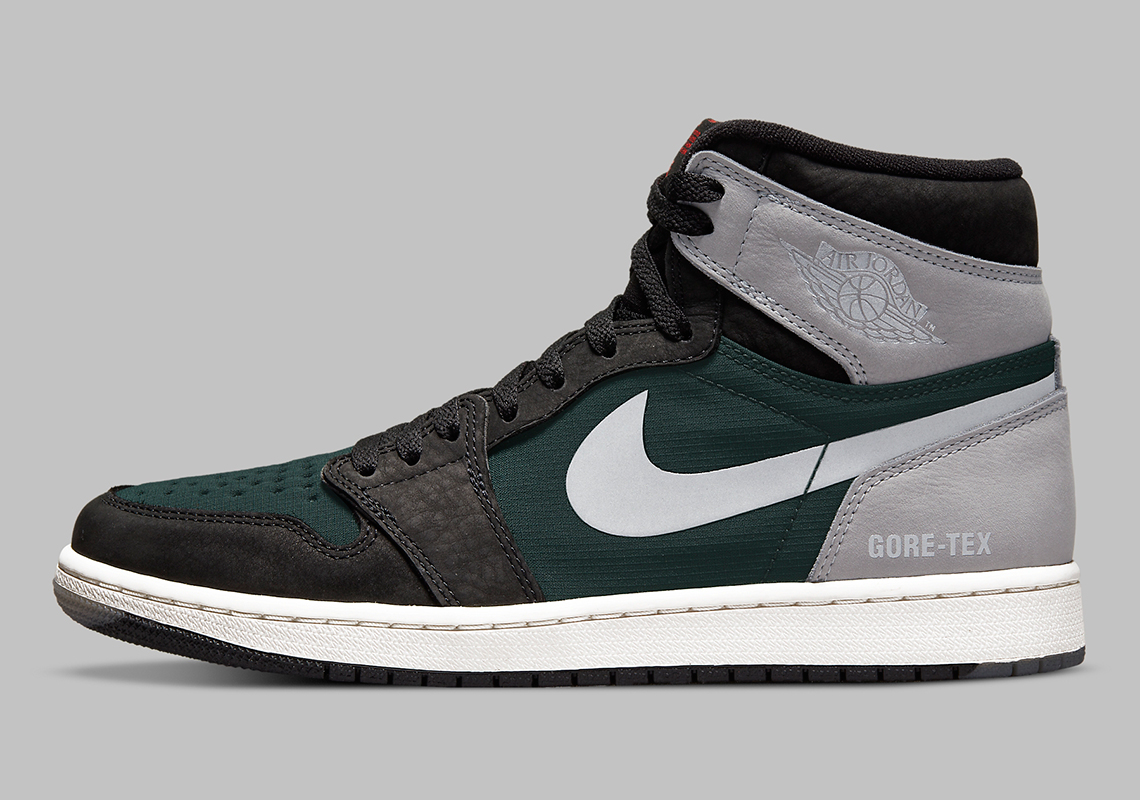 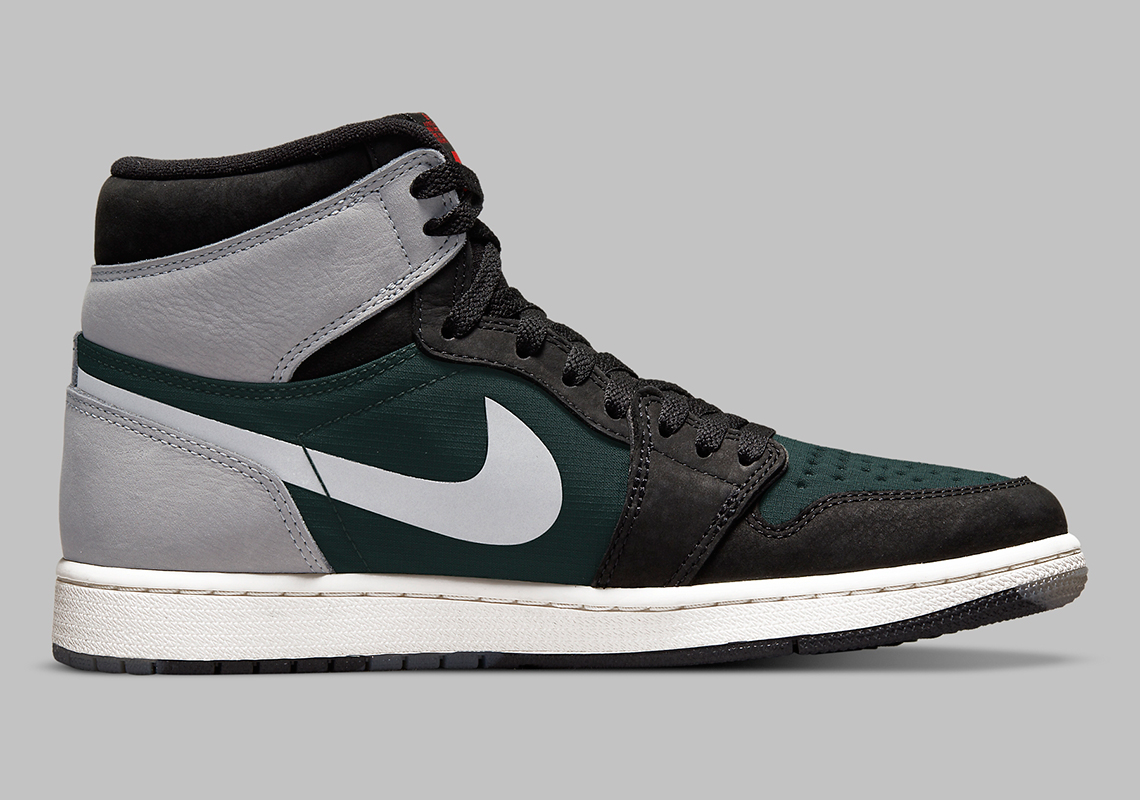 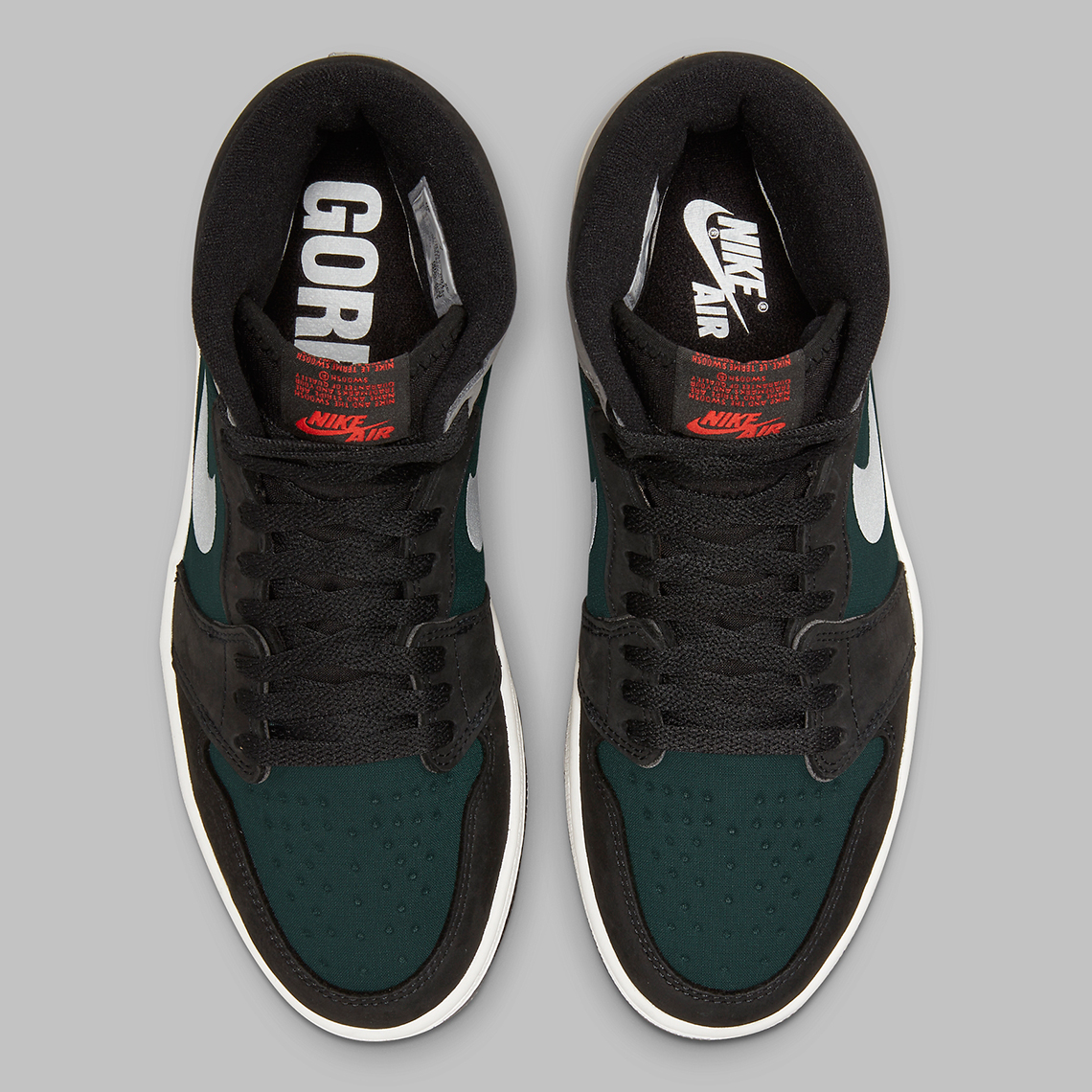 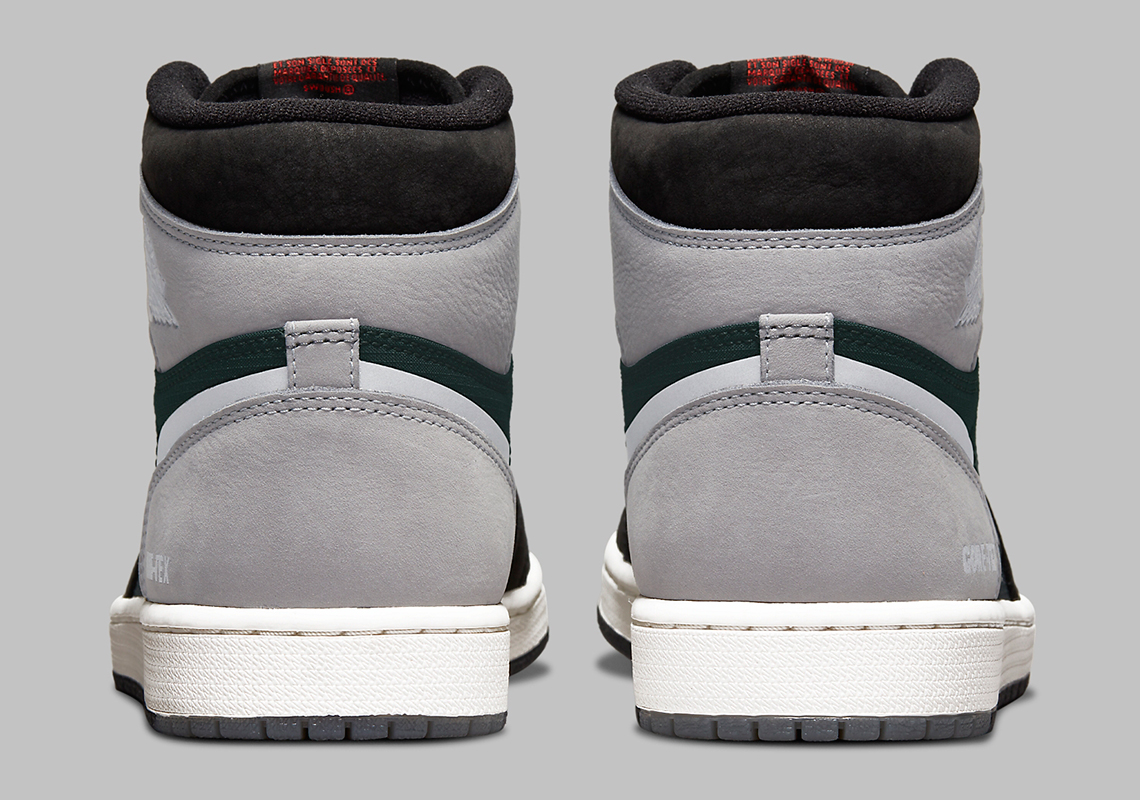 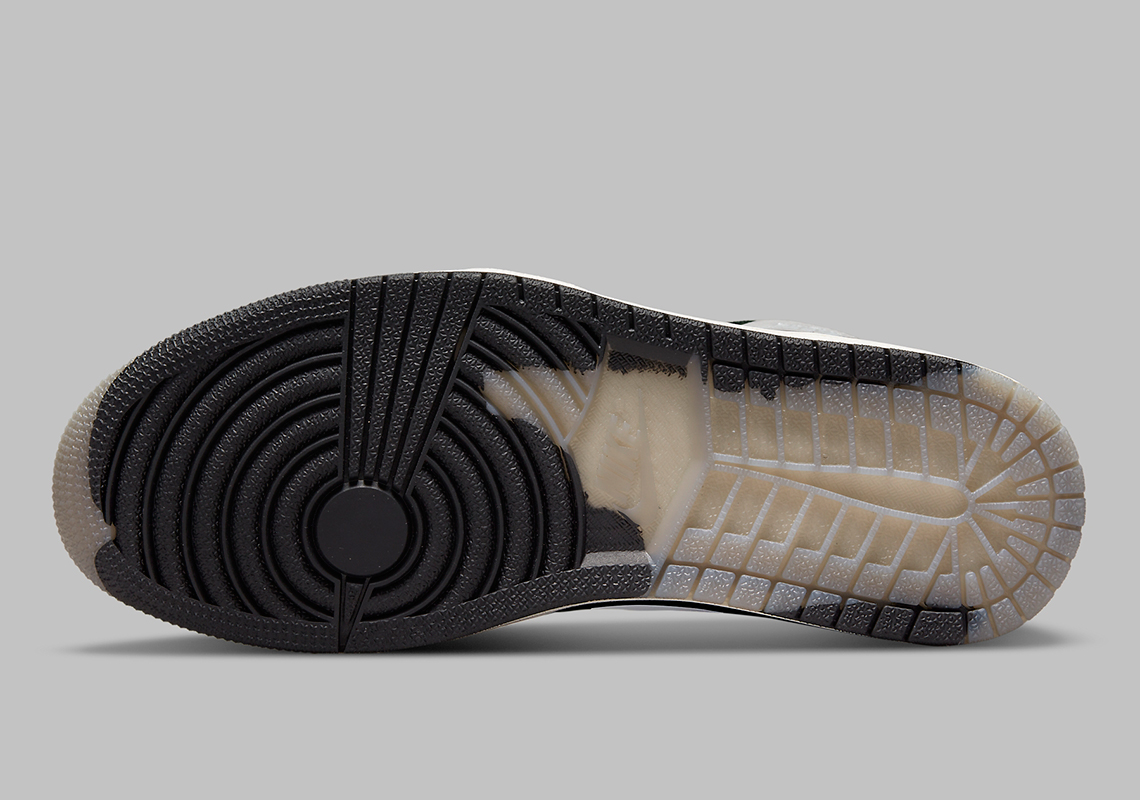 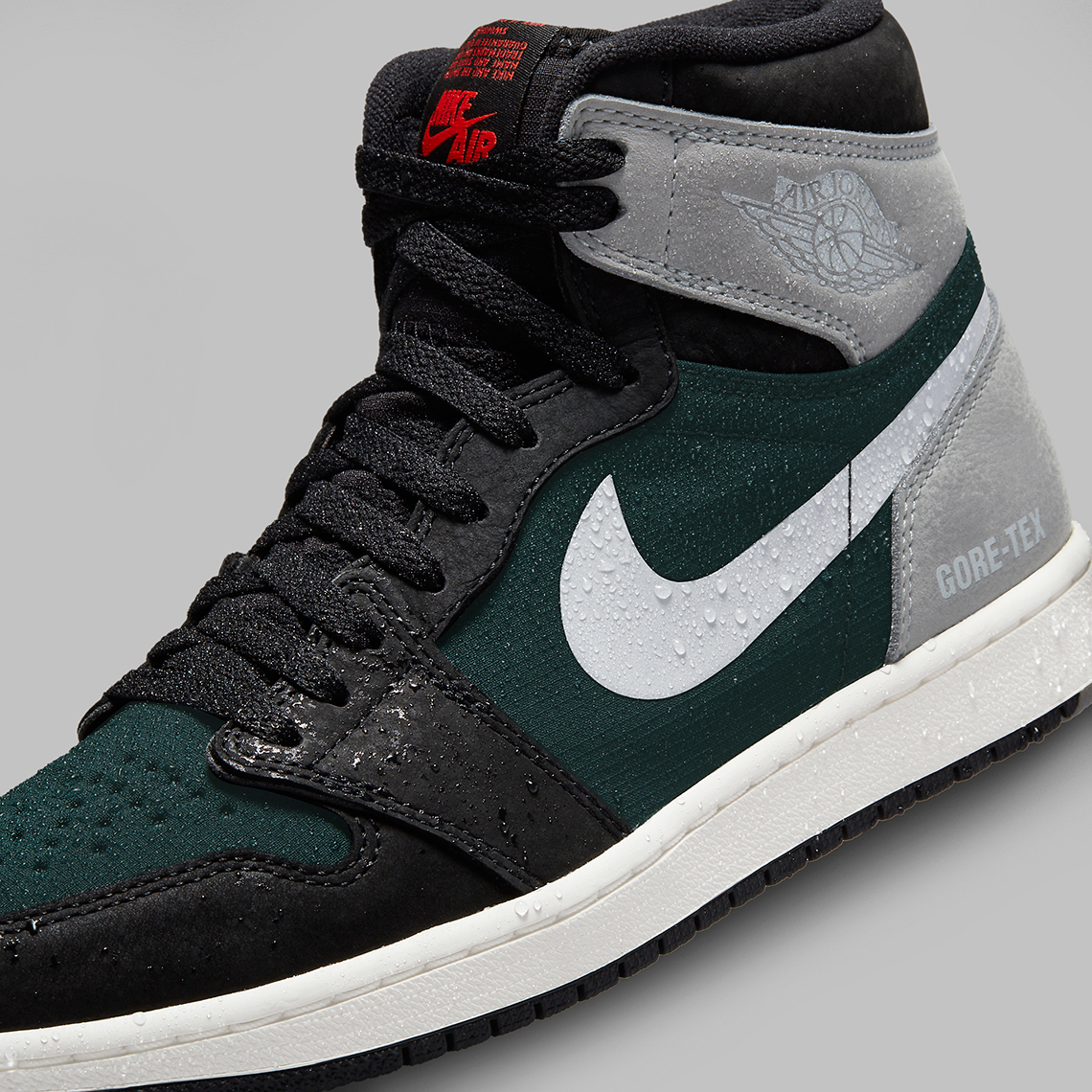 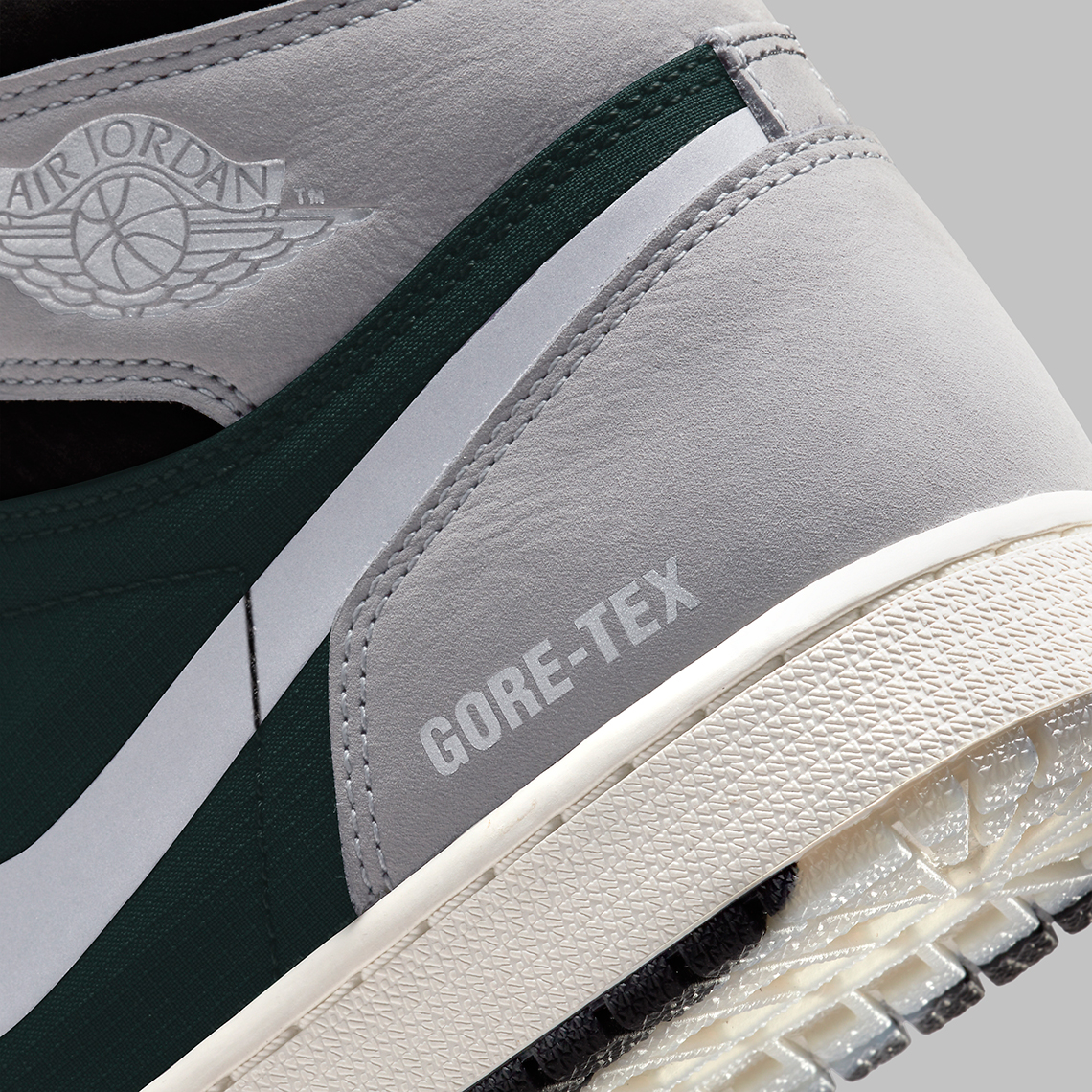 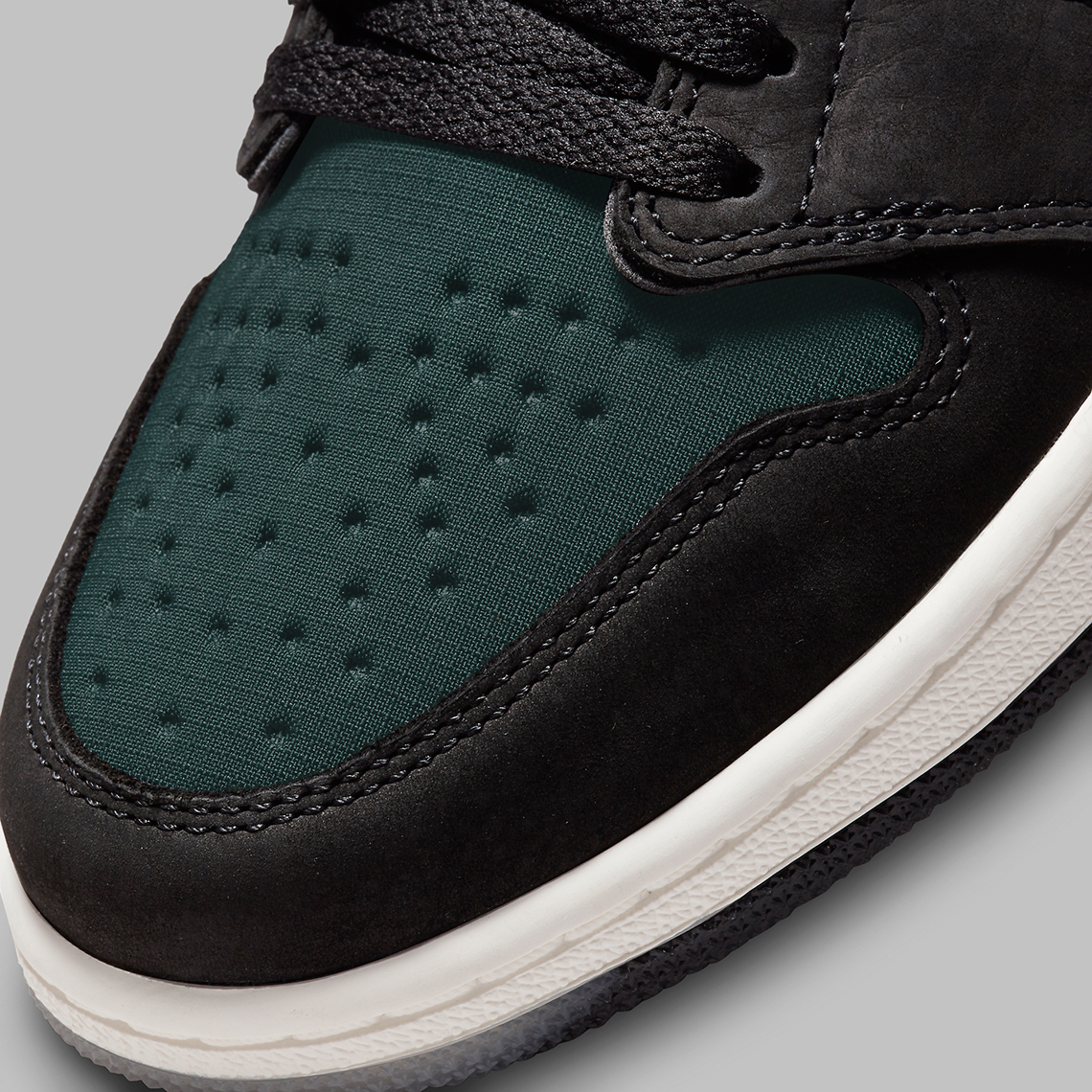 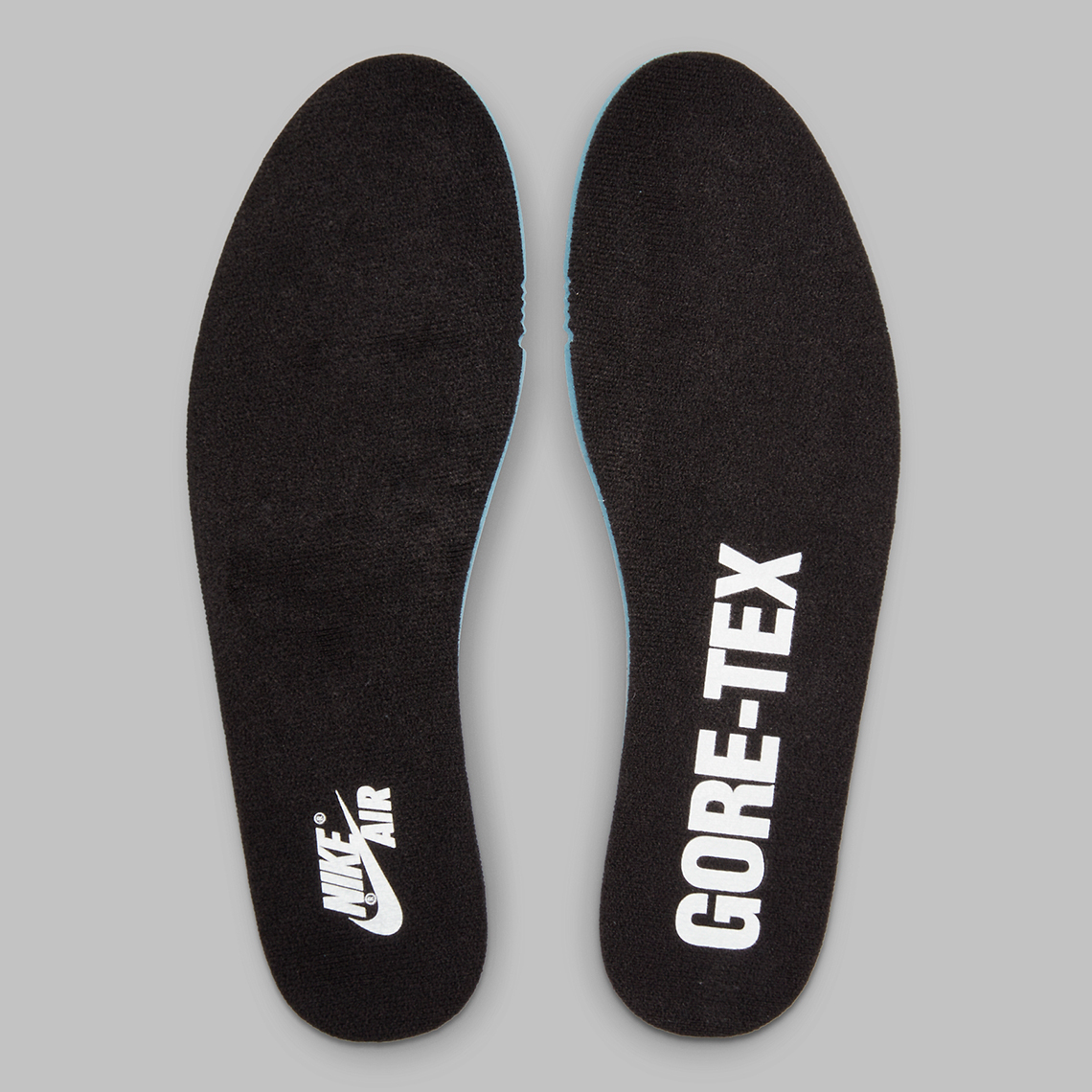