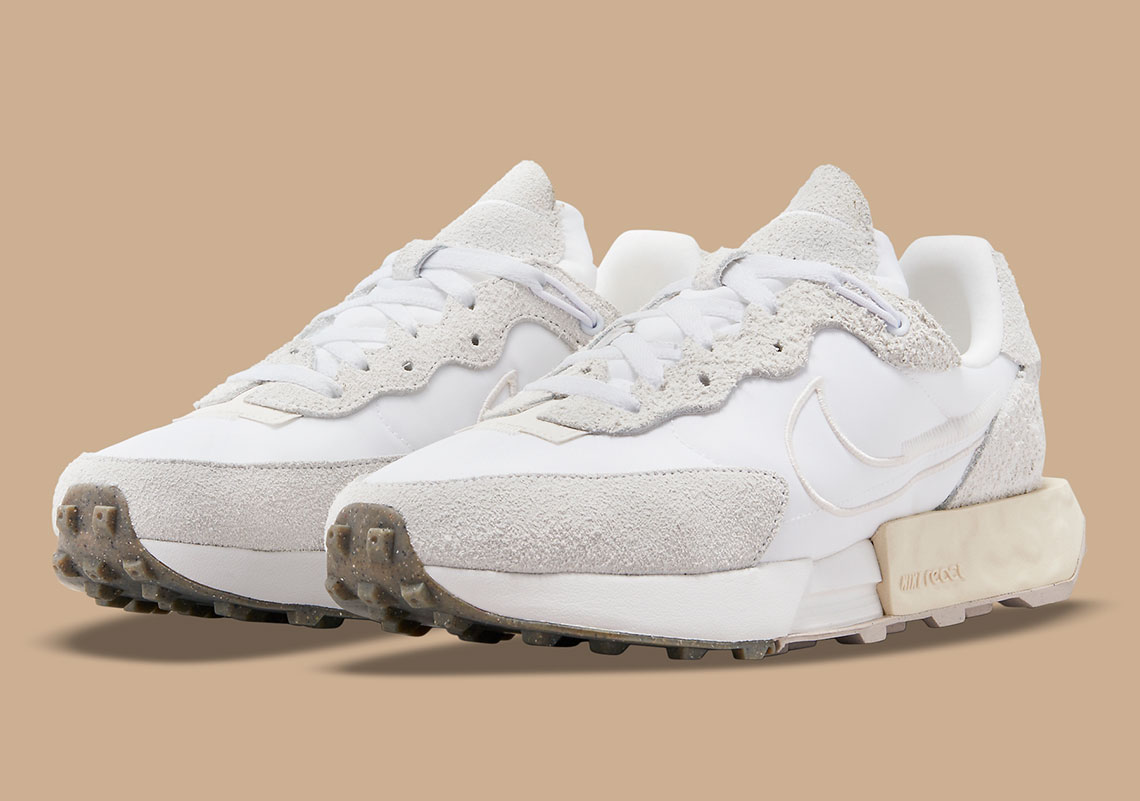 The Nike Fontanka Waffle Gets A Minimalist Color Treatment

The Nike Waffle Trainer has a rich history that dates all the way back to 1974. So it comes as quite a surprise to see the vintage-style runner incorporating much more modern design cues inspired by the bold, new Nike Fotanka Edge. After revealing a black Nike Fontanka Waffle hits with pops of neon, the Swoosh dials things down with an off-white color palette for its next offering.

This newly unveiled Nike Fontanka Waffle sees its plush nylon uppers rep a clean white. Exaggerated suede lacestays and overlays in a grey-beige tone give the sleek style an edgy look while keeping things relatively neutral via an understated mix of colors. Even the embroidered profile Swoosh outlines are cream-tinted for a barely-there appearance. The Waffle Trainer’s classic foam midsole has been swapped out for a new design that involves a segmented look and a nod to the Fontanka Edge’s signature foam piece at the heel. To round out the proposition, the outsole also opts for a sectioned style by features two different Waffle traction patterns in varying shades.

Enjoy official images of the Fontanka Waffle below, which will hit Nike.com in the coming months at a price of $100.

In other Swoosh-related news, another fleece-lined Nike Air Force 1 has emerged. 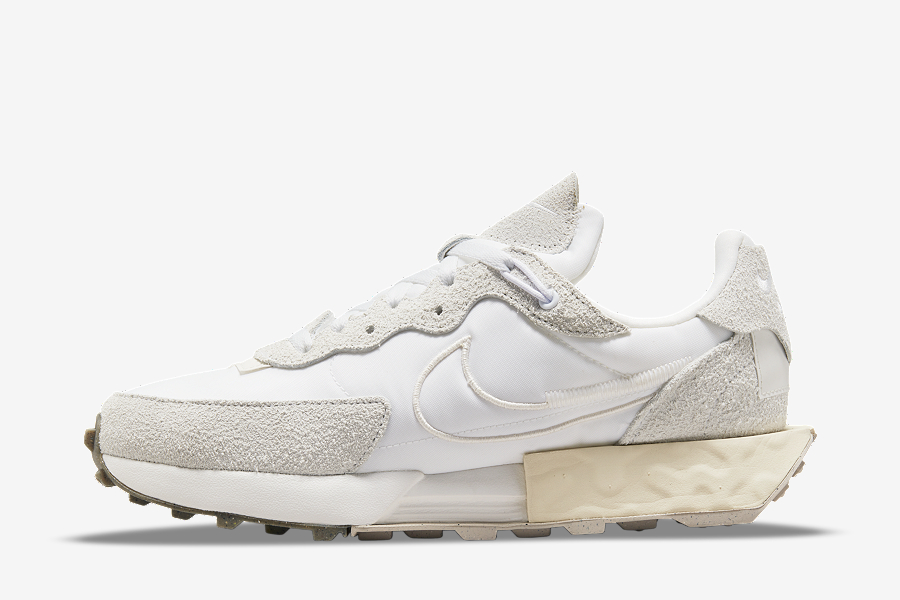 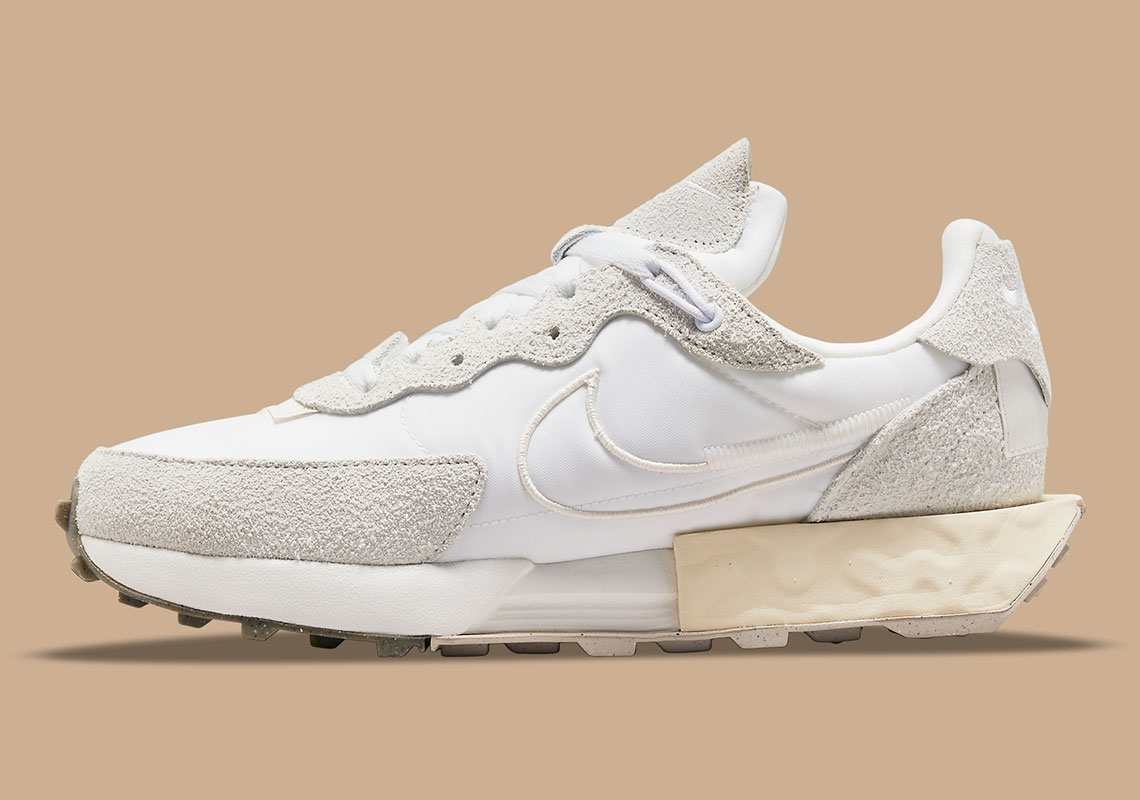 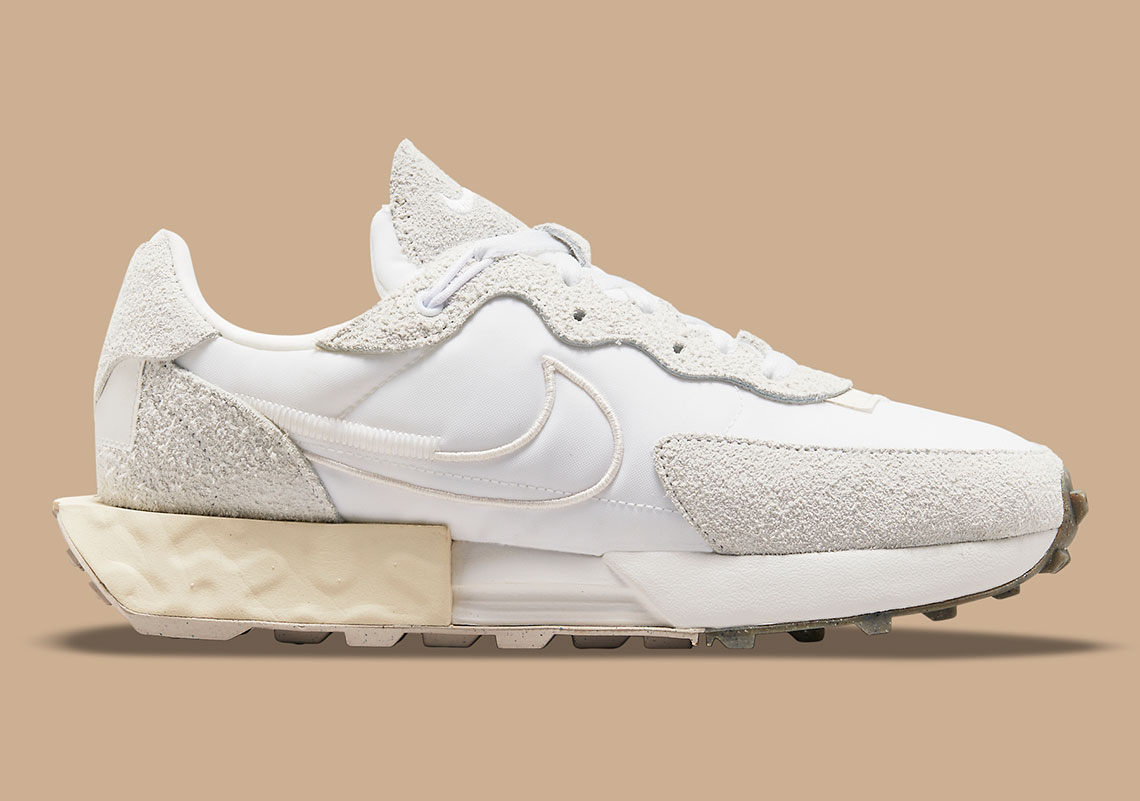 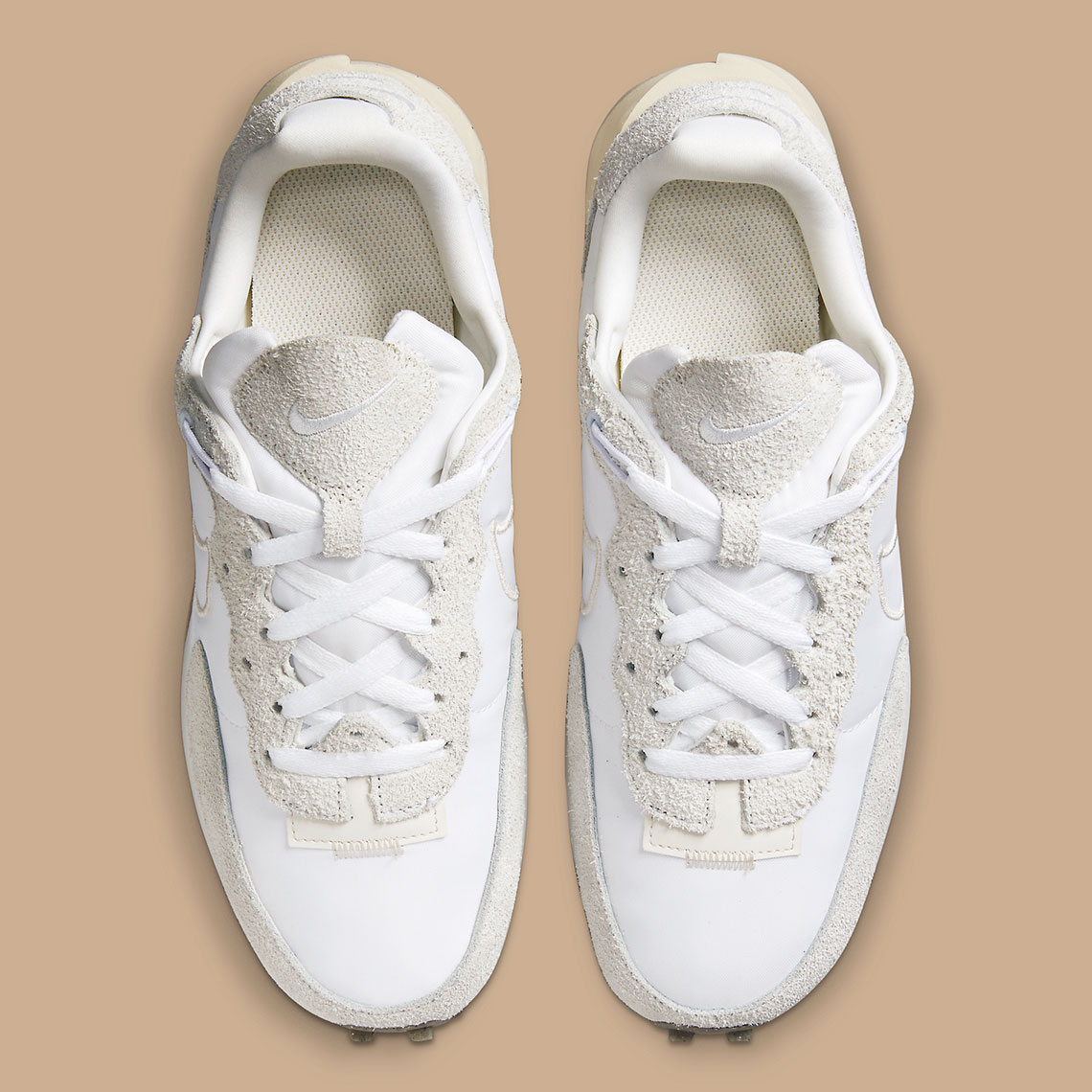 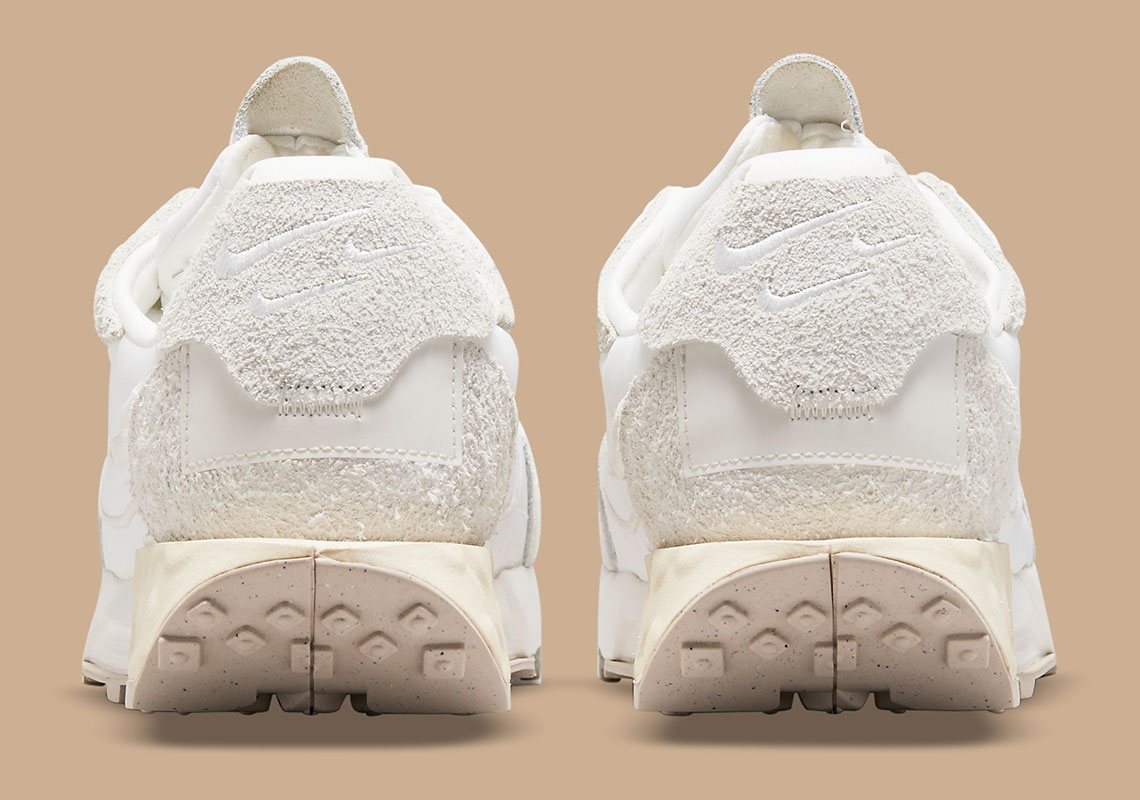 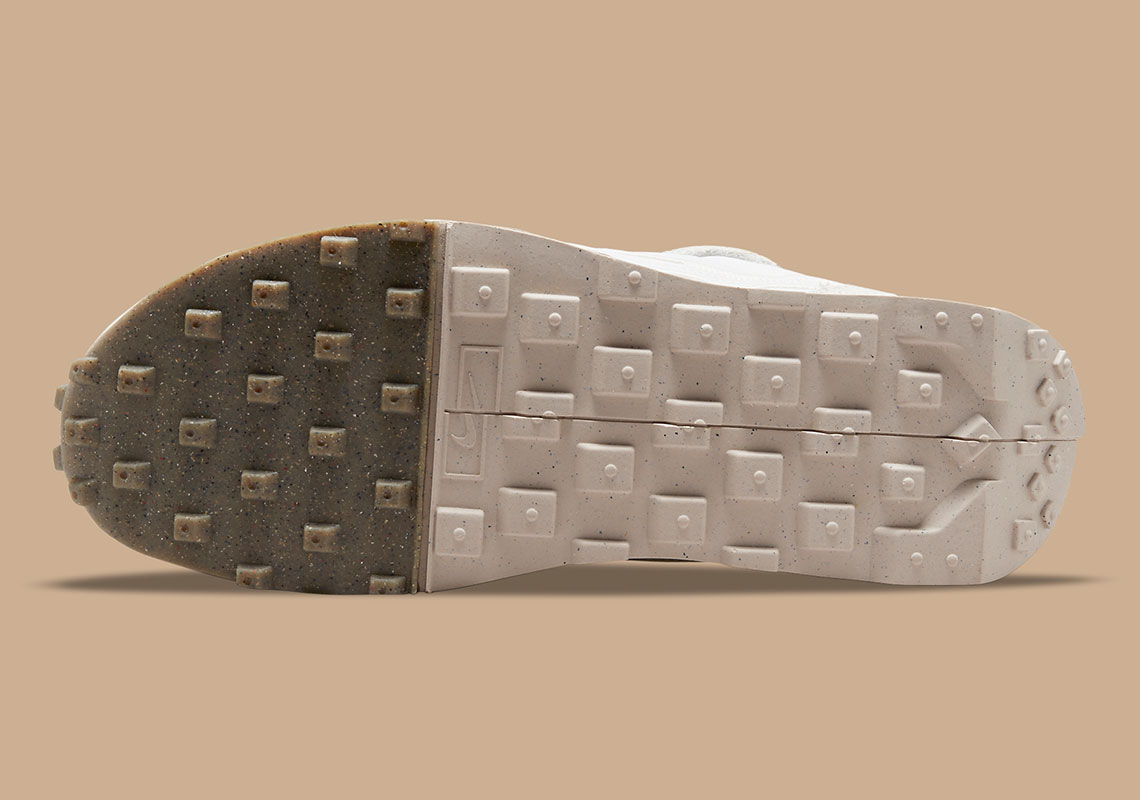 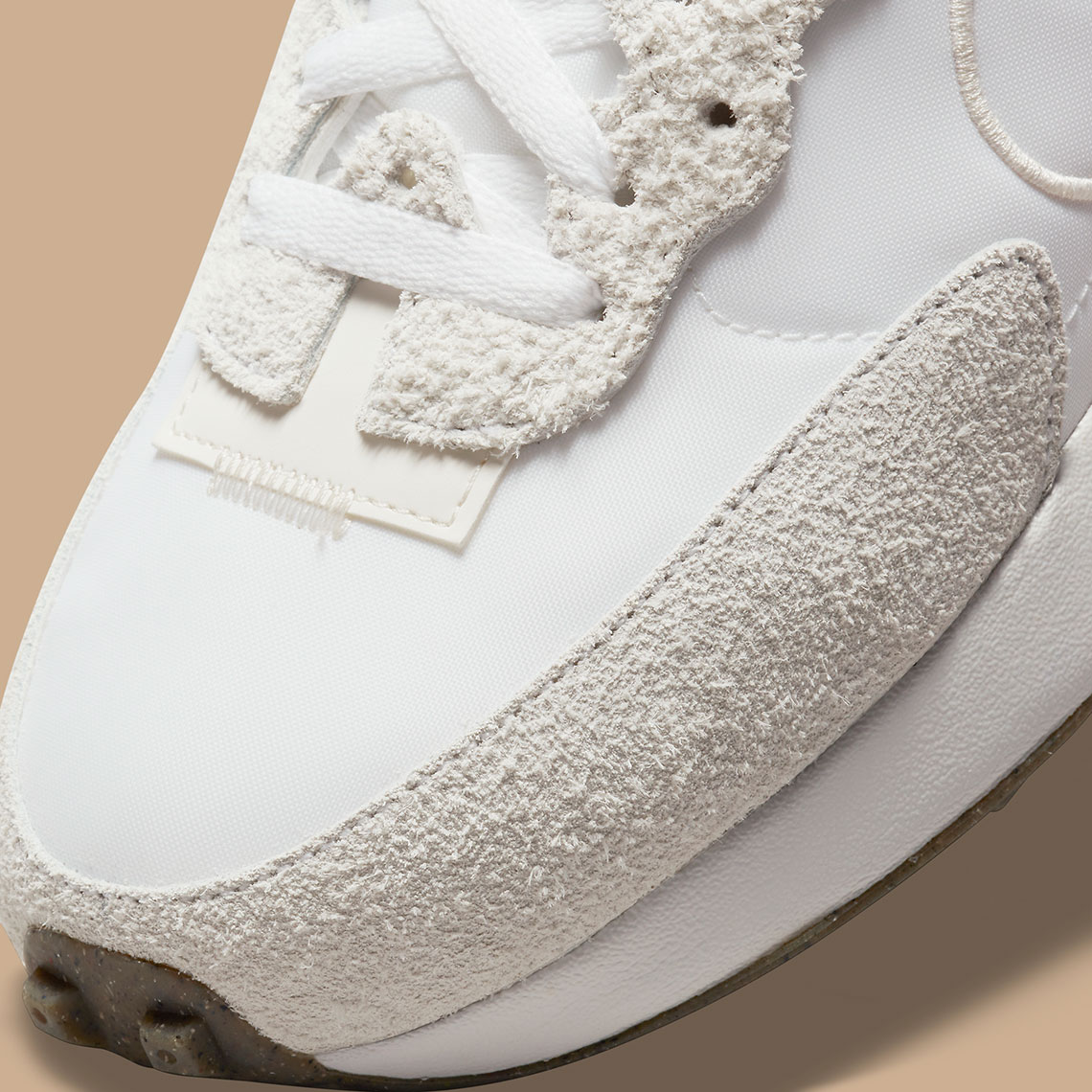 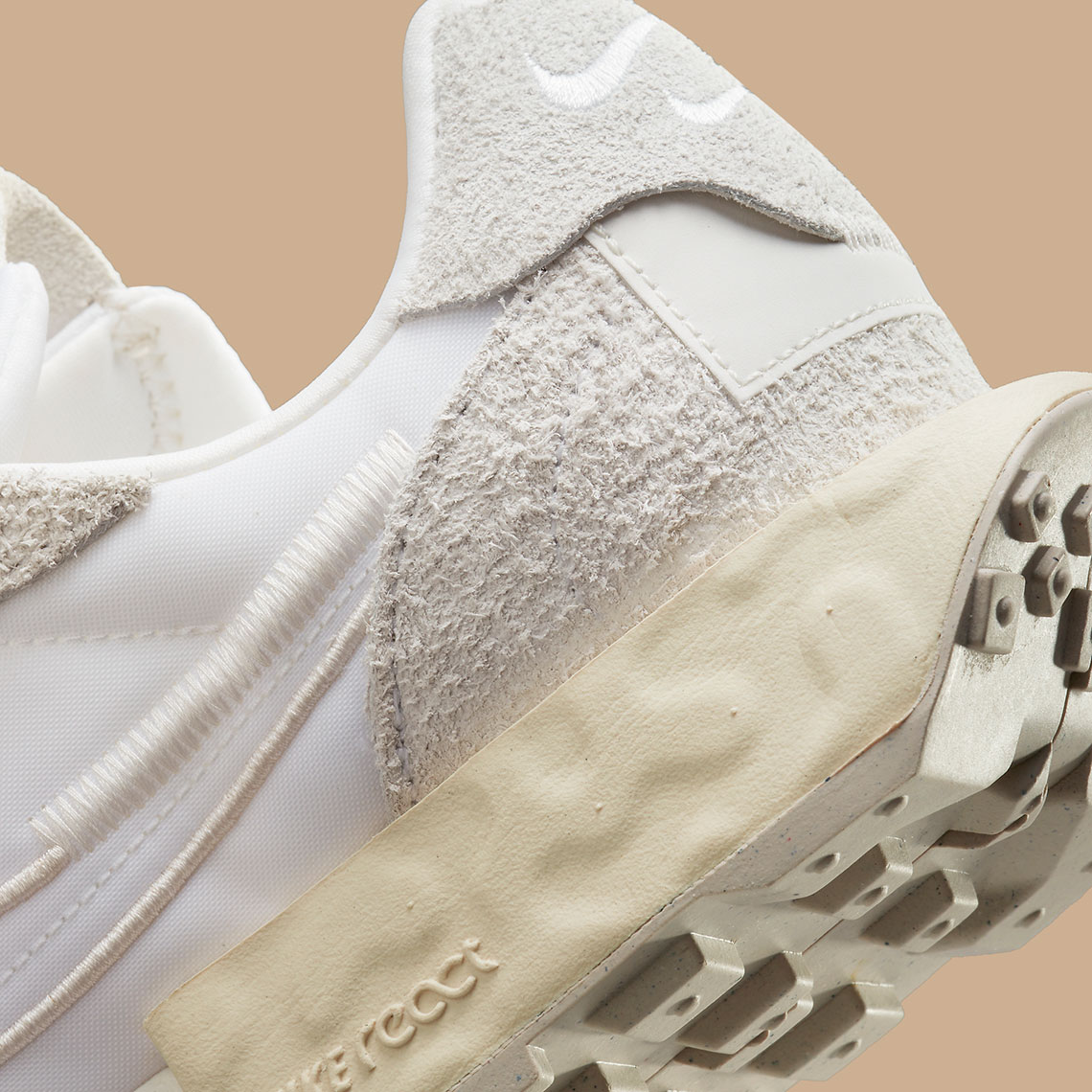