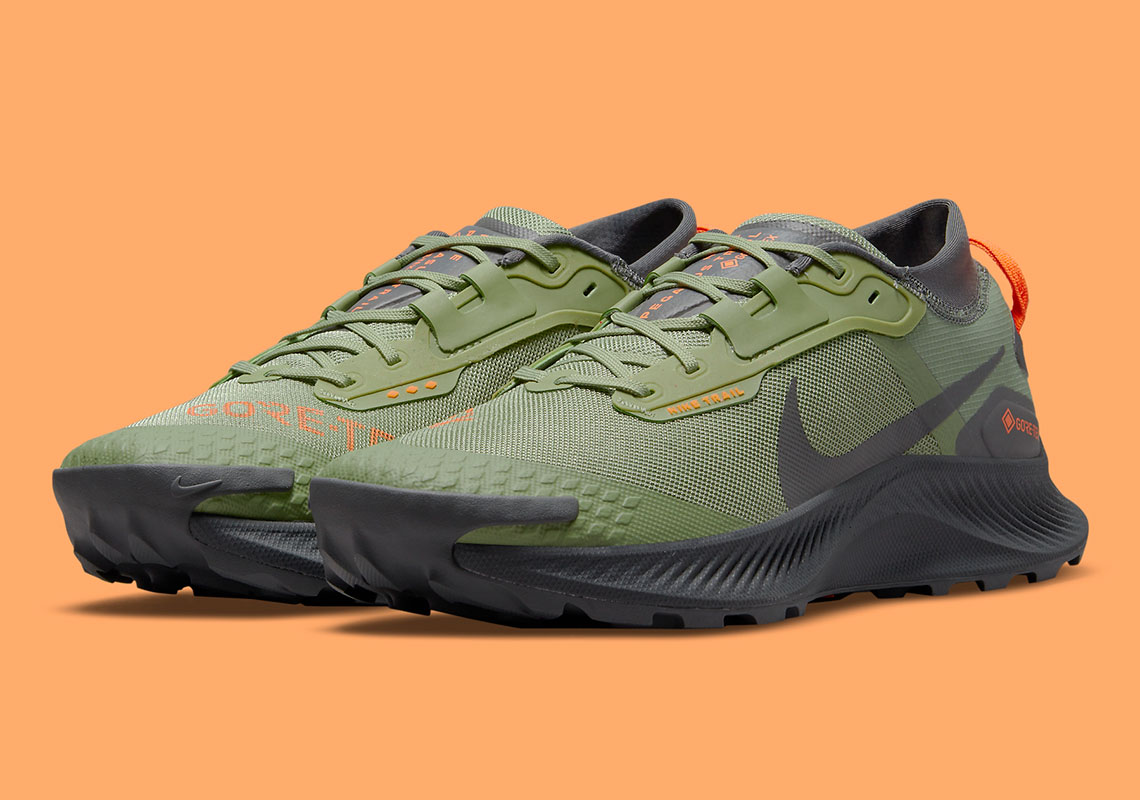 First released in 1983, the Nike Pegasus has seen around thirty versions since its debut, becoming one of Nike’s best-selling franchises in the running category. The Pegasus lineup continues to expand as it adds Gore-Tex uppers to the Nike Pegasus Trail 3 for a flight jacket-reminiscent offering.

This army green and orange arrangement emerges only shortly after the reveal of another Gore-Tex-infused Pegasus Trail 3 in a “Brown/Volt” coloring. Its outdoor-ready mesh upper exhibits a full-green wash, with the hue also applied to the laces and lacestays. The lateral side keeps things simple with a single oversized black Swoosh decal, much unlike the opposite side. Instead, the medial side gets playful with orange branded details that include a mini Swoosh at the heel, the Nike Trail logo, and enlarged “GORE-TEX” text that extends onto the toe. In true Pegasus 3 Trail fashion, the fall-appropriate look is complete with a dynamic band system for a secure fit and a Nike React sole for utmost comfort.

Enjoy official images of the Pegasus Trail 3 Gore-Tex below, which will hit Nike.com in the coming months at a price of $130.

For more by the Swoosh, check out the split animal prints on a “Dusty Pink” Nike Dunk Low. 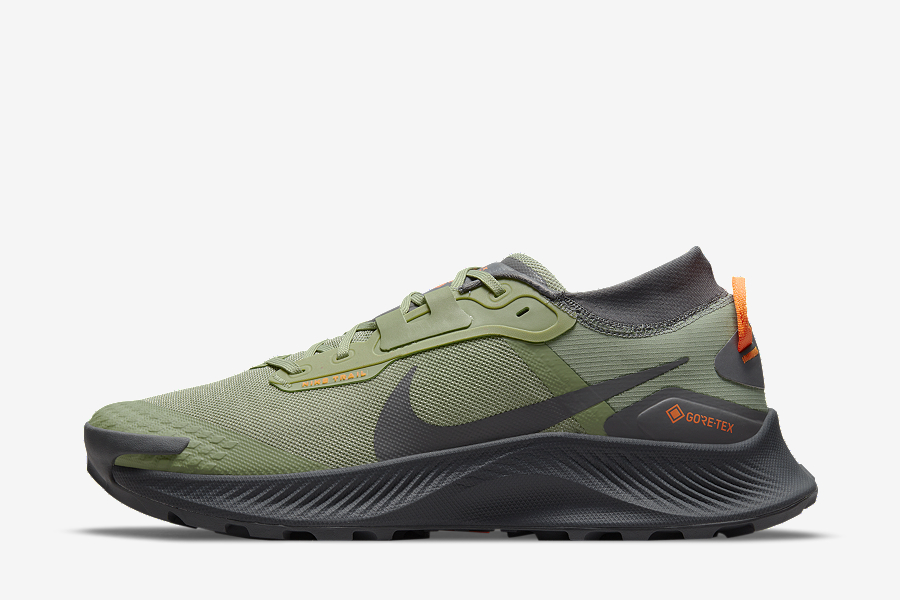 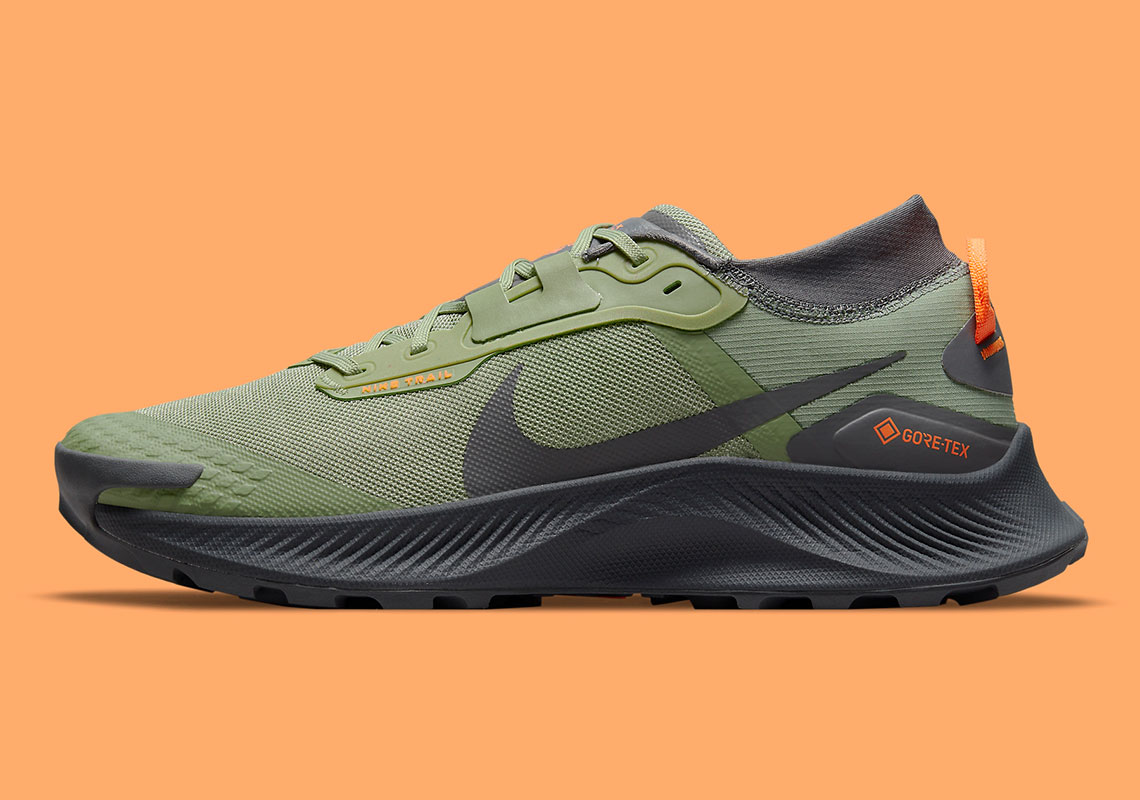 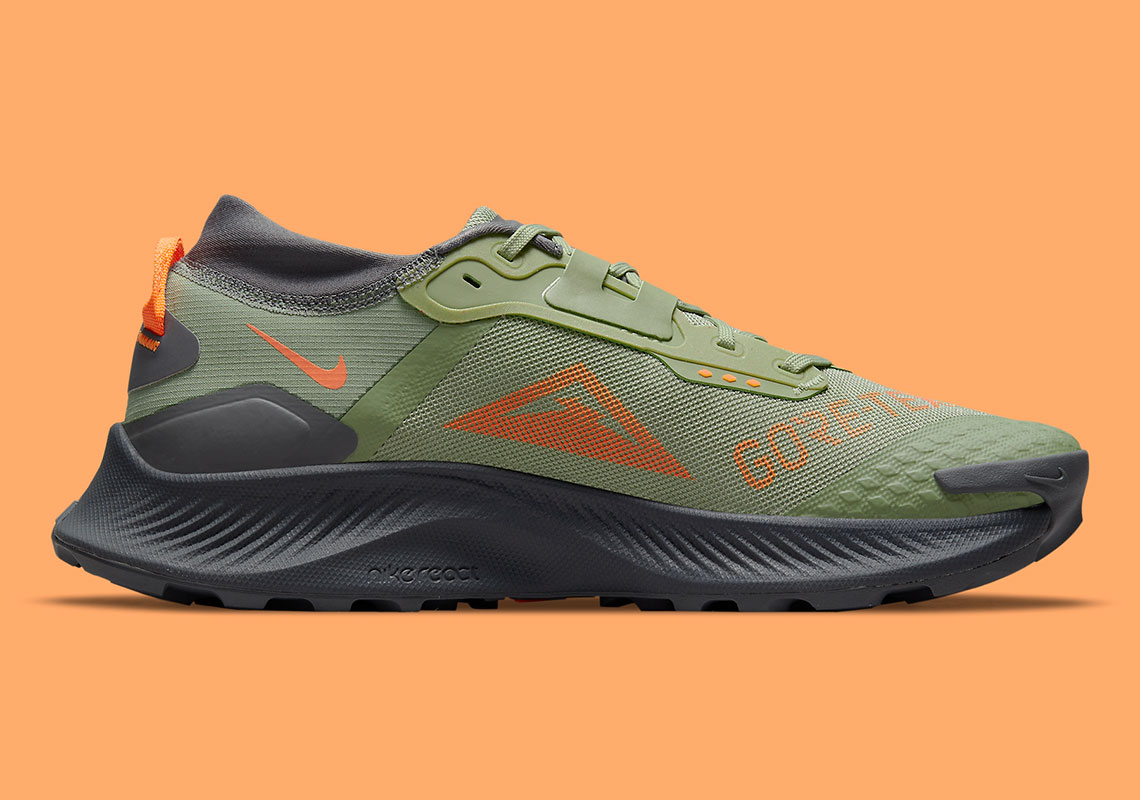 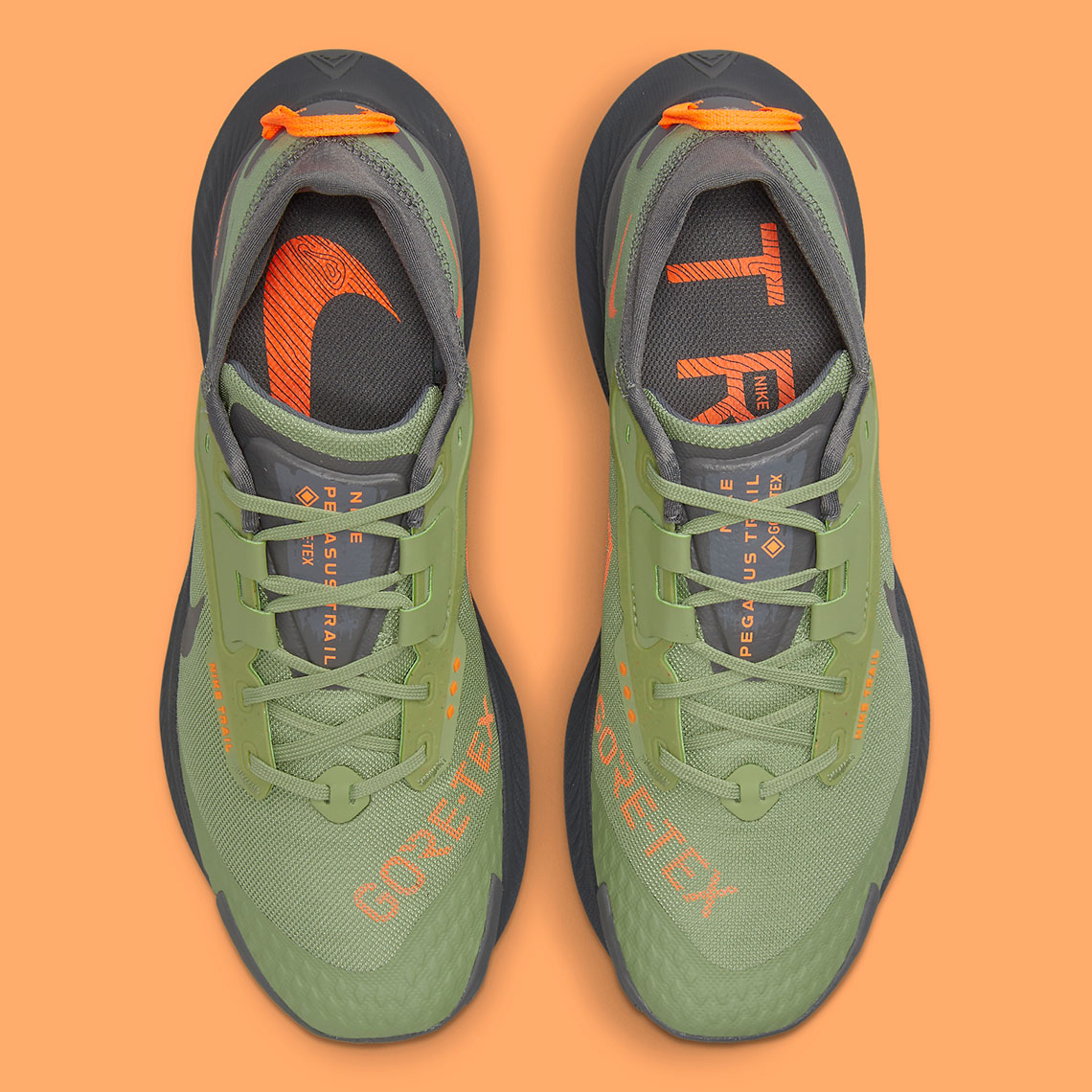 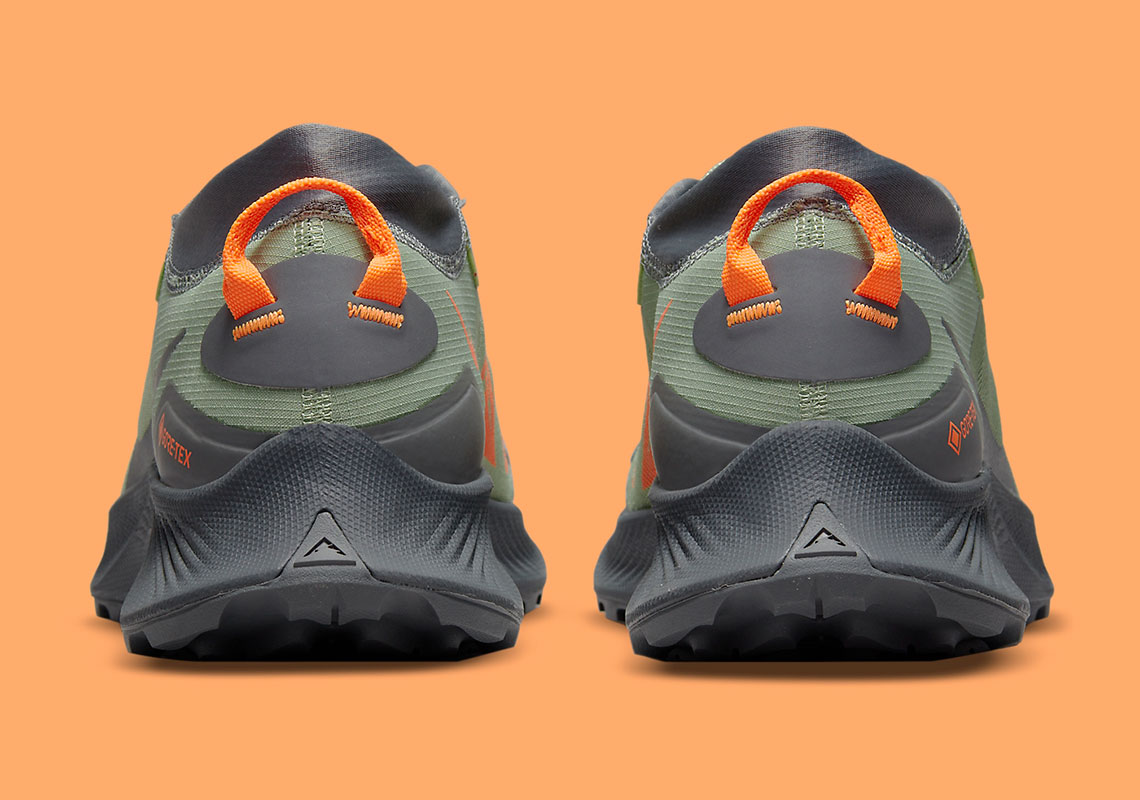 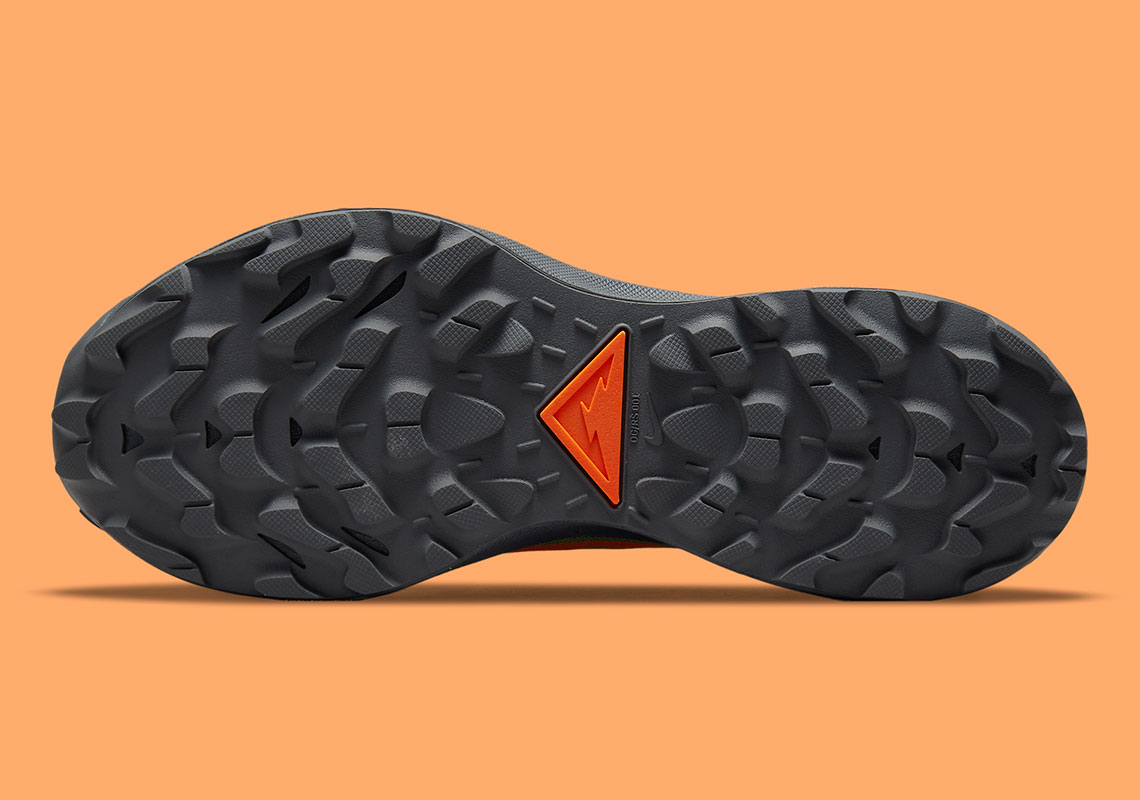 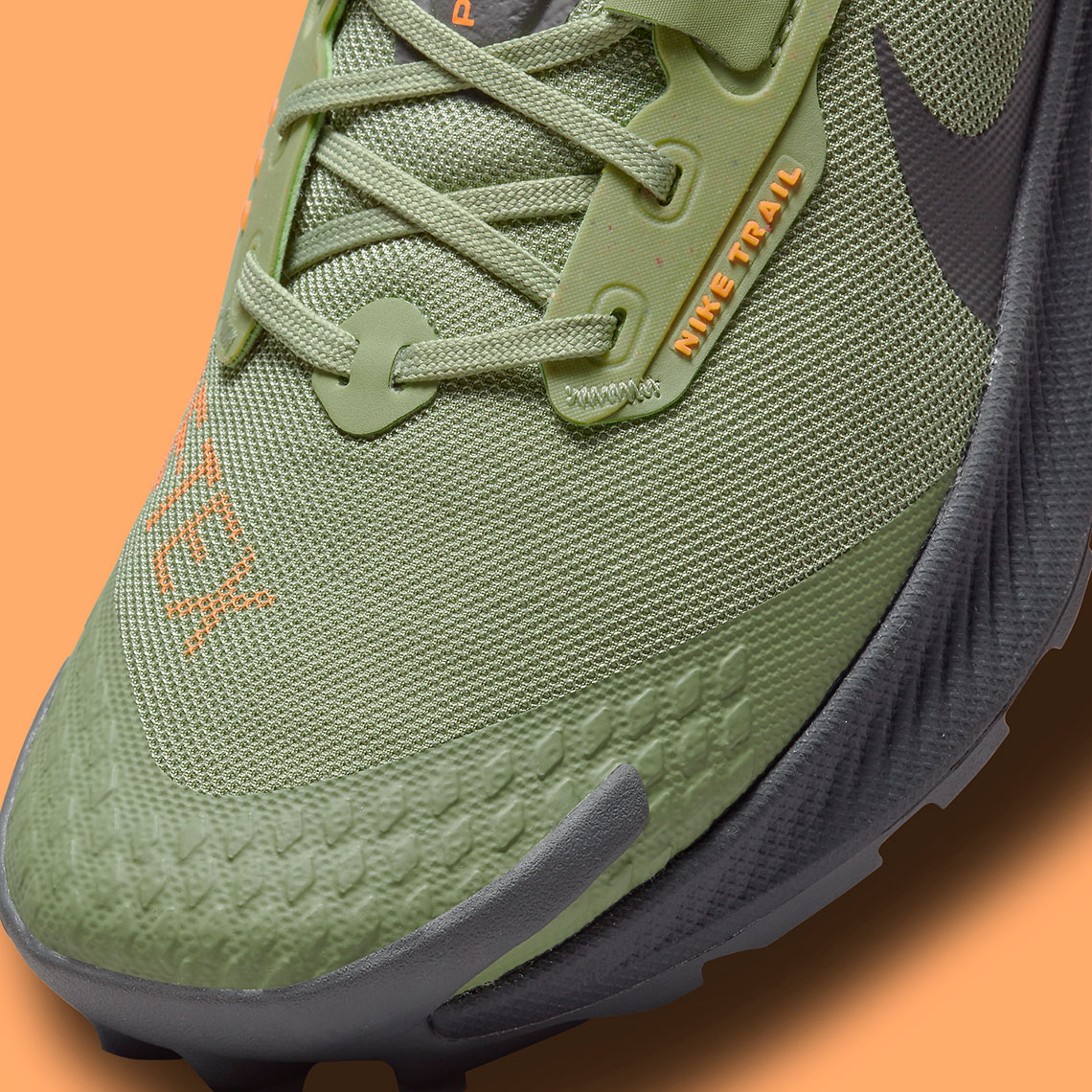 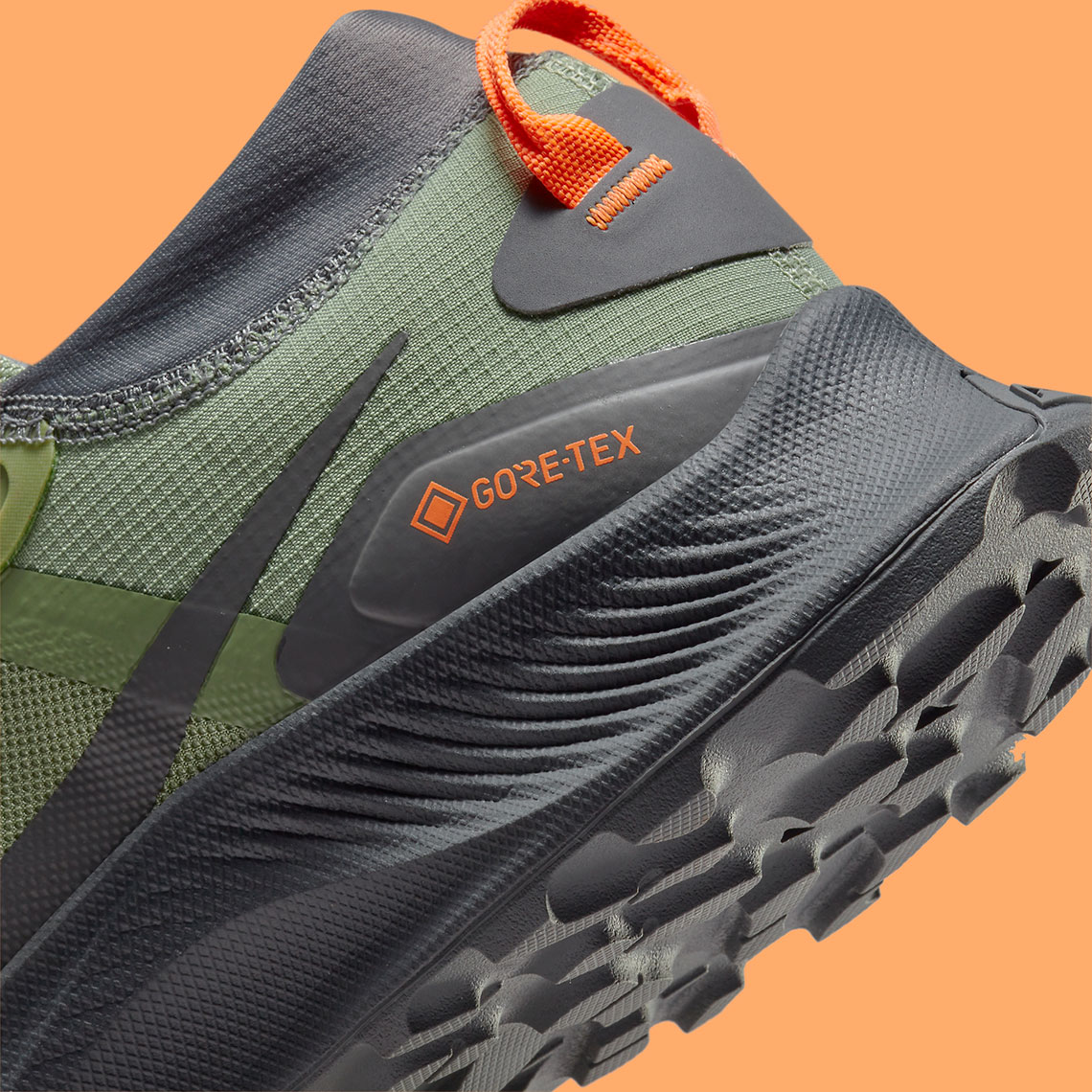