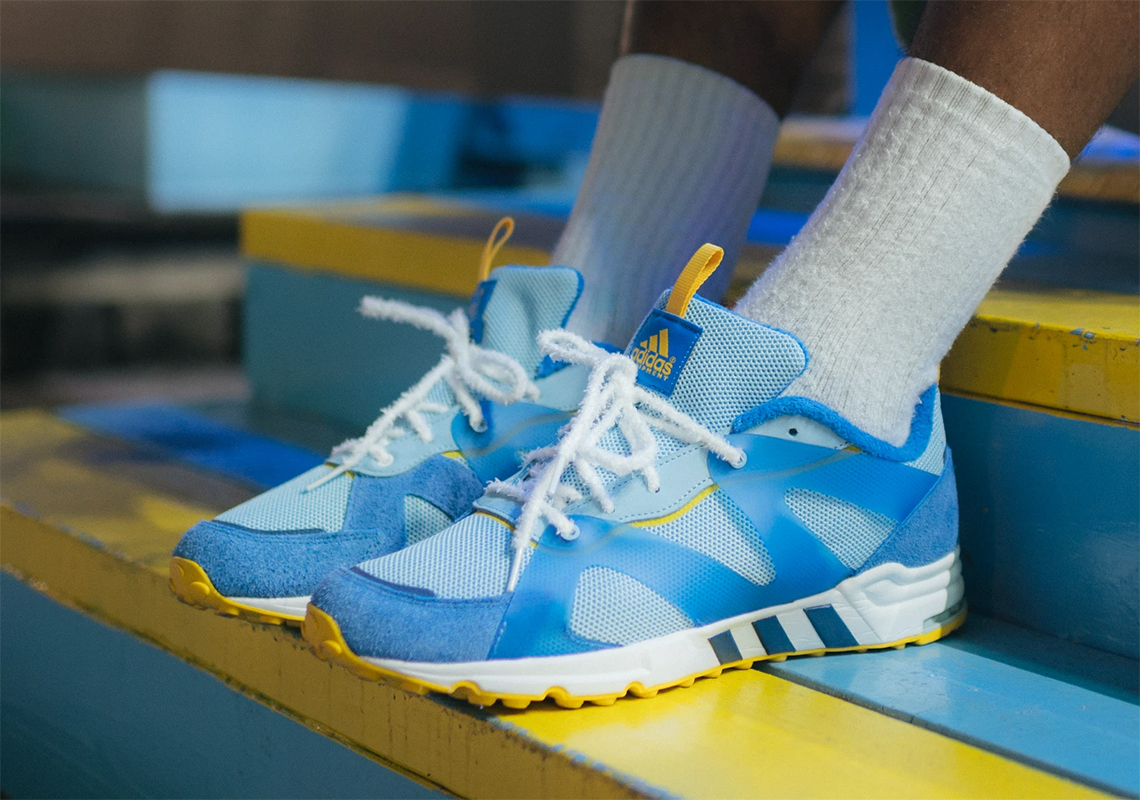 Documentaries relating to technological and design advancements on American soil usually include mention of the World’s Fair, which last took place in New Orleans in 1984. Sneaker Politics, which is headquartered in the Louisiana destination, has recently turned to the event for inspiration as it worked on the adidas EQT Prototype.

Part of the Three Stripes’ “Life Needs Equipment” collection, which celebrates the 30th anniversary of adidas EQT, the newly-surfaced pair borrows its color palette from the mascot debuted at the ’84 event: Seymore D. Fair. Dressed in a blue tuxedo, top hat and gloves, the anthropomorphic white pelican welcomed spectators to the cultural hub that is New Orleans 37 years ago. His wardrobe informed the the textile and synthetic build across Sneaker Politic’s latest collaboration, with yellow from his bill animating the shoe’s outsole, tongue underlays and branding throughout the upper.

Away from the footwear, the partnership helps shed light on the work Seymore’s Foundation is doing in Louisiana. A portion of the proceeds from the latest adidas sneaker will go to the non-profit organization, which develops drug education curriculum and prevention solutions for children in grades kindergarten through sixth.

Enjoy campaign imagery of the ’84 World’s Fair homage here below, and find pairs arriving to all Politics locations on Saturday, October 9th. A raffle is also being opened to all U.S.A.-based customers. 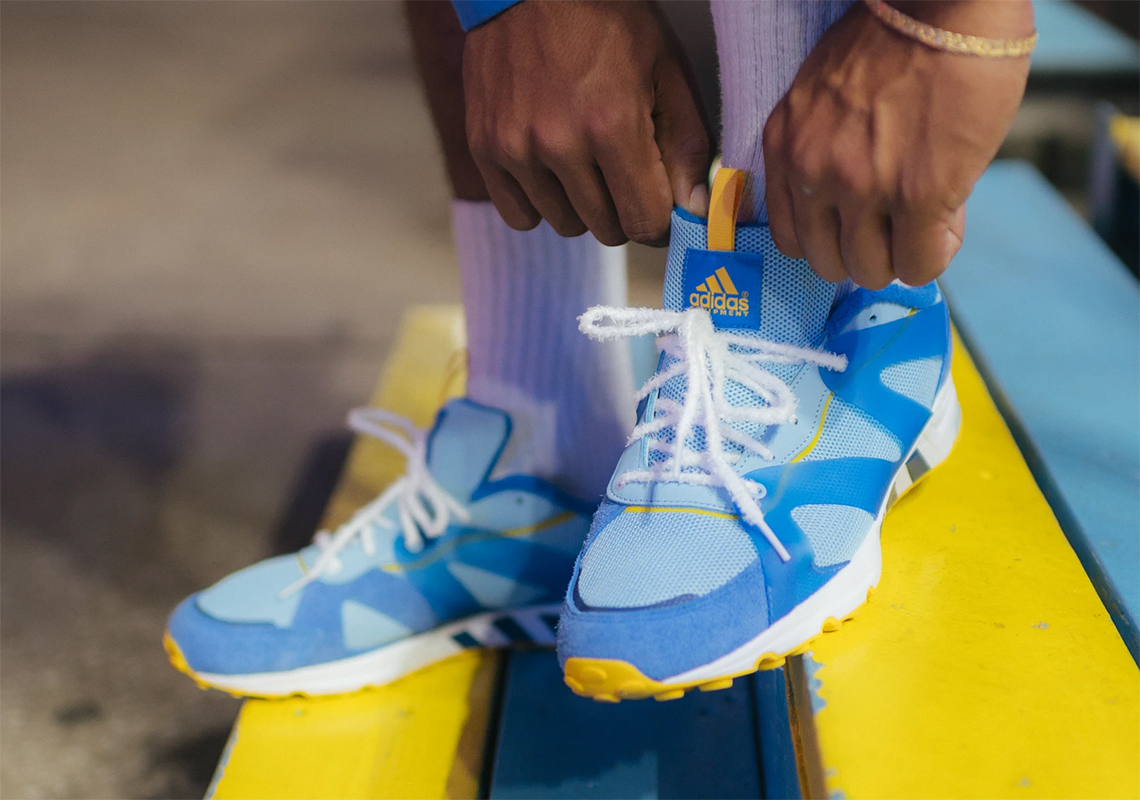 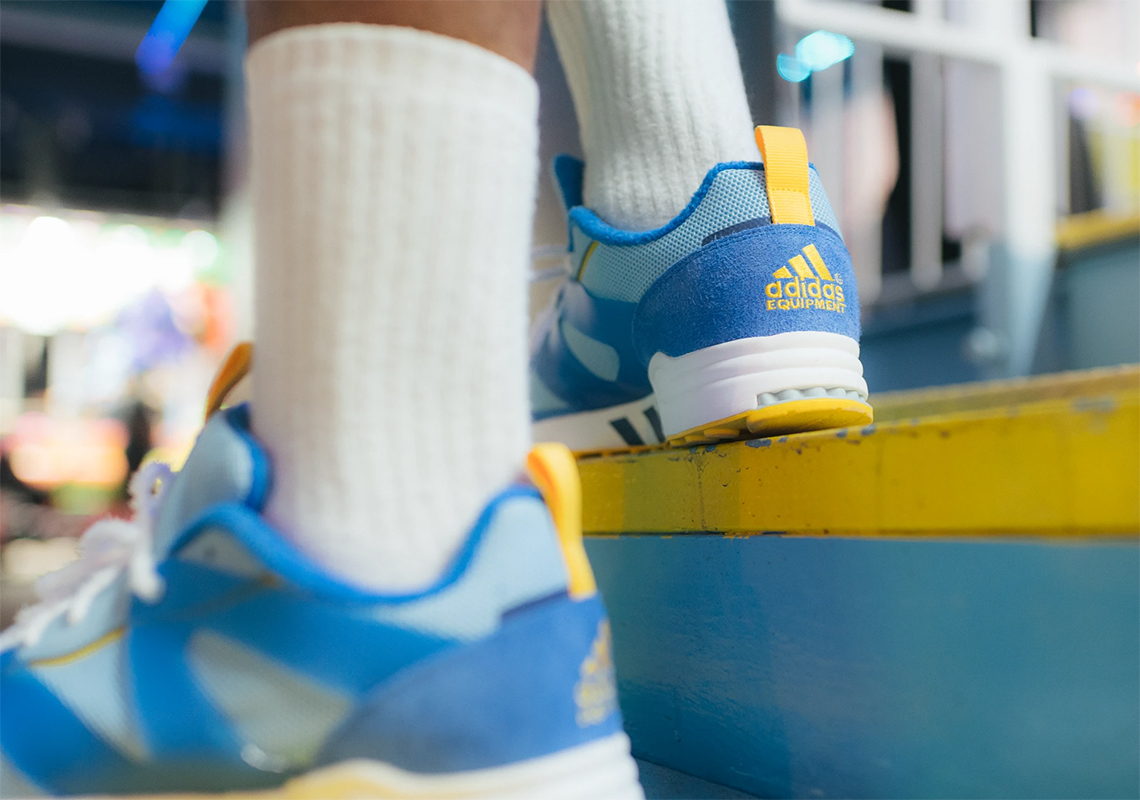 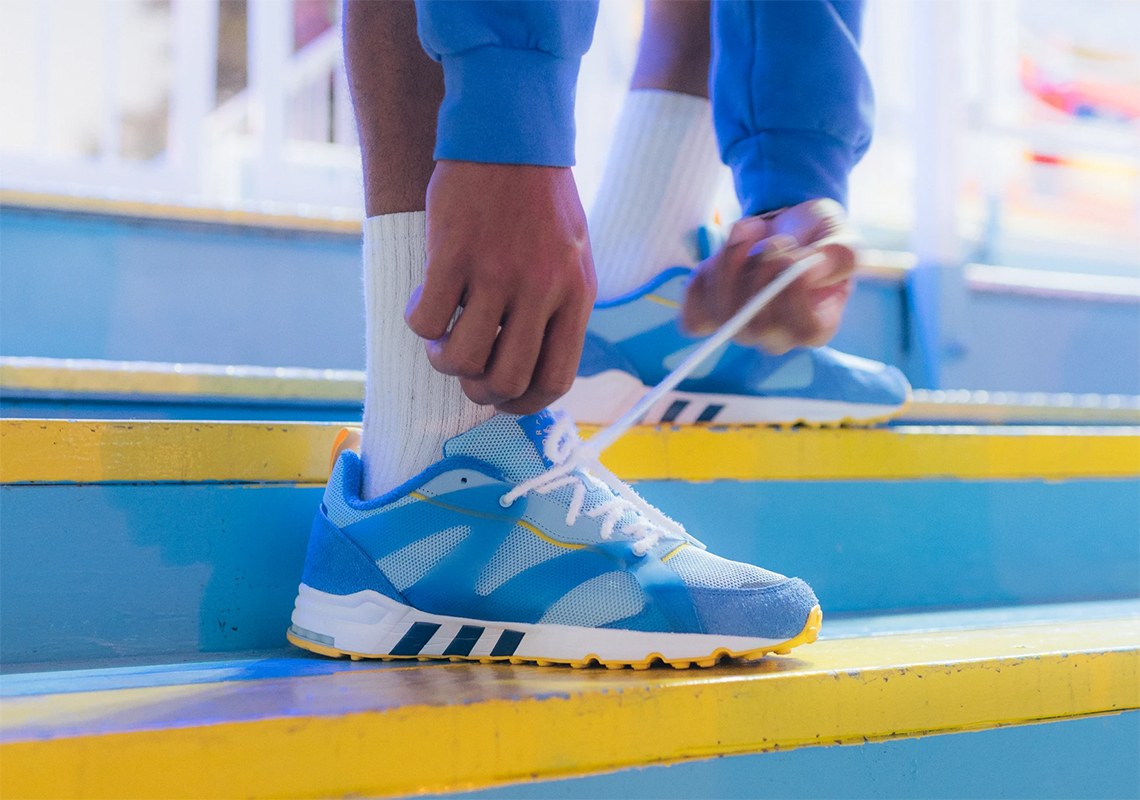 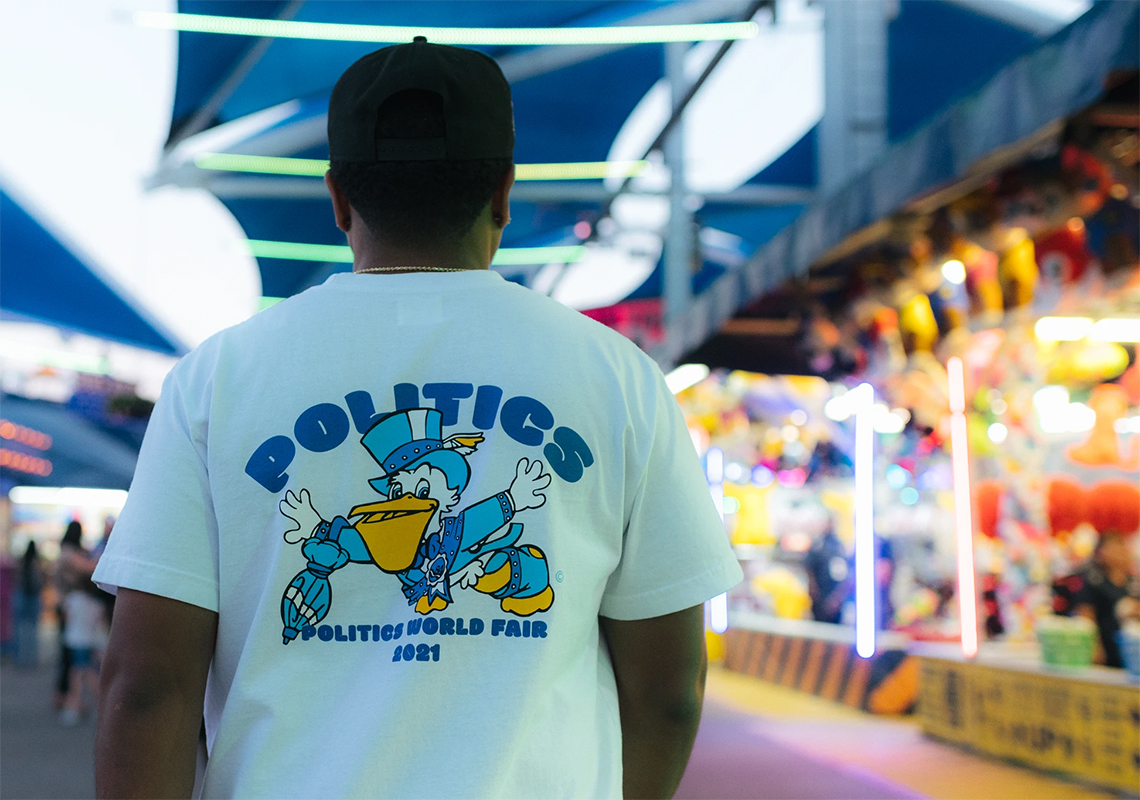 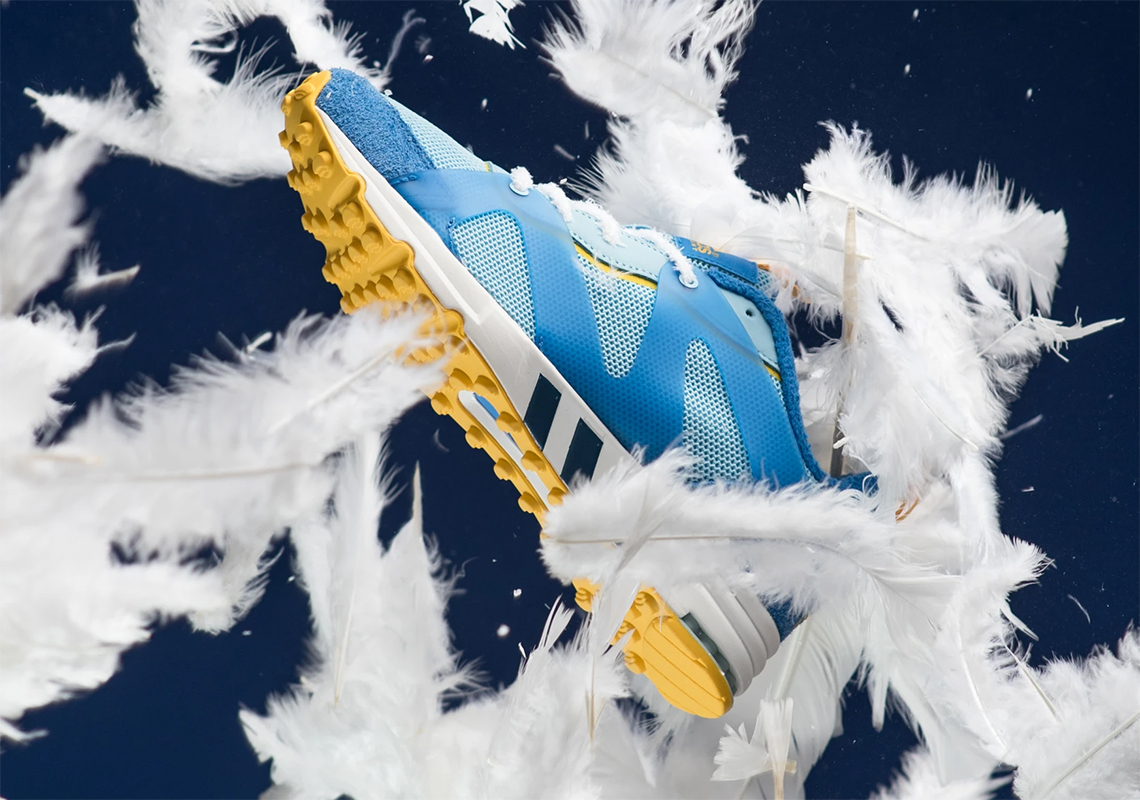 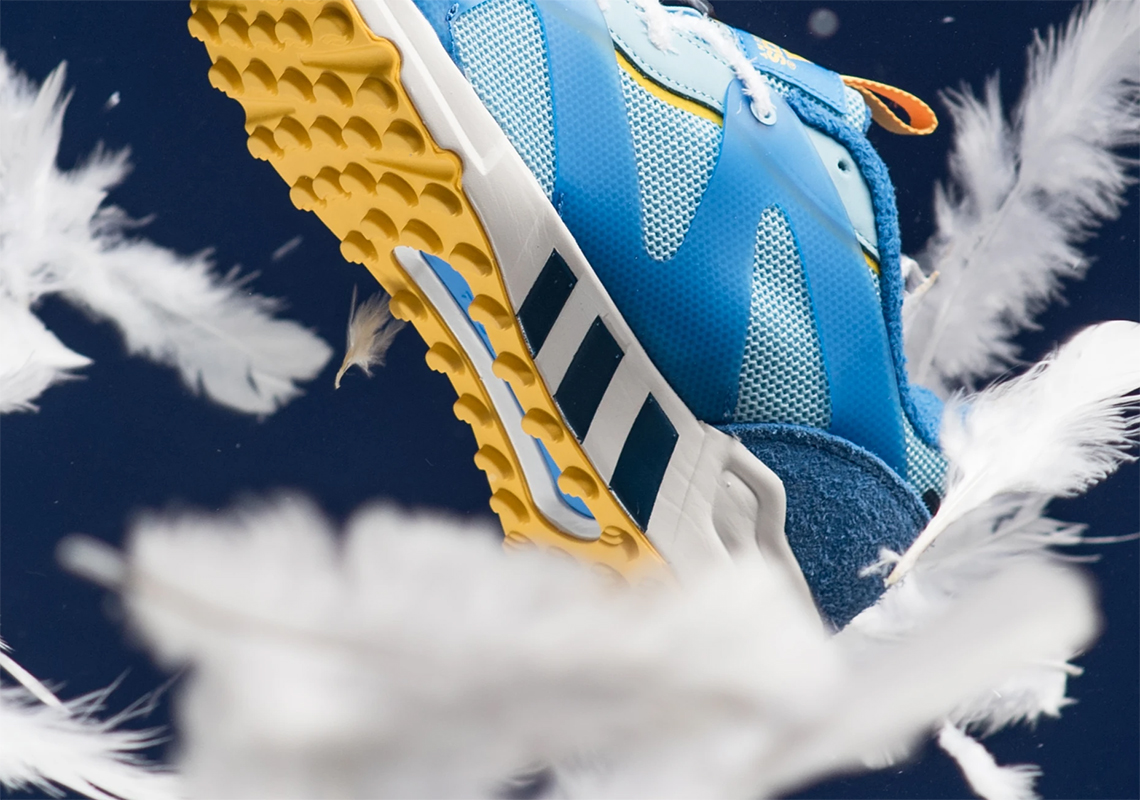 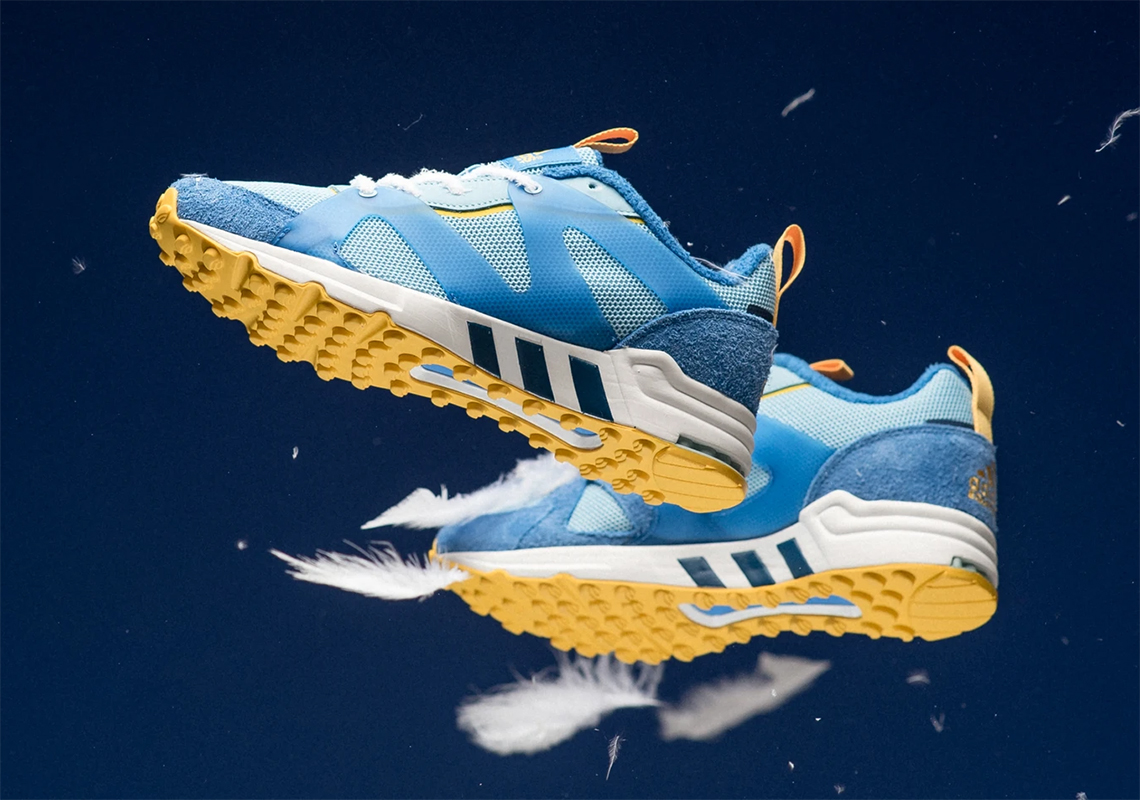 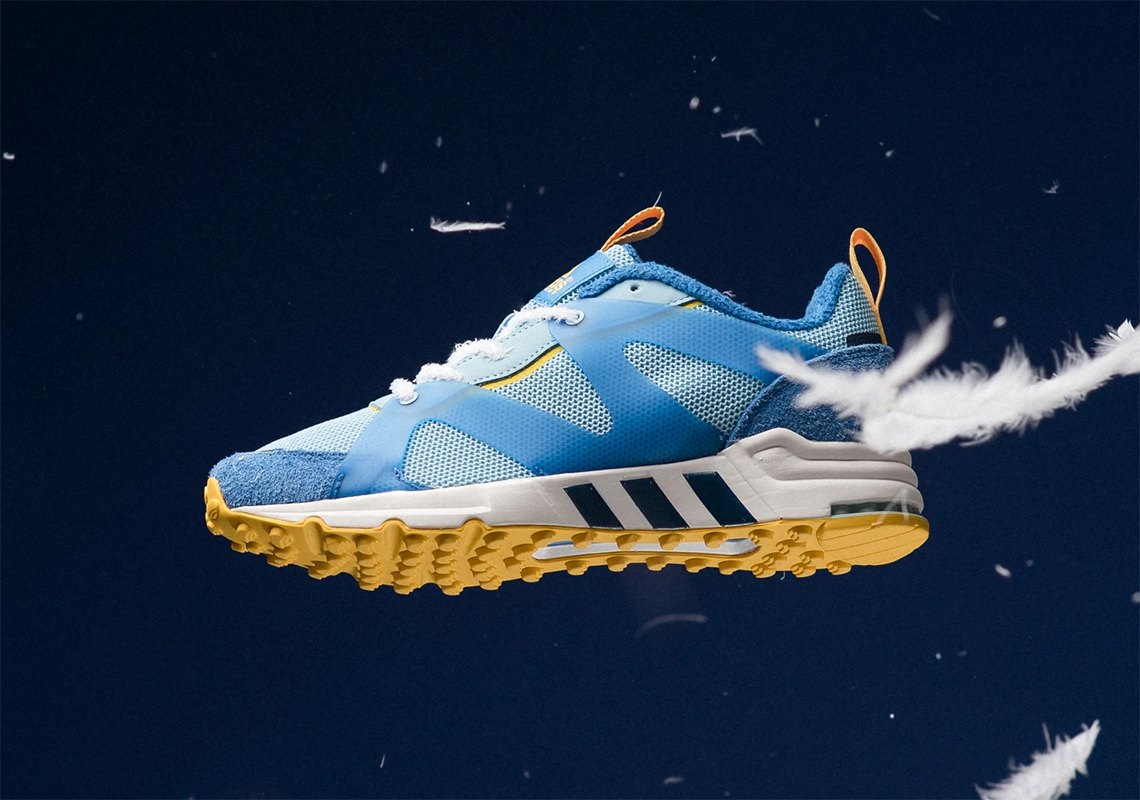 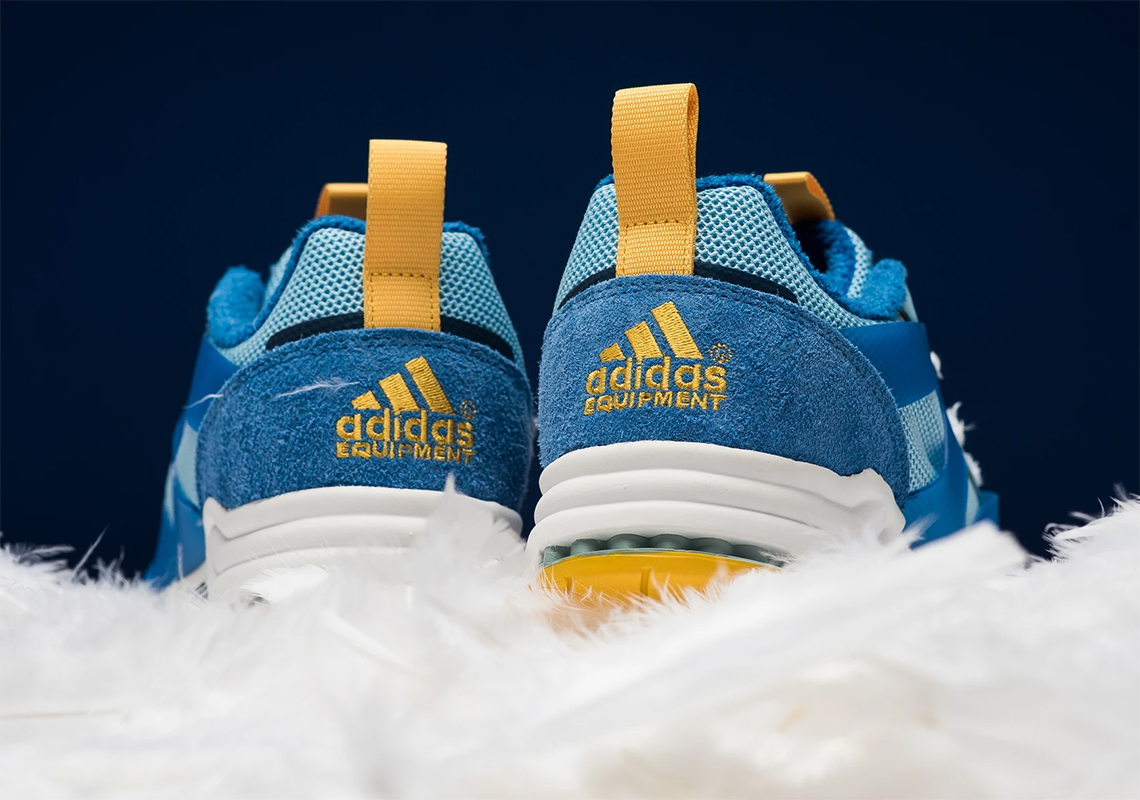 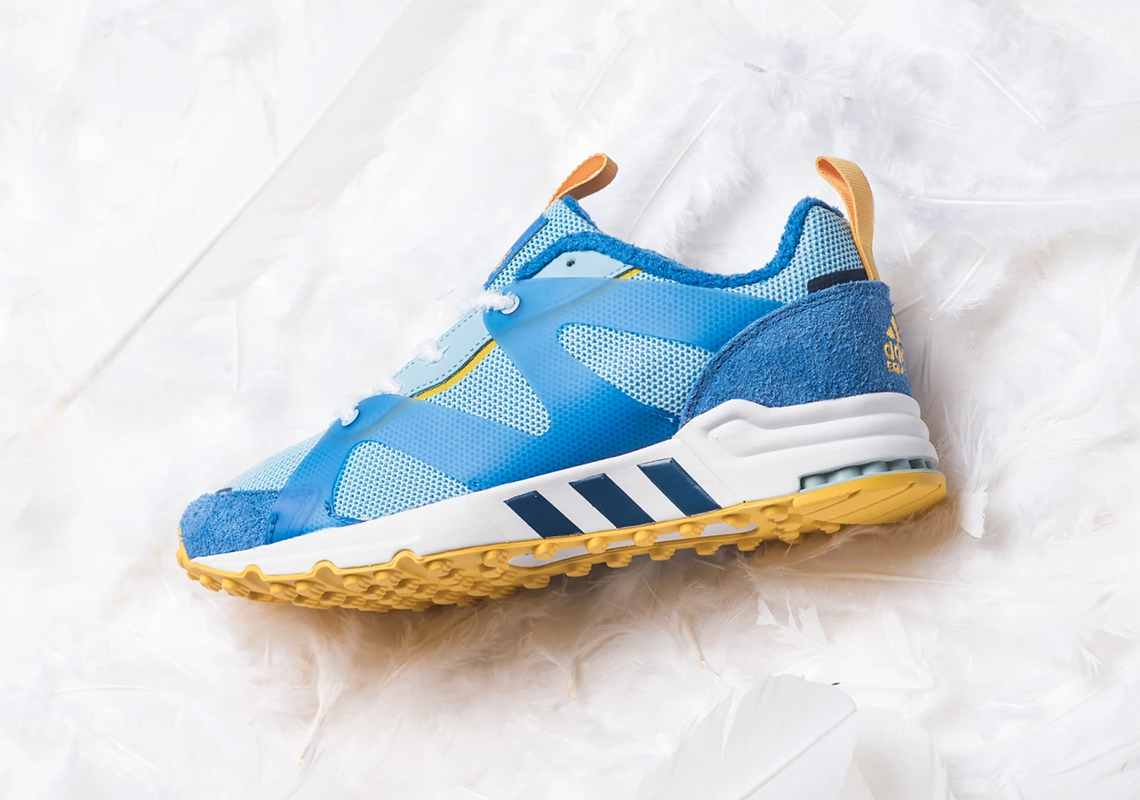 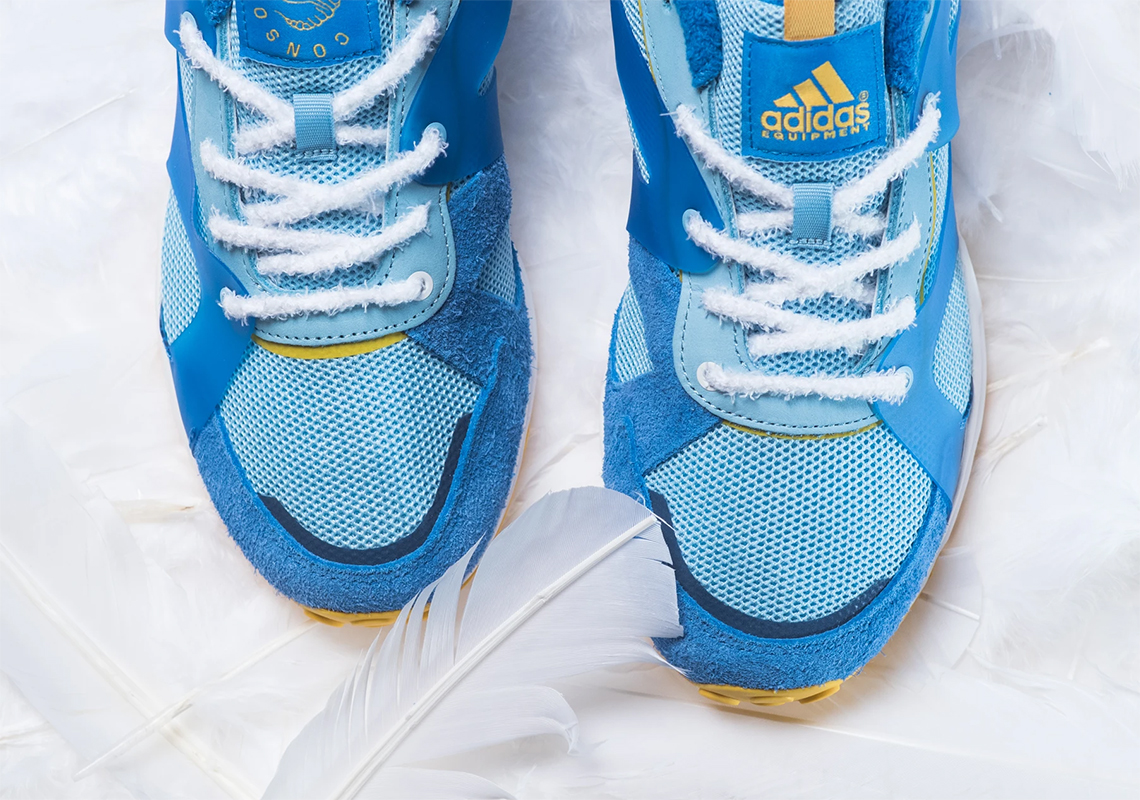 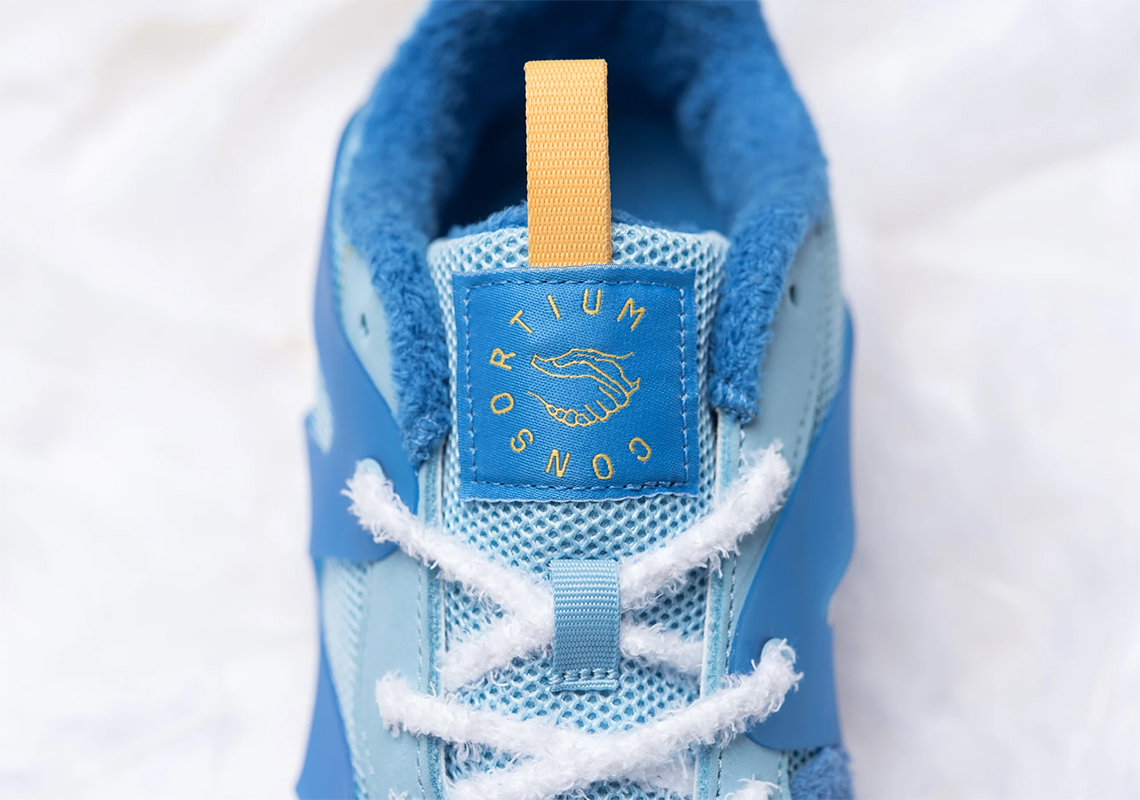 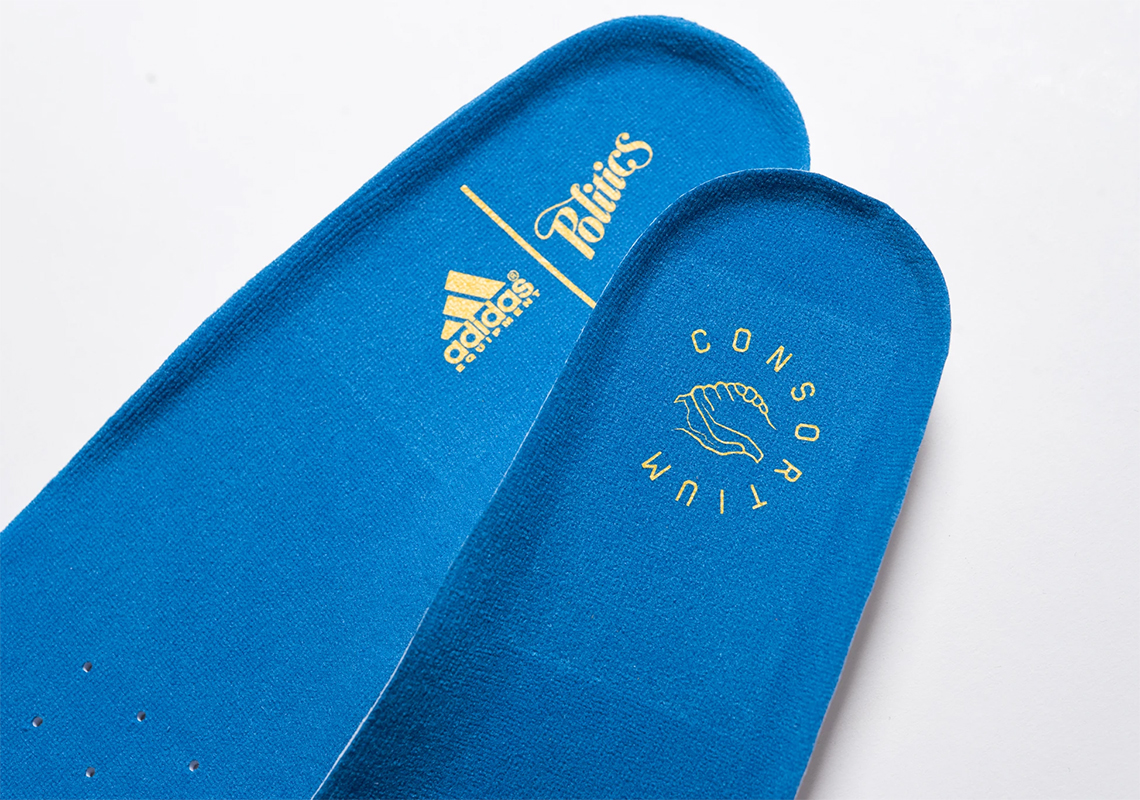