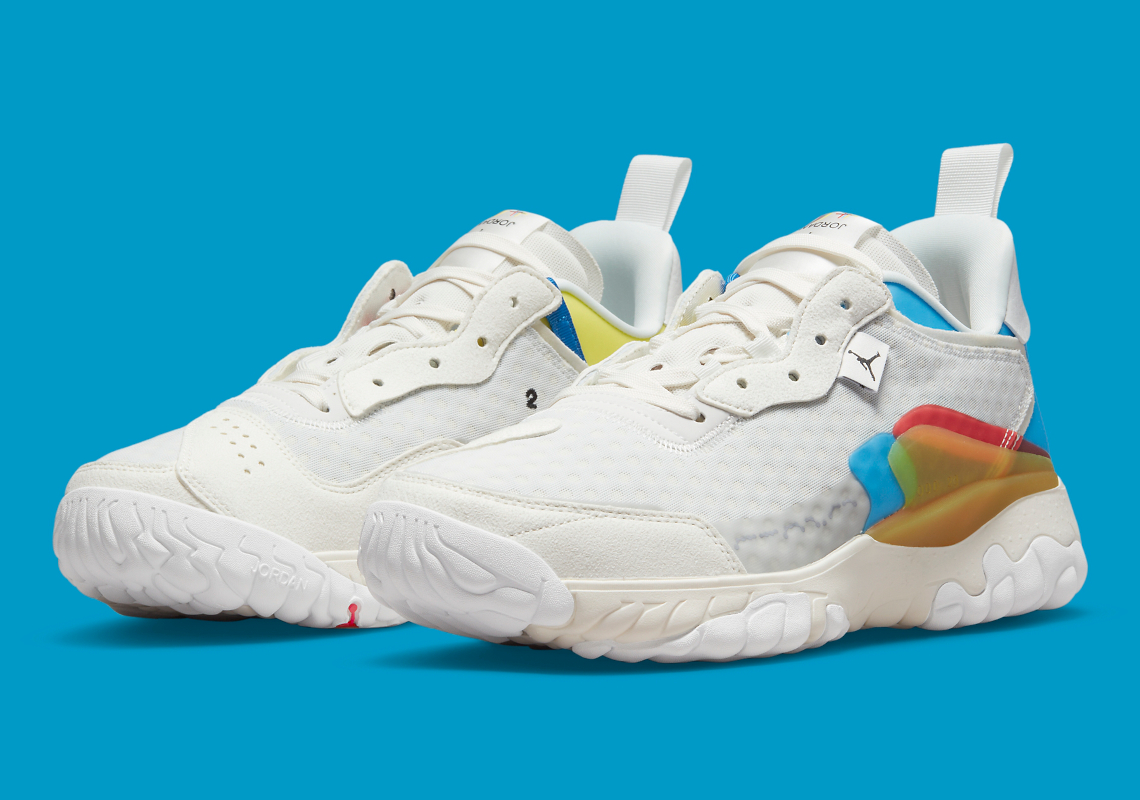 Introduced in performance-basketball sneakers, Nike React-cushioning has found widespread success in lifestyle-oriented propositions like the Jordan Delta 2, which has recently coupled an all-white look with mismatched multi-color accents.

The mix of breathable mesh, durable hairy suede and functional synthetic taping throughout the upper gets overtaken by a “colorless” look that allows for detailing around the heel to revel in the spotlight. Plastic components along both sides of the heel introduce an assortment of tones reminiscent of those displayed on television when a program is interrupted or on standby. Synthetic leather on the spine also indulges in the mismatched, colorful makeup, presenting hits of red, blue, green, yellow and orange in a vertical bar style that further hints at a broadcasting inspiration. Logos on the tongue are partly-animated in a layered arrangement similar to that picked up by 3D-glasses, while sock-liners between left and right shoes opt for respective red and blue looks. The non-Air Jordan proposition rounds out its eye-catching colorway with a predominantly white sole unit, though Jumpman-branding on the outsole introduce some ruby-colored flair underfoot.

Enjoy images of the pair here below, and anticipate an official Nike SNKRS launch in the coming months.

For more options from under the NIKE, Inc. banner, check out the Nike Air Max 1, which celebrates a milestone 35th anniversary in 2022. 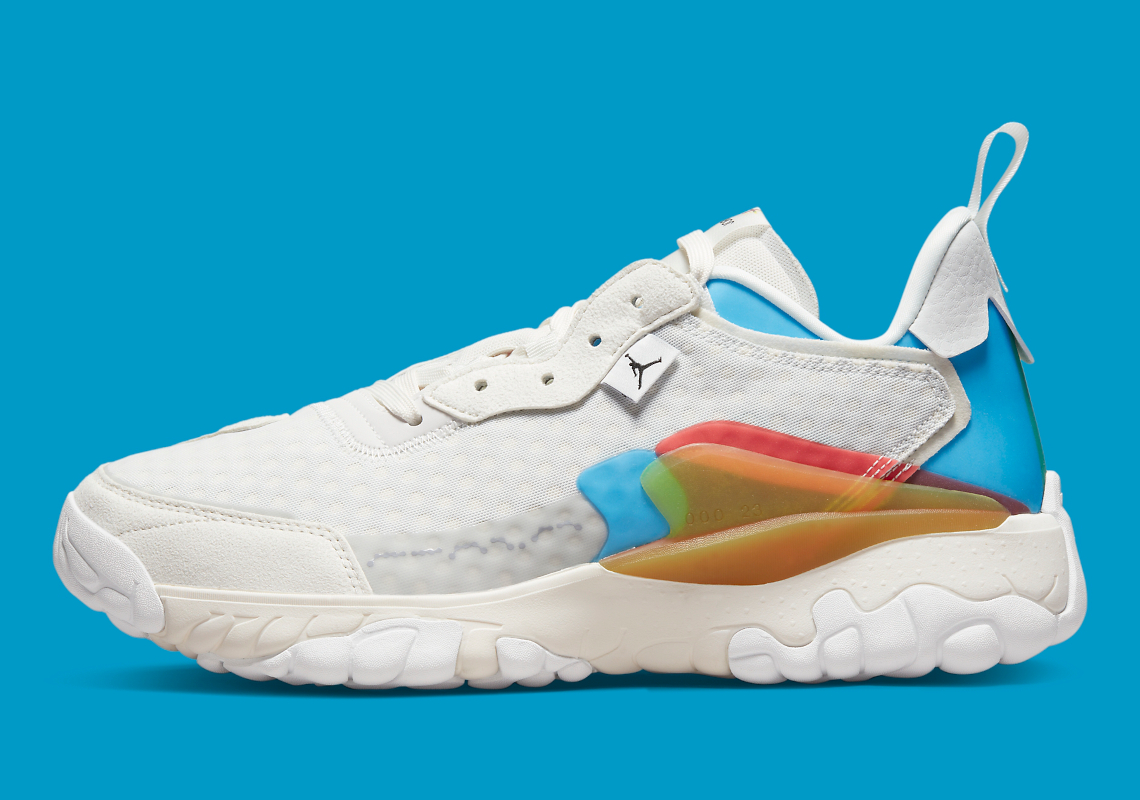 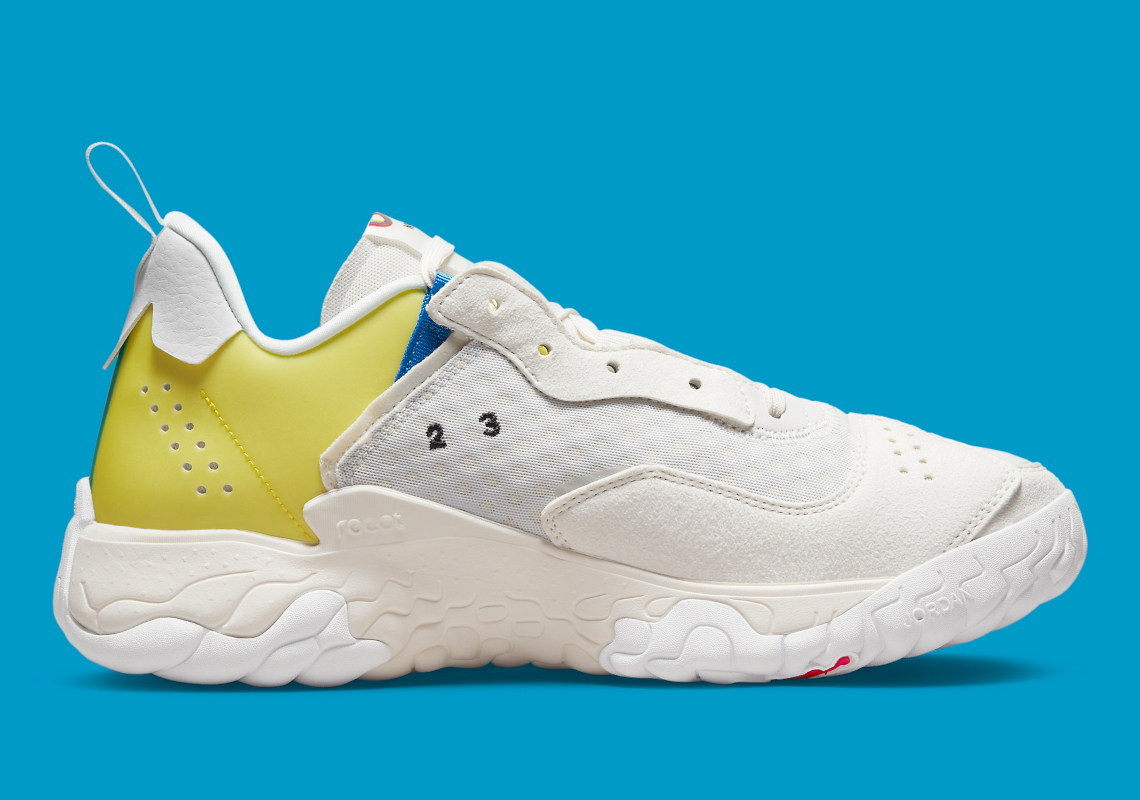 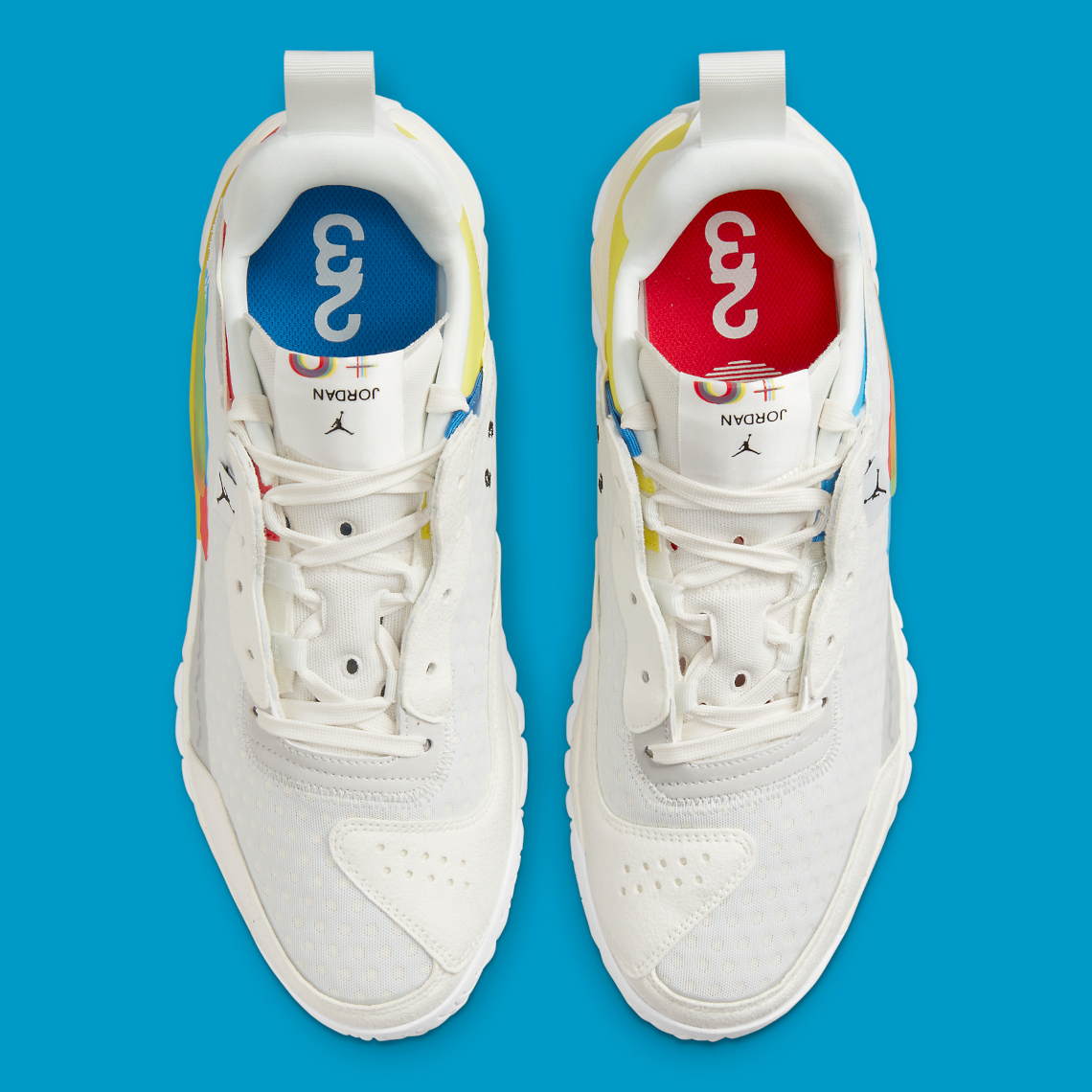 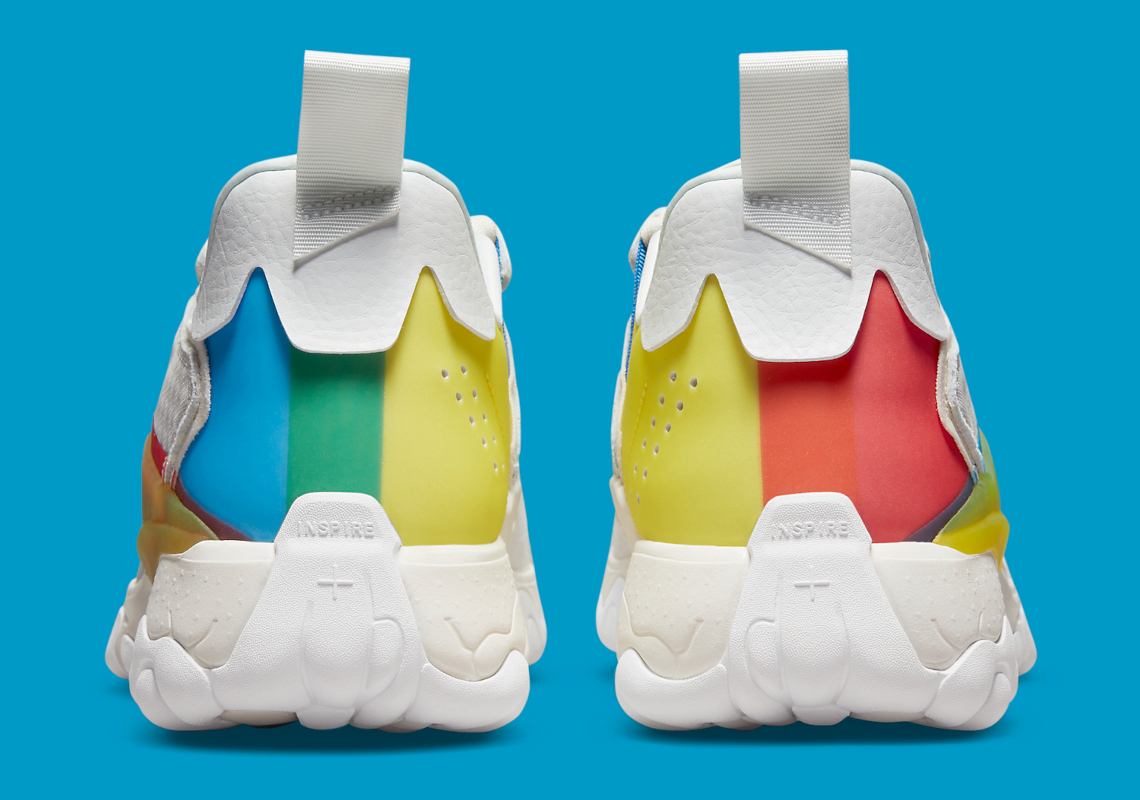 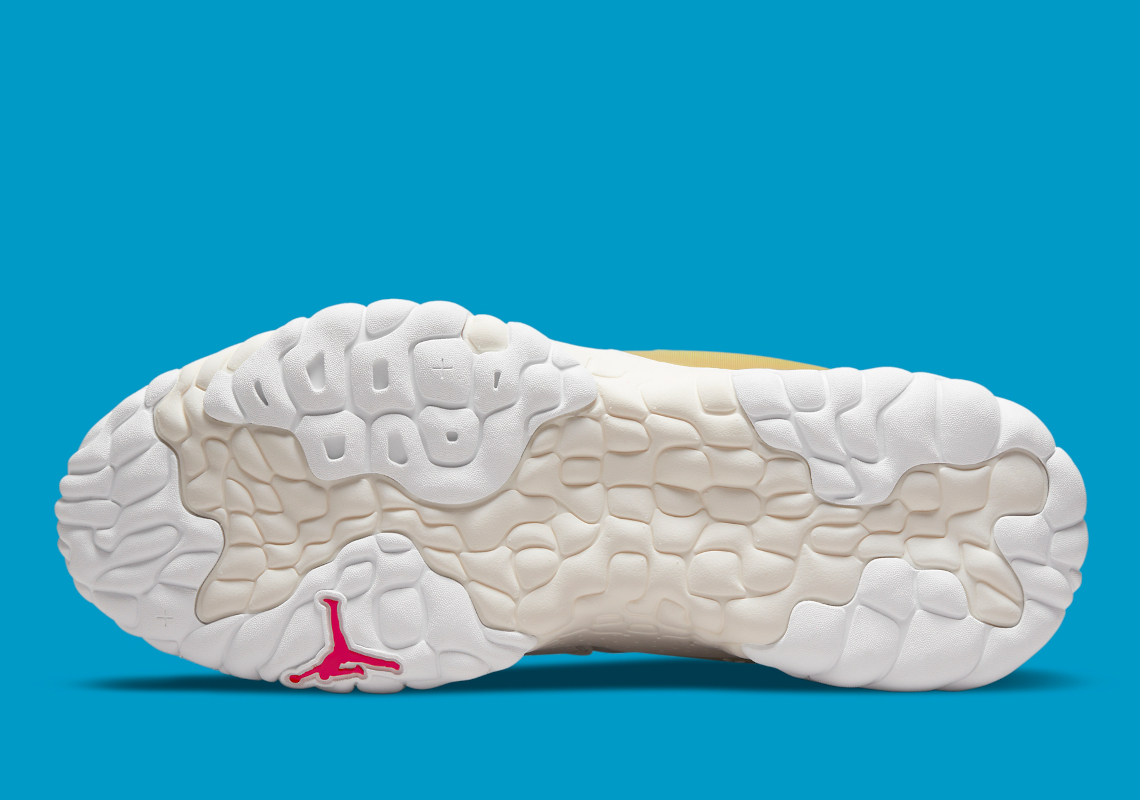 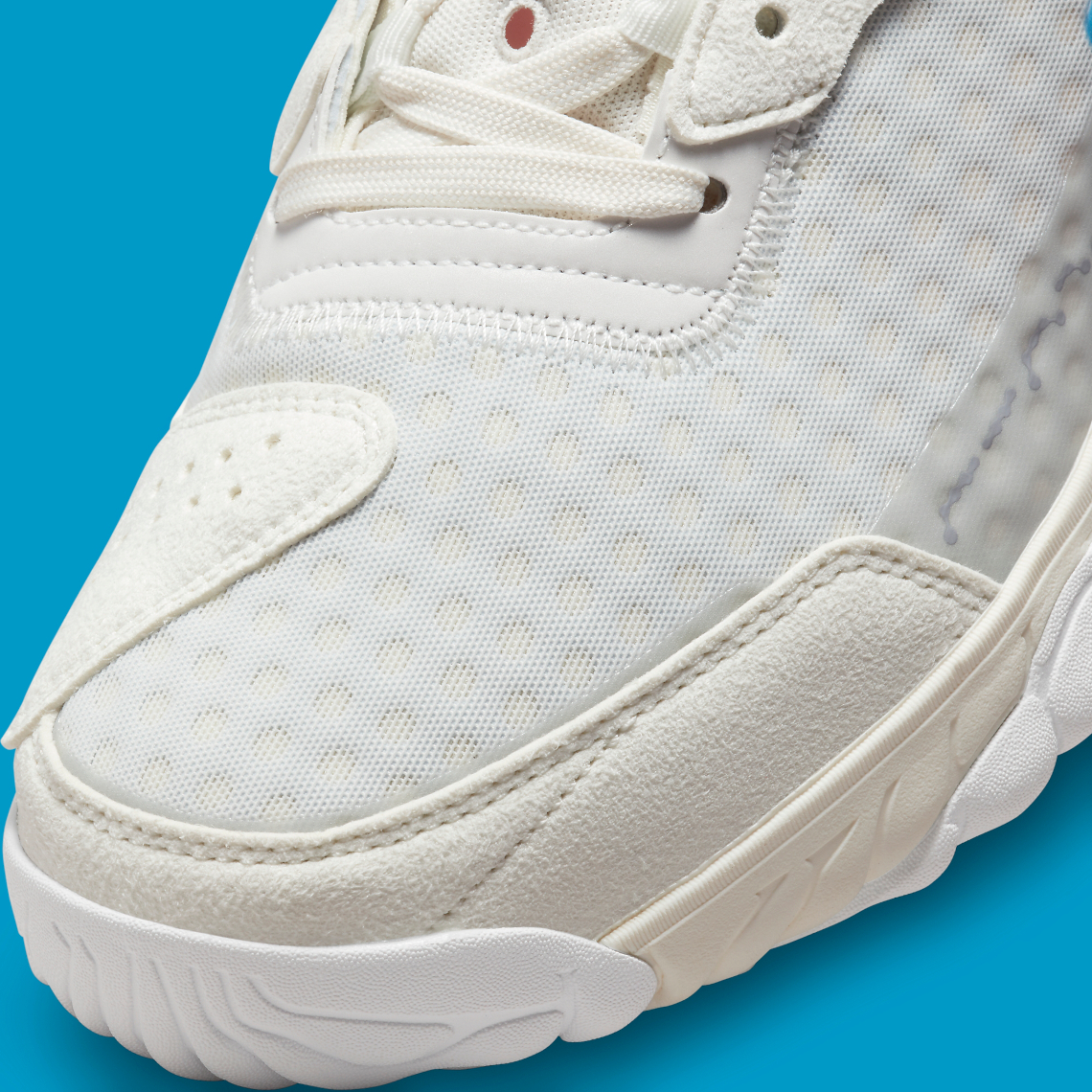 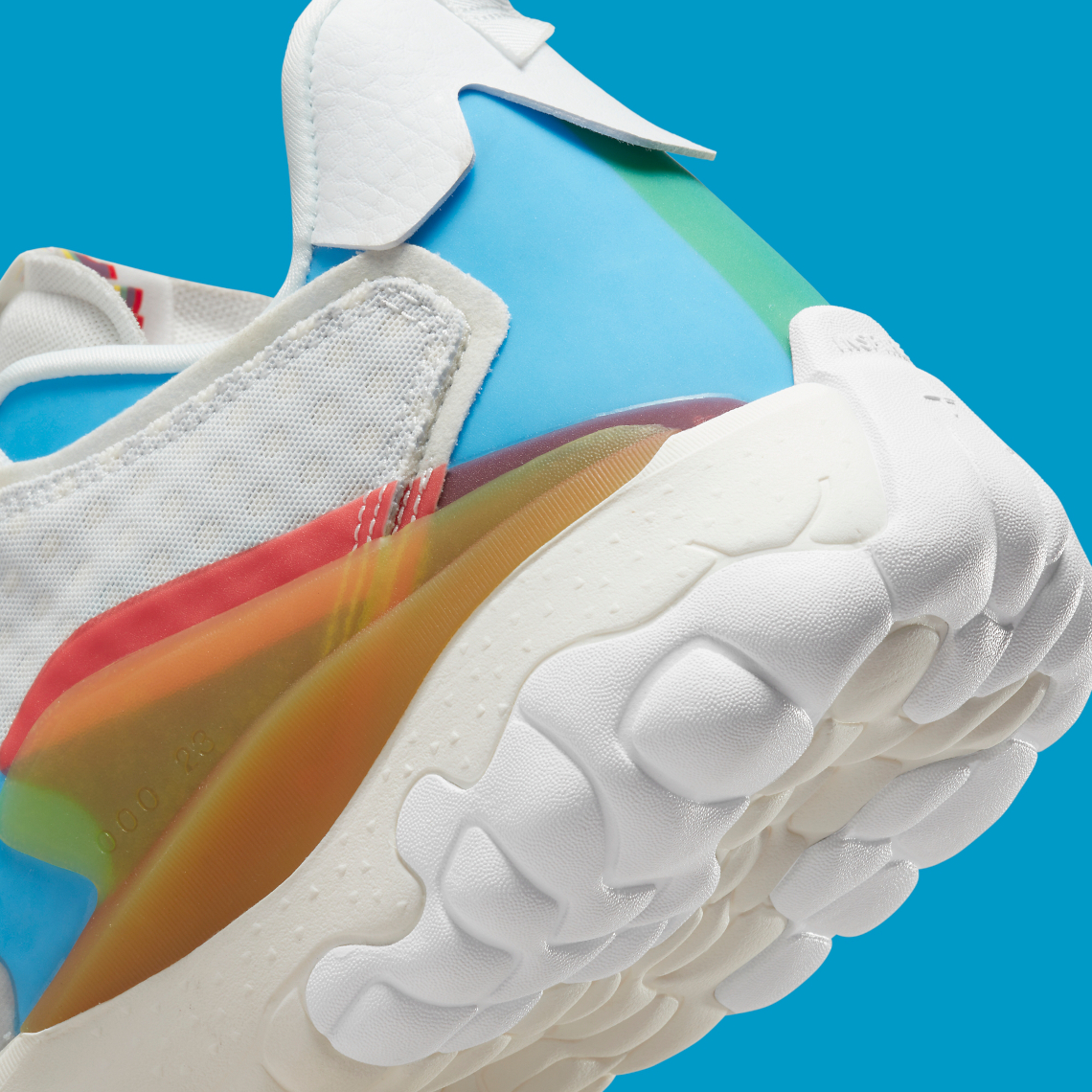