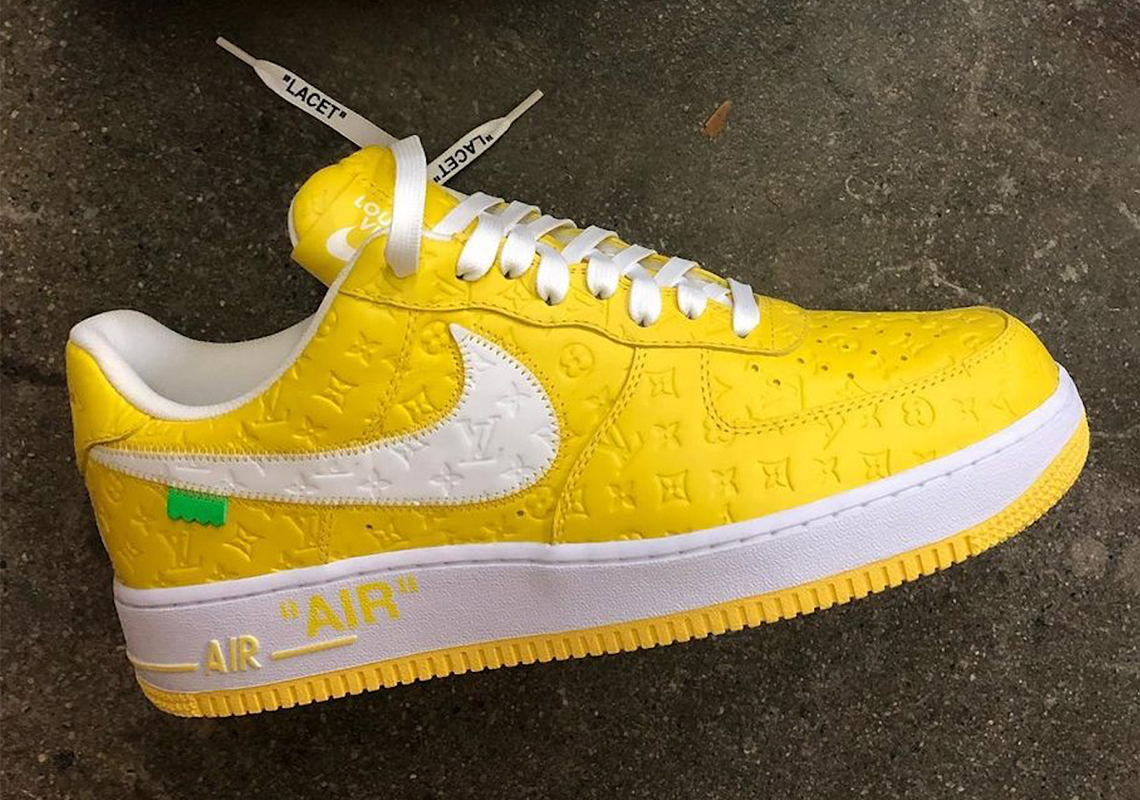 During the Summer of last year, Virgil Abloh and Louis Vuitton revealed one of the most exciting Air Force 1 collaborations in years. Rivaling even the Dior x Air Jordan 1, the collection saw many a colorway upgraded with LV’s signature leathers. And with Abloh’s unfortunate passing just a couple months ago, many were unsure whether these would see the light of day. However, considering new in-hand images of the shoe have recently surfaced, it seems entirely possible that the release is proceeding as planned.

Seen in the grips of one of the luxury house’s closest partners, Lucien Clarke, the Louis Vuitton x Off-White x Nike Air Force 1 is pictured in an orange and blue make-up. The beloved monogram is debossed into the shoe across the entirety of its exterior, accenting the base and white-colored Swoosh. Behind, the new Helvetica text dresses up in the very same neutral in complement to the midsole and laces, the latter of which offers its own “LACET” marking. LV logos, then, hit the insole and heel tab just adjacent to Virgil’s usual touches.

For a closer look, check out the available photos below. Once official details surface, expect to learn about it right here.

UPDATE (January 19th, 2022)
Photos of more colorways have been revealed.

UPDATE (January 19th, 2022)
The colored versions of the Louis Vuitton x Off-White x Nike Air Force 1 are reportedly F&F and will not be made available to the public. 200 Monogram pairs, however, will be up for auction through Sotheby’s. 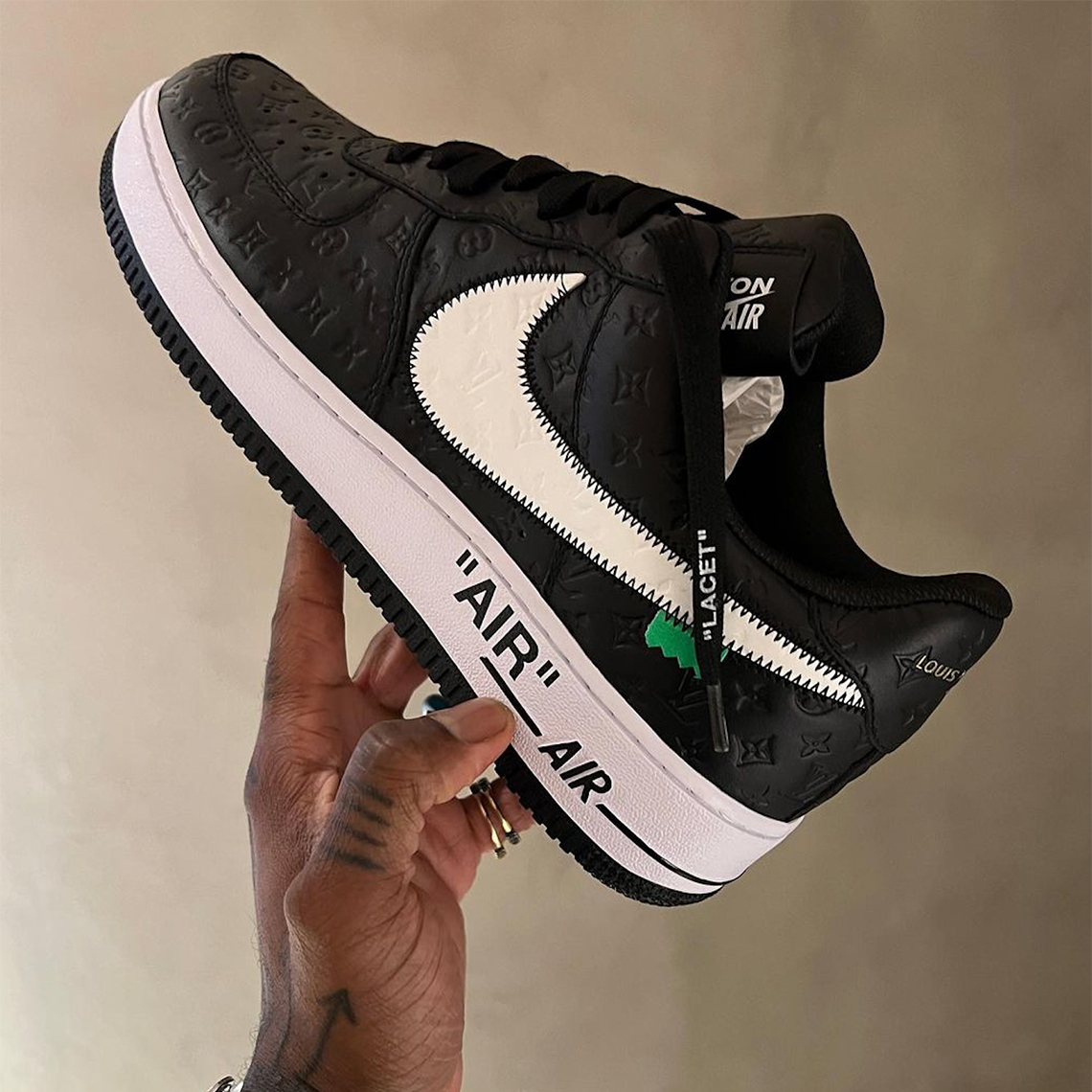 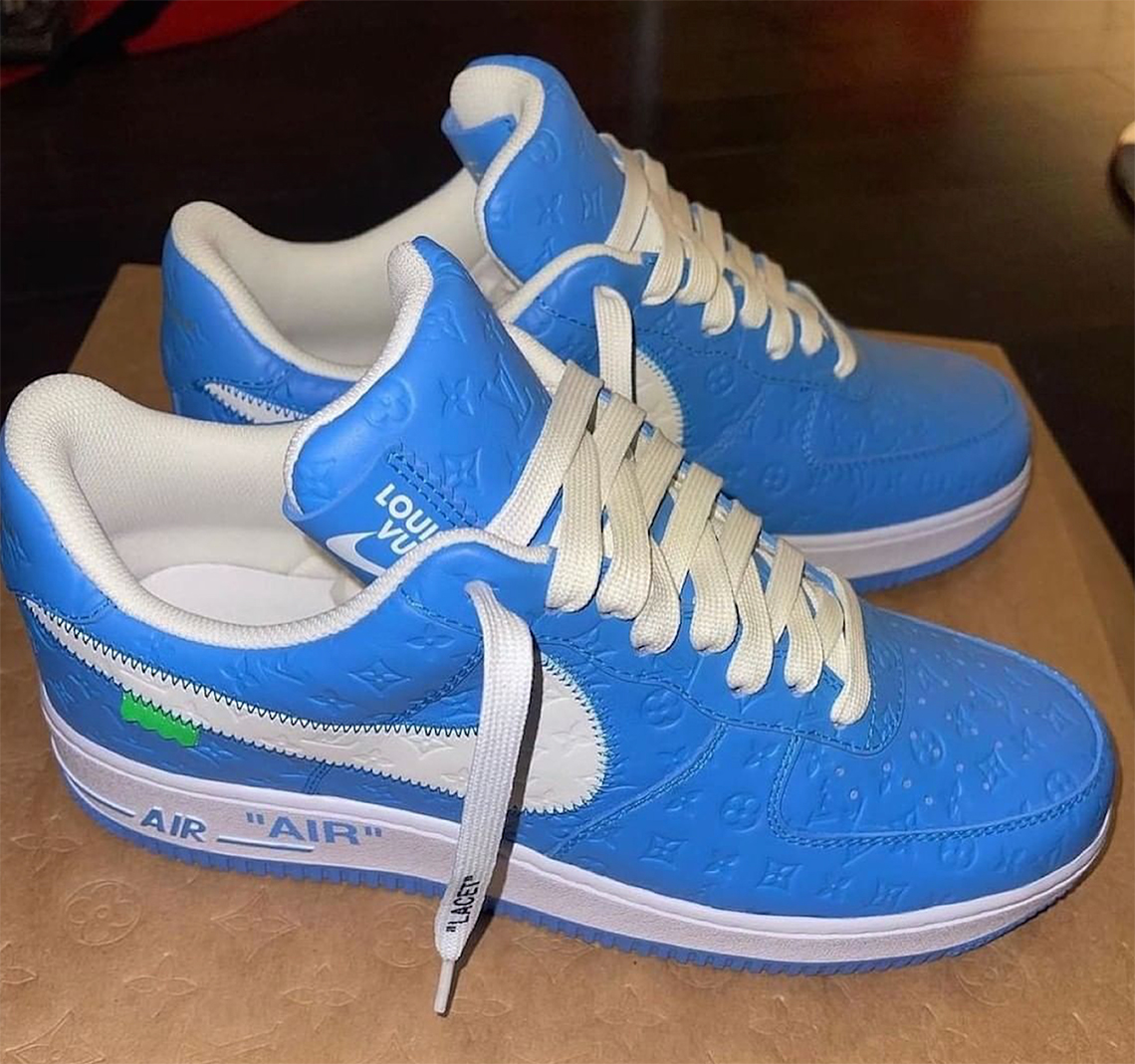 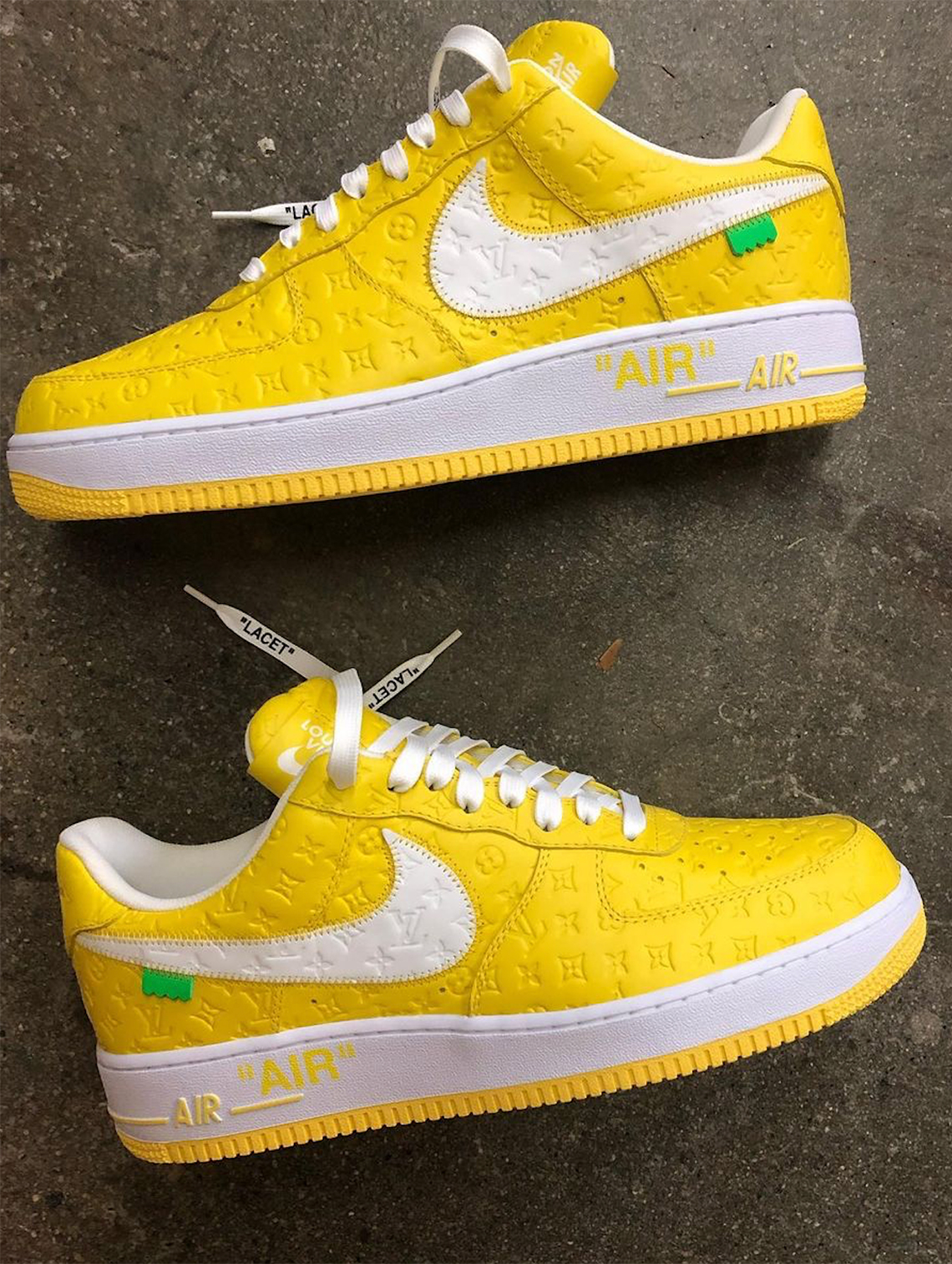 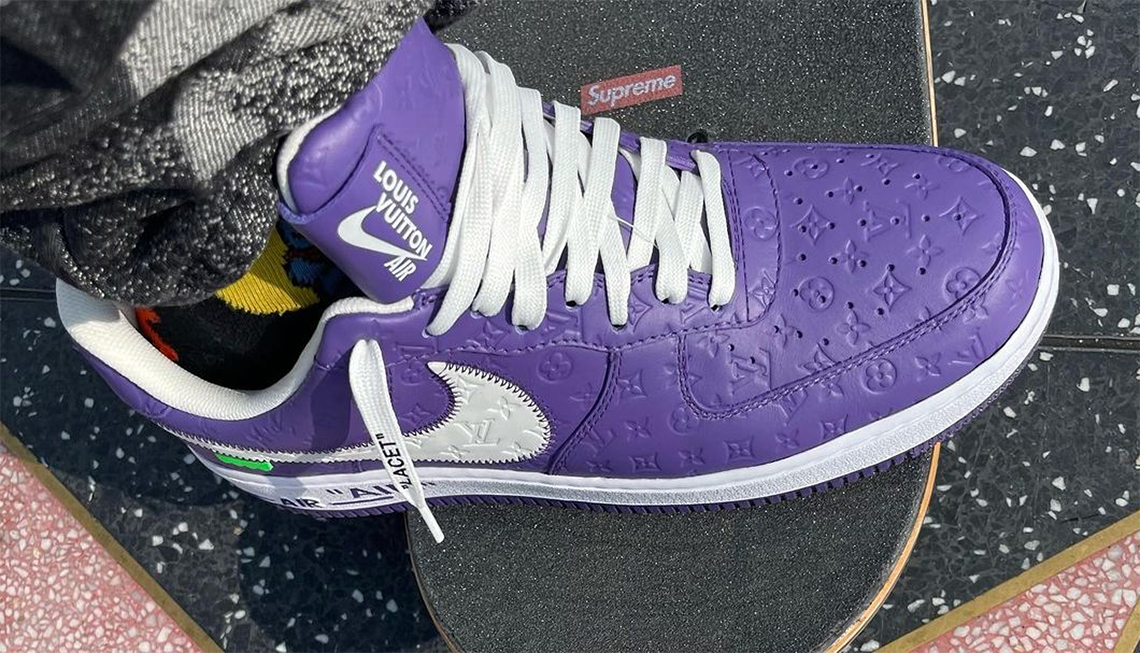 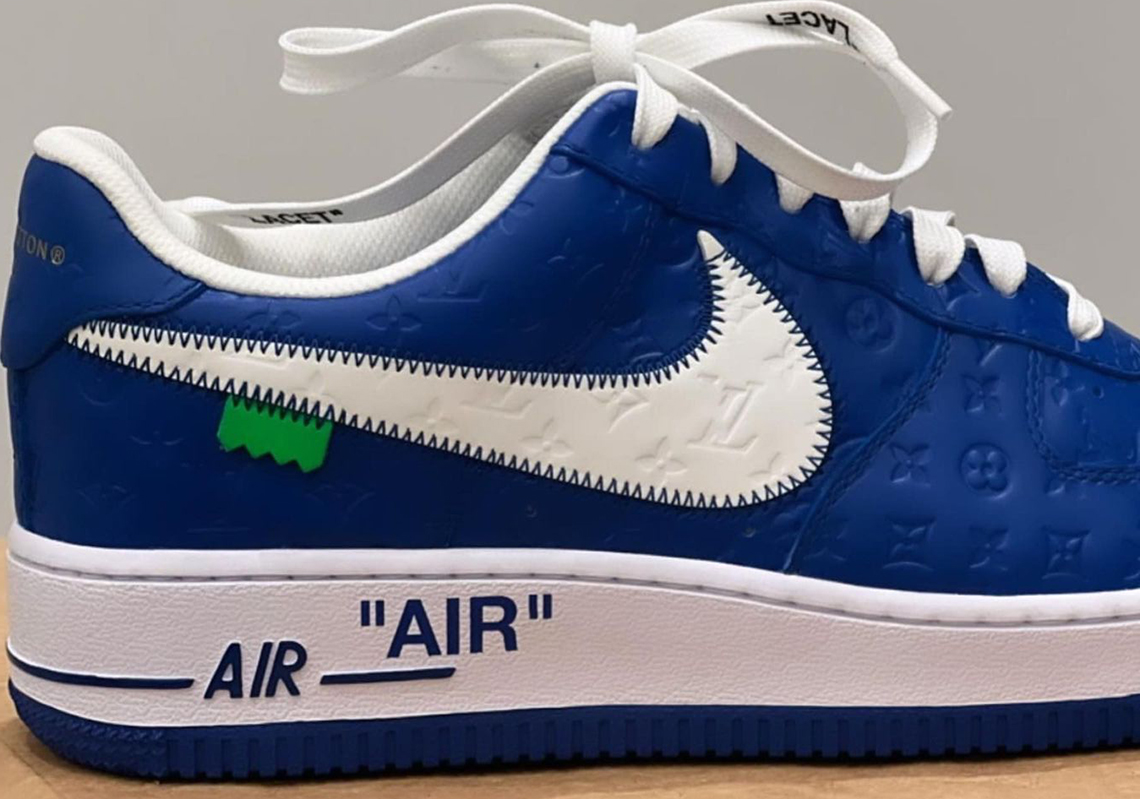 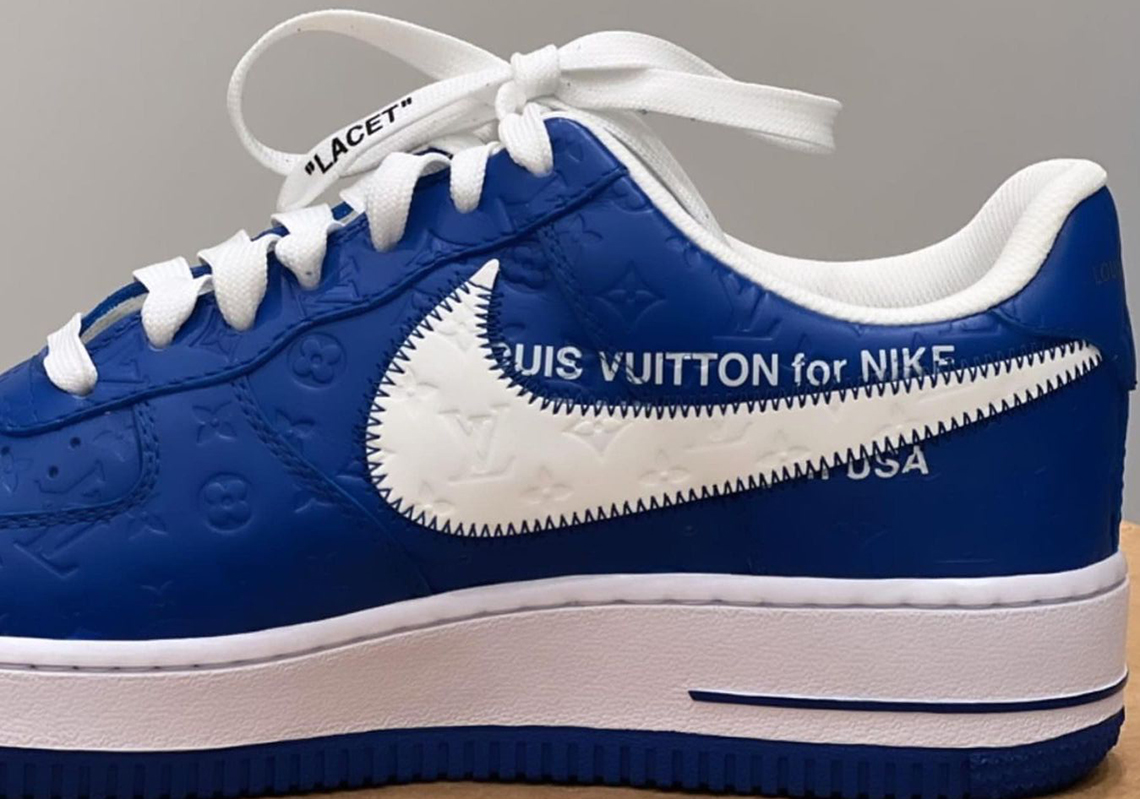 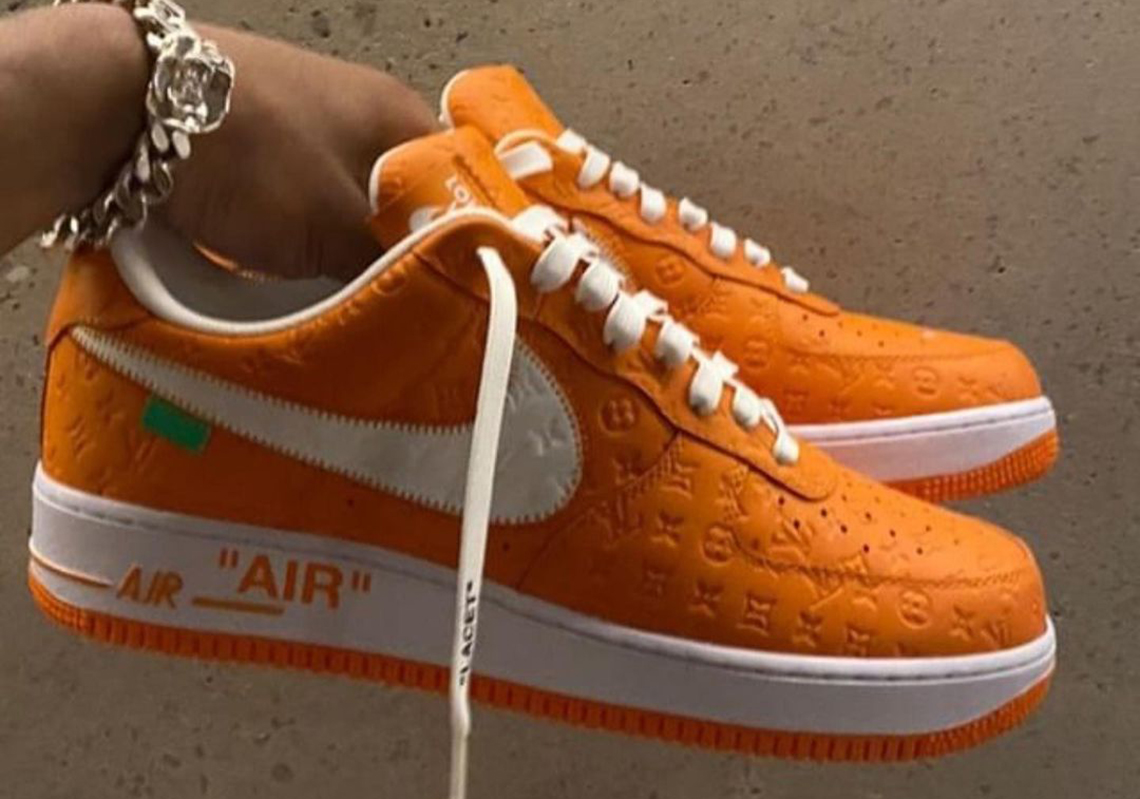 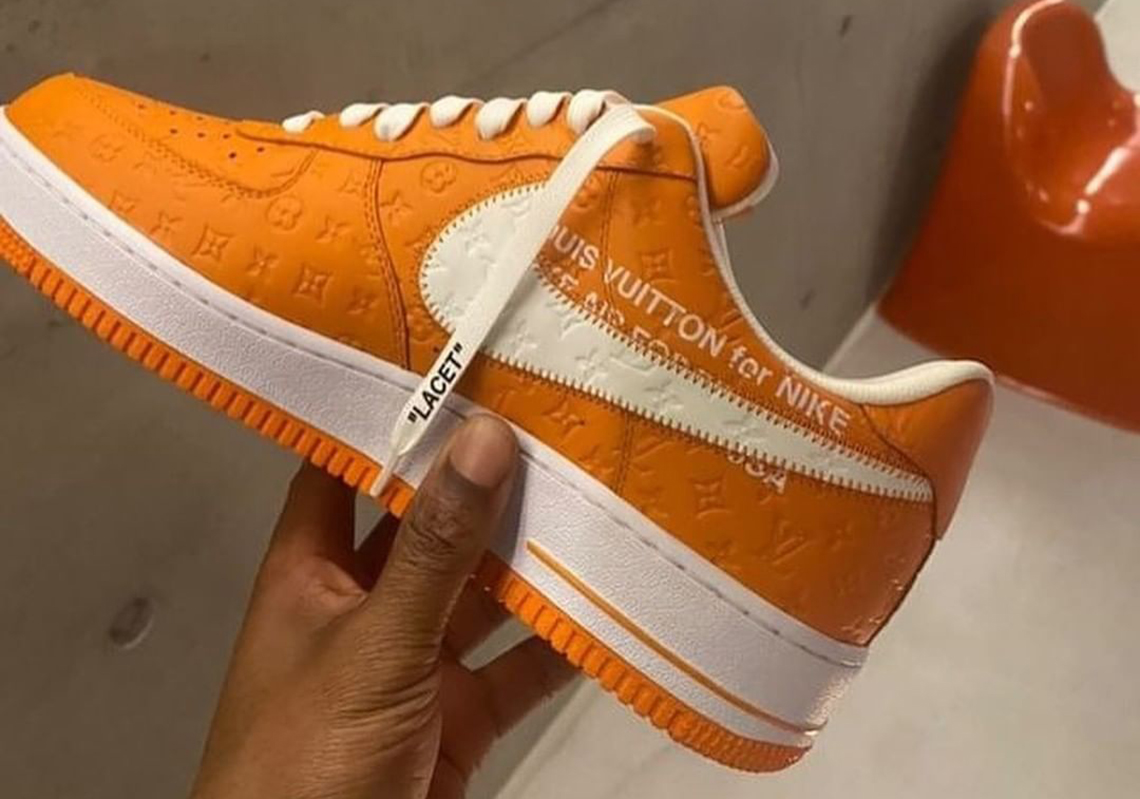 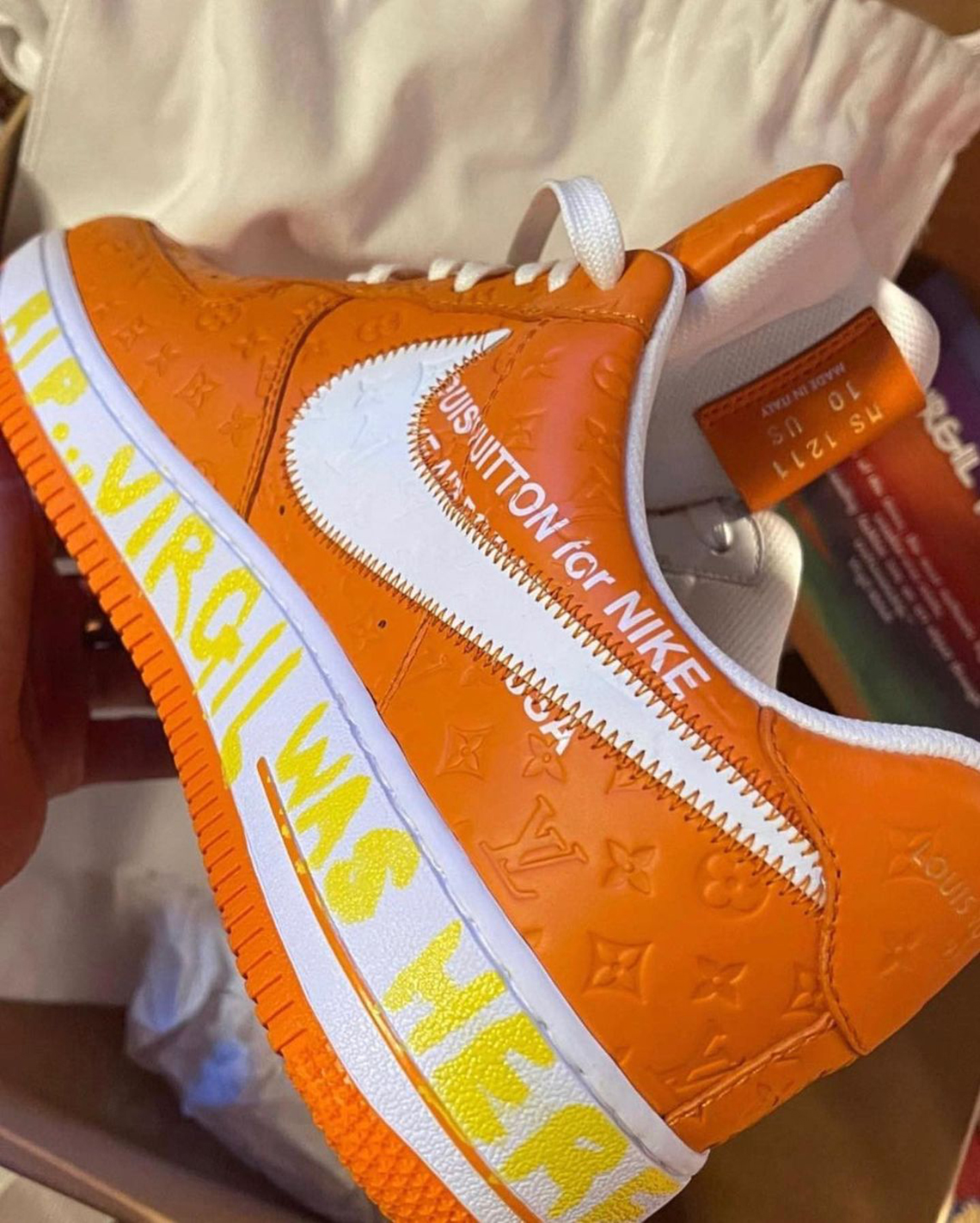 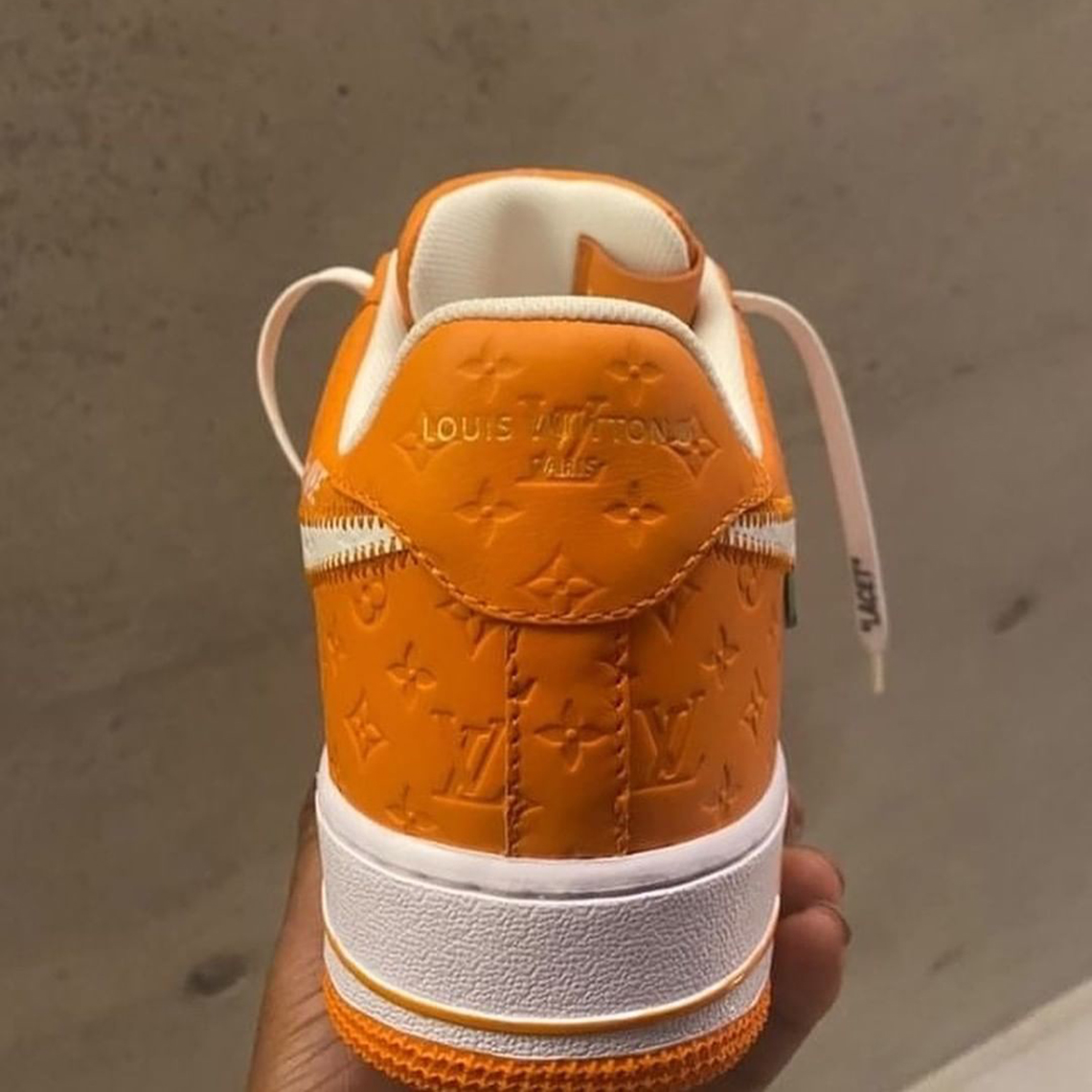 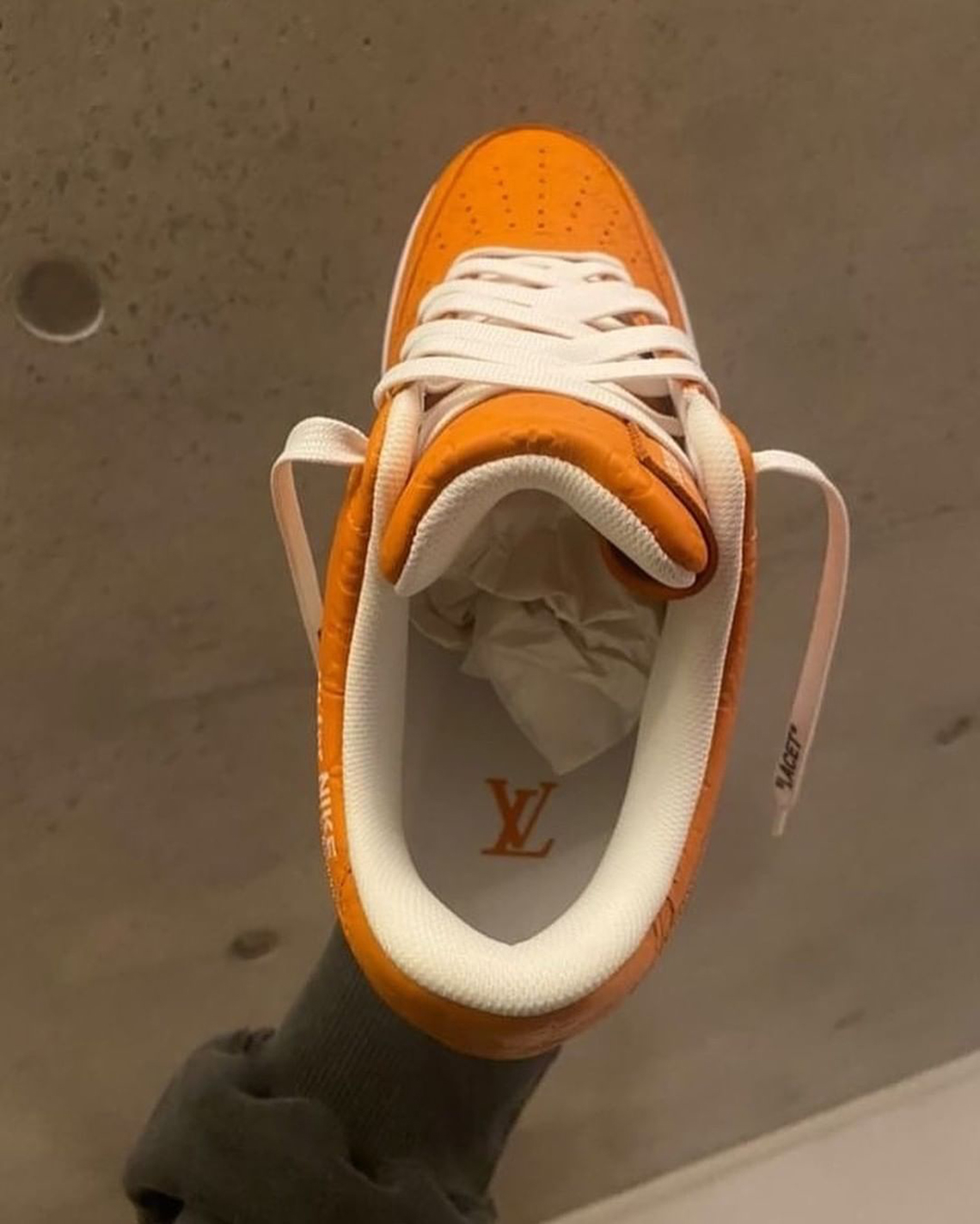 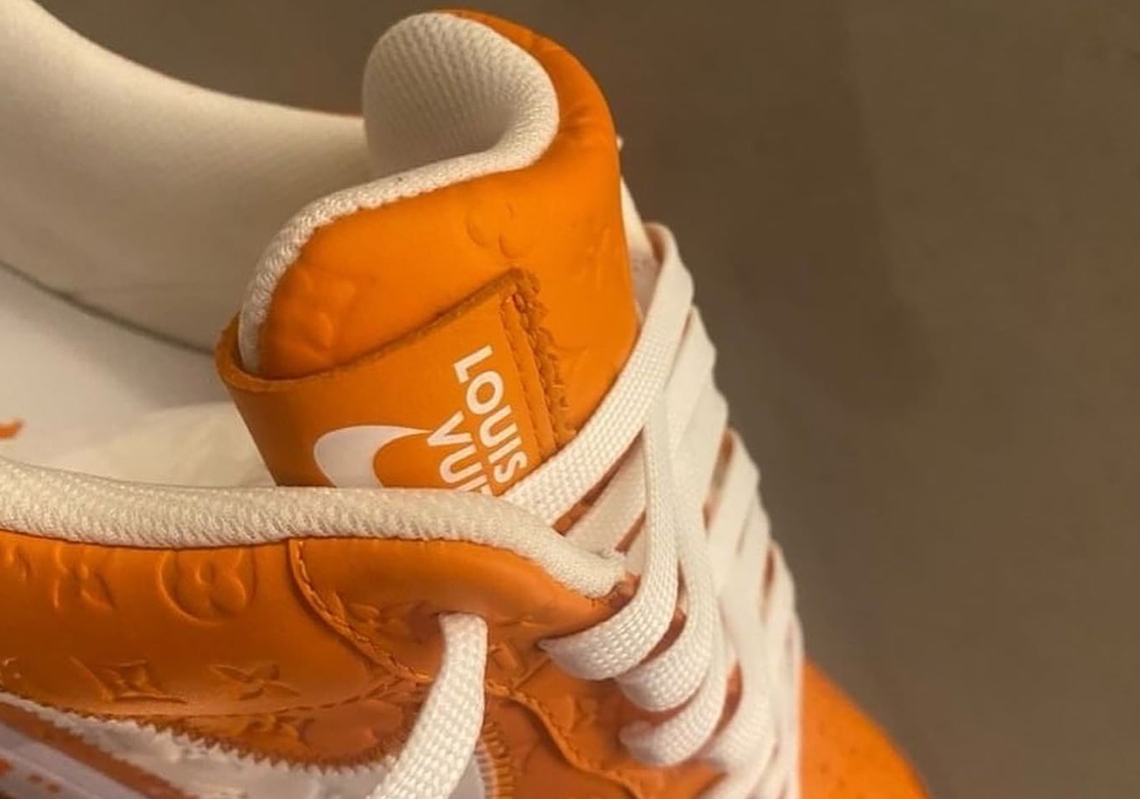