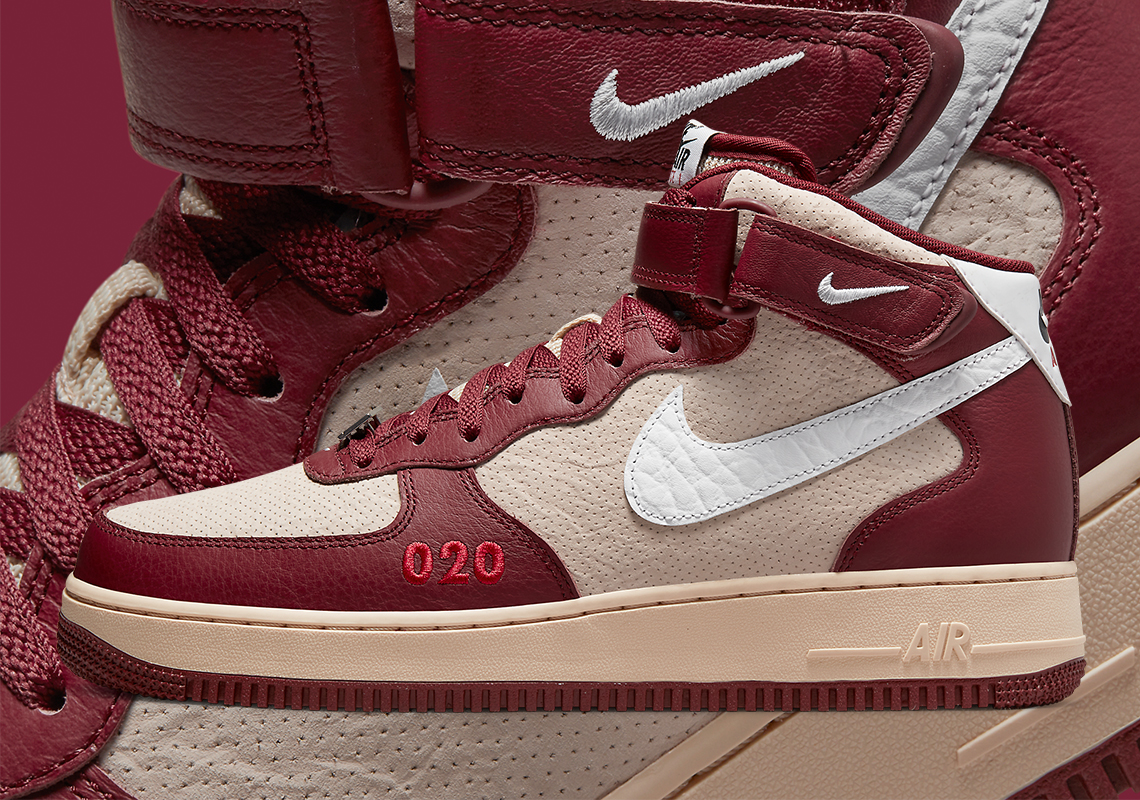 Through this year, the Nike Air Force 1 will celebrate its 40th anniversary, doing so with a number of exciting releases. This is to include not just collaborations but also nods to offerings long-past. The shoe’s mid-top model, too, will return to the forefront, aided by jewel Swooshes and even the beloved streetwear label Stussy.

What’s more, the brand will once again pay homage to notable cities, following up their love letter to Paris with an equally detailed “London” colorway. Similar to the aforementioned, an emboldened number dresses the forefoot, herein spelling out “020” in reference to the capital’s streets. This is made evident by the dubrae, whose shape closely resembles that of the signs that mark corner after corner. The palette itself is far less overt: while the tongue label may lean close to the signage itself, the rest of the construction — in its lightly crinkled and smooth leathers — simply mixes together dark reds with a light cream.

For a closer look at the Nike Air Force 1 Mid “London,” check out the official images added below. For now, as we await release dates, sit tight; sizes are sure to hit Nike.com and select retailers soon.

In other news, swappable Swooshes add an interesting touch to the Social Status Air Max Penny One. 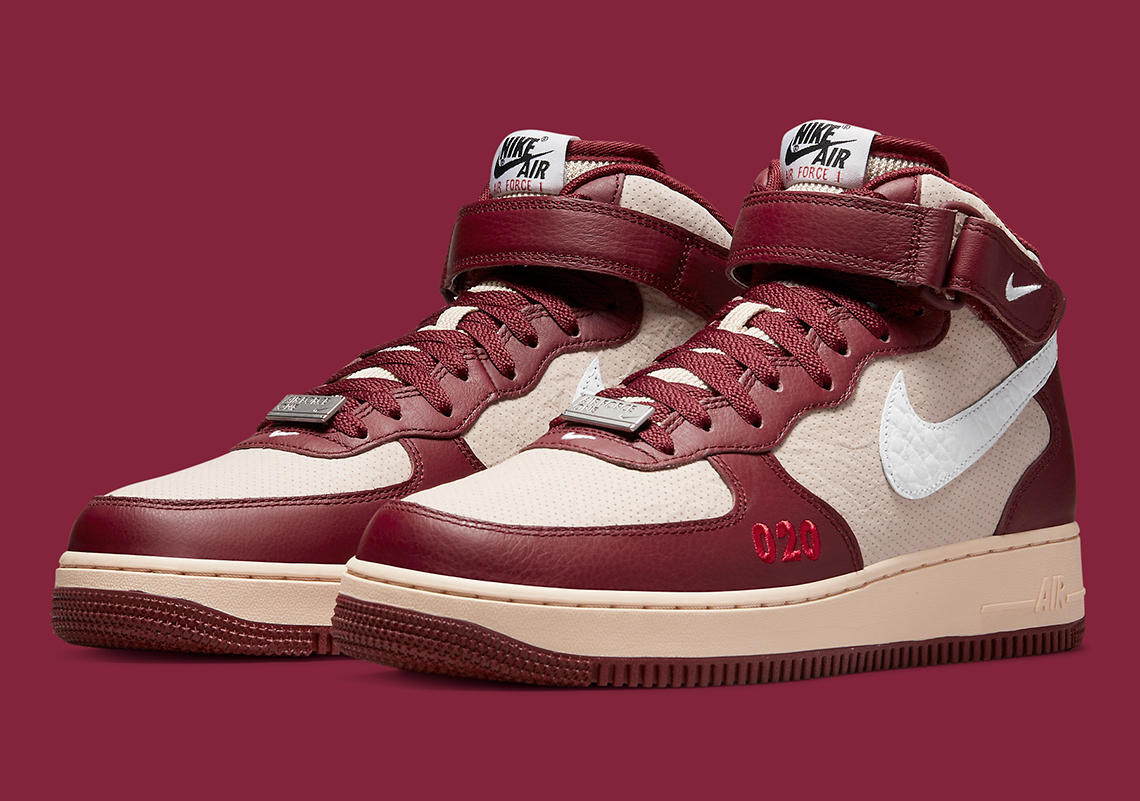 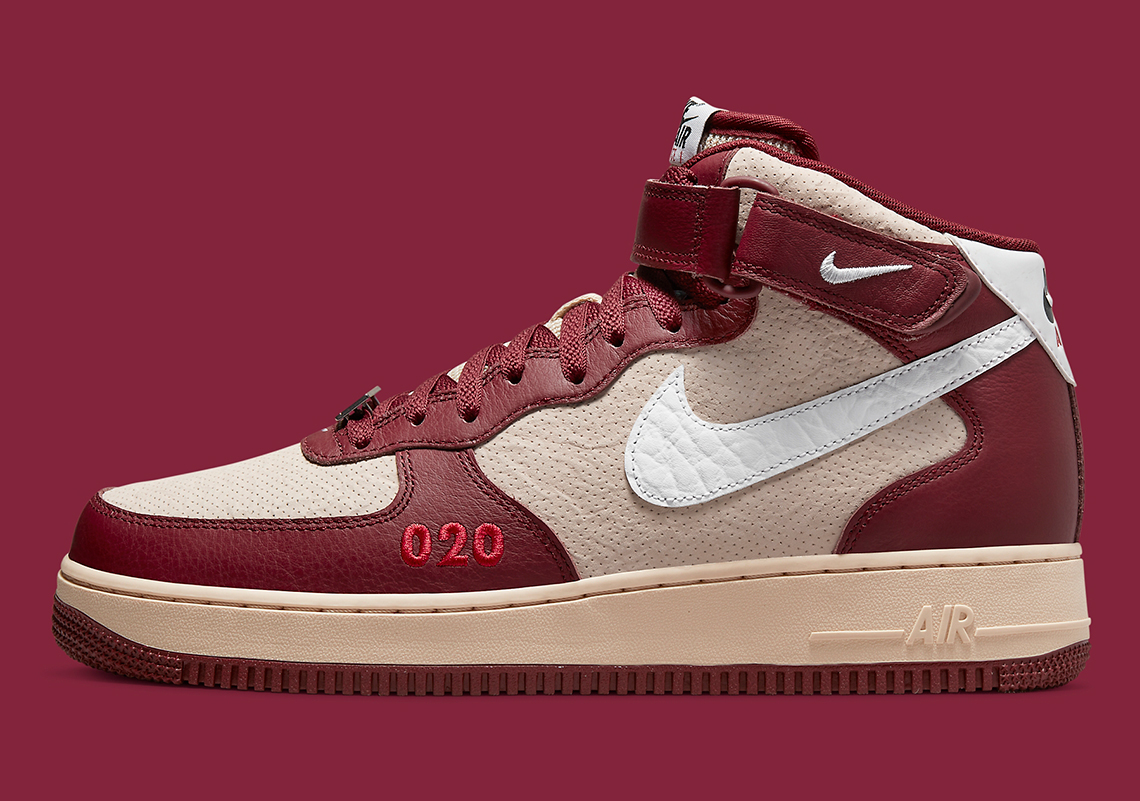 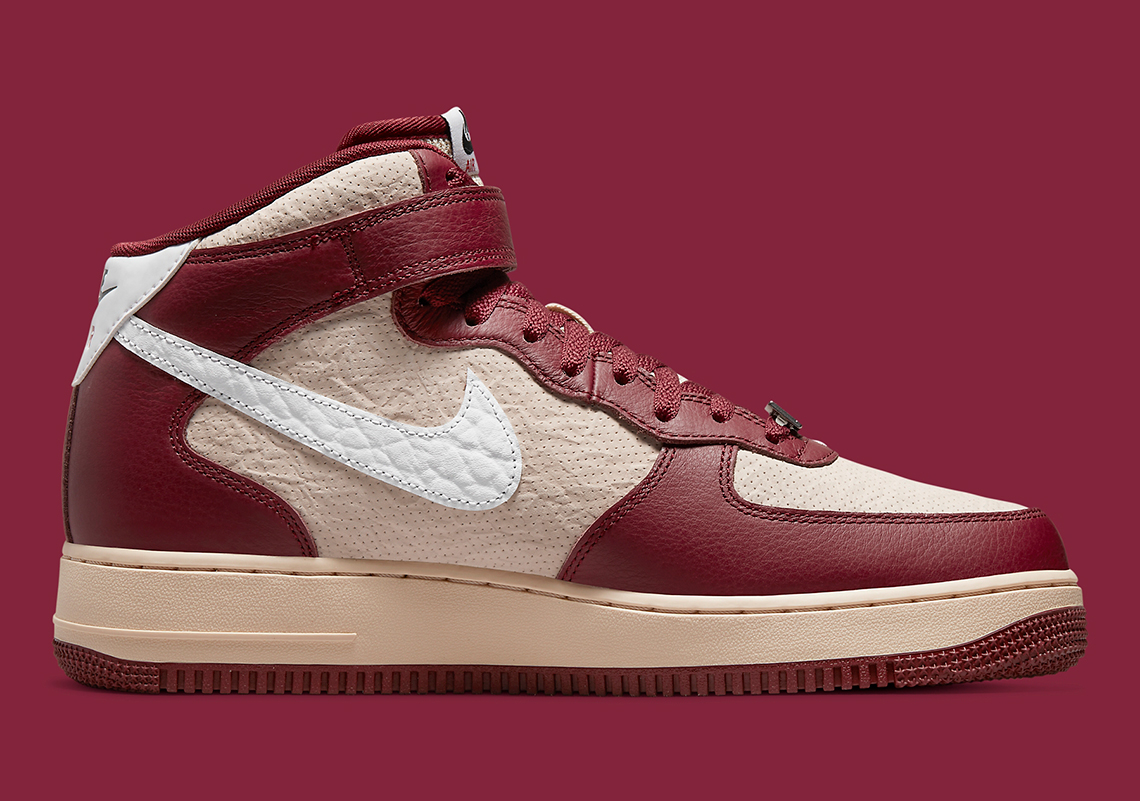 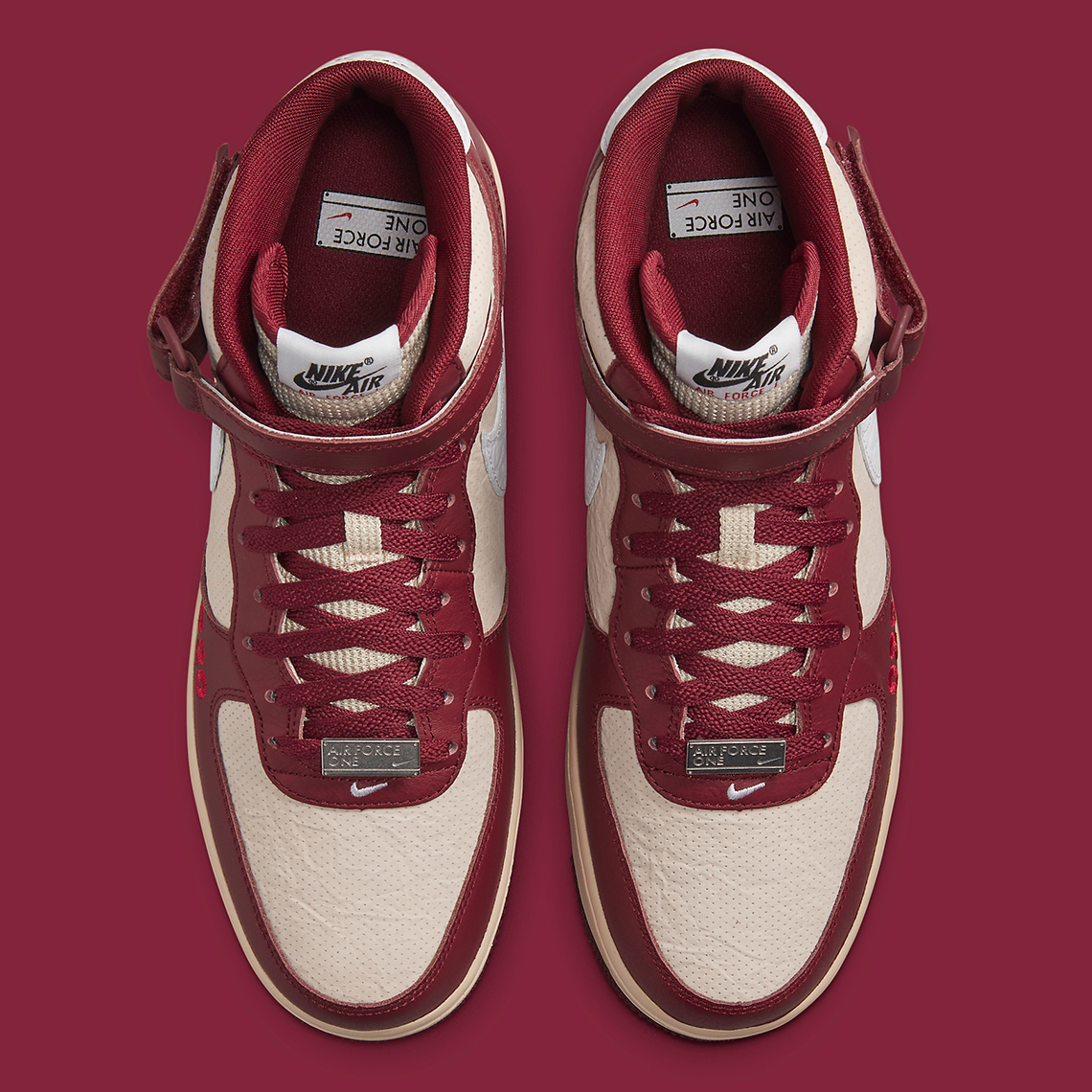 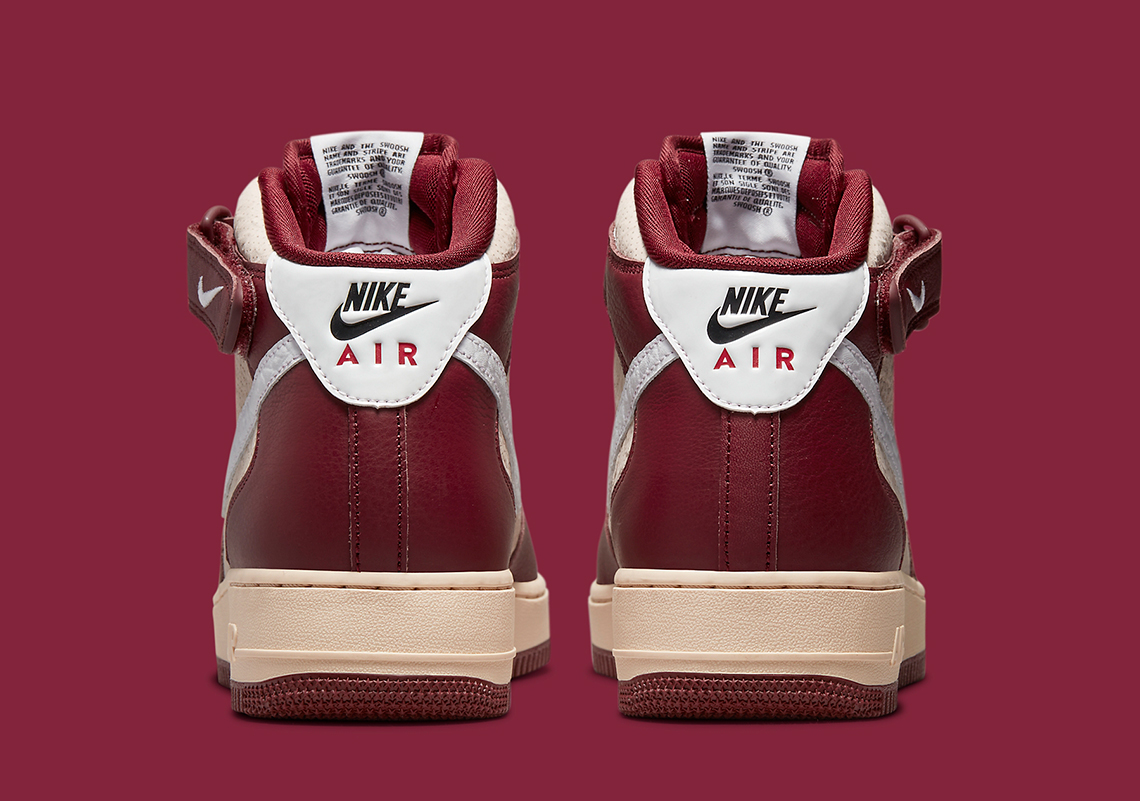 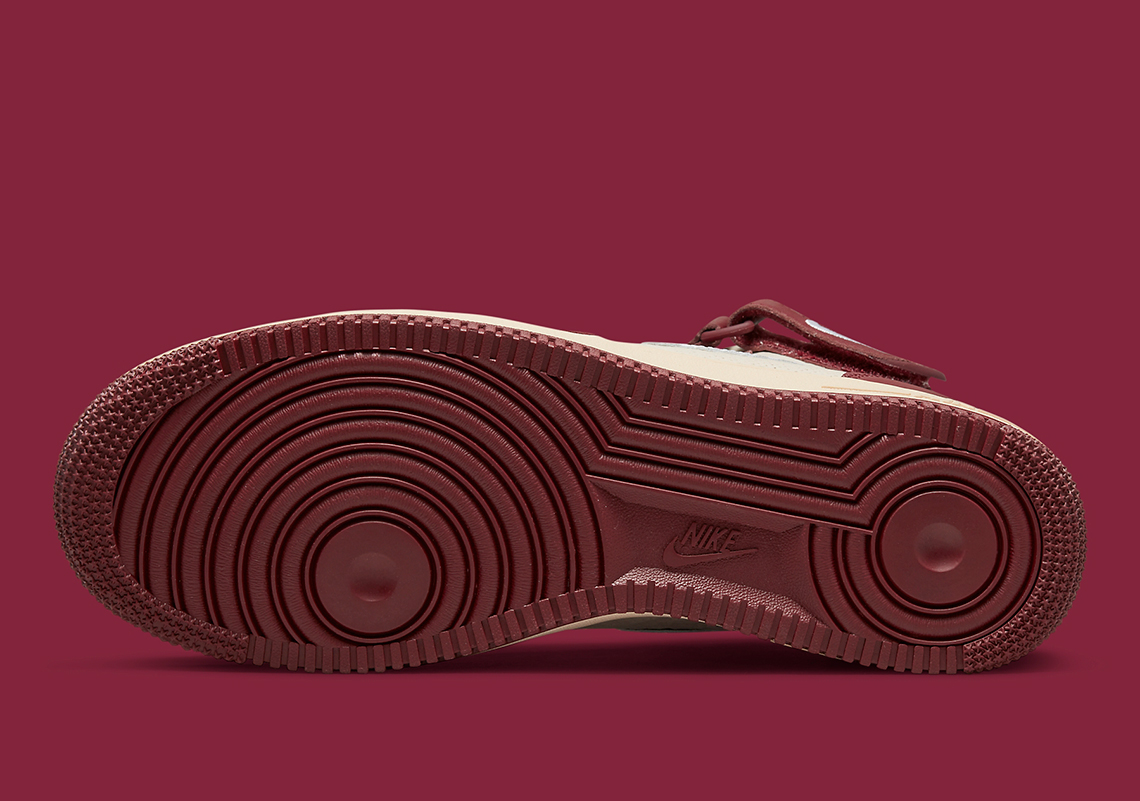 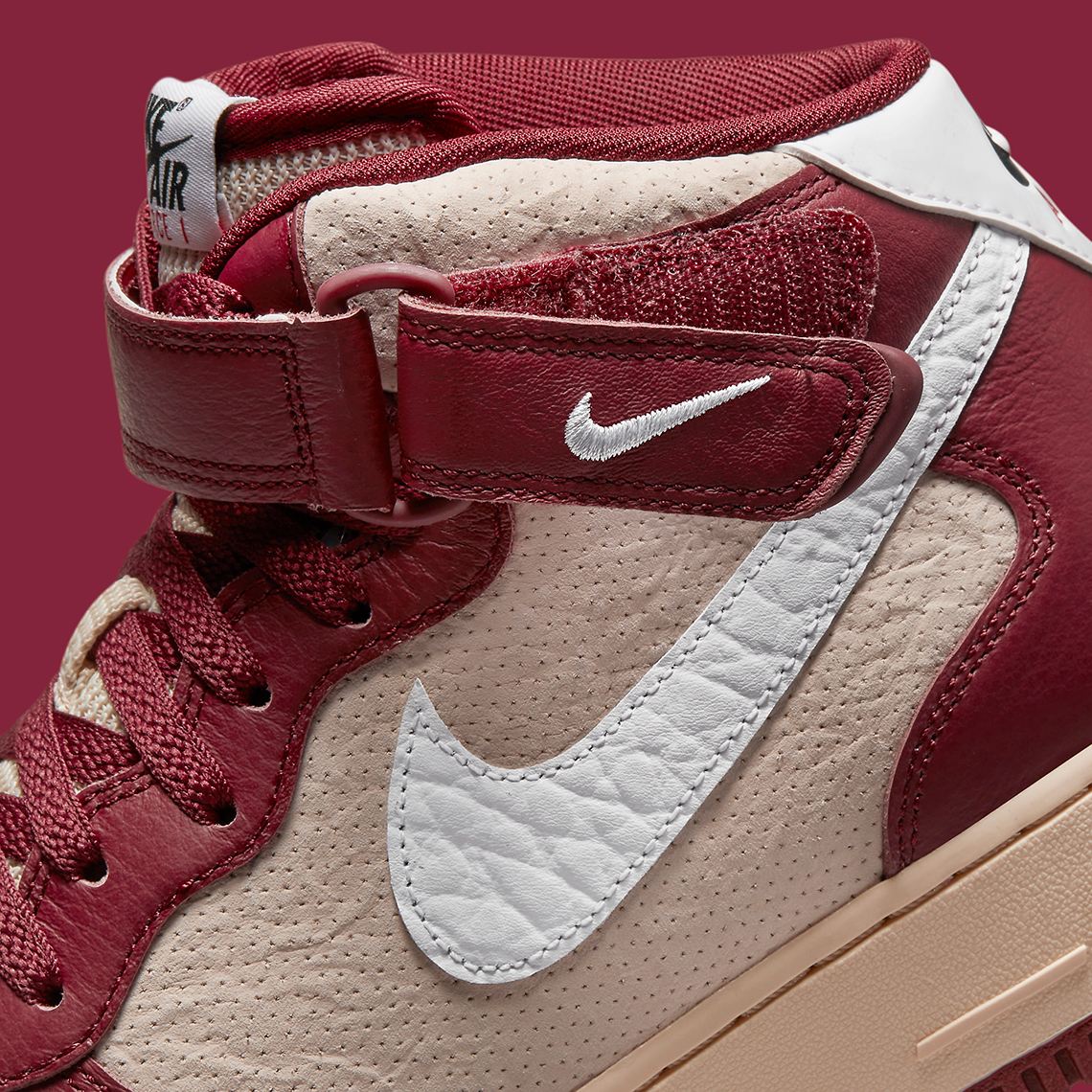 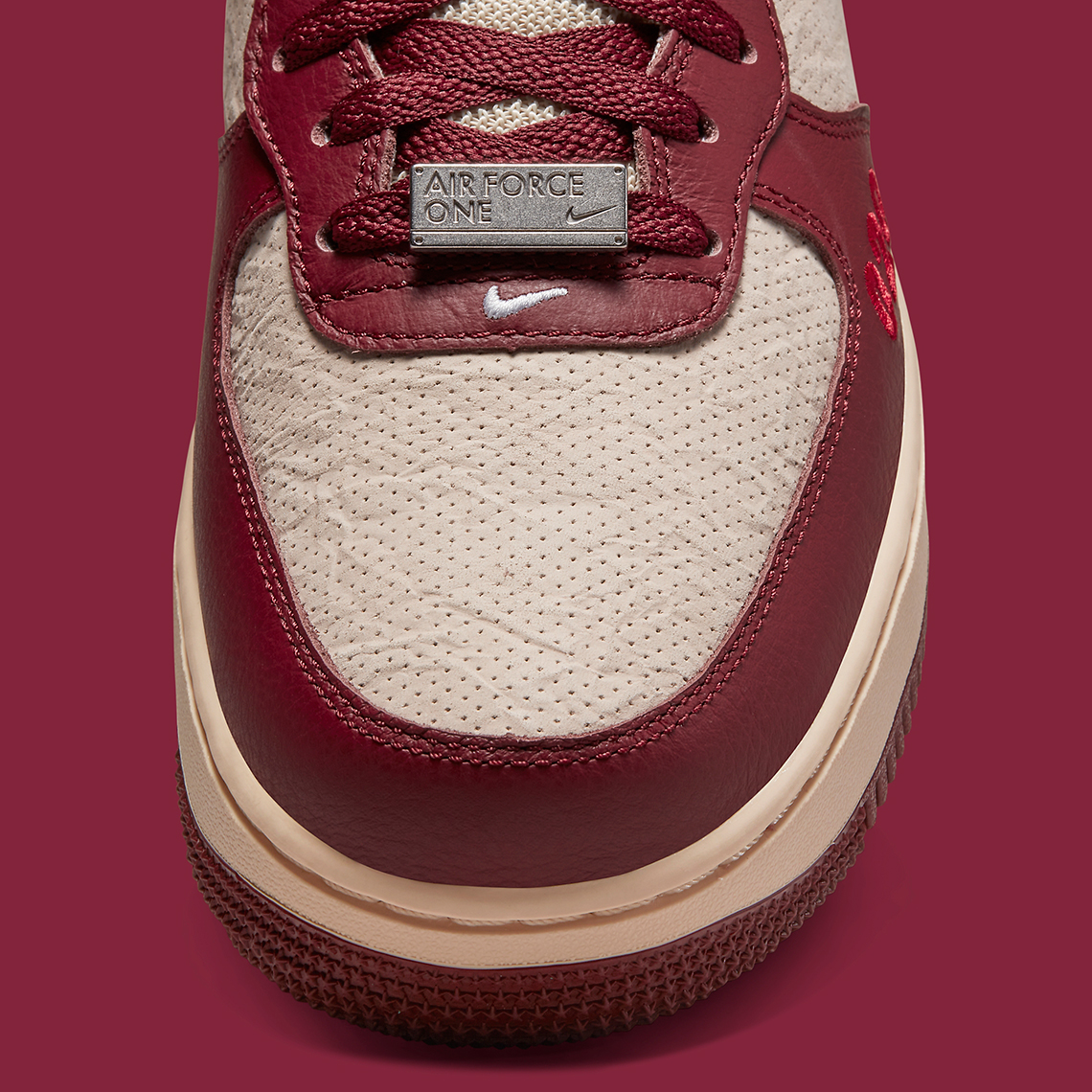 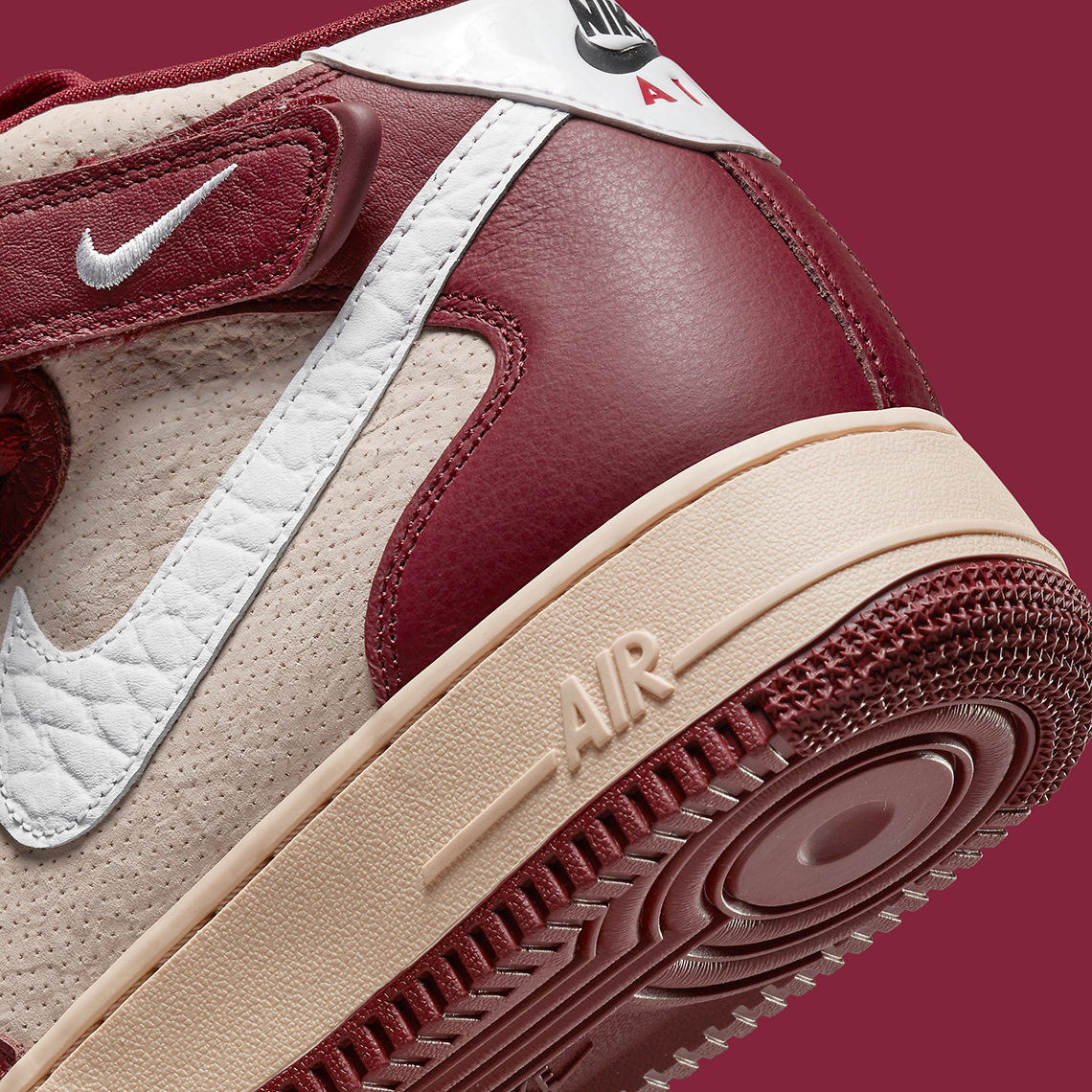 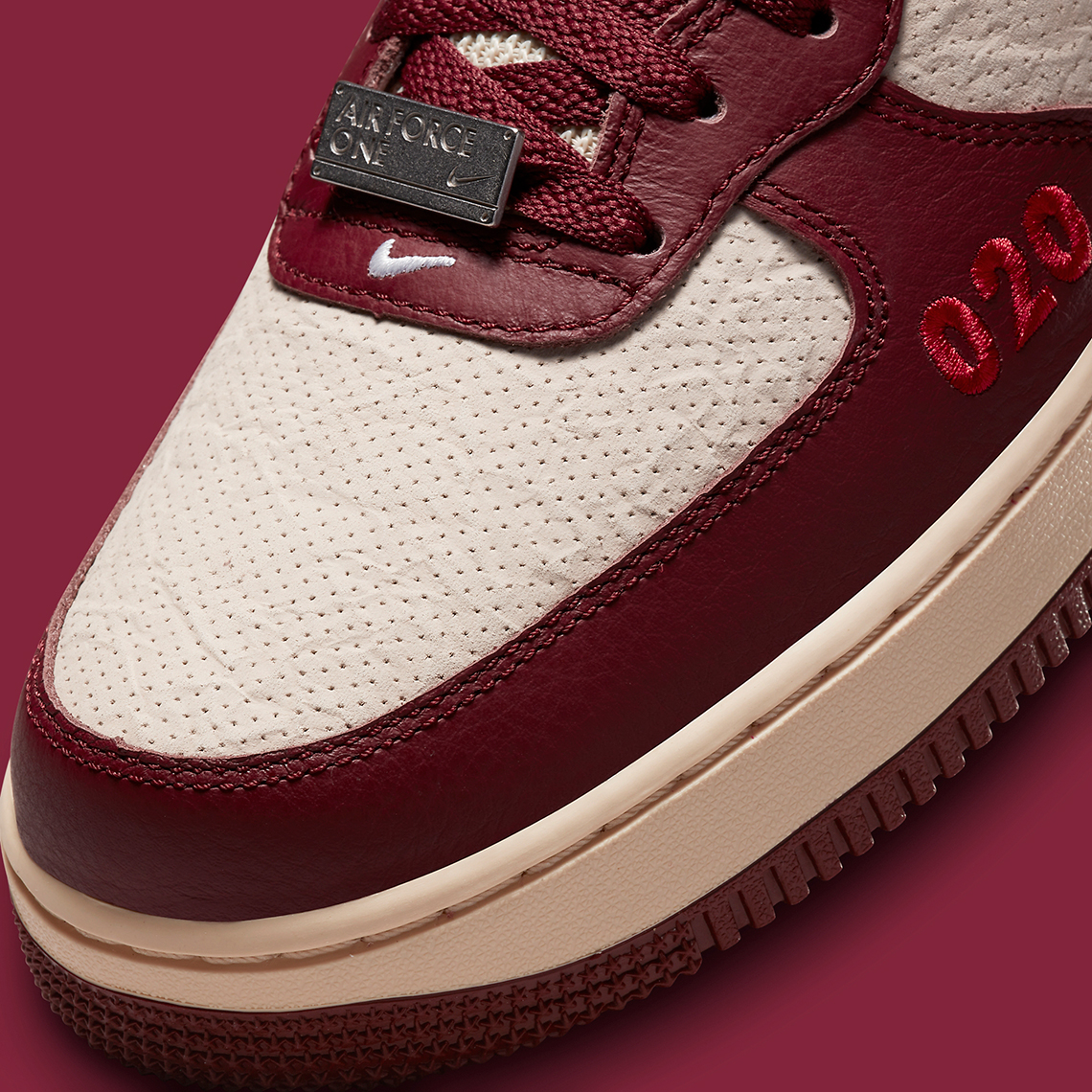