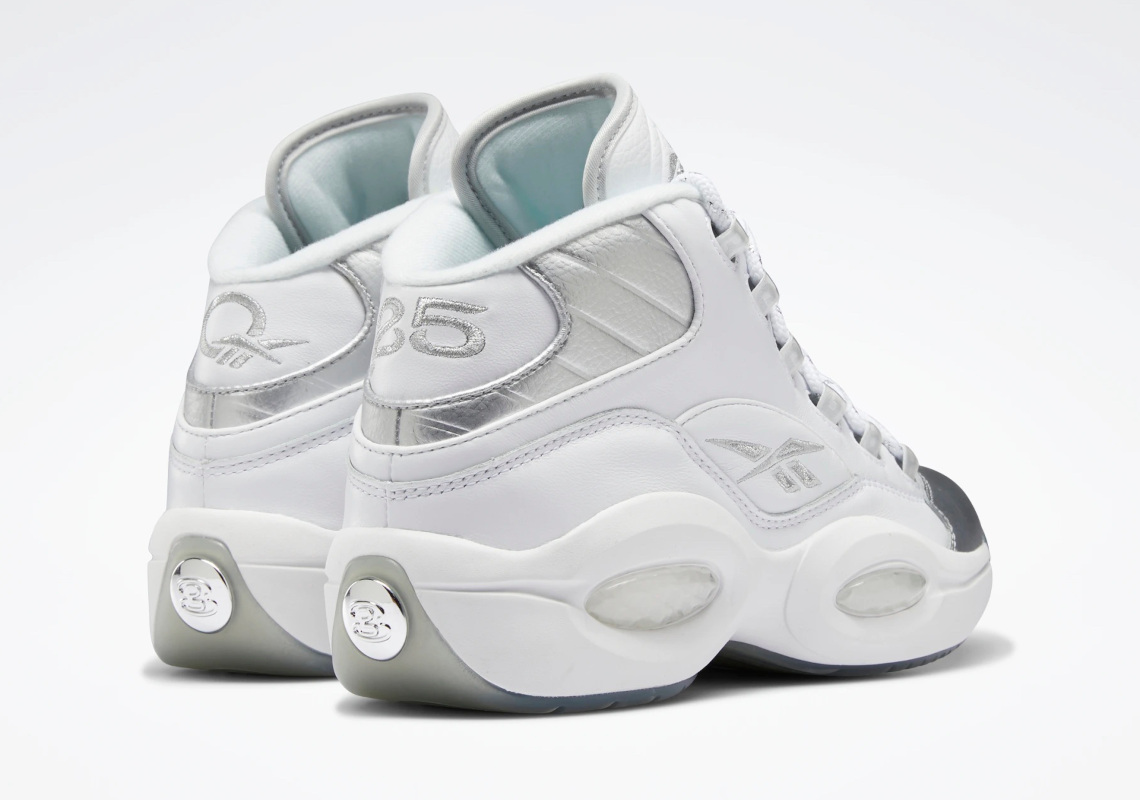 As the NBA commemorates 75 of the greatest players it’s seen for its 75th anniversary, one such honoree’s first signature sneaker is set to celebrate its 25th anniversary: Allen Iverson‘s Reebok Question Mid.

Debuted in 1996, Reebok‘s iconic basketball shoe demonstrated the brand’s belief in a 21-year-old from Hampton, Virginia. Its high-quality leather, ghillie lacing system, pearlized toe and visible Hexalite cushioning delivered top-notch performance, but it was Iverson’s play and attitude that truly turned Scott Hewett’s design into an icon. Over the last handful of years, the mid-top Question has appeared in a slew of original colorways, and for its special “25th Anniversary” release, the model has applied an ultra-clean “Footwear White” and “Metallic Silver” color combination to the retro. “25”-branding appears on the right shoe’s upper heel, as well as on sock-liners, while vector logos visible through the semi-translucent outsole opt for Reebok’s vintage color scheme. Other signature details throughout the pair also indulge in eye-catching “Metallic Silver,” adding yet another captivating tally to A.I.’s legacy.

Enjoy official images of the latest take on Iverson’s first signature sneaker ahead, and find pairs via Reebok.com on Thursday, February 17th.

In other sneaker news, the Yeezy 350 v2 “Dazzling Blue” is set to launch on February 26th. 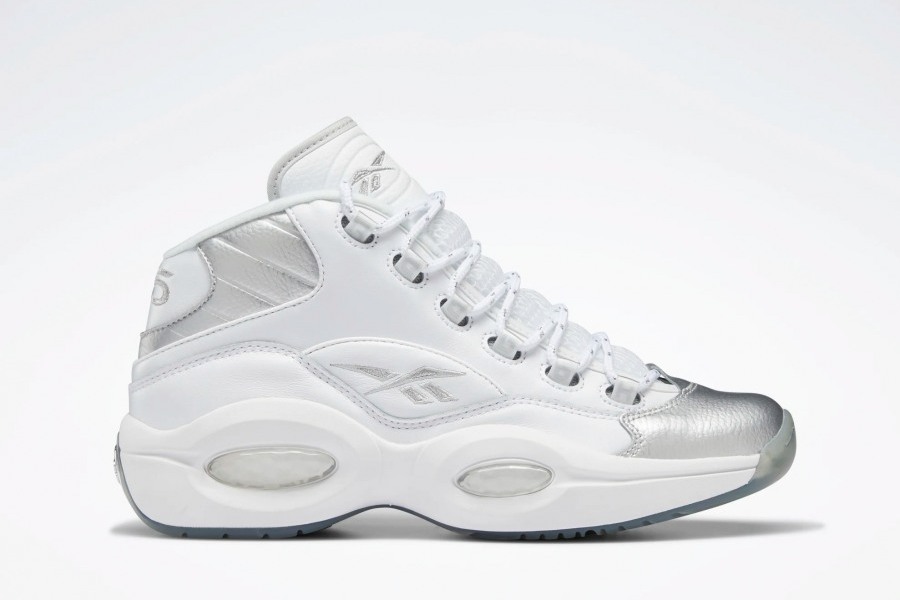 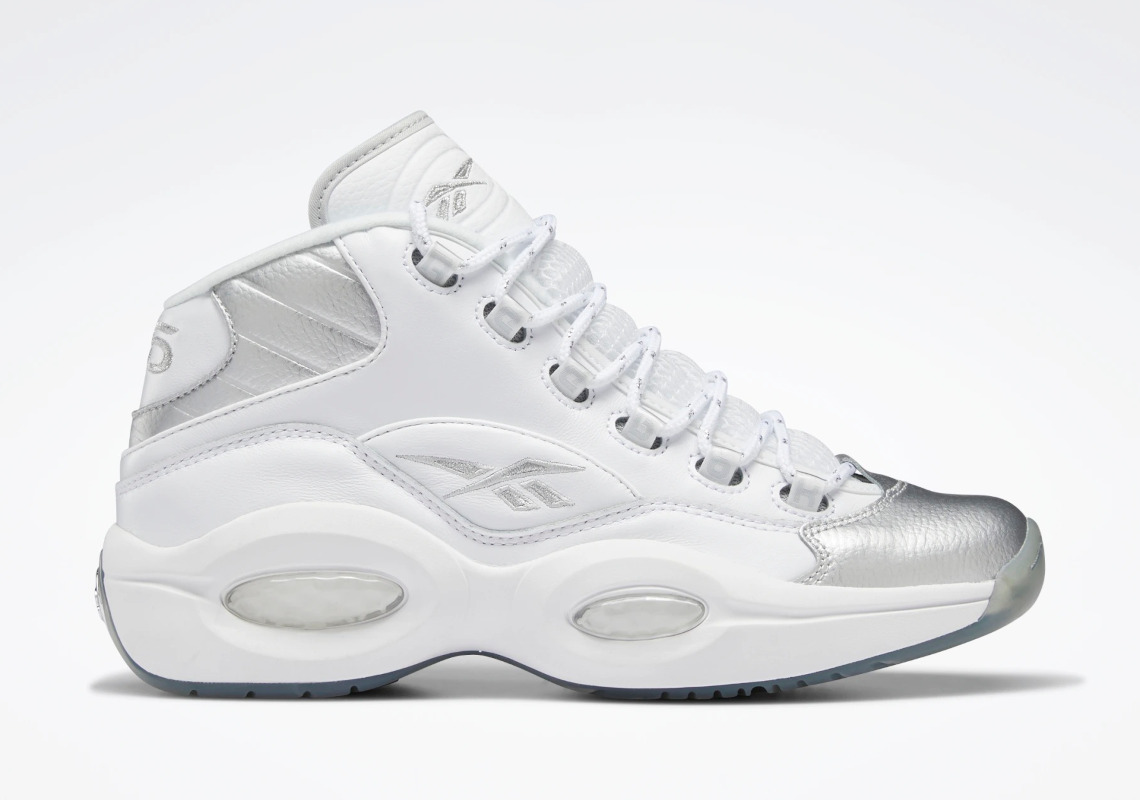 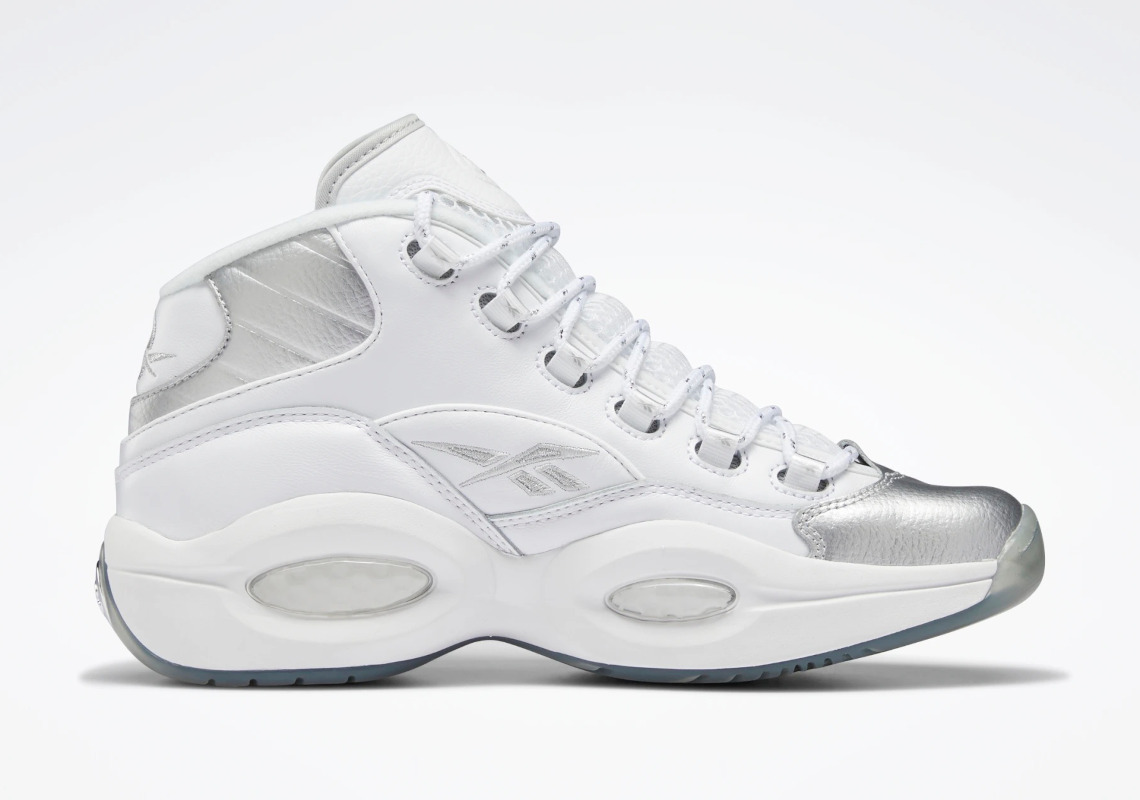 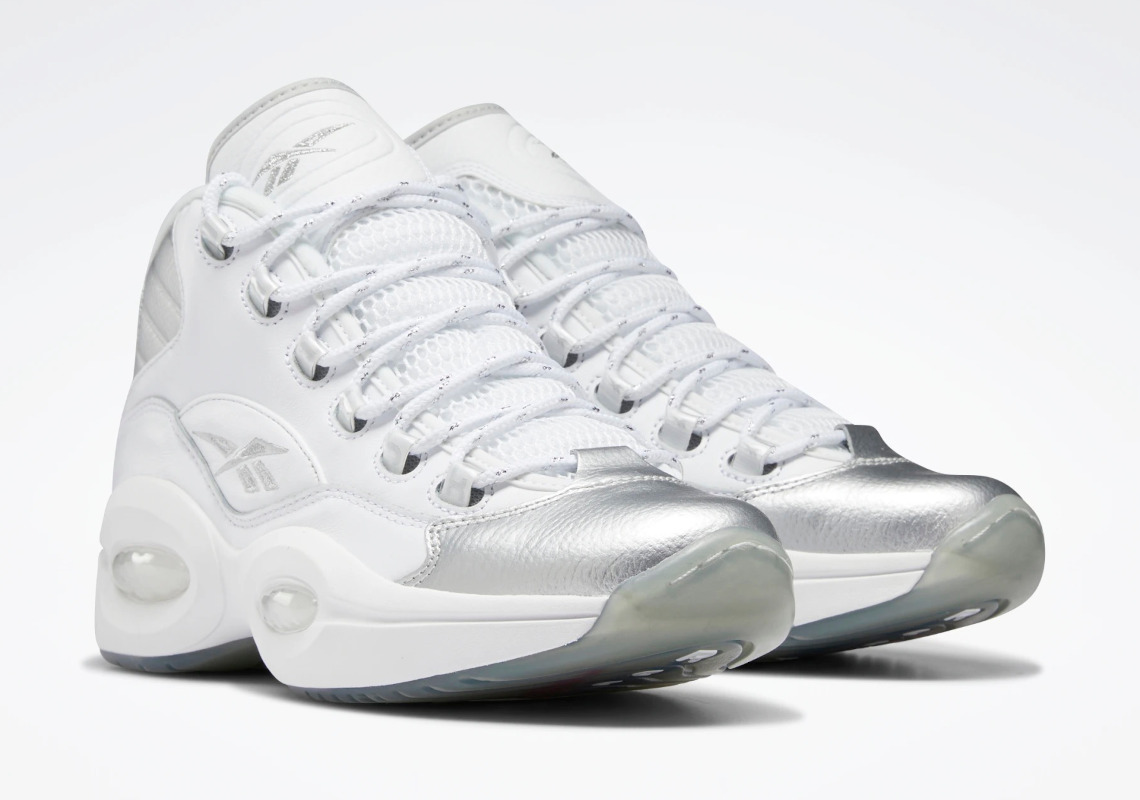 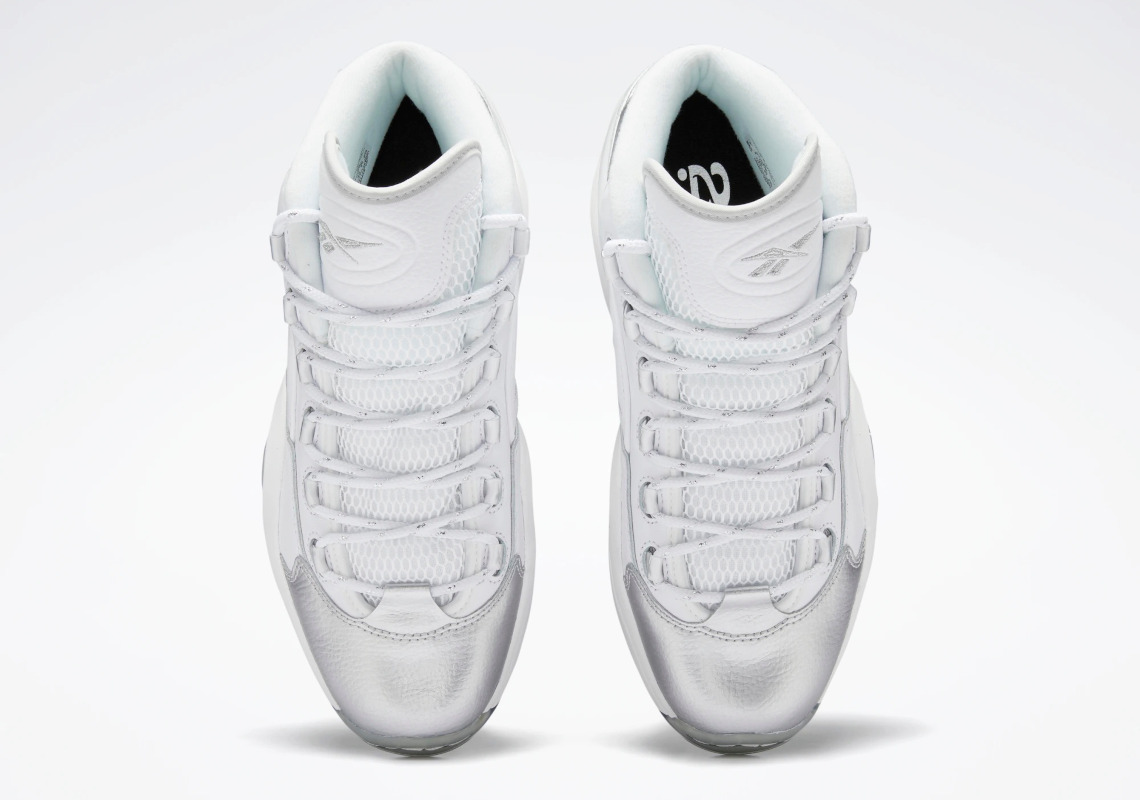 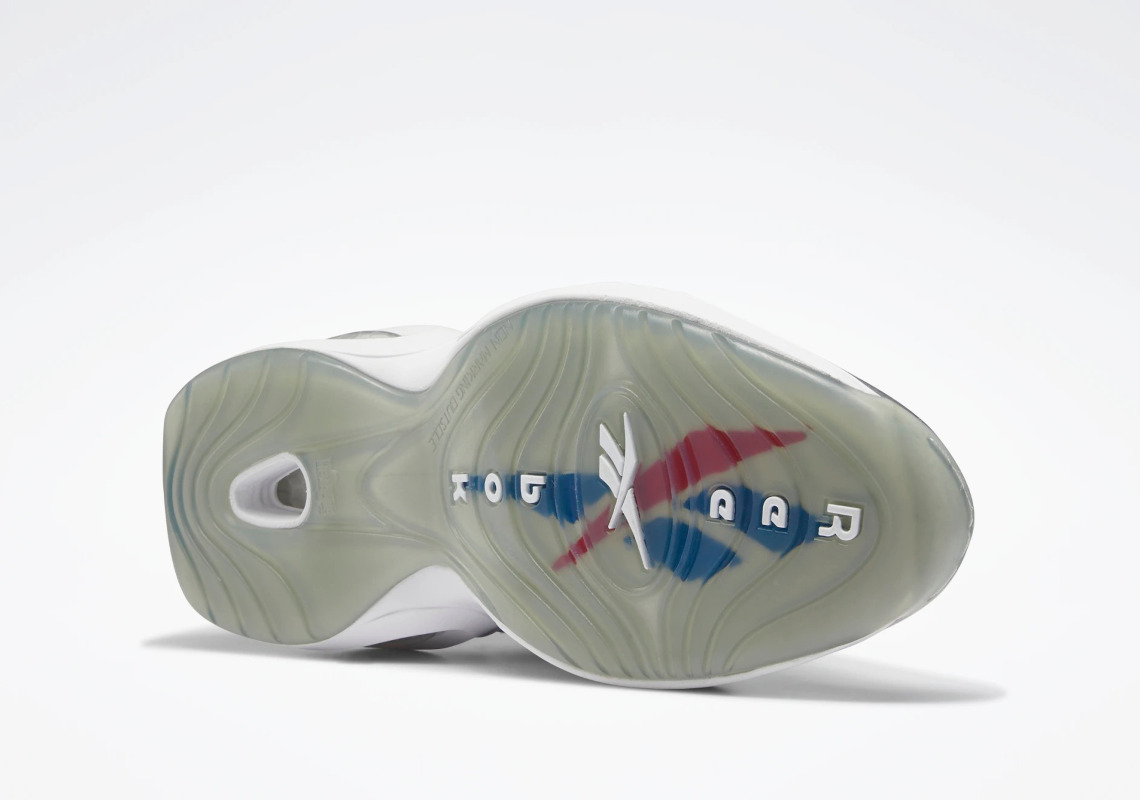 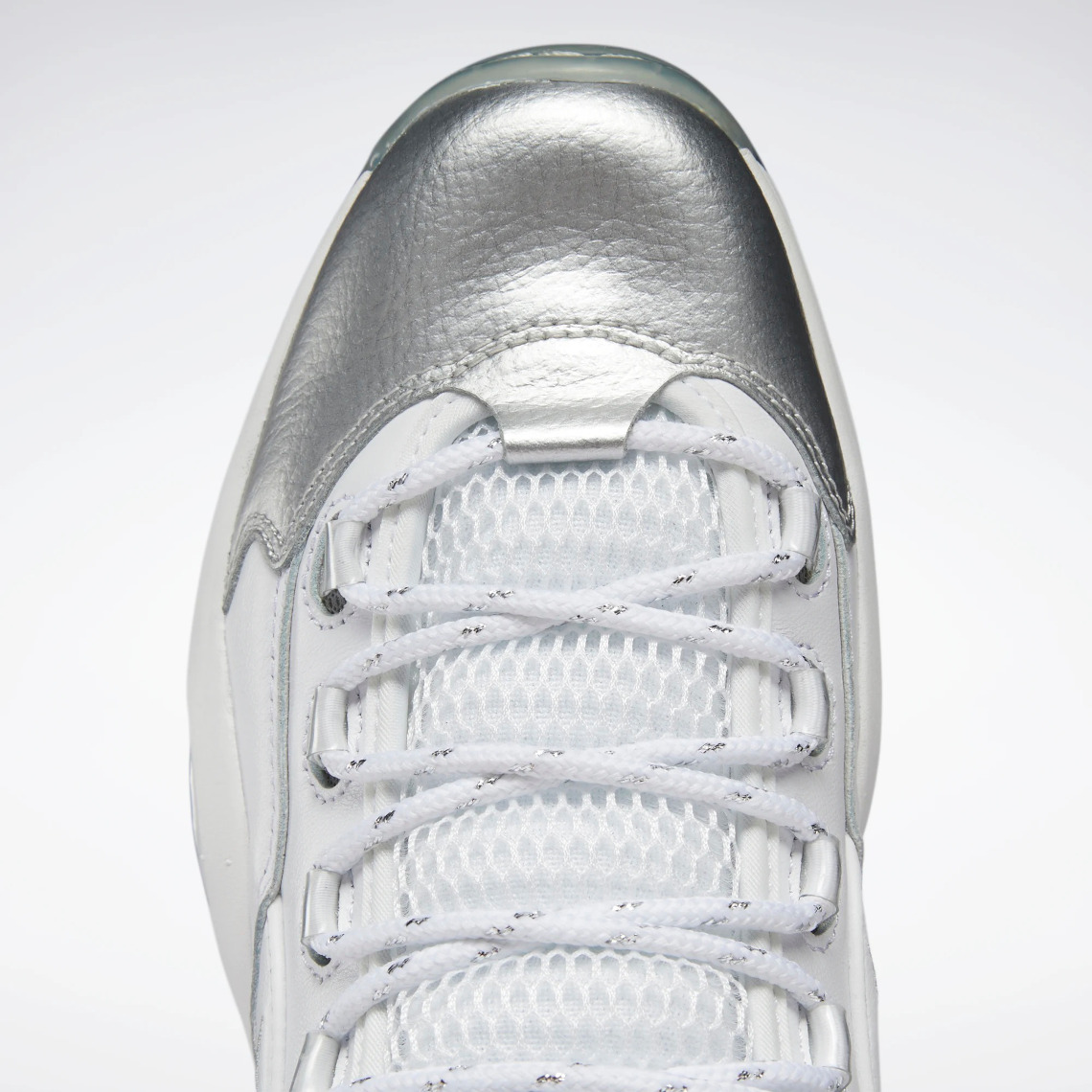 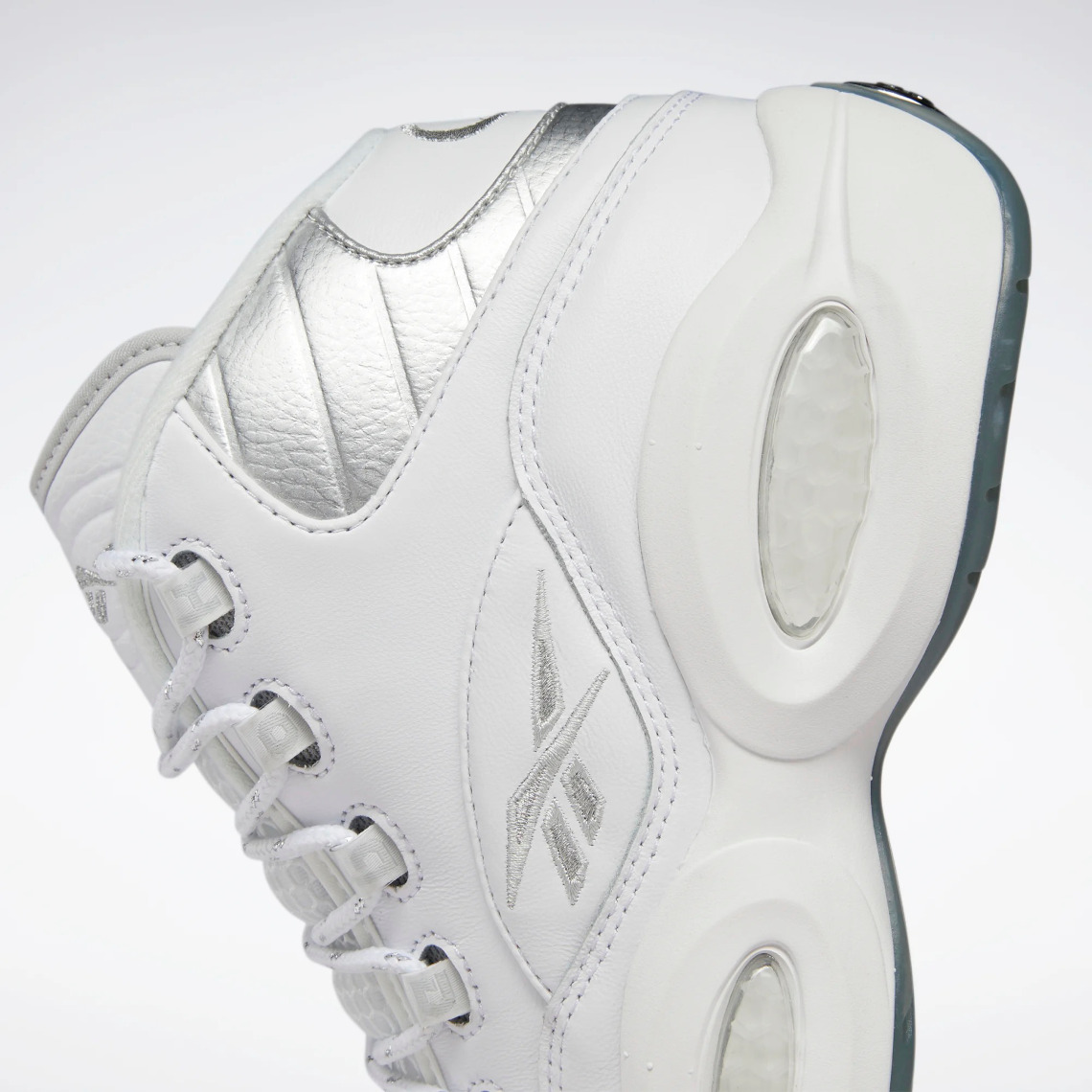 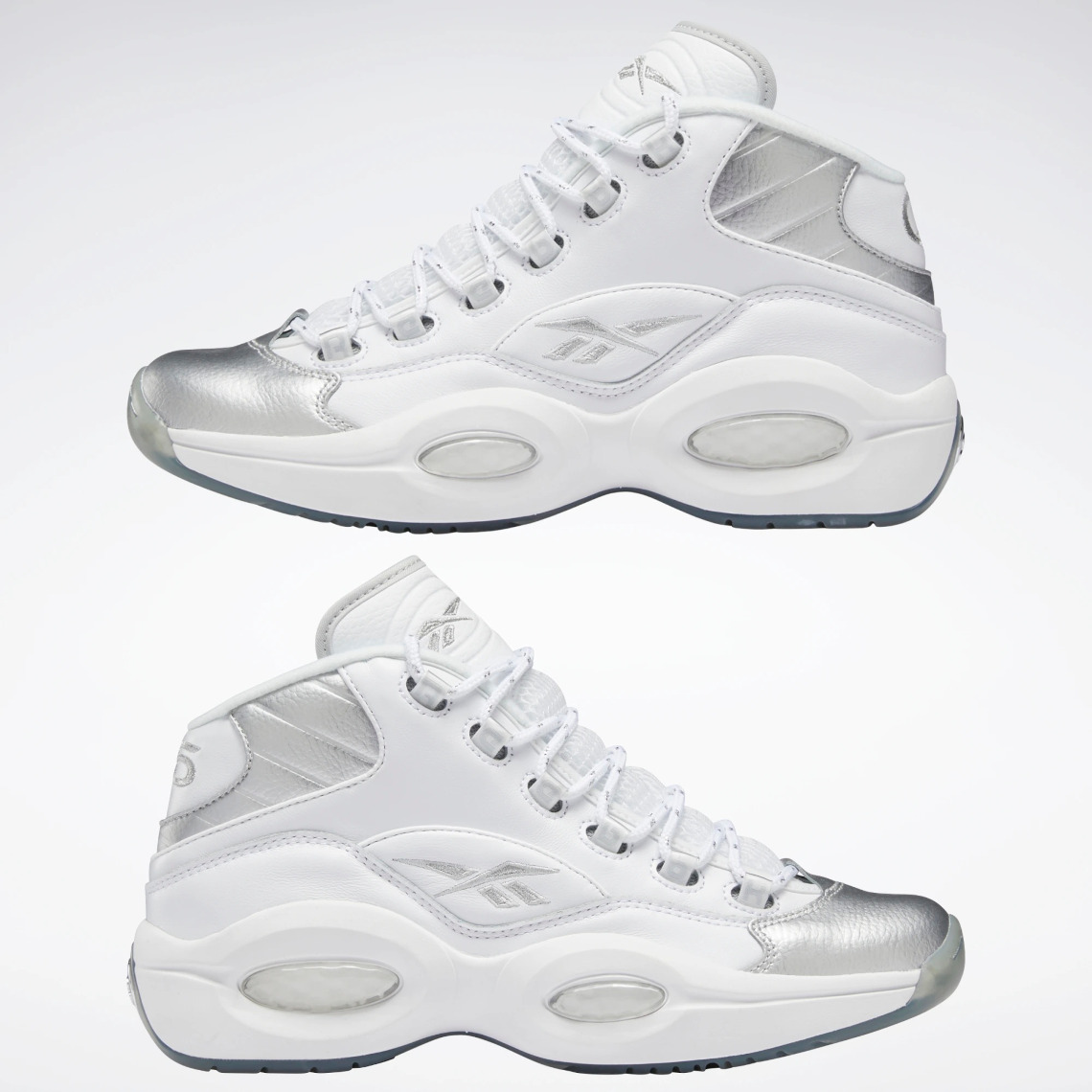