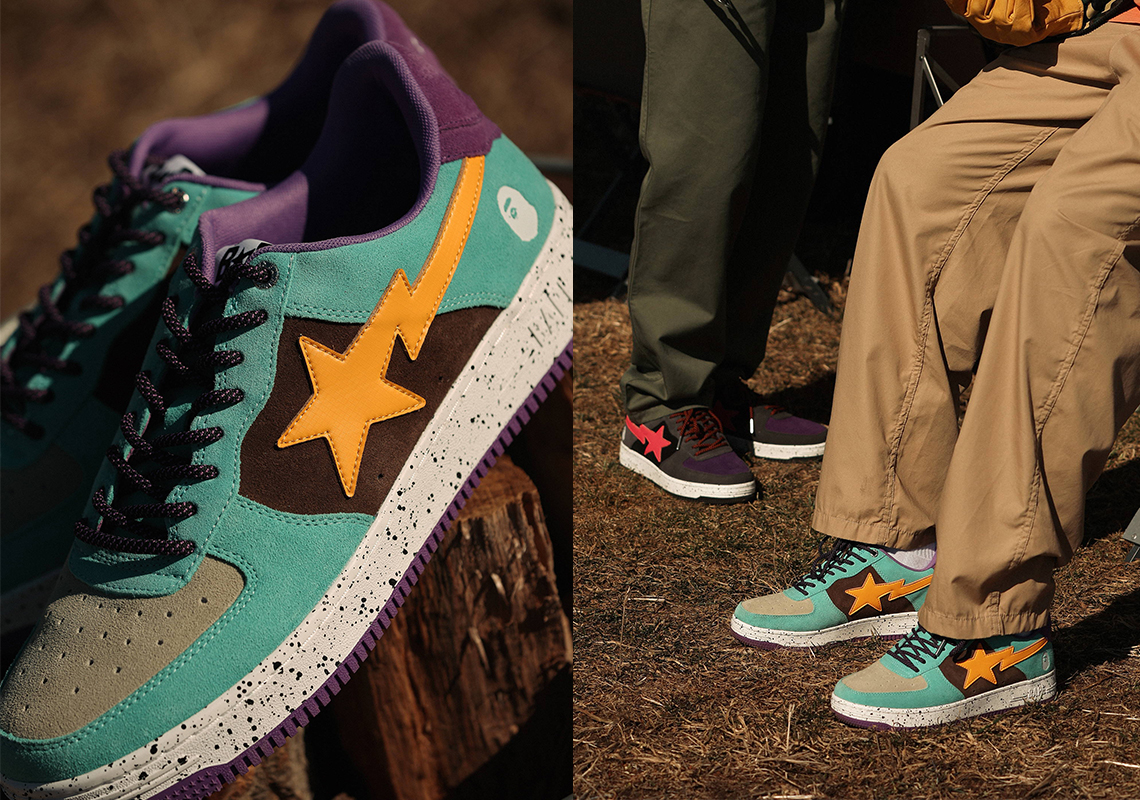 People are outdoors now more than ever, and Gorpcore has very quickly risen in popularity as a result. And though not everyone uses their Arc’teryx and Salomons for their intended purpose, the two have become key indicators of who’s in the know. Nike ACG, too, has become equally noteworthy, with IG mood boards often sharing the line-up’s most iconic garments and footwear. But this admiration for All Conditions Gear is not at all new, considering brands outside of the Swoosh have incorporated the sub-label’s signature palette time and time again.

A BATHING APE is the latest offender, as they’re about to introduce a duo of BAPE STAs very obviously inspired by ACG colors. This is evident across both pairs, as their Pink/Purple and Teal/Yellow arrangements seem like direct reflections of the Swoosh’s own offerings. What’s more, the speckled soles and rounded laces — the latter of which have never before been used for the silhouette — add additionally similarities to the famed catalog.

Enjoy a closer look at the two colorways below. Both will be available on BAPE.com come February 18th; a following release via authorized BAPE retailers will arrive on day later on February 19th.

In other news, another AFEW ASICS GEL-LYTE III is releasing February 26th. 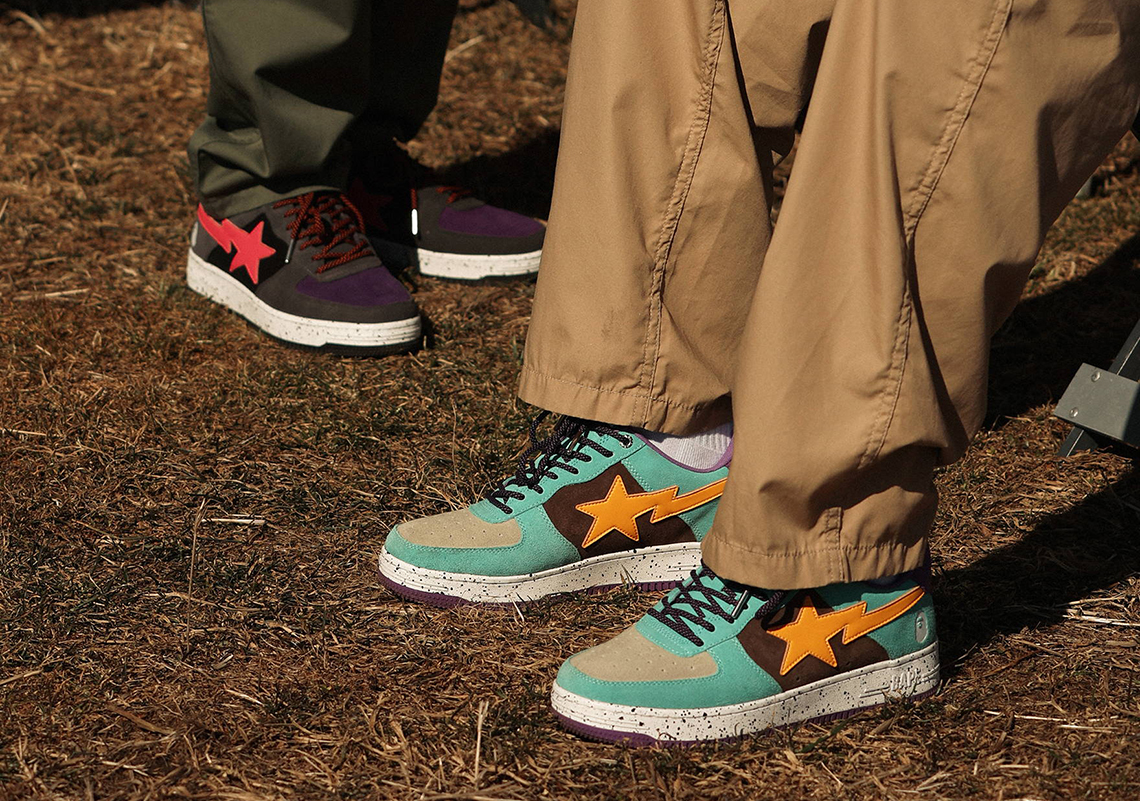 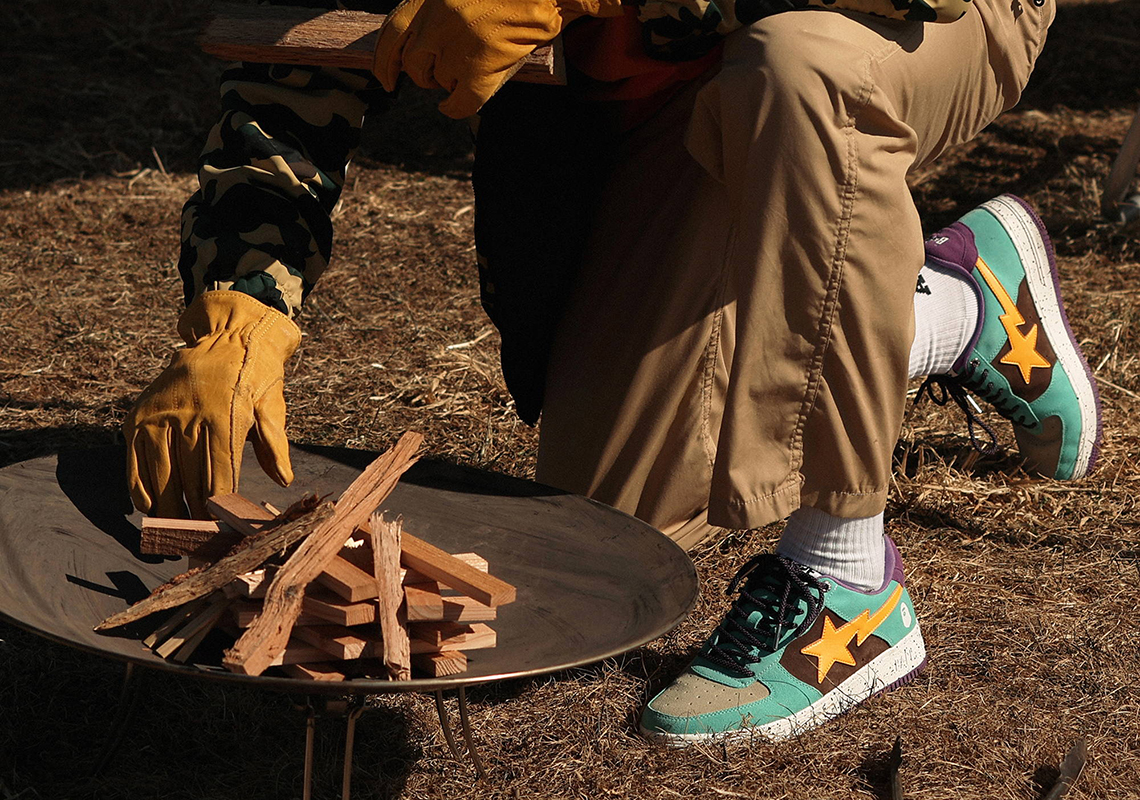 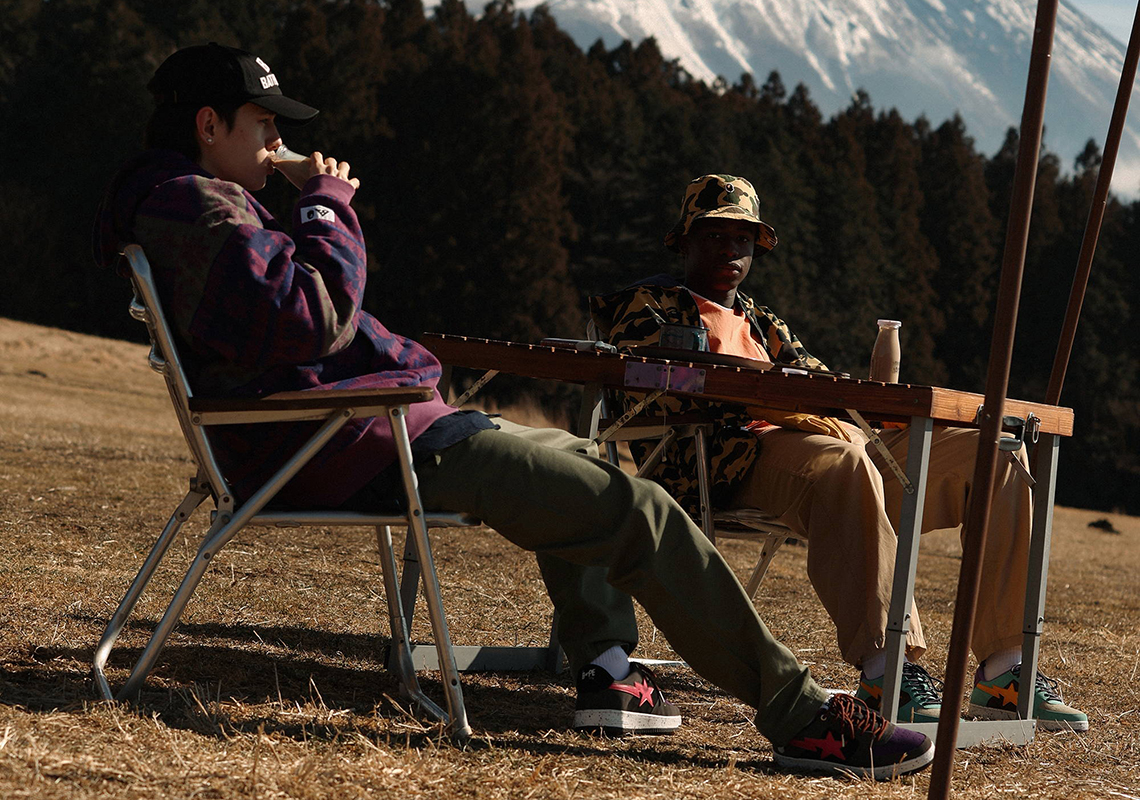 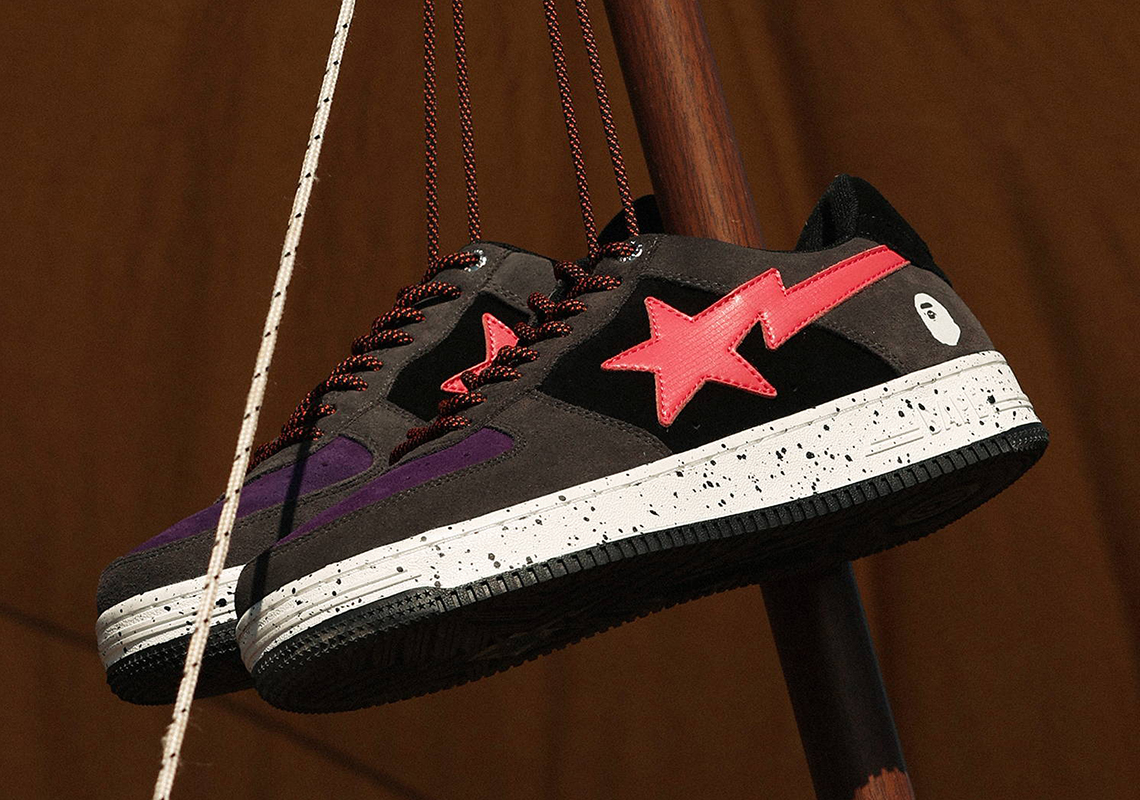 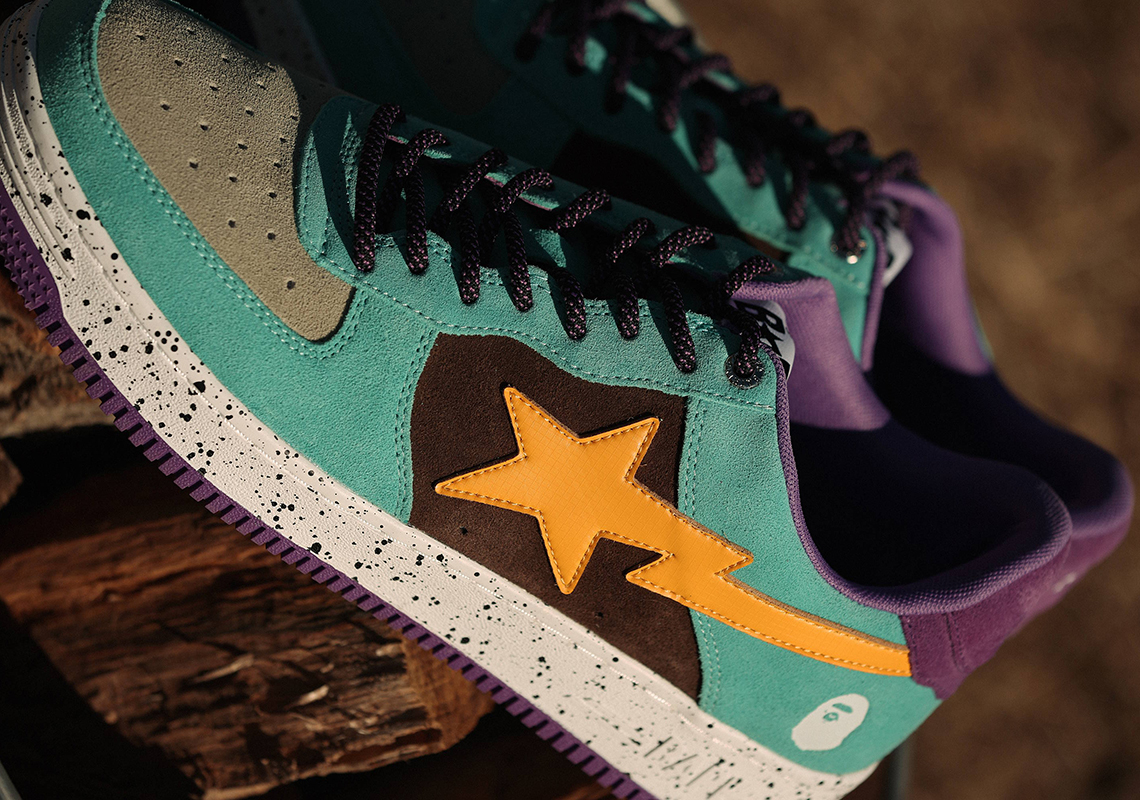 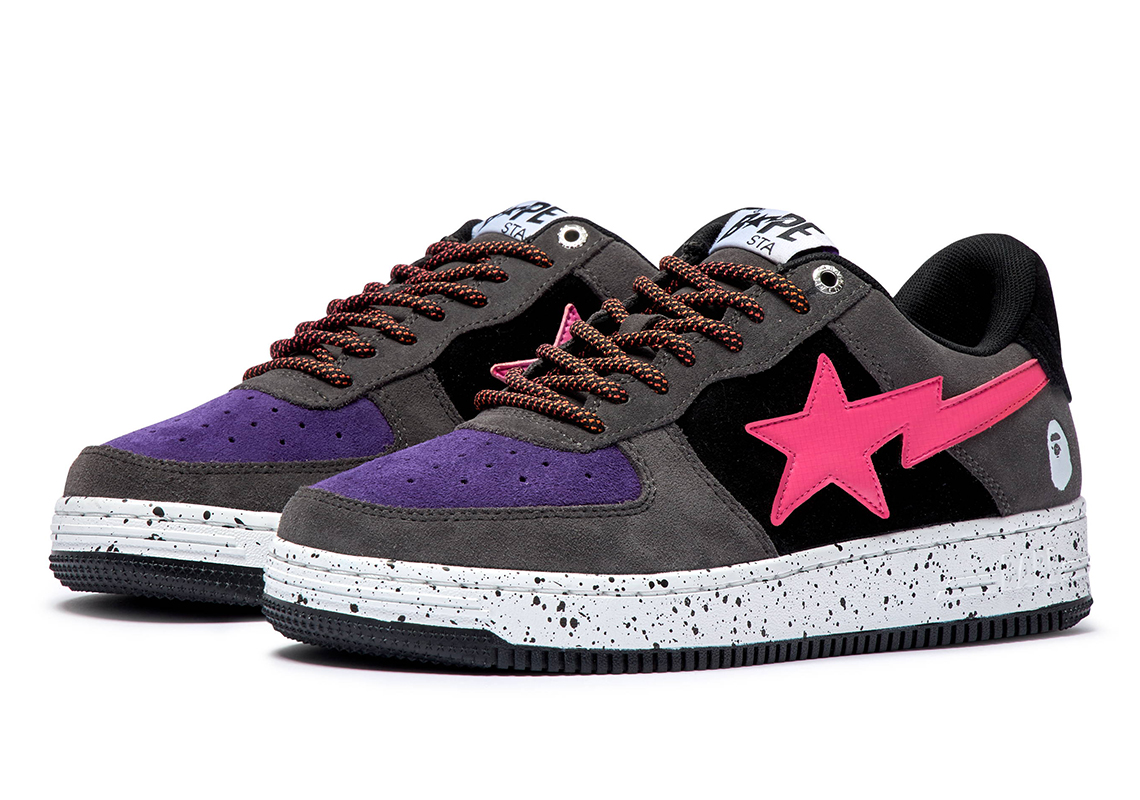 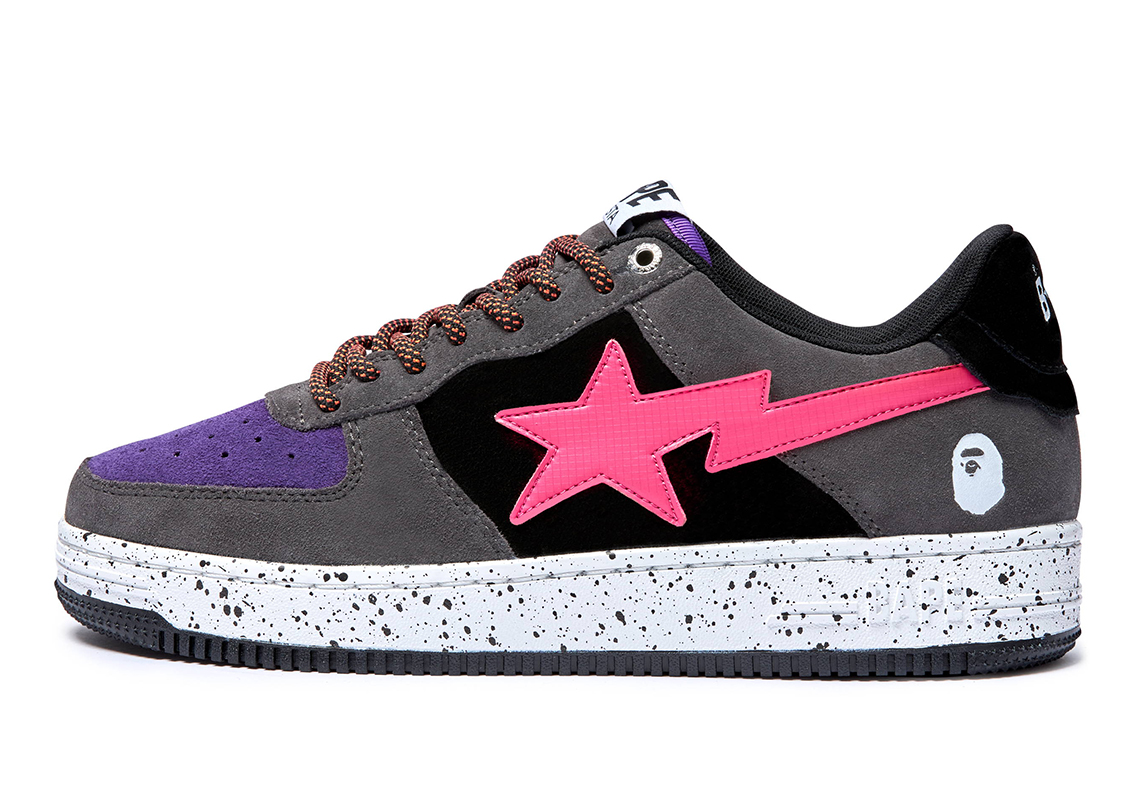 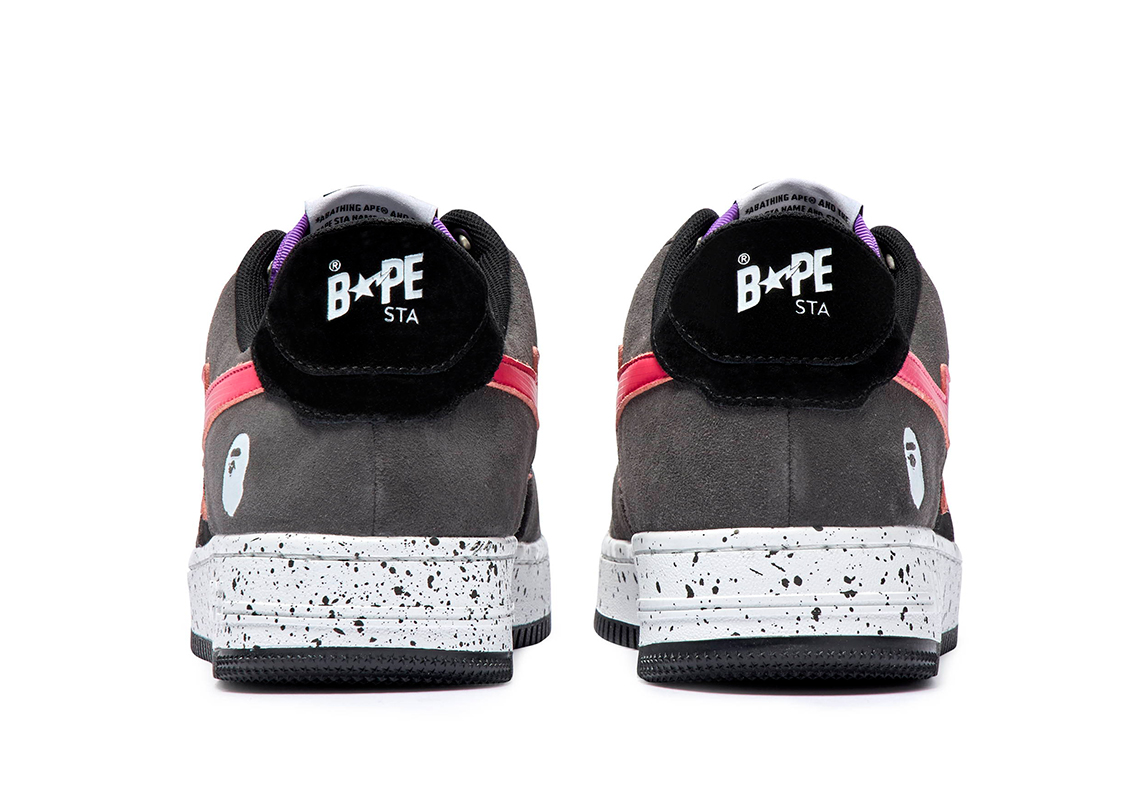 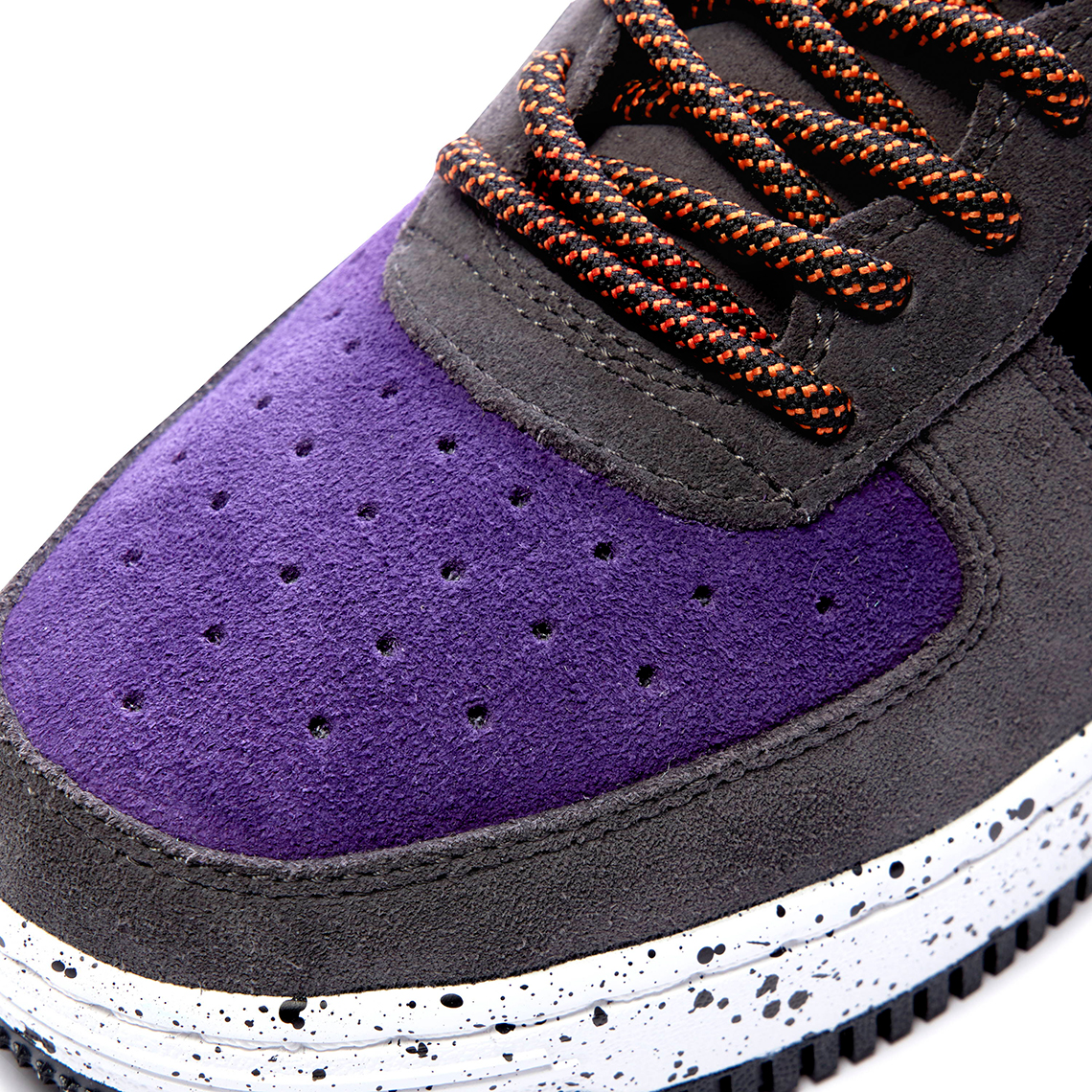 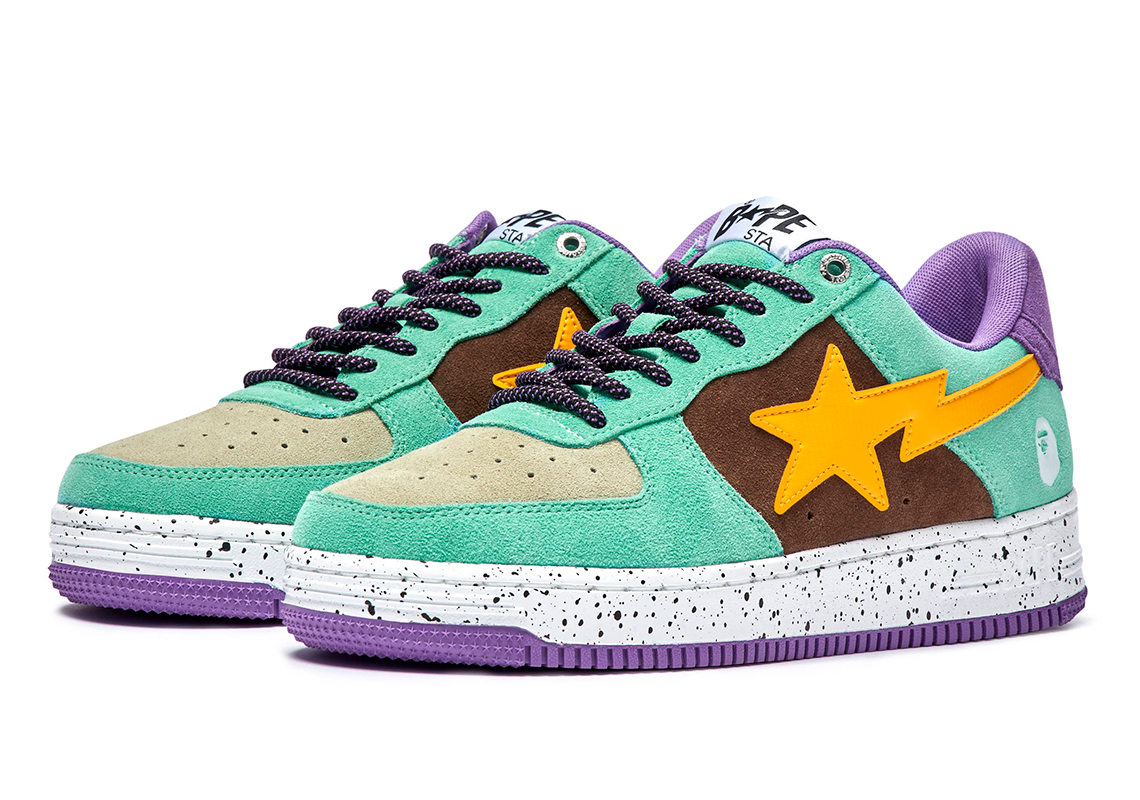 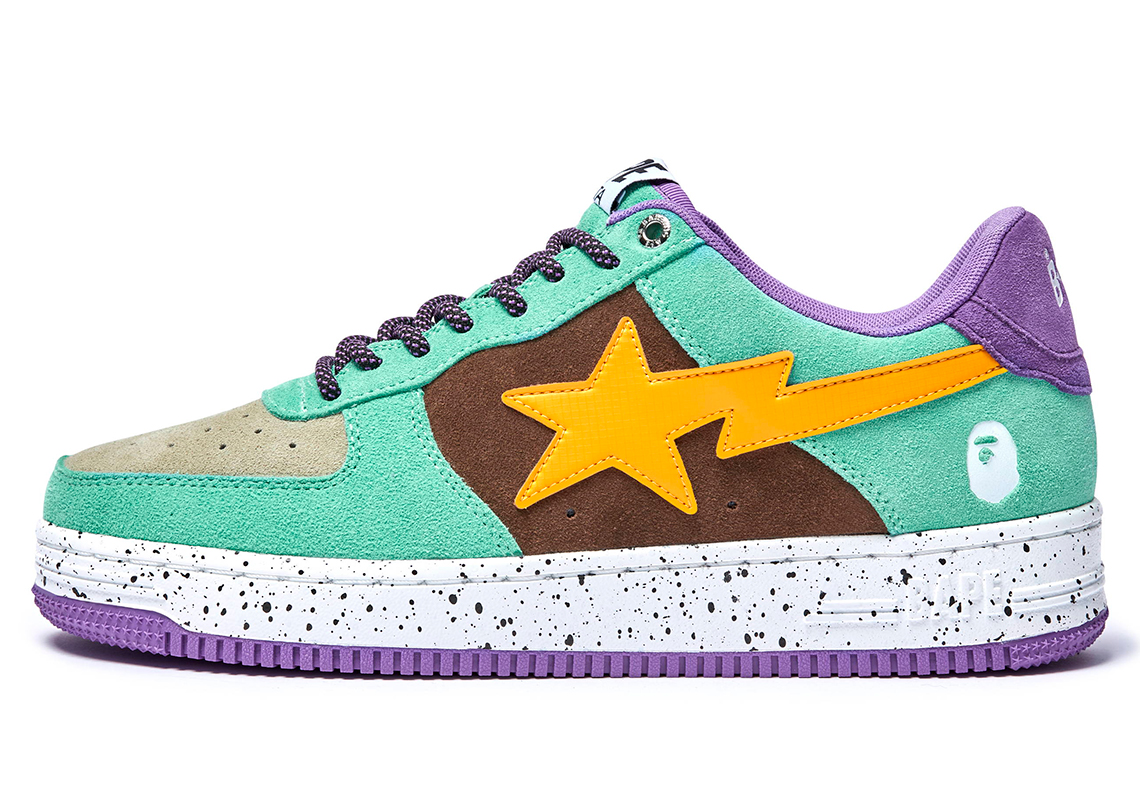 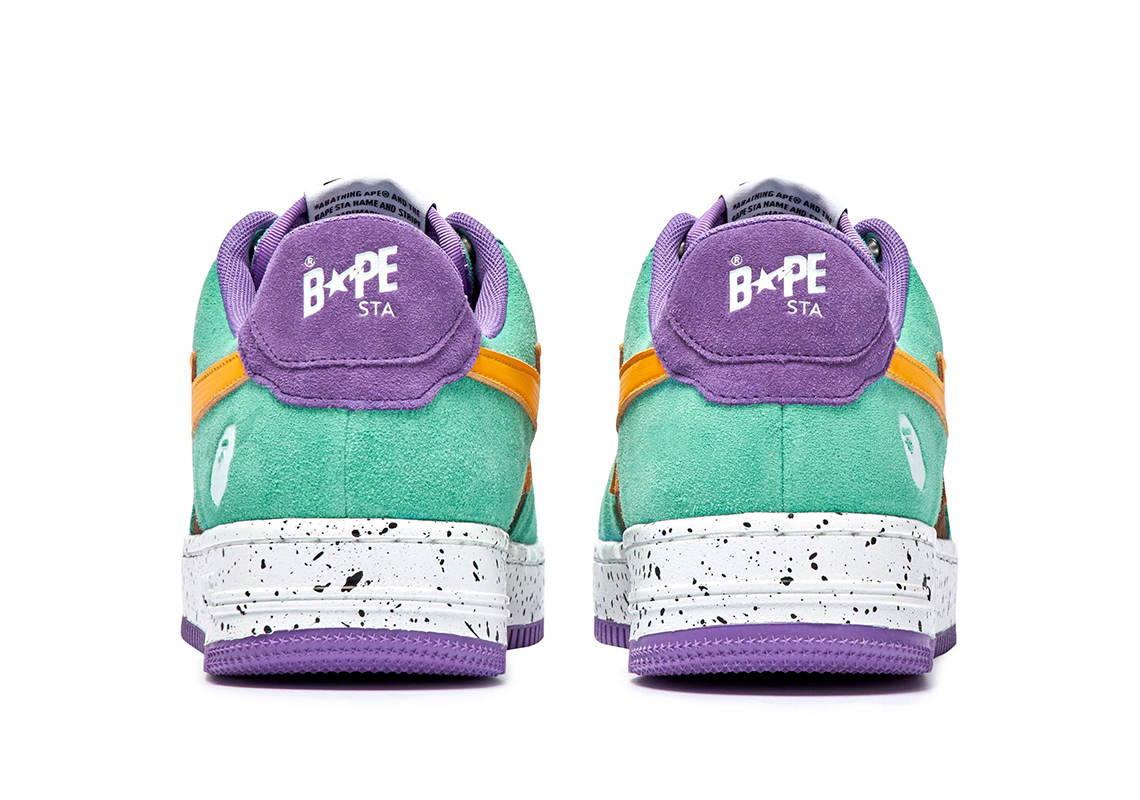 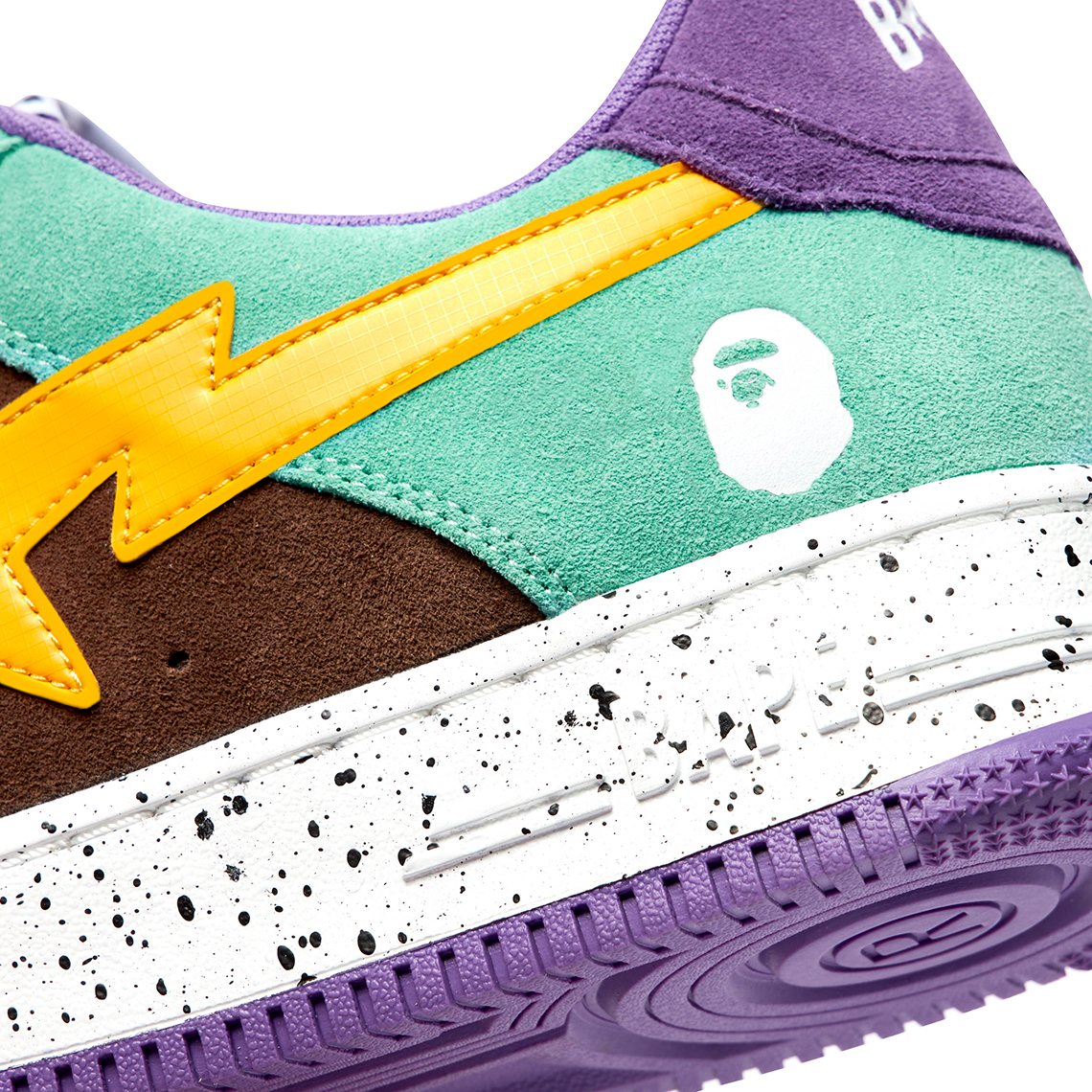