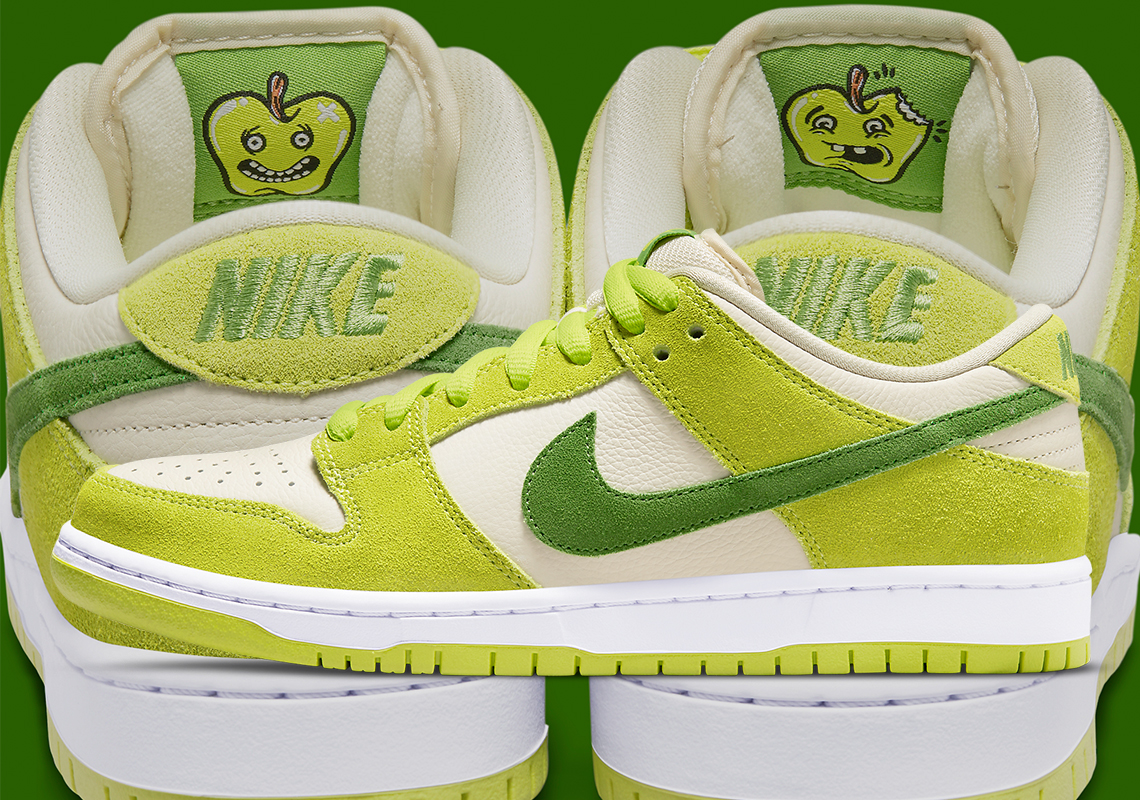 It’s no coincidence that the official images of the Nike SB Dunk Low “Green Apple” are surfacing four days into April, as the colorway is very likely inspired by 4/20, the national stoner holiday. And the Swoosh themselves need not comment, as the palette and the anthropomorphic apples hidden along the backside of the shoe’s tongue are enough evidence as is.

Joined by three other fruit-inspired creations — which come together to form the “Fruity Pack” — the “Green Apple” and its counterparts are some of the most subdued 4/20 releases yet. The sour fruit, however, lends itself better to the holiday, as it mirrors the color of kush through the light green of the overlays, tread, and laces as well as the darker shade of the Swoosh and adjacent branding. Elsewhere, the construction is entirely neutral, with white midsoles and an off-white finished base.

For a closer look at the Nike SB Dunk Low “Green Apple, see below. Though no release date has been confirmed just yet, it’s likely we’ll learn more by April 20th.

In other news, early images of the Yeezy Boost 350 Turtle Dove have surfaced. 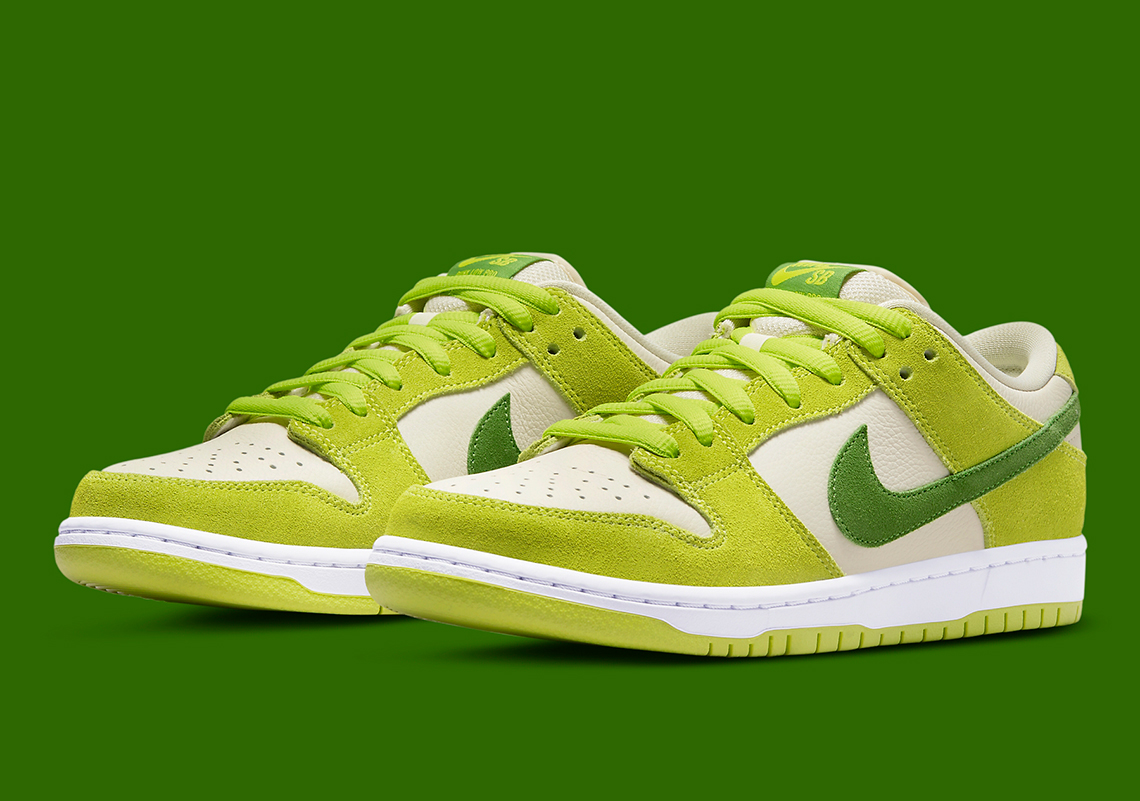 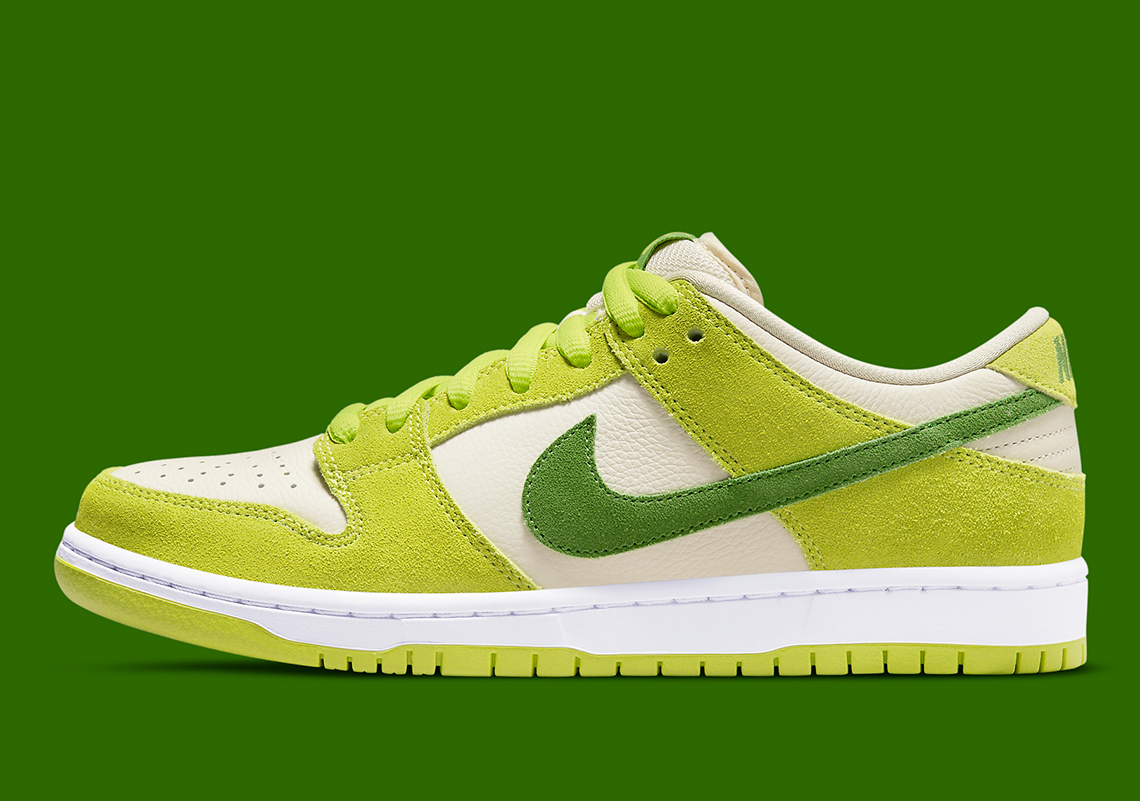 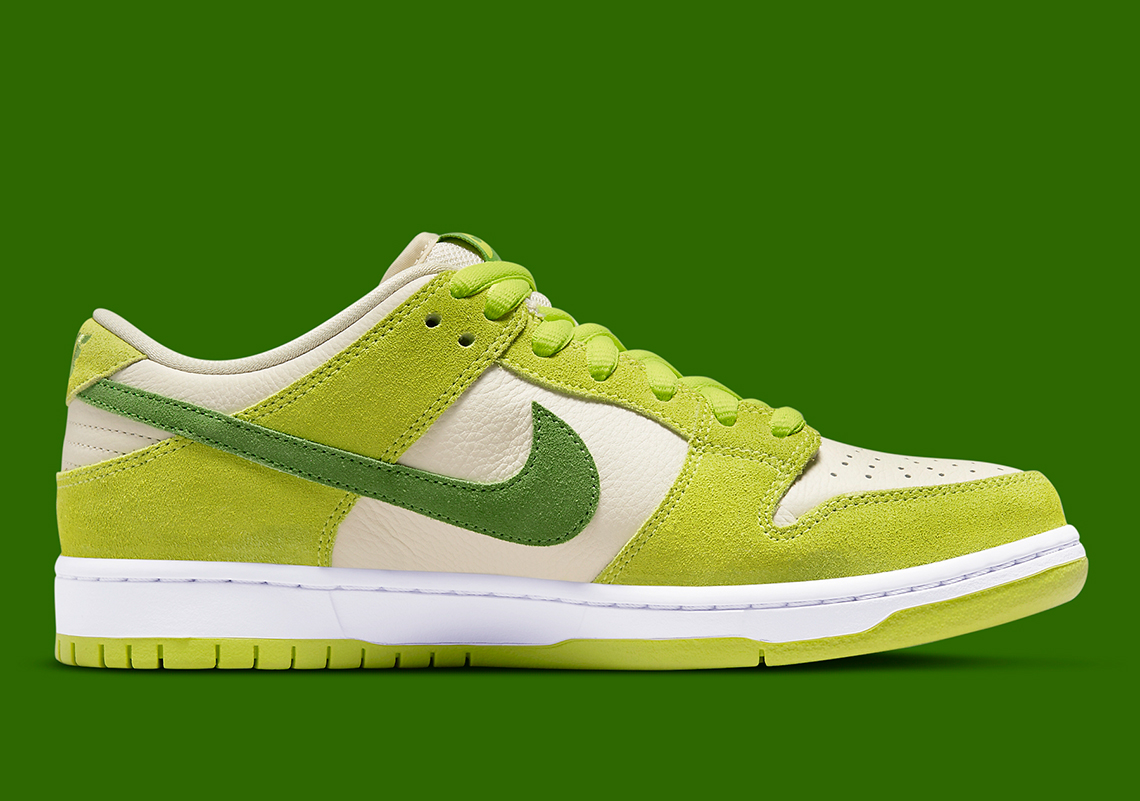 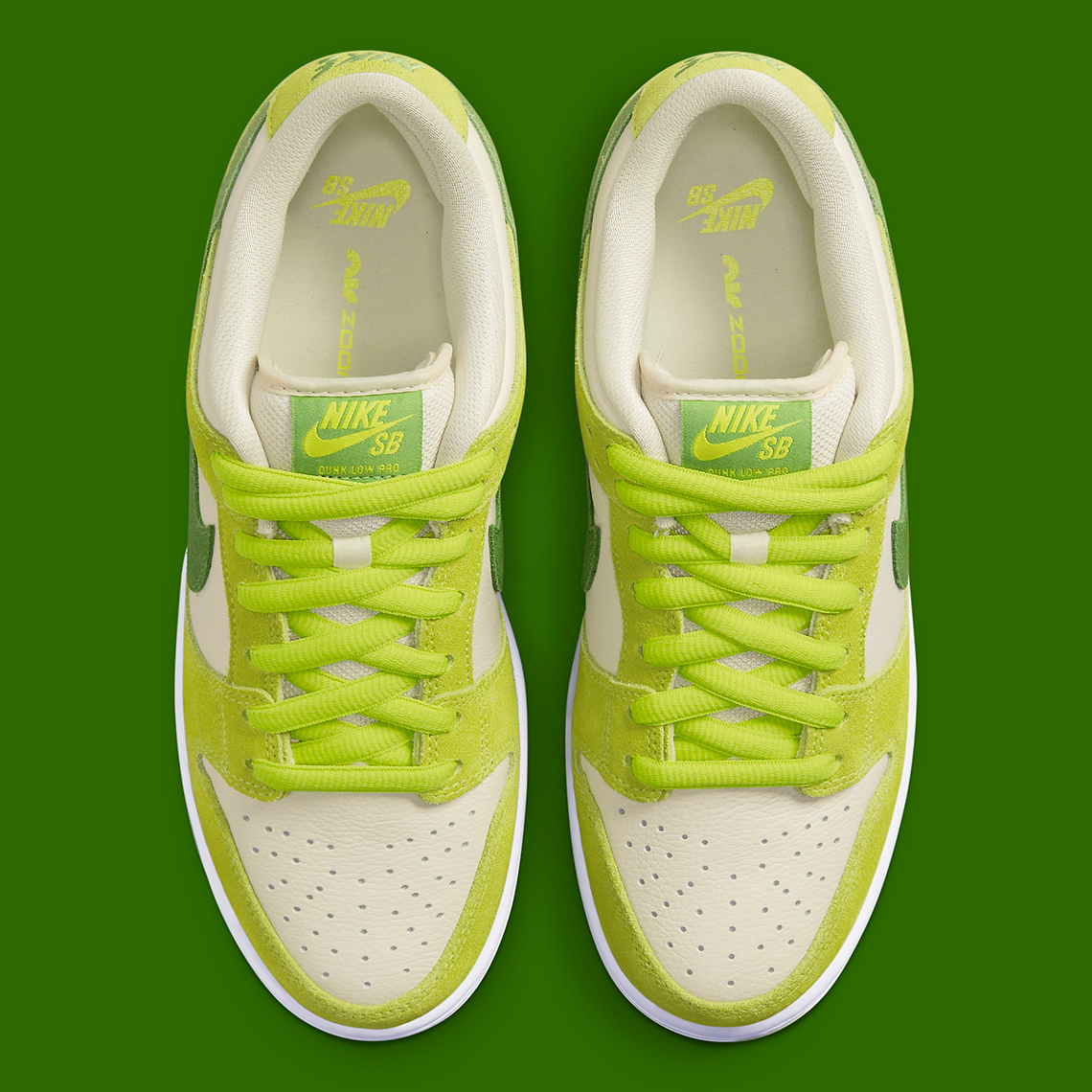 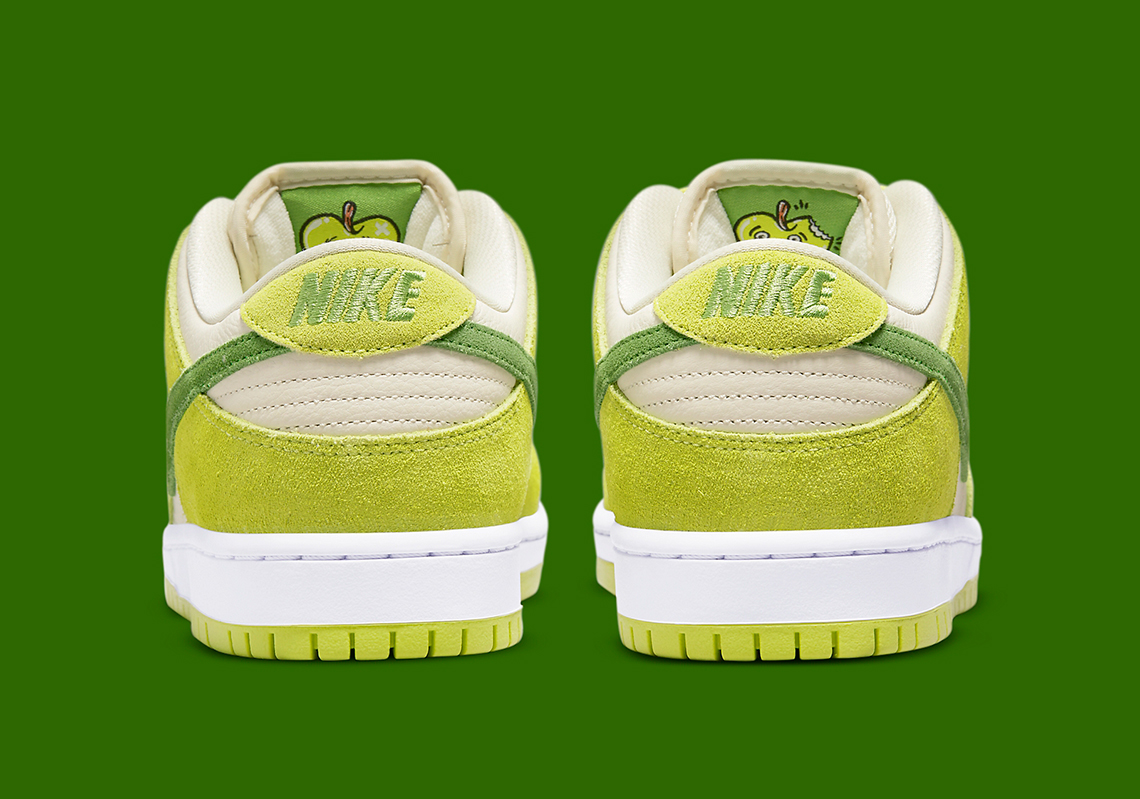 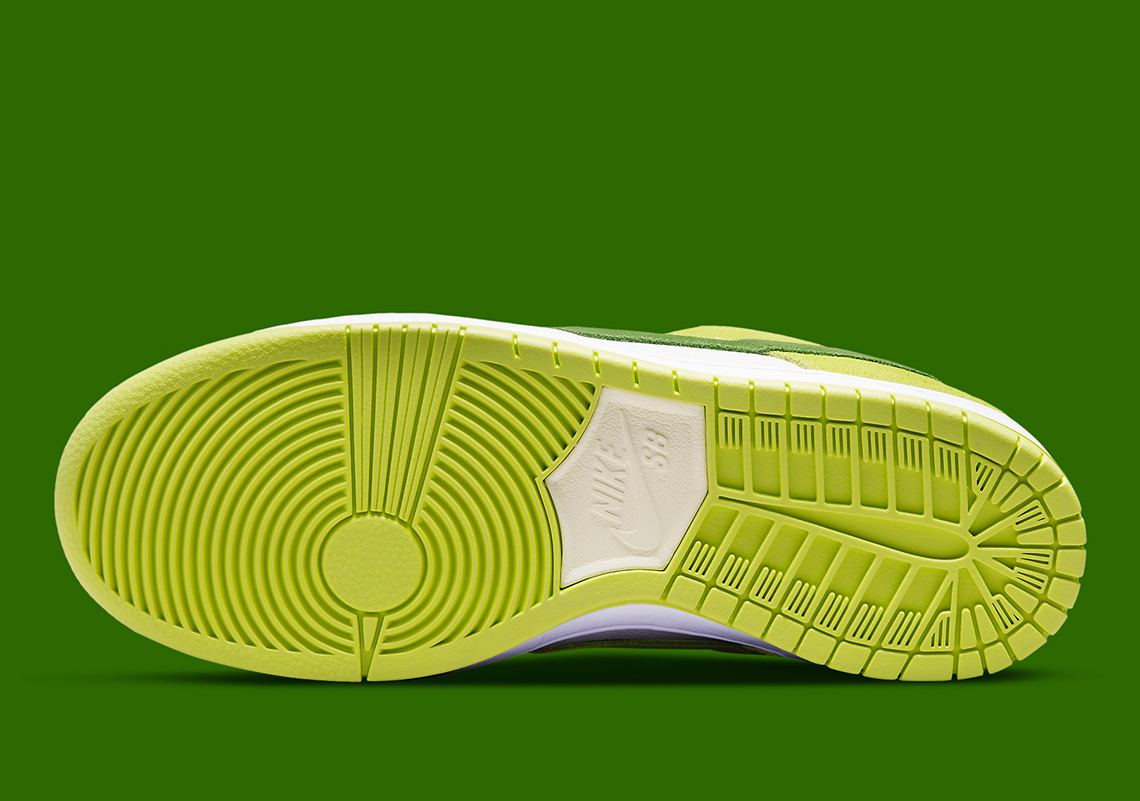 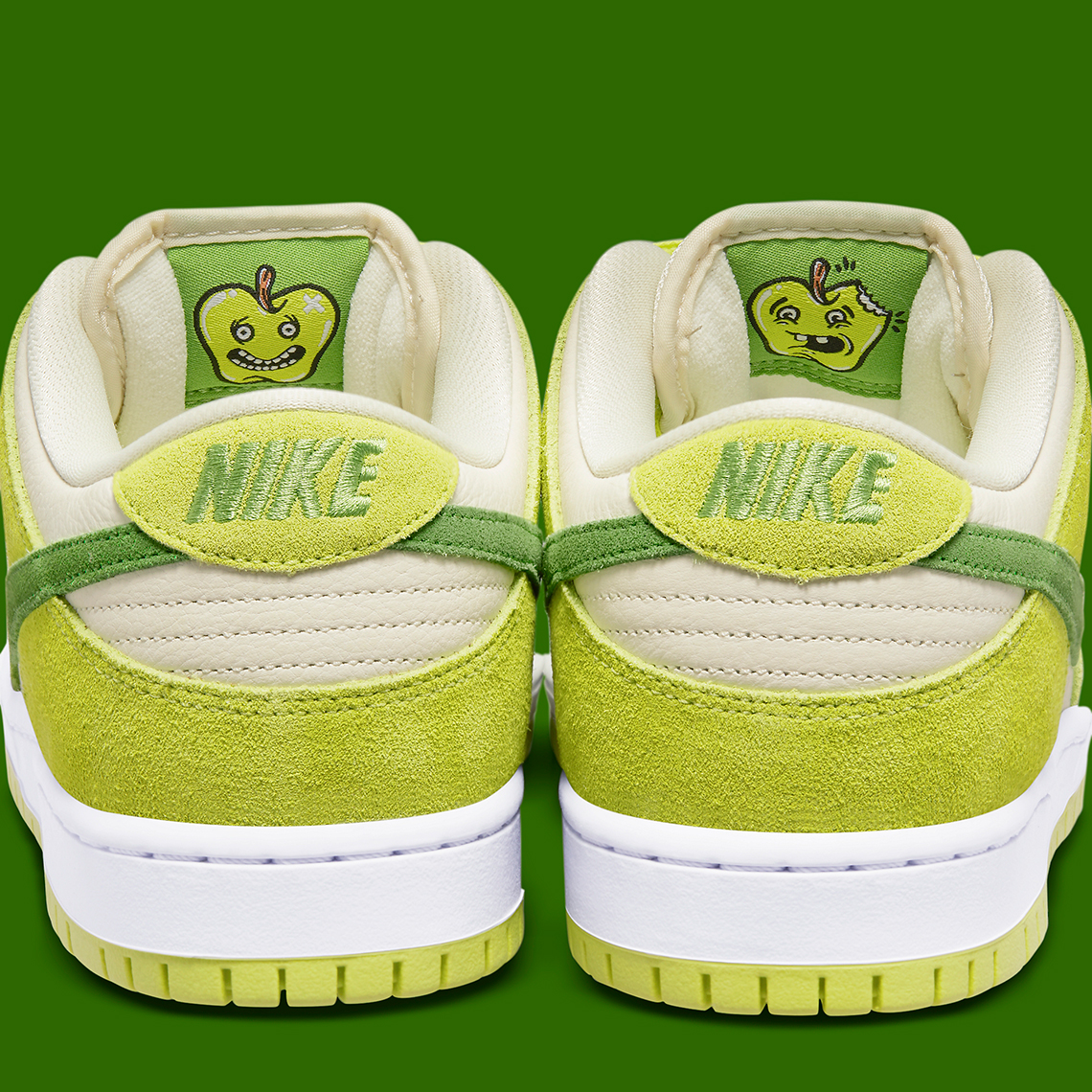 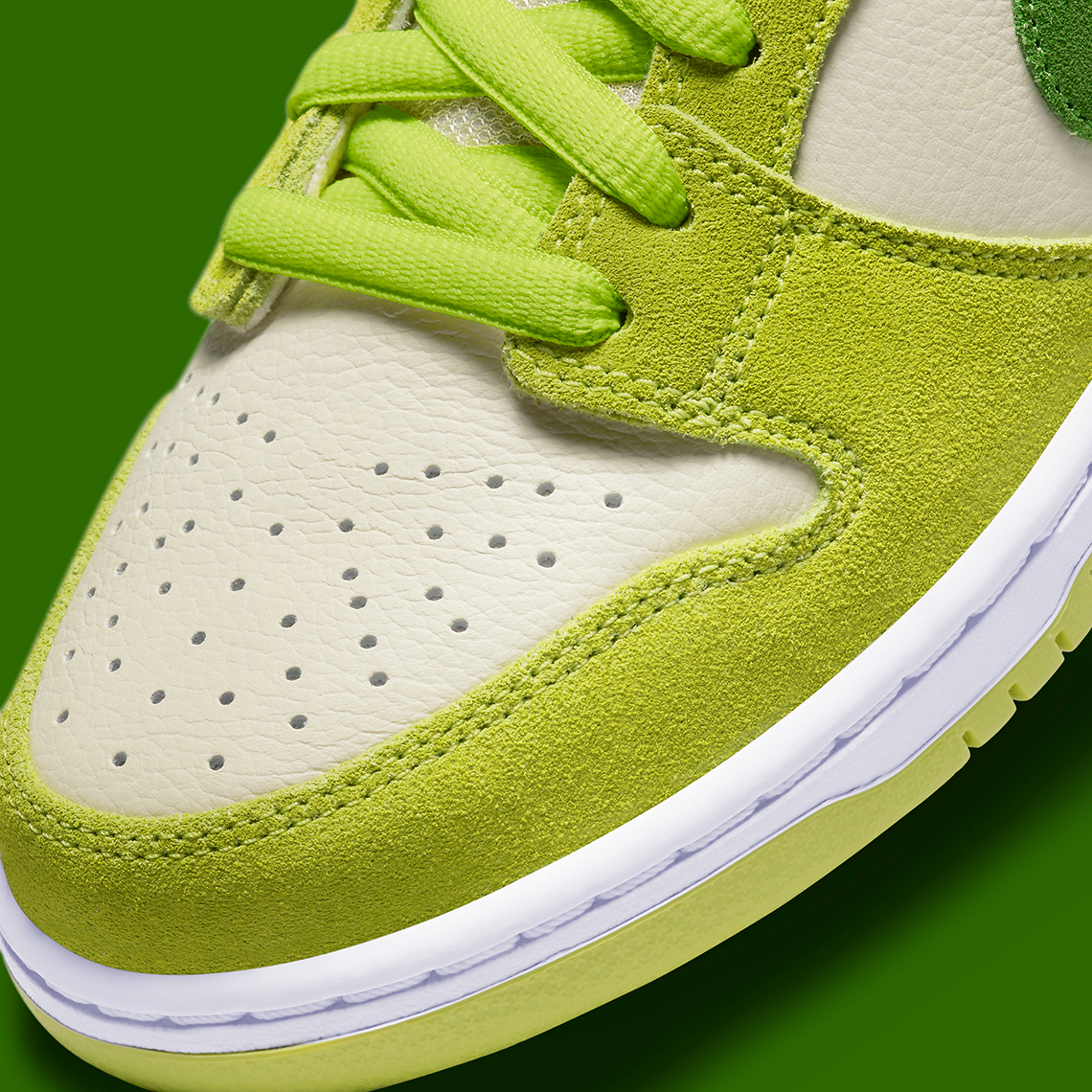 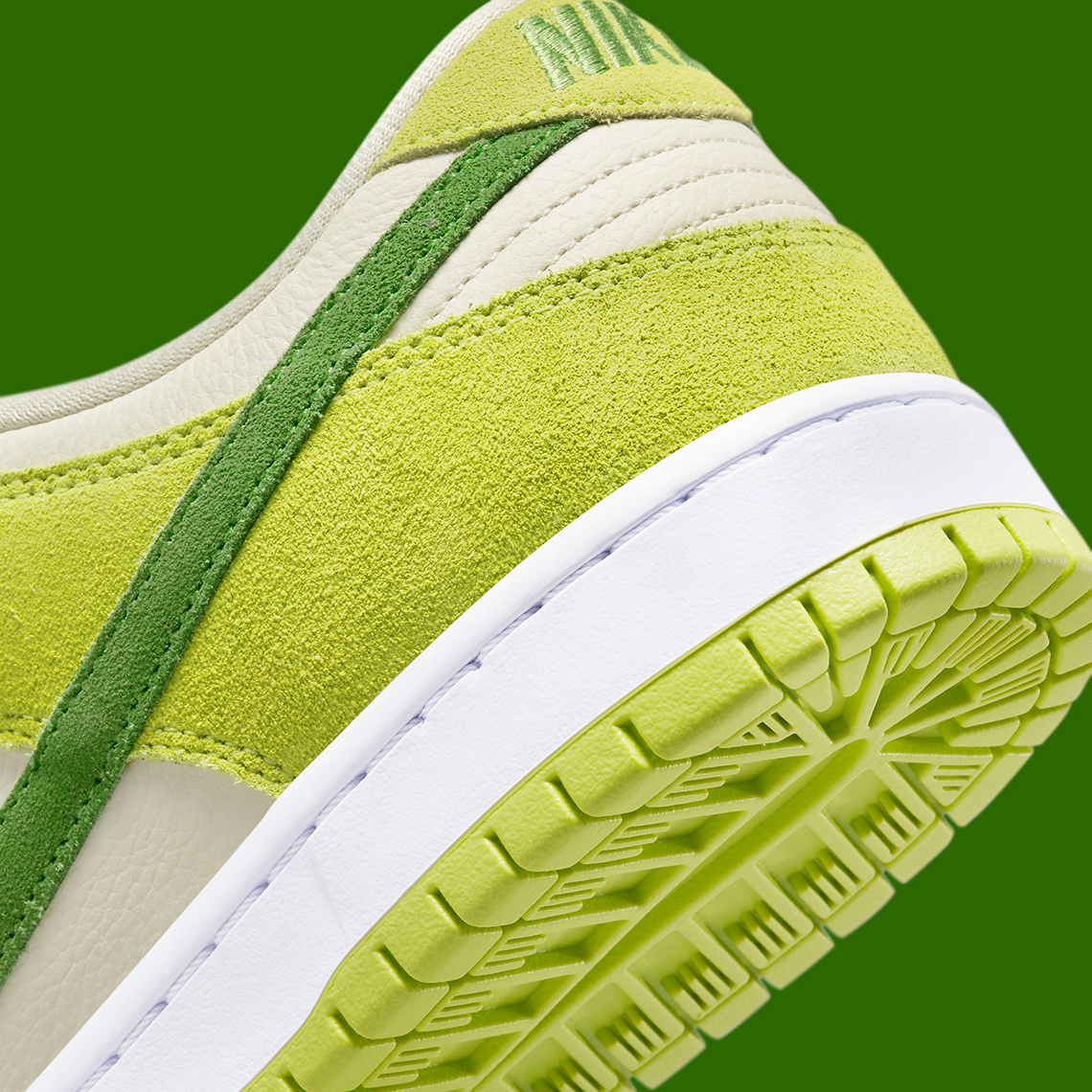