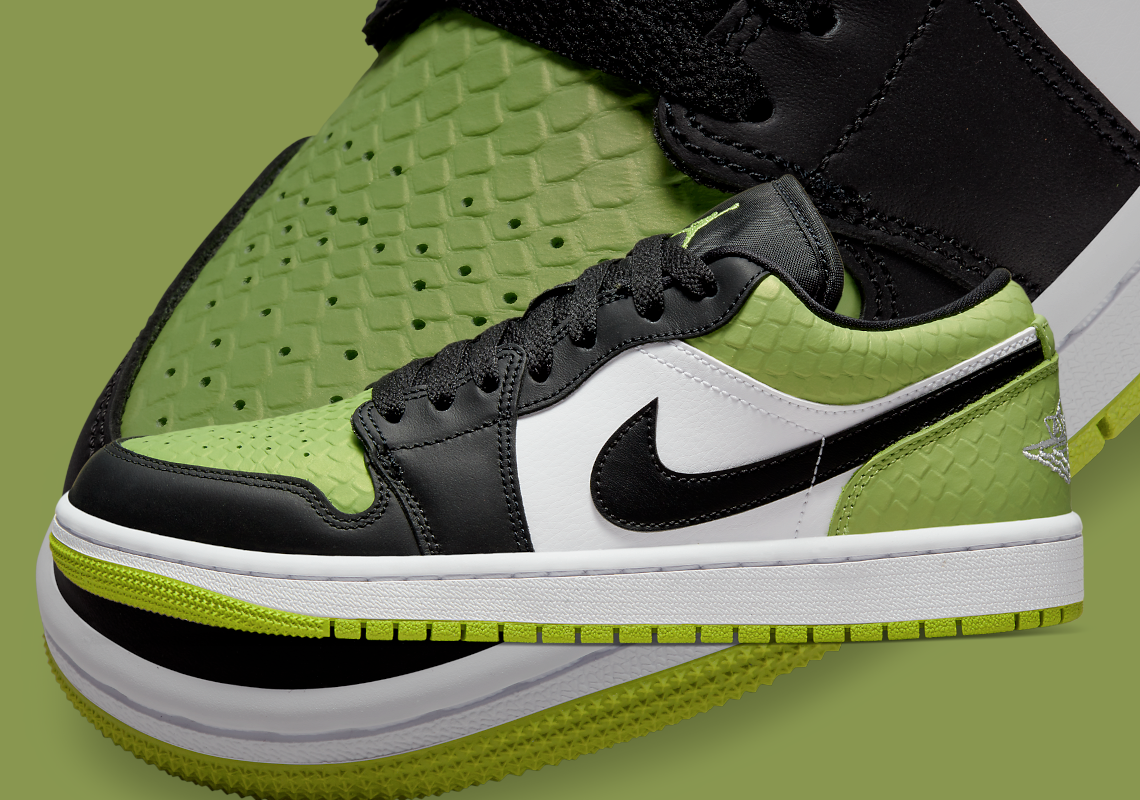 Akin to the Air Jordan 1‘s debut “Black Toe” color-blocking, the upcoming low-top features “Black”-colored overlays around the forefoot and along the tongue. Scale-like textures appear on the toe box, collar and heel, with mid-foot panels opting for a heritage-inspired smooth, “colorless” arrangement that allows for “Vivid Green” flair animating snakeskin textures to revel that much more in the spotlight. Profile swooshes keep things simple, while Jumpman logos on the top of the tongue opt for the Jordan 1 Low‘s titular hue, as does the Nike Dunk-reminiscent tread underfoot.

Enjoy official images of the pair, and anticipate the retro to hit Nike SNKRS before April ends. 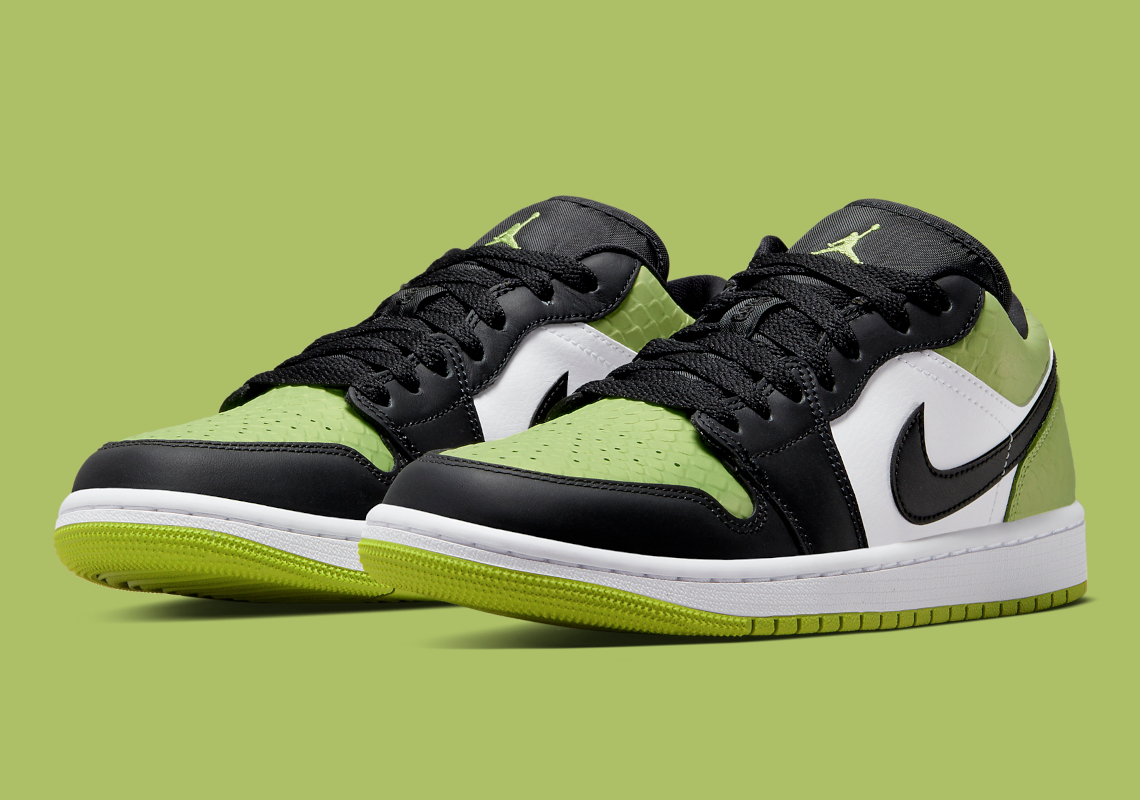 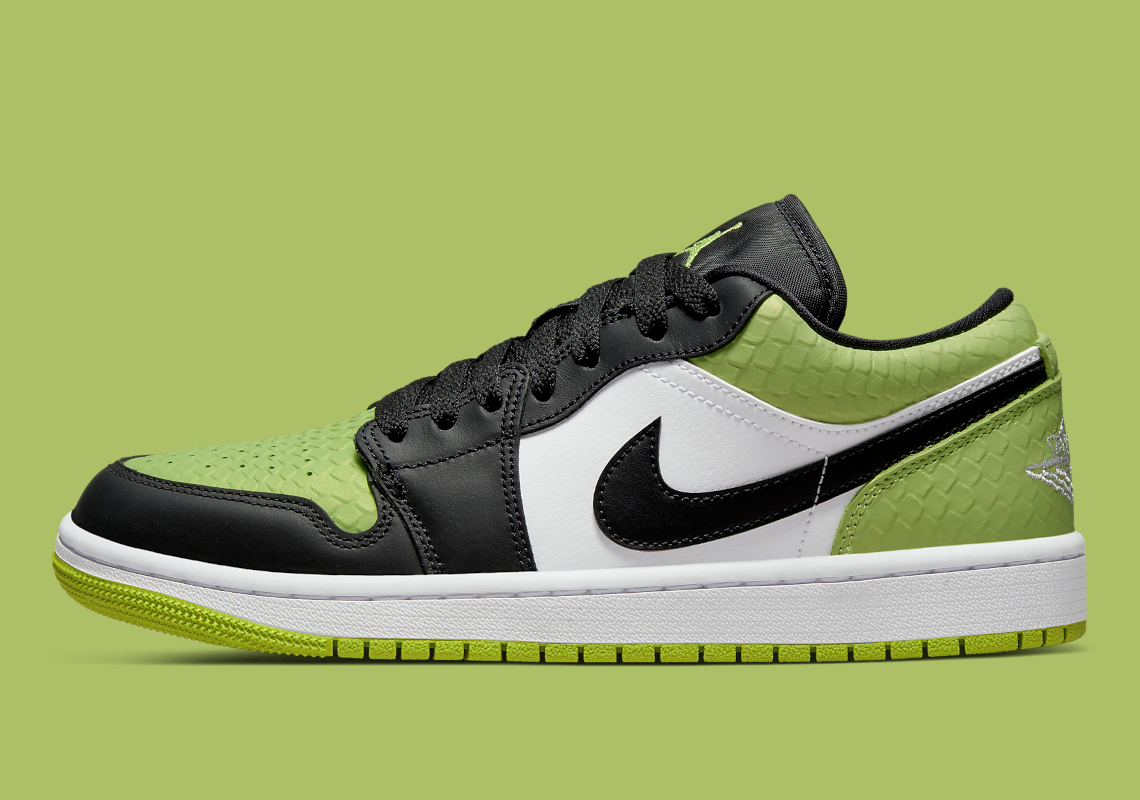 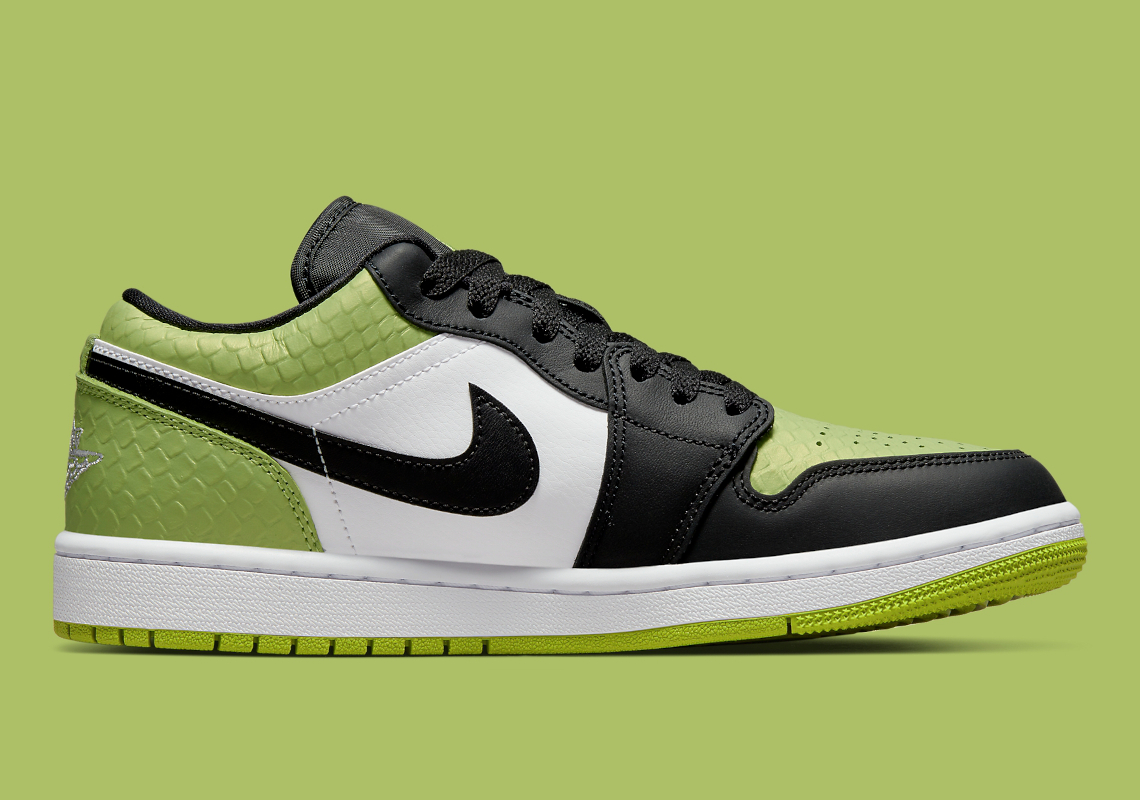 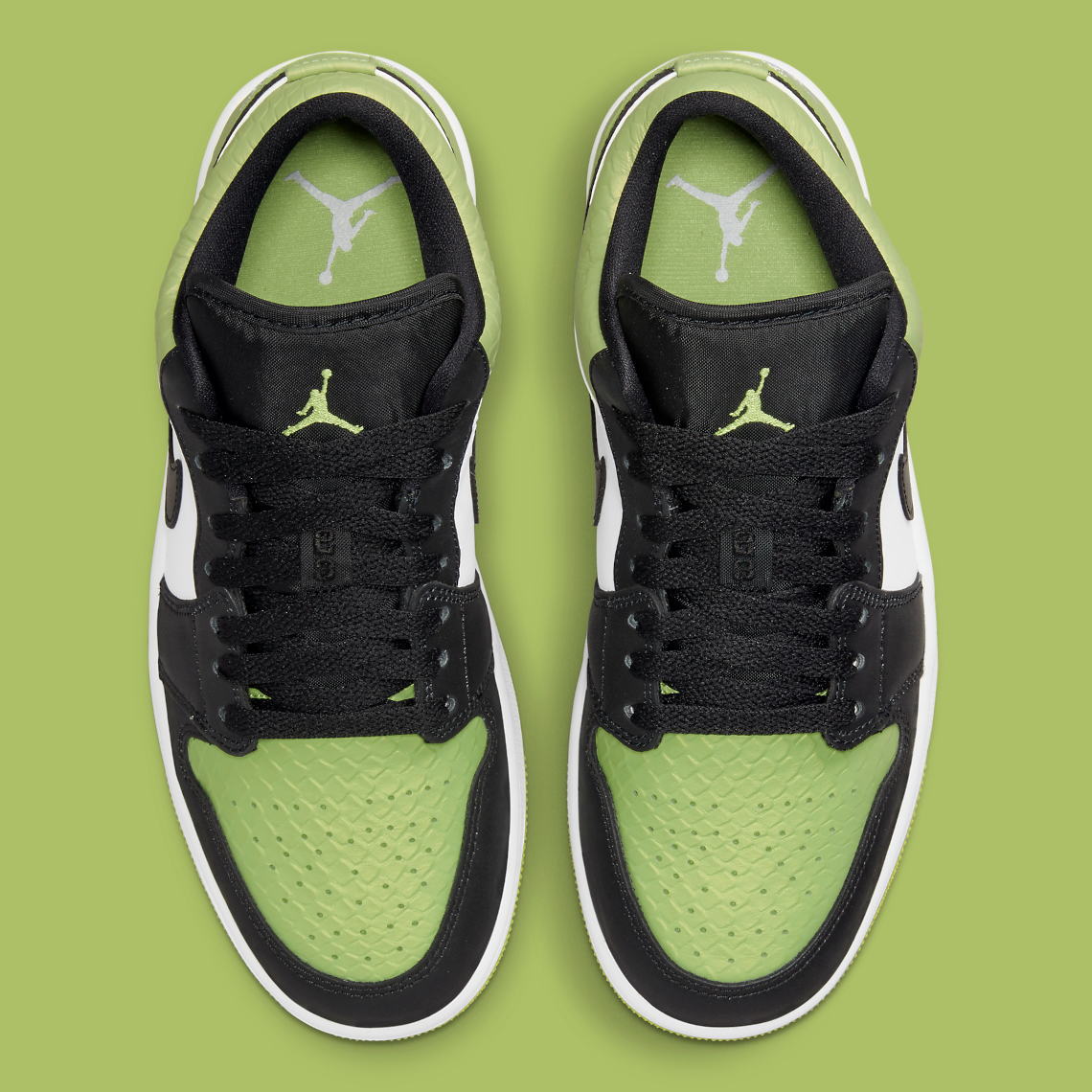 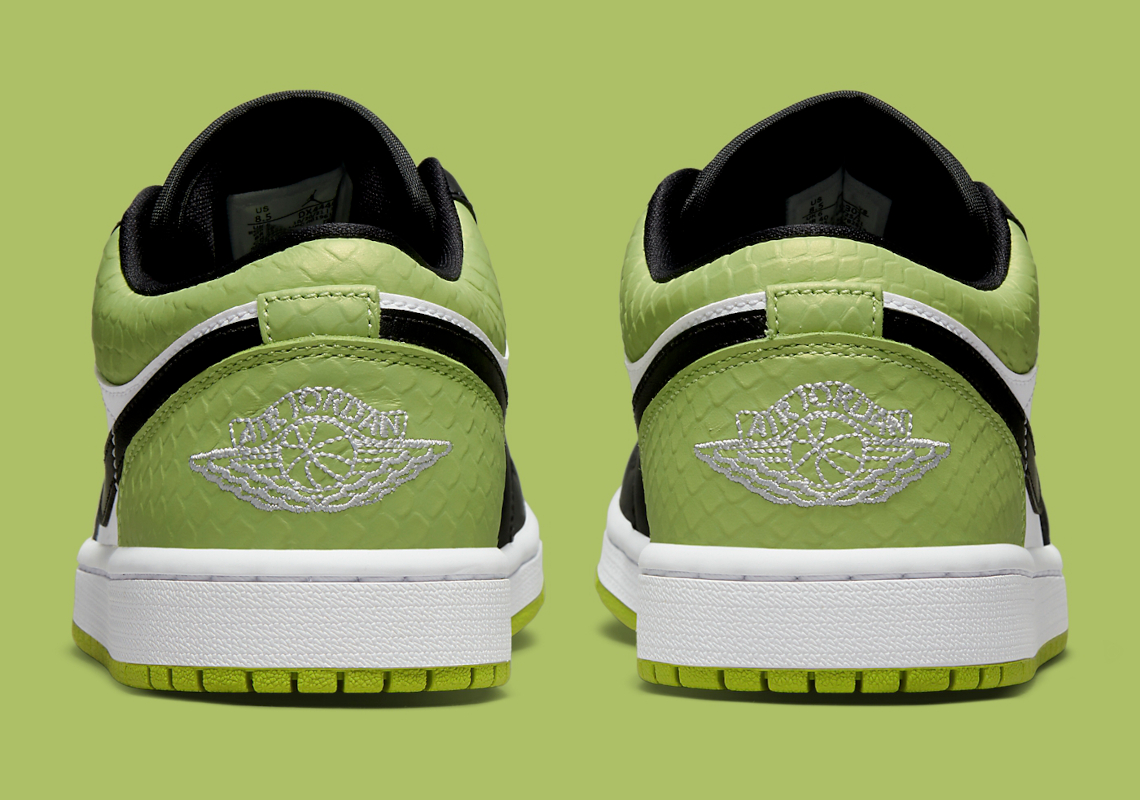 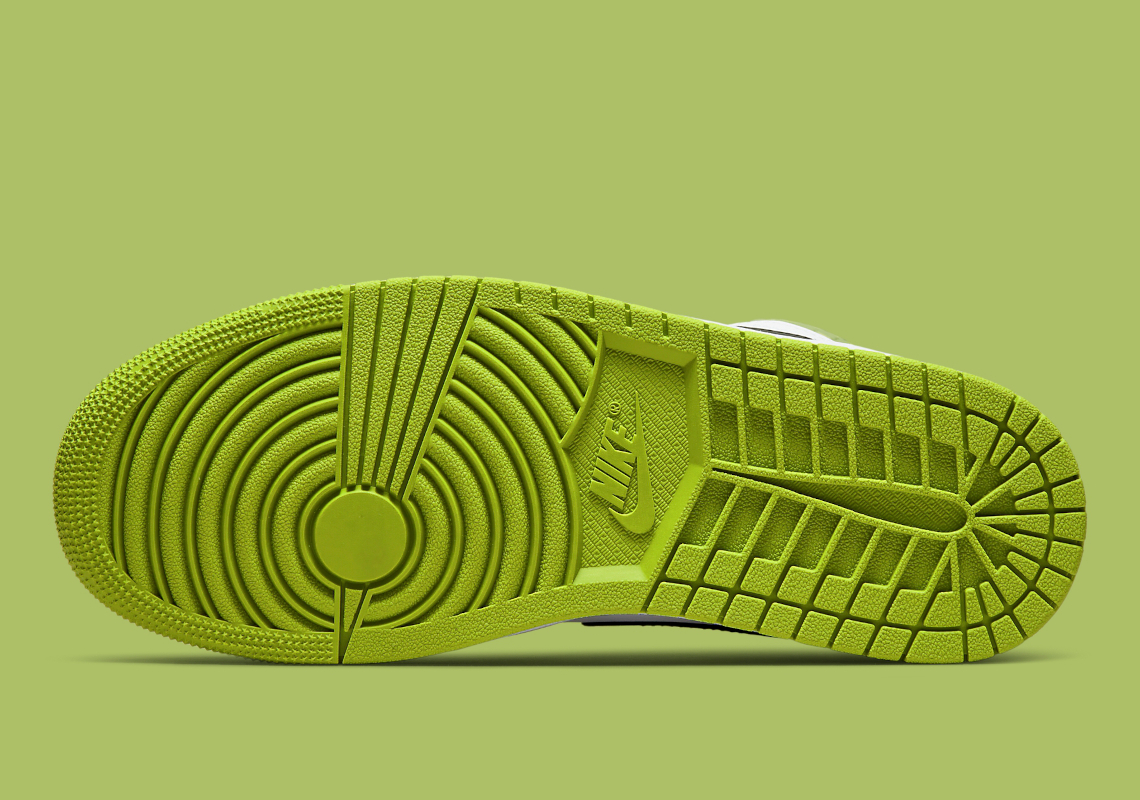 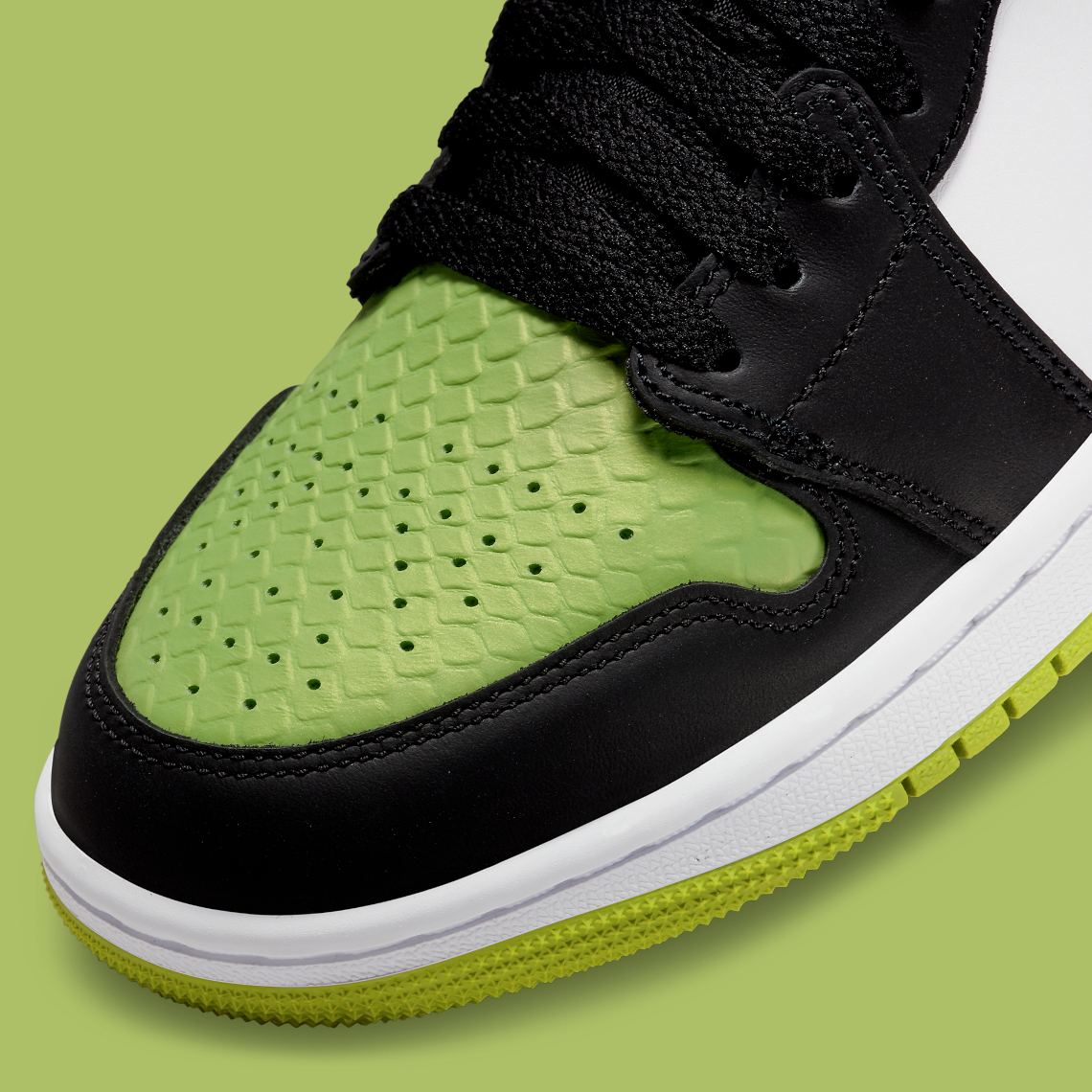 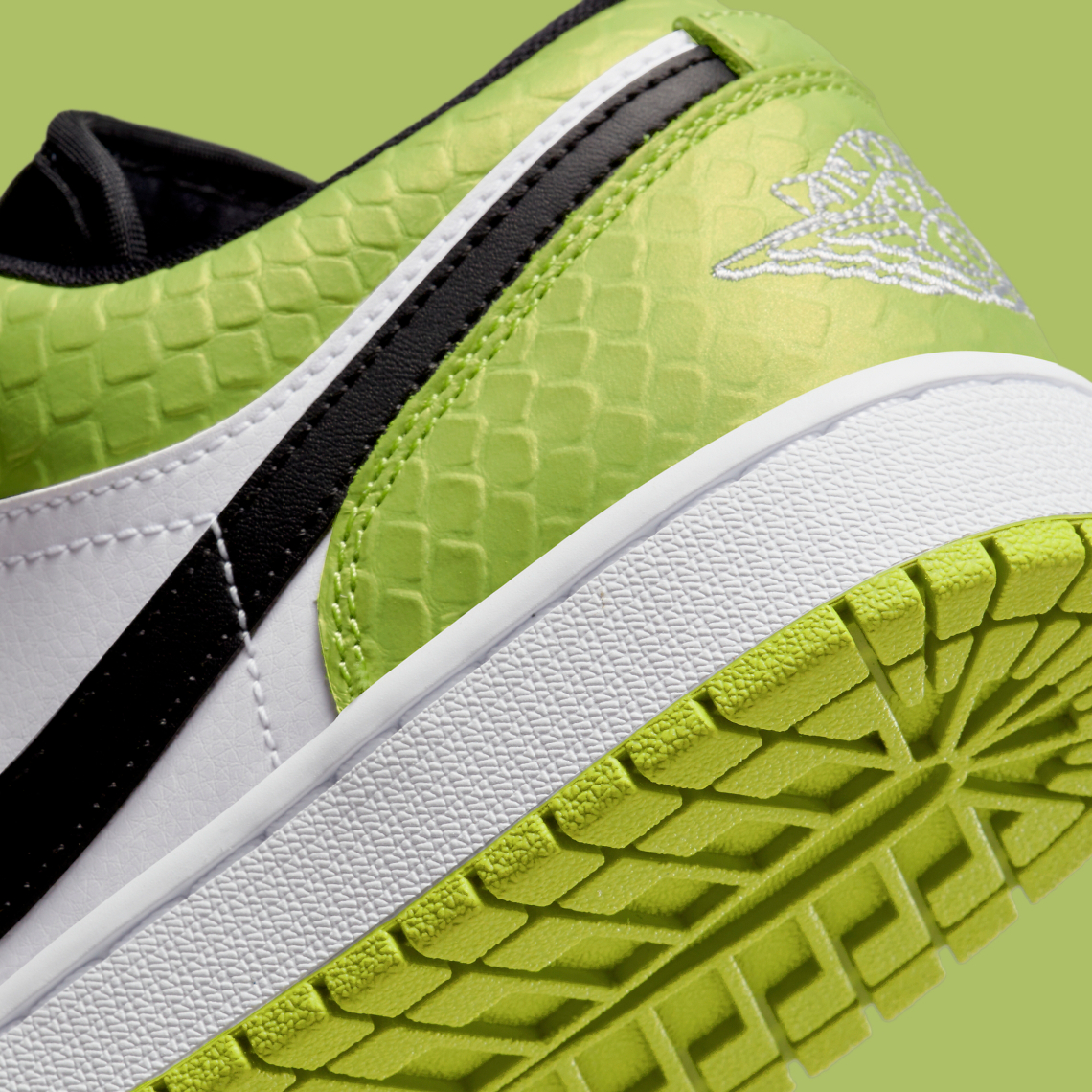