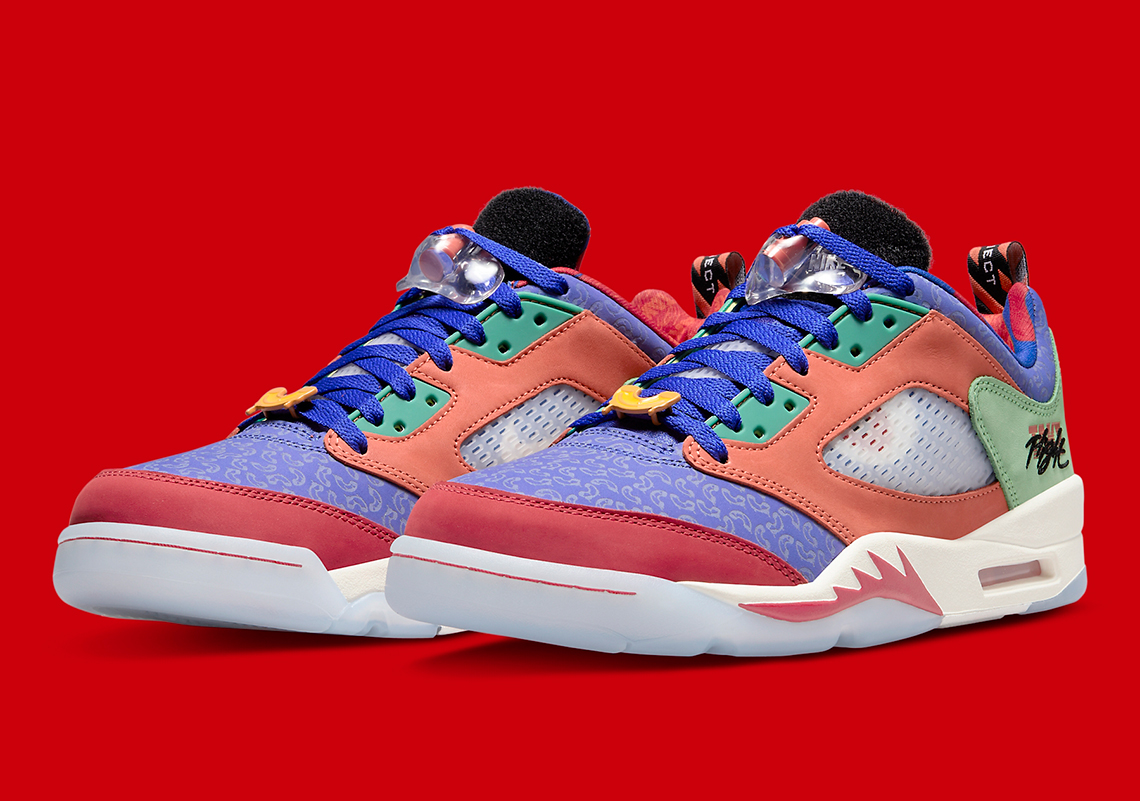 2022 marks the long-awaited return of the Doernbecher Freestyle, whose 17th iteration casts seven new patients from the ever-talented OHSU Doernbecher Children’s Hospital. And among the collection — which, following a number of charity auctions on eBay, is soon to see a wider retail release — Michael Wilson’s Air Jordan 5 Low is arguably the most exciting proposition.

Two months following his birth, Wilson was diagnosed with Krabbe Disease, a rare genetic condition that destroys the protective coating of nerve cells in both the brain and nervous system. And while often fatal, the young sneaker designer thankfully had his late older brother Marshall, whose prior experience with the disease signaled doctors to keep a watchful eye. “My brother helped save my life,” Wilson commented.

Ten years thereafter, Michael Wilson is as happy a kid as any, with love for everything from airplanes to mac ‘n’ cheese. And by way of his Air Jordan 5 Low, all of these passions culminate into one colorful, reference-packed colorway. “Take Flight,” for starters, adorns the shoe, nodding to one of Wilson’s mottos. What’s more, macaroni informs the dubrae and pattern-covered toe; a shark is printed onto the tongue label; and eyes sit behind the silhouette’s netting, turning the AJ5 into a vibrant fighter jet.

For now, as we await a retail release later this Spring, take an official look at the Air Jordan 5 Low “Doernbecher” below. 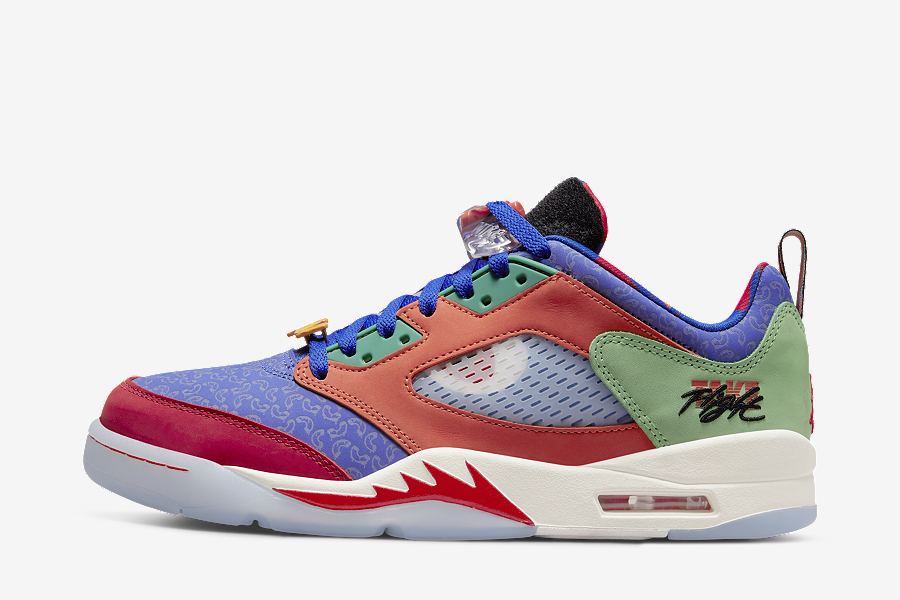 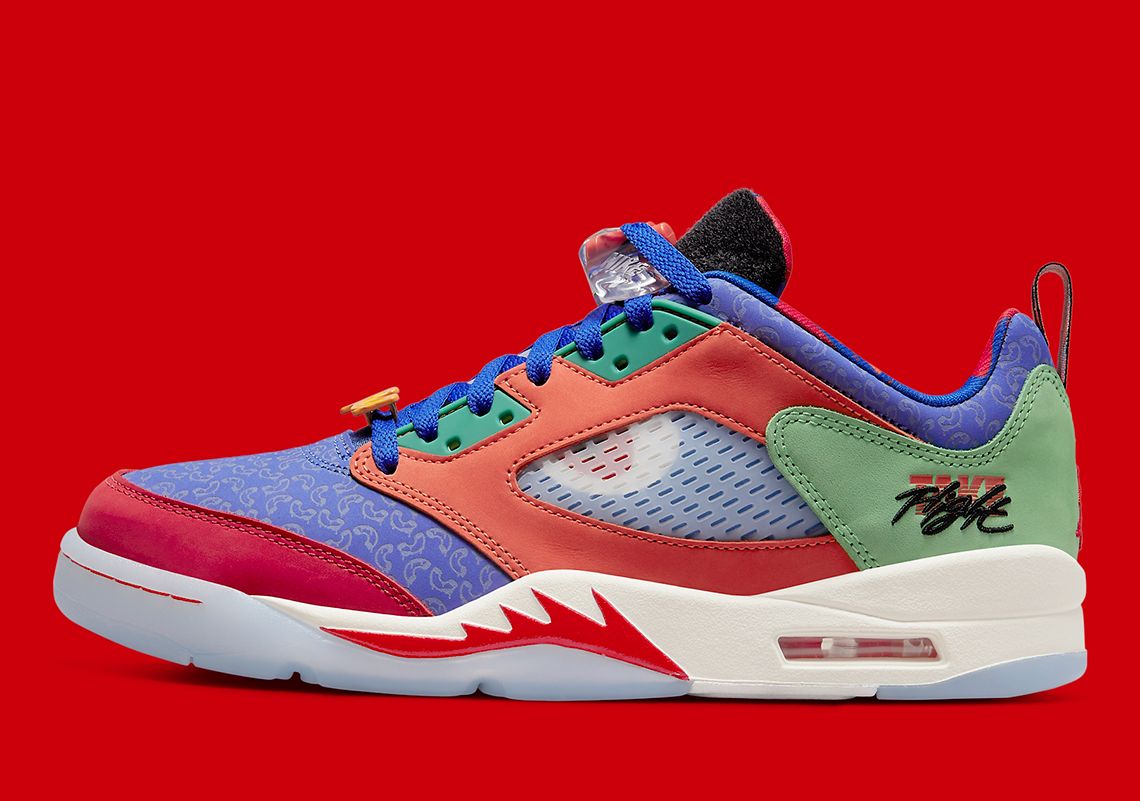 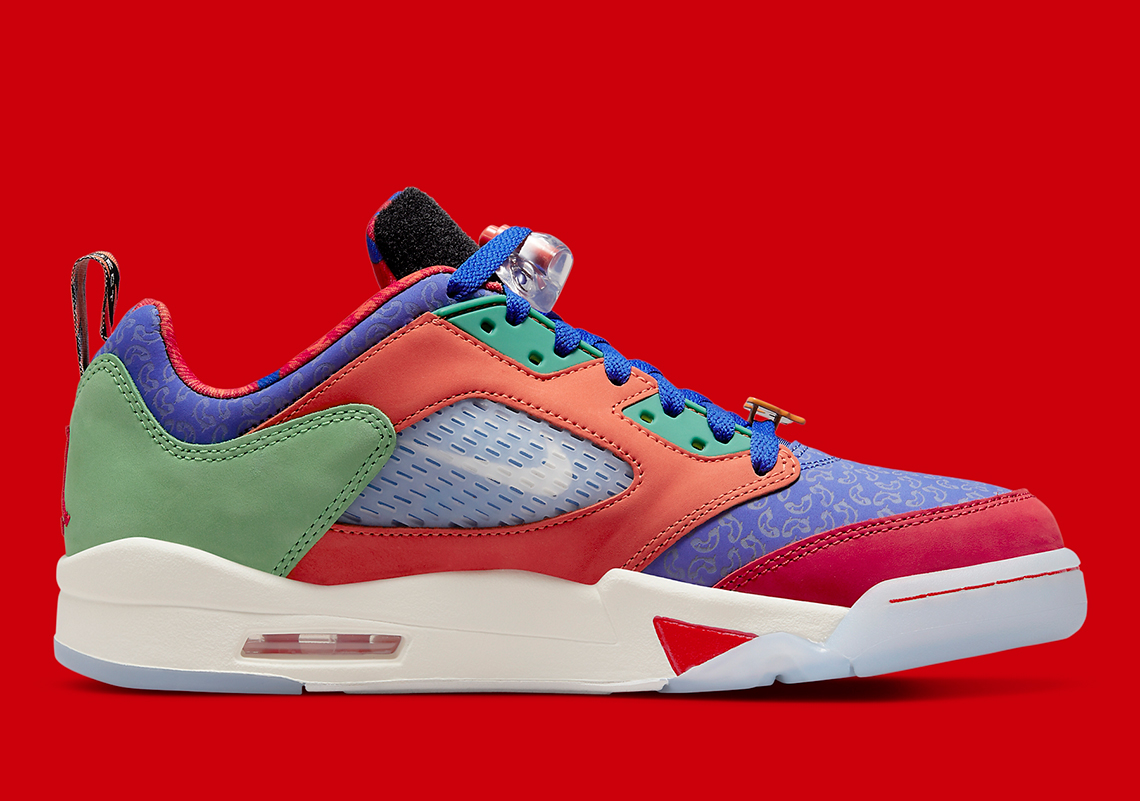 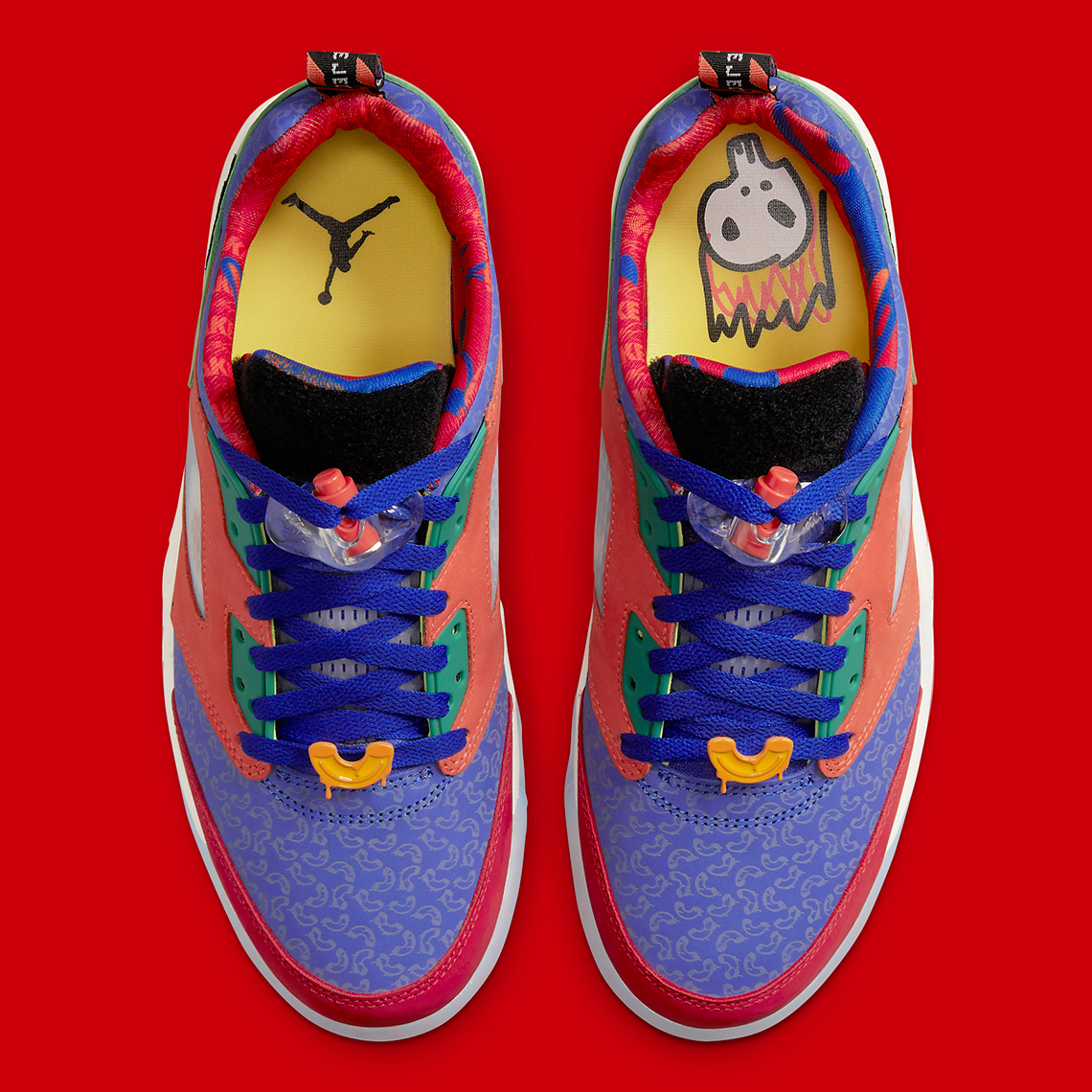 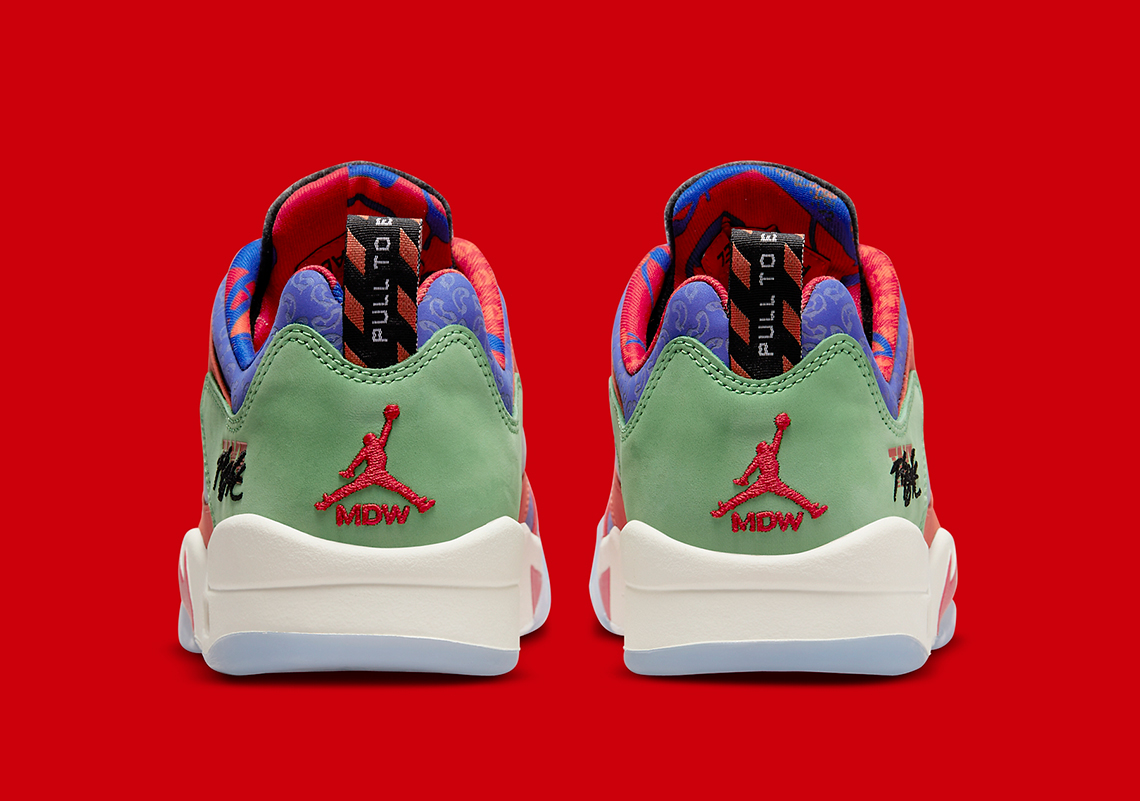 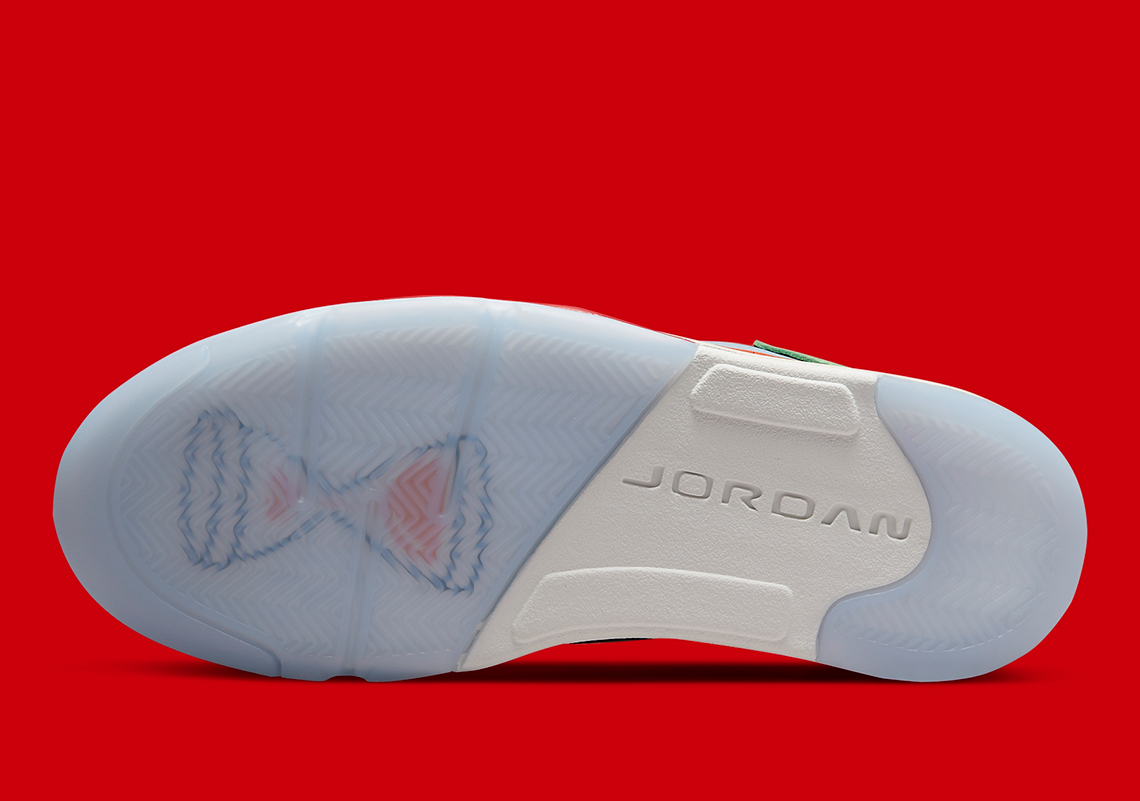 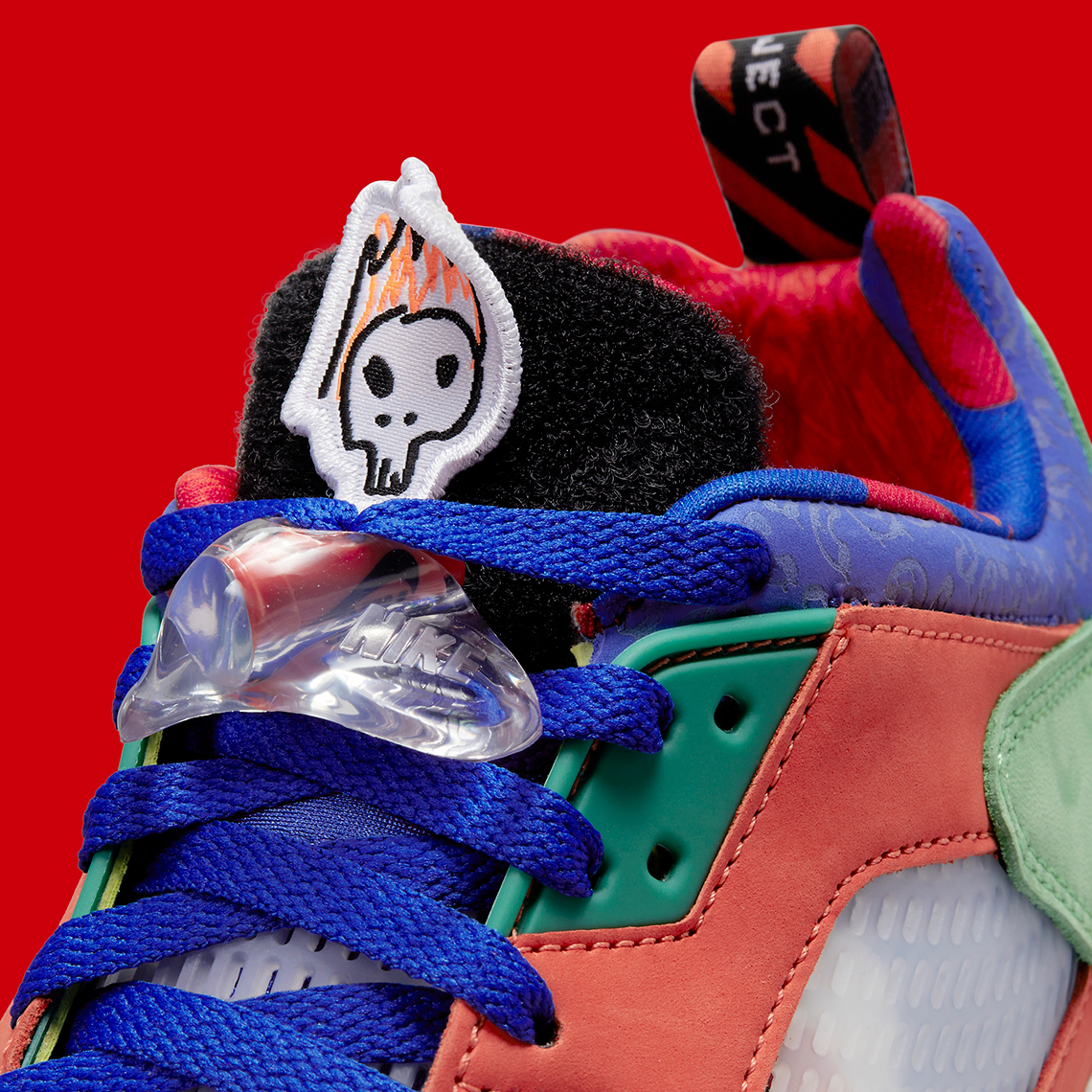 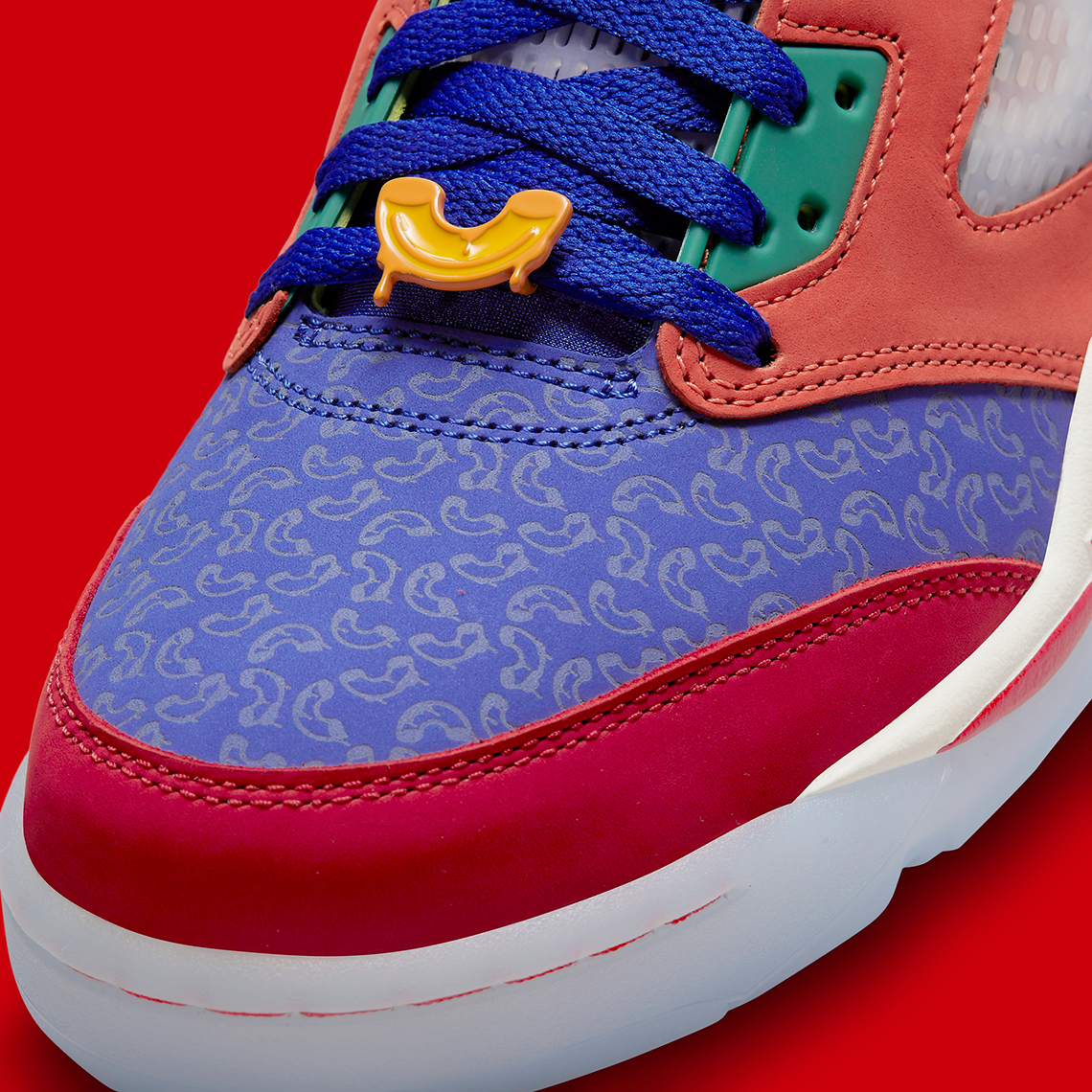 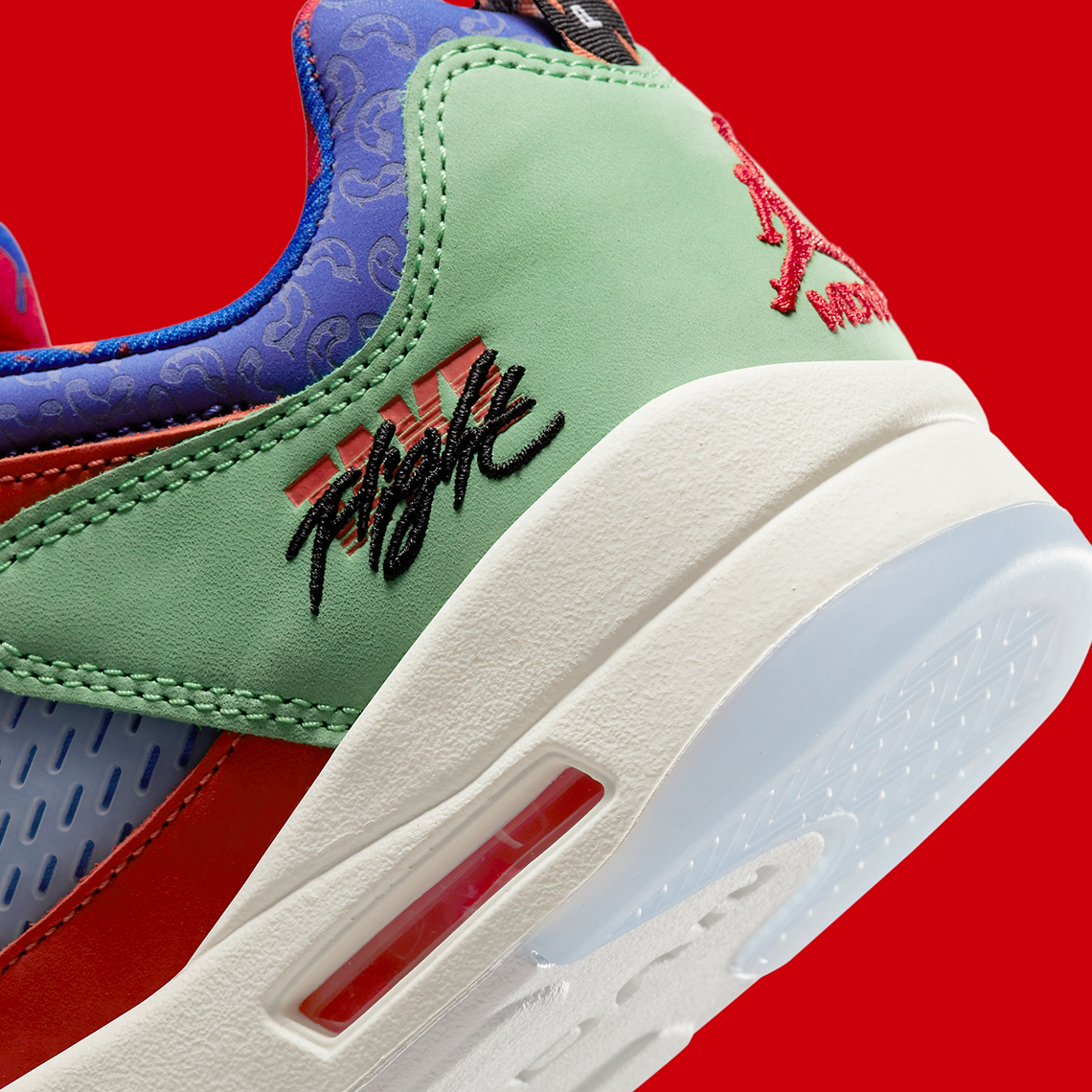 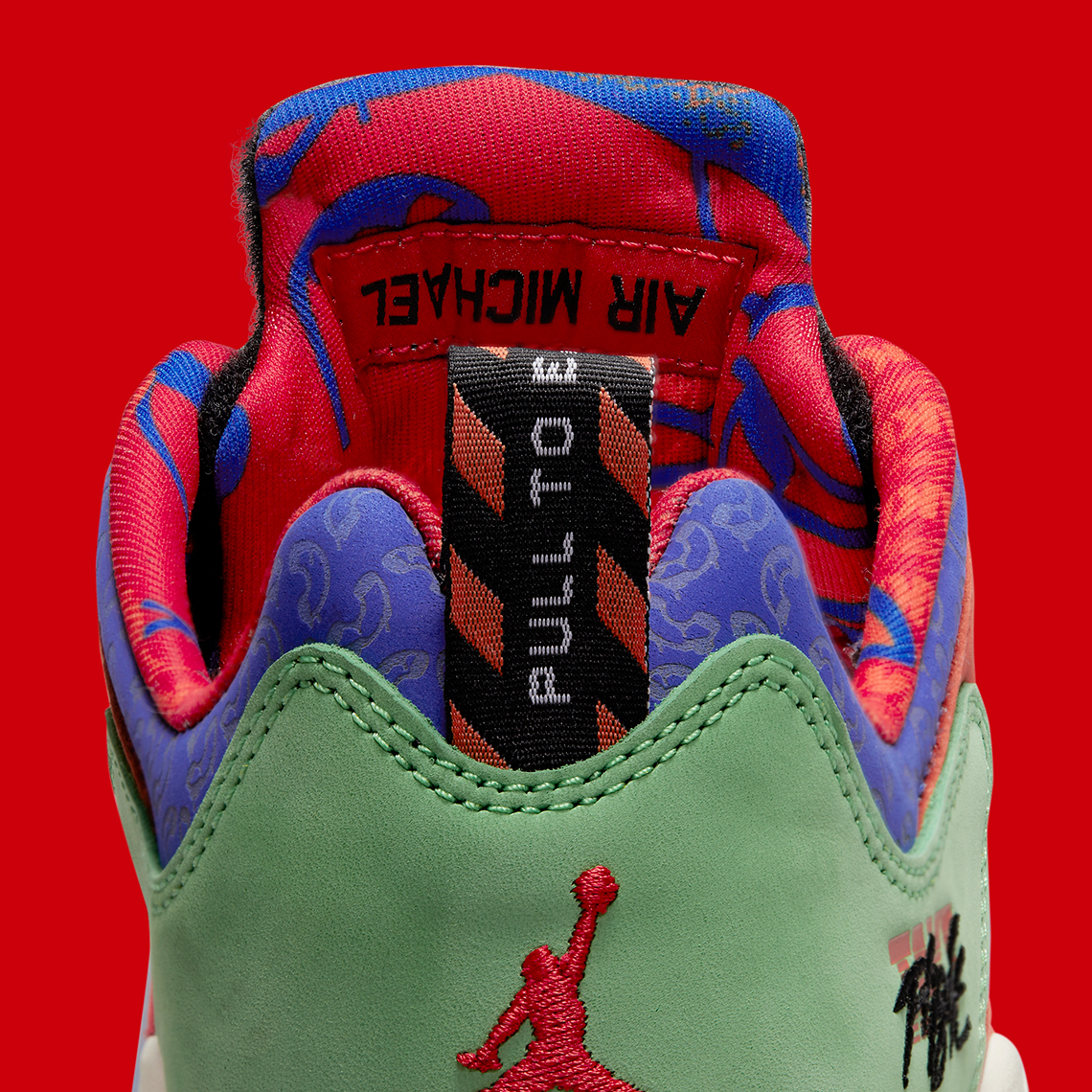 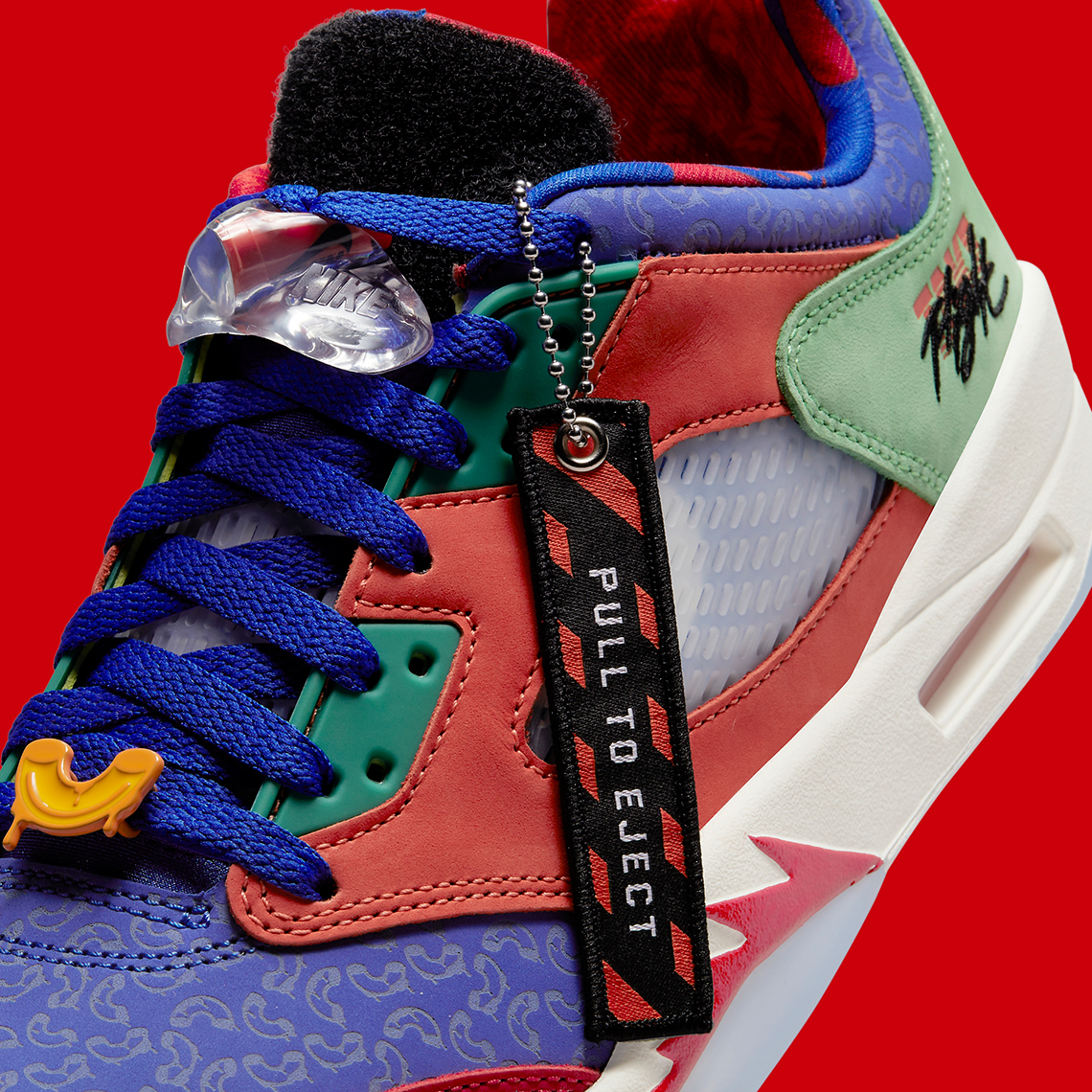 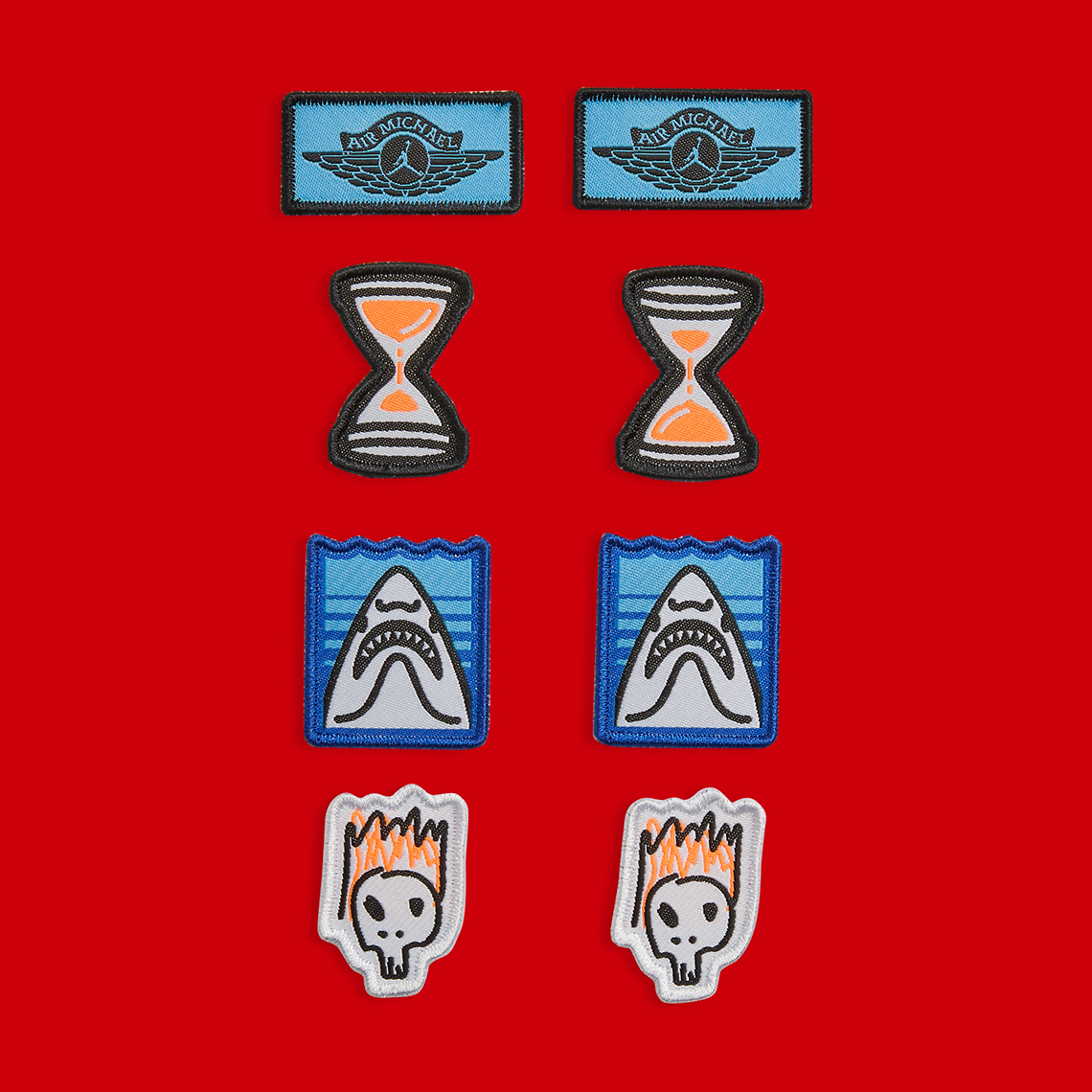