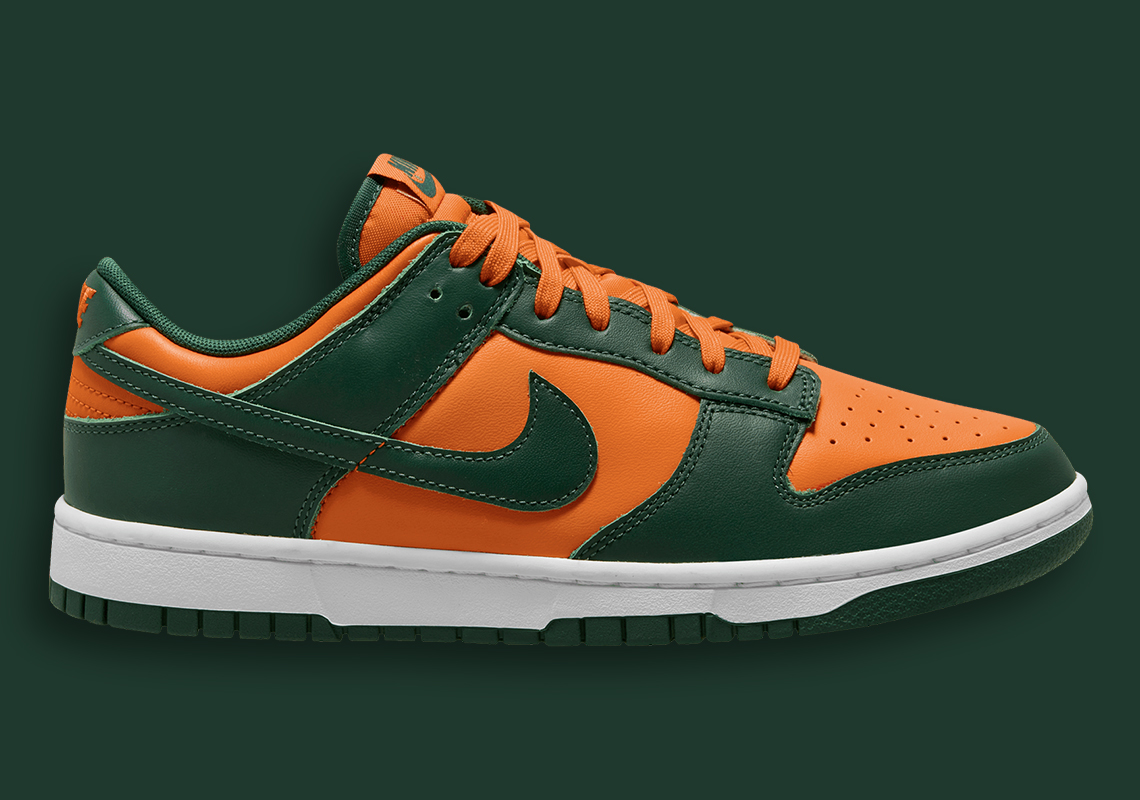 Spring-boarding off the original “Be True” collection from the mid-1980s, Nike is prepped and poised to release the Dunk Low in a series of college-inspired colorways. UCLA, USC, and Arizona State are just a taste off the storied collegiate athletic programs that are appearing on the popular silhouette, and this “2.0” set now welcomes one of the most iconic of all-time — the Miami Hurricanes.

For decades, Miami has been in the ranks of influential sports teams, going beyond athletics and into sports lifestyle. Green and orange has been a fashion statement in its own right, and this perfect pairing – the quintessential representation of “The U” — now appears on the most sought-after and coveted sneakers on the market.

Currently, a release is expected in November, so stay tuned for official images and release updates. 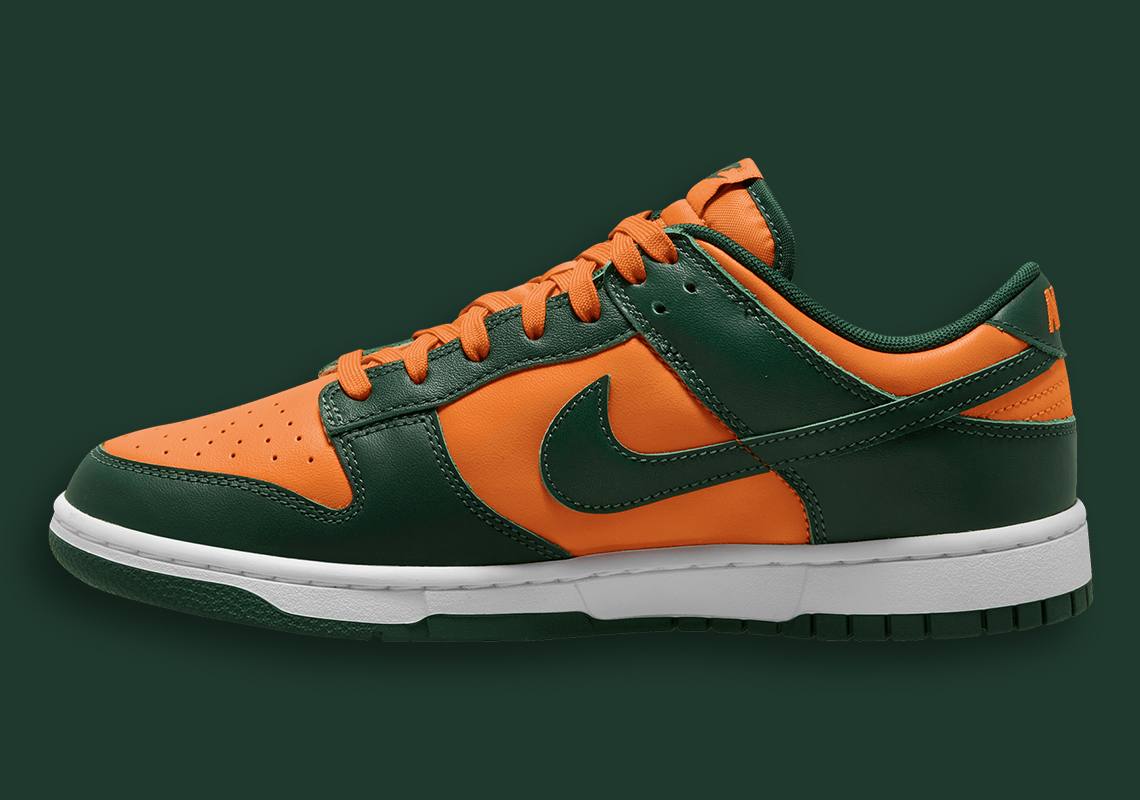 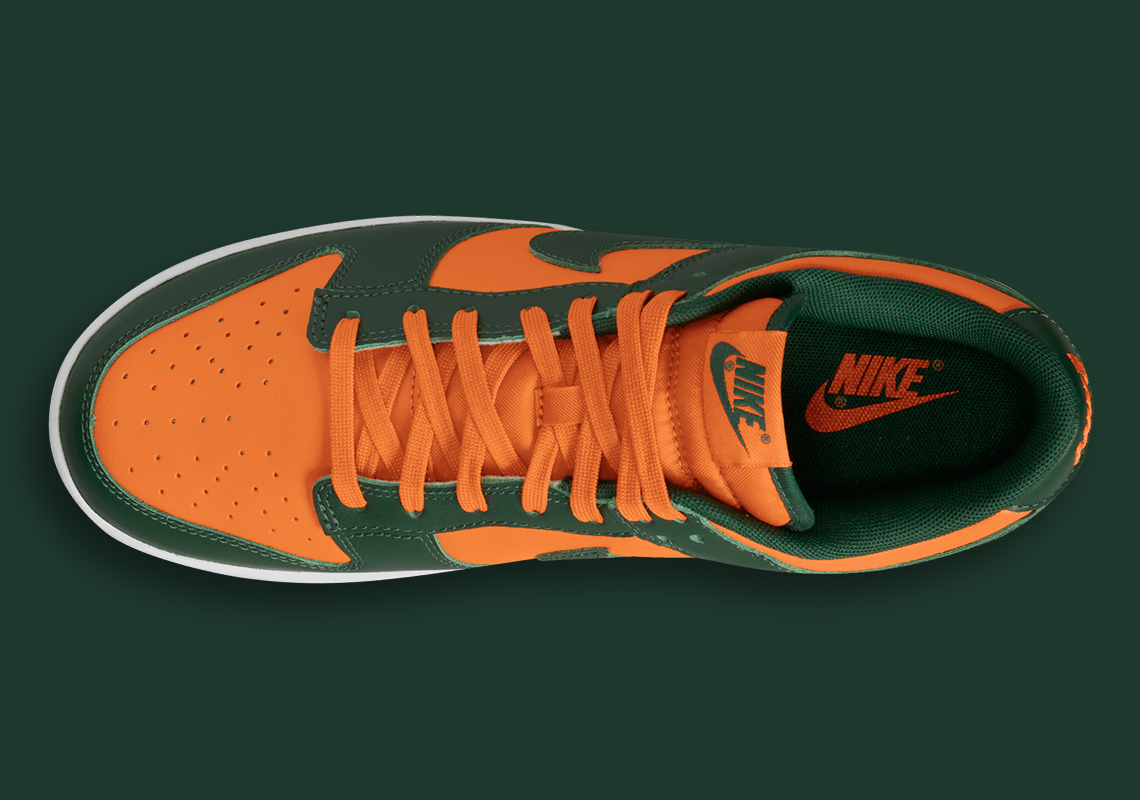 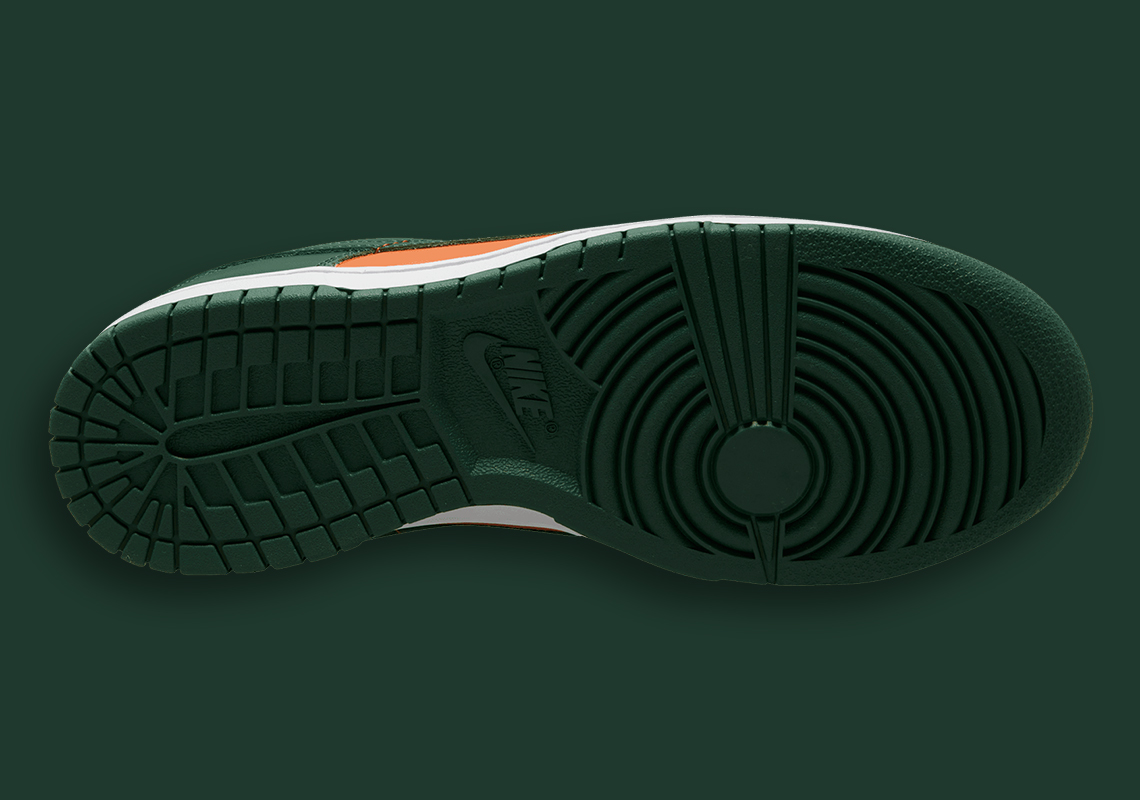