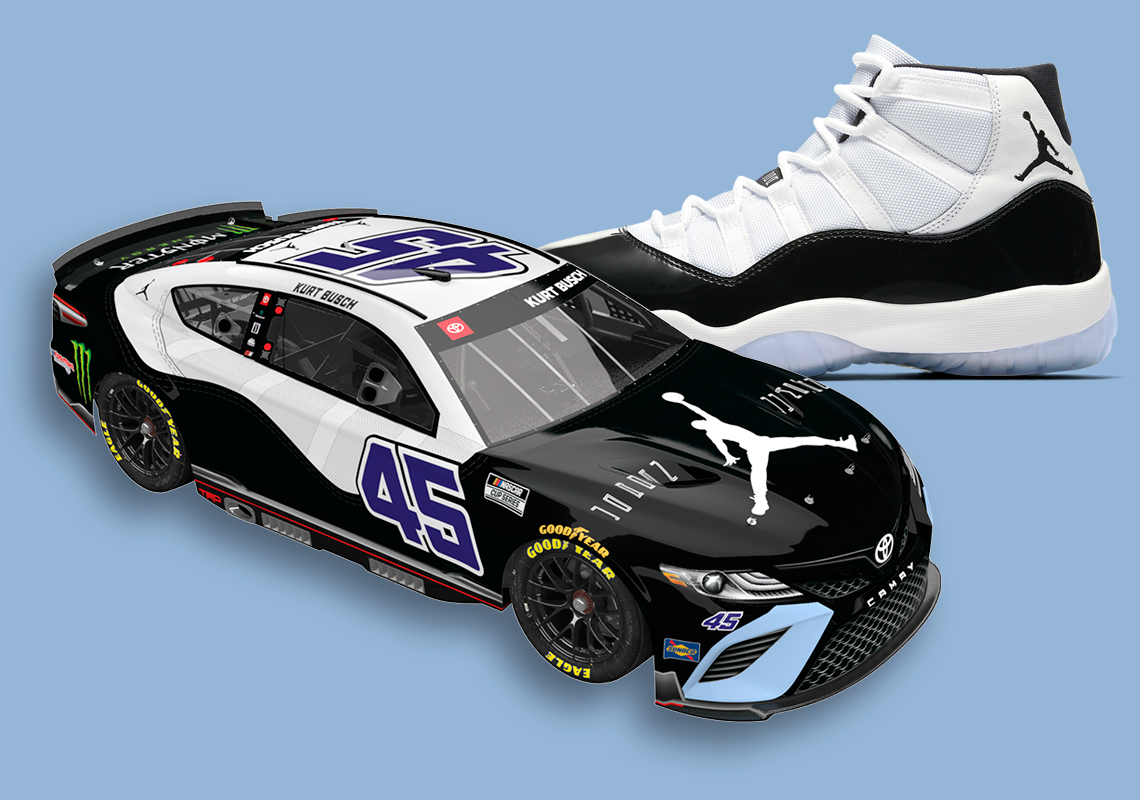 Kurt Busch hasn’t had the best NASCAR season this year, missing three of the last Cup Series races. And while the 44-year-old’s health remains a concern ahead of Sunday’s event in Richmond, Virginia, the 23XI Racing driver will have one thing to look forward to: the No. 45 Toyota Camry TRD inspired by the Air Jordan 11 “Concord.”

Busch’s last time on the track was in May when he won at the Kansas Speedway. While not discrediting the Las Vegas-native’s driving abilities, it’s important to note that the driver’s Toyota Camry TRD was skinned with an elephant print à la Air Jordan 3 for that race. As a Jordan Brand-endorsed athlete, Kurt Busch has had the privilege of bringing the Jumpman logo to the track, tapping into the heritage of winning of both Michael Jordan and Denny Hamlin, a past Daytona 500 winner and co-owner of 23XI Racing. The latest Air Jordan-inspired update to Busch’s livery makes absolute sense given the vehicle’s number 45, the digits Jordan wore after Game 1 of the 1995 Eastern Conference Semifinals and that appeared on the “Concord” release from 2018. Patent leather mudguards and durable ballistic nylon are “recreated” on the car, with purplish digits landing on the side and top of the car. Lastly, a white-colored Jumpman logo is stamped onto the hood.

Enjoy an official look at the car Kurt Busch is set to drive on Sunday, August 14th, at the Richmond Raceway.

For more from the Jumpman family, check out the latest Air Jordan 37 news. 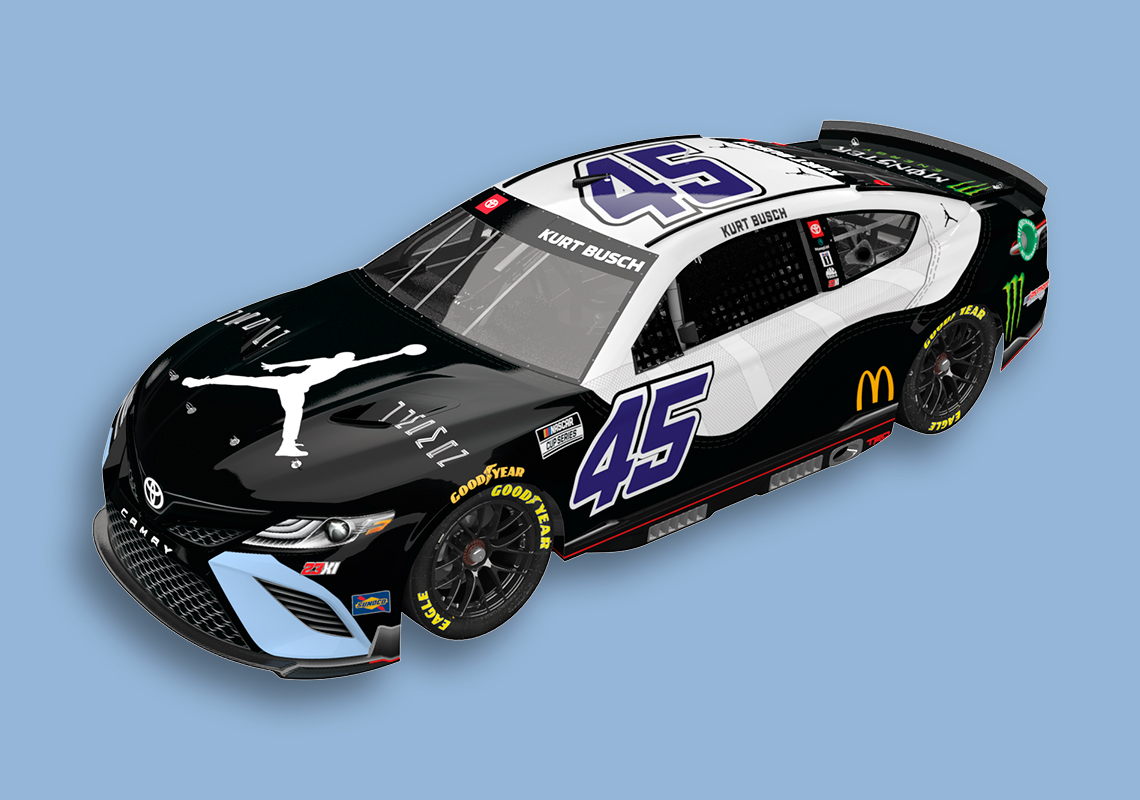 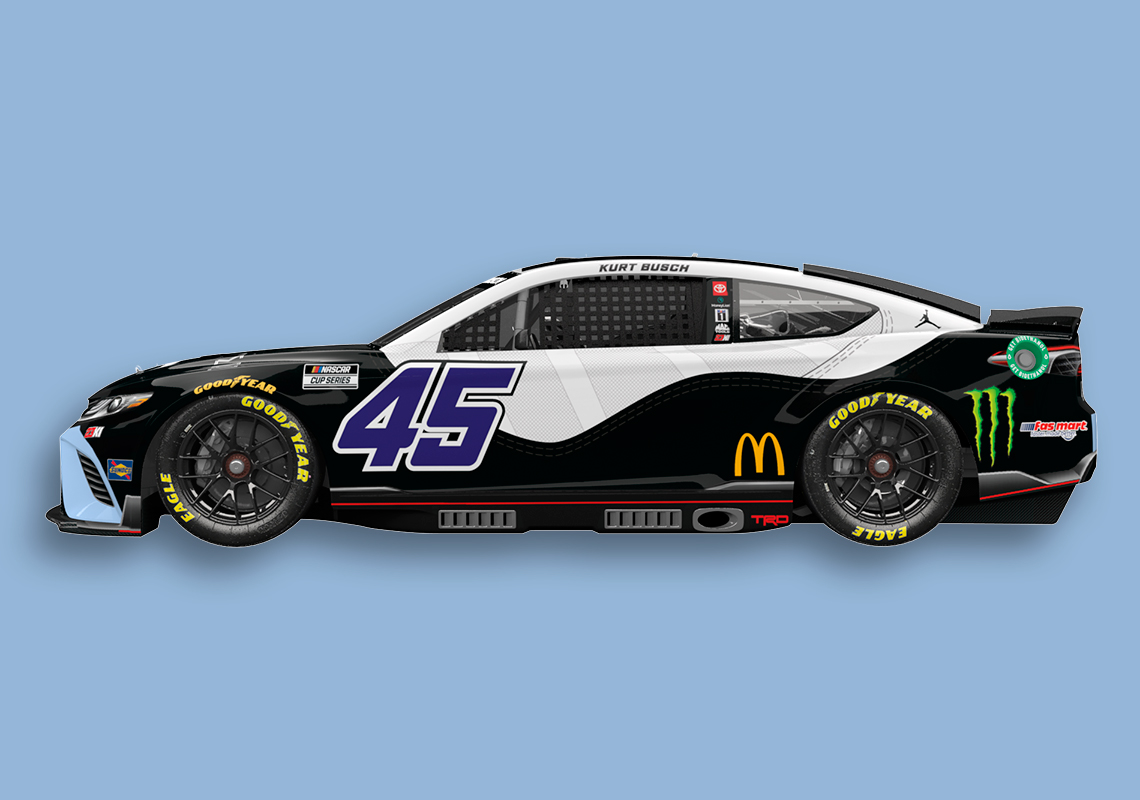 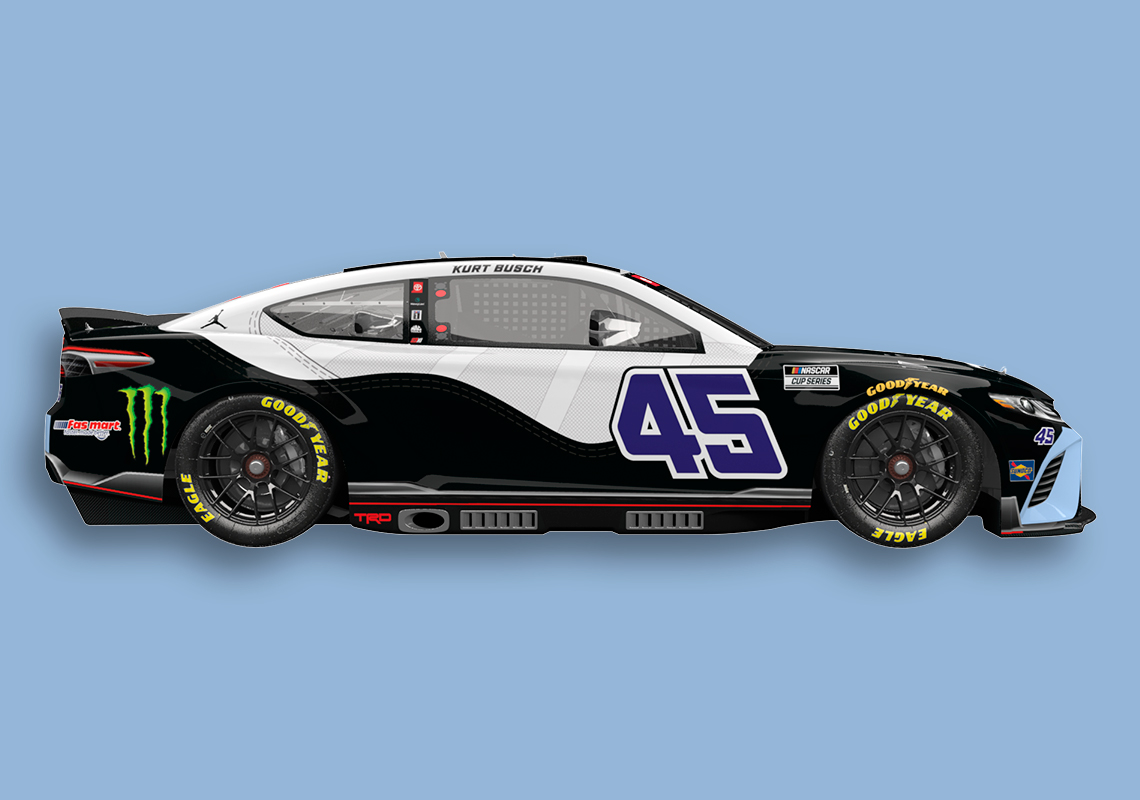 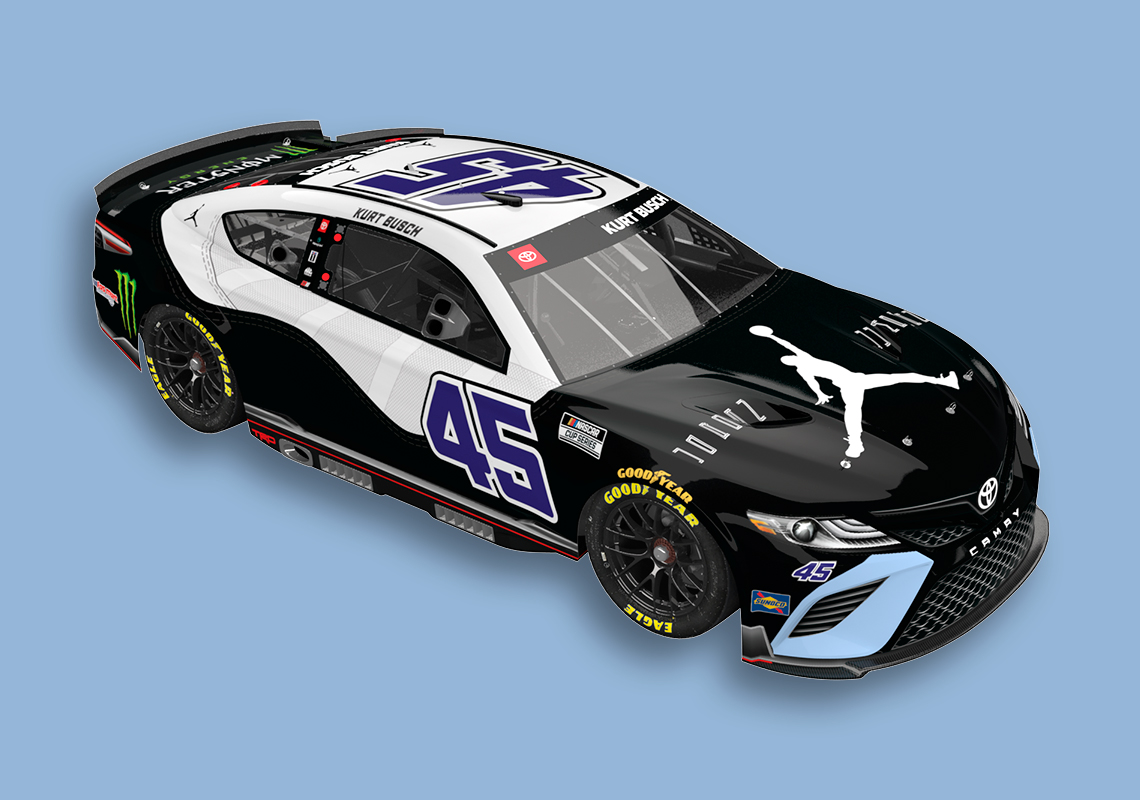 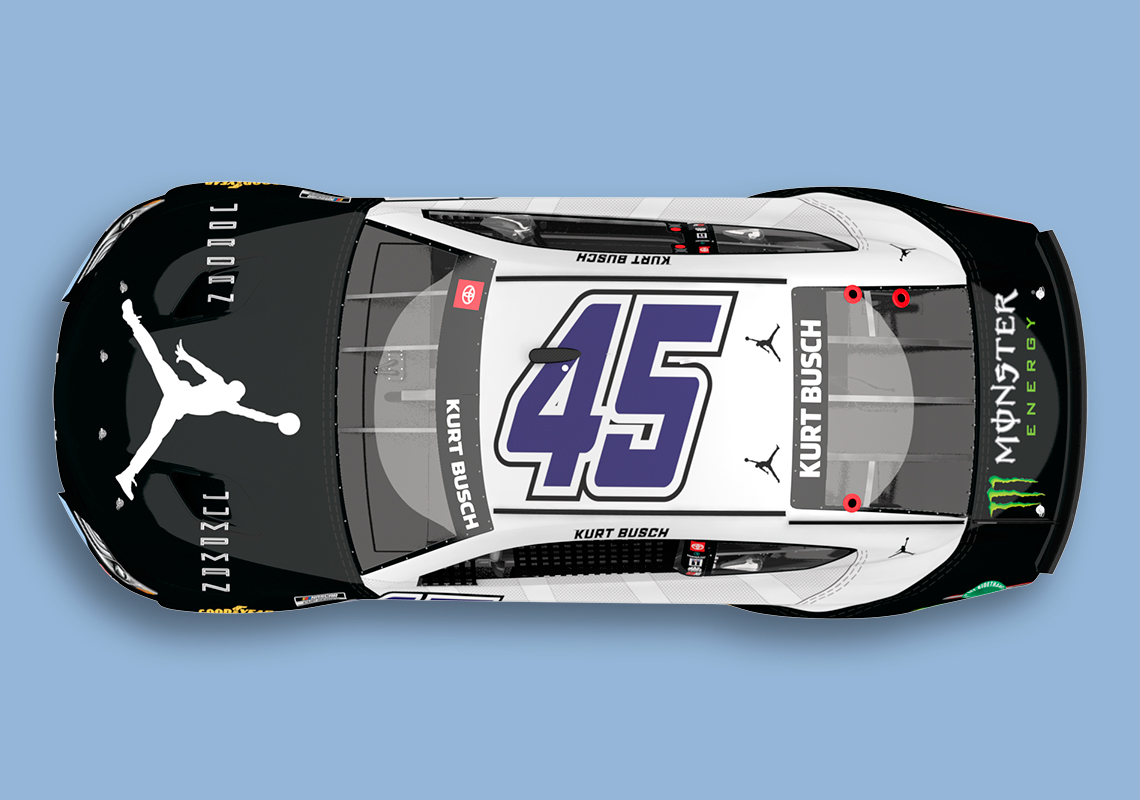 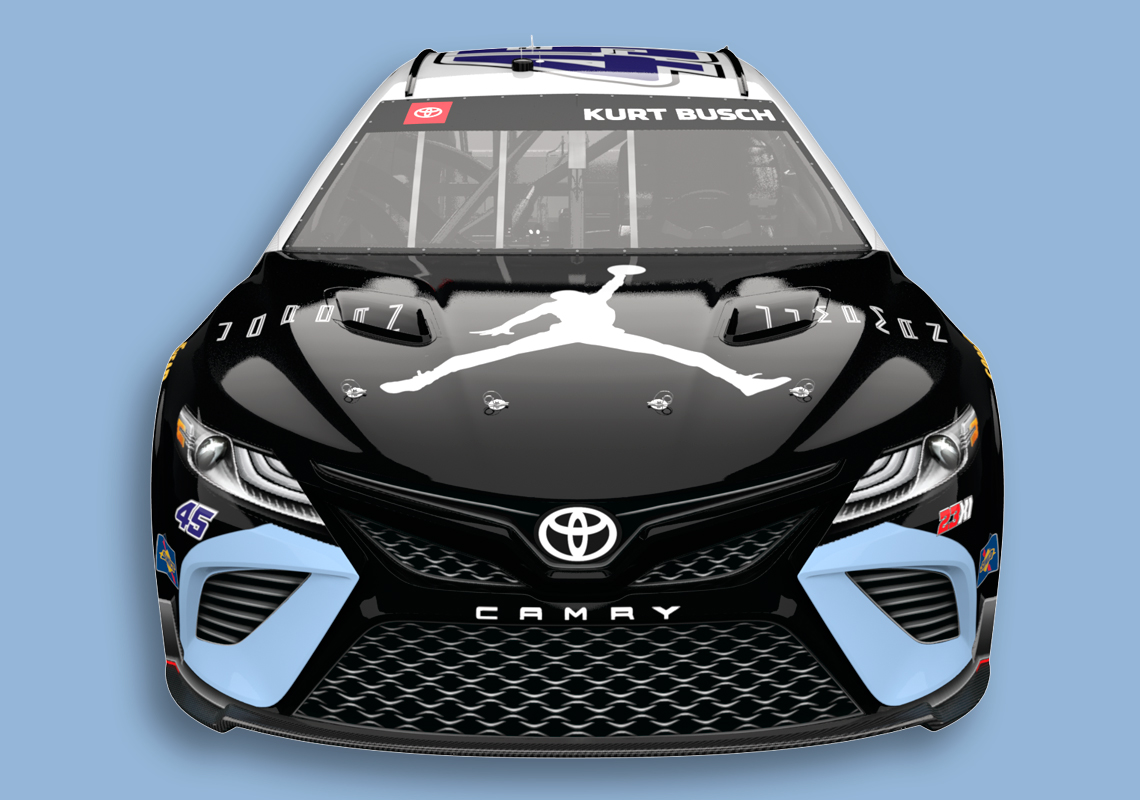 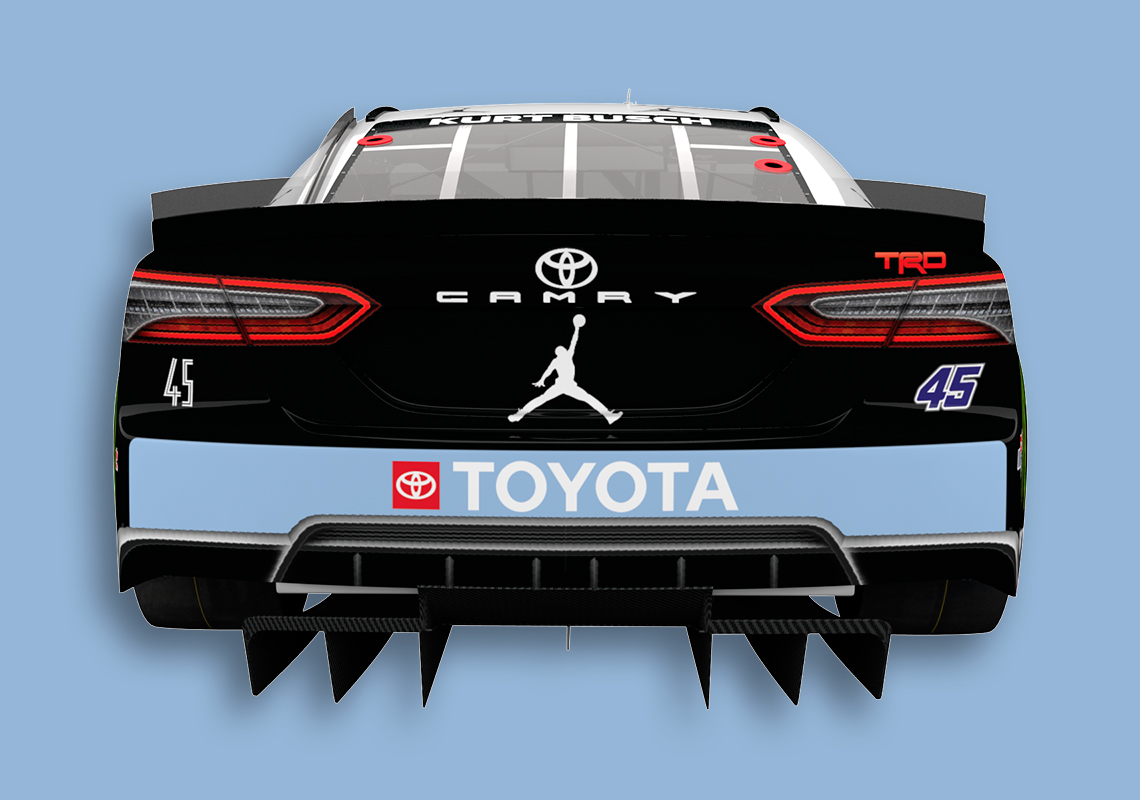