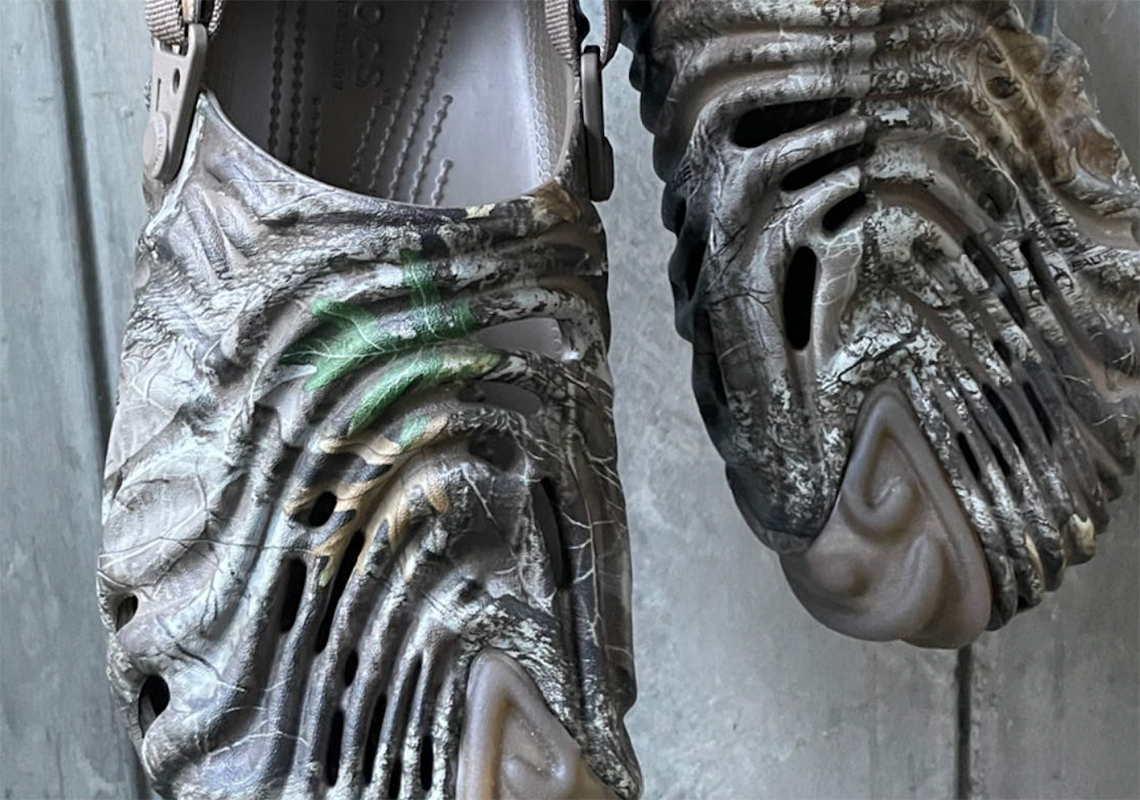 Whereas his prior collaborations only saw a limited run of releases, Salehe Bembury‘s Crocs Pollex Clog has very quickly become a regular feature, appearing in a drove of new colorways since its debut. And for its latest batch, the silhouette is not only dressing up in bright, solid colors; patterns, too, will mark the fingerprinted-inspired upper — specifically, Realtree Camo.

Quite a bit different from what we’re accustomed to, this pair effectively marks the first time the Pollex Clog has moved away from its more typical, tonal color blocking. The above-mentioned Realtree Camo is sublimated over top the shoe’s various groves, while the hardware and straps adjacent complement in a solid, light brown finish. This treatment is carried over to the footbed as well as the outsole, rounding out one of many colorways to appear in the near future.

Enjoy a close-up look at the Salehe Bembury x Crocs Pollex Clog “Realtree Camo” right here. At the time of writing this, no release date has been shared, but it’s likely we’ll be seeing these on Crocs.com soon.

In other news, a blue Air Jordan 1 Split was just unveiled. 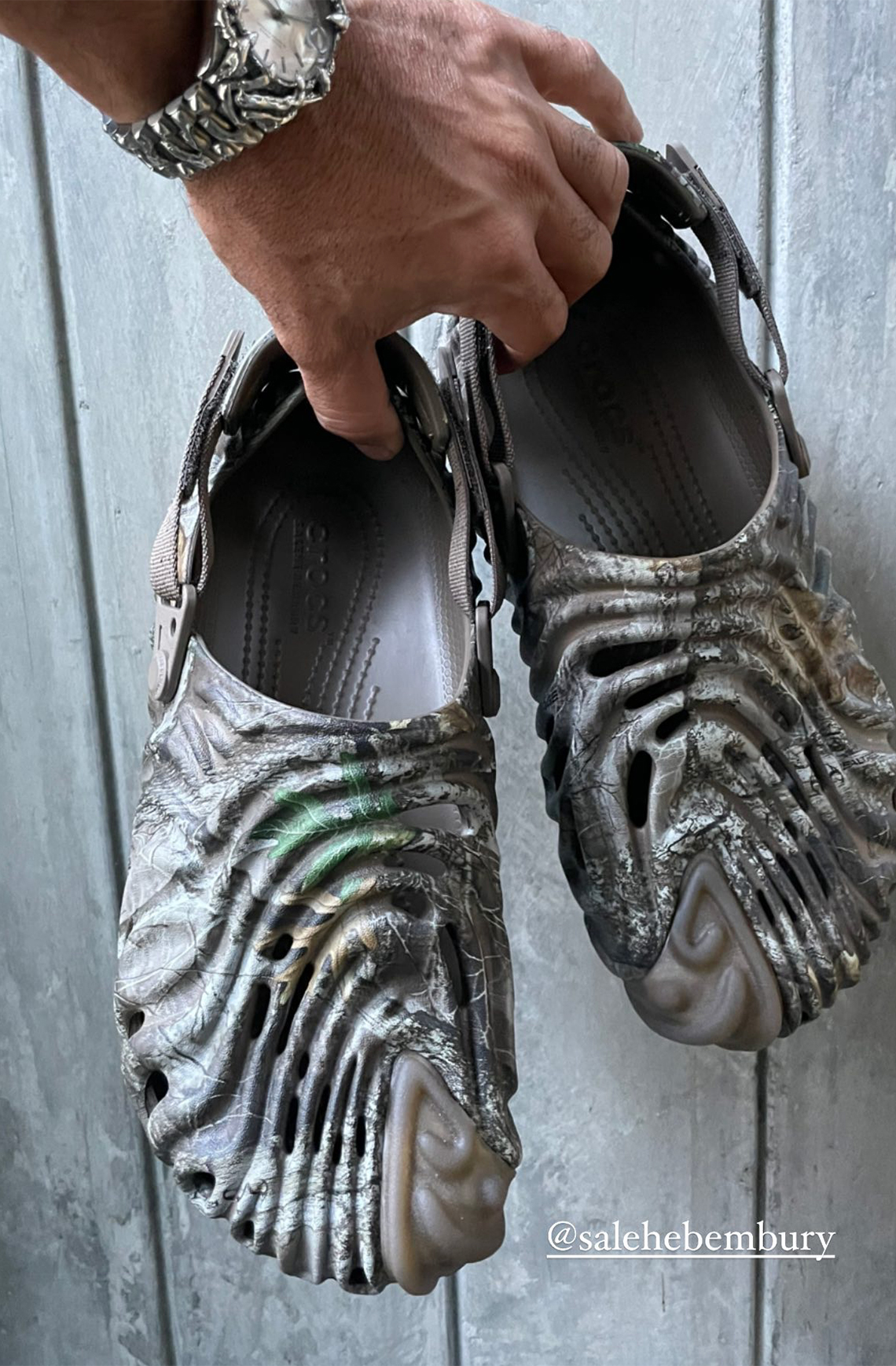